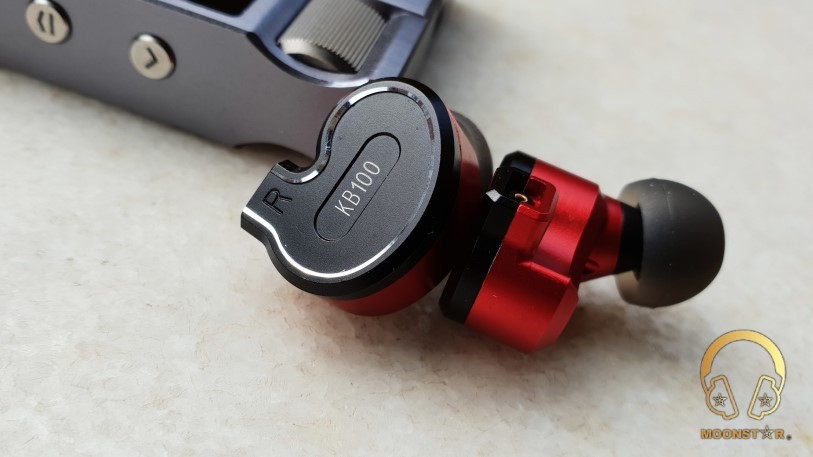 BQEYZ is a new player in the portable audio scene and that is offering wired and wireless equipments such as In Ear Monitors with Hybrid driver technology and Bluetooth cables, etc.

The BQEYZ KB100 is an In-Ear Monitor with 1 Balanced and 2 Dynamic drivers, which is available in two different color options that are a red-black and blue.

The BQEYZ KB100 was provided to me by BQEYZ via Penon Audio as a review sample.

I am not affiliated with BQEYZ or Penon Audio beyond this review and these words reflect my true, unaltered, opinions about the product.

The BQEYZ KB100 is coming in a textured black square cardboard box with the company branding on the top in silver color.

The box is containing the following items; 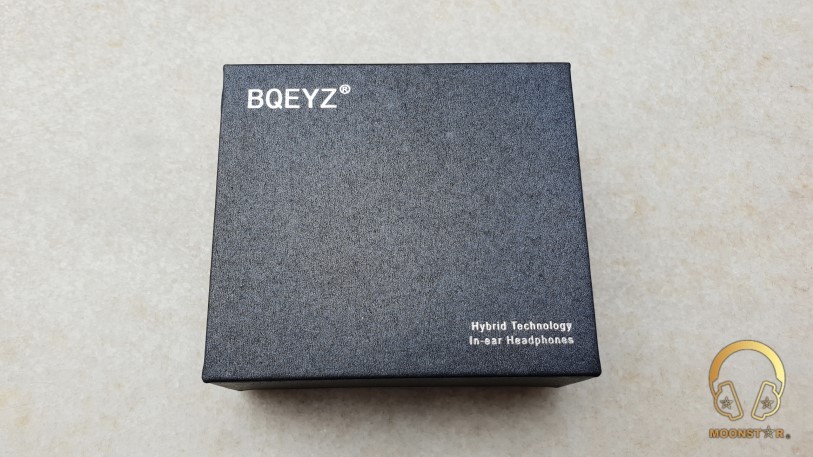 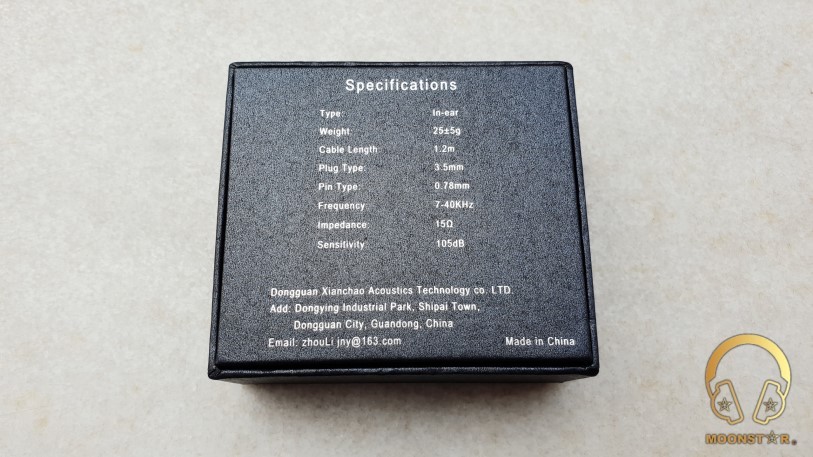 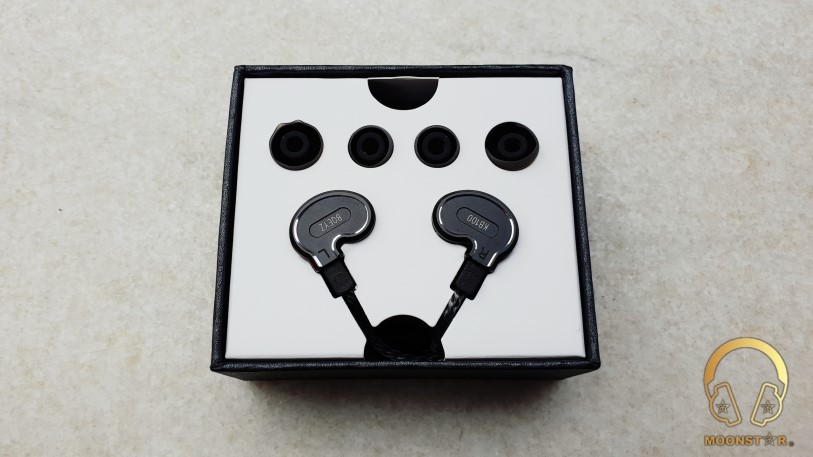 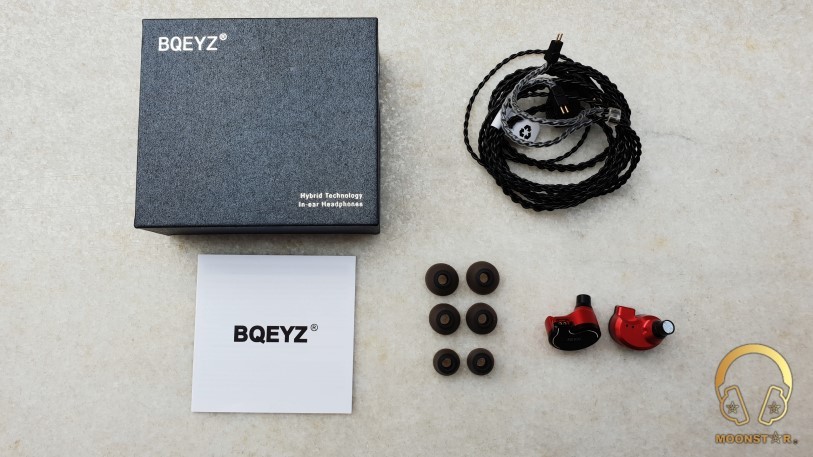 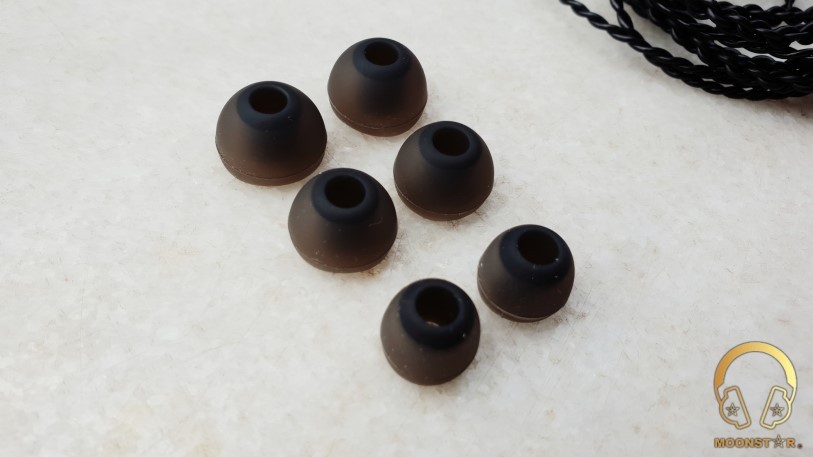 The BQEYZ KB100 In-Ear Monitor housing is made of aluminum that looks robust and shows a good build quality. The KB100 is available in 2 different color options; those are red&black and blue. My review unit came in red&black combination looks pretty nice. 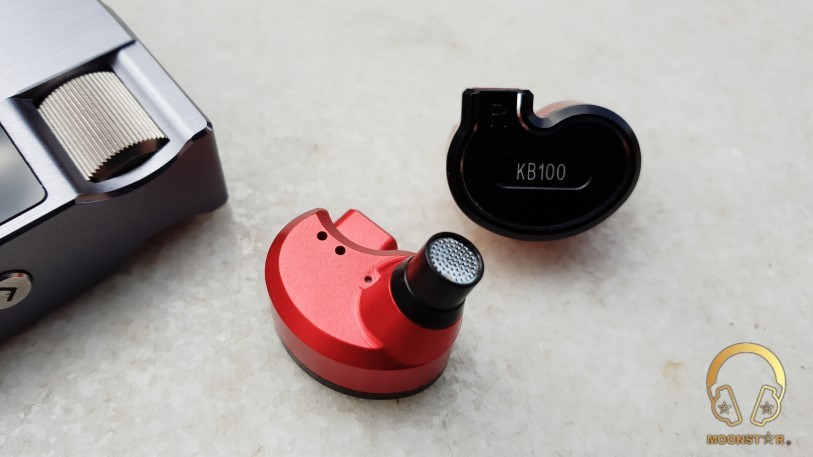 On the Top of this monitor is the 0.78mm 2-pin female connector. 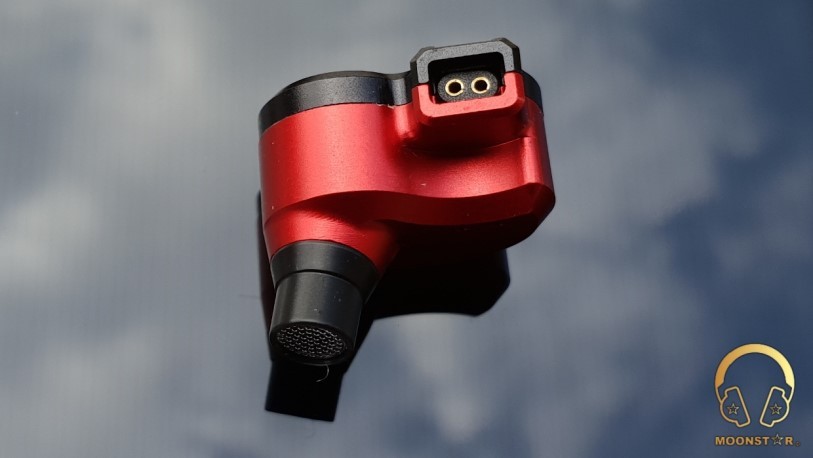 The back of the monitor shell is in red color and sports the slightly angled sound nozzle with a mesh on the top to prevent the insertion of earwax and dust. They are also two big and one smaller vent. 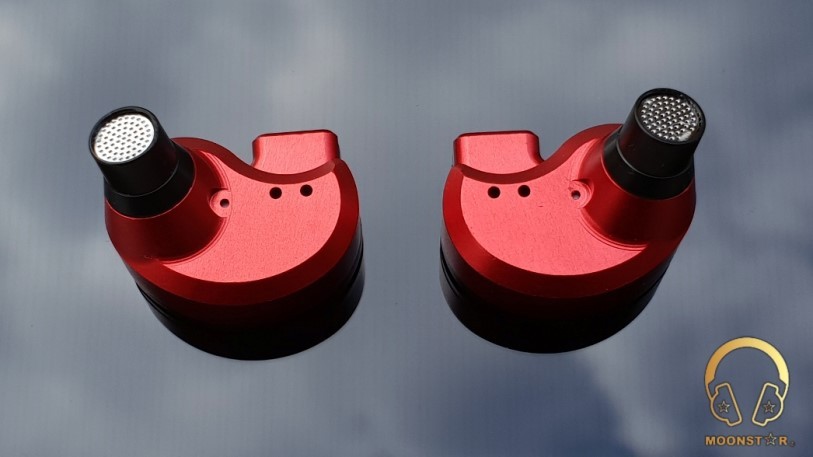 On the front is the faceplate, which is in black color with a engraving that is surrounding the edges of the faceplate. The faceplate sports also left (L) and right (R) markings and on the center of the left faceplate is the BQEYZ barding, while the right monitor has the KB100 model printing. 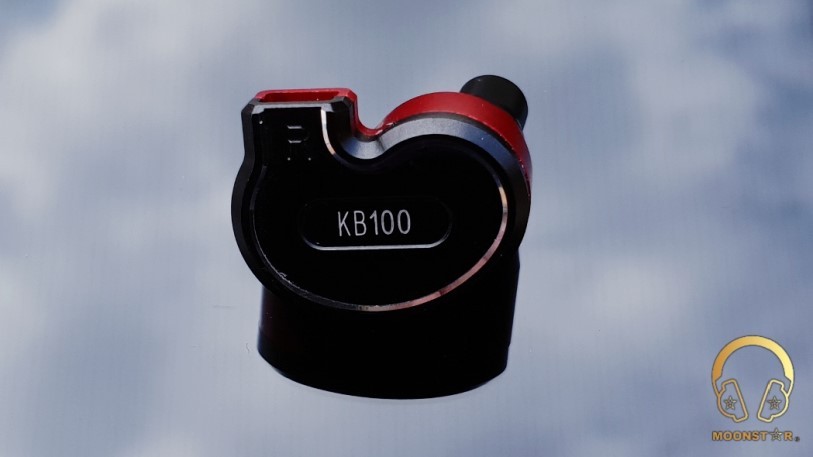 The cable that comes with the KB100 has a braided design and is made of a 4 core cooper wire, which has a black TPU coating. 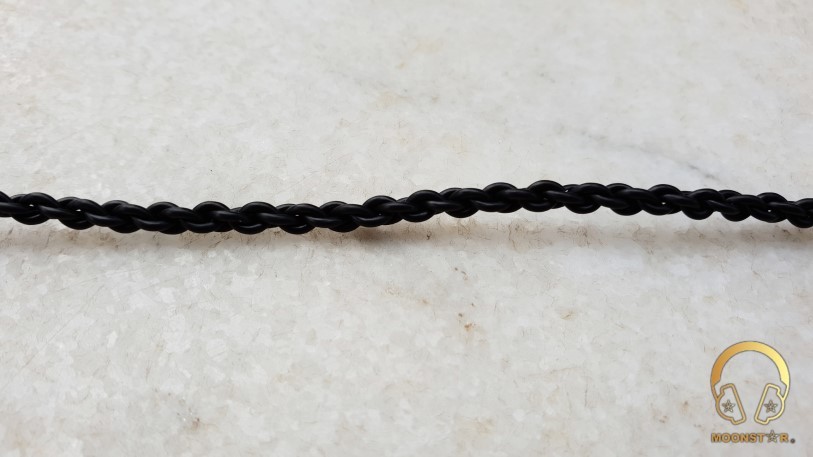 The 0.78mm 2-pin male connectors on the cable have plastic housings with left and right markings and there is a heat shrink ear guide on each side. 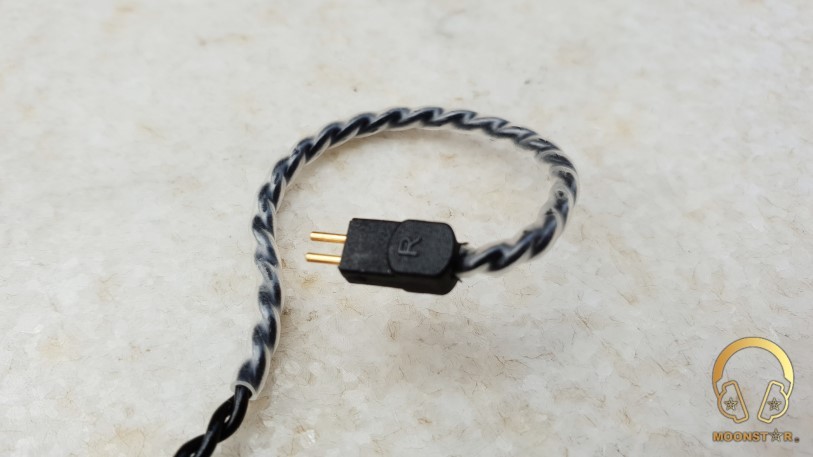 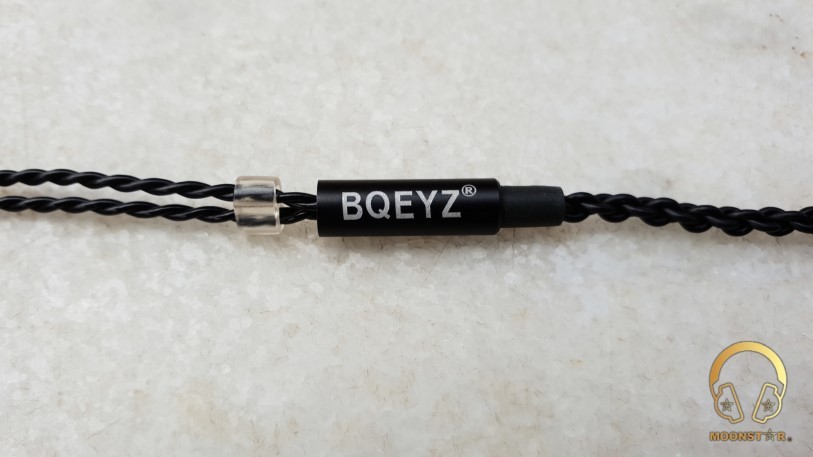 The 3.5mm TRS (3 pole) headphone jack has an L angled profile which I always prefer over a straight profiled jack. 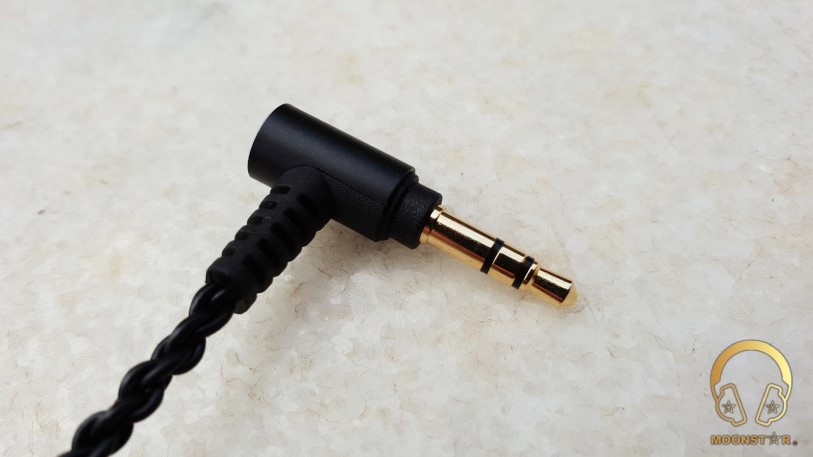 The BQEYZ KB100 has an ergonomic design and is quite comfortable to wear. The fit of this IEM is good and is showing an average level of isolation that is enough to use it in enjoinments such as bus, metro or train. 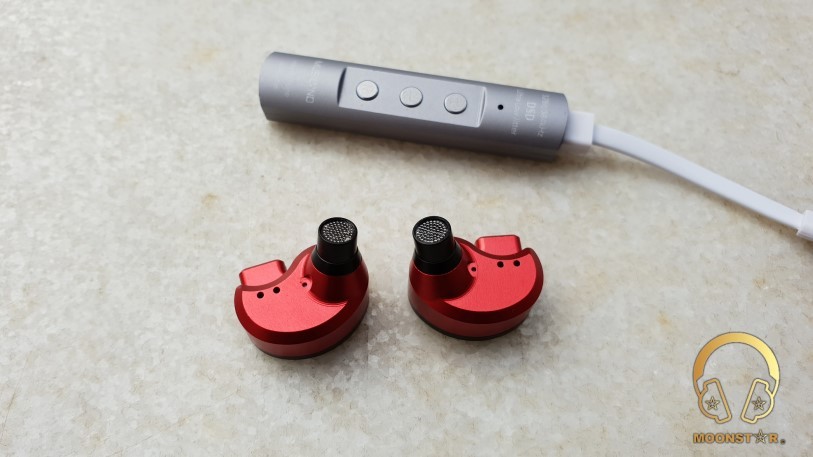 The BQEYZ KB100 is an In-Ear Monitor with a tonality that is slightly warmer than neutral. The bass is strong and the midrange is transparent and musical, while the treble shows a bright but fatigue free presentation.

PS: This review is written after a burn-in process of 75 – 80 Hours. I have used the stock Bi flange Silicone ear tip and the stock 2 pin cable during this review.

The bass which is coming form the dynamic driver is soft and has a warmish tonality. The subbass depth and extensions is pretty good, while the quantity and pressure is not too much or nor overdone. It is controlled and doesn’t sound overwhelming.

The midbass on the other hand are strong and hits pretty punchy, without any noticeable midbass hump that could ruin the overall presentation. The midbass quantity and pressure is above average hand while the final hits are hard and distinct.

The general bass speed of the KB100 is above average and can easily handle genres that need a fast bass presentation.

Instruments such as bass guitars sounding thick and warm, electro guitars are bright and soft, while the bass character of cross drums are pronounced and snare drums are tight. 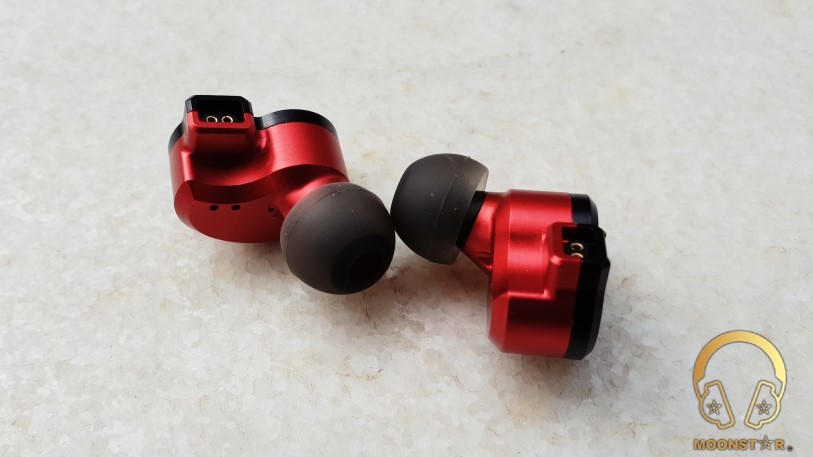 One of the good features of the BQEYZ KB100 is the slightly forward midrange presentation, which is rarely found in IEM’s in this price range.

The midrange of the KB100 sounds clear, slightly warm and detailed where instruments are sounding musical, soft and fairly natural.

The BQEYZ KB100 is showing a good separation and definition of instruments with a natural but fairly musical presentation. Instruments such as acoustic guitars are a bit bassy, warm and soft, while violins have a warm, slightly thick and emotional tonality. 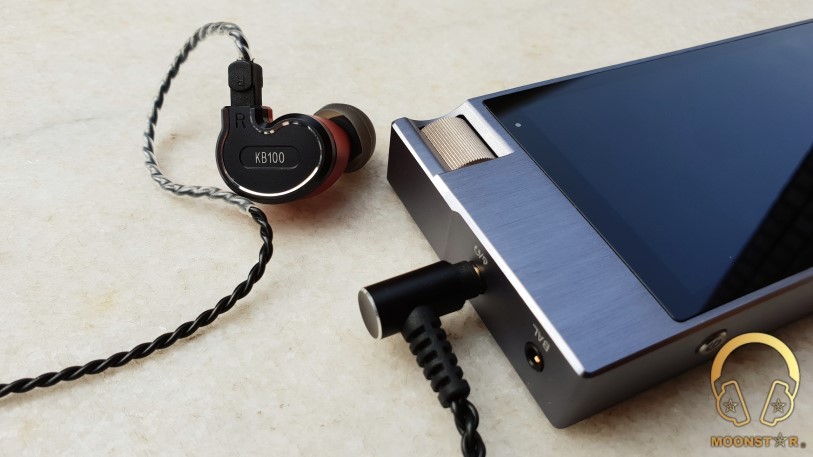 The BQEYZ KB100 has lightly pronounced upper midrange region that is not very forward positioned and is showing a pretty soft transition. It is very controlled and there is no sharpness or unnecessary sparkling and shows a warmish, soft and musical tonality.

Violins are a bit on the brighter side and have good extensions, while pianos are showing a hint of warmness and a smooth presentation without any remarkable sharpness.

The treble range of the BQEYZ KB100 is positioned slightly behind the bass and the midrange, while is shows a smooth and musical presentation without any remarkable sharpness and fatiguing harshness.

The treble range of the BQEYZ KB100 is showing an average airiness, good resolution with above average speed and extension.

The soundstage performance and the separation of instruments that the BQEYZ KB100 is showing are pretty good regarding its price. The soundstage width and depth is parallel to each other and are showing a moderate expansion and depth. 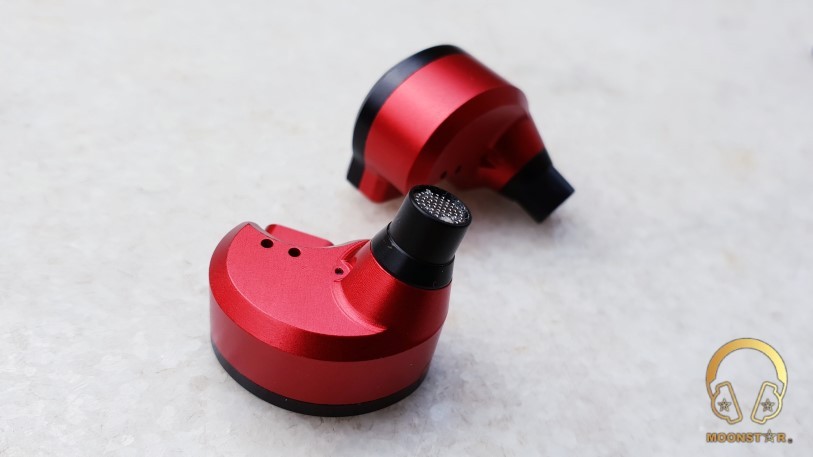 The SHOZY Hibiki shows sharply V shape sound character with a neutral to bright tonality, while the BQEYZ KB100 has more bass, forward oriented midrange along with a warmer than neutral tonality.

The KB100 is in terms of subbass quantity and depth superior to the Hibiki. The same situation exists in the midbass region, where the KB100 has the upper hand for both quantity and extension. The only area where the SHOZY Hibiki is better than the KB100 is the speed and tightness of the bass.

The midrange of the SHOZY Hibiki is sounding pretty neutral and dry, while the KB100 sounds lush and with more body and emotion.

The Hibiki is more successful with female vocals due to the more pronounced upper midrange, while the KB100 is superior in terms of male vocals. Male vocals are sounding a bit dry and thin with the Hibiki IEM, while the KB100 shows a thicker and more emotional in its presentation.

The upper midrange of the BQEYZ KB100 is smoother and more controlled than those of the SHOZY Hibiki, which sounds a bit too bright, sharp and uncontrolled in this area. The Hibiki shows a bit more detailed in this area, while the KB100 has the upper hand in terms of control and a fatigue free experience.

The treble range of the SHOZY Hibiki is more pronounced, vivid and bright than those of the BQEYZ KB100. The Hibiki has the upper hand for quantity and extension, while it is not as controlled and forgiving as the KB100, which has the upper hand for control. The KB100 doesn’t sounds harsh like the Hibiki with some instruments such as cymbals, pianos or violins and is ideal for those who are sensitive to treble brightness.

Both In-Ear Monitors have a suitable stage for several instruments. The main difference is that the SHOZY Hibiki has a slightly wider stage, while the BQEYZ KB100 is superior in terms of soundstage depth. 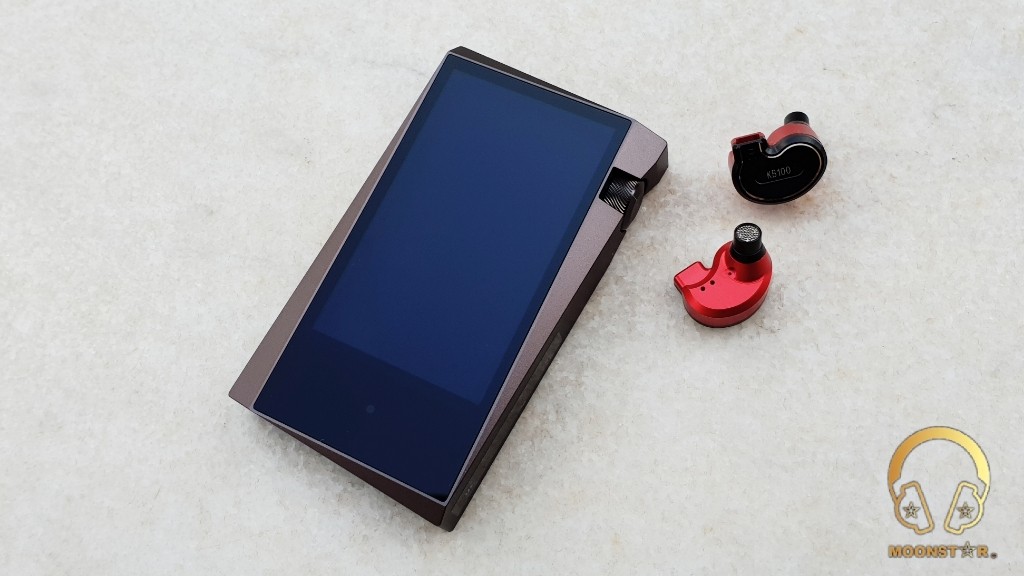 The SHOZY Zero is an IN-Ear Monitor with a warmer tonality than those of the BQEYZ KB100 that sounds closer to natural.

The subbass of both IEM’s is showing a good depth and extension, while the KB100 shows slightly more depth and quantity.

The midrange of the SHOZY Zero is slightly more recessed than those of the BQEYZ KB100. Both In-Ear Monitors are offering a lush and musical midrange, while the KB100 is offering a more transparent and airy presentation.

The SHOZY Zero is more suitable for male vocals due to its lower midrange tuning, while the KB100 is superior in terms of female vocals performance with its clear and well extending upper midrange character.

Both In-Ear Monitors are successful in the upper mids and treble range. The upper midrange of the SHOZY Zero is more pronounced and sharp, while the BQEYZ KB100 sounds smoother and controlled. The Shozy Zero is slightly better in terms of upper midrange detail and extension.

The treble range of the SHOZY Zero is a bit recessed compared to those of the BQEYZ KB100. The KB100 is superior to the Zero in terms of treble detail, extension and quantity. 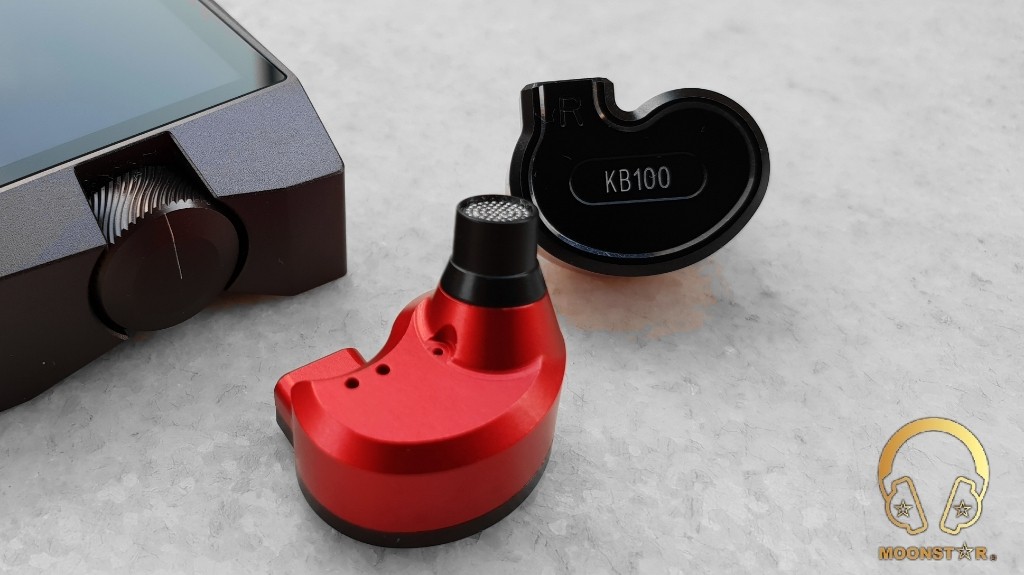 BQEYZ is a new player in the portable audio scene while the KB100 sounds quite mature with its sound. The combination of good sound, good build quality for a perfect pricing makes me curious about future products of this company.