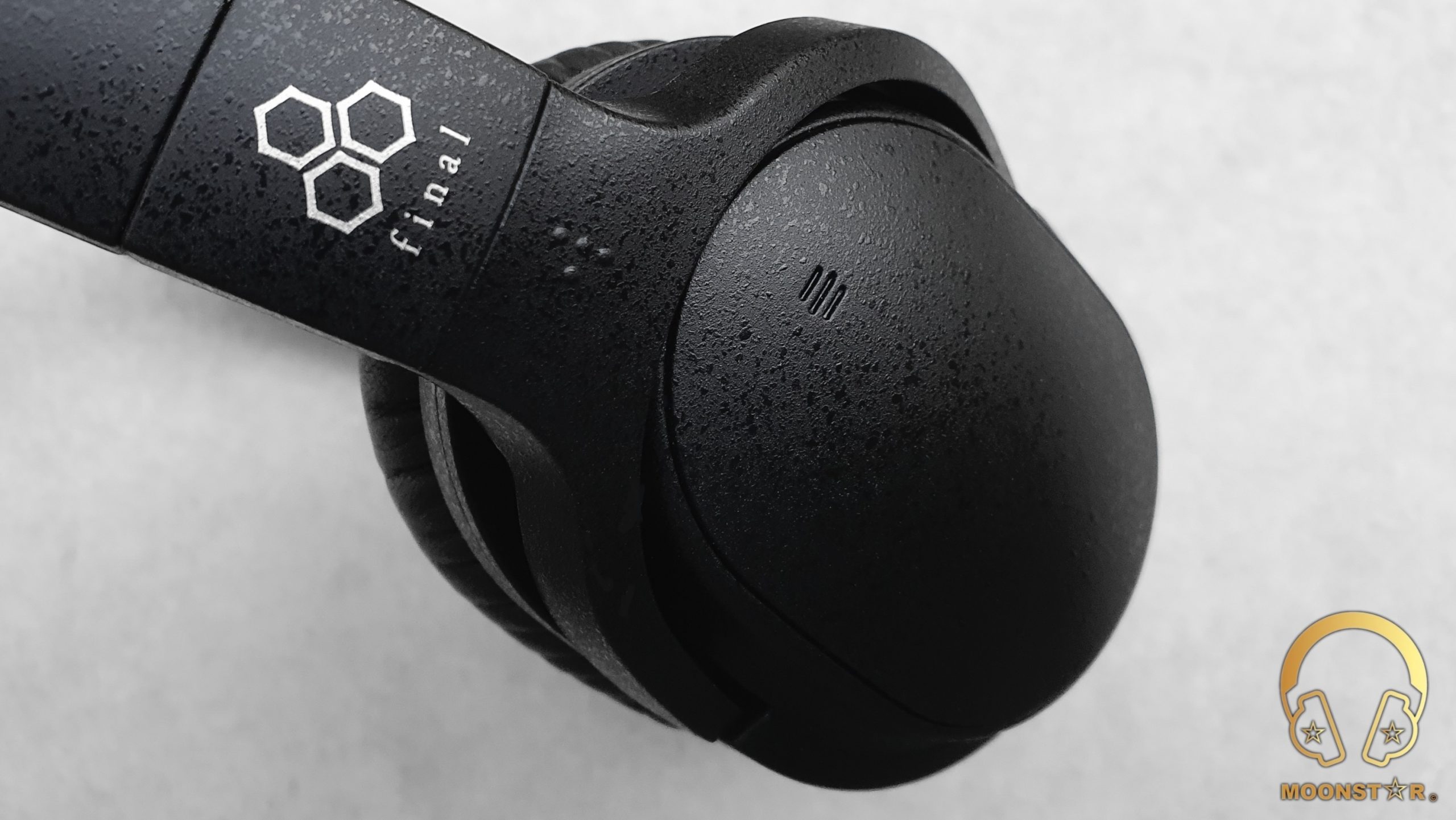 final is a company that sells high-end audio earphones and headphones under its own brand final as well as conducting component technology development, product planning, design, planning, manufacturing and sales of other companies’ brands.

The company was established in 2007. It began as a subsidiary of the major American connector manufacturer Molex; in 2014, it went independent through an MBO by the current management team. Now is what you would call its second formation.

The UX3000 is the first wireless overhead headphones from final brand featuring active noise cancelling with hybrid noise cancellation methodology. The UX3000 can be used both in wireless and with a cable that is included to the package. It supports the BT 5.0 standard and Bluetooth sound codec’s like SBC, AAC, aptX and aptX Low Latency.

The Final UX3000 was provided to me for free of charge for review purposes. I am not affiliated with Final or any third person beyond this review and these words reflect my true and unaltered opinions about these products.

The actual price of the Final UX3000 TWS ANC Headphone about 149,00 US$. More information’s can be found under the link below;

The Final UX3000 came inside a white cardboard box that sports the product illustration and some product related brandings and details on its surface. 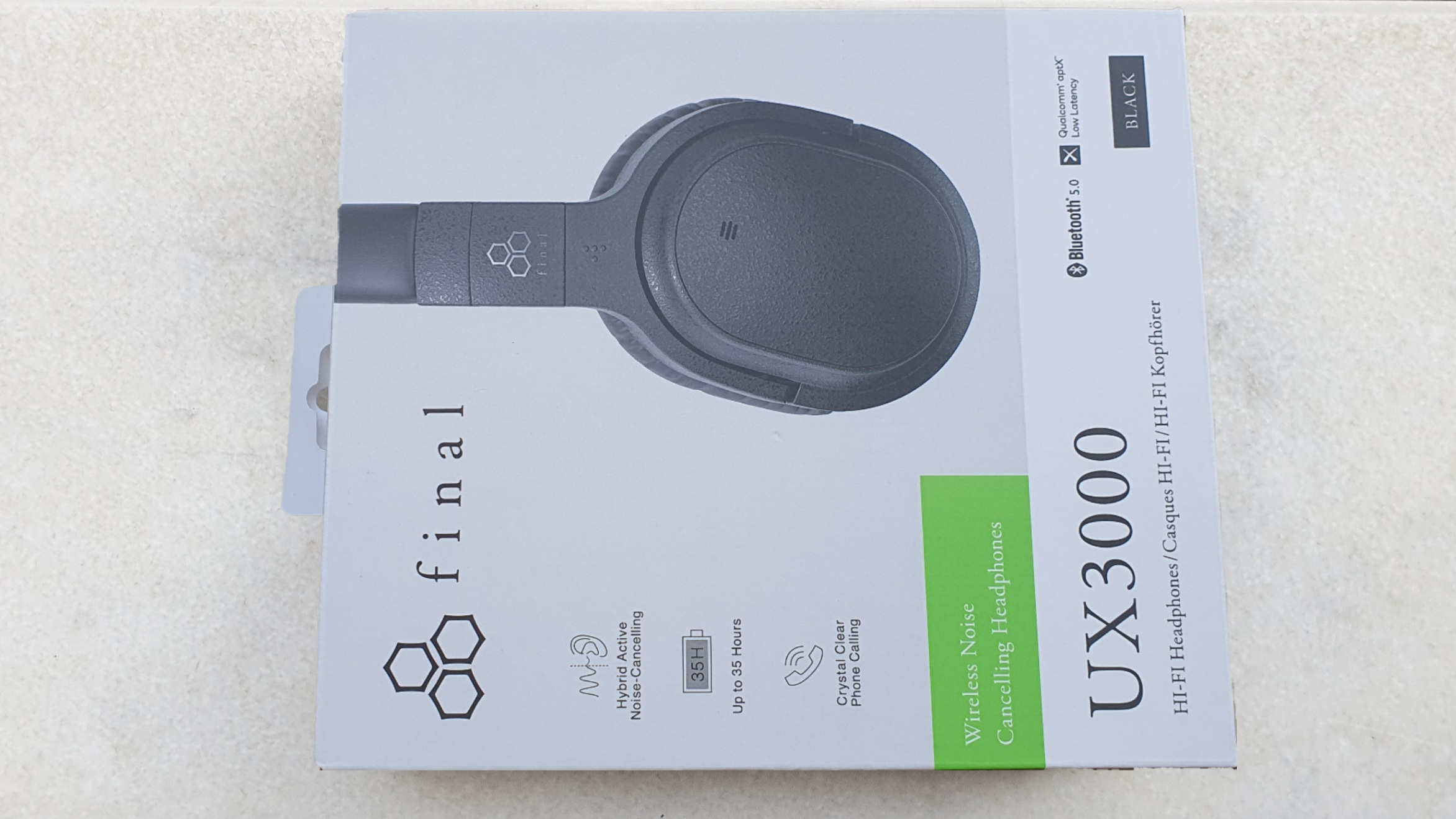 Inside the box are the following items/accessories: 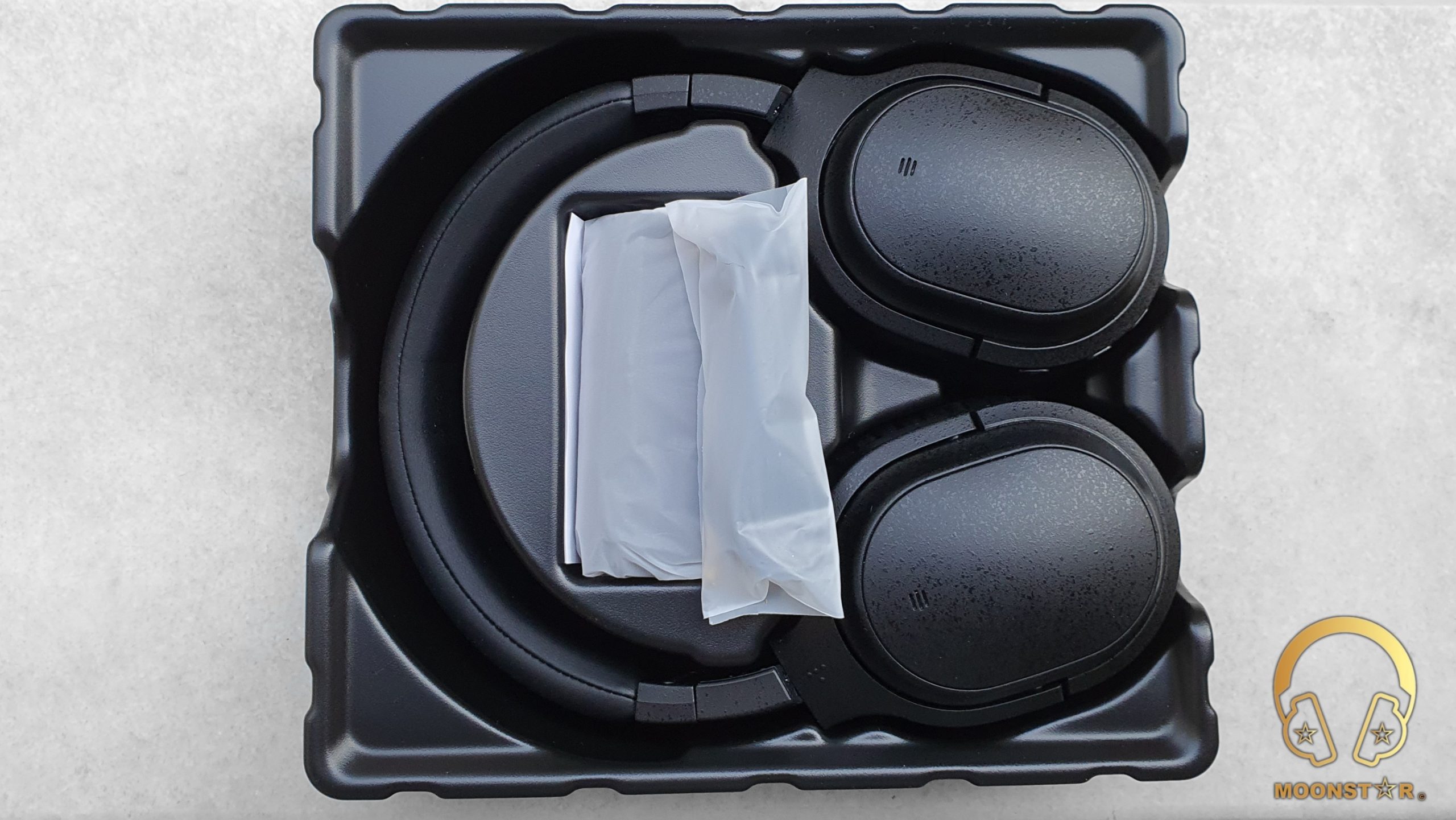 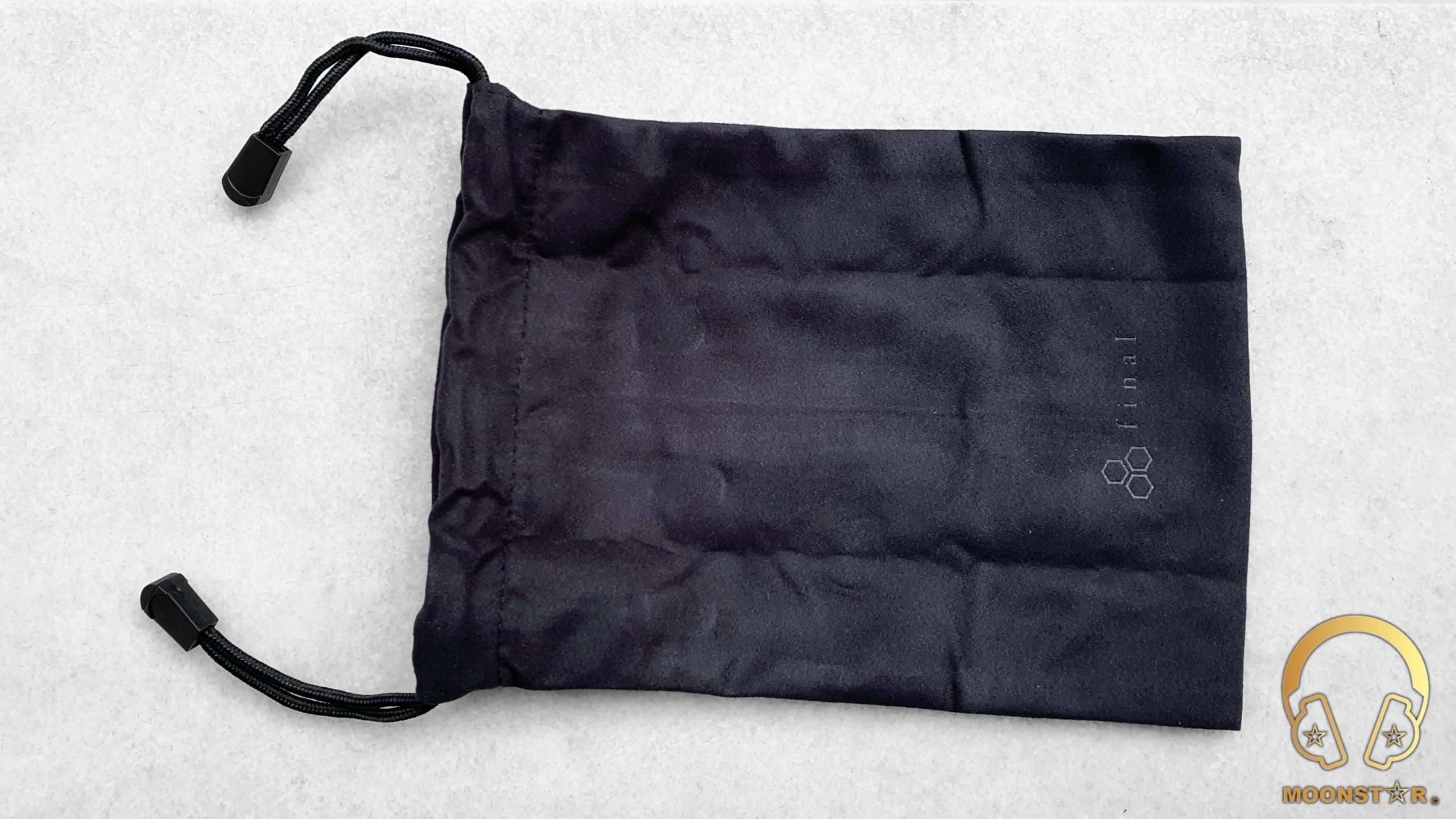 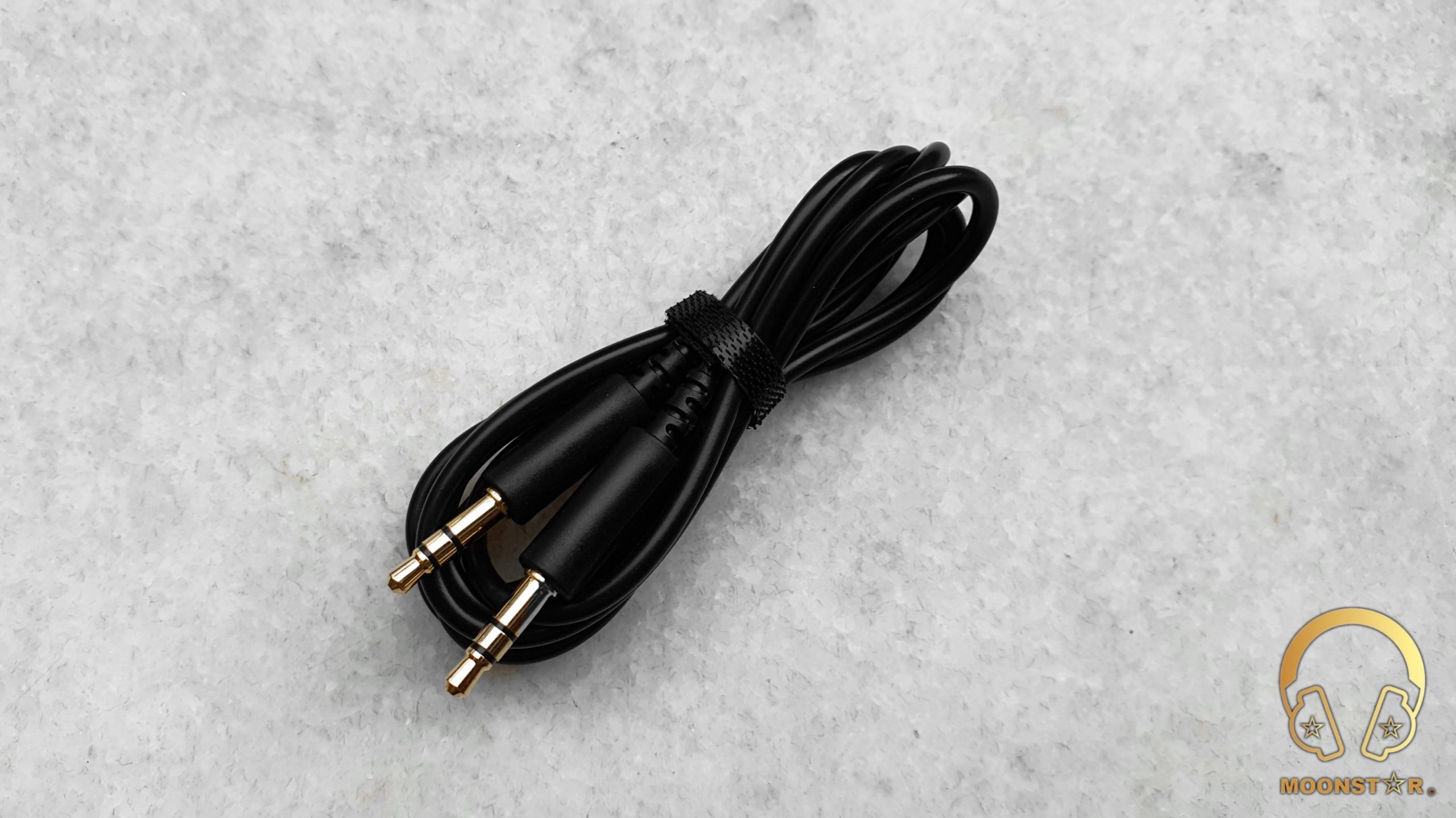 The Final UX3000 is a True Wireless (TWS) headphone with that you can carry easily everywhere thanks to its foldable and lightweight design, which was possible to archive by the use of strong but lightweight plastic material. 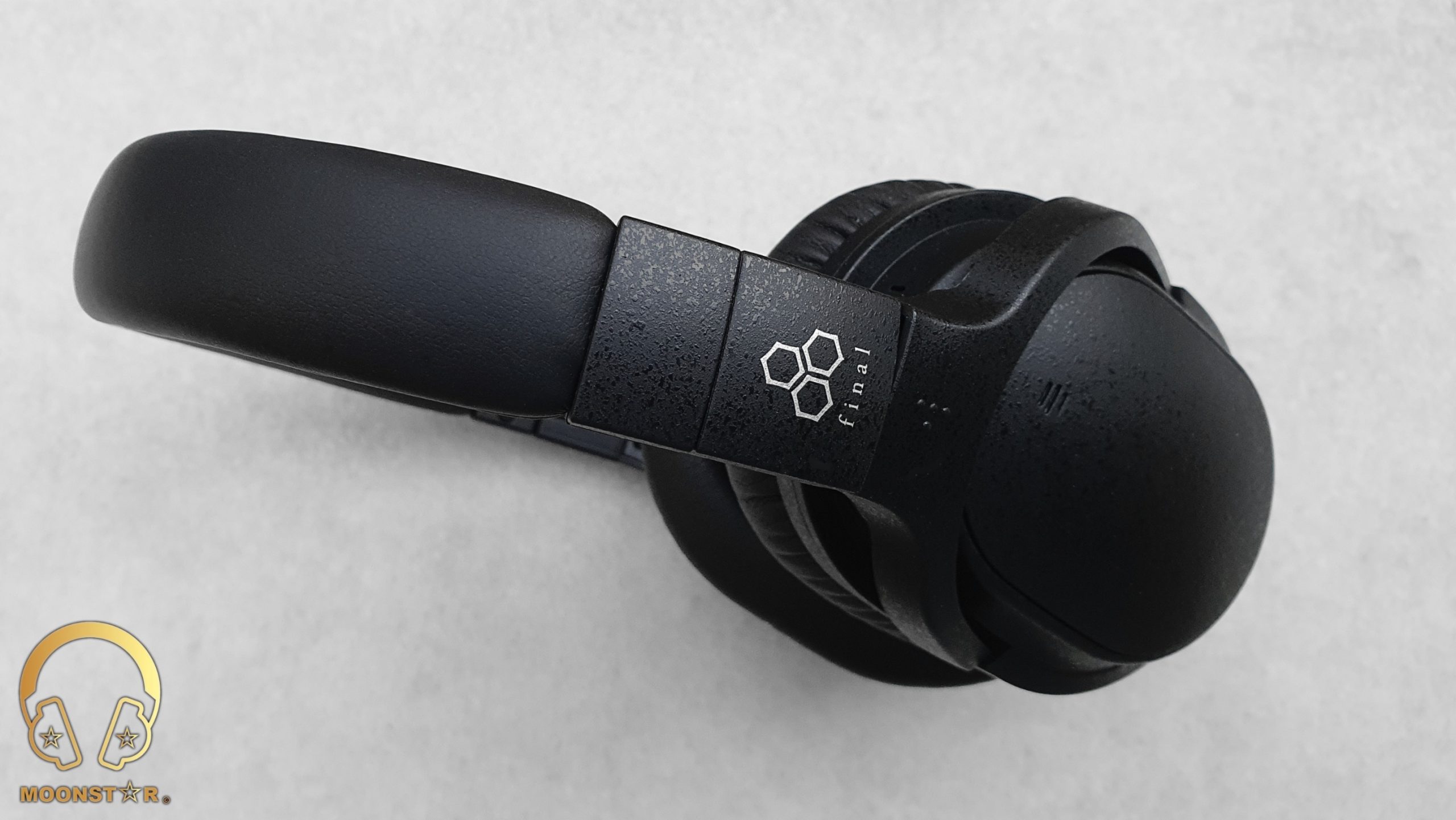 The surface of the headphone has a Stylish SHIBO coating, an old Japanese word meaning a wrinkle on the surface of paper or leather. This coating is commonly used by high-end cameras to create dirt and fingerprint resistant surface. 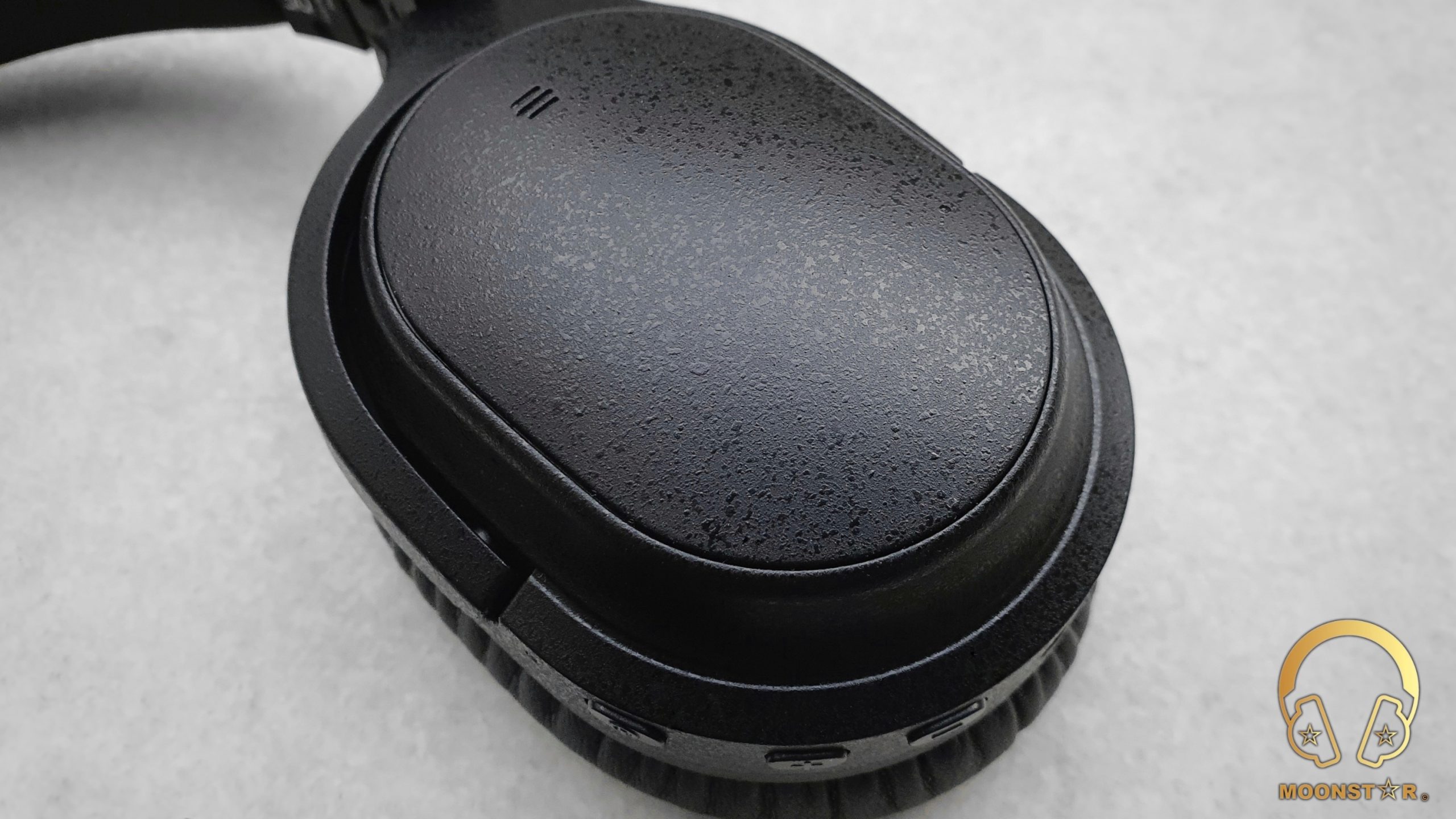 The ear cups do have an average size that doesn’t completely surround yours ears. 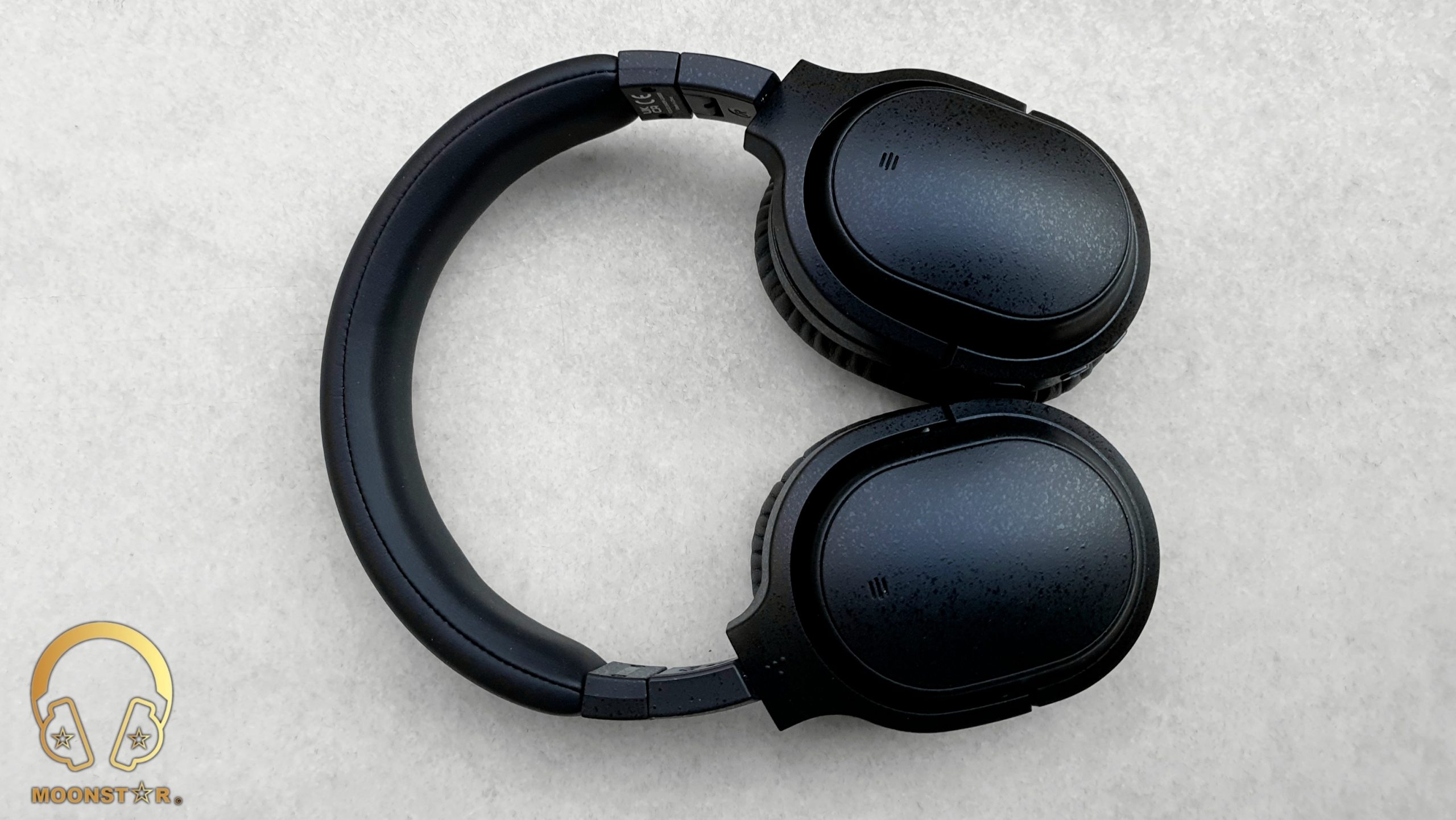 Each ear-cup features an extra mic located under a opening, which are part of Final’s Hybrid Noise Sensing System. 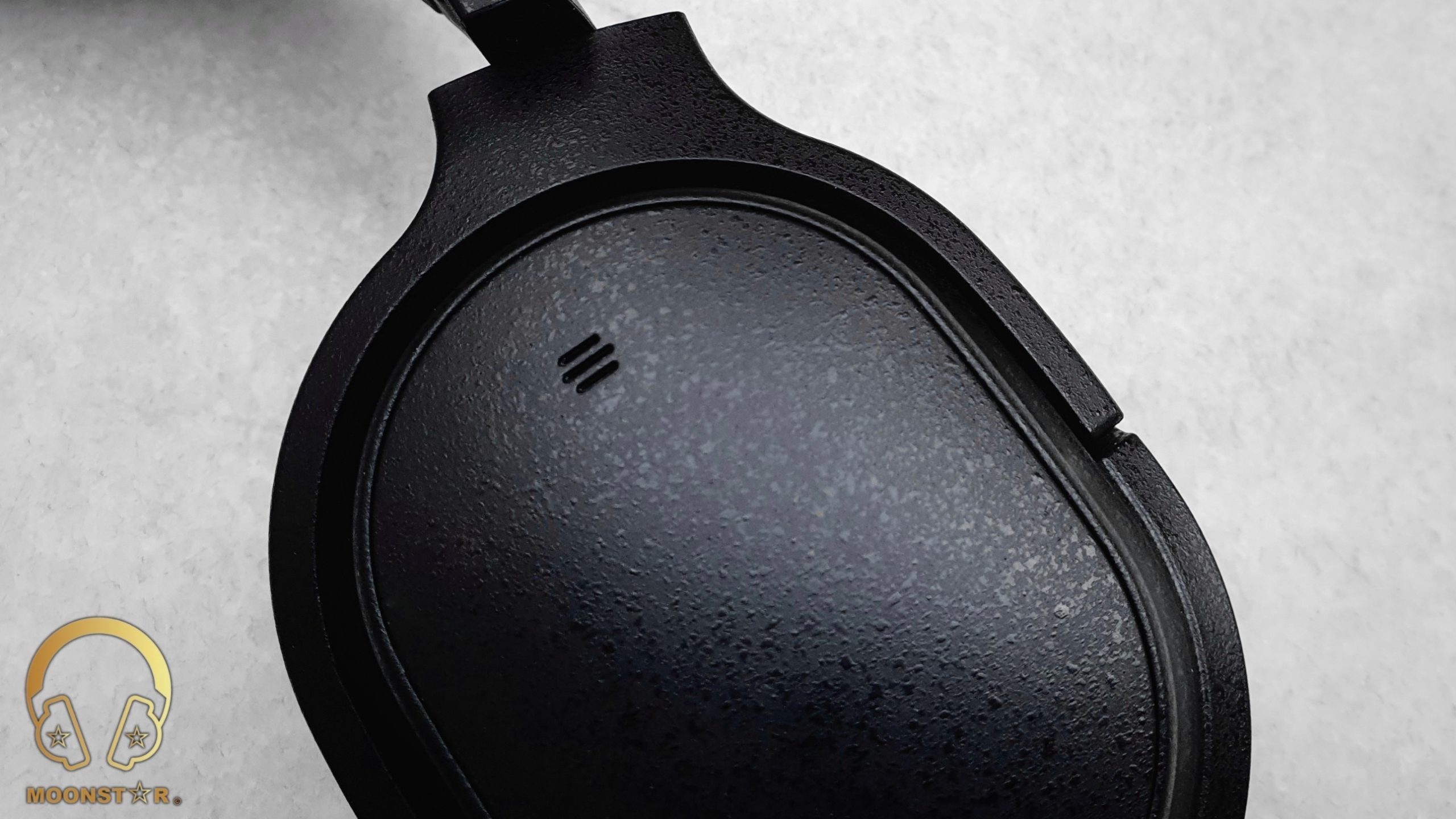 The left ear cup sports the ANC (Active Noise Cancellation) Button and the USB Type-C charging port and a small LED indicator that gives information about the charging status. 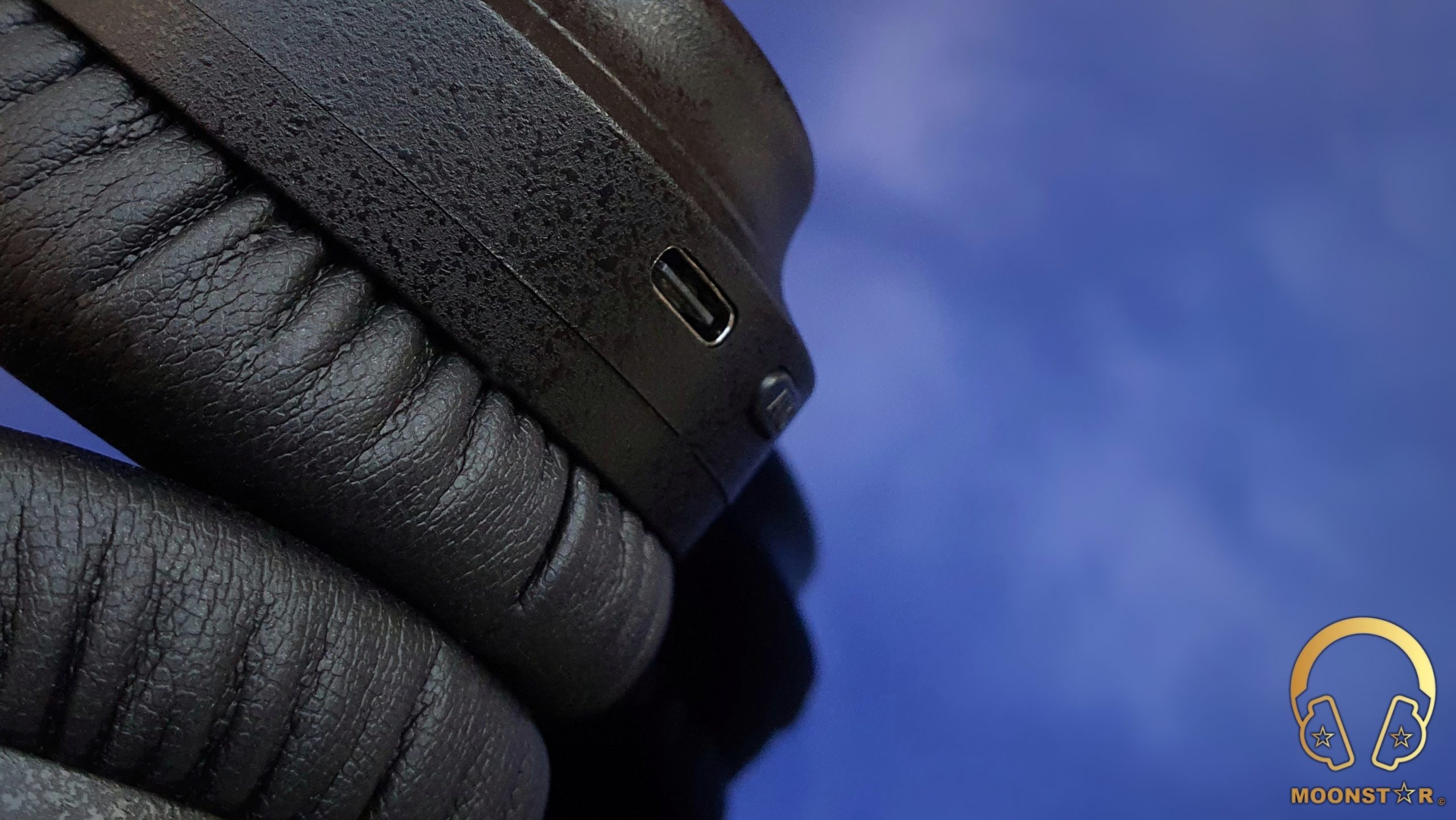 The right ear cup features some multifunctional buttons, which are the power button (power, play and pause, etc.), volume up (next track) & volume down (previous track) buttons and a second LED indicator that gives information about Bluetooth and ANC status. 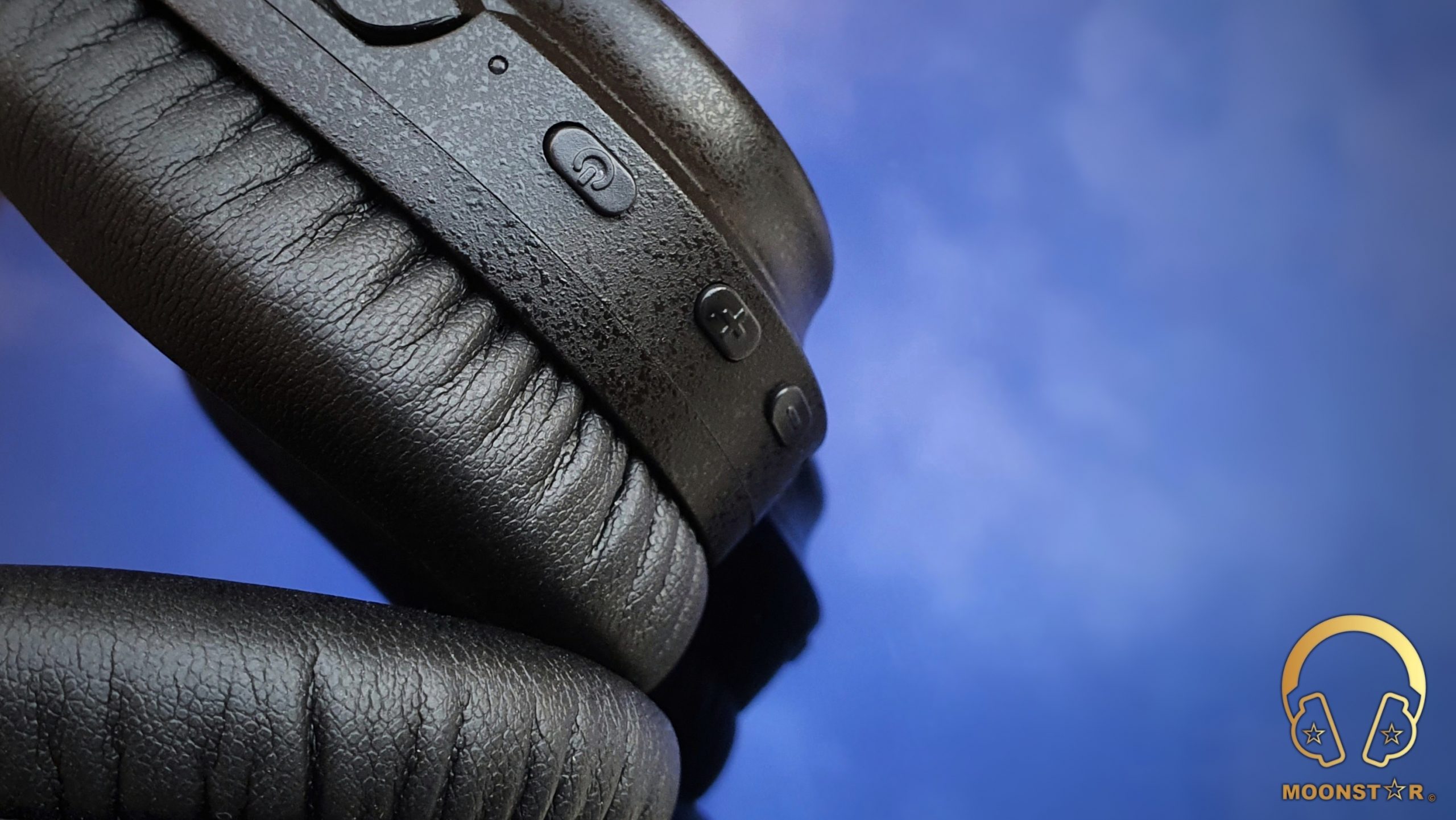 Here is also the 3.5mm headphone port to use the UX3000 in wired mode with the cable that is included inside the package. 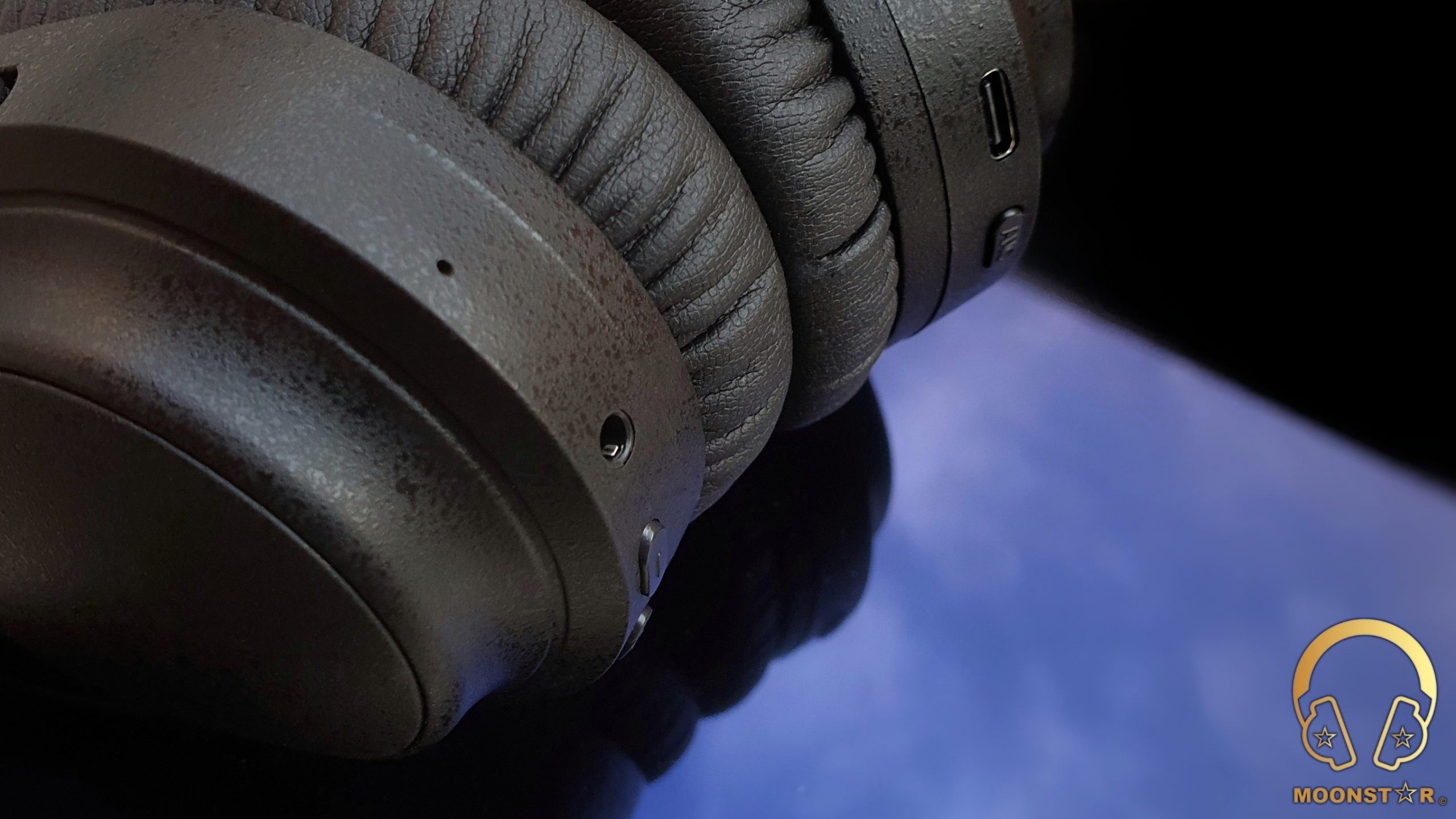 The ear pads of the UX3000 are pretty soft and comfortable even after longer listening periods. The ear pads do have a pleather surface (protein leather) which is a faux leather material. 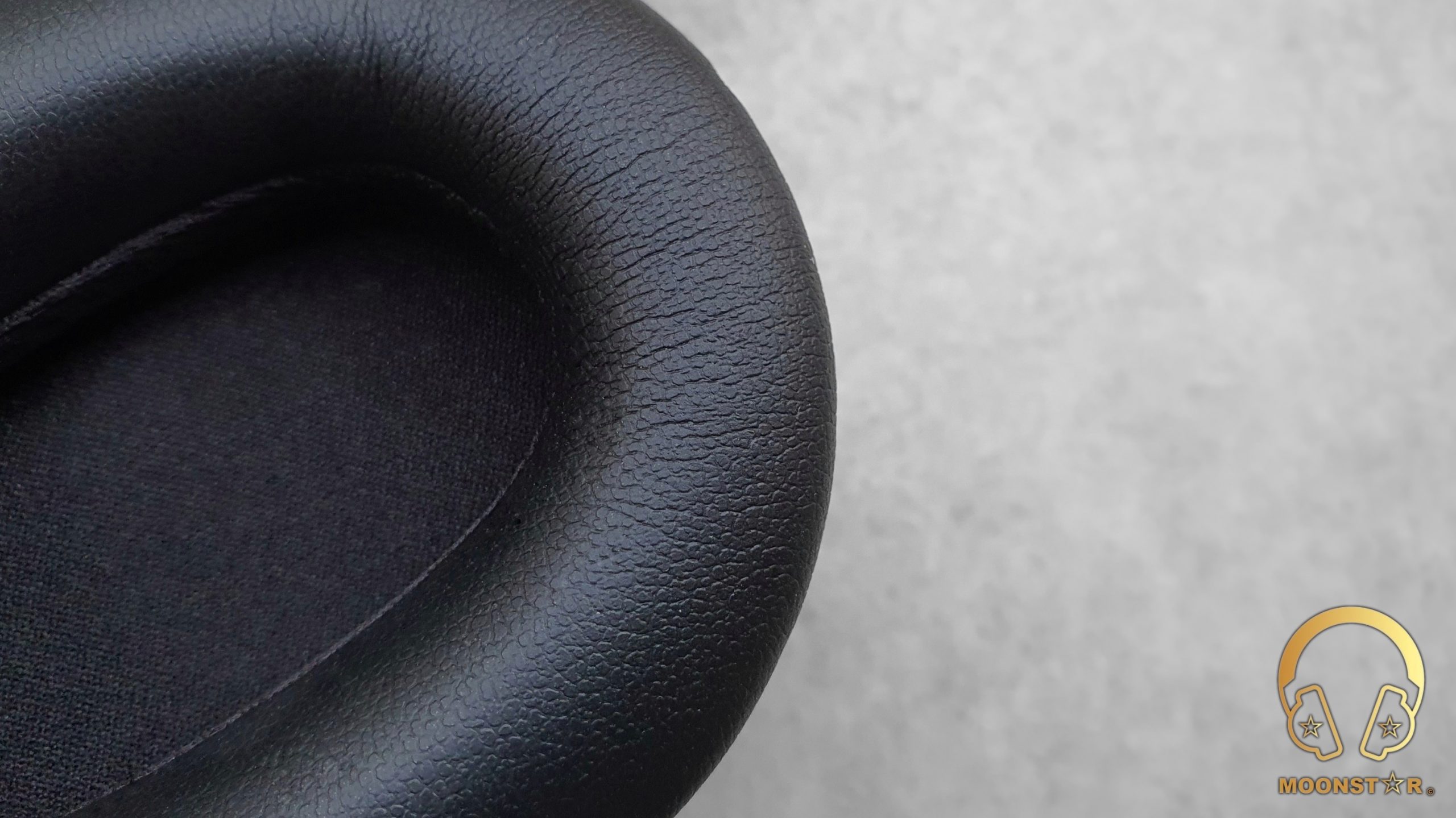 The top of the headband has a pretty soft padding with a that is enclosed with a the same pleather material like the ear pads. 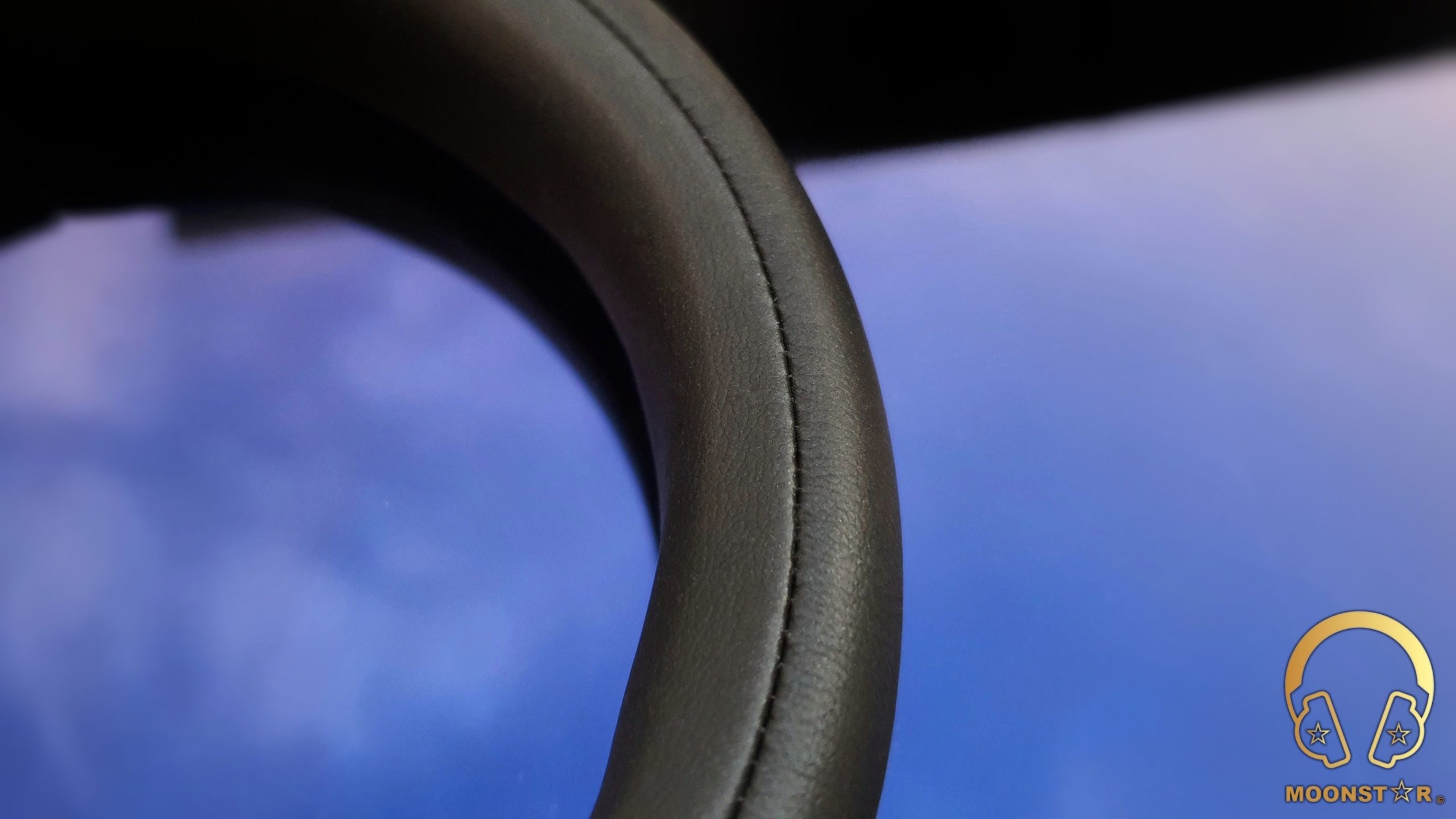 The drivers are protected by a thin fabric material which is in black color. 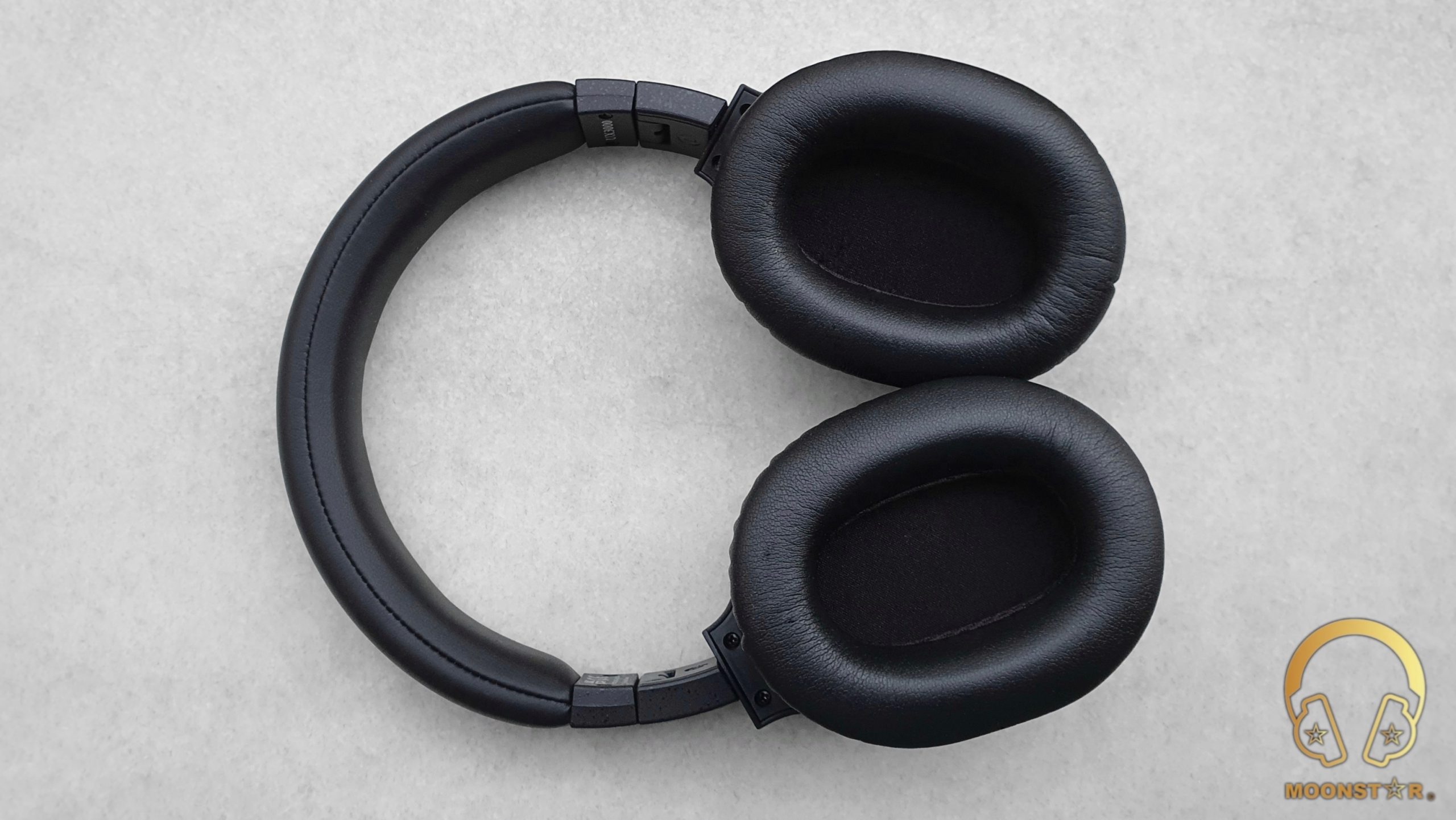 The UX3000 comes with an adjustable slider mechanism that is tight and sturdy. 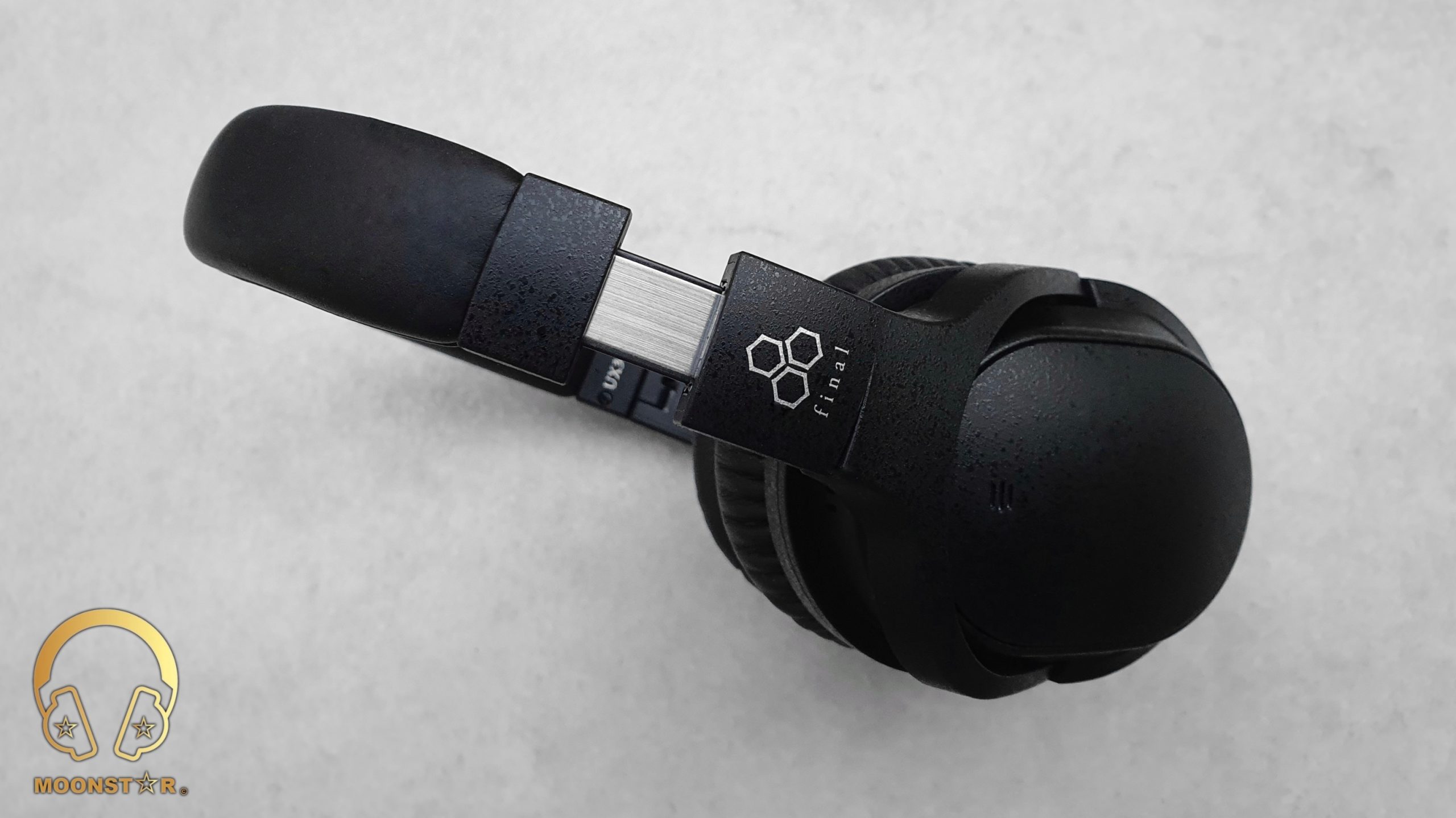 Both the left and the right outer surface of the slider mechanism do sport the Final brand logo. 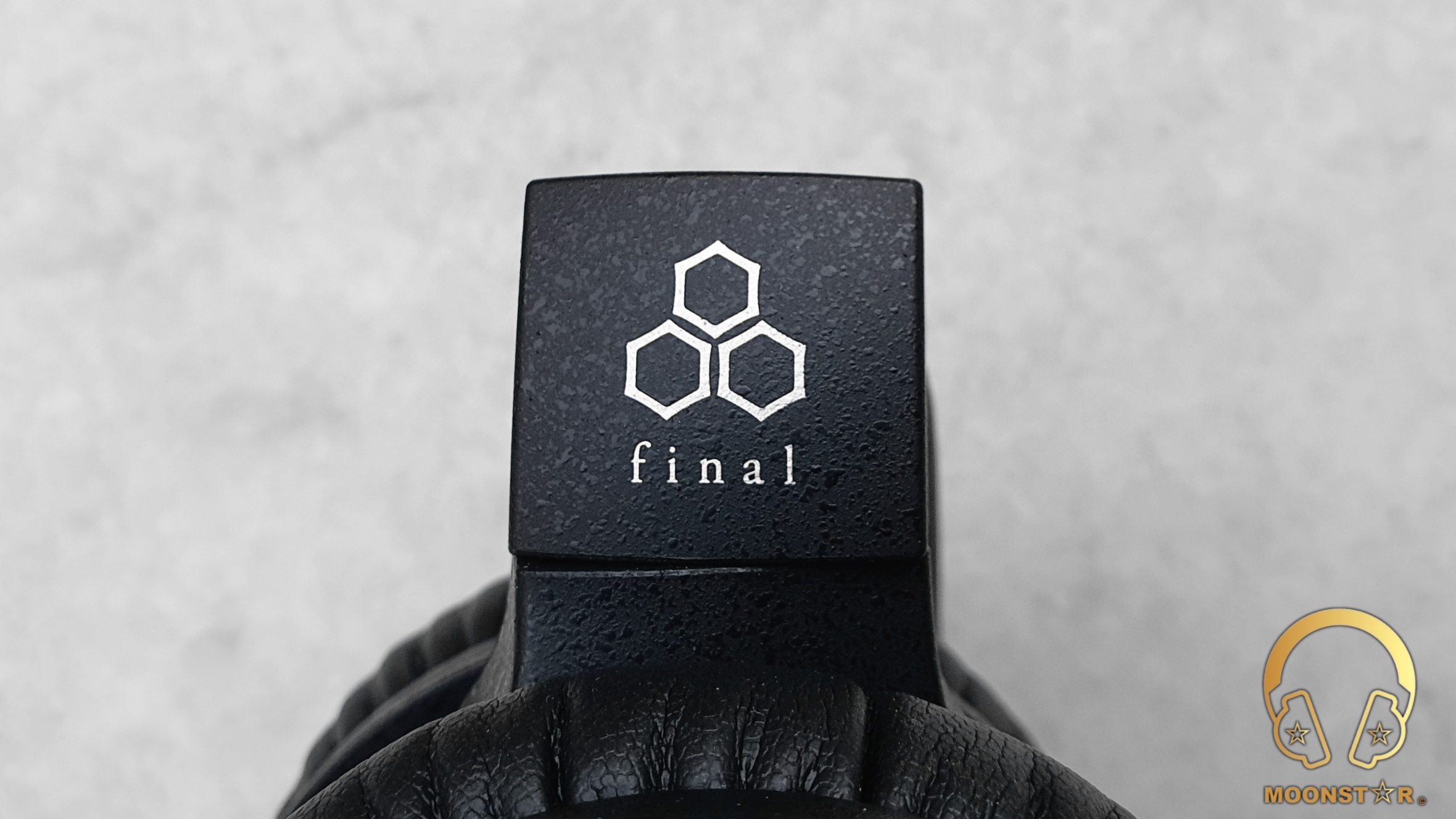 The inner surfaces of the ear cup holders are the left & right markings and some product related brandings and certifications. 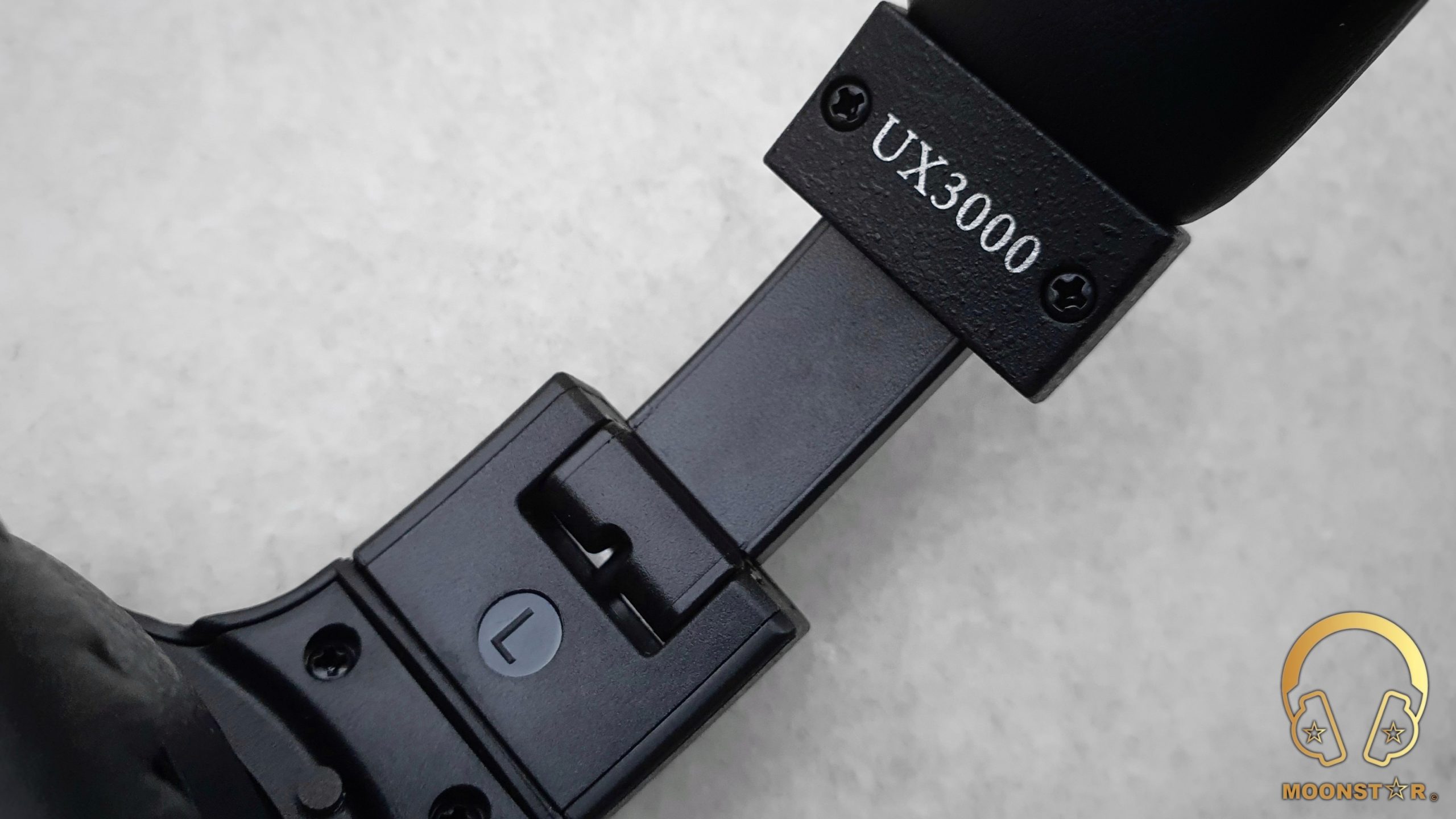 The UX3000 is equipped with hinges and rotatable mechanisms, which are part of the foldable design.

The housing can be rotated up, down, left or right to fit various head shapes. 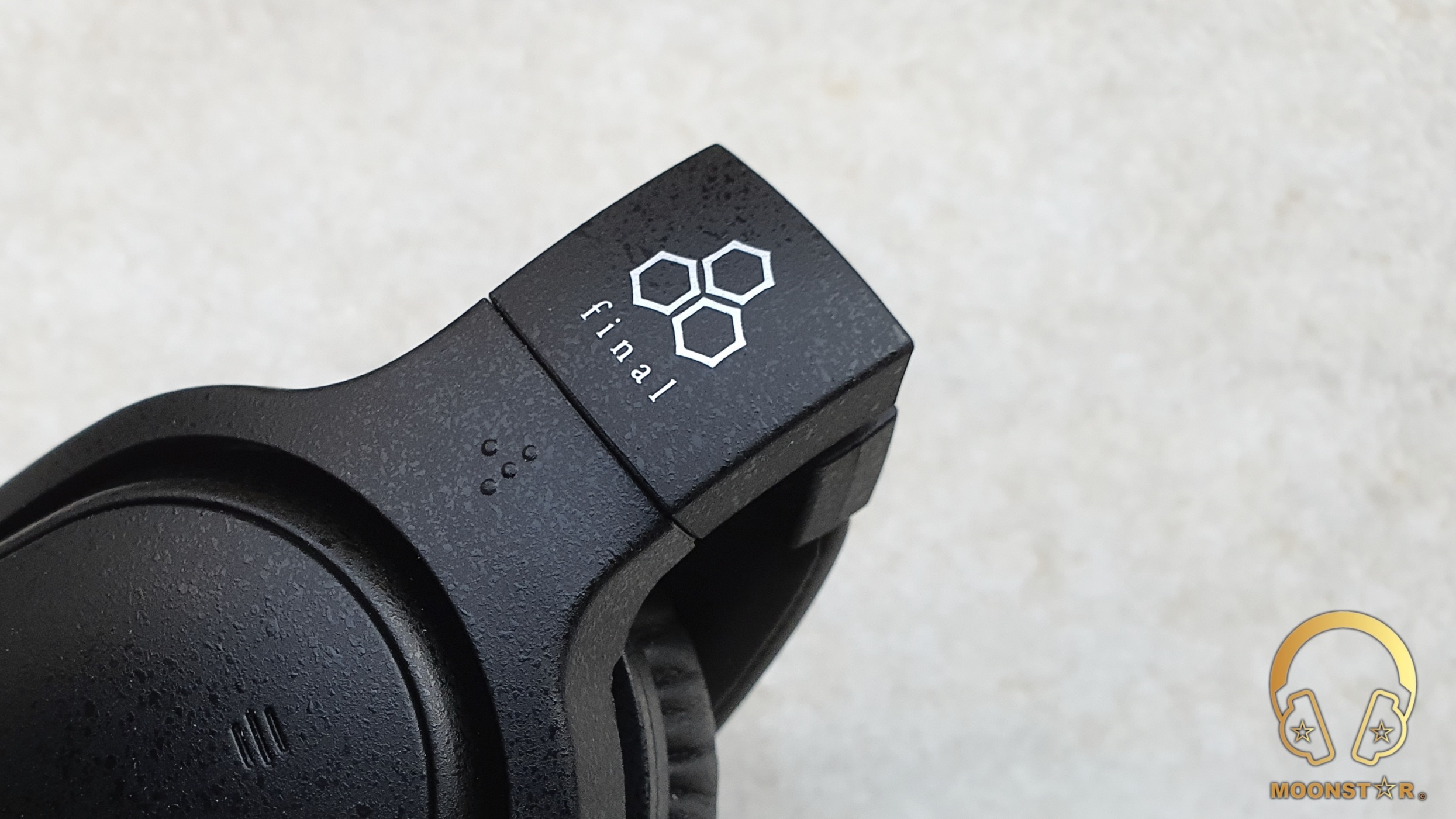 The overall build quality looks quite durable and fulfils my expectations form a headphone product at this price level.

By analyzing the sound samples collected from both microphones and generate a quite accurate anti-noise signal, UX3000 is capable of removing the ambient noise at high efficiency.

The Active Noise Cancellation (ANC) performance is on an average level that is pretty efficient in relative noisy environments like a train, metro, plane or bus.

The pairing process of the Final UX3000 is pretty easy, and what I like is that it reconnects with your source fast and automatically after the first pairing process right after you power it on.

A female voice is announcing the status of your UX3000 like power on/off or pairing.

The operating distance of the Final UX300 is about 10 meters, which is quite stable.

The UX3000 offers also a pretty good performance in terms of call quality and voice transmission.

The Final UX3000 performs also pretty well in terms of latency thanks to the aptX LL (low latency) support. I didn’t have notice any significant lip sync issue, while I have watched some TV Shows on YouTube and movies on Netflix, paired with my Samsung Galaxy Note 10+ and Apple iPad Air2 tablet.

The Final UX3000 is equipped with a 750 mAh battery, which takes 2.5 hours to fully charge over the USB-Type C port that is located on the left ear cup. 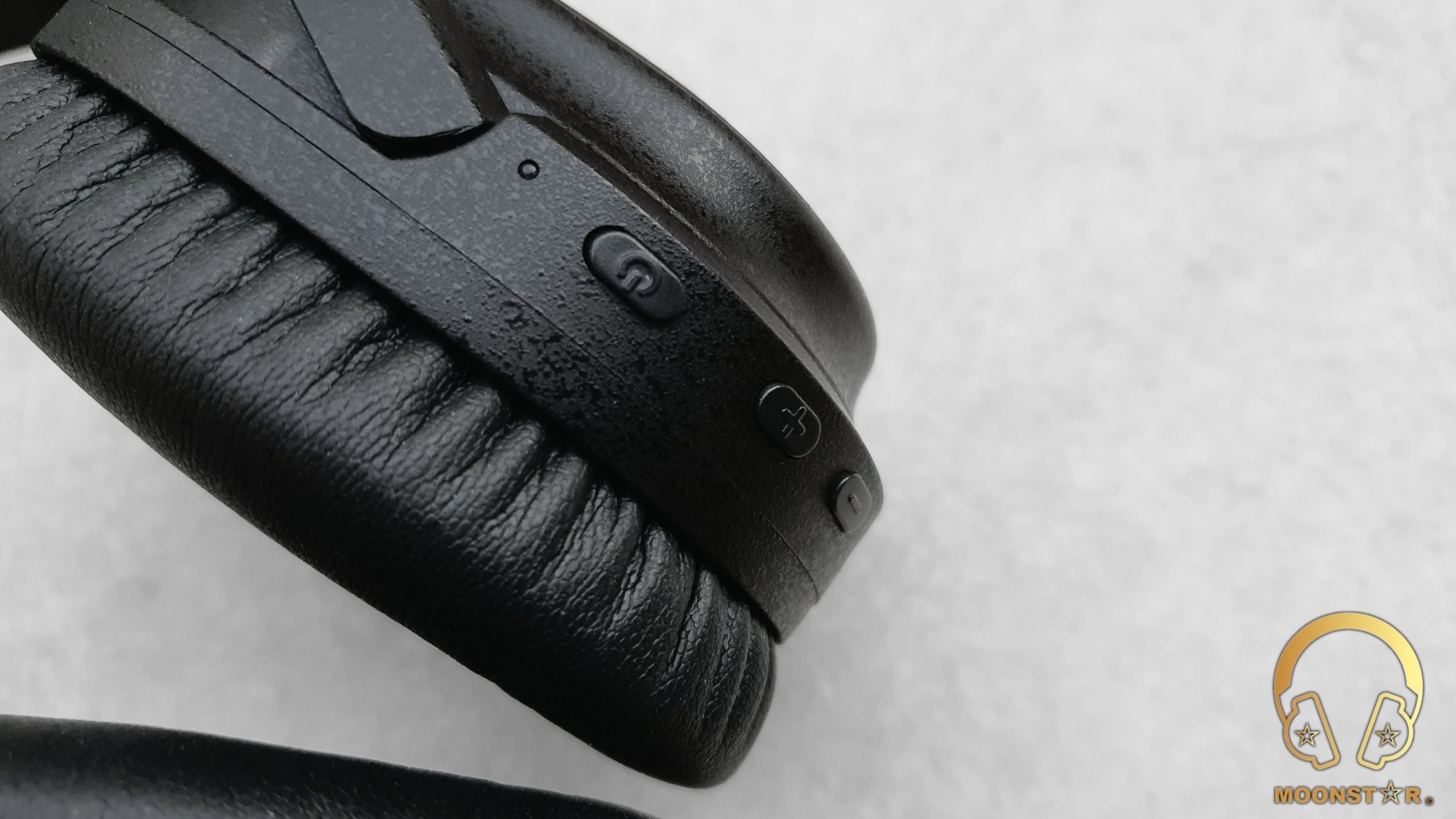 
Equipment’s used for this review: 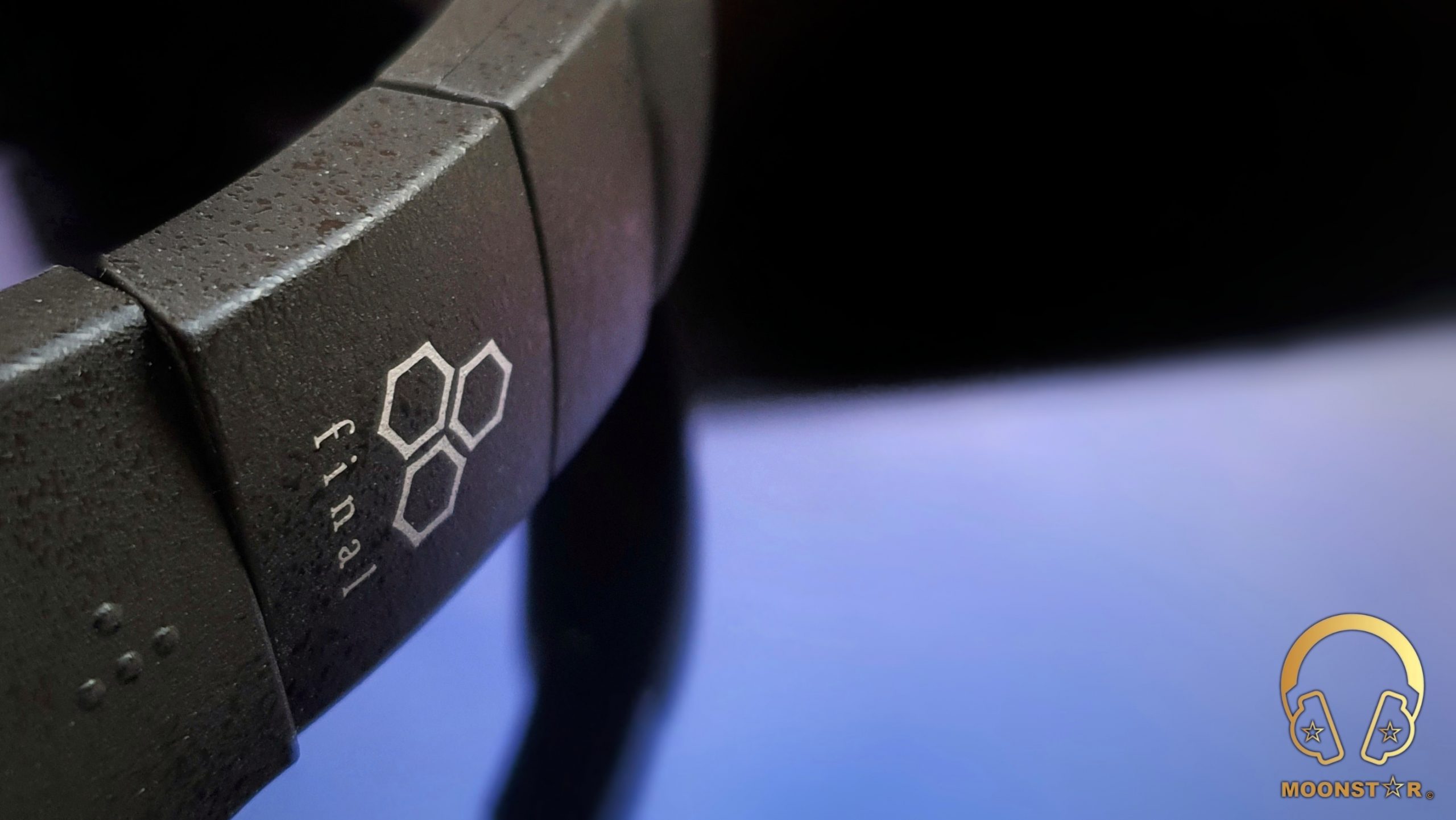 The Final UX3000 comes with a easy going sound signature that is suitable for a wide variety of genre. The tonality is a bit warmer than neutral that adds the overall presentation a nice breeze of musicality. The dynamic driver of the UX3000 shows a mildly coloration in the lower frequency region, which sound fairly clean, fast and controlled. The midrange is slightly recessed, airy and transparent, while the treble region shows a decent boost without to sound sharp or unnatural.

Please note that I have written this review after a listening period of 40 hours. My sound impressions below are based on my pairings with the iBasso DX240, Apple iPad Air2, Samsung Galaxy Note10+. The ANC (Active Noise Cancellation) feature was not activated during this review.

The lower frequency region of the Final UX3000 is mildly pronounced, soft and controlled from the subbass up to the midbass area. The UX3000 shows an adequate level of subbass depth and extension when I do listen to songs like Lorde’s “Royals”, Massive Attack’s “Angel” and Armin Van Buuren’s “Vini Vici”, which do sound pretty entertaining.

The UX3000 has a fairly strong and pronounced midbass presentation, which is slightly more highlighted compared to the subbass area. Instruments like trumpets or cross drums are pronounced, while bass guitars are mildly warm and bold in tonality. The UX3000 doesn’t show any negative conditions such like muddiness, mixings or mid-bass hump, which is something quite remarkable for a TWS headphone.

The general bass speed while listen to fast bass passages is again decent at this price point and will satisfy many users who are looking for a TWS headphone with a dynamic presentation. 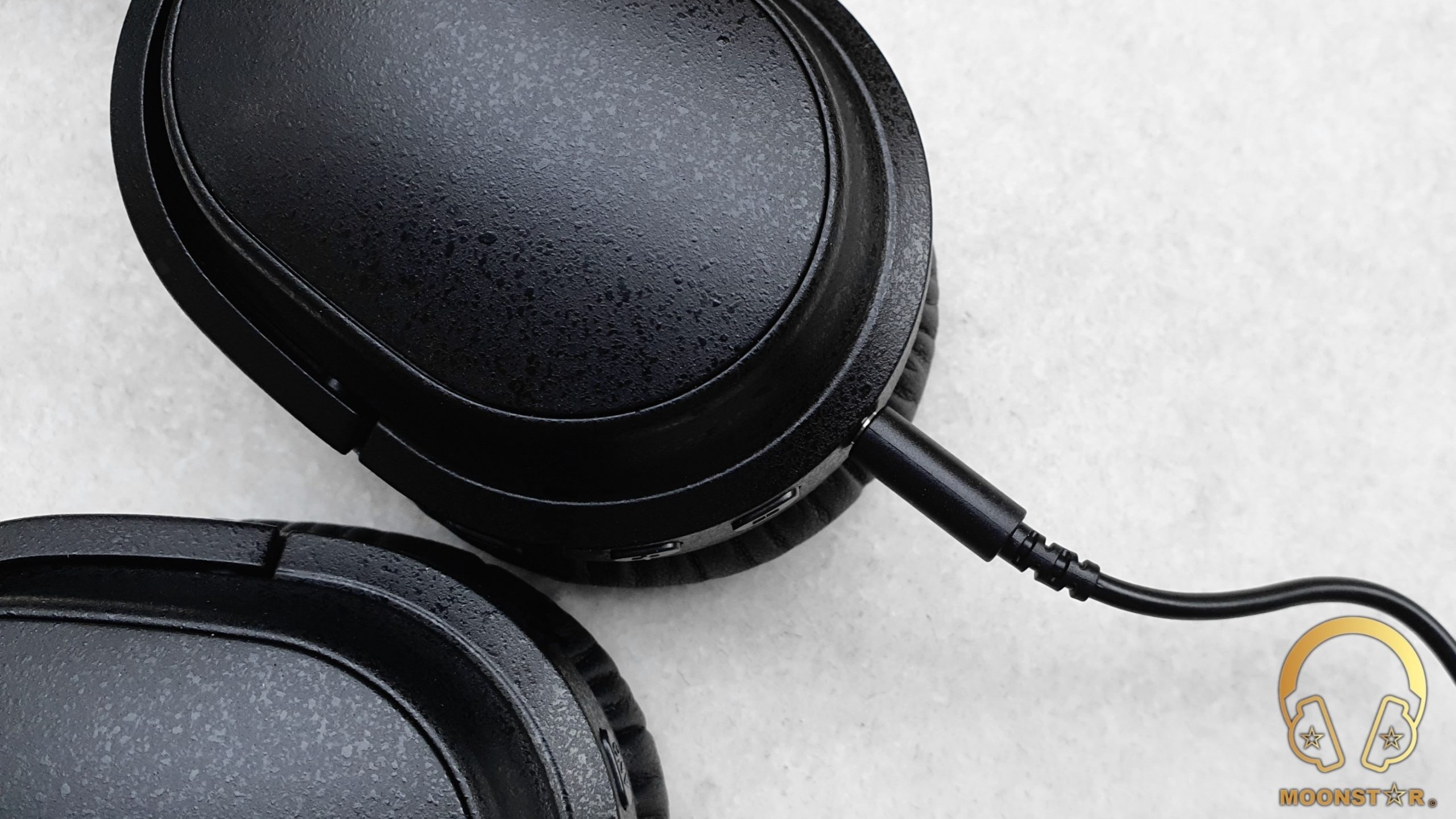 The first thing that you will notice when you start listen to the Final UX3000 is that it sound fairly transparent but recessed compared to the rest of the sound spectrum. There is a slightly grade of coloration that exists in the lower midrange and particularly in the upper midrange regions. The tonality can be described as a bit warmer than neutral.

The lower midrange shows an efficient sense of presence that creates a moderate level of body and depth when I do listen to vocals such as Dave Gahan, David Bowie or Eric Clapton. Instruments like mandolins, cellos or electro guitars do sound fairly musical in this area, while the clarity is on a moderate level.

The Final UX3000 shows a mildly emphasized upper midrange presentation, which offers an adequate level of transparency, dynamism and resolution in this area when I do listen to female vocals such like Adel, Diana Krall, Sertap Erener or Edith Piaf. Instruments on the other hand, such as guitars or violins are mildly bright, do so und pretty controlled, while the extension in on an average level. 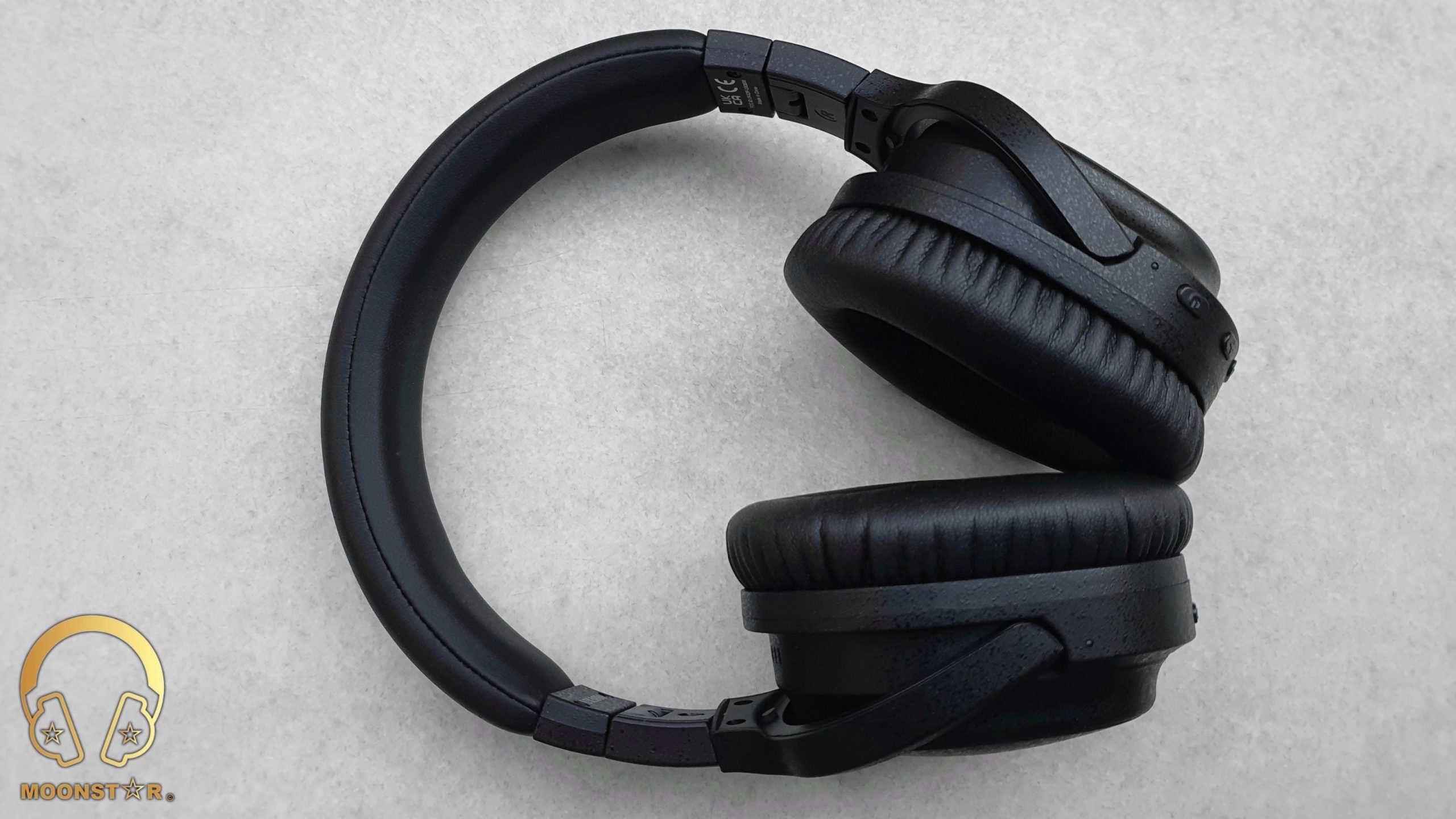 The sufficient amount of airiness and sparkle that is produced in this area ensures that instruments like cymbals, violins and pianos or soprano vocals doesn’t sound veiled or muddy. Instruments like hi-hats in jazz music are fairly prominent and are shown with an adequate level of extension, while snare drums on the other hand are reproduced with an above average sense of crispiness and resolution.

The transitions from the upper midrange towards the lower treble region are in general pretty controlled, especially in moments when instruments do play with higher level of distortion.

The Final UX3000 offers an adequate performance in terms of separation and placement of instruments and vocals. Both the depth and the wideness are on a moderate level that will fulfill the expectations from a TWS headphone at this price level.

The FiiO EH3 NC and the Final UX3000 that I will now compare for you are similar priced True Wireless Headphones that do come with Active Noise Cancellation. Both products do offer a sturdy build quality and are made mainly from plastic material. The FiiO EH3 NC is slightly bigger in size and looks more premium with its ear cups that do have a carbon fiber pattern. However, the UX3000 is the better choices in terms of portability since it is significantly smaller than the EH3 NC.

The Final UX3000 offer a better Active Noise Cancelation performance that doesn’t affects the sound quality like the one that we get with the FiiO EH3 NC, which was my biggest complaint about it. Both Headphones do offer a comfortable wearing experience that makes them ideal on the go and for longer listening periods.

When it comes to the sound I can say that the FiiO EH3 NC shows a slightly warmer tonality and a higher sense of coloration compared to the Final UX3000, which sounds a bit more neutral.

The subbass area of the EH3 NC shows more depth and intensity, while both are pretty equal when it comes to the clarity and control in this area. The Final UX3000 has the upper hand in terms of midbass authority, control and resolution.

When it comes to the midrange, I can say that both do share a recessed midrange presentation, while the FiiO EH3 NC has a slightly warmer tonality and shows more coloration in this area. The lower midrange of both headphones is fairly pronounced, while the Final UX3000 offers a slightly better level of clarity and resolution. The upper midrange of the UX3000 is a bit more highlighted, detailed and successful when it comes to the presentation of female vocals. 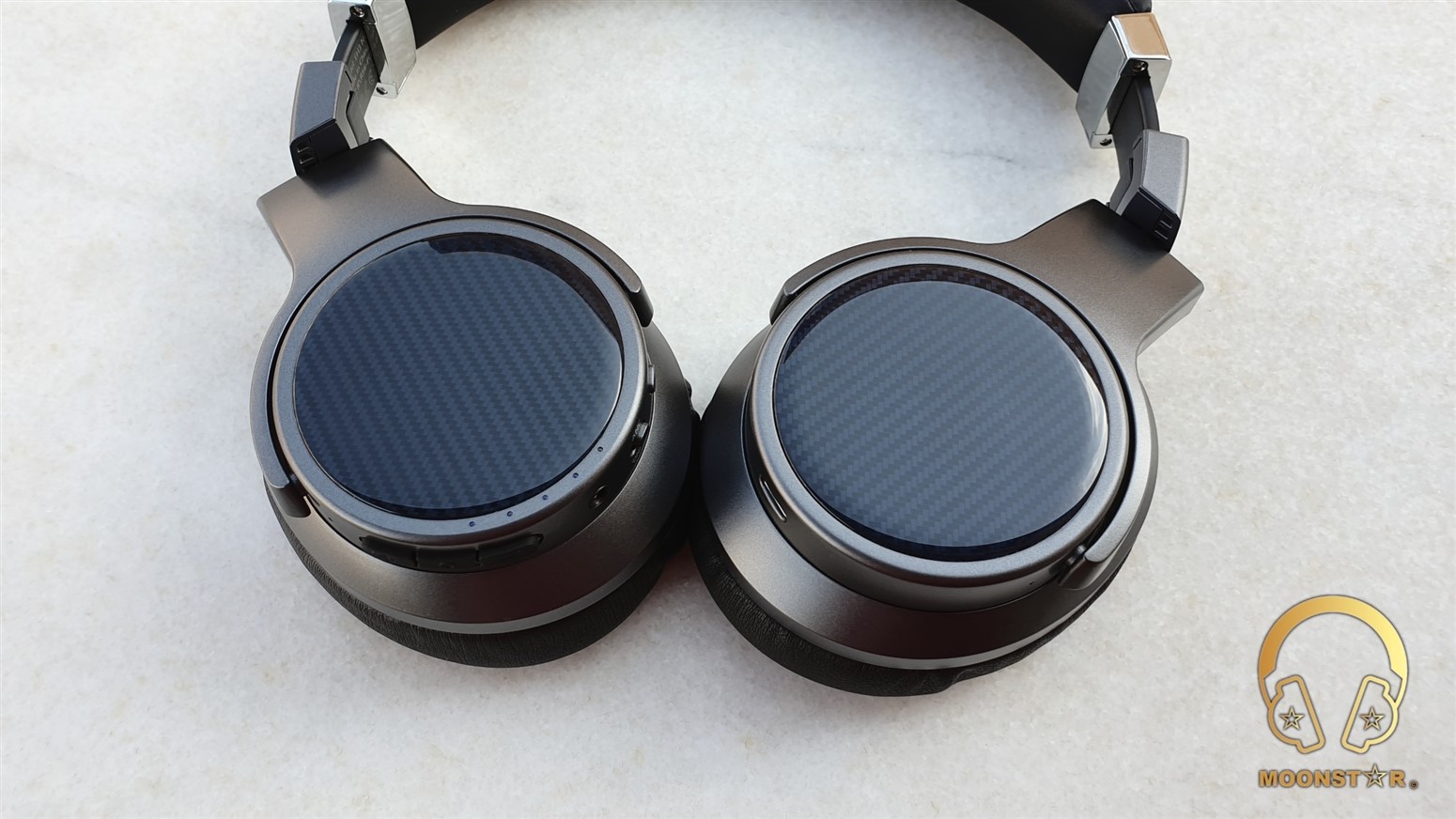 My impressions for the Final UX3000 are very positive since it offers tons of features like Active Noise Cancelation, a stealer battery life that last up to 35 hours with the AAC codec and a stabile connection. But the most important part for me was the overall sound performance that fulfills my expectations from a TWS headphone at this price level, with its pretty clean, open and well rounded sound profile that is ideal for a wide range of music genres.