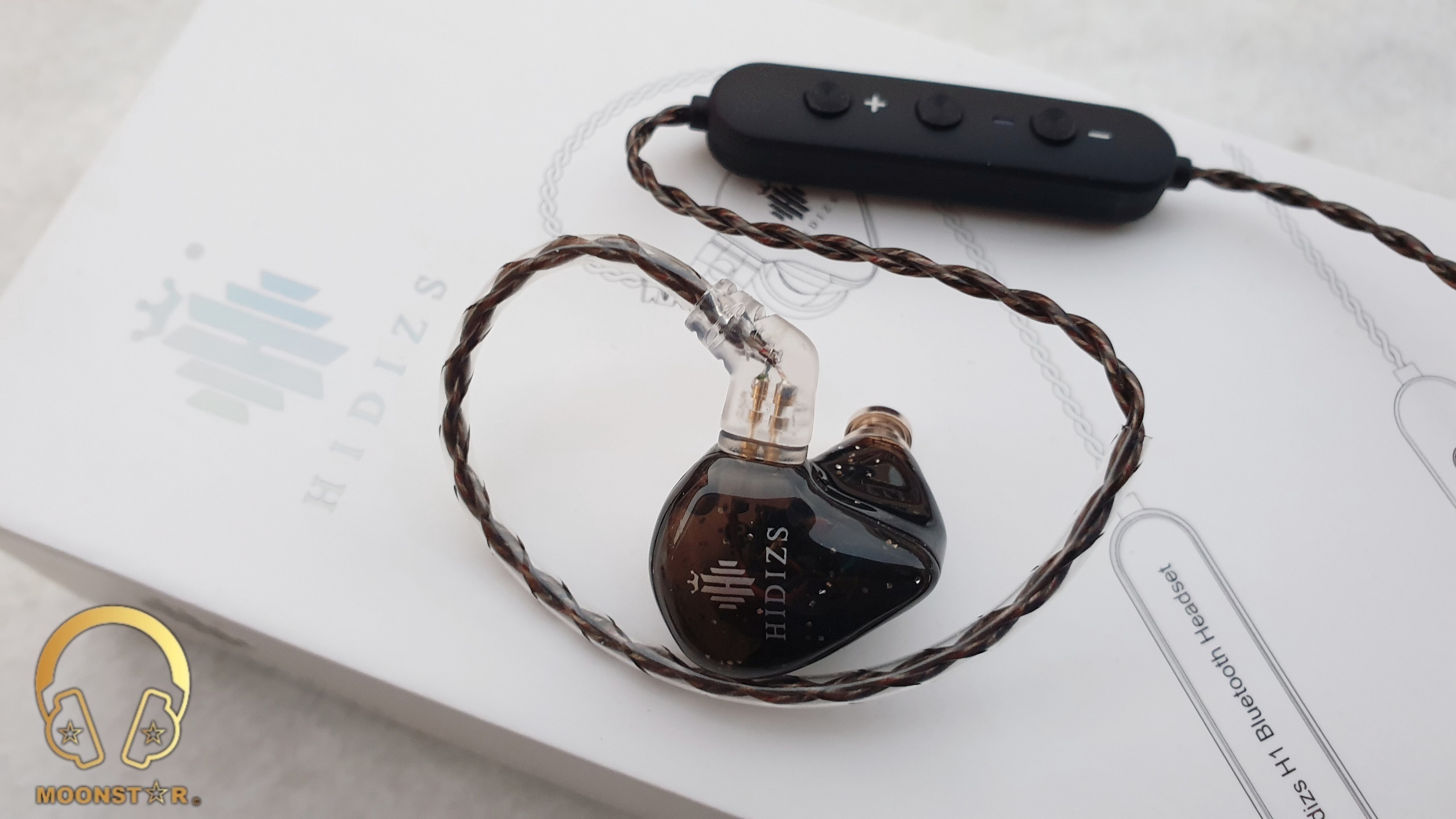 The Hidizs H1 is a Bluetooth Headset solution of the company which is a bundle of an aptx & aptX-LL sound codec capable BT cable and a MS1 Rainbow In-Ear Monitor that features a 10.2mm diameter polymer bio-diaphragm dynamic driver.

I would like to thank Hidizs for providing me the H1 Bluetooth Headset as review sample. I am not affiliated with Hidizs beyond this review and these words reflect my true, unaltered, opinions about the product.

The Hidizs H1 is available in white and black color options and can be purchased under the link below;

The Hidizs H1 comes in a rectangular white cardboard box that sports the Hidizs Logo, the product illustration and some brandings on the top cover, while the rear cover shows information’s about the product features. 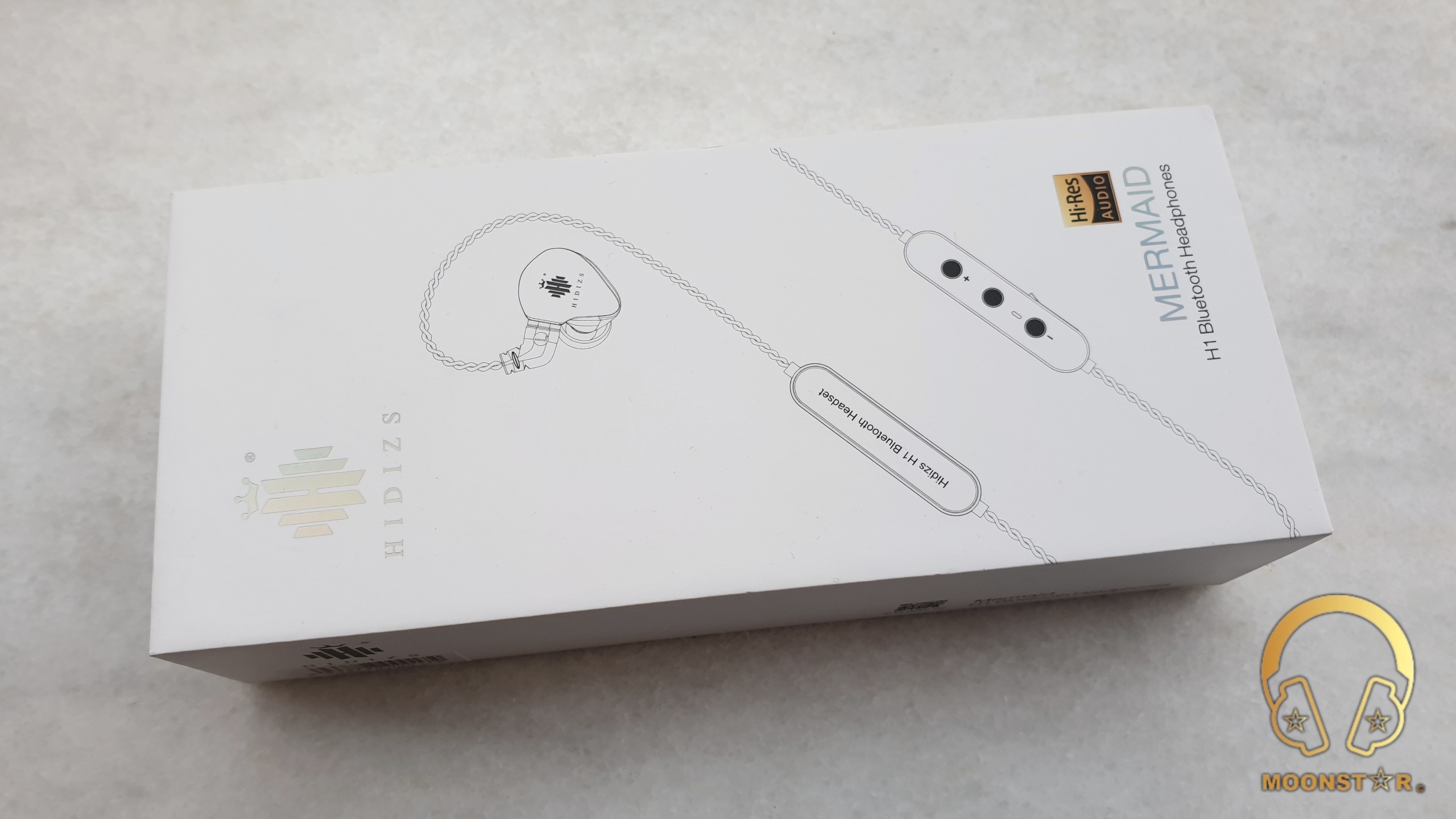 The box comes with the following contents/accessories; 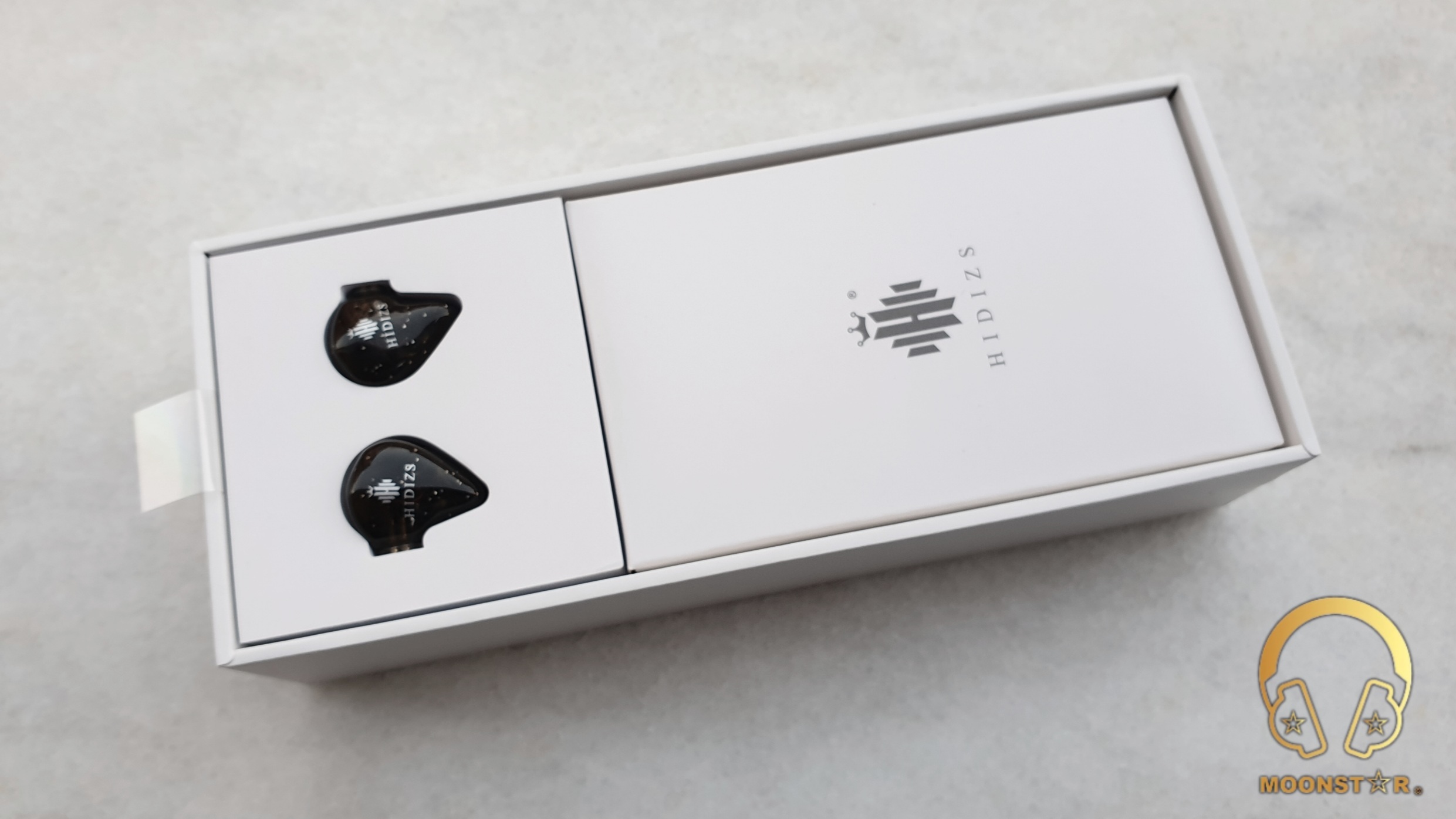 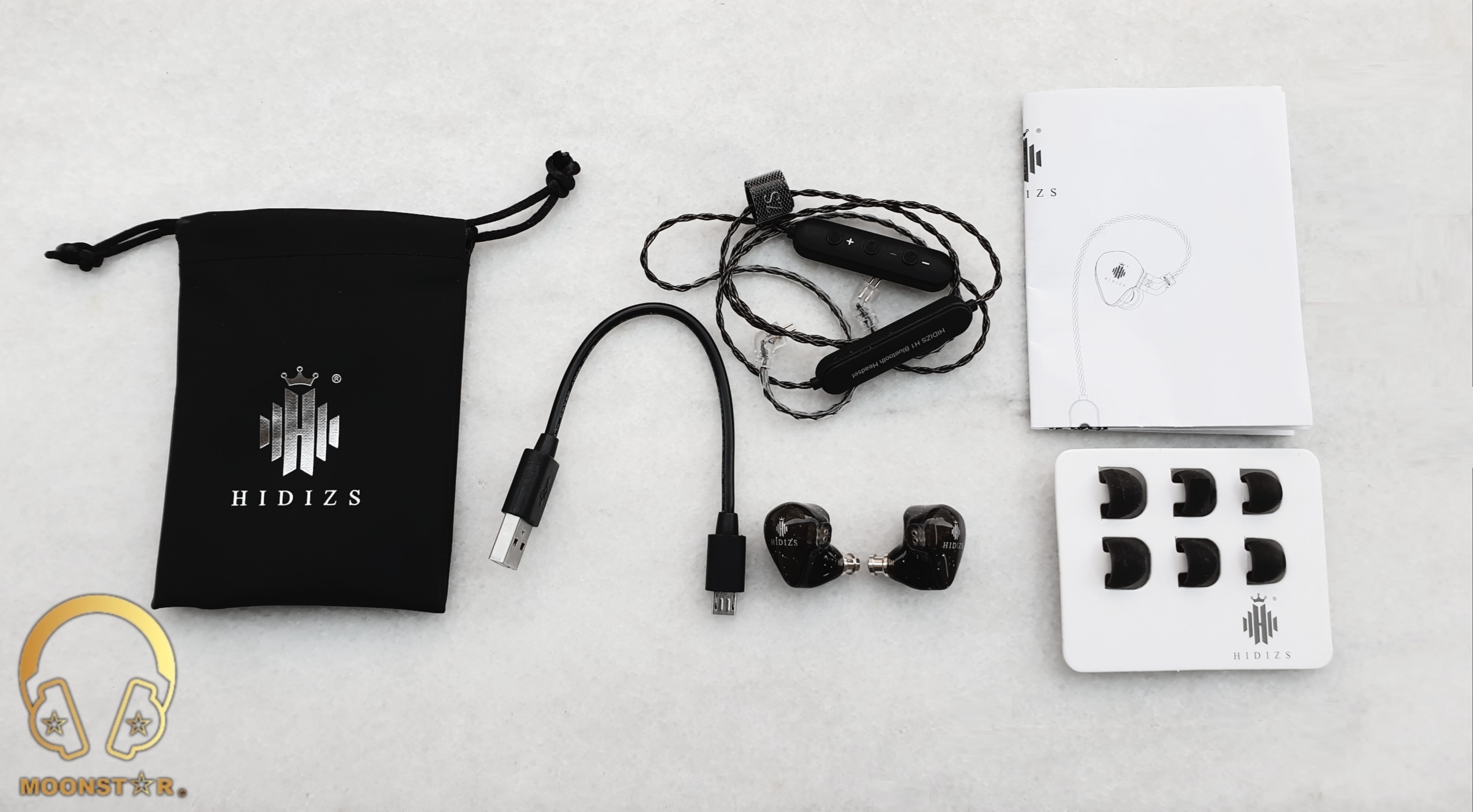 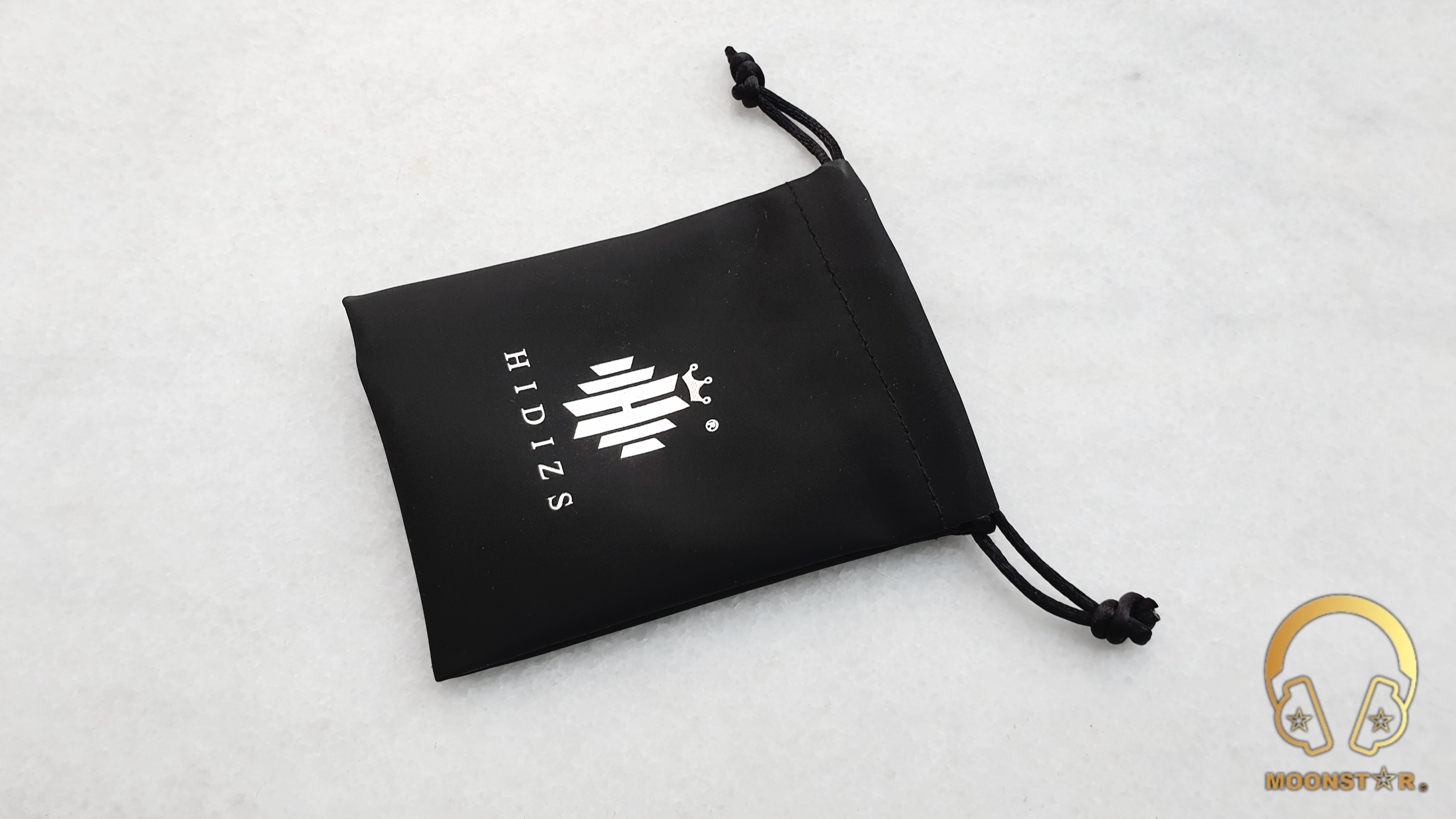 The Hidizs H1 Bluetooth Headset is a bundle of a Bluetooth Cable that features Qualcomm’s QCC3005 BT SoC with Bluetooth version 5.0 & 2Pin connectors and the Hidizs MS1 Rainbow IEM which has a skin friendly monitor shell. 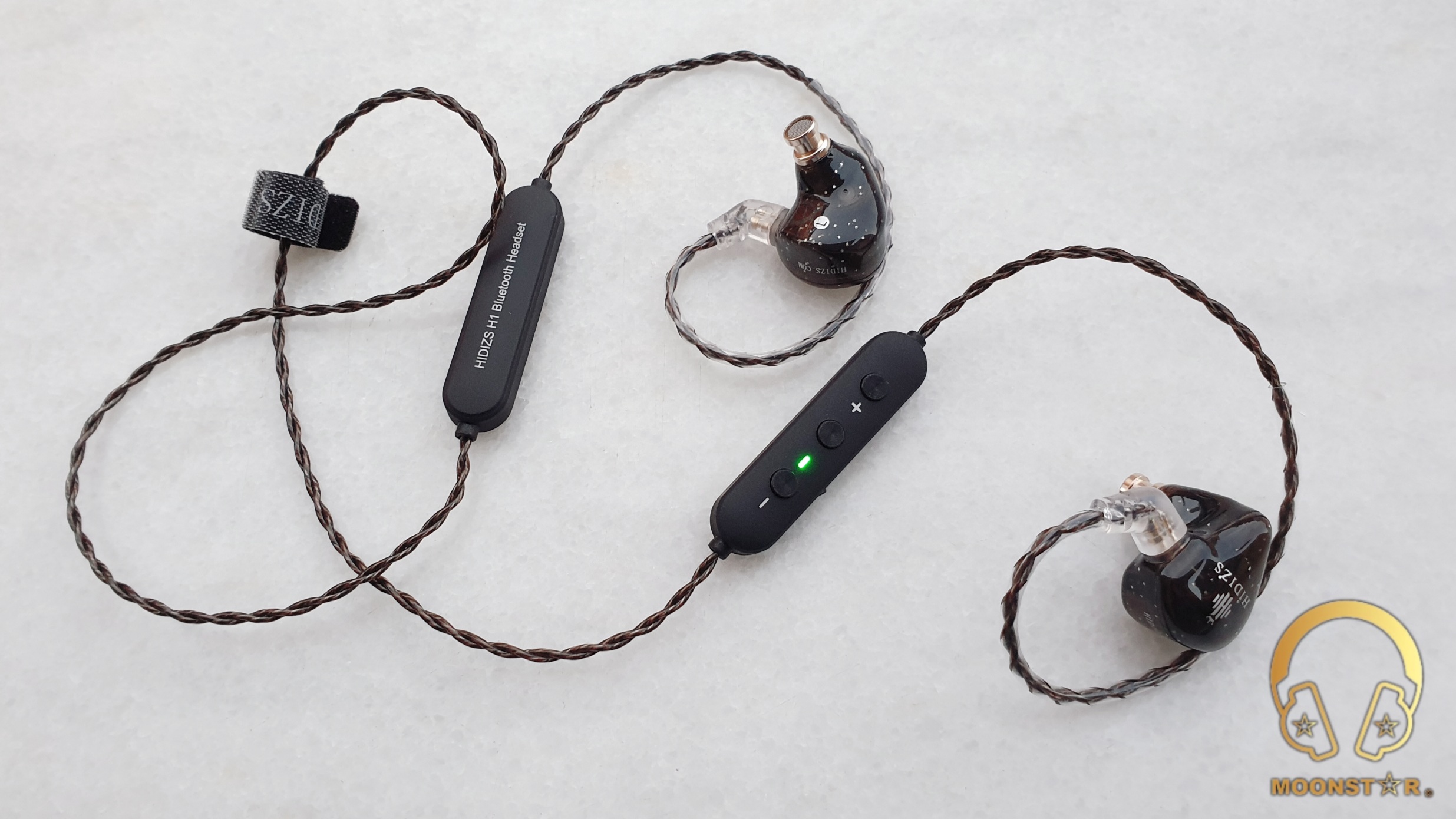 The BT Cable of the Hidizs H1 Neckband Earphone is quite lightweight and offers a pretty good overall build quality. The BT cable is IPX5 certified BT and resistant to Dust, Oil and Sweat. 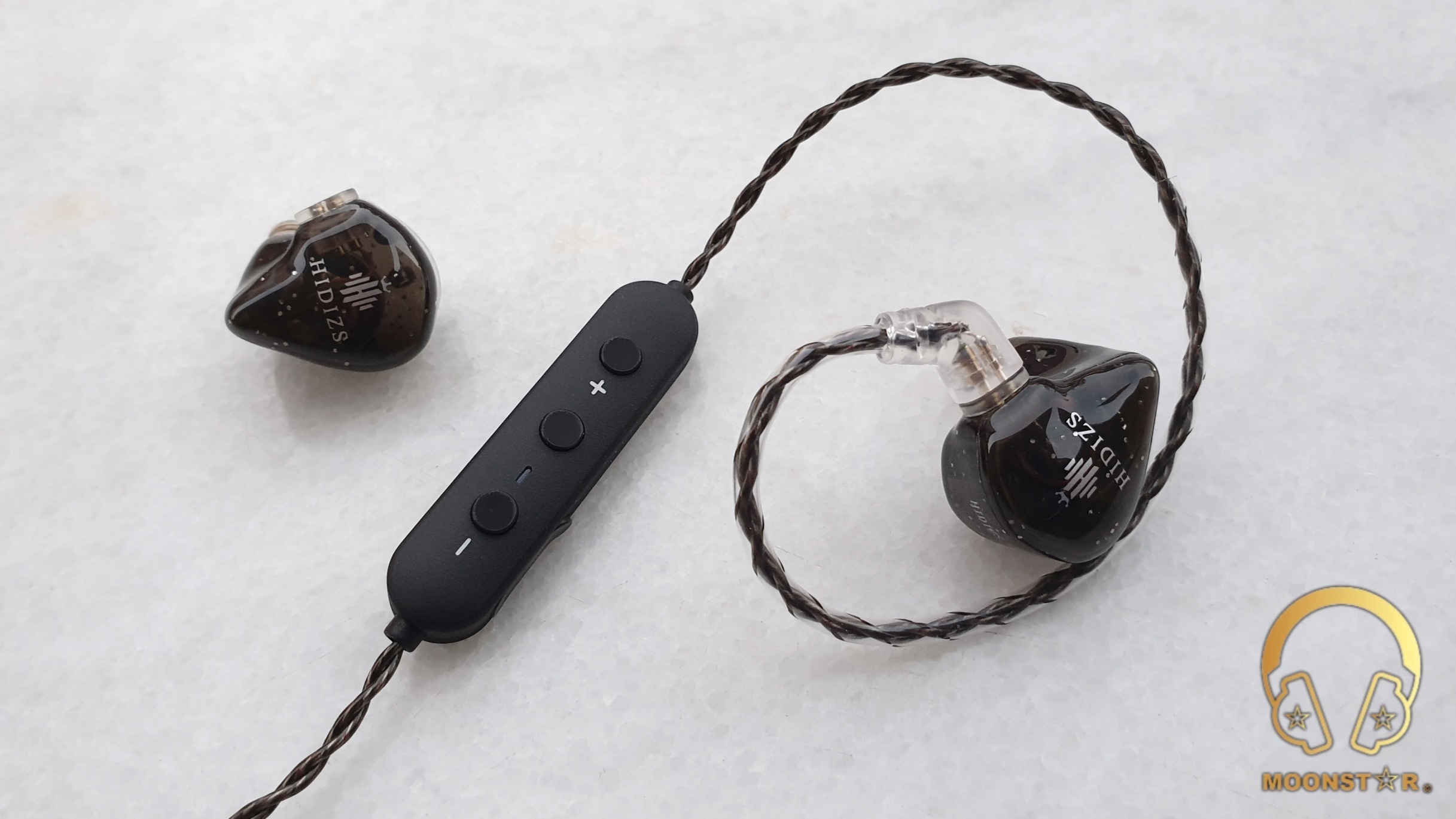 The cable has a nice braided design and is made of OFC (Oxygen Free Copper) wire material that features a brown plastic insulation. 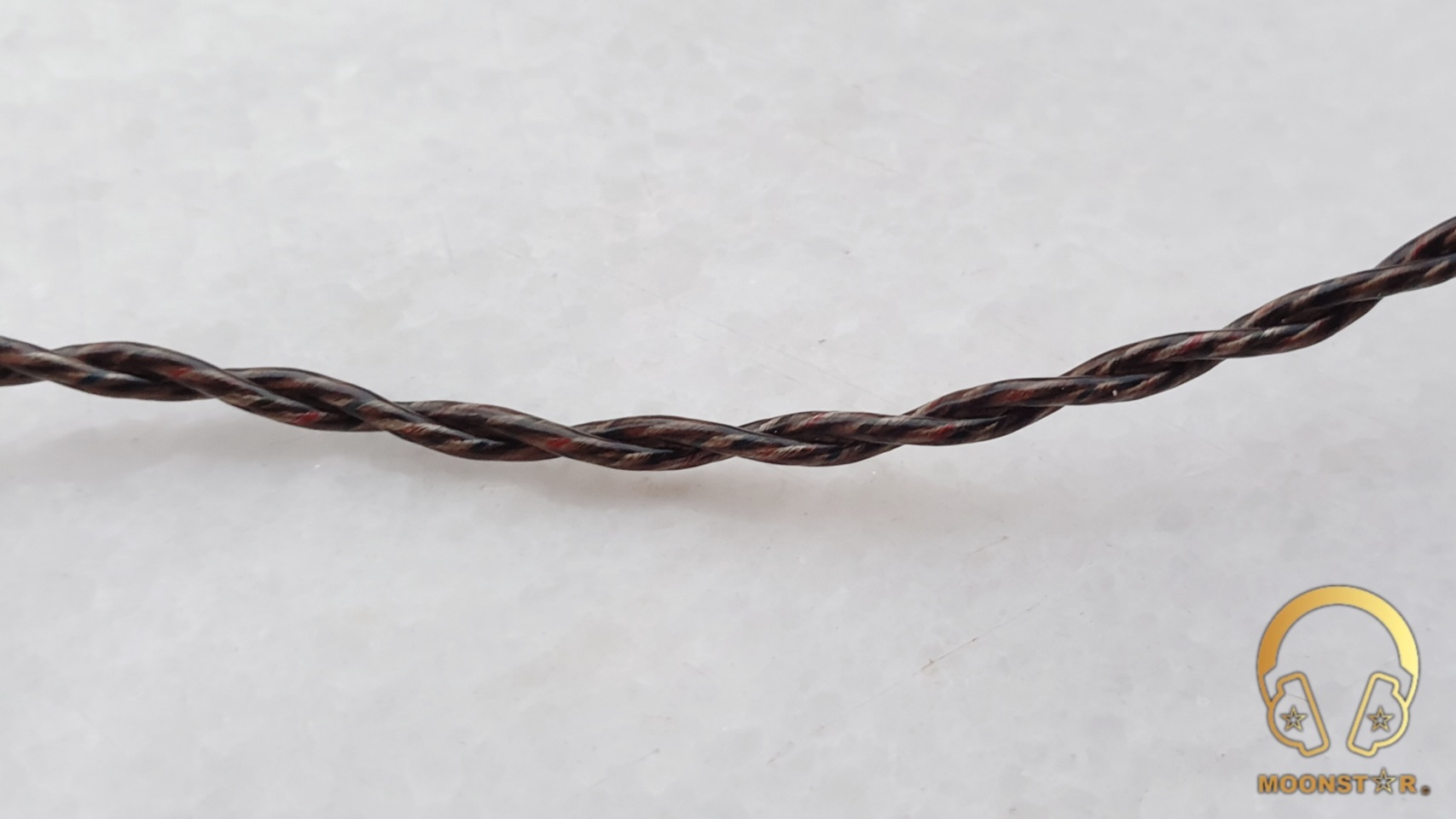 The cable has two parts with a plastic housing, which are sharing the same size and outer shape. 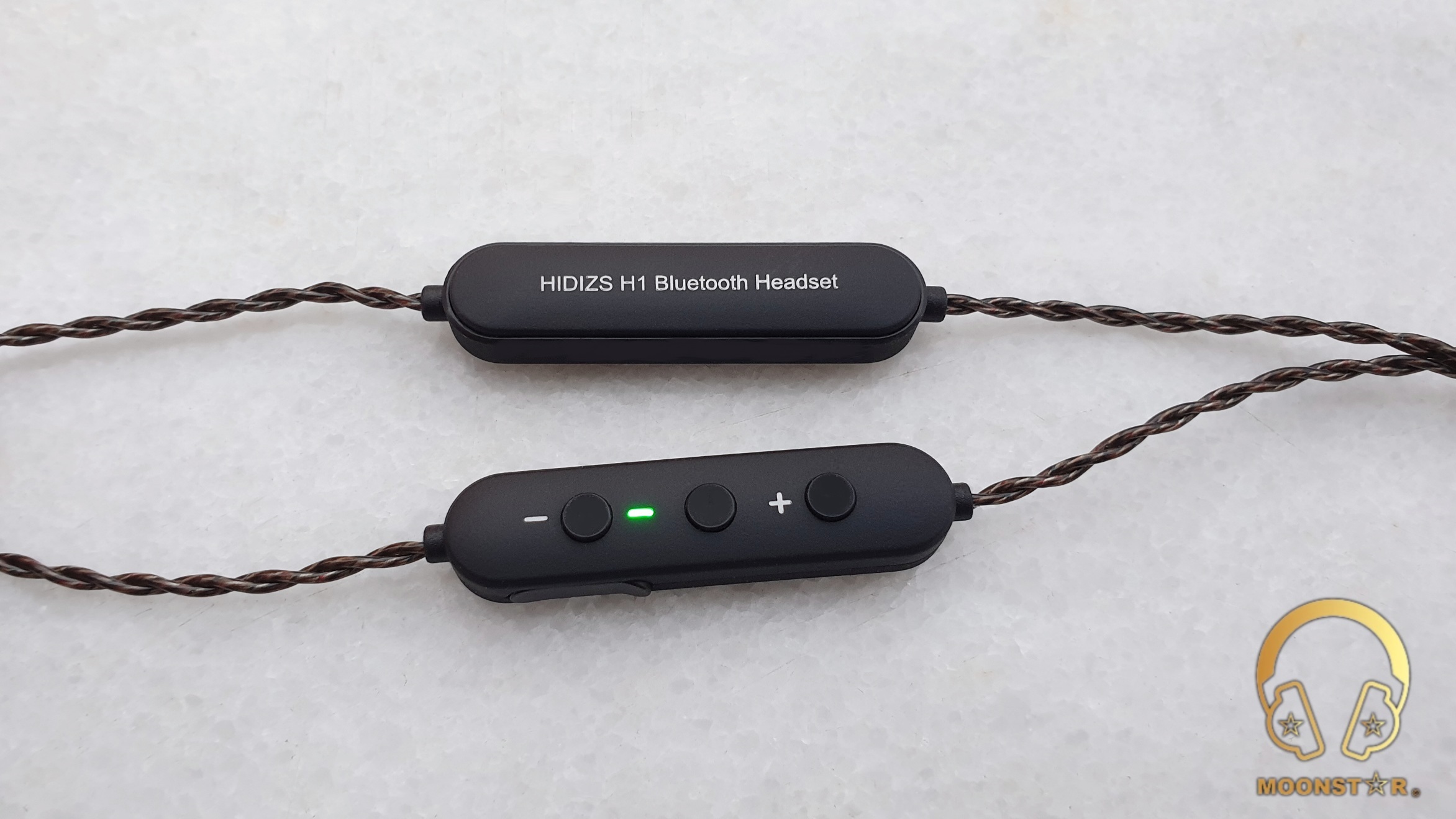 The part near the right connector features 3 buttons for inline remote control, an LED status indicator and microphone that you can use for phone conversations. 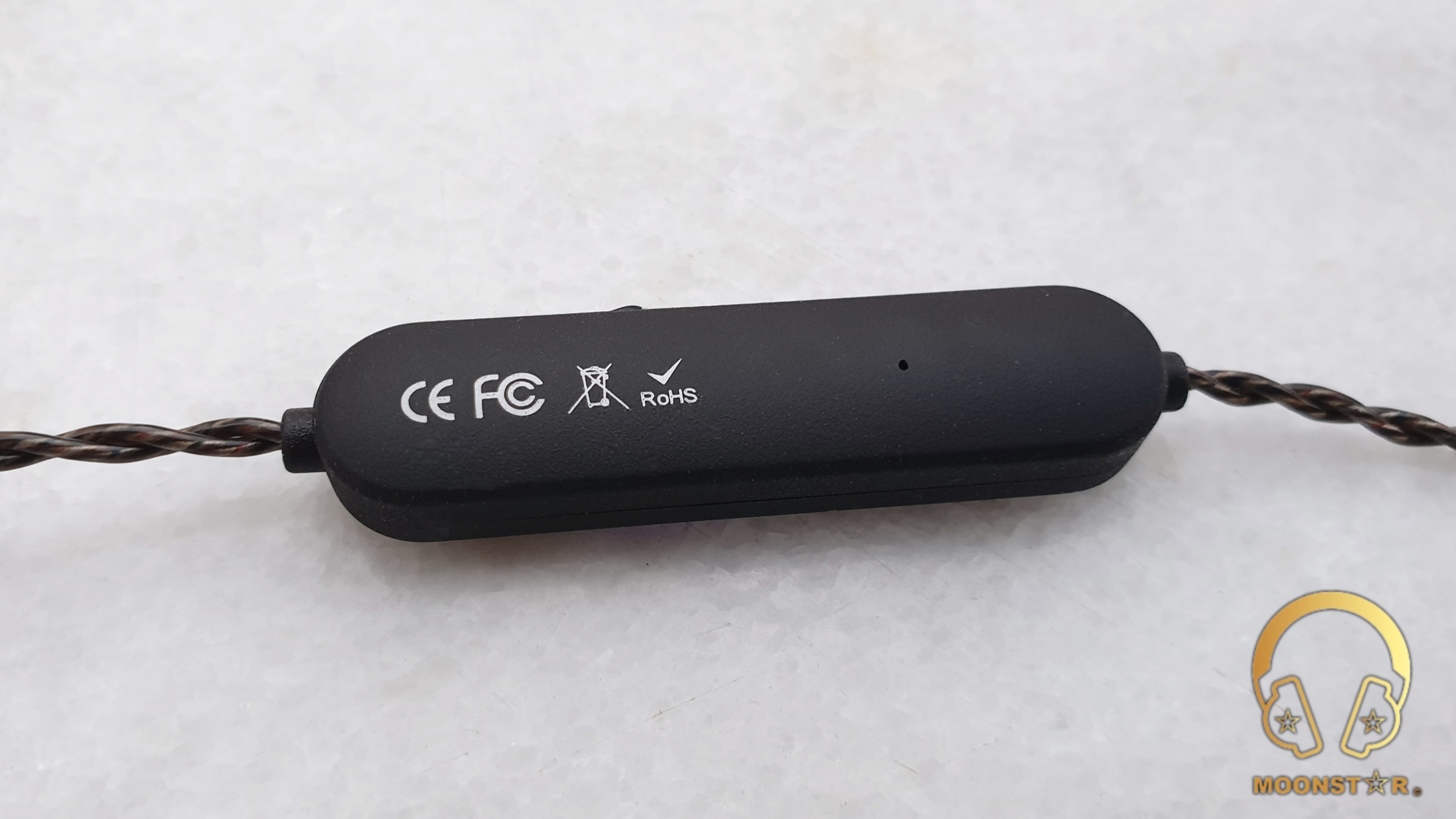 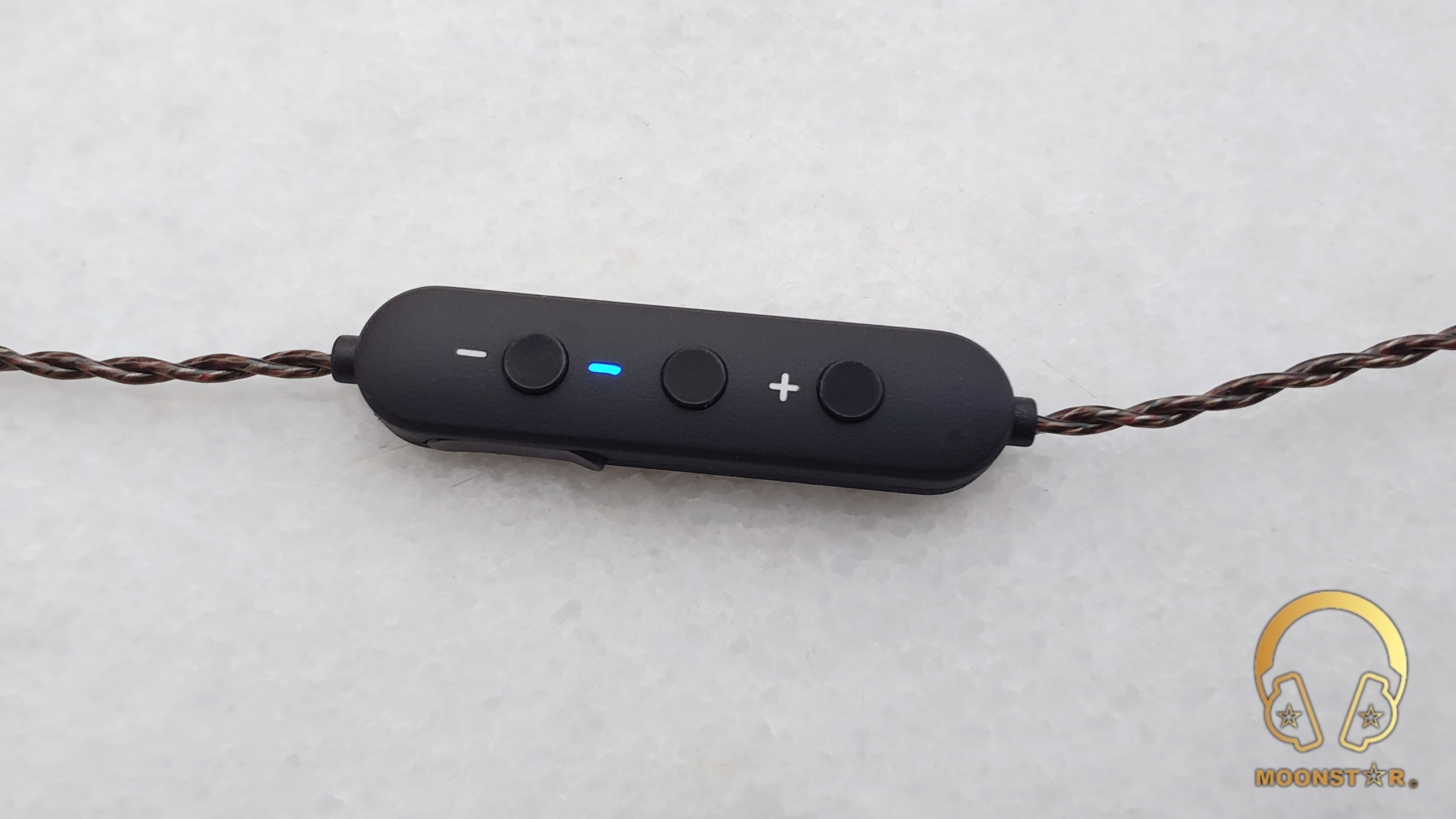 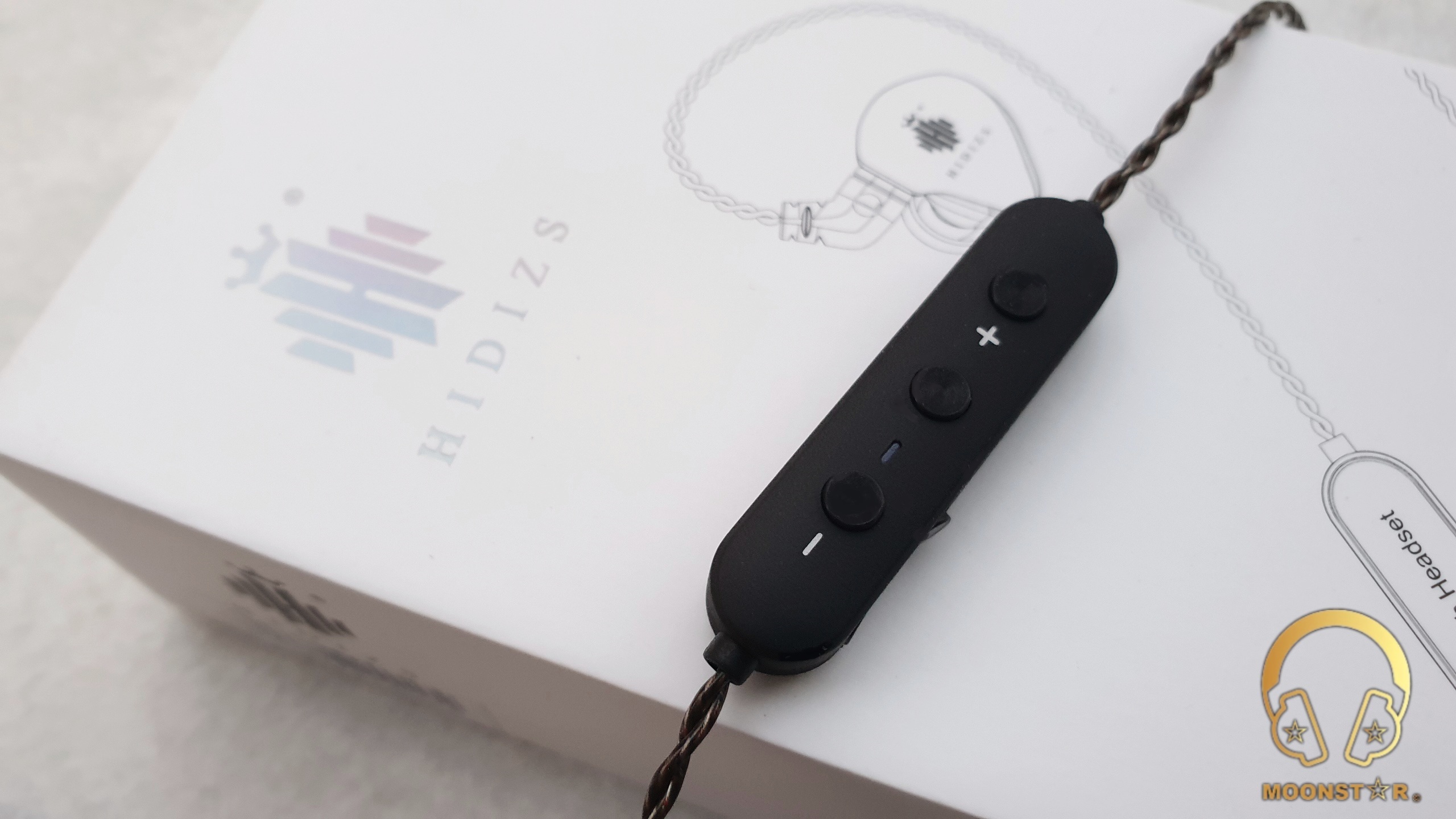 This part sports also the Micro USB charging port which is protected by a plastic plug. 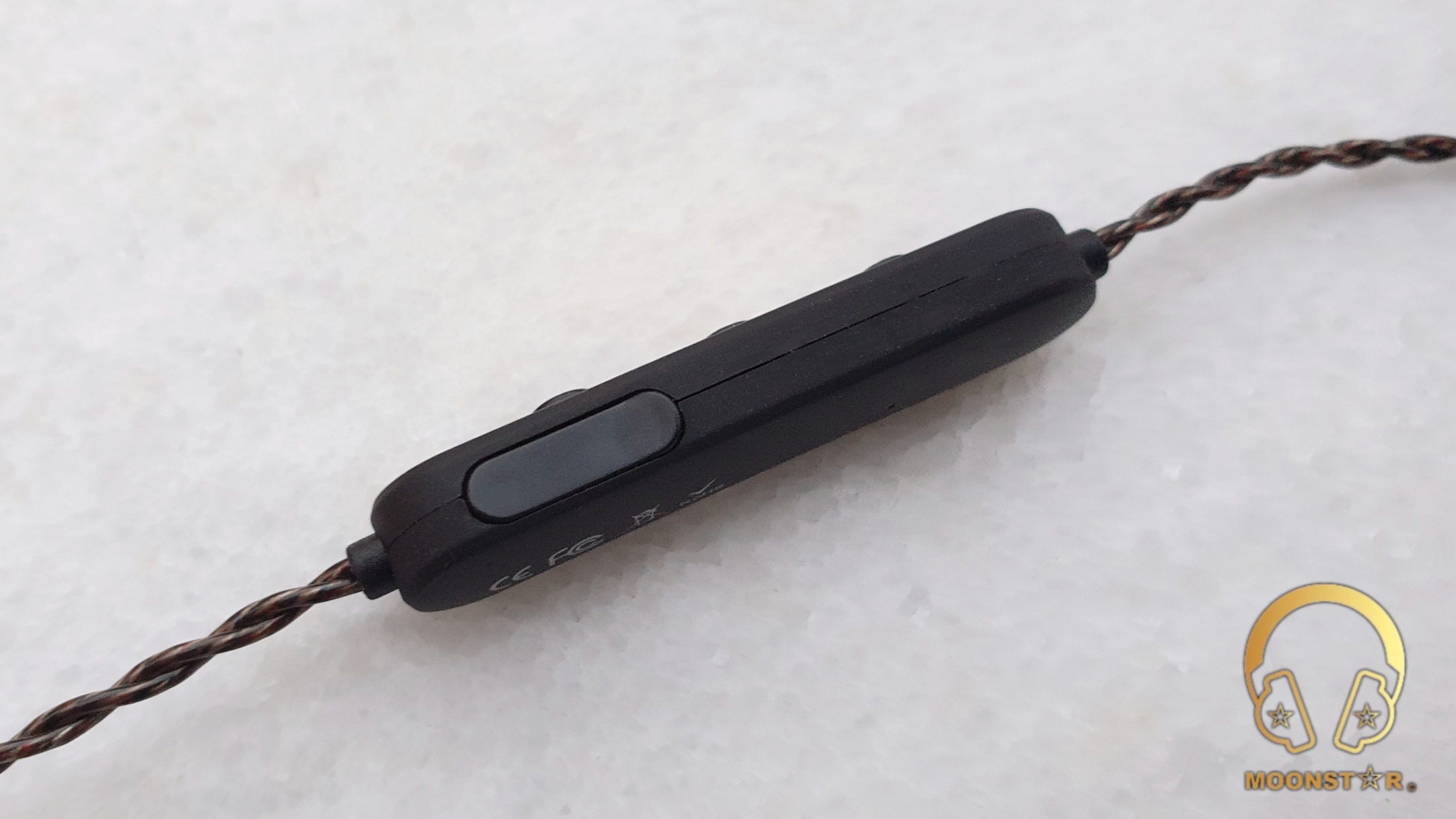 Near the left connector is the second part with the same shape that sports the brand logo. 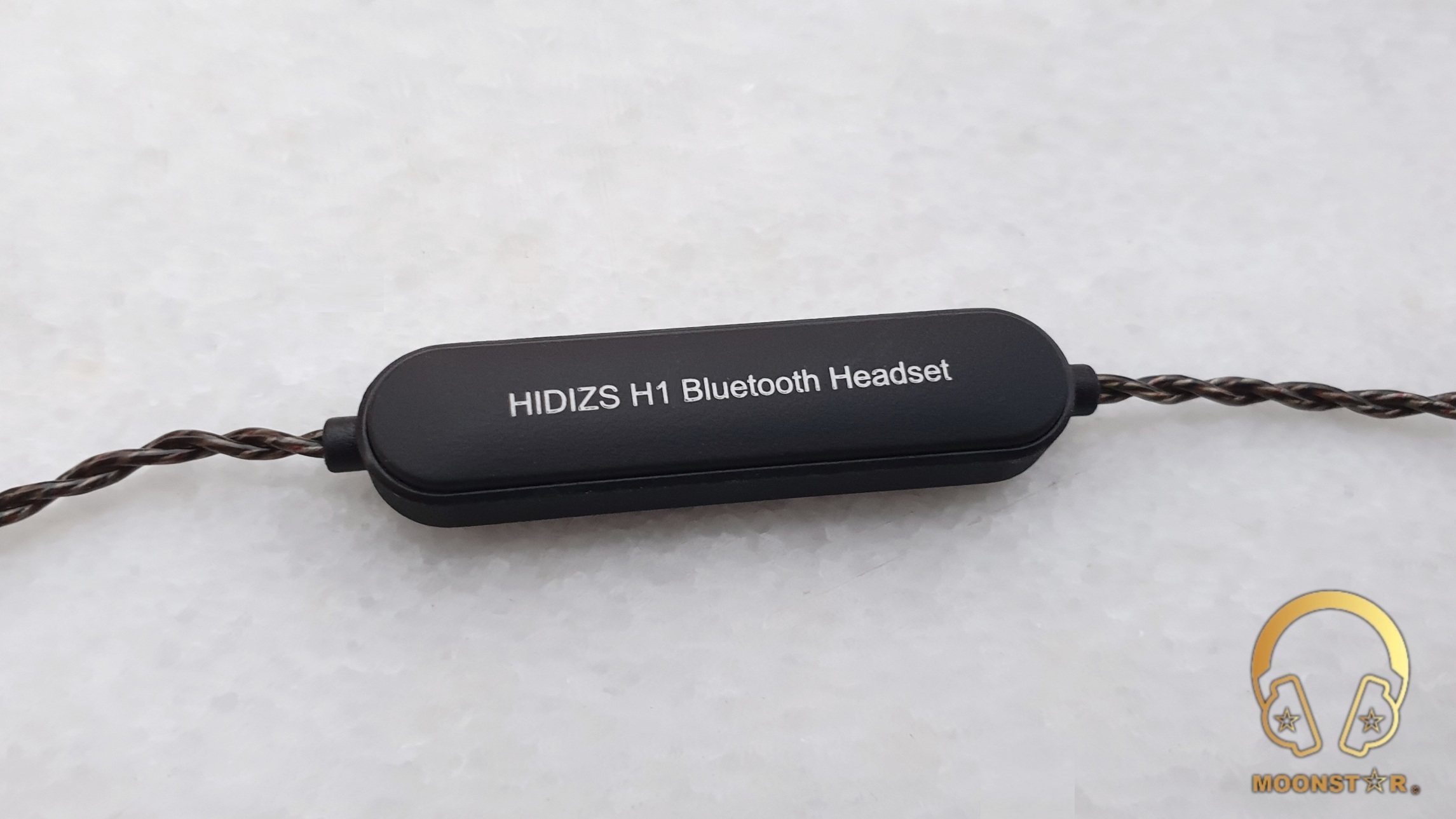 The BT cable sport 0.78mm diameter 2-Pin connectors that are compatible with most IEM’s with 0.78mm pins. 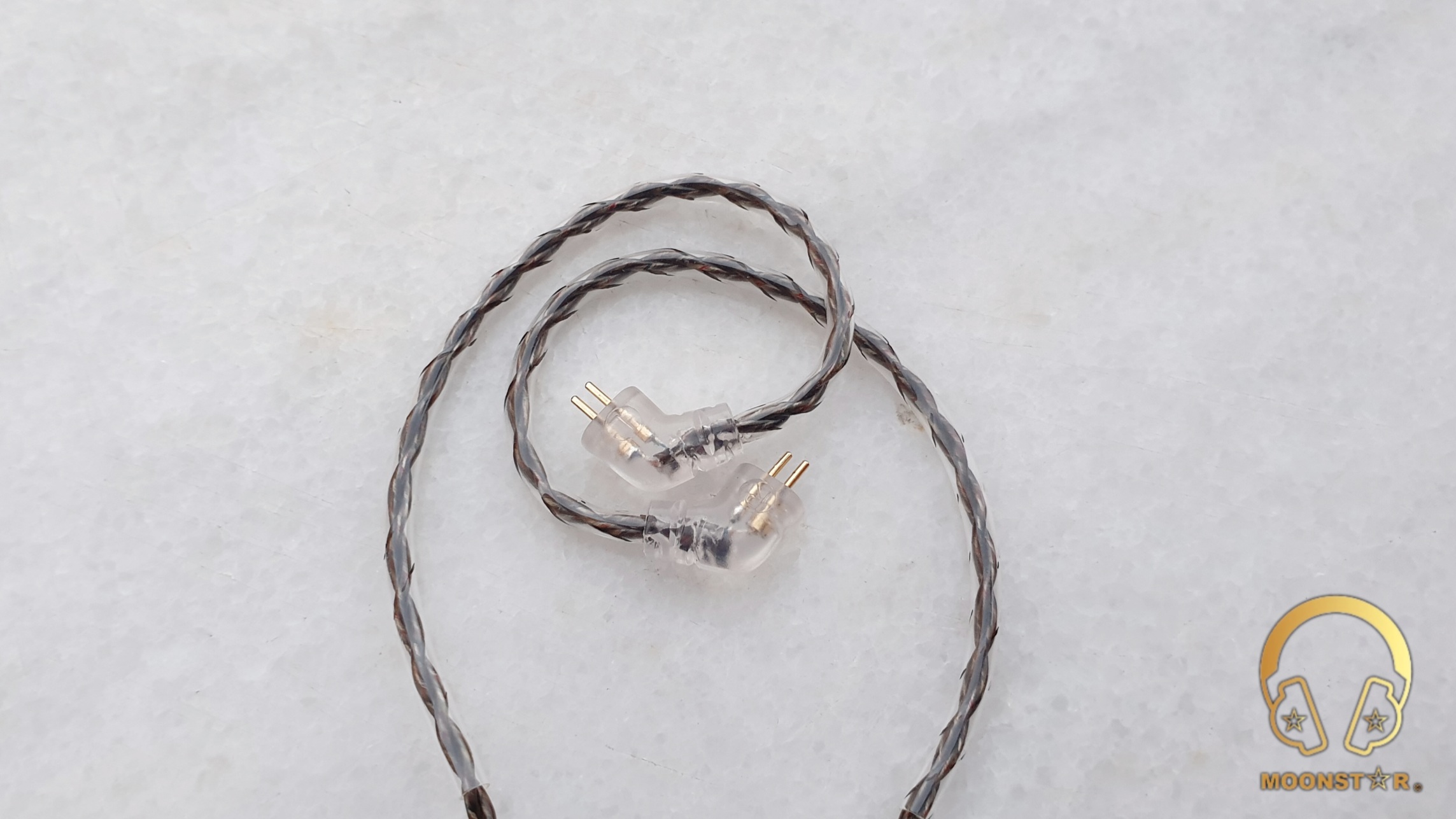 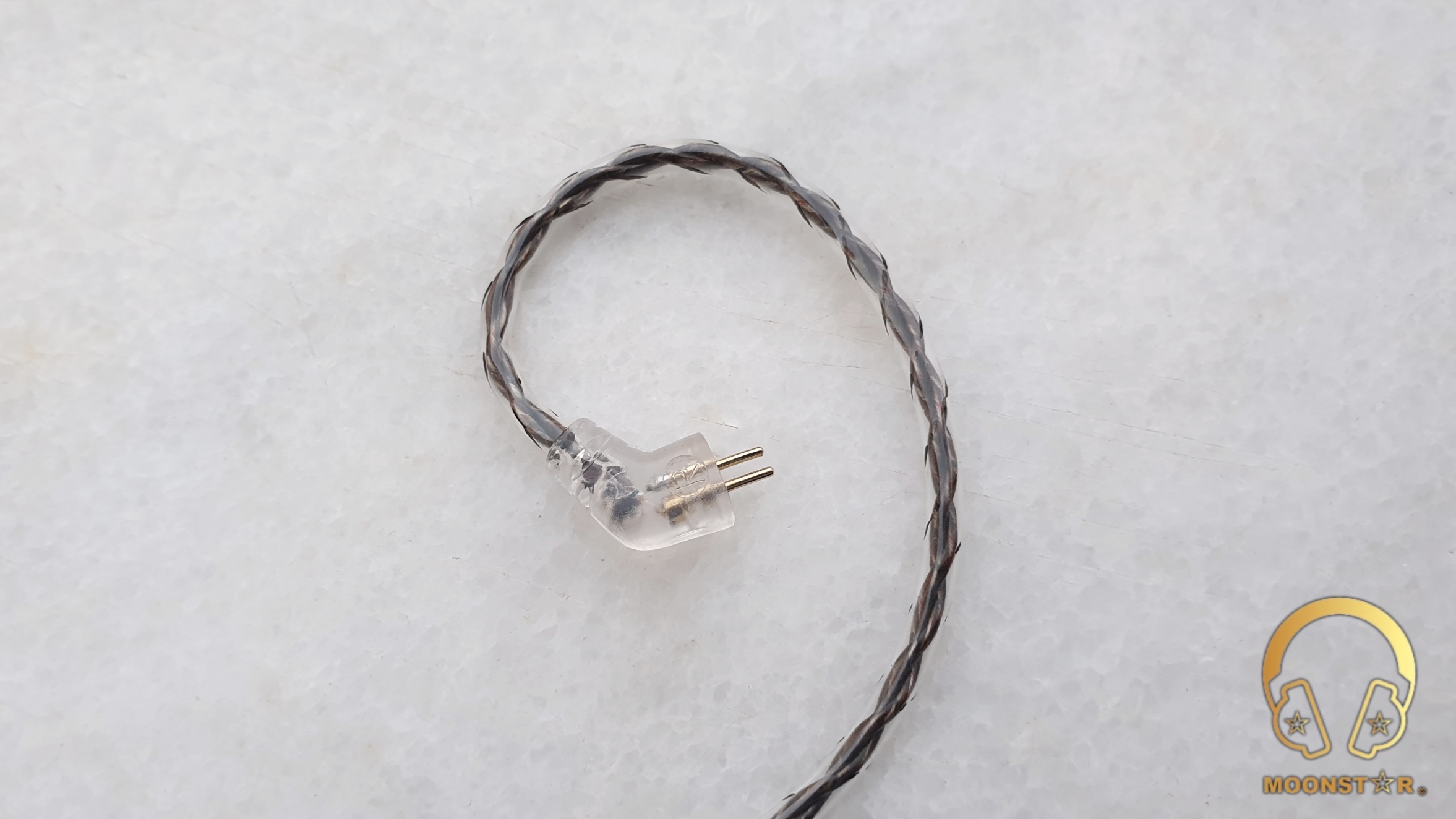 On the Top of the MS1 Rainbow In-Ear Monitor that we call also “the faceplate” is the Hidizs brand logo which is printed to the outer surface. 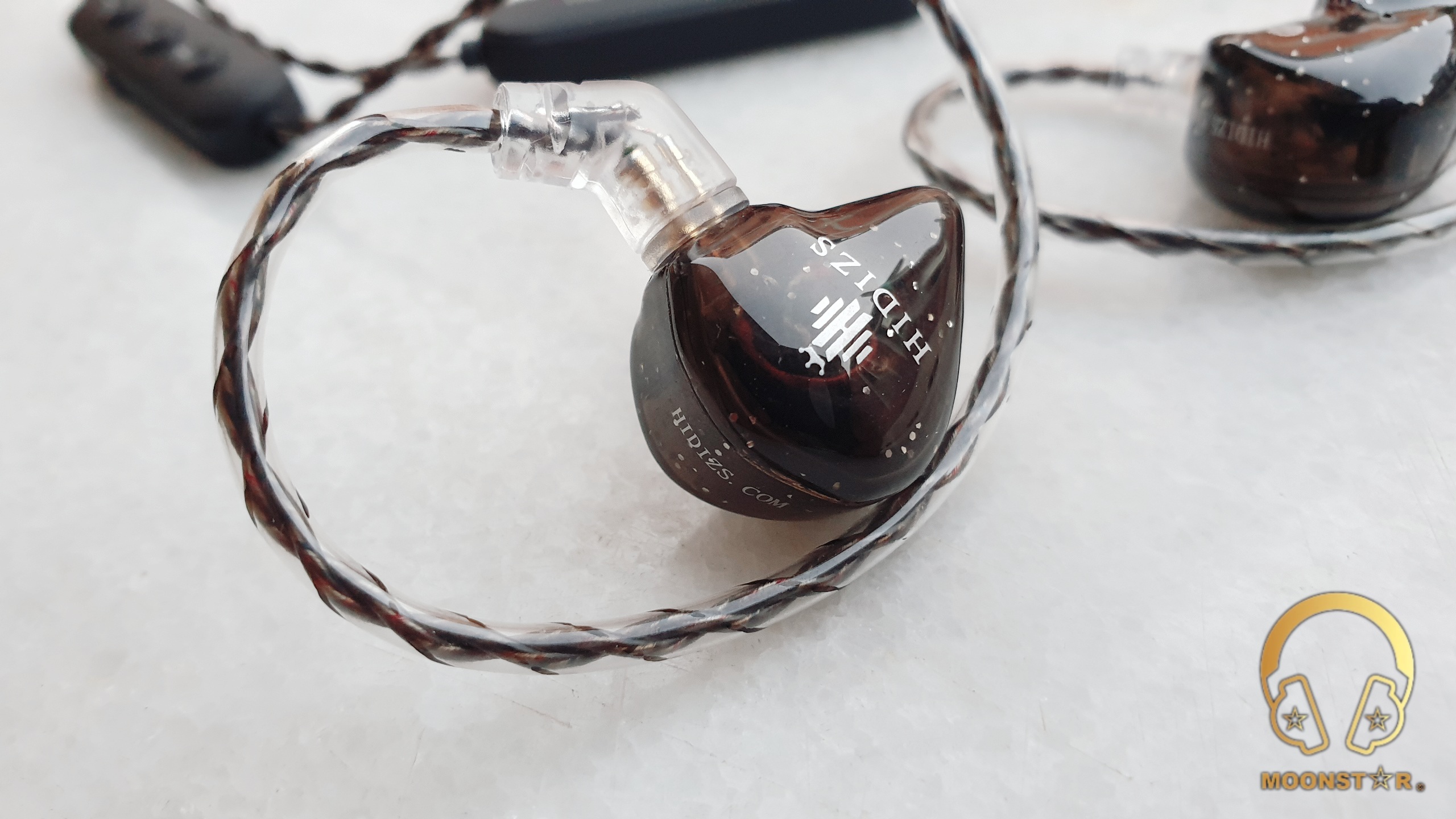 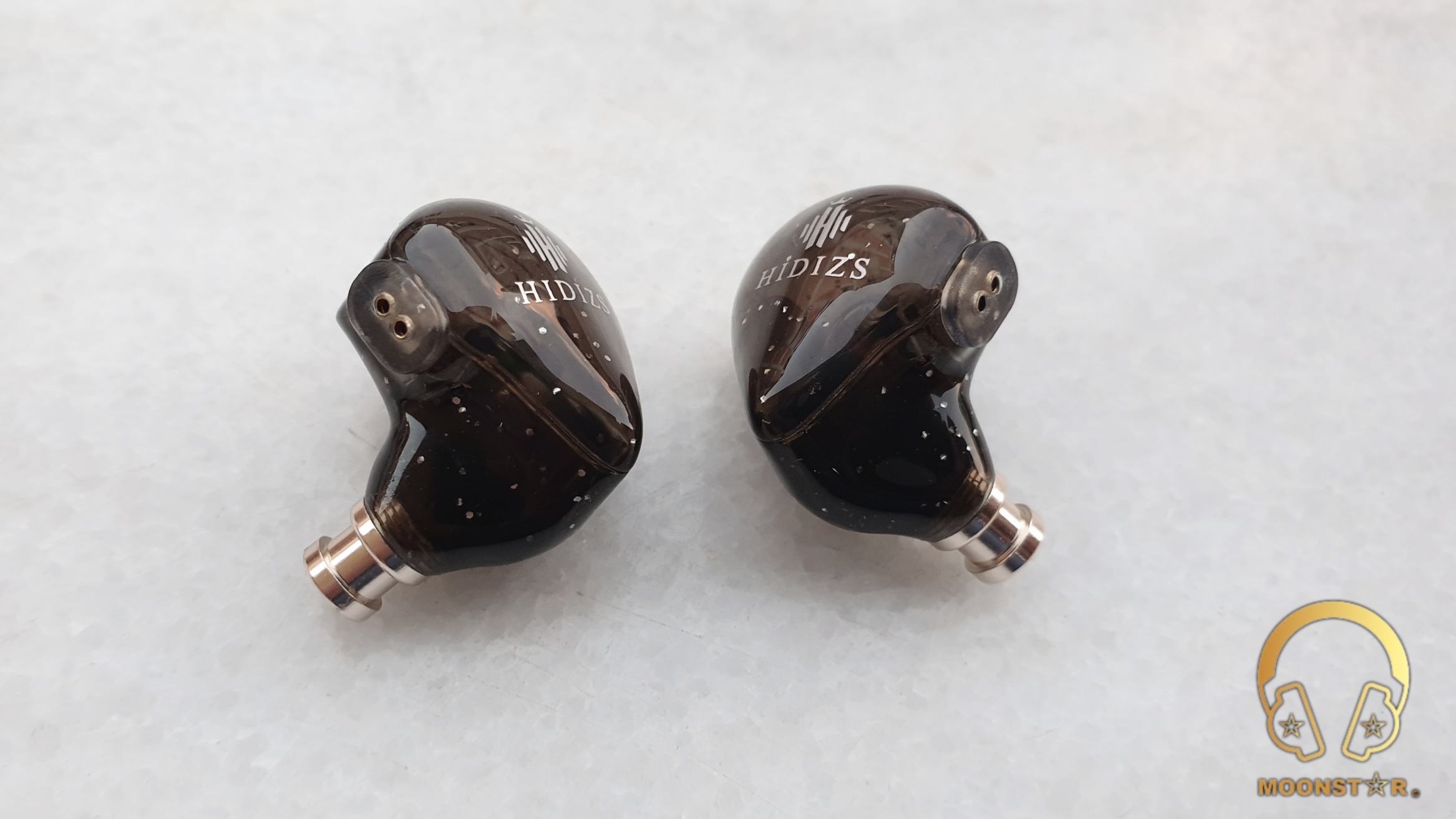 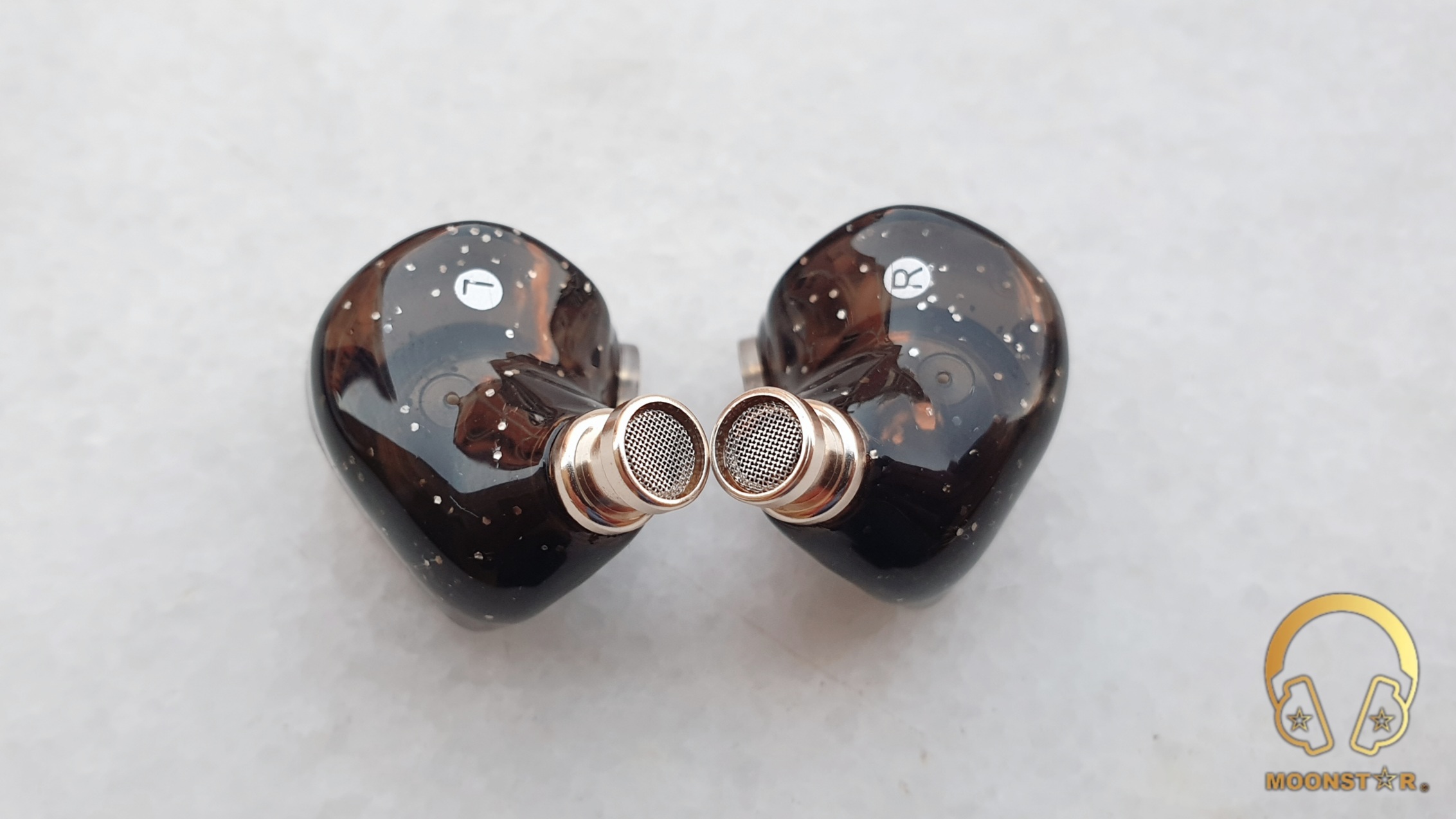 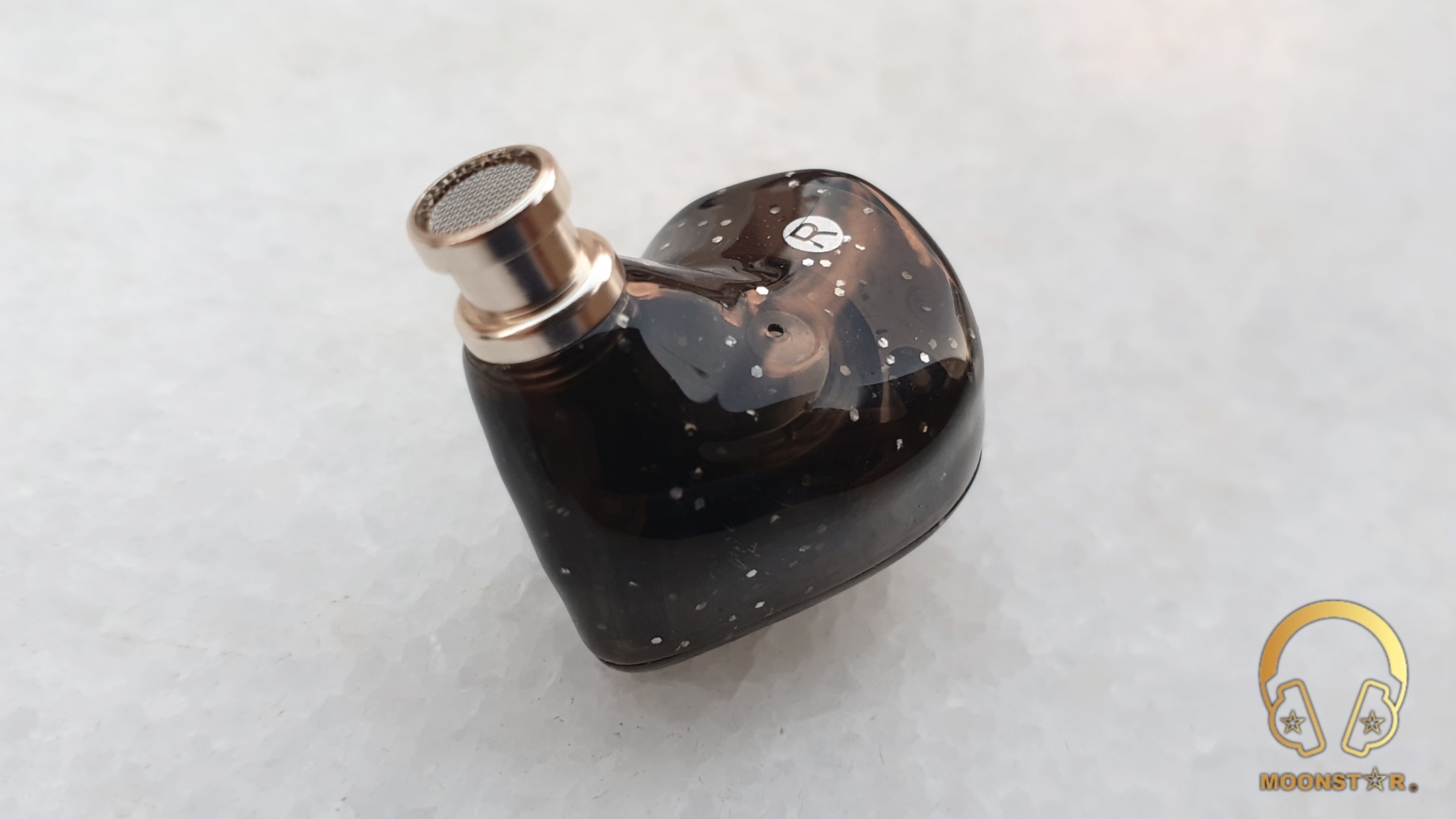 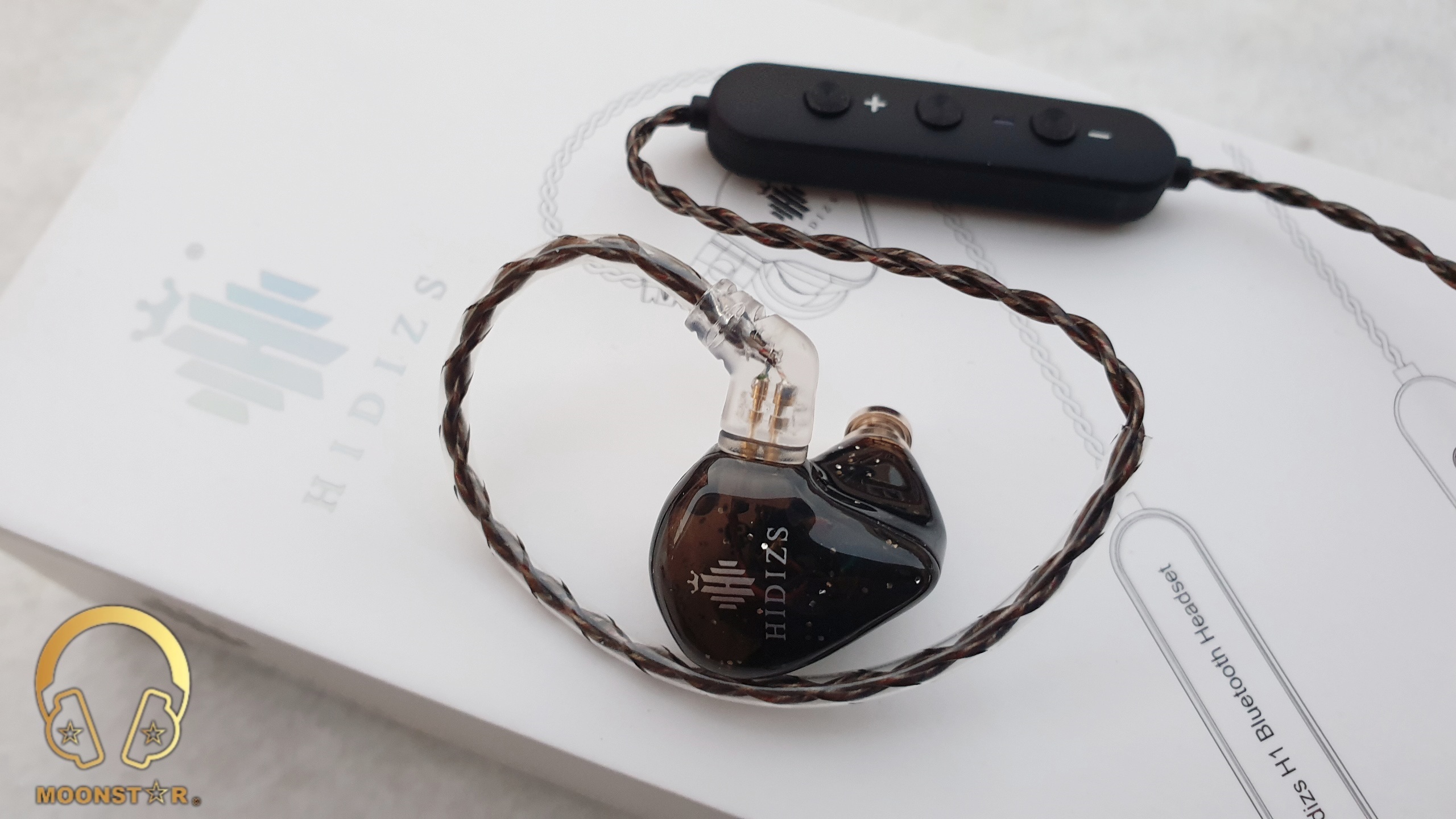 The QCC3005 SoC of the Hidizs H1 supports the following BT codecs:

The operating distance of the Hidizs H1 is about 7 meters, and was quite stable at home and even more stable if you use it outdoors.

The microphone of the Hidizs H1 features a so called HD Call support and offers an average voice transmission quality.

The BT cable is fairly successful in terms of Bluetooth transmitter and offers an above average performance in terms of Bluetooth latency. I did notice only a very low (maybe only some milliseconds) lip sync delay which was on a quite acceptable level for a product at this price category.

The HiBy Blue App is a software that shows the real-time sample rate, Bluetooth format, power (battery) of the H1 and supports EQ & Gain adjustments and can even help to update firmware of the product.

The monitor shape of the In-Ear Monitor is pretty comfortable and didn’t hurt my ear concha even after longer listening (2-3 hours) periods. The isolation on the other hand is on an average level which is sufficient for moderate noisy environments like the bus, metro or train. 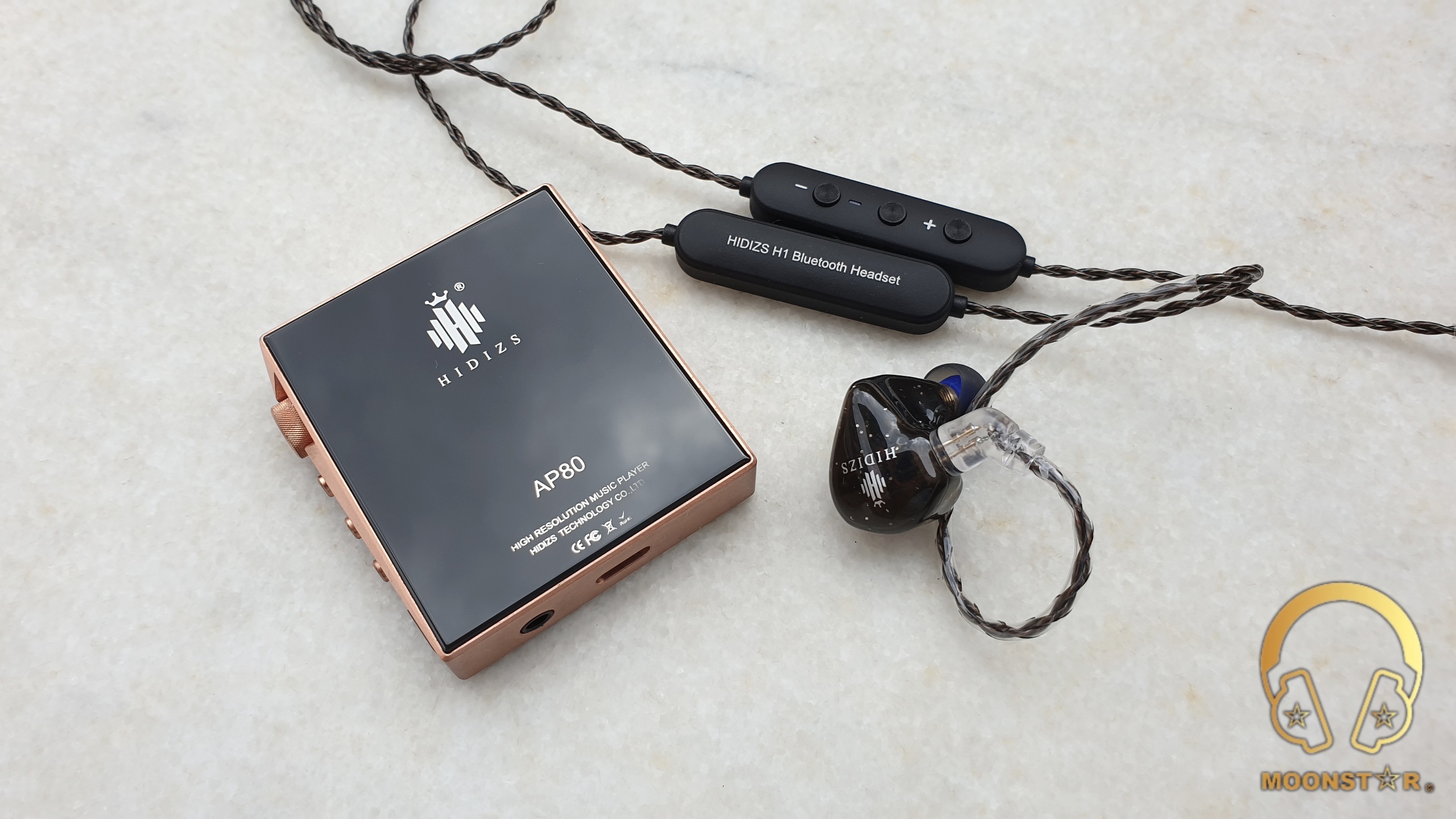 The Hidizs H1 is a combination of the MS1 Rainbow IEM and a BT Cable that has a warm tonality and shows a bass that is powerful and impactful. The midrange on the other hand is musical and has a good amount of clarity, while the treble range shows a nice level of sparkle and extension for a product at this price range.

The review for the Hidizs H1 (MS1 Rainbow + BT Cable) was written after a burn-in of approx. 45 – 50 hours and was paired with Hidizs AP80 Copper and other BT sources like the Samsung Galaxy S9 & iPad Air2.

The Hidizs H1 BT Headset that shows a subbass presentation that reaches fairly deep and shows an average intensity and extension. It is not very highlighted but the depth is on a sufficient level. The subbass tonality is slightly warmer than neutral and pretty controlled in its presentation.

The midbass region is slightly less pronounced compared to the subbass area and is able to shows a good level of impact that should be sufficient in terms of intensity and quantity. The midbass will satisfy most listeners with exception of bass-heads.

The general bass presentation of the Hidizs H1 can be described as controlled, fast and pretty linear.

The midrange of the Hidizs H1 BT Headset is slightly recessed due to the V shaped sound signature. It is fairly transparent and clear, while I would wish a tad lower midrange depth and fullness.

The Hidizs H1 is successful with both, male and female voices that do sound in general pretty detailed and transparent. Female vocals have an advantage over male voices due to the upper midrange character, which is more highlighted compared to the lower midrange, which is missing a tad of extra depth and body.

When it comes to the instrument performance, I can say that violins and pianos are more emotional, natural and detailed compared to instruments like acoustic guitars or violas that do sound otherwise fairly pleasant.

The upper midrange region was a bit harsh at the beginning and needs some burn-in to normalize. The upper midrange tuning of the Hidizs H1 makes the overall presentation in this area fairly transparent and airy.

The treble range of the H1 sounds pretty successful in terms of extension. It is also fairly detailed and gives the overall presentation a nice amount of clarity and airiness, especially while listening to genres like jazz and classical music. The treble range needs same as the upper range some burn-in to smooth out and to sound more controlled.

The soundstage of the Hidizs H1 shows a sufficient performance for a product at this price in and offers a god level of separation, layering and placement of instruments and vocals. The soundstage width is on an average level, while the depth is just ok. 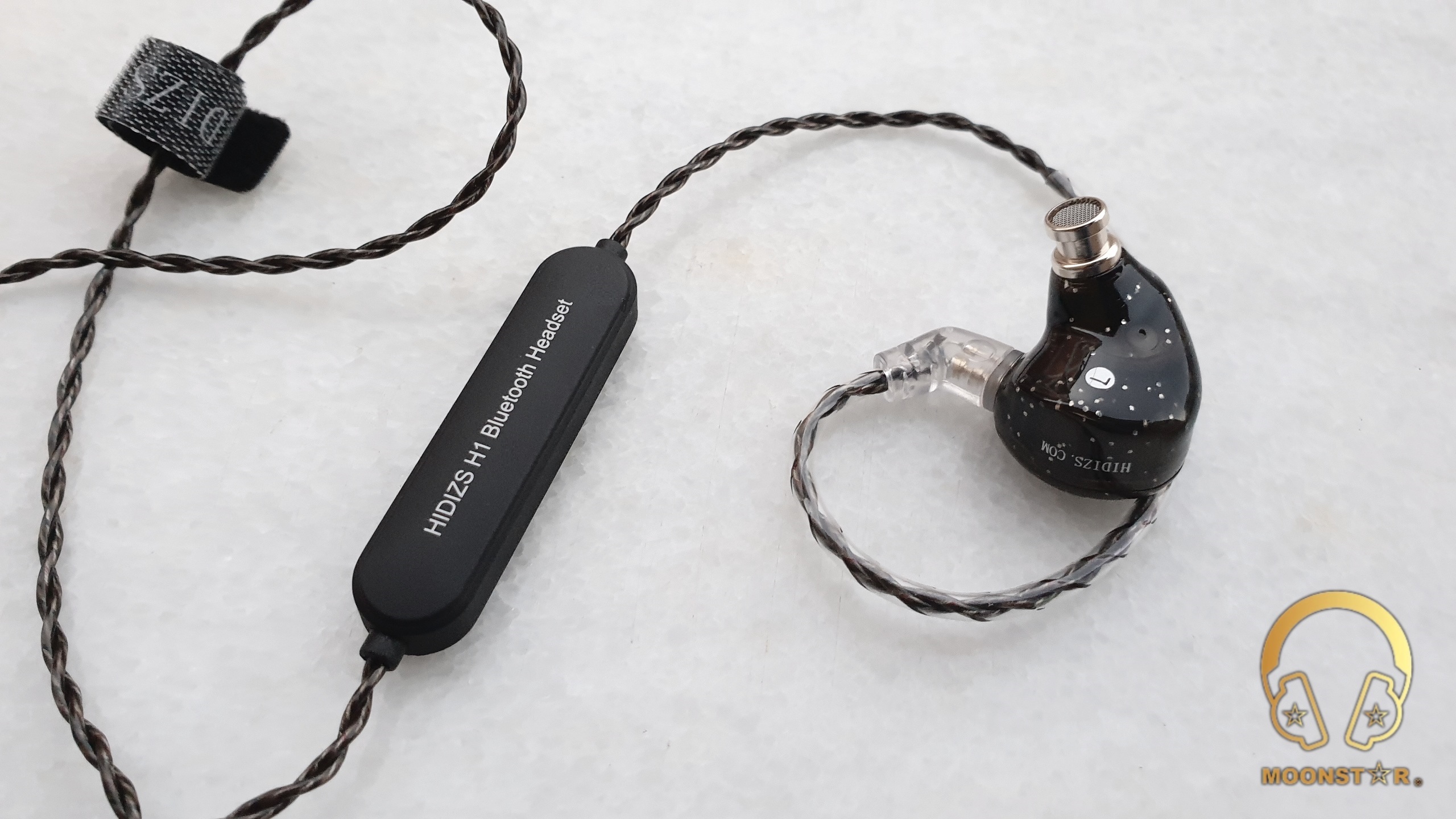 Hidizs offers a BT version of the original MS1 Rainbow that was a very successful product in its own price category. So, If you are looking for an BT Headset with an entertaining and fairly detailed presentation that can be purchased around 50 USD, the Hidizs H1 is a great options that comes with a nice BT cable that can be used with other IEM’s with 2Pin connectors.