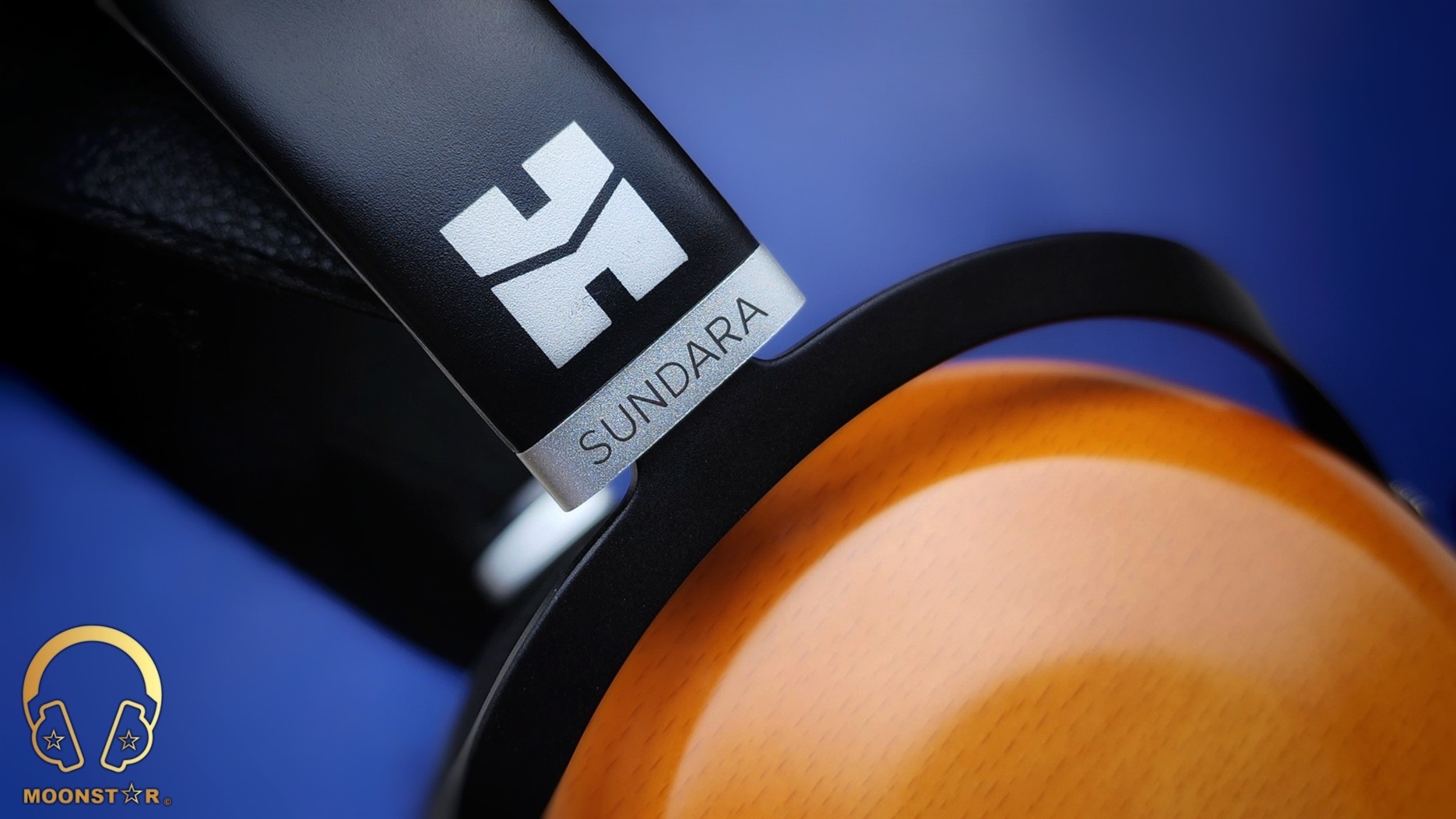 HiFiMAN was founded by Dr. Fang in New York – USA and is one of the most well-known personal audio companies in the audiophile word that offers a wide variety of Hi-Fi Reference and Premium class products like Portable Audio Players, Planar Magnetic & Dynamic Driver Headphones, Desktop Amplifiers, Earphones, IEM’s and TWS Headphones & Monitors.

The new Sundara CB is the Closed-Back version of the original Sundara that stills a highly praised Open-Back headphone in the audiophile community. The Sunadra Closed-Back (in short CB) is equipped with HiFiMAN’s latest Planar Magnetic Driver technology with a Nanometer Thickness Diaphragm and Submicron Thickness Conductor that is equipped with a special “Stealth Magnet Design”, which enables the “Sound Waves” to pass through the magnets without generating interference.

I would like to thank HiFiMAN for providing the Sundara Closed Back Headphone as review sample. I am not affiliated with HiFiMAN beyond this review and all these words are reflecting my true and unaltered opinions about the product.

The actual price of HiFiMAN Sundara Closed-Back Version is $399.00 USD. More information’s about the availability can be found under the link bellow;

The HiFiMAN Sundara CB came inside a cardboard box in brown color, which looks a bit different compared to previous products, which has a box in black color with a smooth surface. On the top of the box is a black strip with the illustration of the Sundara CB and some product related brandings such like the “Stealth Magnets Design” and “NEO Supernano Diaphragm”. 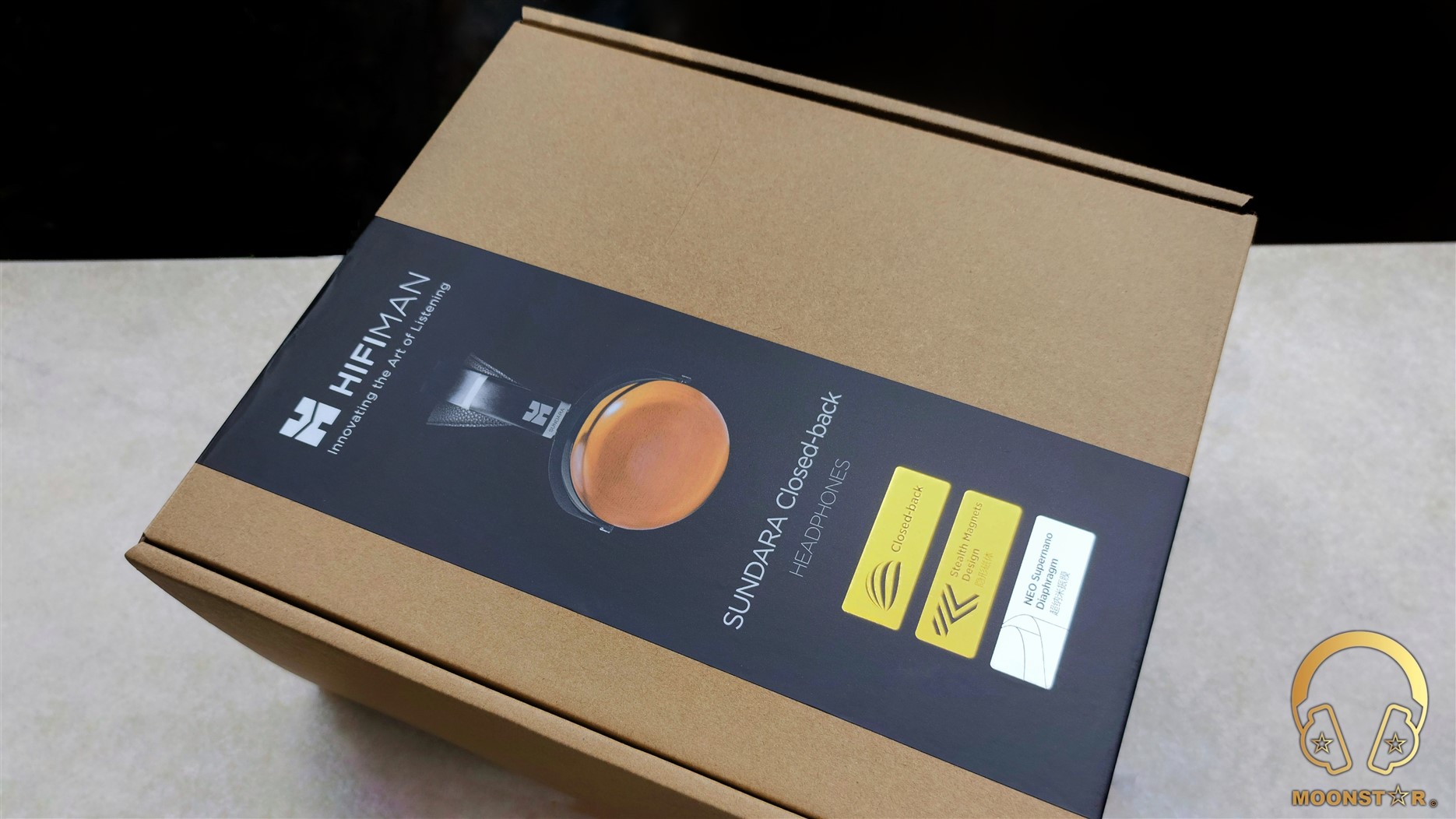 Inside the box of the HiFiMAN Sundara CB are the following items; 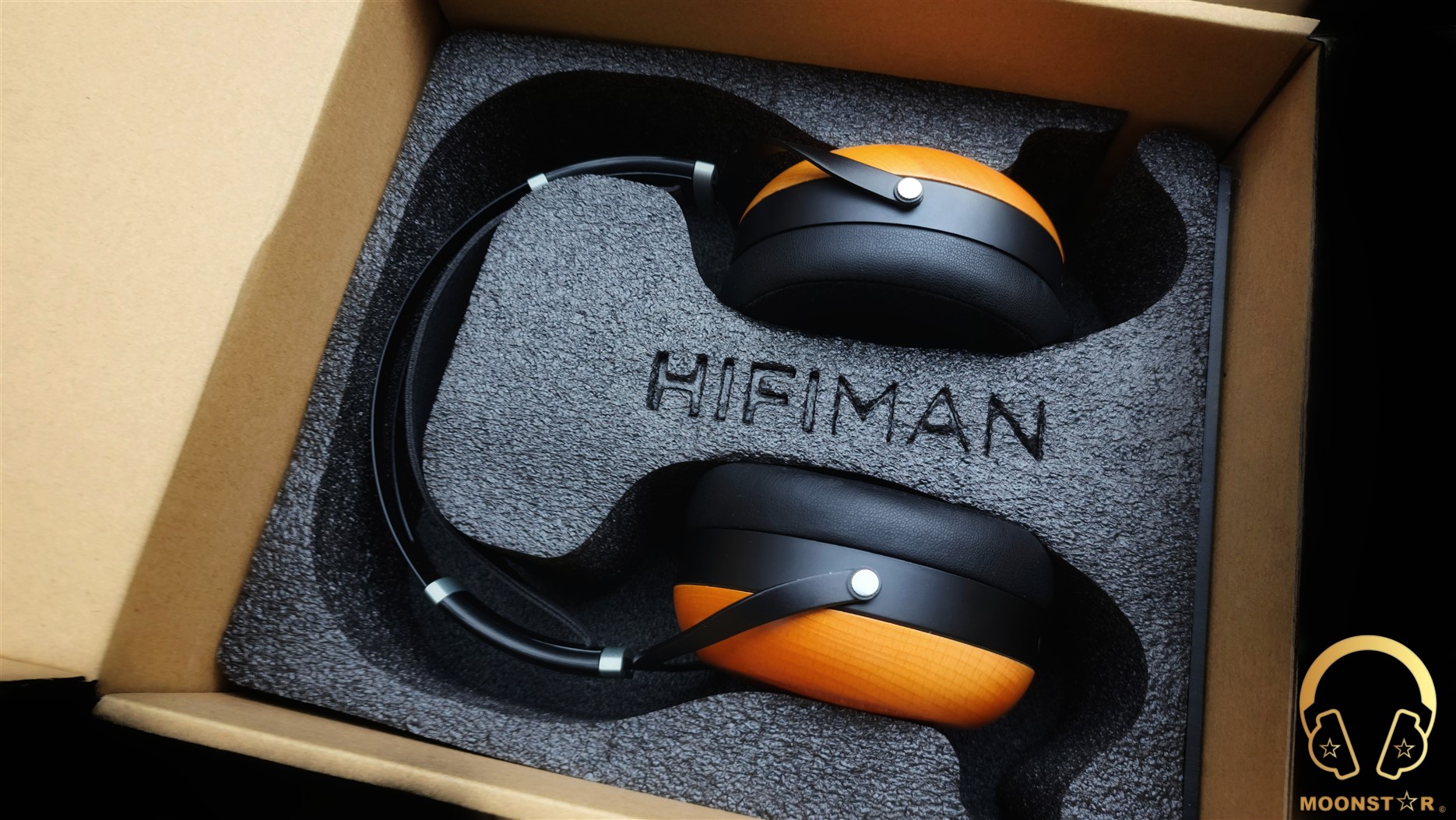 The Sundara CB comes with a 150cm long detachable cable that features a 3.5mm L angled headphone jack with a plastic housing. The cable comes with TPU isolation in black color that shows low amount of microphonic effect. The cable has two sockets with 3.5mm male terminations. 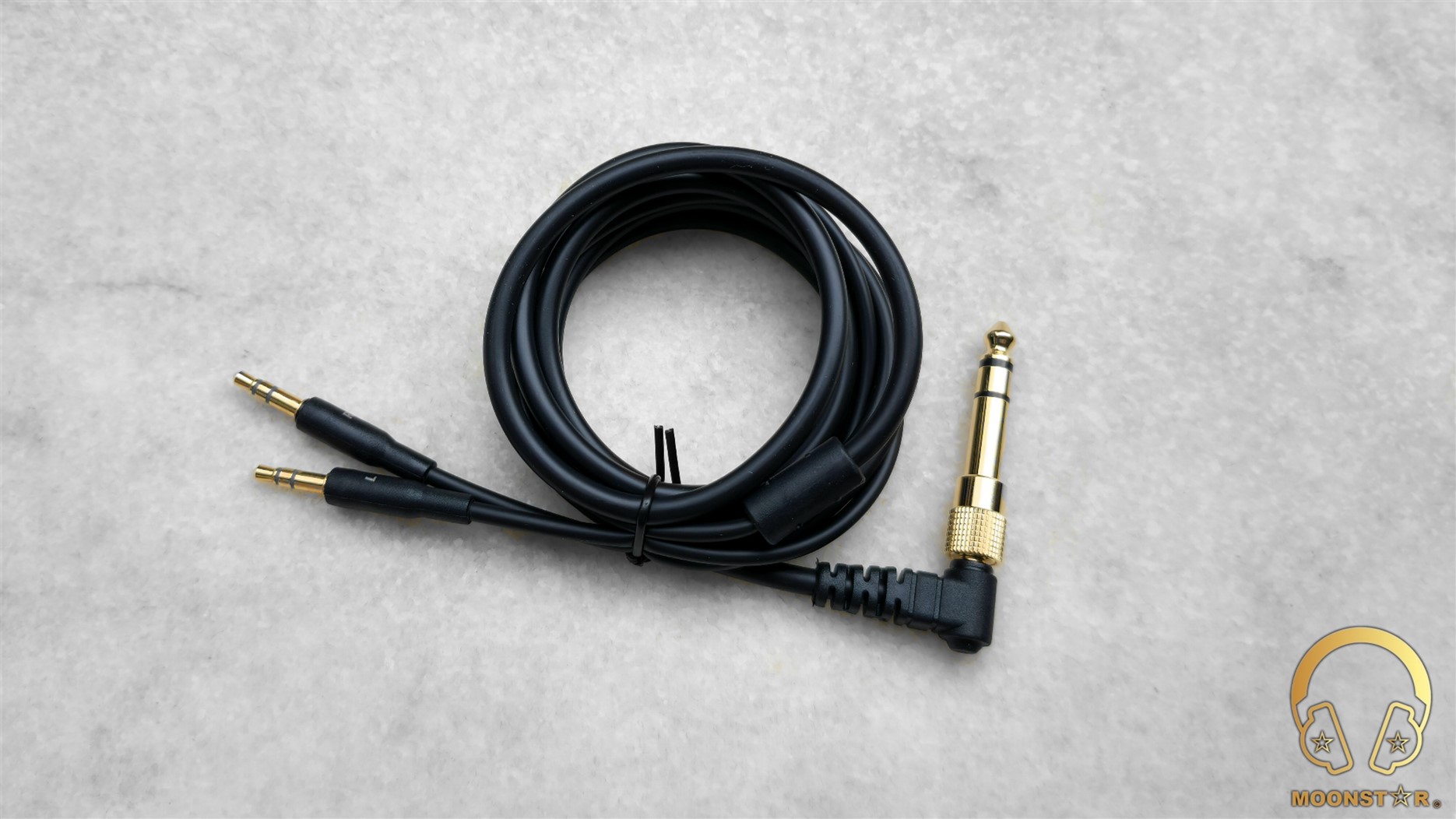 Inside the box are two foam layers to in order to protect the headphone, while one of the foams, which have the HiFiMAN branding can be used as a headphone stand that is a nice addition. 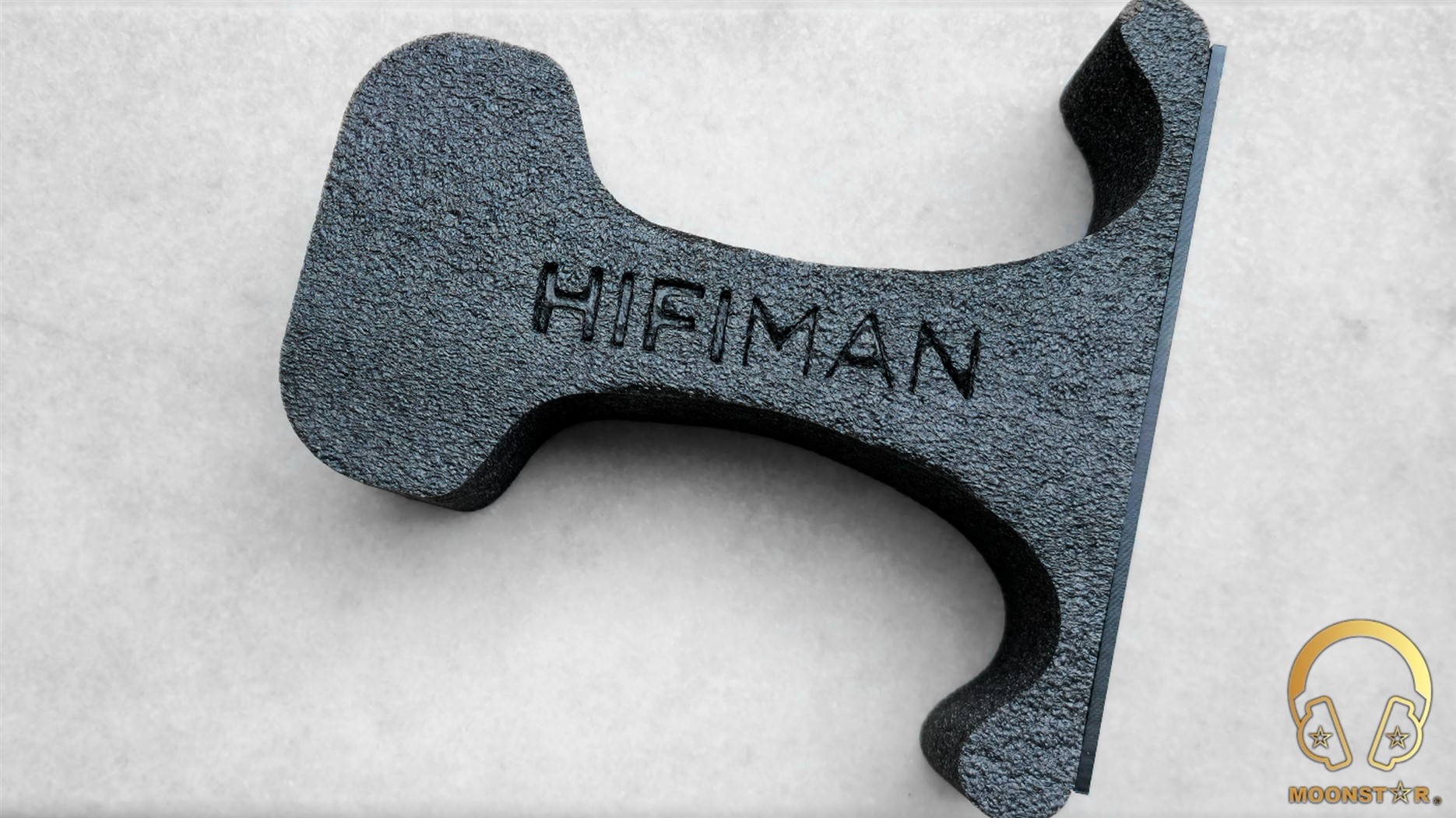 Sundara (सुन्दर) is a Sanskrit term meaning beautiful, lovely (of a person), or generally, noble; well, right (Source: Wikipedia). The Sundara is a Closed-Back Headphone that features HiFiMAN’s latest Planar Magnetic Driver with a Stealth Magnet Design, which shares some similarities with the Open-Back Sunadra such like the rounded ear cups and the general headband mechanism. The eye-catching part that sets the Sundara apart from the almost traditional HiFiMAN design language are the hand assembled wood grain ear cups made from Beechwood material. 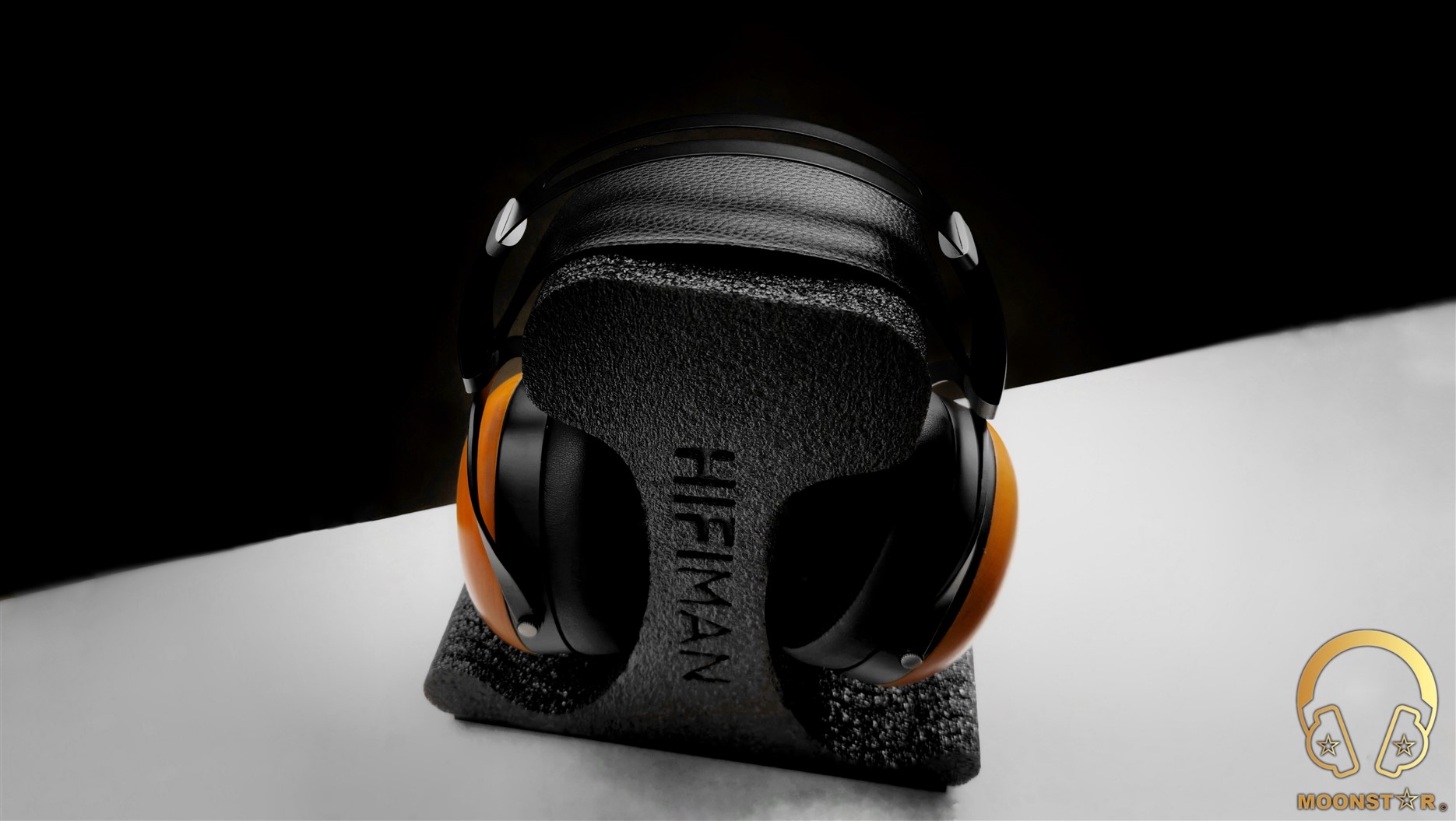 The build quality is pretty fine, but nothing special compared to previous products of the company. 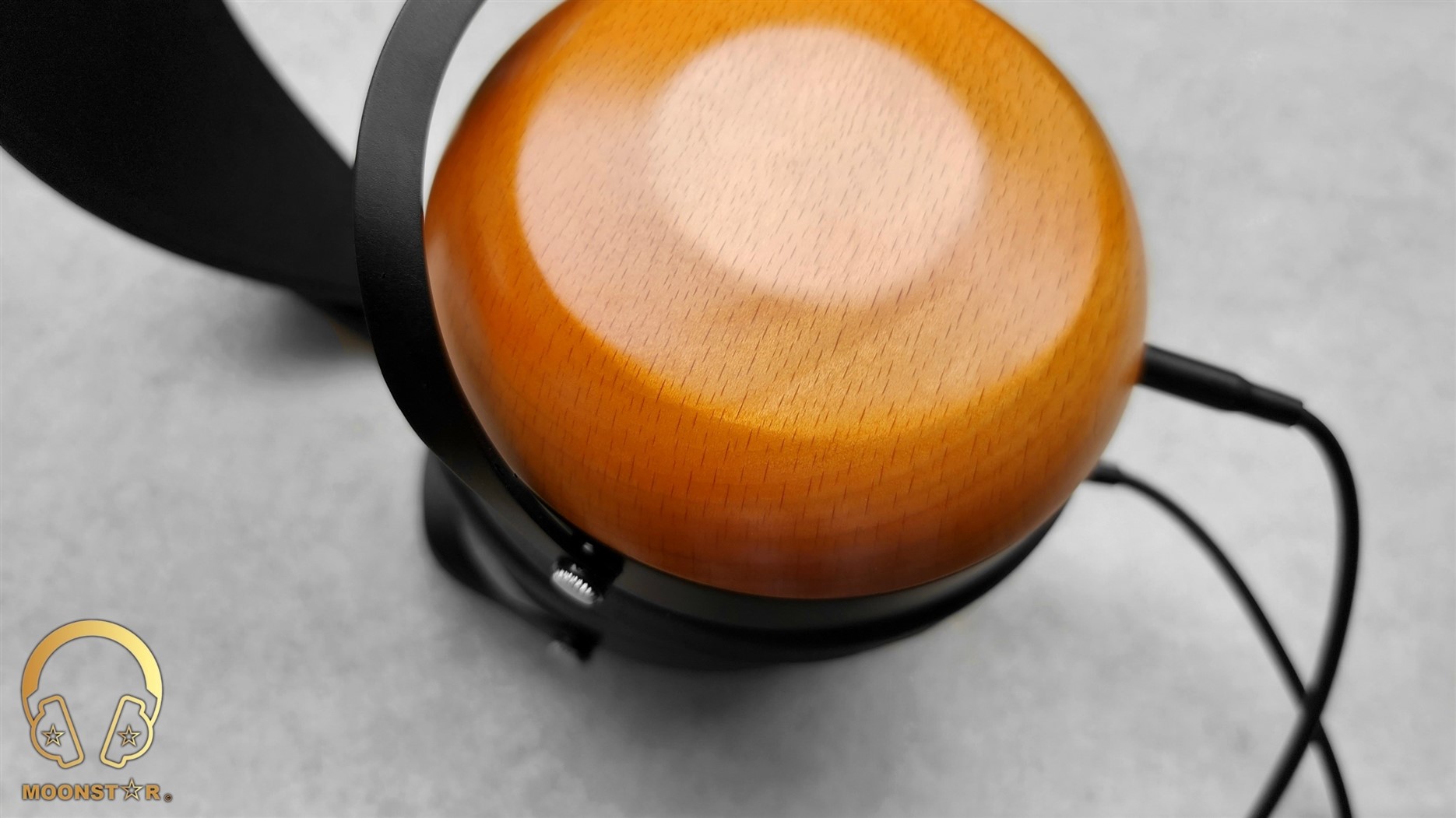 The Sundara CB is relative lightweight with approx. 432 grams for a Closed-Back headphone that is equipped with Planar Magnetic Drivers. 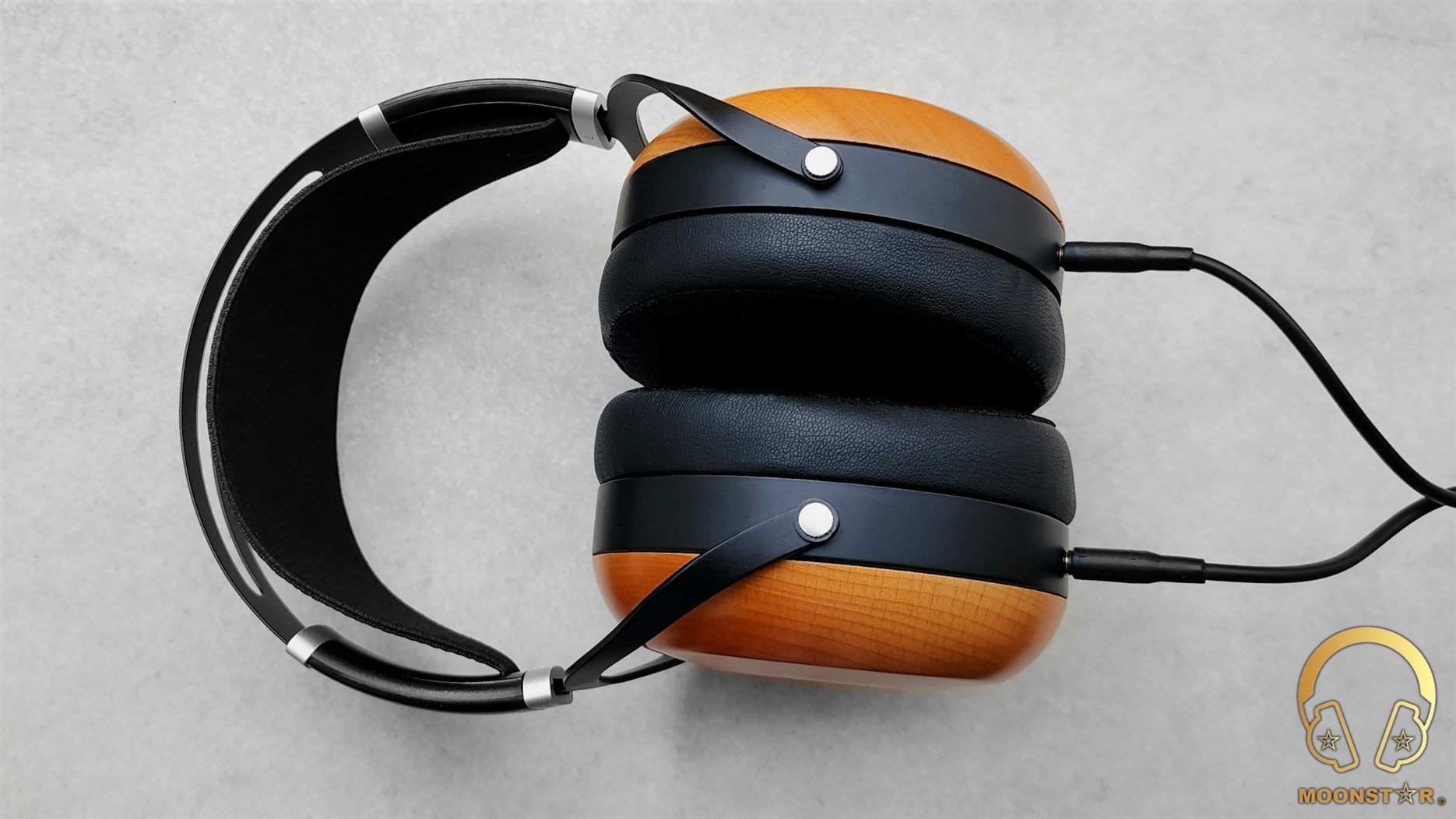 The removable ear pads of the Sundara CB do have a pleather (protein leather) outer layer and a perforated inner layer. 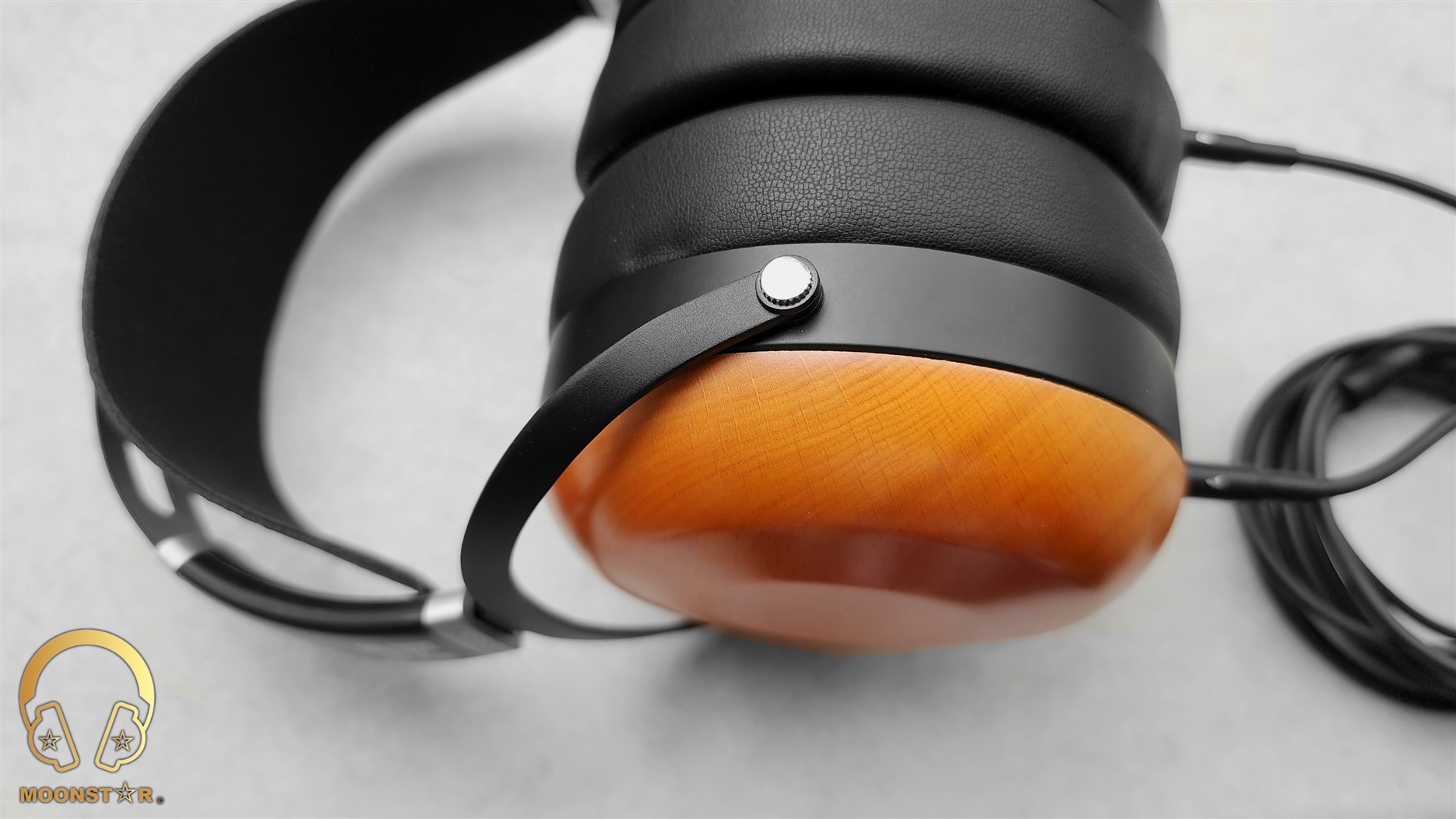 The surface area is made from fabric material is also in black color. The ear pads do have a pretty soft padding that offers a quite comfortable experience even after longer listening periods. 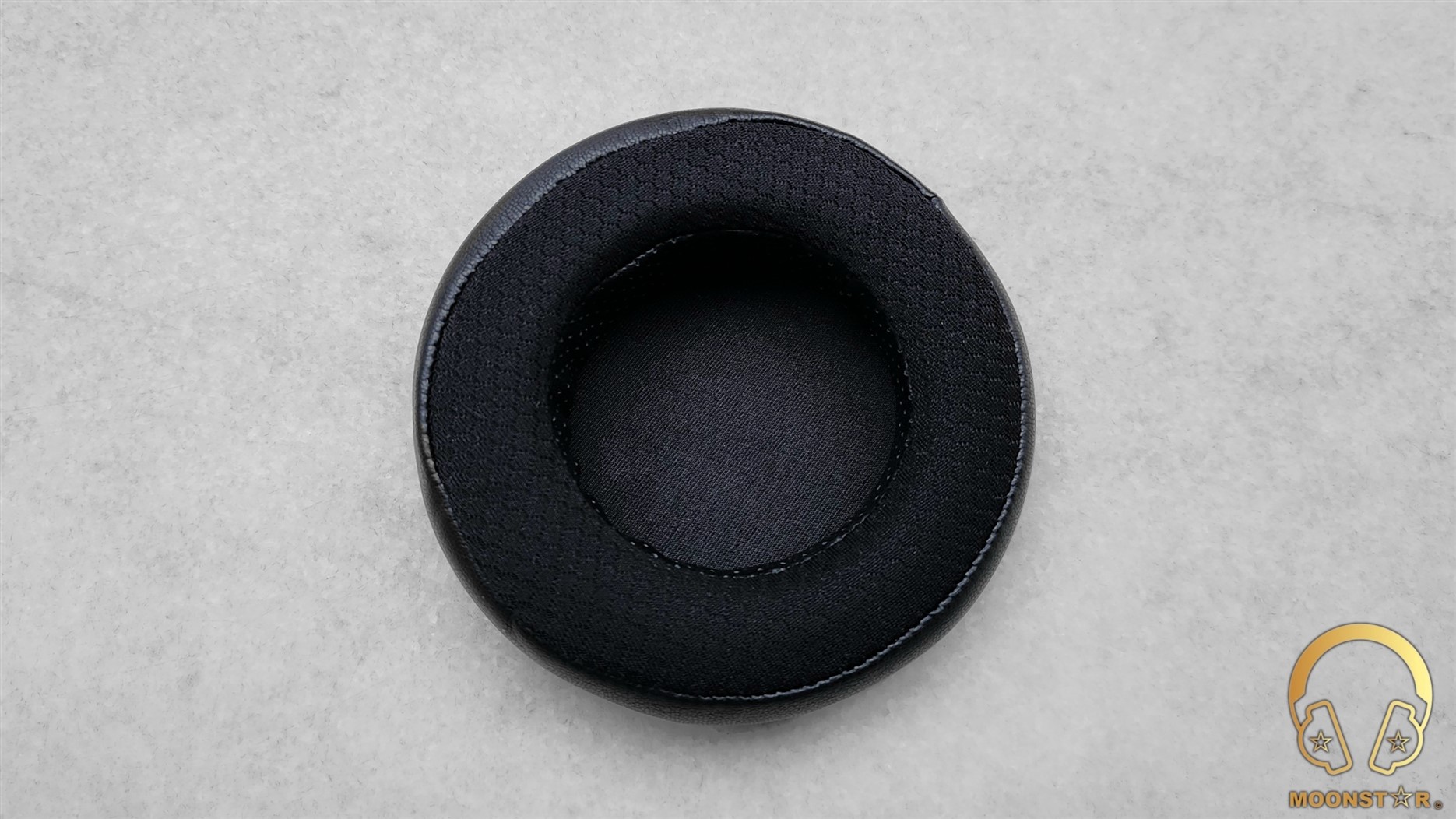 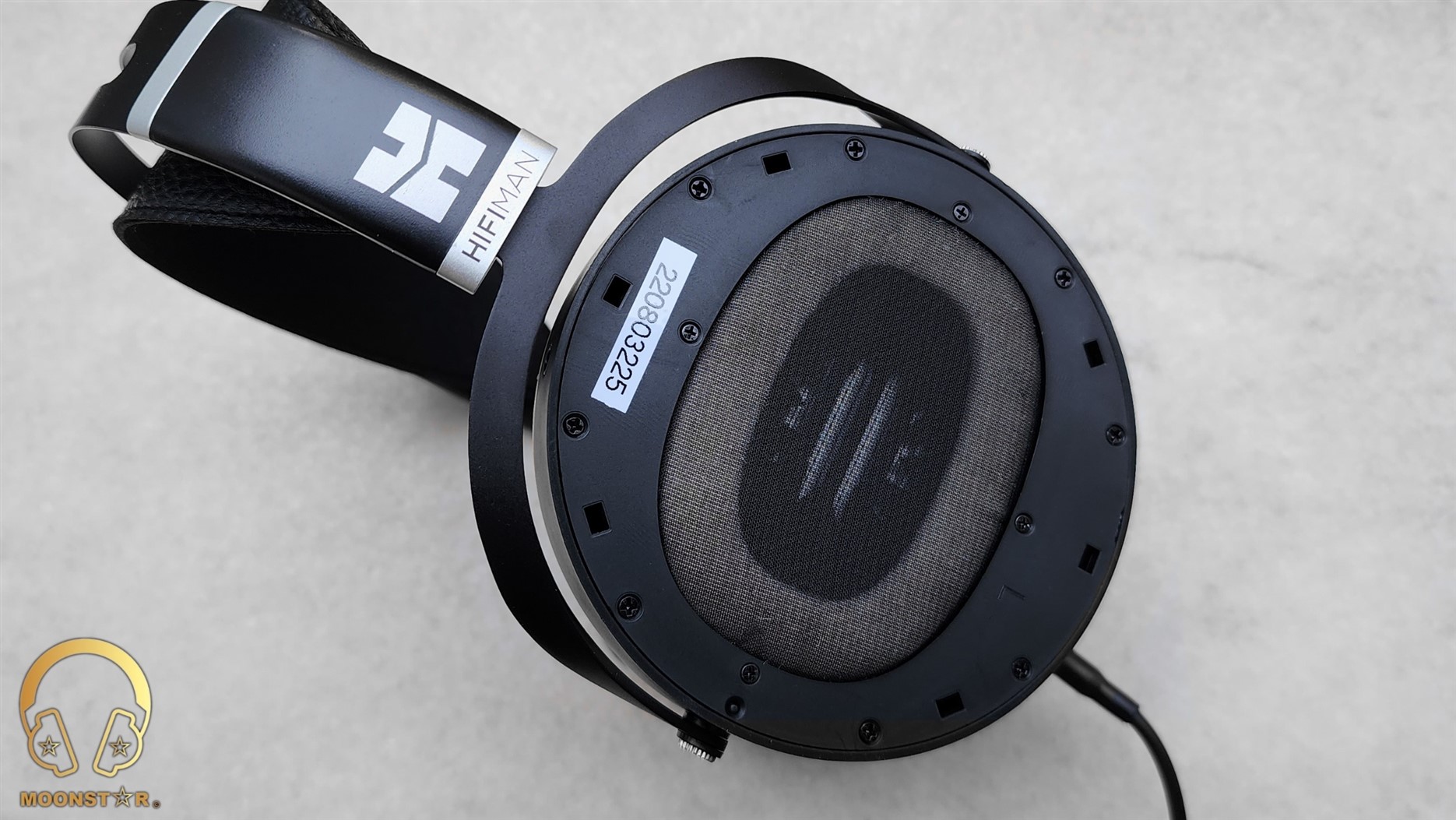 At the bottom of each ear cup are 3.5mm TRRRS female connectors that do fit fairly tight to the sockets on the detachable cable. 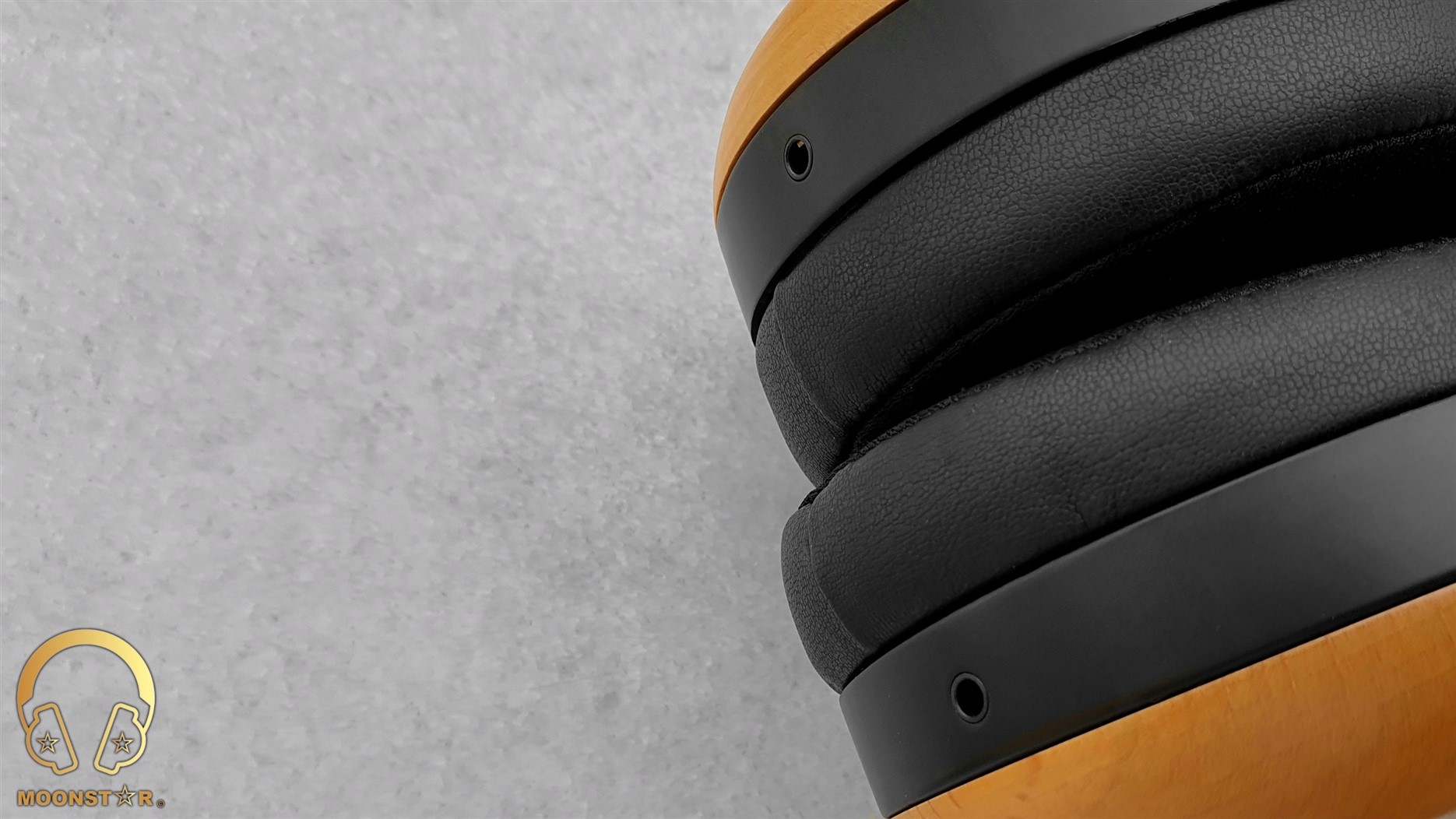 The Sunrada Closed-Back (CB) has the same headband design like the Sundara Open-Back (OB), which is based on the HE1000’s suspension-strap headband system. 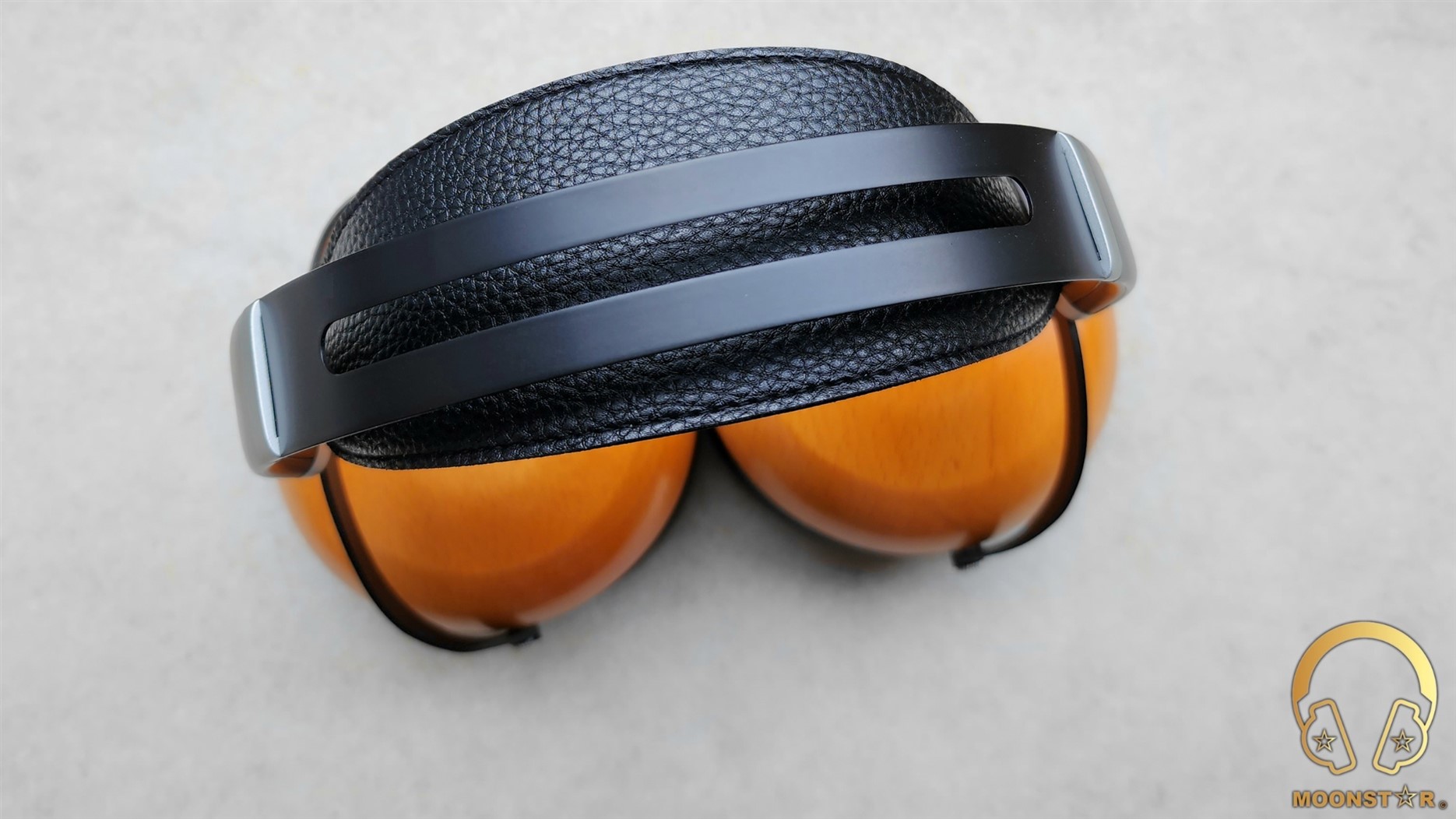 The headband system is made from a combination of spring steel, metal, high grade of plastic and pleather/polyester (synthetic leather) material that looks and feels pretty sturdy. Just below the sides is the adjustment mechanism of the headband system that is covered with a plastic housing on each side which is mainly in black color with exception of a small part in silver color located on the top and bottom. 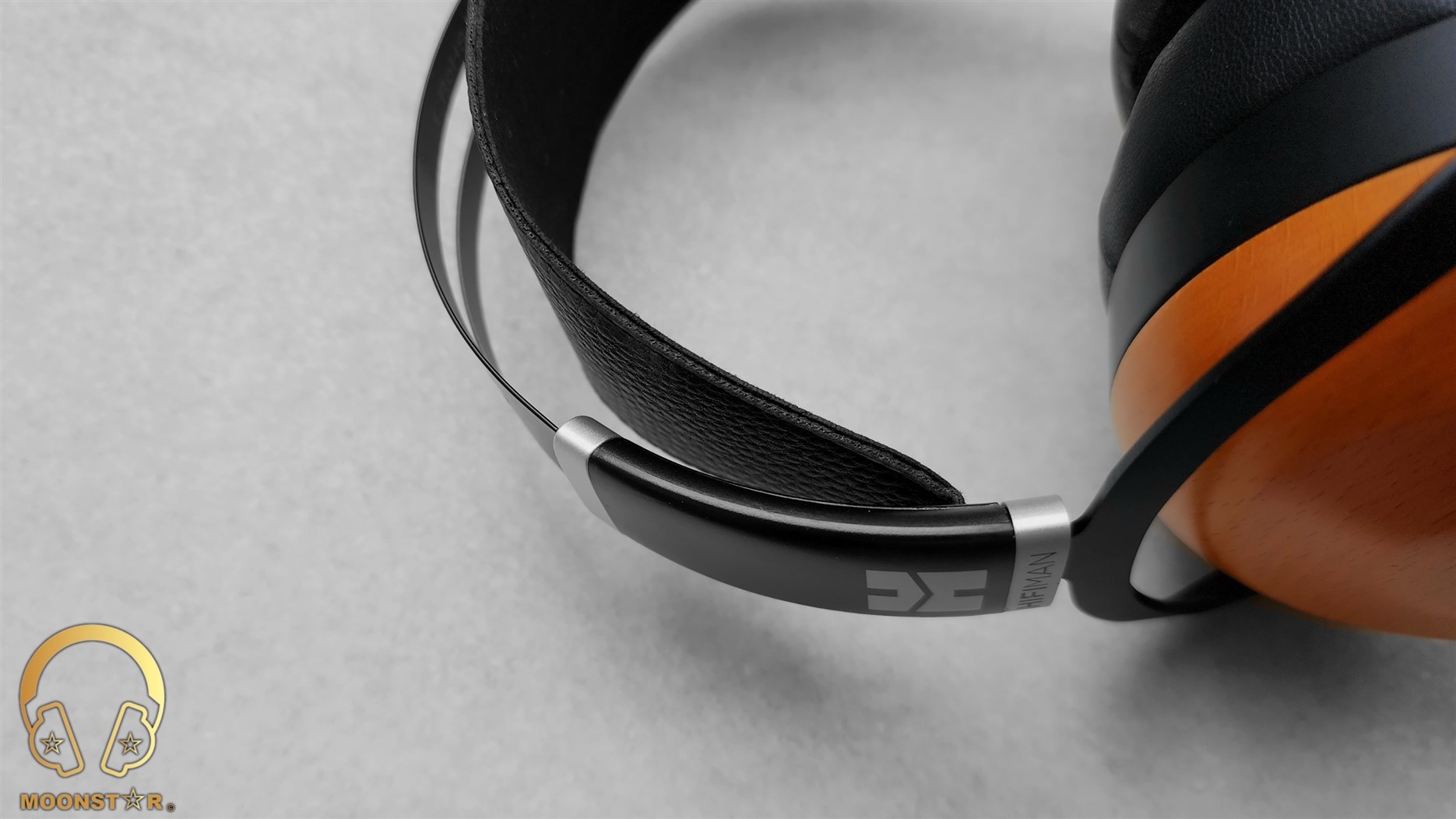 The pleather (top) and polyester (bottom) part of the headband has a perforated surface. It is pretty comfortable and the offers enough clamping force to keep it firmly on my average sized head, without to become uncomfortable, even after longer listening periods. 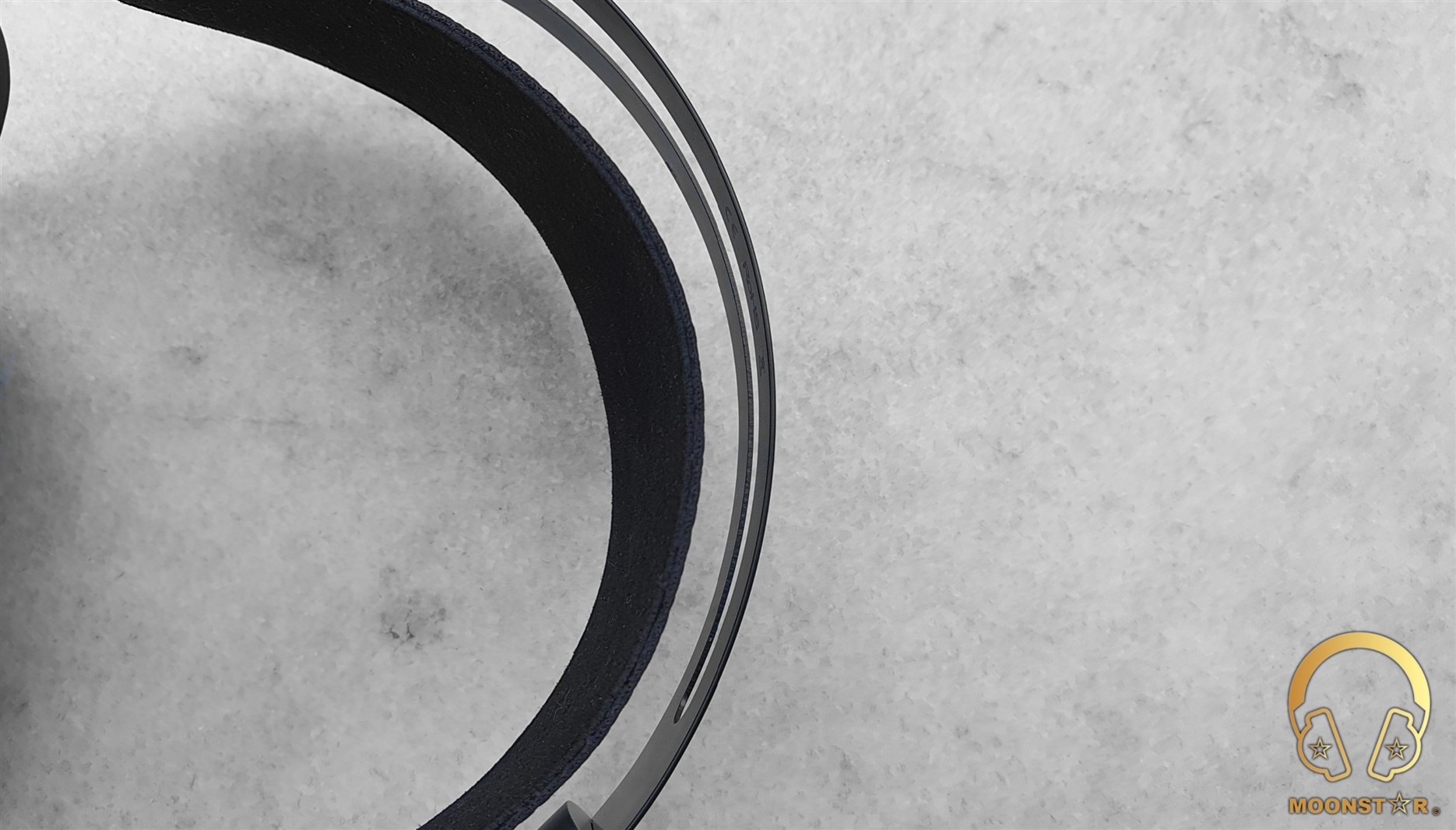 The mechanism is a bit too tight, while it offers a quite solid look and feel. At the inner surface of the plastic parts are the L (left) and R (right) markings. 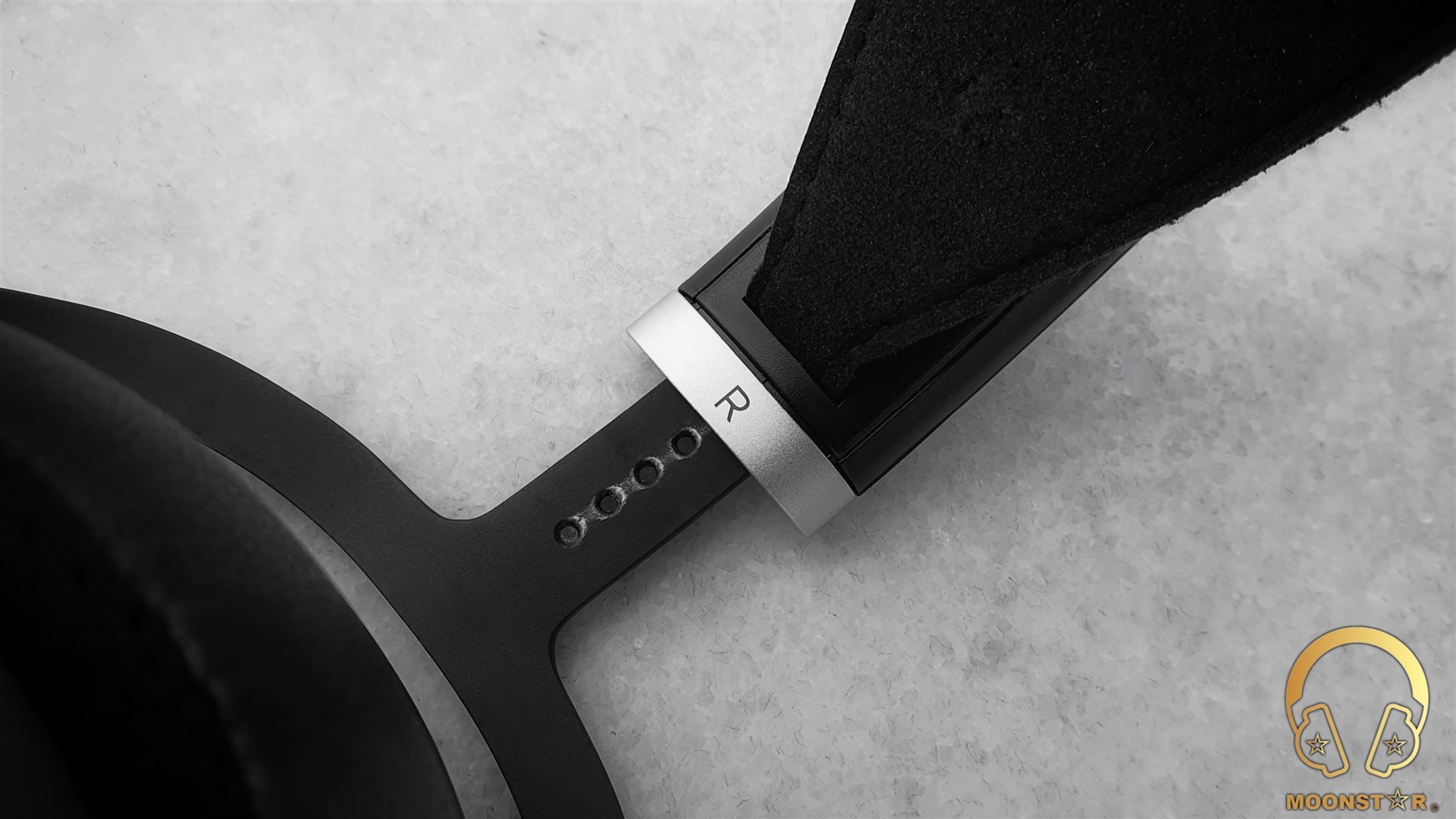 The right surface sports the Sundara branding, while the right side has the HiFiMAN Logo on the top. 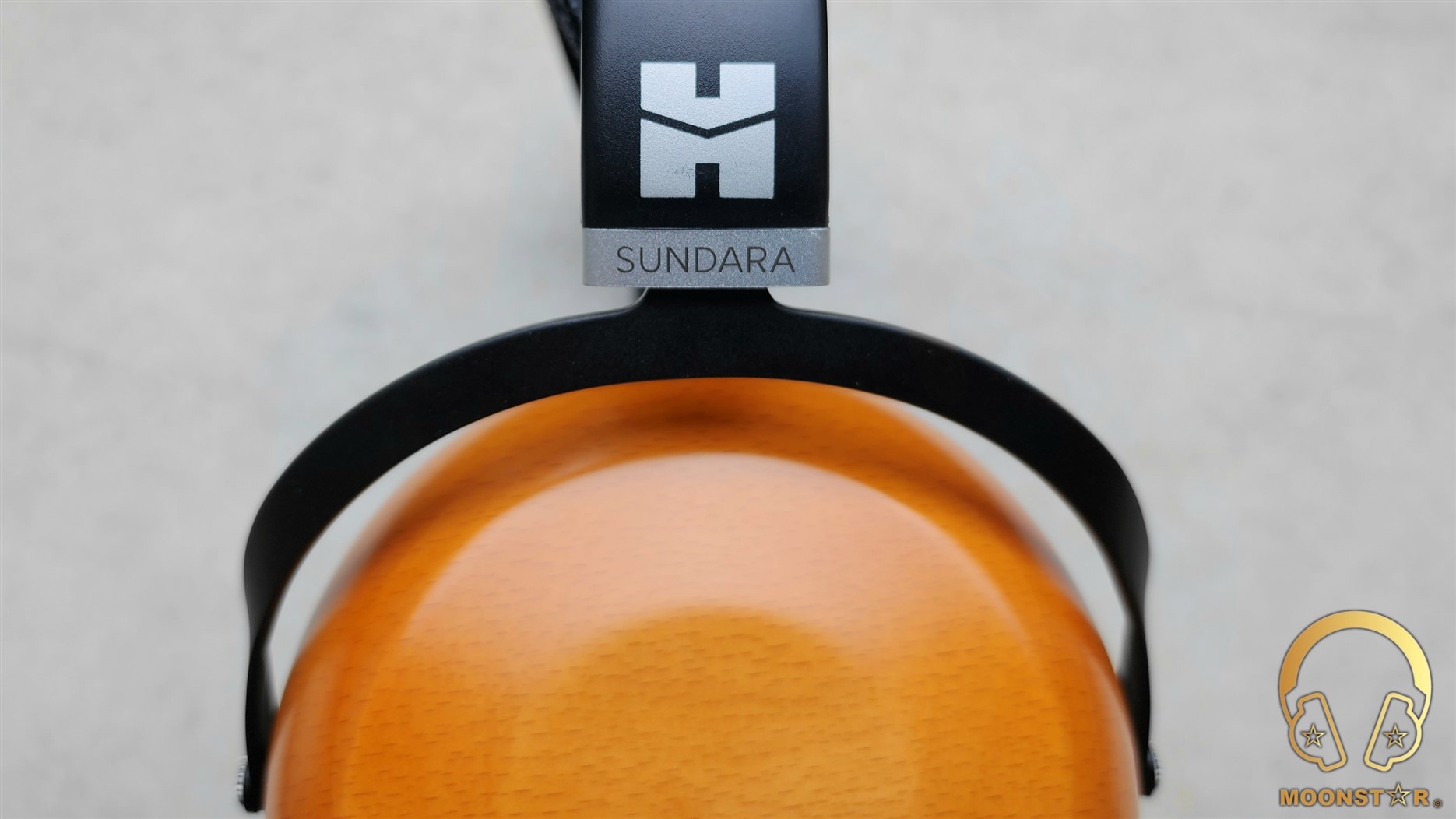 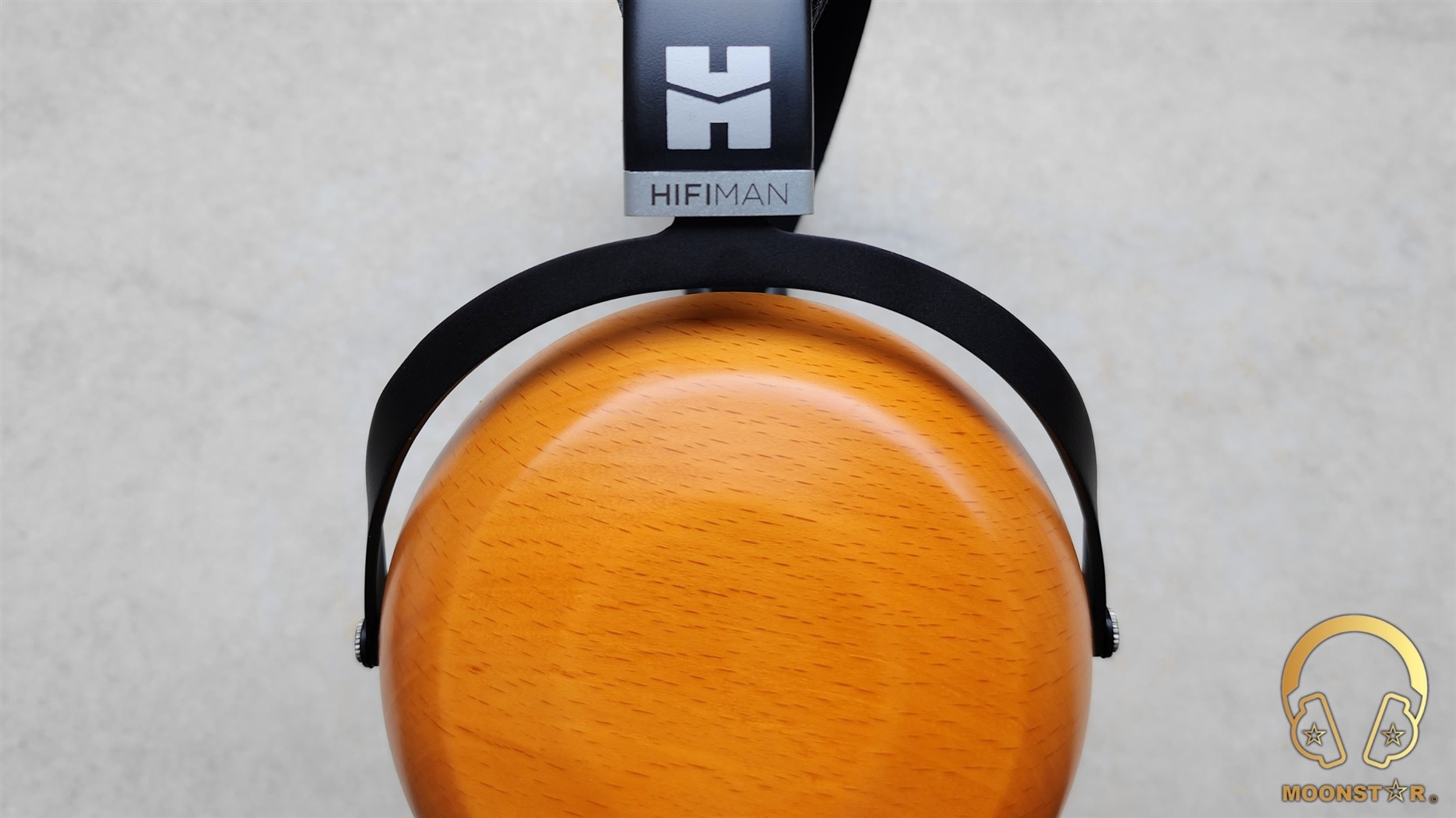 All-in all I can say that the Sundara CB looks quite attractive, especially the wood grain ear cups that are the main visual attraction of these Closed-Back headphone.

The HiFiMAN Sundara CB is a fairly easy to drive Closed-Back headphone especially for one with Planar magnetic Drivers, thanks to a relative low impedance of about 20Ω and a sensitivity of about 98dB. I have tested the Sundara CB with sources like USB DAC/Amplifier dongles (Quloos MC01, iBasso DC06) and Ultra Portable DAP’s (Hidizs AP80 Pro-X Red Copper, HiBY R3 Pro Saber) that are able to drive it to pretty high volume levels.

However, to hear the true potential of the Sundara CB, I do recommend to pair it with more professional sources such like a Portable DAC/Amplifier (iFi Audio xDSD Gryphon) or with more powerful DAP’s (iBasso DX320, FiiO M11 Plus ESS). 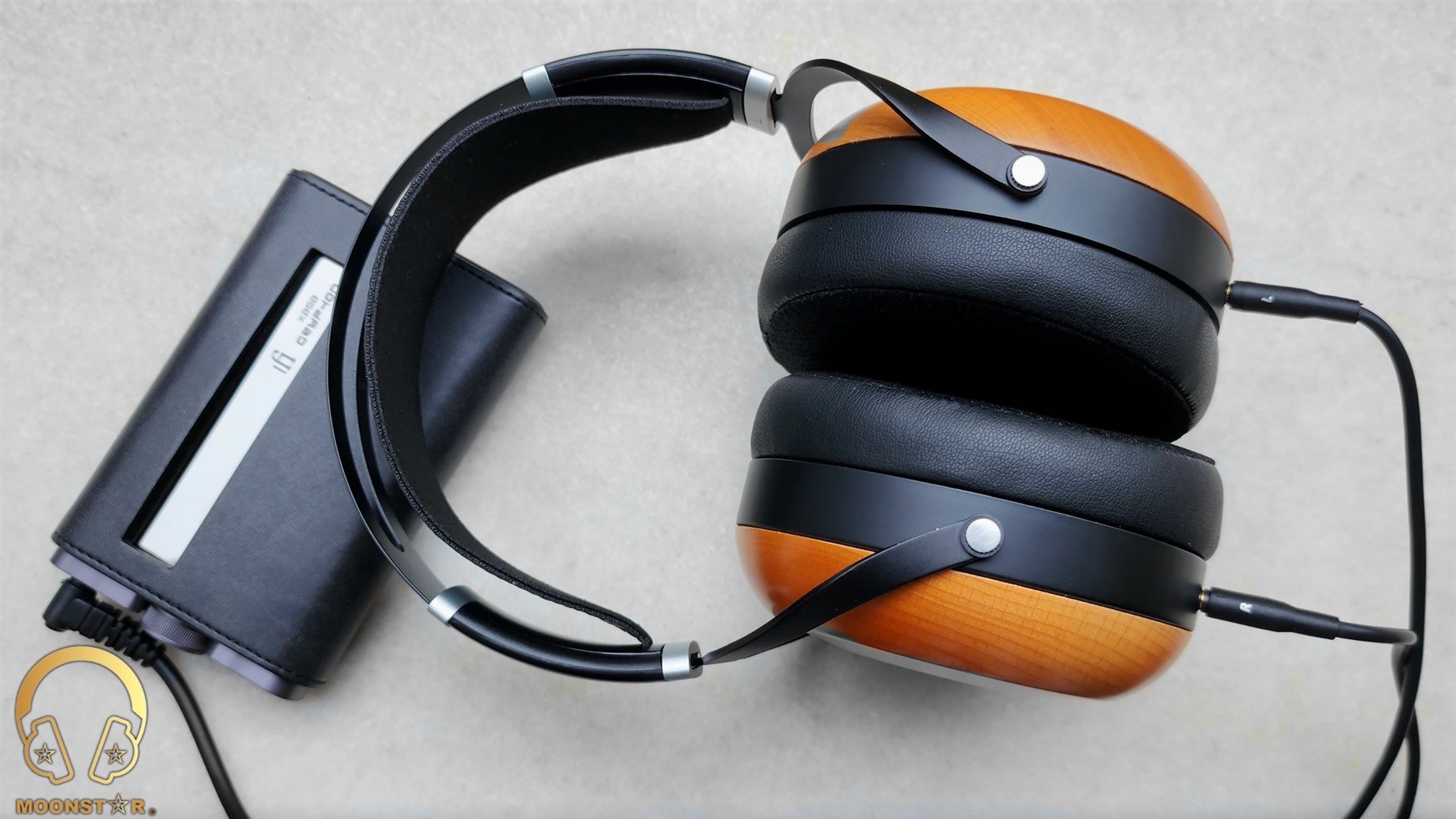 The HiFiMAN Sundara CB is a pretty comfortable closed-back headphone that offers an efficient level of passive noise isolation, which is definite superior compared to the Open-Back variant. 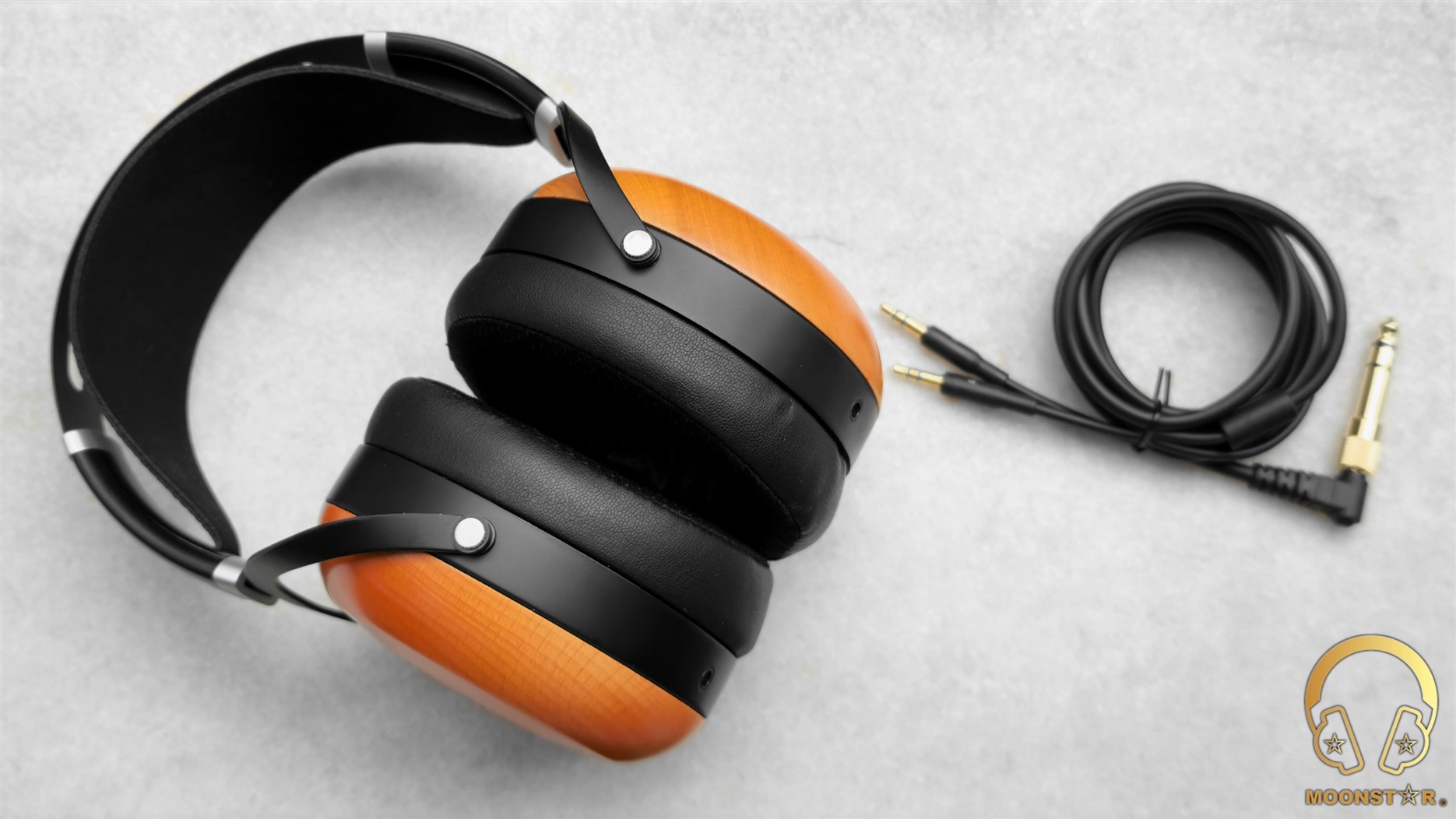 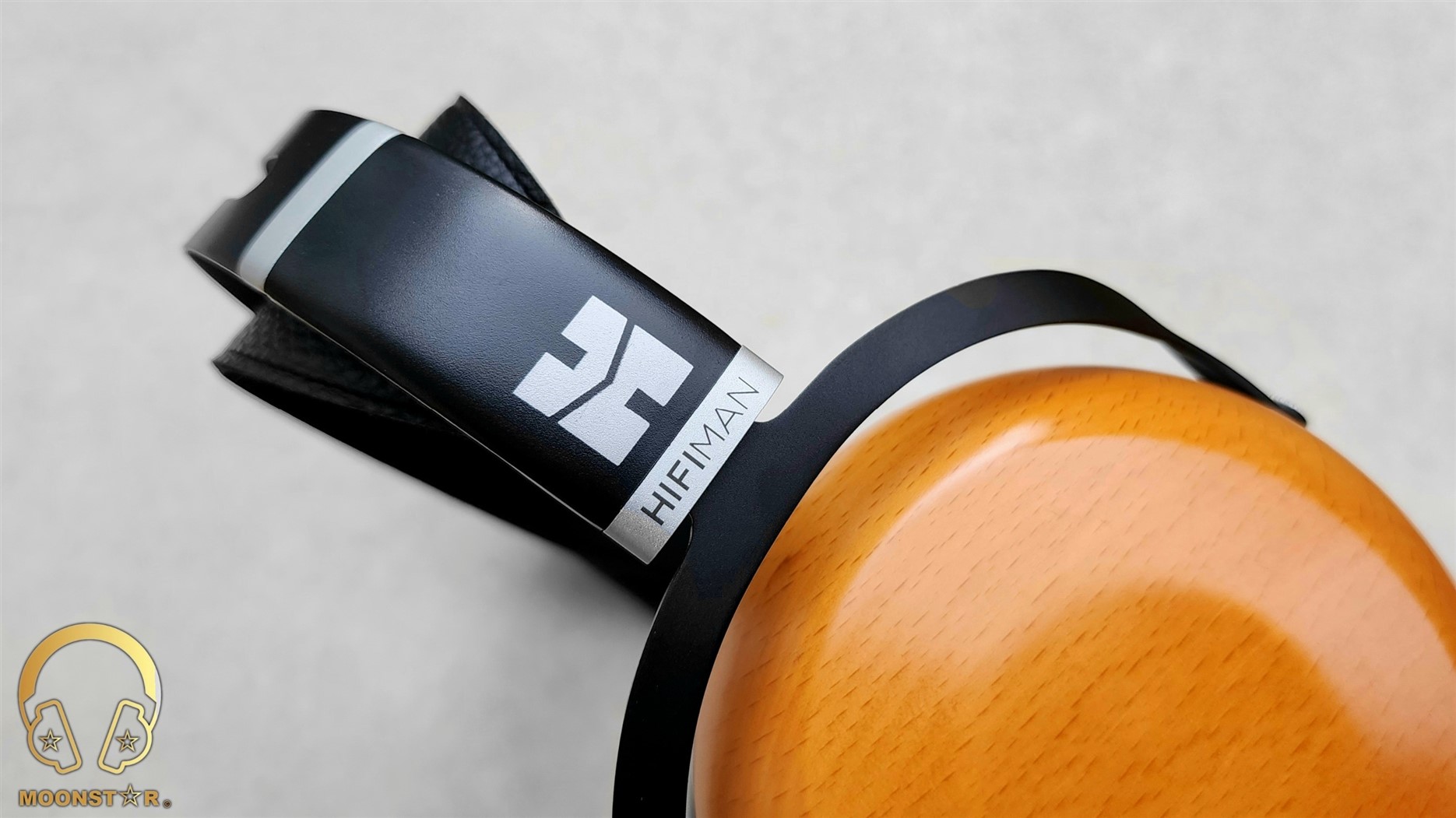 The Sundara CB is a planar headphone with a moderately warm tonality that has a pretty forward midrange presentation with an audible emphasis in the upper midrange register, which is a common character of HiFiMAN headphones. The bass is reproduced in a deep, fast and controlled manner thanks to the quite capable planar magnetic driver. The treble range on the other hand is the supporting actor in terms of frequency response that is not as pronounced compared to the lows and midrange, which offers otherwise an efficient sense of brilliance and presence, while the extension is on an adequate level.

The HiFiMAN Sundara CB review has been written after a burn-in period of about 80 hours. My sound impressions below are mainly based on my experiences with sources like the iBasso DX320, FiiO M11 Plus and iFi Audio xDSD Gryphon. I will compare the Sundara Closed-Back (CB) with the Open-Back (OB) version.

One of the most audible differences between the Original Sundara (Open-Back) and the Closed-Back version is the bass character, which shows more weight and fullness. The planar magnetic driver that features HiFiMAN’s latest Stealth Magnet Design & Nanometer Thickness Diaphragm offers a decent level of subbass depth and rumble when called upon that was quite audible in songs like Daft Punk’s “Doin’ it Right“, Lorde’s “Royals“ and Massive Attack’s “Angle“.

The midbass region of the Sundara Closed-Back shows more body and fullness compared to the Open-Back Sundara. The good thing is that it doesn’t shows any compromises in terms of clarity and resolution that I highly enjoy with planar headphones.

The midbass region is produced with an excellent grade of speed and control, even in some very complex passages such like Gogo Penguin’s “Murmuration” or Photek’s ”The Hidden Camera”. The HiFiMAN Sundara CB offers in general a great bass performance with a wide variety of genres, especially compared to the Open-Back variant. Instruments such like bass and electro guitars are reproduced with a good sense of body and fullness. Kick drums on the other hand are shown with decent grade of roundness, without to sound muddy or veiled. 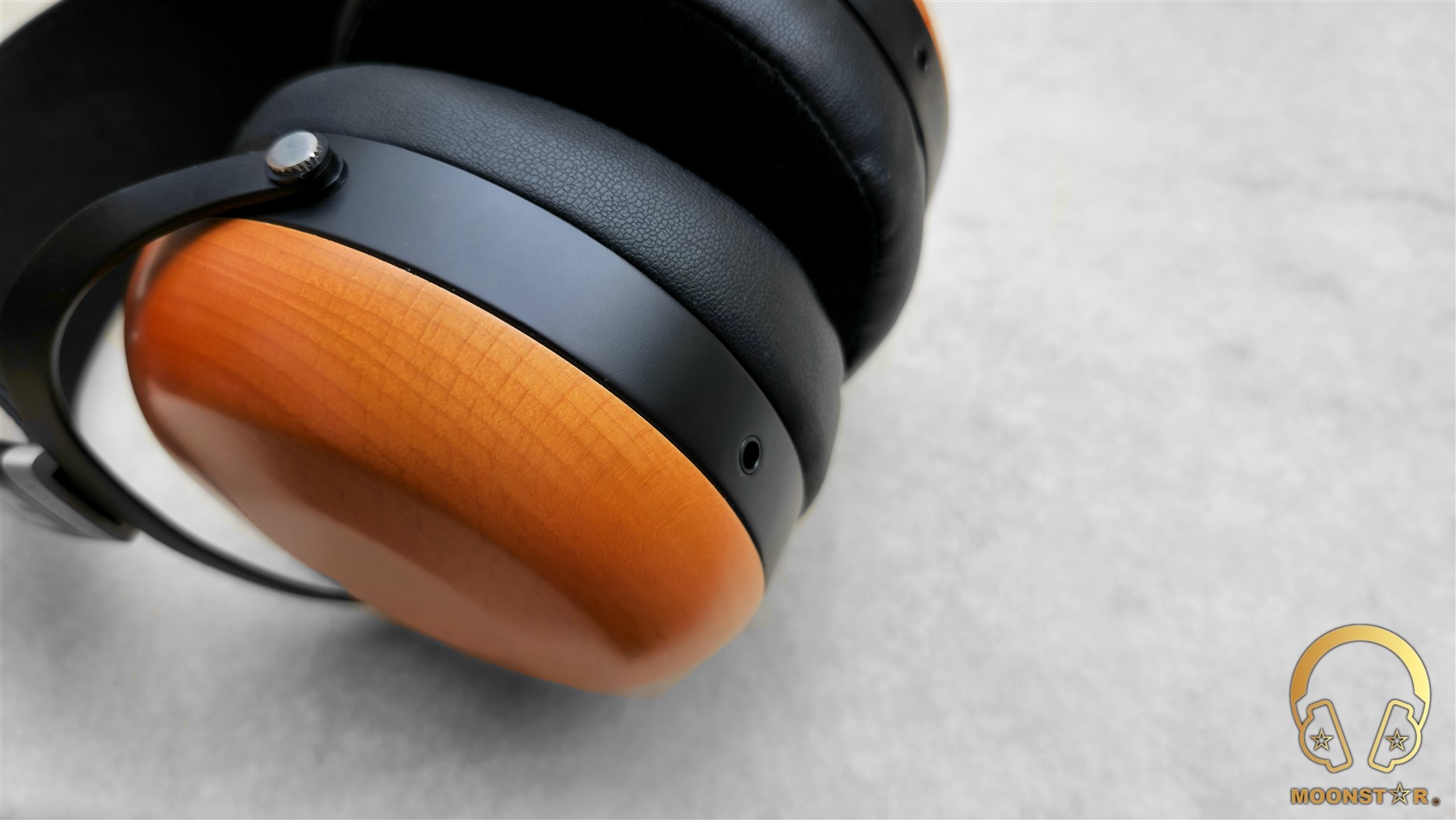 The midrange presentation of the HiFiMAN Sundara CB is another highlight that is reproduced with a good level of transparency and detail retrieval thanks to the well-adjusted planar magnetic diver, which seems to be quite capable, even in a closed back design. The Sundara CB has a quite forward oriented and well textured midrange character that is immediately audible when I listen to instruments and vocals.

The Sundara CB shows in general a pretty airy and spacious midrange presentation, while you can feel that it is inferior in this regarding compared to the original Sundara that benefits from its Open-Back design. You have to understand that these two versions of the Sundara are rather fraternal twins than identical twins in this regarding. However, it would be injustice to compare Sundara CB directly with an open-back headphone, which offers otherwise a pretty good performance in this area.

The lower midrange of the HiFiMAN Sundara CB shows an above average depth and intensity when I listen to male vocals or strings like such like a viola, cello and acoustic guitar. Male vocals like Barry White, Dave Gahan or Sting are reproduced in a pretty intimate and emotional manner, while the sense of clarity and resolution is on an efficient level. 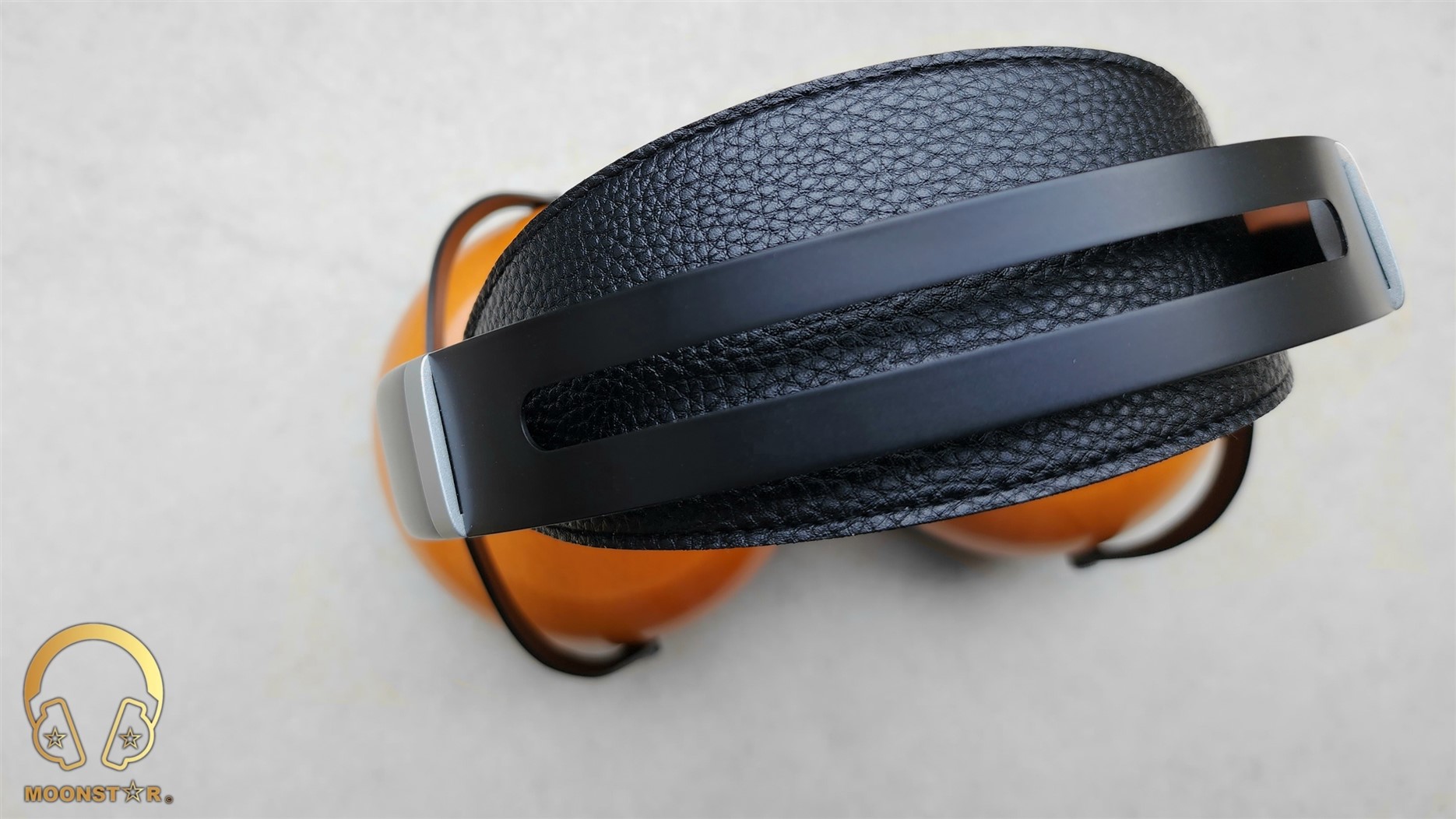 HiFiMAN’s headphones are known with their well textured and energetic upper midrange tuning and the Sundara CB is not an exception, which shows a slightly more dynamism in this area compared to the Open-Back version. The transitions from the upper midrange towards the treble region did sound in general fairly controlled when I have listen to instruments such like cymbals and electro guitars in songs like Metallica’s “Sad but True”, Megadeth’s “Sweating Bullets” and Muse’s “Hysteria”.

The Sundara Open-Back version sounded slightly smoother and relaxed in this regarding. Female voices such like Edith Piaf, Adel and Aretha Franklin are reproduced in a pretty lively and detailed manner that I have enjoyed quite a lot. The sense of acceleration and liquidity of instruments such like a violin and piano in songs like Abel Korzeniowski’s “Dance For Me Wallis” is quite impressive.

The treble range of the HiFiMAN Sundara CB is less highlighted and dynamic compared to the upper midrange, and shows a relative smooth and relaxed tuning. The lower treble range has an efficient grade of presence and is able to produce a good level of clarity when I have listen to instruments such like a snare drum or hi-hat, while the extension is a bit short in my opinion. The upper treble register shows a sufficient sense of brilliance and brightness when I have listened to pianos and electro guitars or to soprano voices such like Sertap Erener and Hayley Westenra. The sense of airiness and sparkle that is produced in this area is on an adequate level, while the Open-Back version was more successful in this regarding. 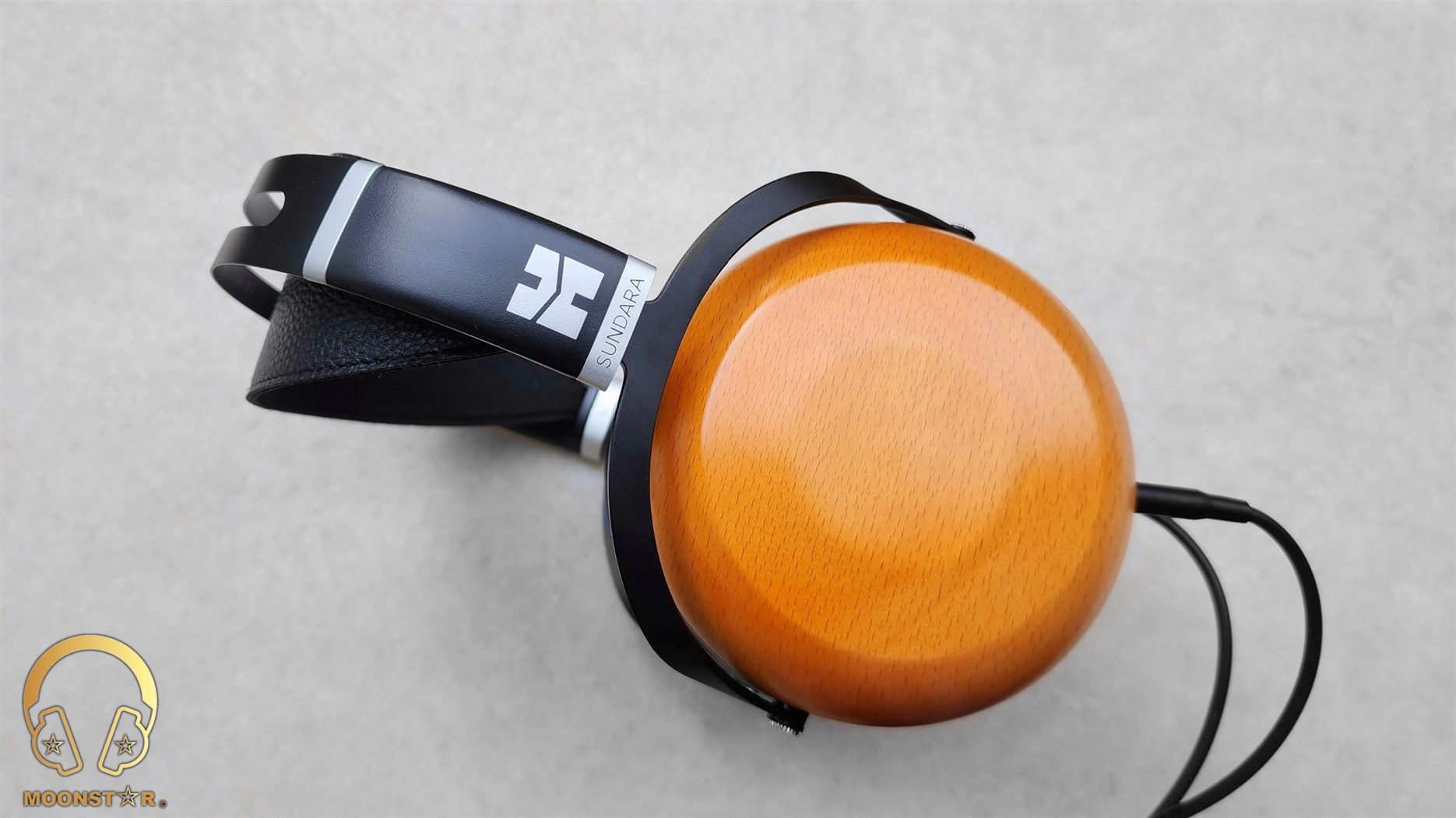 The Sundara CB offers a decent performance in terms of separation and placement of instruments and vocals thanks to its pretty spacious and airy soundstage atmosphere. Yes, it  has not the same grade of openness that the Open-Back variant offers, which is a natural limitation due to its closed-back anatomy.  However, I have come to the decision that the Sundara CB is able to create a fairly wide and deep soundstage presentation that meets my expectation from a closed-back headphone, which offers with no doubt a better passive isolation than its open-back variant. 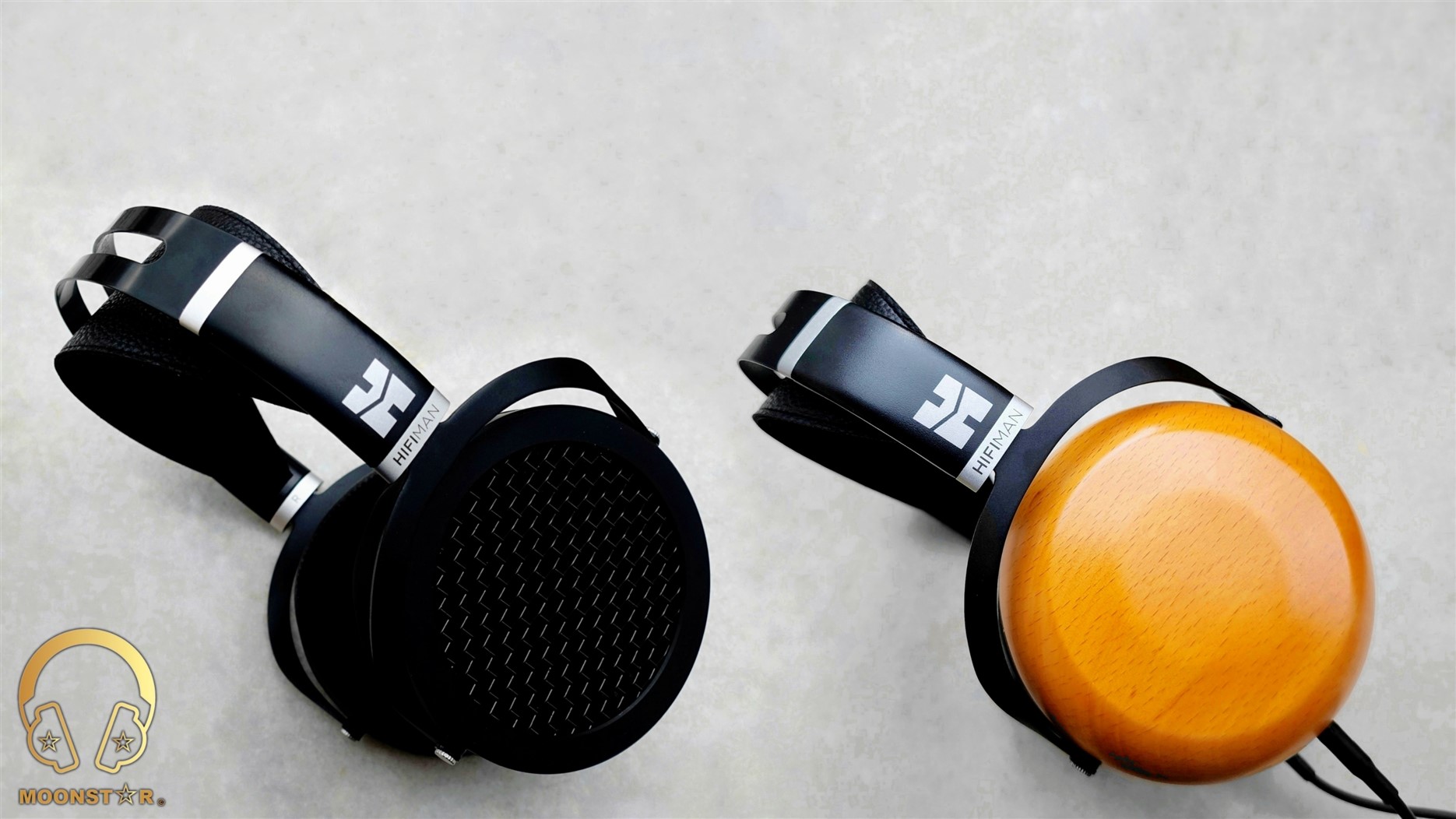 I am a big fan of headphones with wooden ear cups and the Sundara Closed-Back comes with ones that are made from Beechwood that do look pretty nice. When it comes to the sound, I can definitely say that it sounds different from the Open-Back version. Those are more like a fraternal than identical twins that do share some minor similarities in terms of overall sound presentation. The Sundra CB impressed me with its fast and impactful bass response, a forward oriented midrange that is lively and detailed, and finally a treble tuning, which can be described as a good supporting actor with its smooth and controlled character. All-in All, the Sundara CB is a pleasant to listen to headphone with a different flavor due to its closed-back nature.