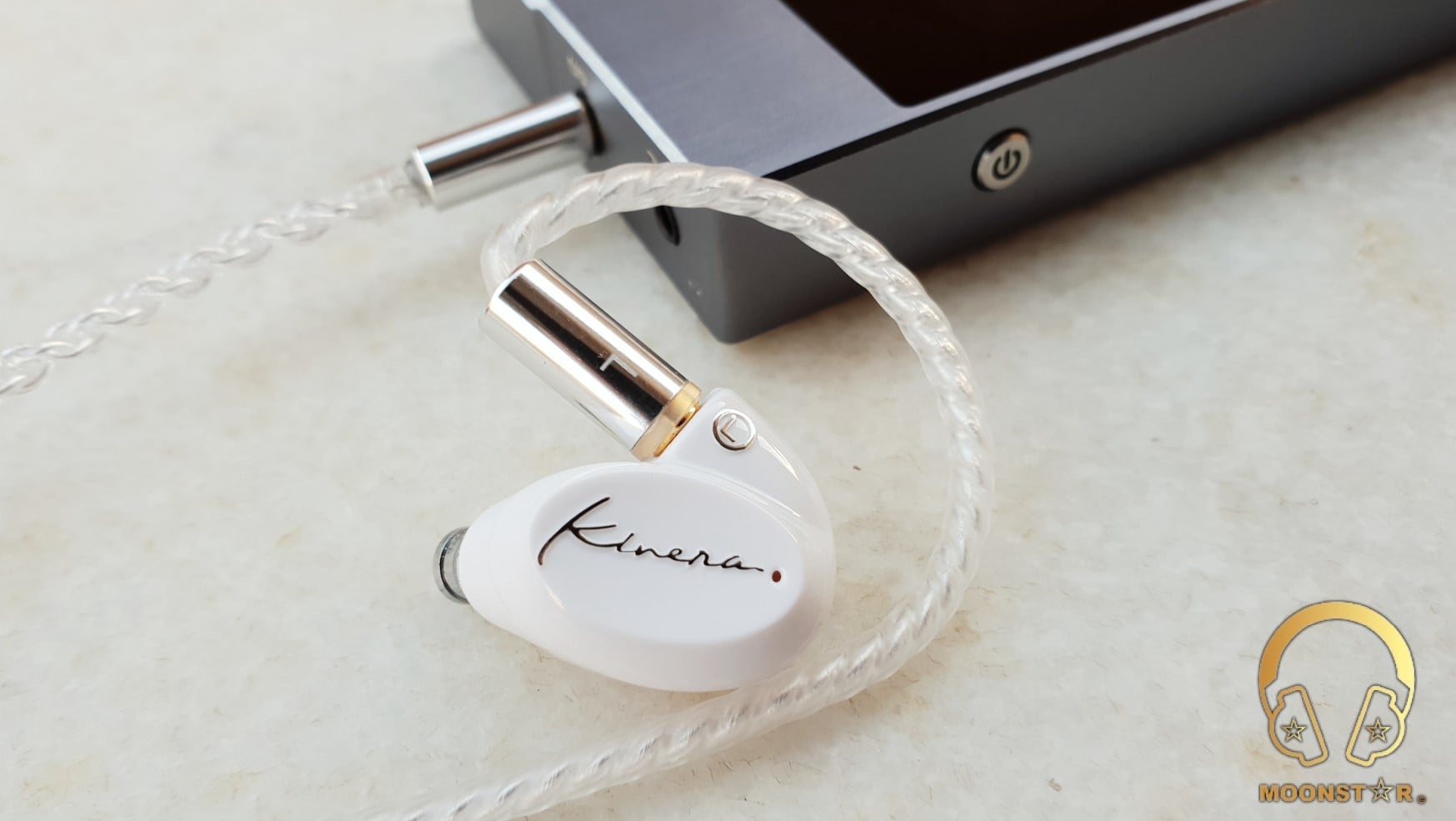 Kinera Electronic Co. Ltd. is a Chinese company located in DongGuanCity – China and is specialized in the category “In-Ear Monitors and Earbuds”.

The motto of the Company is “Make Clear – Make Real”.

The Kinera SIF that I will review for you is an In-Ear Monitor with a 10mm diameter Single Dynamic Driver with the so called SPM Diaphragm. 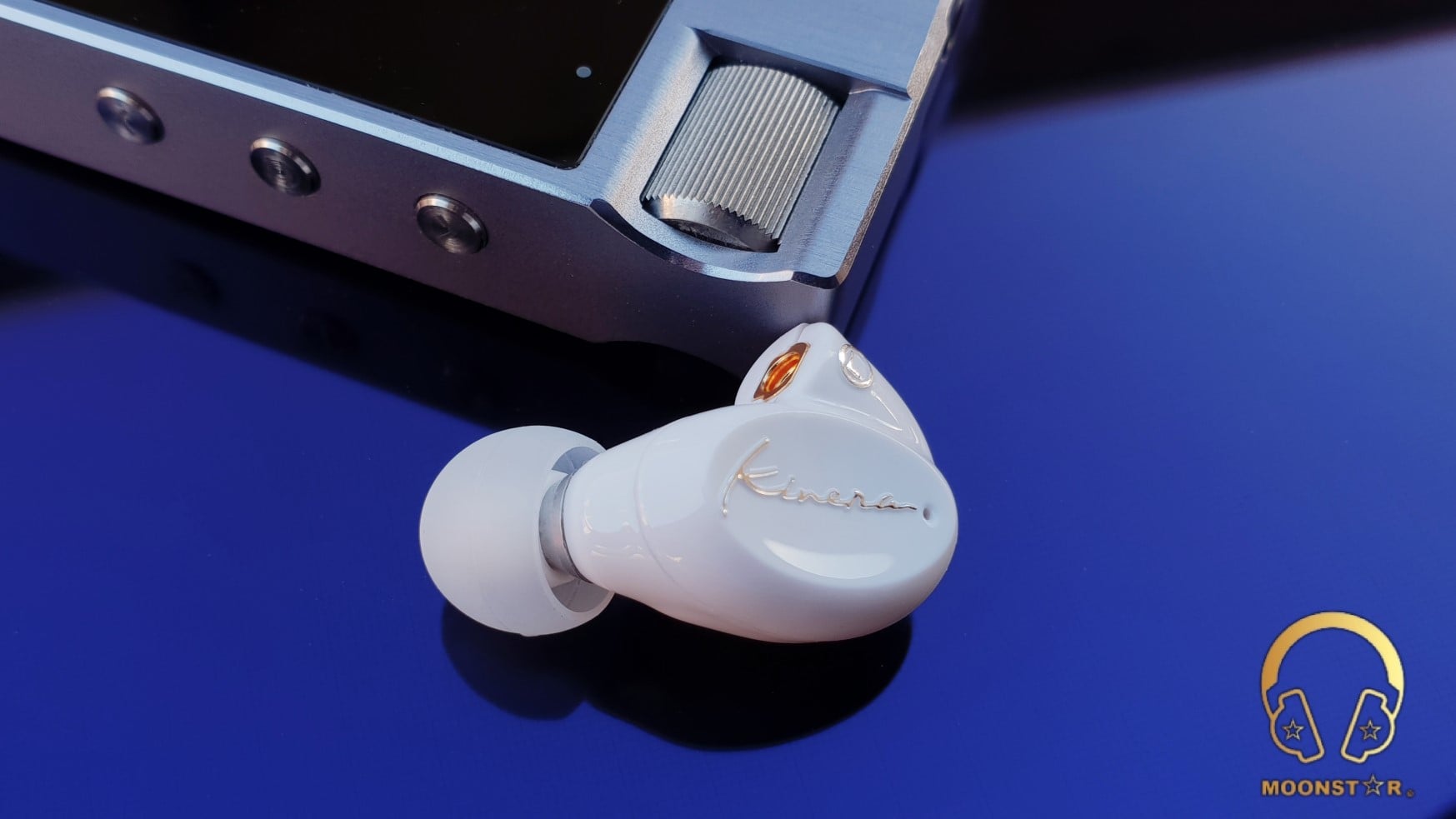 I would like to thank Steve from Kinera for providing me this sample for review purposes. I am not affiliated with Kinera beyond this review and these words reflect my true and unaltered opinions about the product.

The actual retrial price for the Kinera SIF IEM is 37,00 USD. For more information’s please visit the link below;

The Kinera SIF is coming in a very stylish hexagonal box with the some brandings on the top and the product illustration and some technical specs on the bottom. 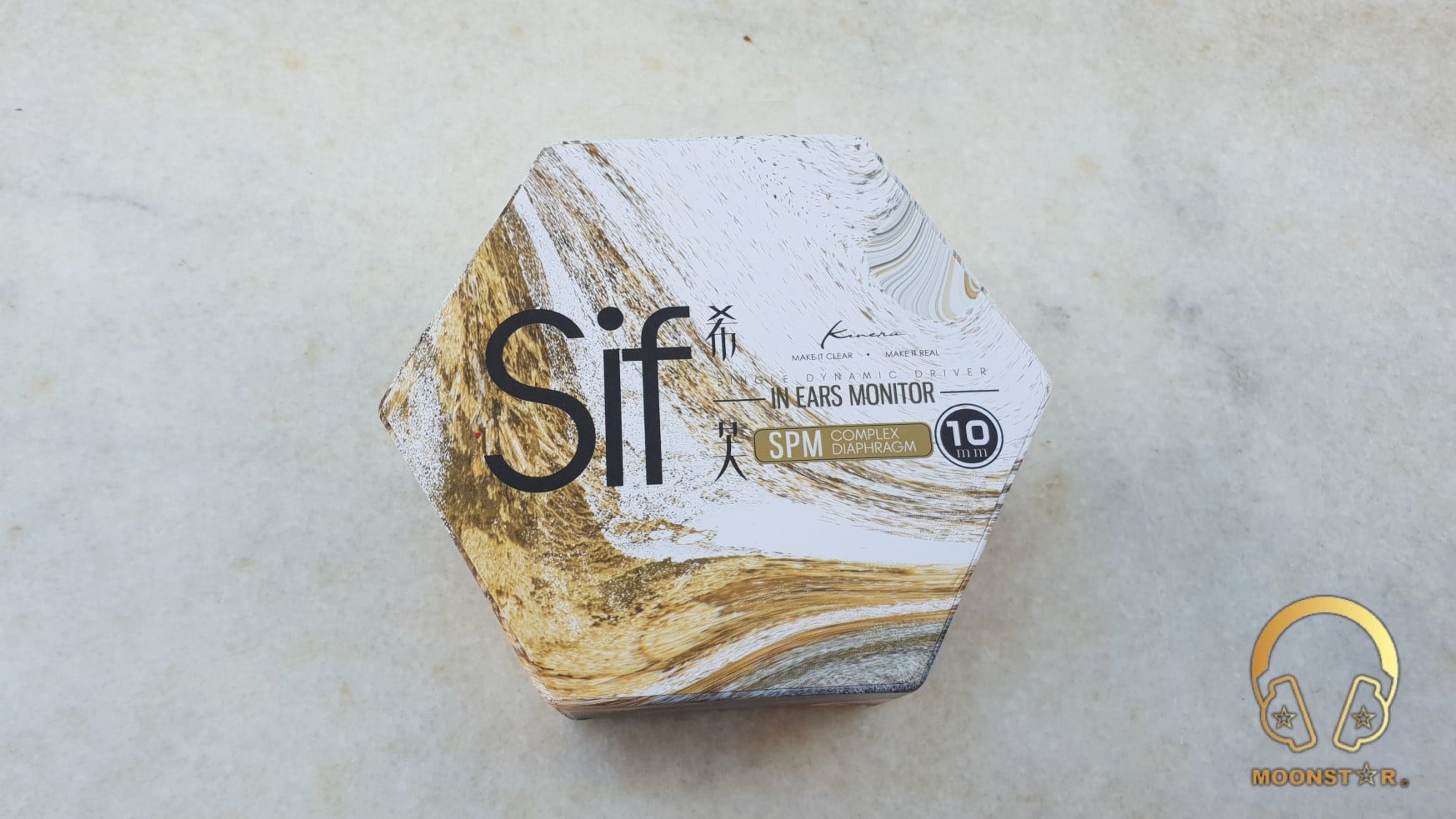 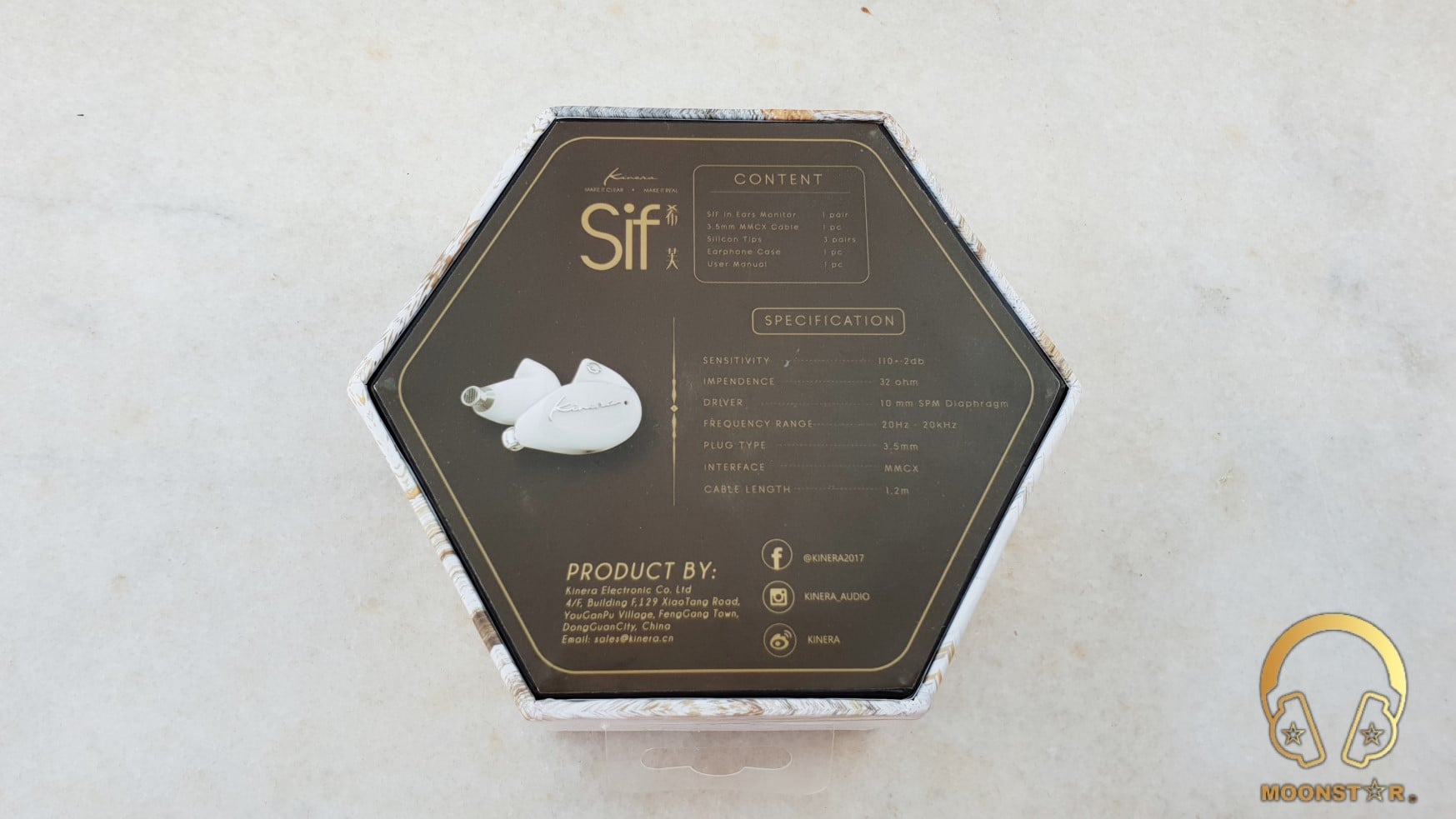 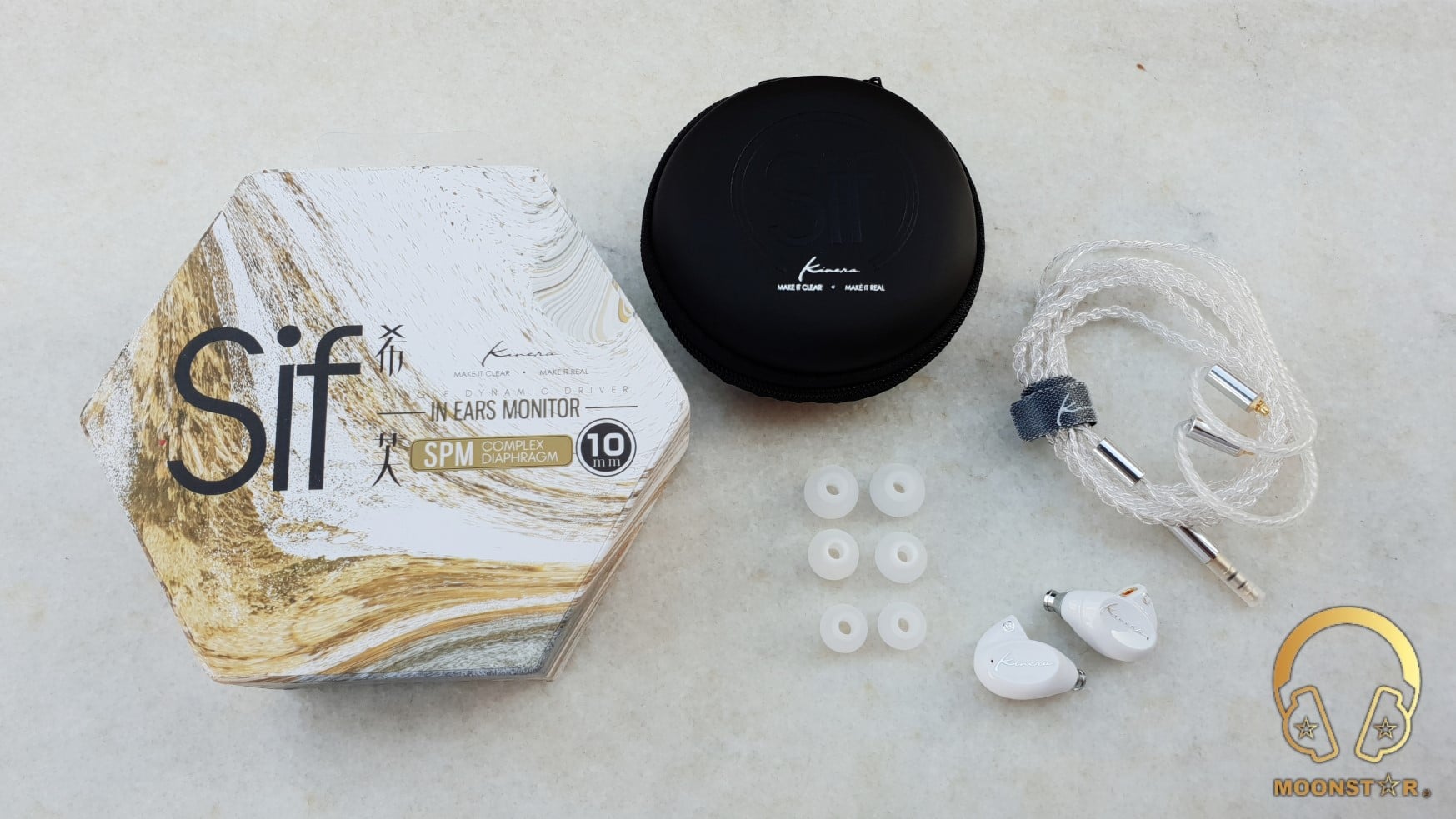 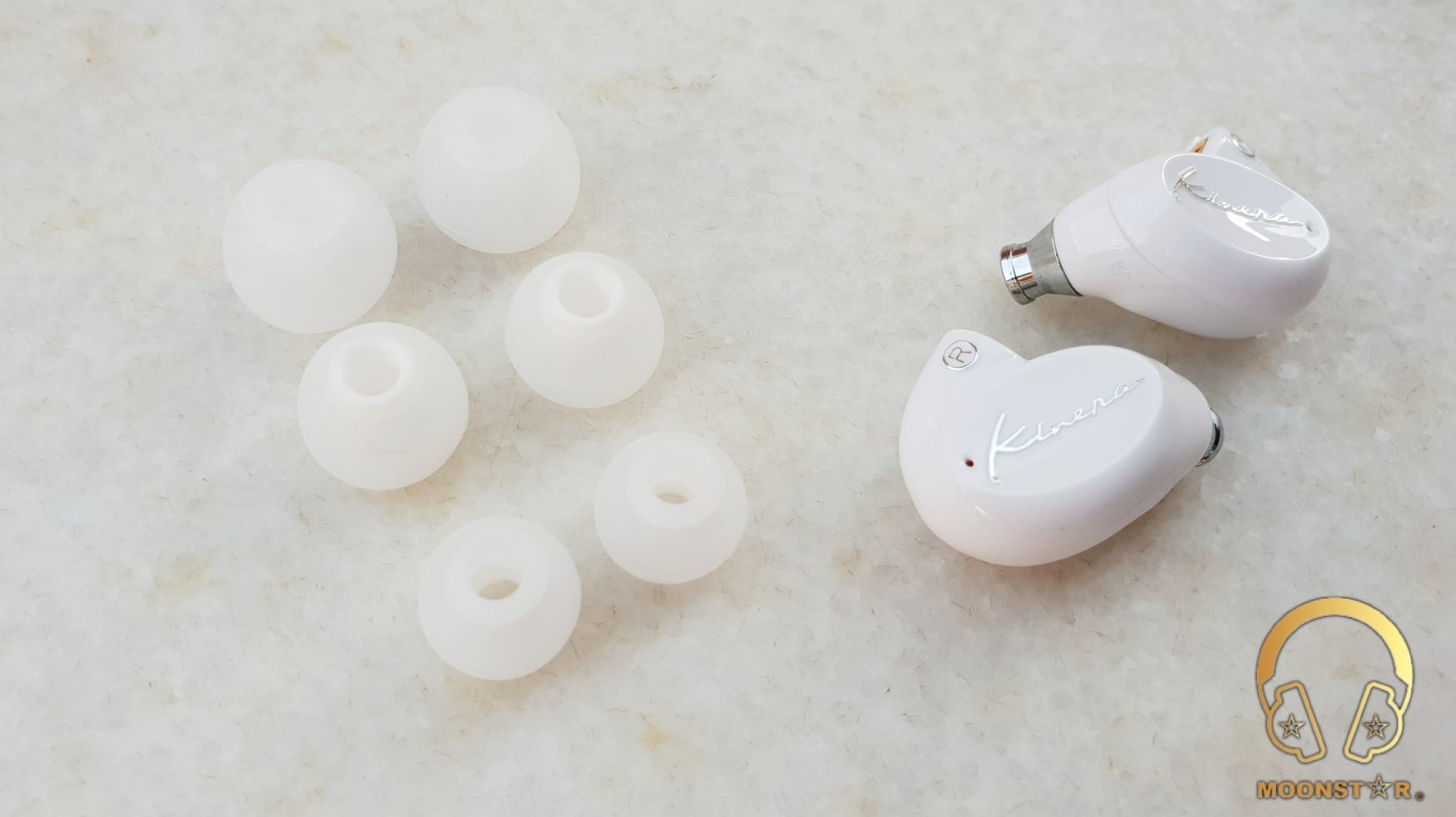 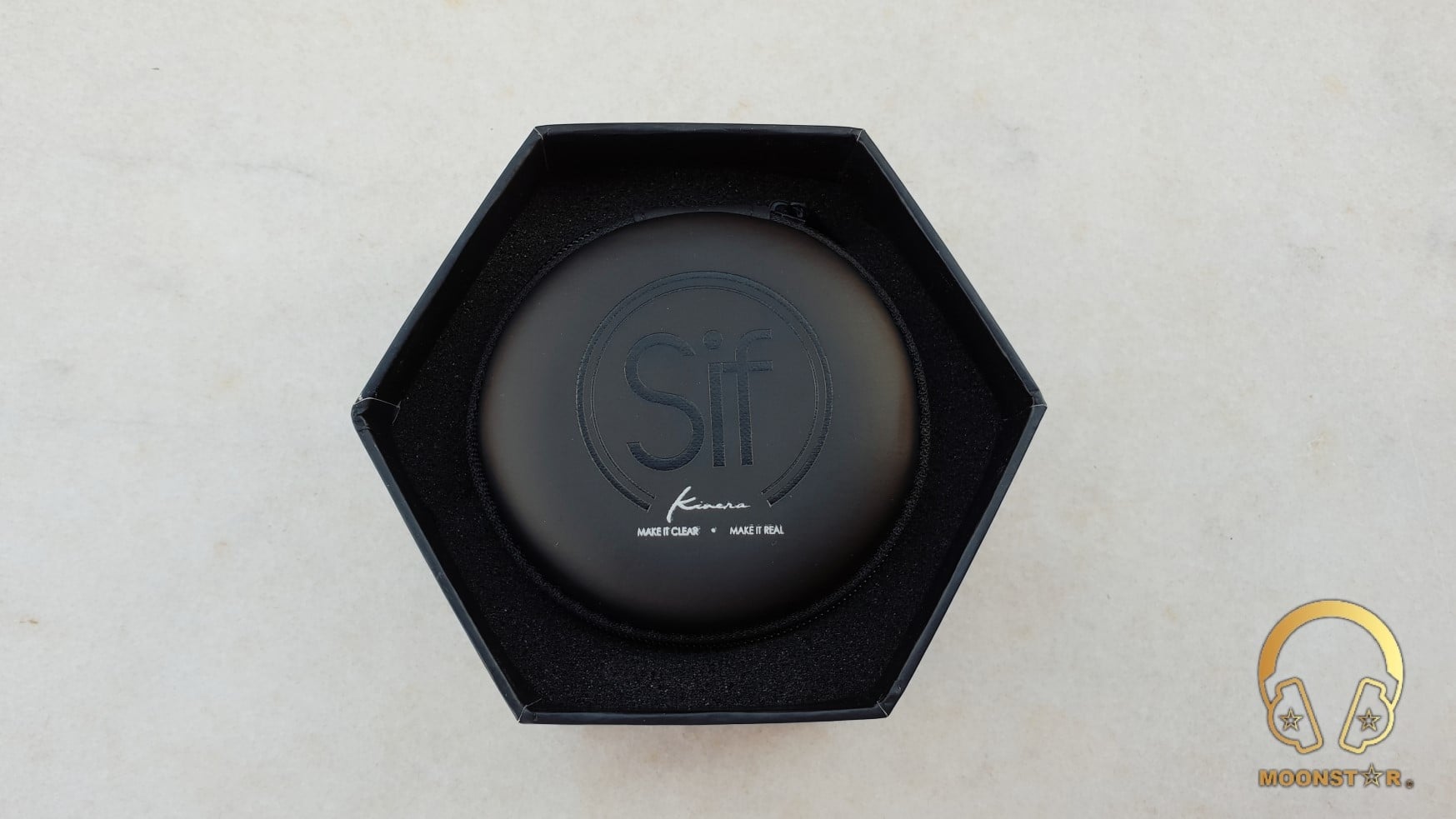 The monitor shell of the Kinera SIF is made of three parts; the faceplate, the back part (main body) and the sound nozzle. 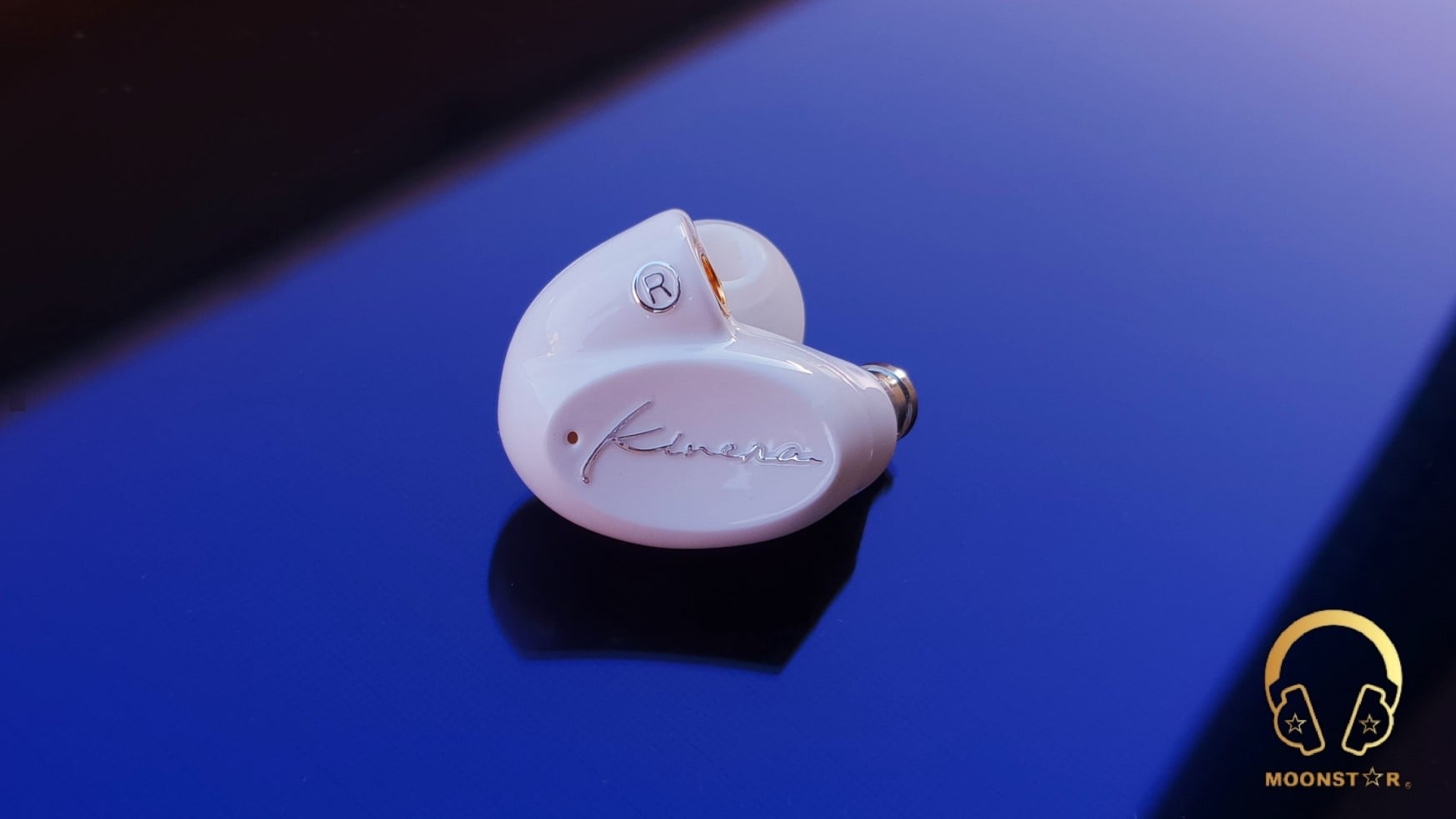 The faceplate and back body is made of glossy plastic material while the slightly angled sound nozzle is made of metal in sliver color.

On the front of each SIF In-Ear Monitor shell is the Kinera logo relief in sliver color and a small vent. Here are also the left “L” and right “R” markings near the MMCX connector. 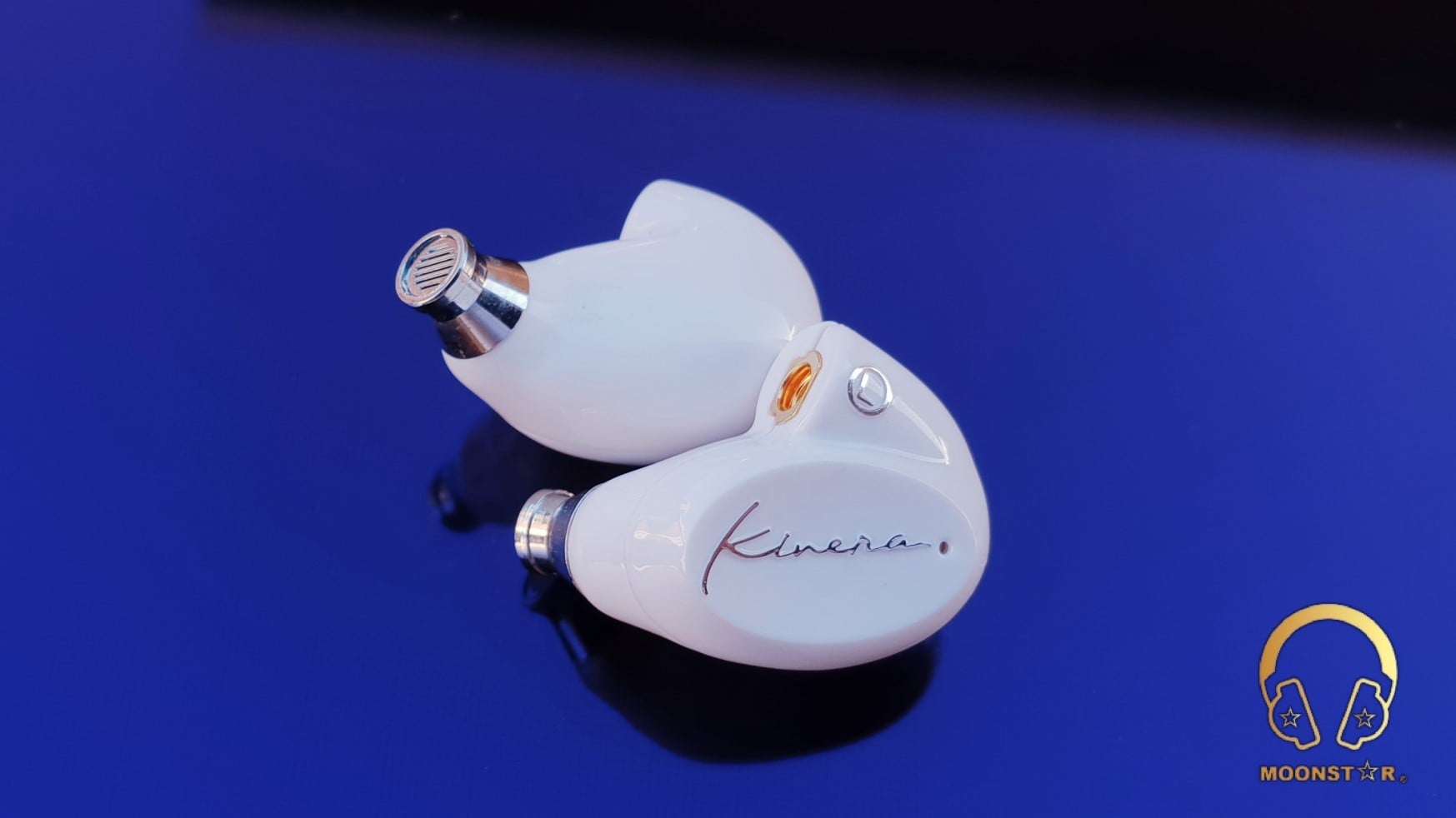 On the back part of the main body is the metal sound nozzle with a mesh on the top that prevent the insertion of dust or ear-wax. 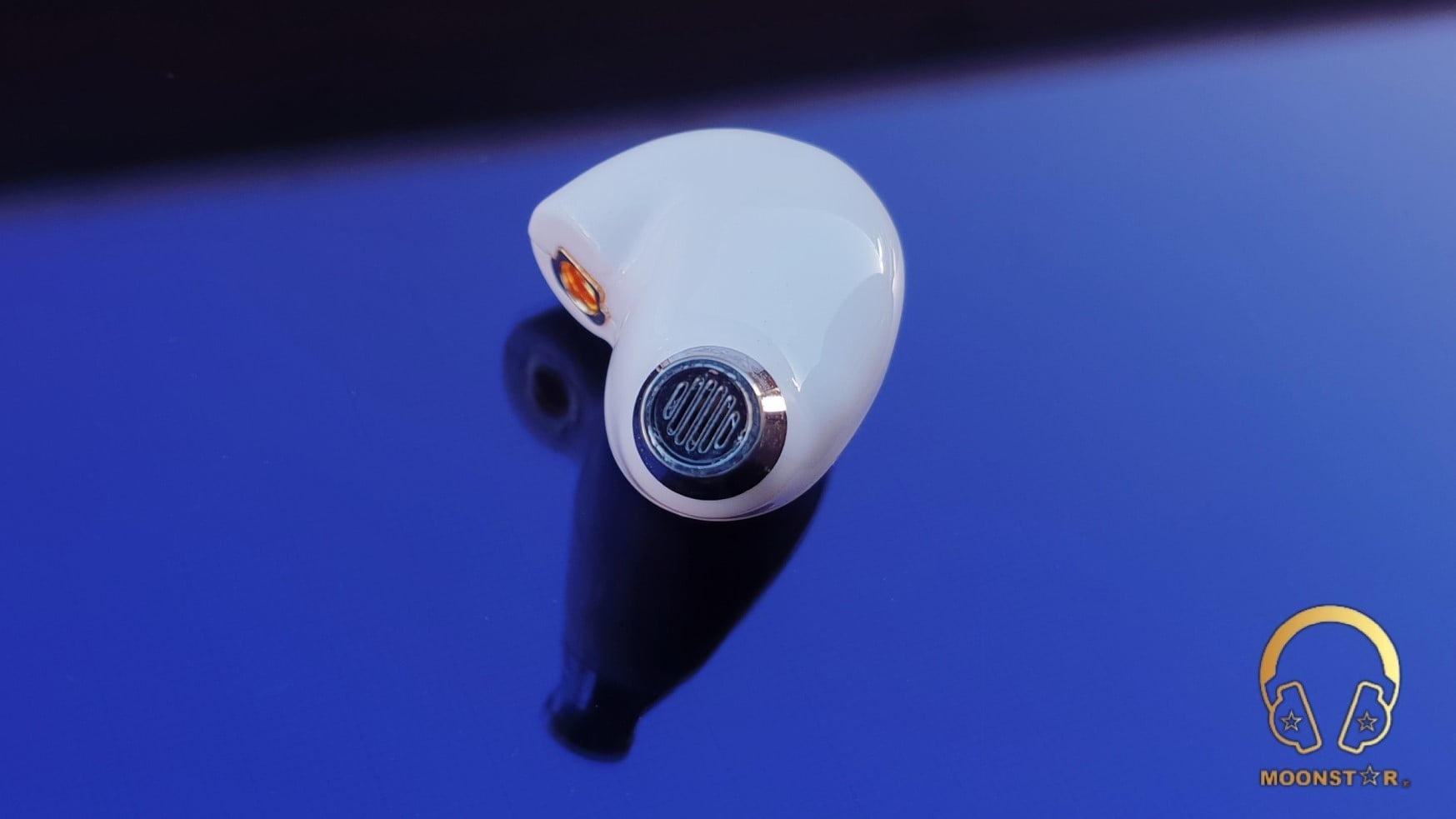 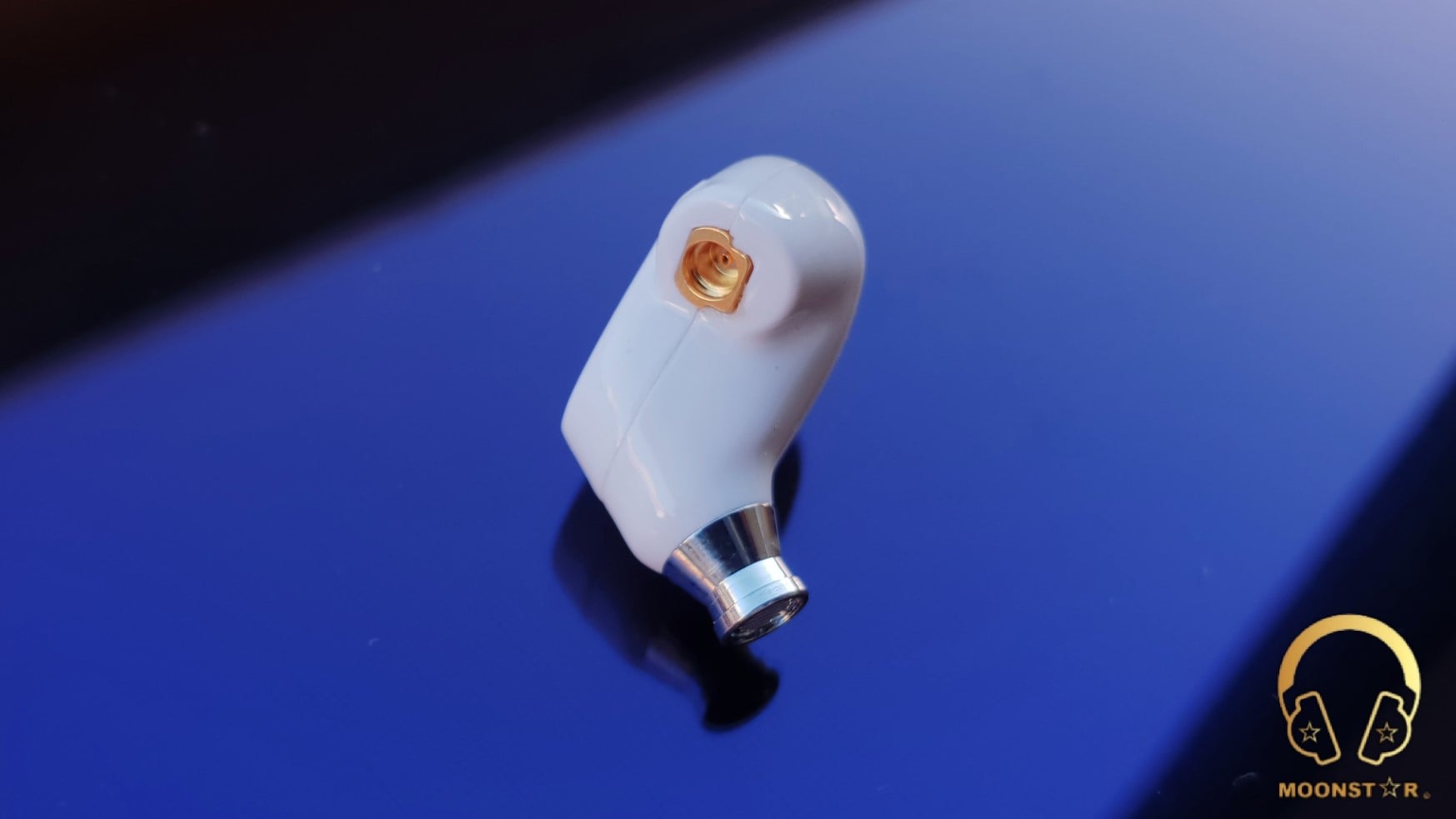 The detachable “silver plated cooper” SPC cable of the Kinera SIF features a transparent isolation and has a nice braided design. 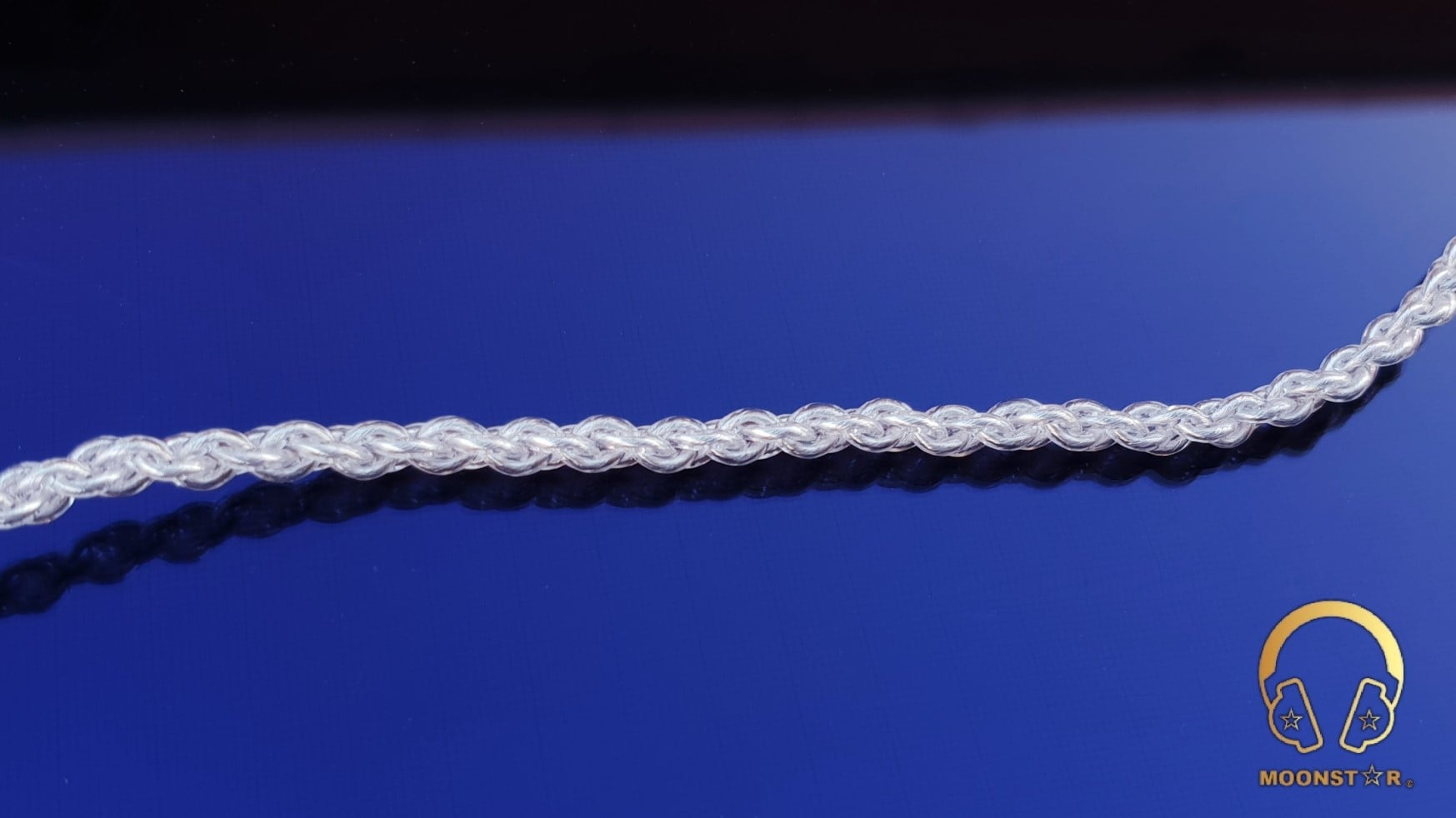 The MMCX connectors have metal housings with left and right indicators. 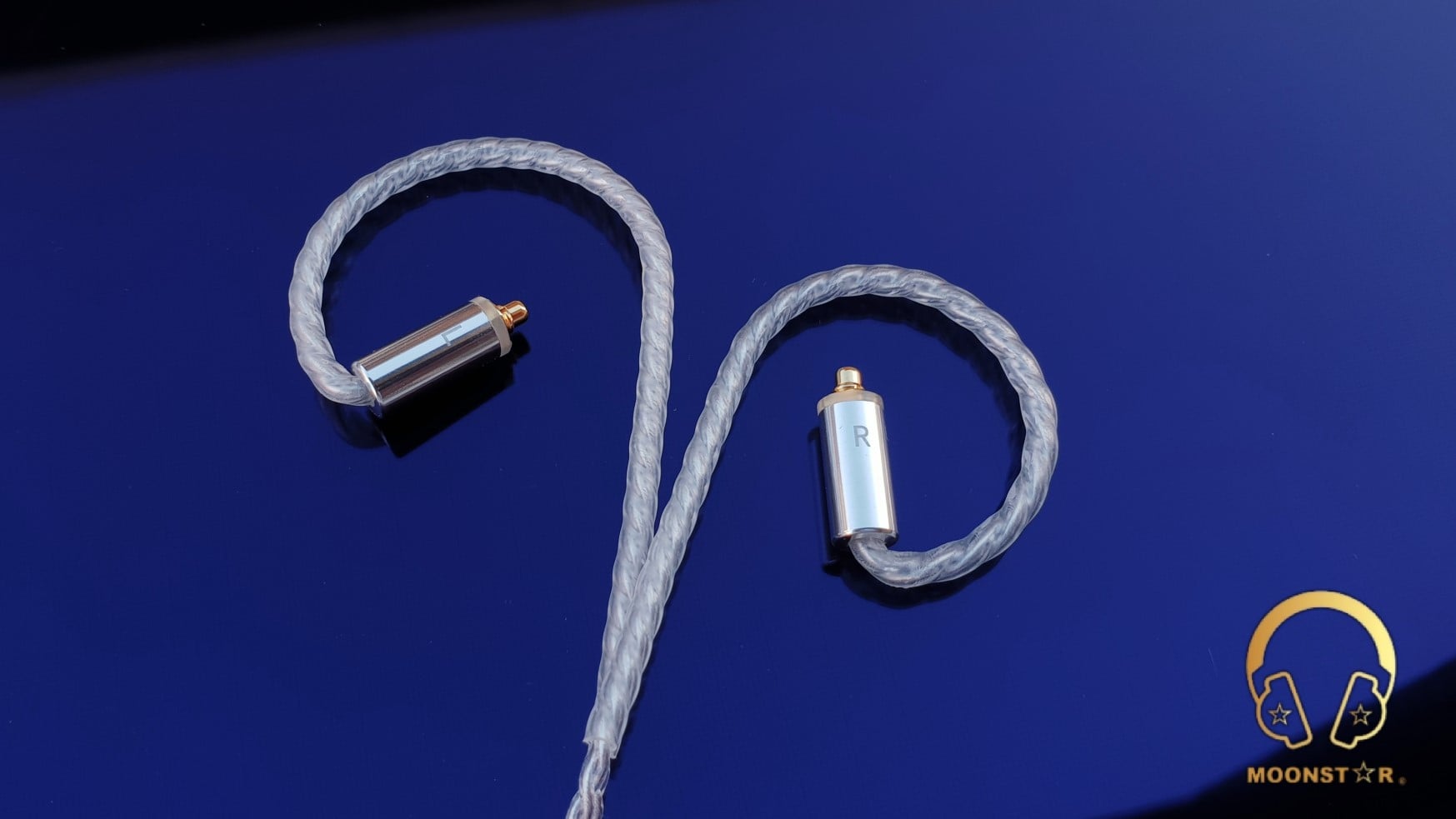 The cable sports on both sides flexible ear guides, which offers extra comfort. 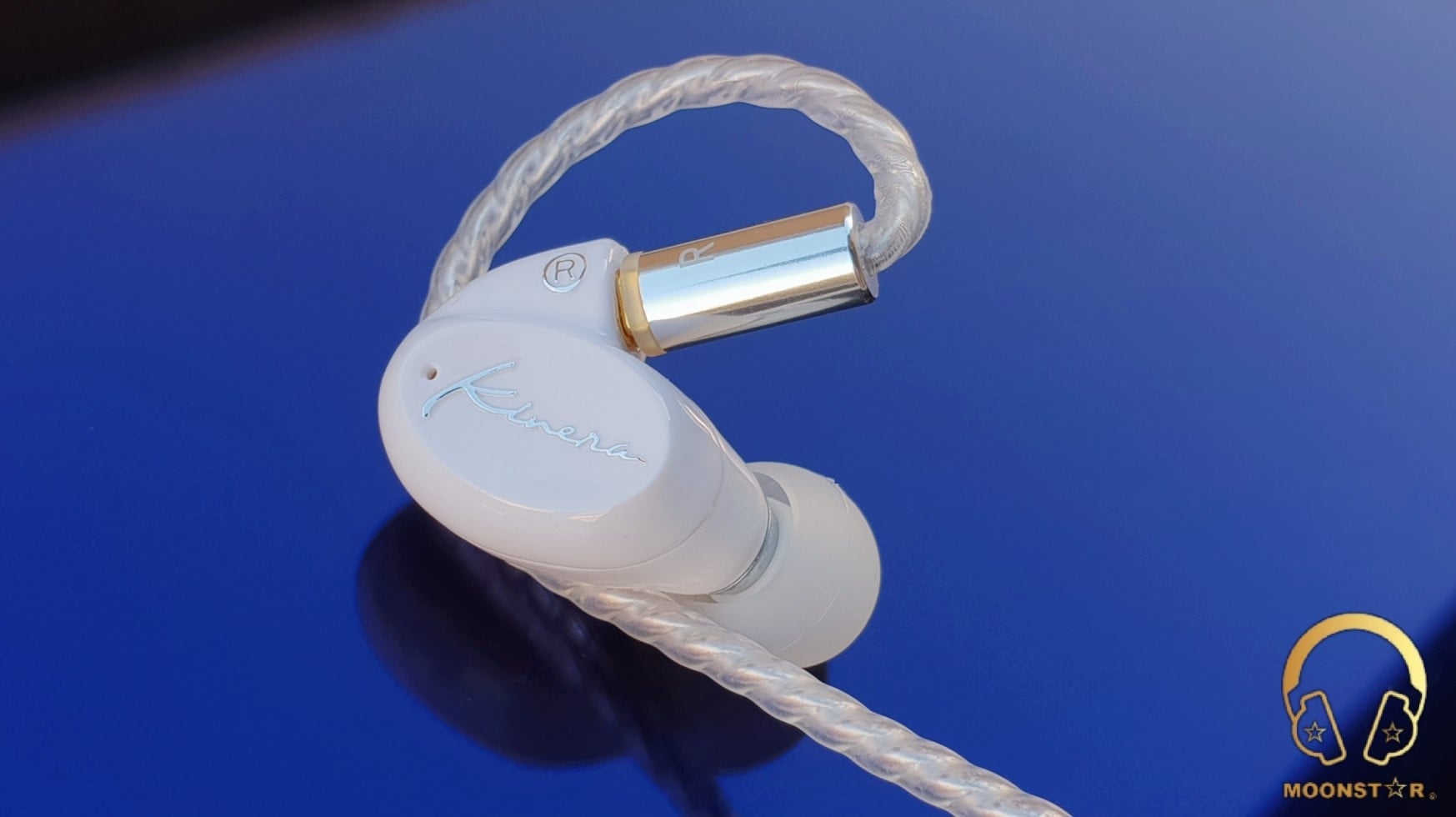 There is also a metal y-splitter in silver color. 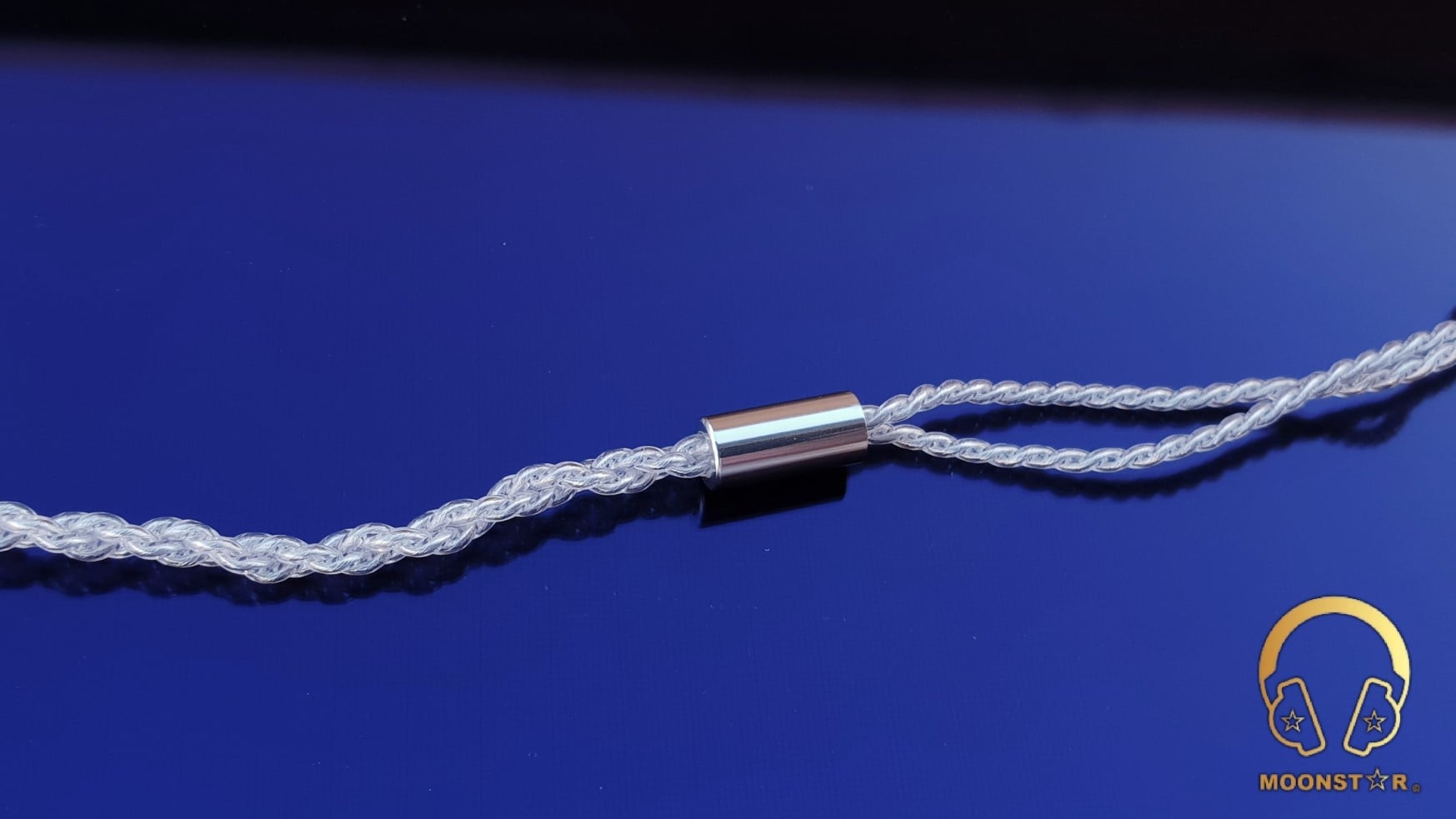 The 3.5mm TRS headphone plug has a straight profiled metal housing which is also in silver color. 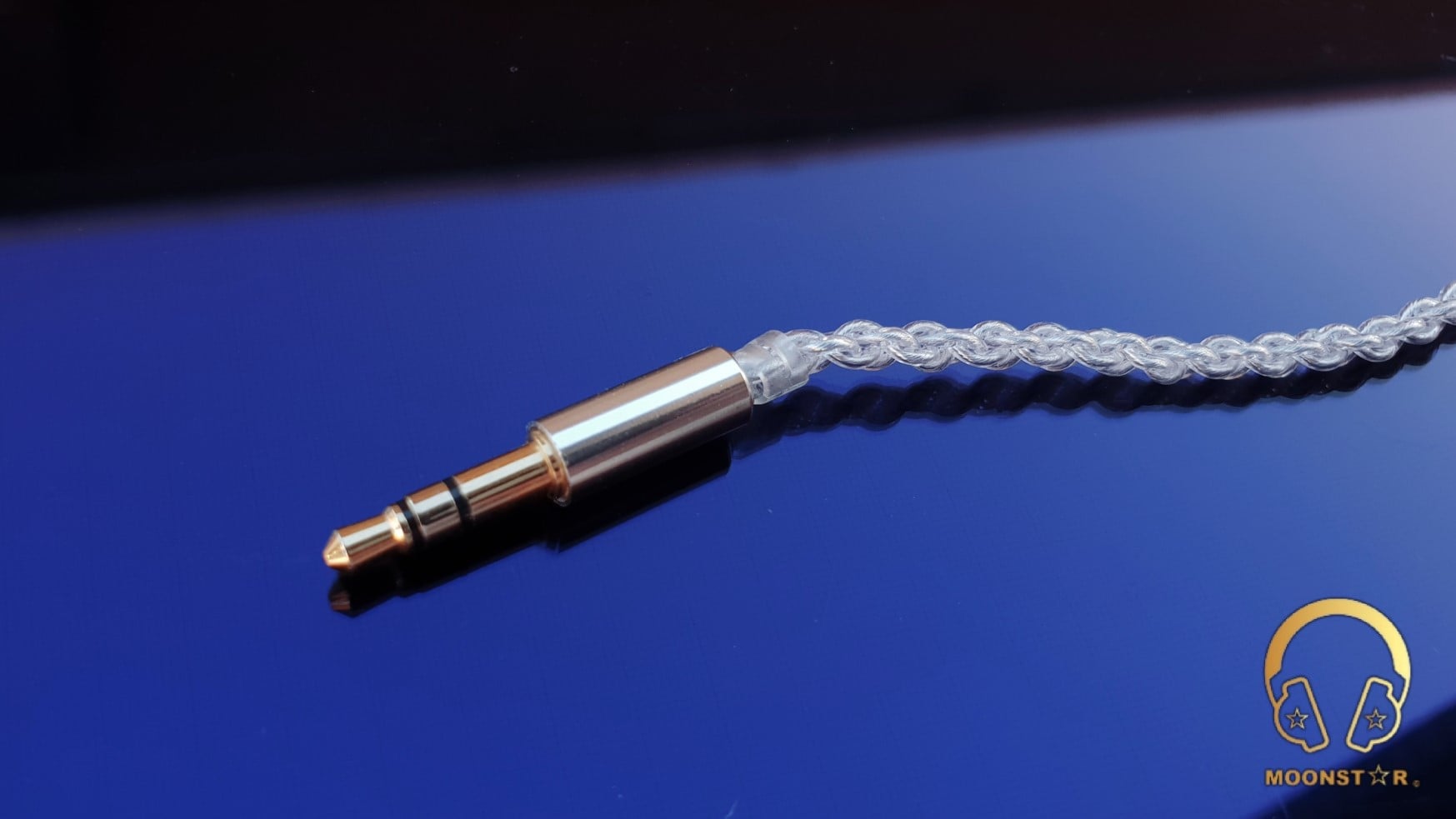 The monitor shell of the shows a comfortable fit with my medium sized ears and offers a fatigue free experience even after long listening periods (at least 3 hours), while the performance in terms of isolation on an average level. 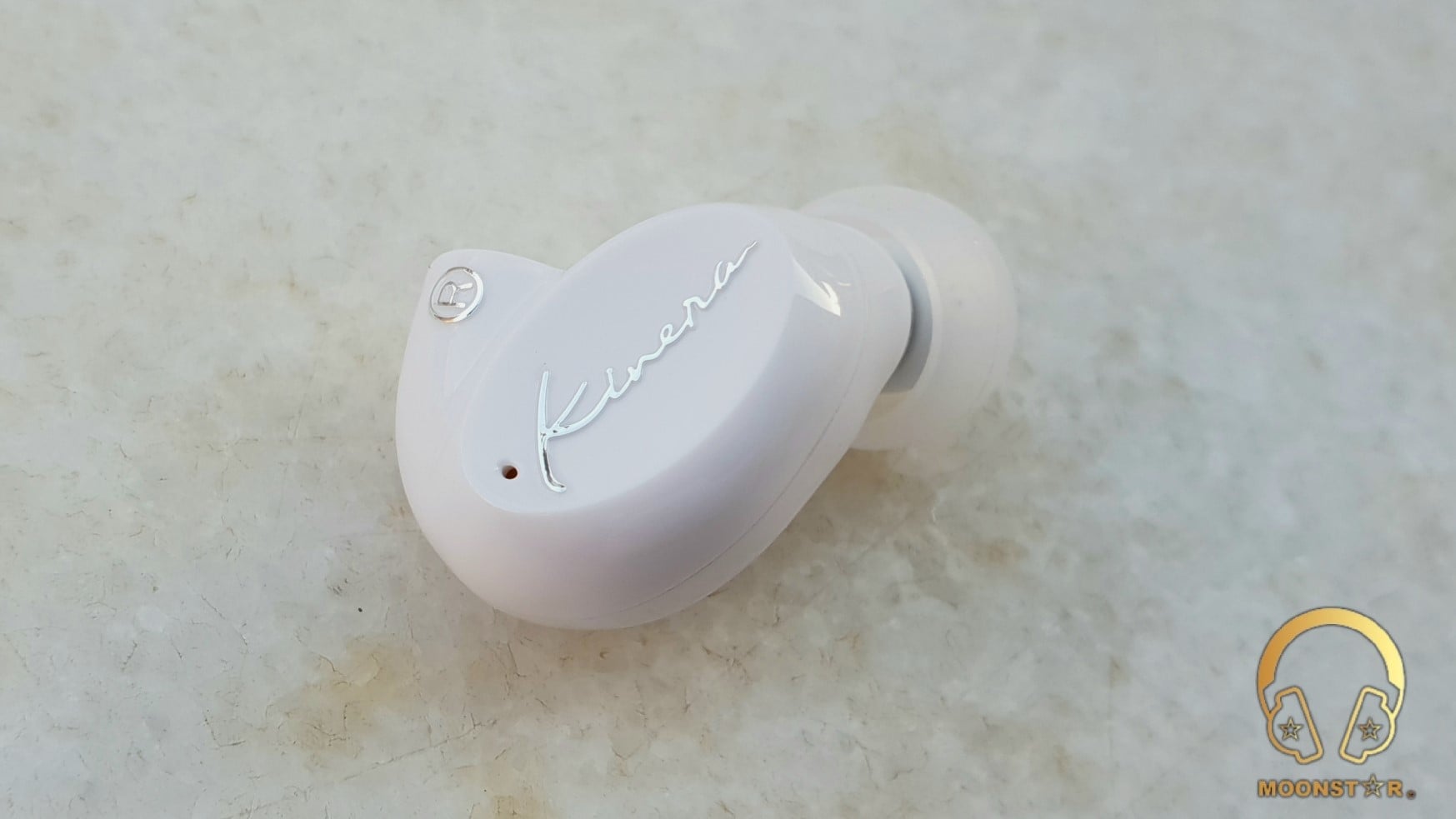 The Kinera SIF has relative low impedance of 32Ω and a sensitivity of 110dB which makes it compatible with relative weak sources like Smartphone’s, Tablet’s and DAP’s with weak amplification. 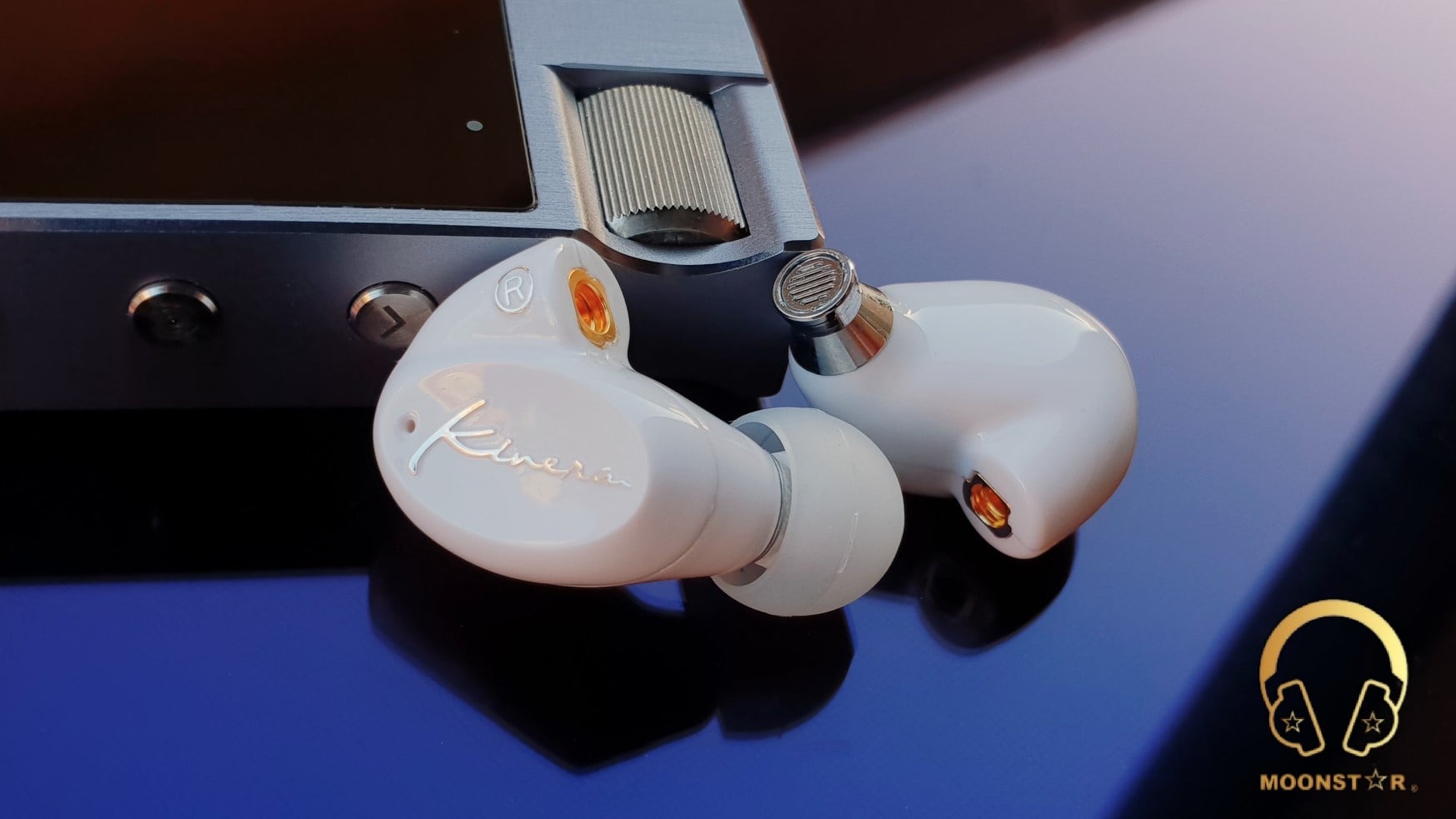 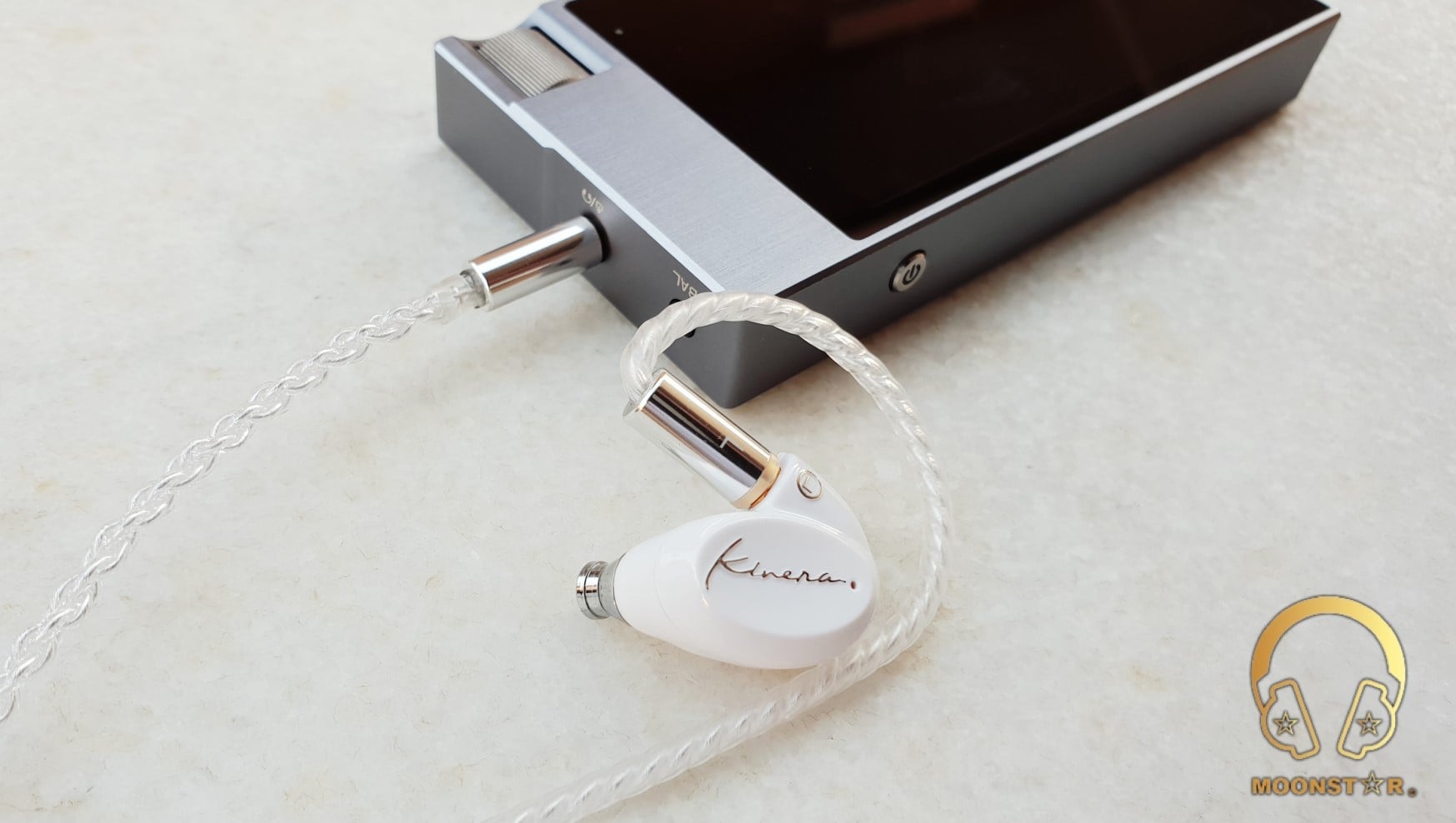 The Kinera SIF is an In-Ear Monitor with a V shaped sound signature, which has a meaty and musical midrange, deep and pretty fast bass, along with a treble range that is fairly controlled and soft in its presentation.

The subbass of the Kinera SIF has a warmish and slightly soft subbass character with moderate depth and extension. This area is in general quite balanced in terms of quantity and intensity.

The bass of the Kinera SIF can be described in general as fast, tight and fairly controlled, which doesn’t shows mixings or muddiness.

I found SIF quite successful in terms of speed, intensity and tightness while listening to the drums in Megadeth and Opeth songs. Indeed, the $ 37 Kinera SIF has achieved is impressive. I haven’t listen to such a consistent and balanced bass performance before at this price point. 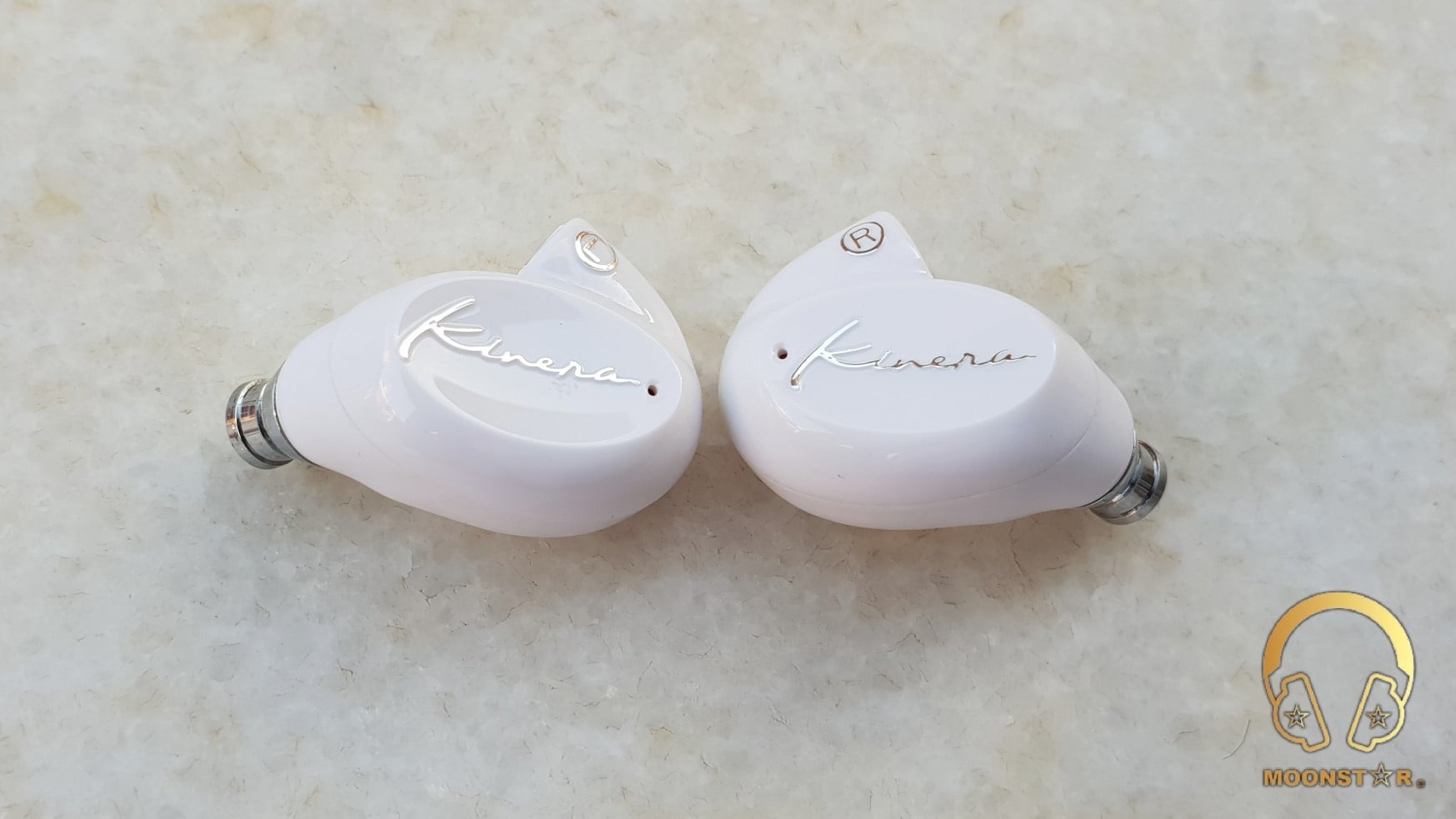 Midrange of the Kinera SIF is in general warmish, soft, moderately transparent and airy. However, the level of clarity, detail and transparency of the SIF’s midrange can compete with IEM’s within a price range of $ 100.

The Kinera SIF has a good instrument separation and clarity, while instruments are musical, fairly natural and minimal coloration.

The Acoustic guitars are sounding a little bit warm, bassy and soft, while violas are slightly warmish, thick and very emotional.

Kinera SIF has a slightly pronounced upper midrange, which is fairly soft and musical in its tonality. The transitions are quite soft, without to shows any unwanted sharpness or over brightness. Instruments like violins are slightly bright and have a good extension, while pianos are a bit soft and fairly controlled without to shows negative situations like harshness.

The treble range of the Kinera SIF is slightly less pronounced than the upper midrange and shows a smooth and musical presentation. The extension is a bit short and shows a moderate airiness in this area. The intensity is mainly focused in to the lower treble presence while there is a slightly roll-off in the upper treble (brilliance) area. Treble has an average speed, quantity and intensity.

The Kinera SIF has a suitable soundstage for a fairly precise instrument placement. The soundstage is not too narrow or too wide. The depth of the stage is better compared to the width, while the airiness is on an average level. 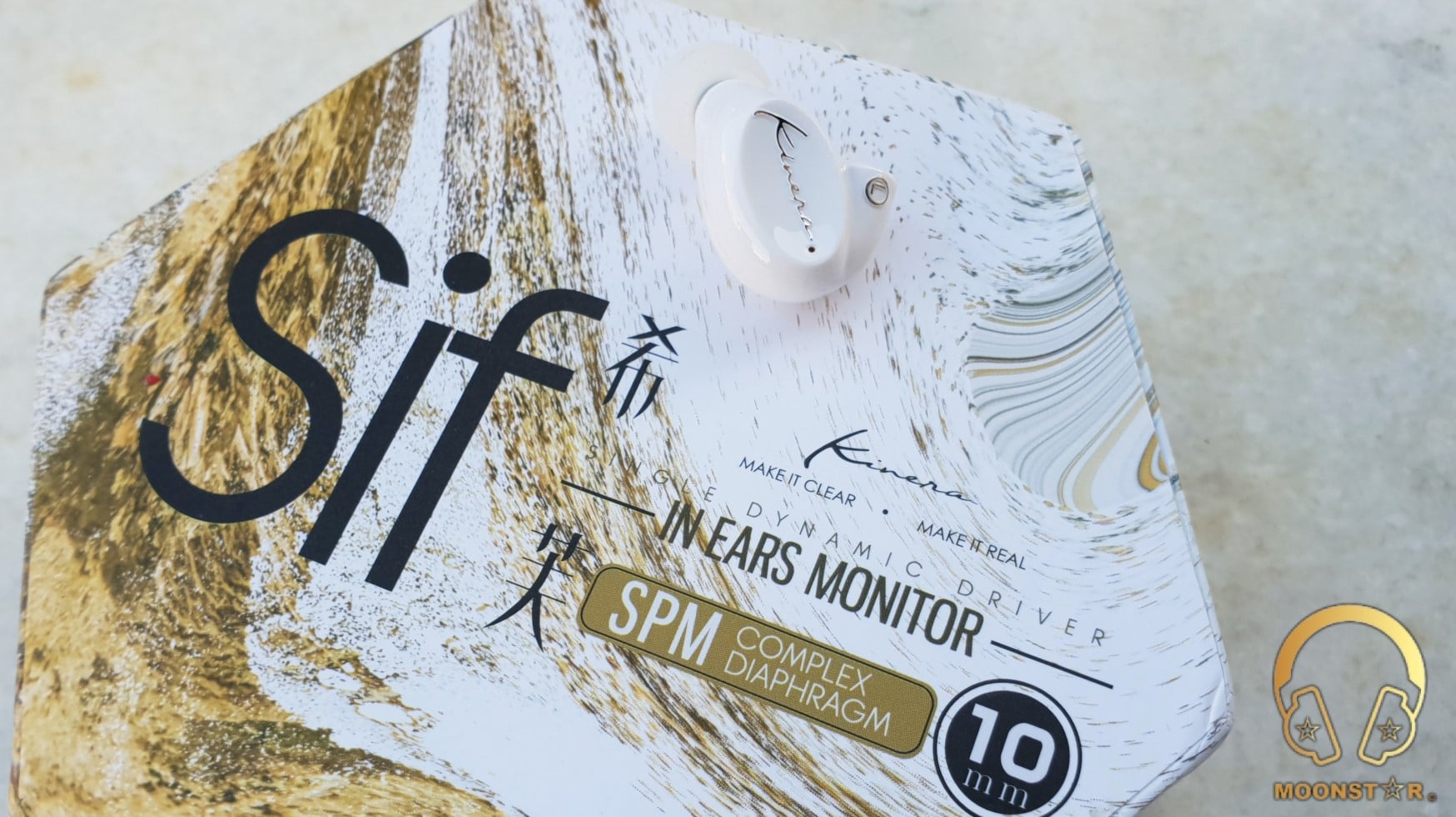 The Shozy Hibiki MKI has a more pronounced V shaped sound signature than those of the Kinera SIF, which is showing a milder character

The Kinera SIF sounds fuller and warmer than the SOZY Hibiki and is showing noticeably more subbass quantity and depth. The midbass of the Kinra SIF shows more intensity and quantity than those of the Shozy Hibiki (MKI), while the Hibiki has the upper hand in terms of bass speed and tightness. 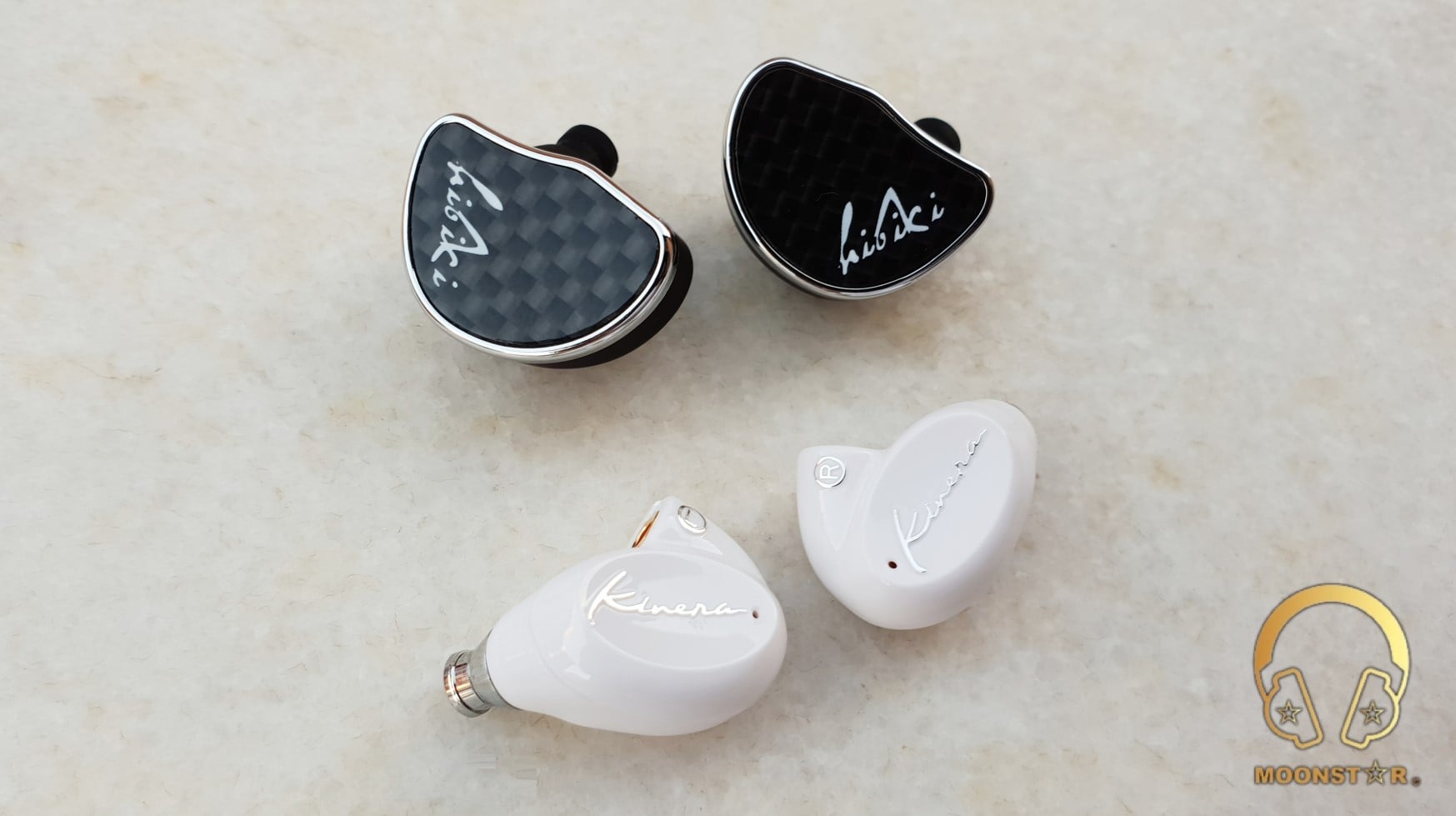 The upper midrange of the Kinera SIF is softer and more controlled than the Shozy Hibiki MK1, while the Hibiki MK1 is a bit too bright and sharp in this manner.

The treble range of the Shozy Hibiki MK1 is brighter and more pronounced, while the Kinera SIF has the upper hand in terms of treble extension, quantity and intensity.

The sound stages of both IEM’s are sufficient for the placement of instruments and vocals. The Shozy Hibiki MK1 has the upper hand in terms of soundstage width, while the Kinera SIF is showing more depth.

The subbass of the Kinera SIF has better depth and extension compared, which has an average depth performance. The IE Smalls has the upper hand in terms of midbass quantity, while the SIF is more controlled and balanced in this area. 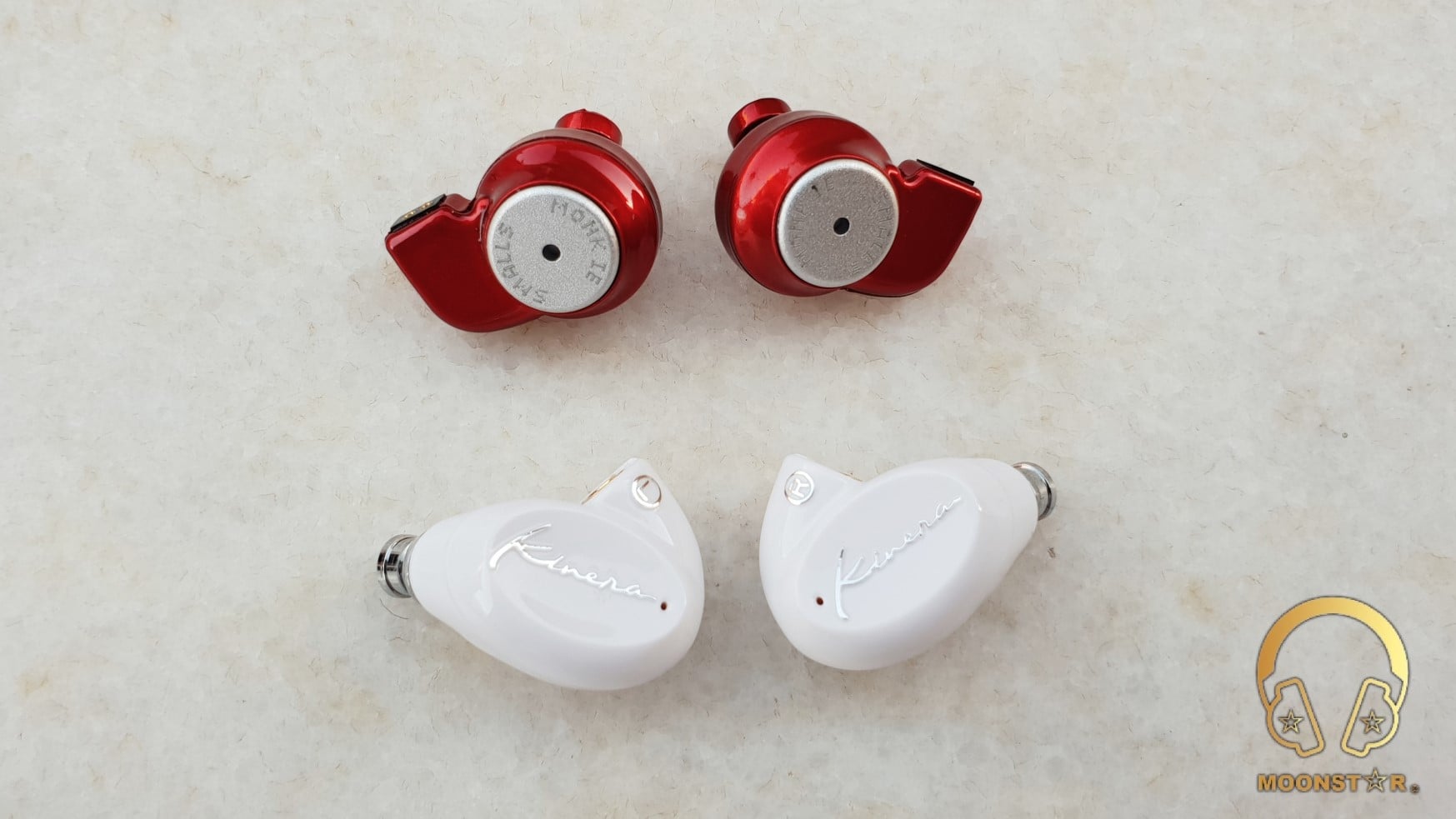 Both IEM’s have a soft and controlled upper midrange presentation, while the SIF sounds slightly more pronounced, detailed and airy in this area.

The treble range of the VE Monk IE Smalls is missing energy and sparkle, which is the reason why it has an unnatural and fairly dark treble presentation. The treble Kinera SIF on the other hand has maybe not the highest treble extension, but it shows better intensity, detail and energy.

The soundstage of the VE Monk IE Smalls is width but not very deep. The Kinera SIF has the upper hand in terms of soundstage depth, while the IE Smalls shows better width. 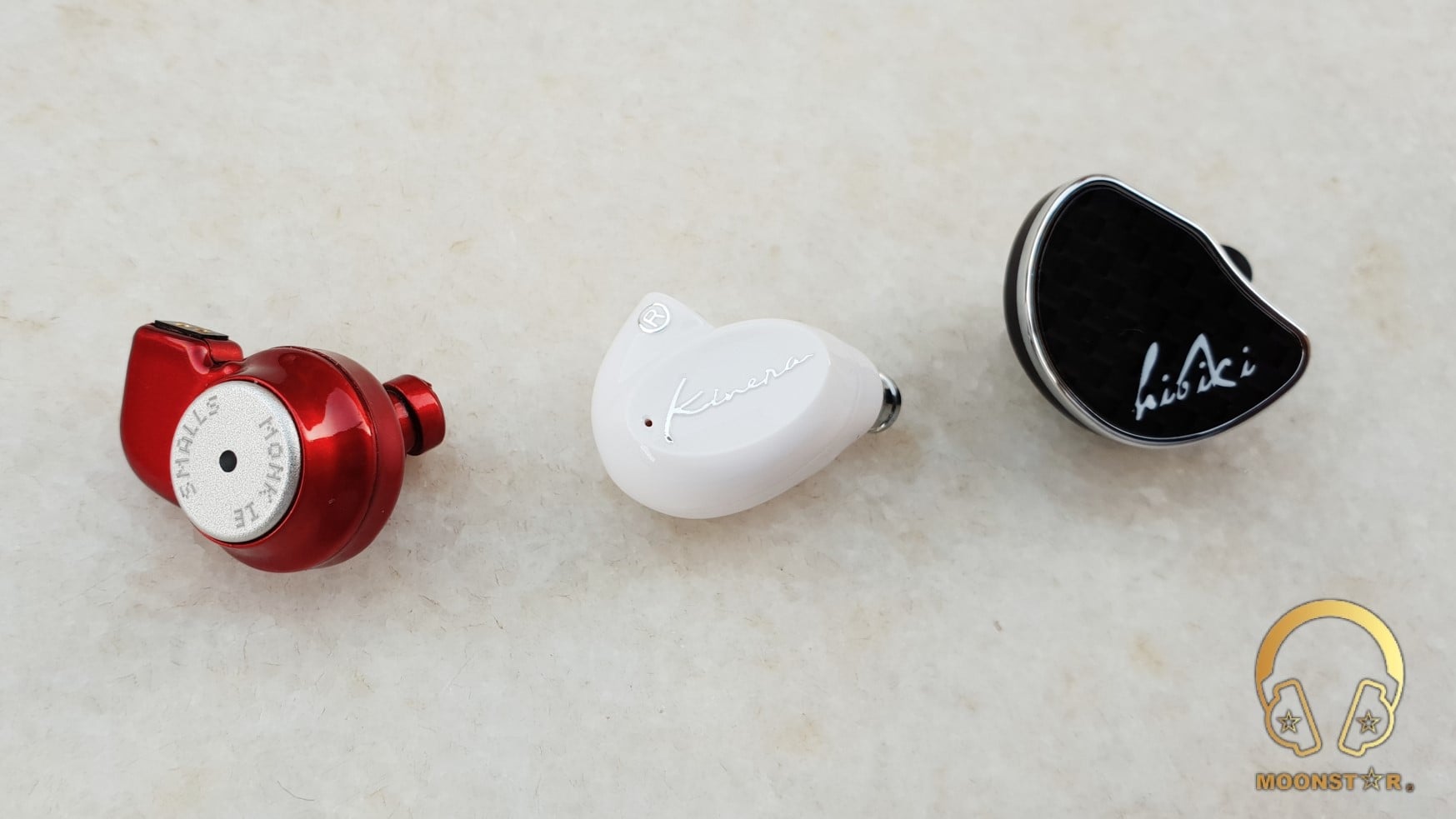 The Kinera SIF offers a meaty and musical midrange, deep and fast bass response, along with a treble range that is fairly controlled and soft in its presentation, which will satisfy many users who are looking a budget friendly In-Ear Monitor.