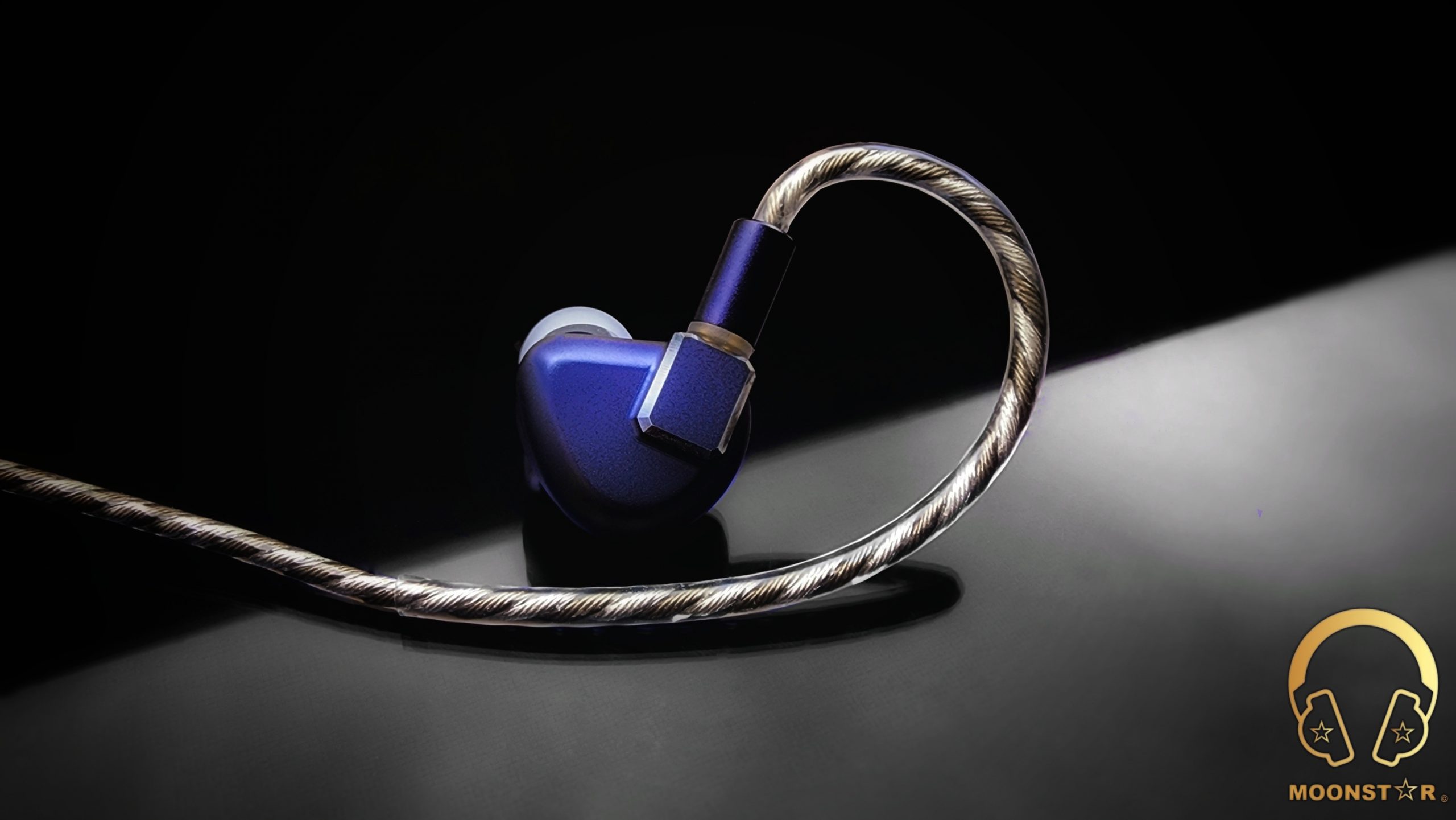 LetShuoer (former Shuoer) is a Chinese company located in Dongguan, Guangdong, China and is specialized in design and development of portable audio equipment’s such like Universal & Custom In-Ear Monitors and USB DAC/Amplifier (DT-02).

The S12 Pro is the company’s 6th Anniversary Deluxe Edition of the original S12 that was a big success for LetShuoer. The S12 Pro that is based on the original S12 comes now with some updates like a new detachable cable with “swappable headphone plugs”, a new color and some minor tunings of the sound. It features a 14.8mm dia. large Planar Magnetic Driver, located inside a Five-axis CNC machined Aluminum Alloy shell in Blue (Space Blue) color that comes with 2-Pin connectors on the top.

I would like to thank LetShuoer for providing me the S12 Pro IEM as review sample. I am not affiliated with LetShuoer or any third person beyond this review and all these words reflect my true, unaltered opinions about the product.

The actual price for the LetShuoer S12 Pro is 160,55 US$. More information’s can be found under the link below;

The LetShuoer S12 Pro comes inside a pretty minimalistic rectangular box that is wrapped with a cardboard that shows the illustration and some product related brandings on the front specification at the bottom. 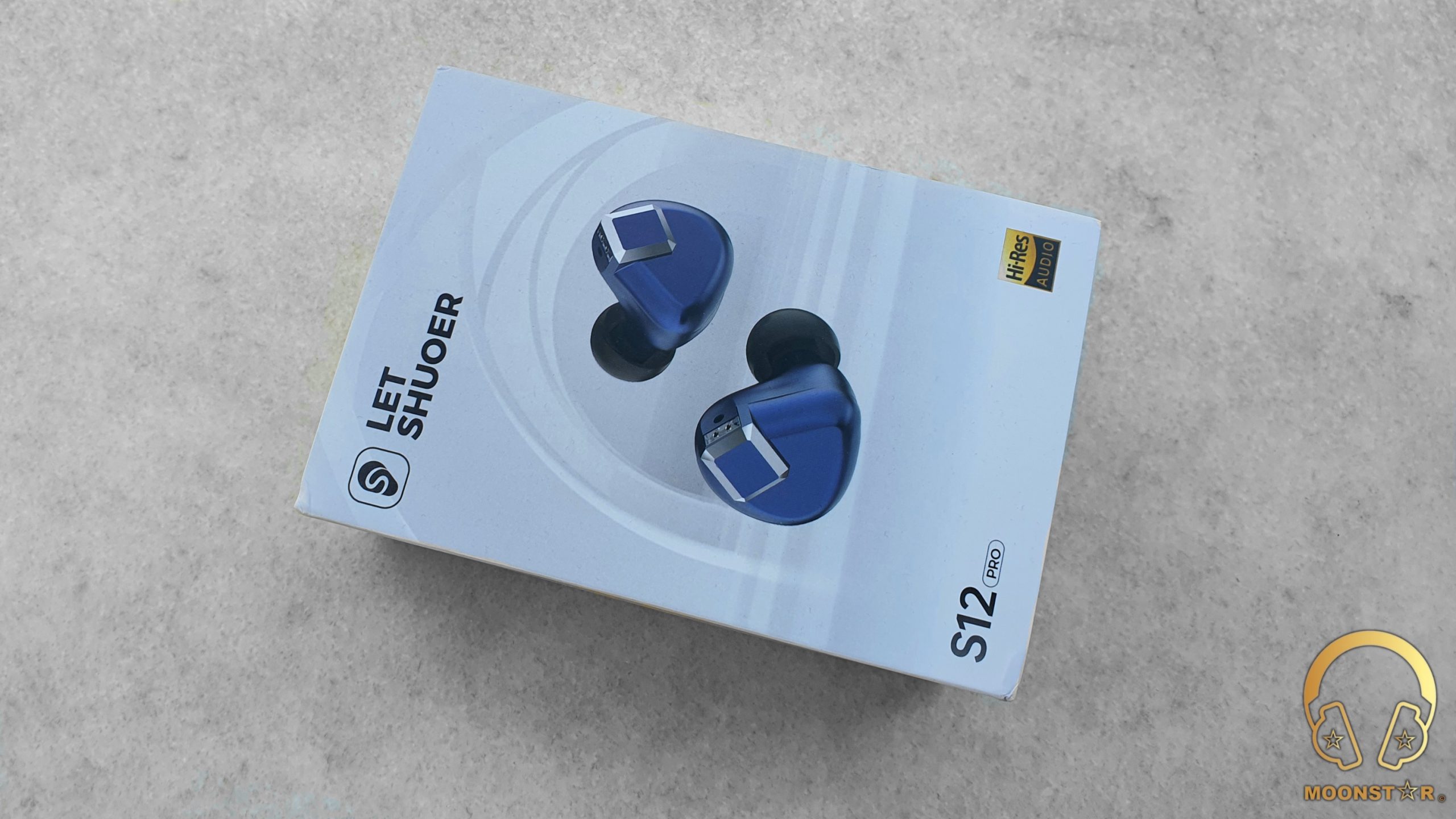 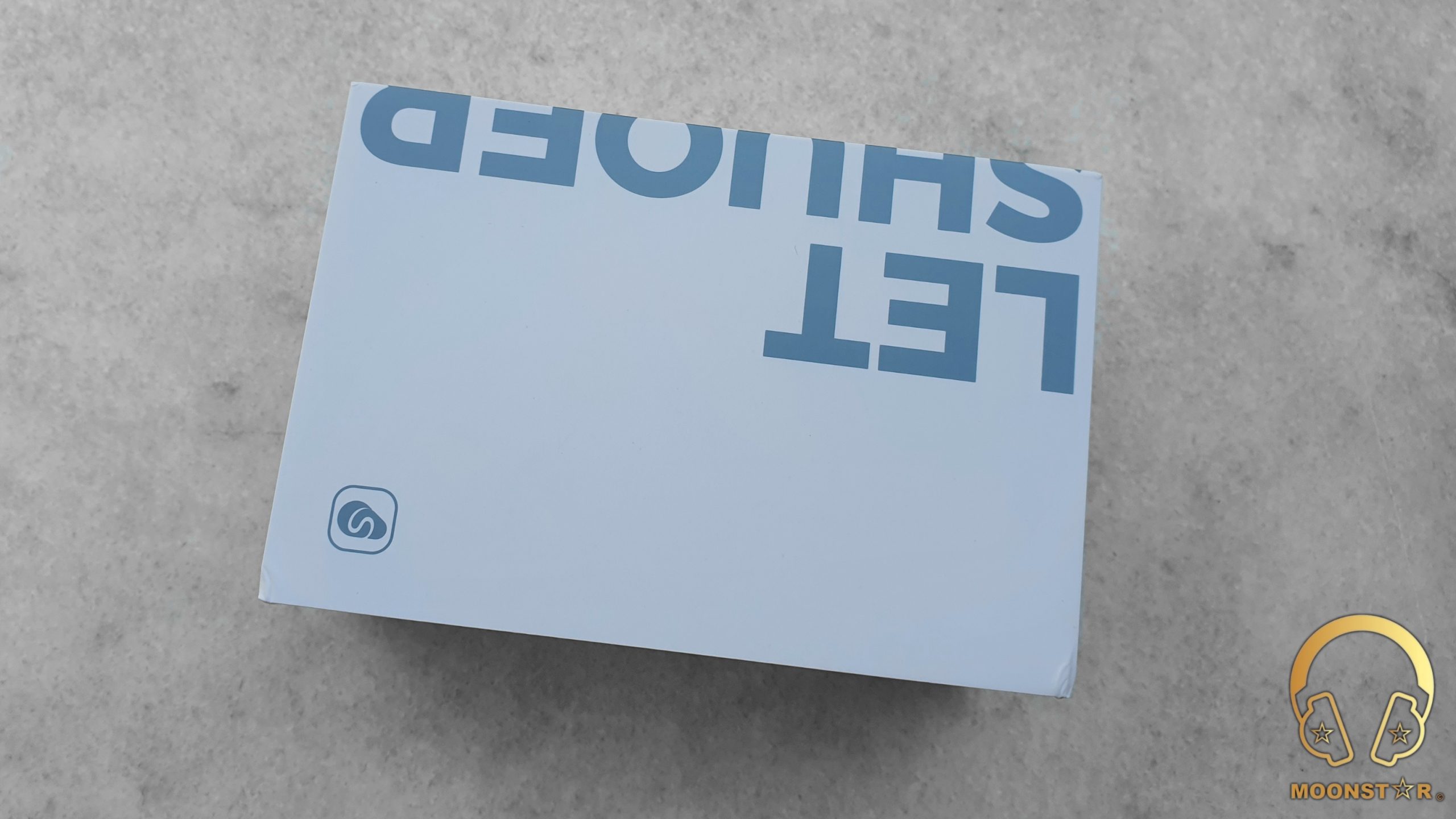 Inside the box of the S12 Pro are the following items/accessories; 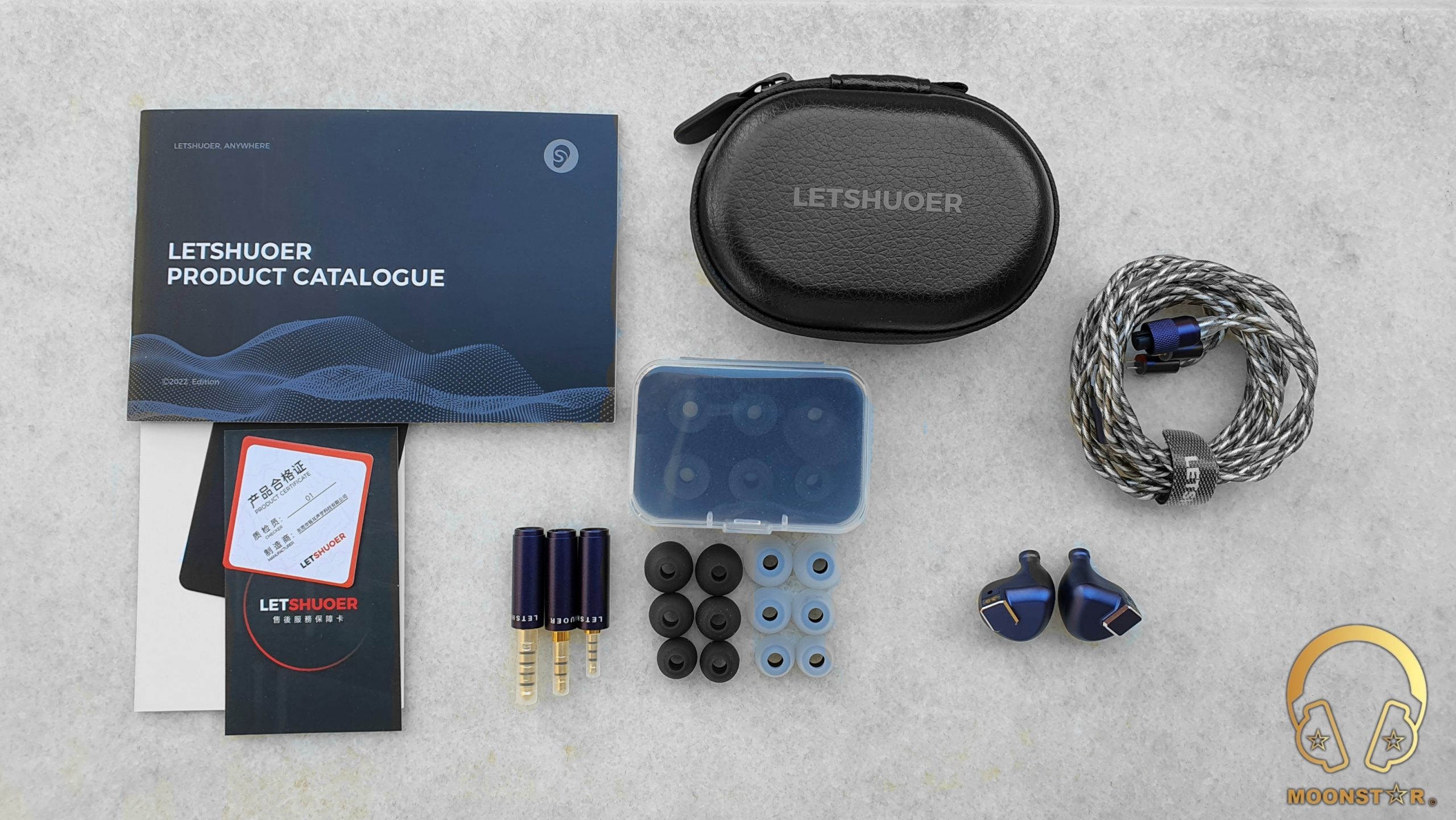 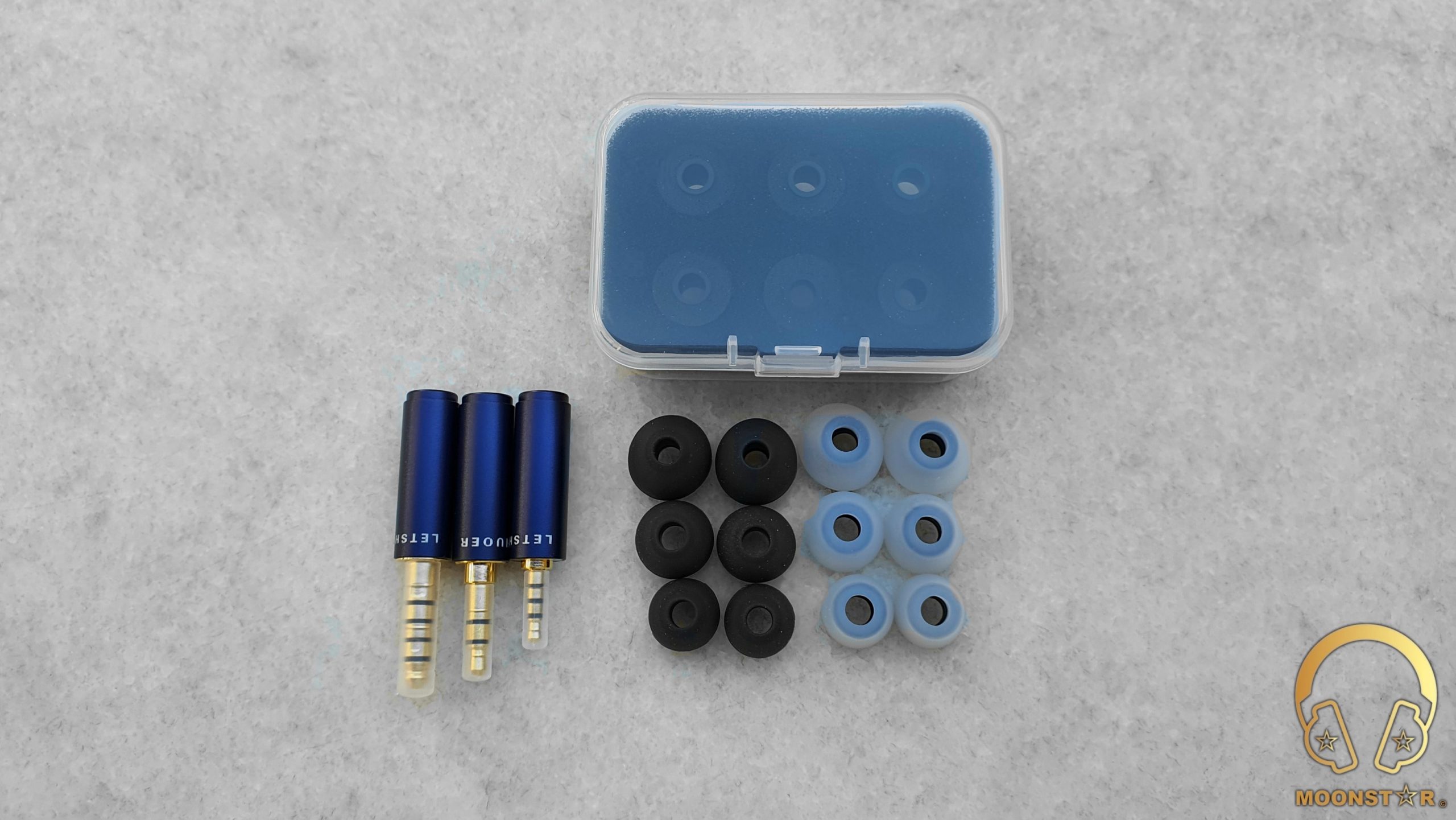 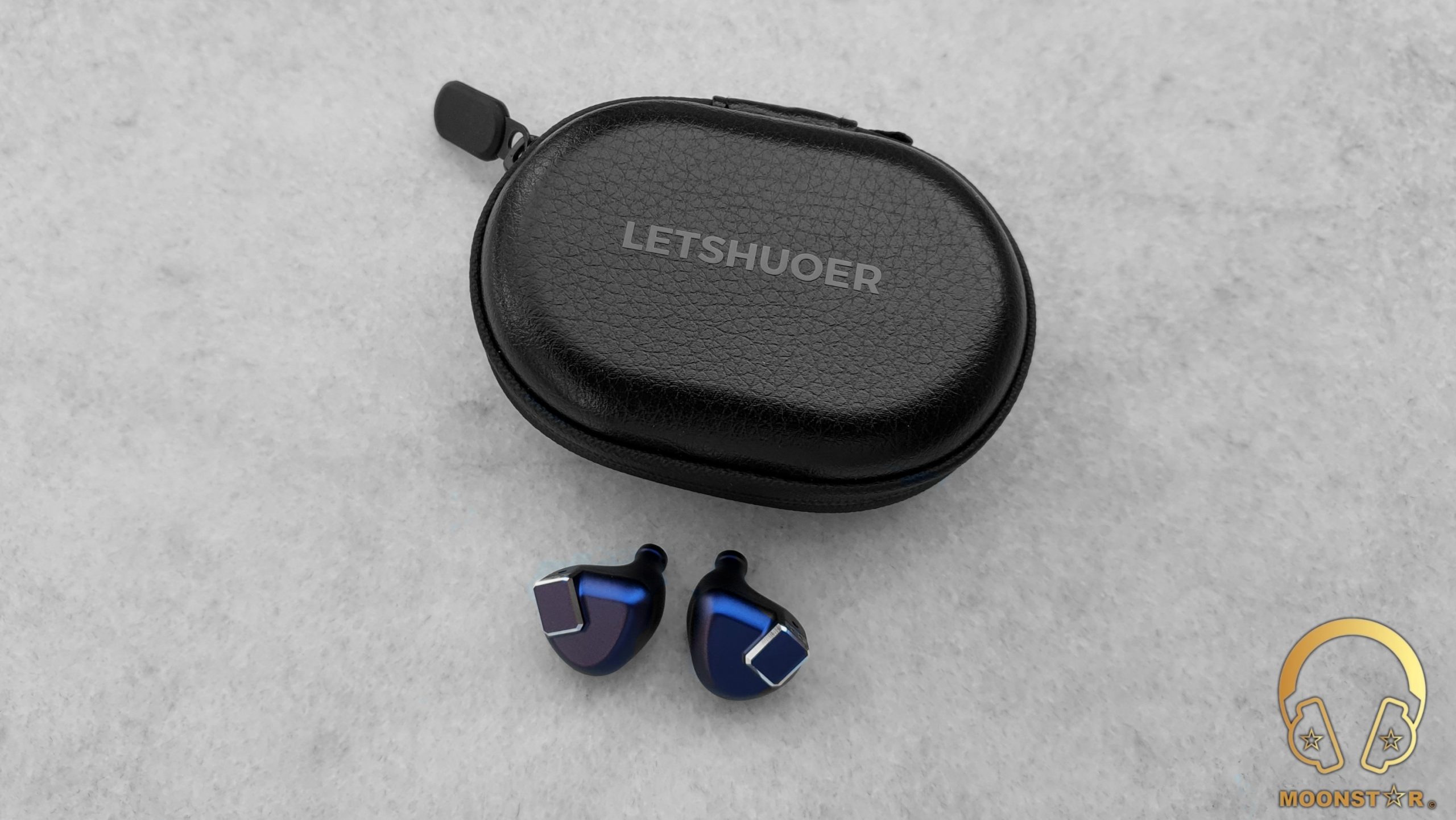 The LetShuoer S12 Pro shares the same shape with the original S12, which is a pretty compact monitor with a minimalistic industrial design. The monitor is made from a Five-Axis CNC machines Aluminum Alloy, which is a pretty lightweight & durable material. The monitor has a pretty smooth surface with a Blue (Space Blue) finish, which is a special color selection for the 6TH-Anniversary Deluxe Edition.

The S12 Pro features a pretty large 14.8mm Diameter Planar Magnetic Driver that is located between a rear and front acoustic chamber, which is a special design choice by LetShuoer in order to make the channel matching to be more consistent. This structural design of the front and rear acoustic chamber effectively discharges the pressure inside the chassis. 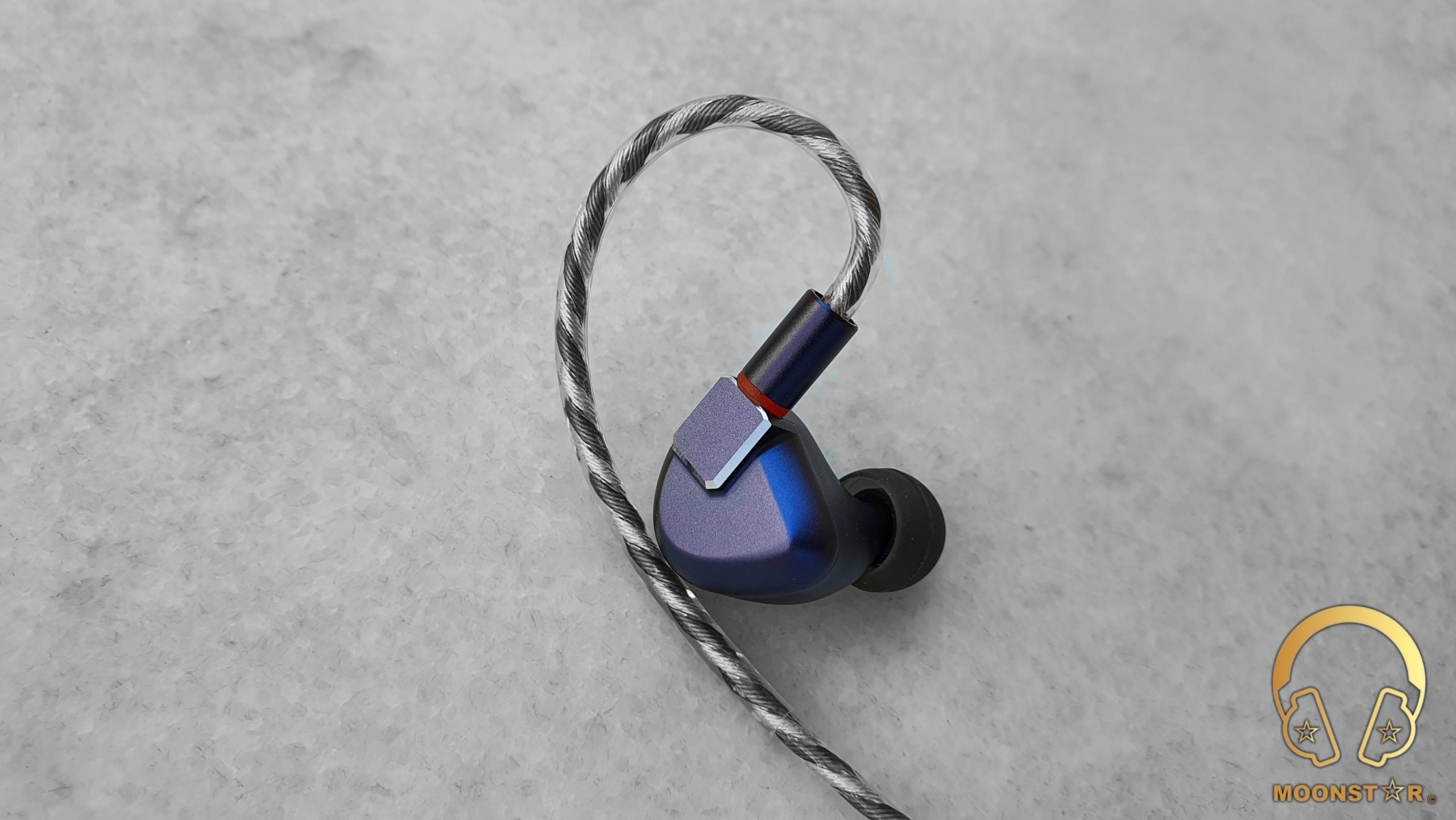 The faceplate of the S12 Pro shows a relative clean surface that has a slightly protrudes area near the top, where the front acoustic chamber is located. 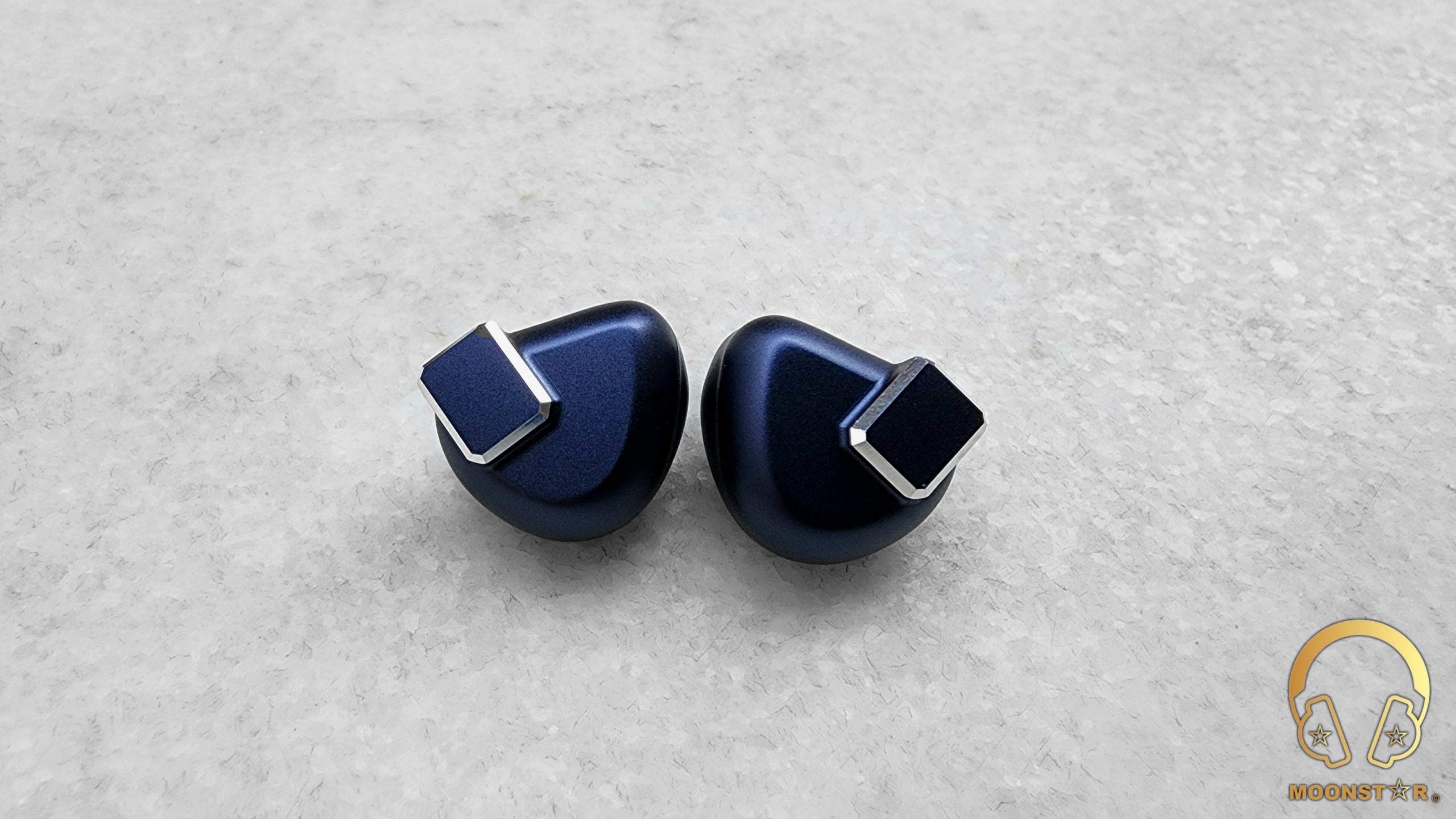 The rear surface of LetShuoer S12 Pro features the slightly angled sound nozzle and one of the two vent holes, which is part of the rear acoustic chamber. 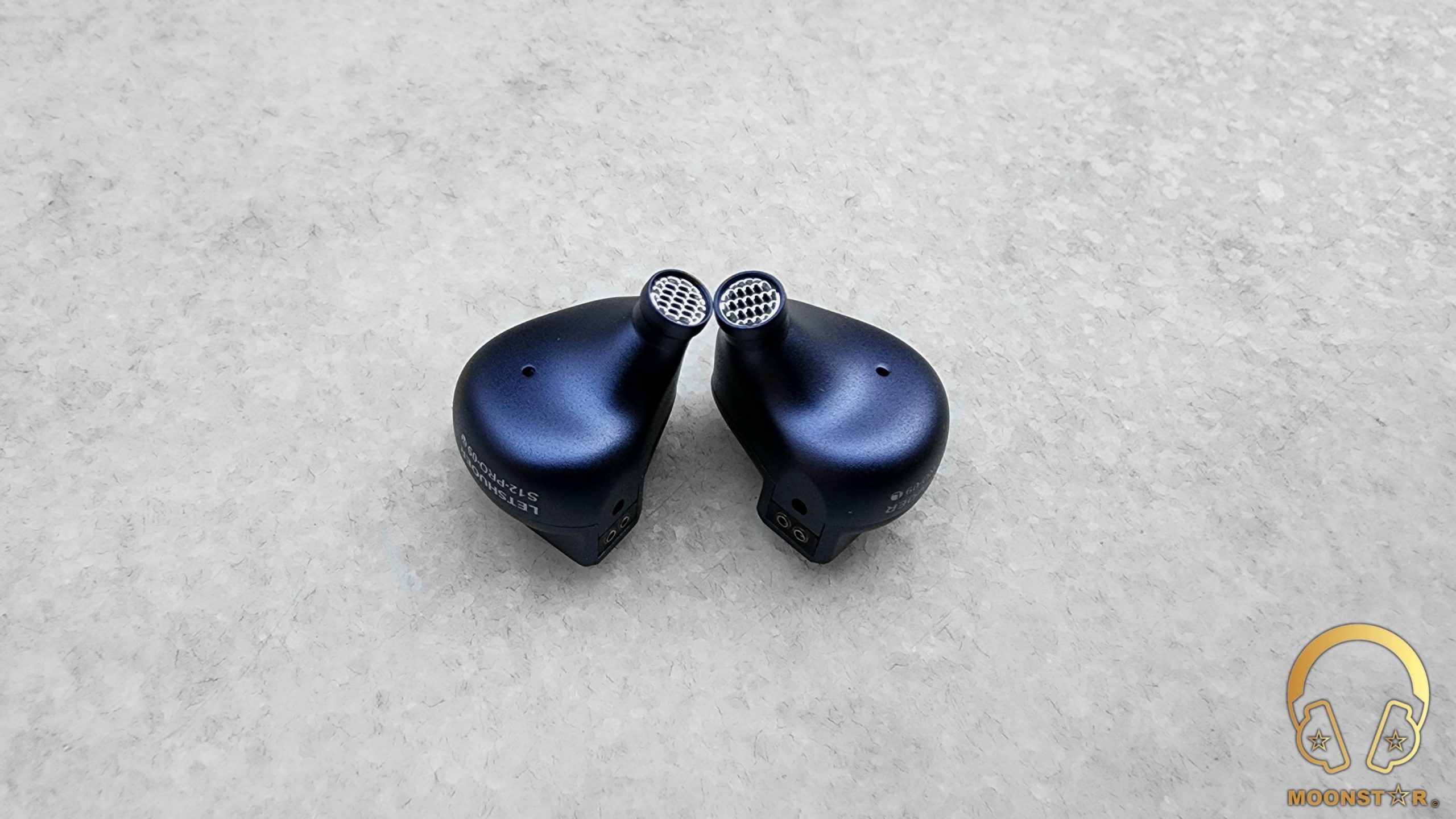 The sound nozzle has metal mesh with a silver finish on the top in order to prevent the insertion of small particles such like dust or ear-wax. 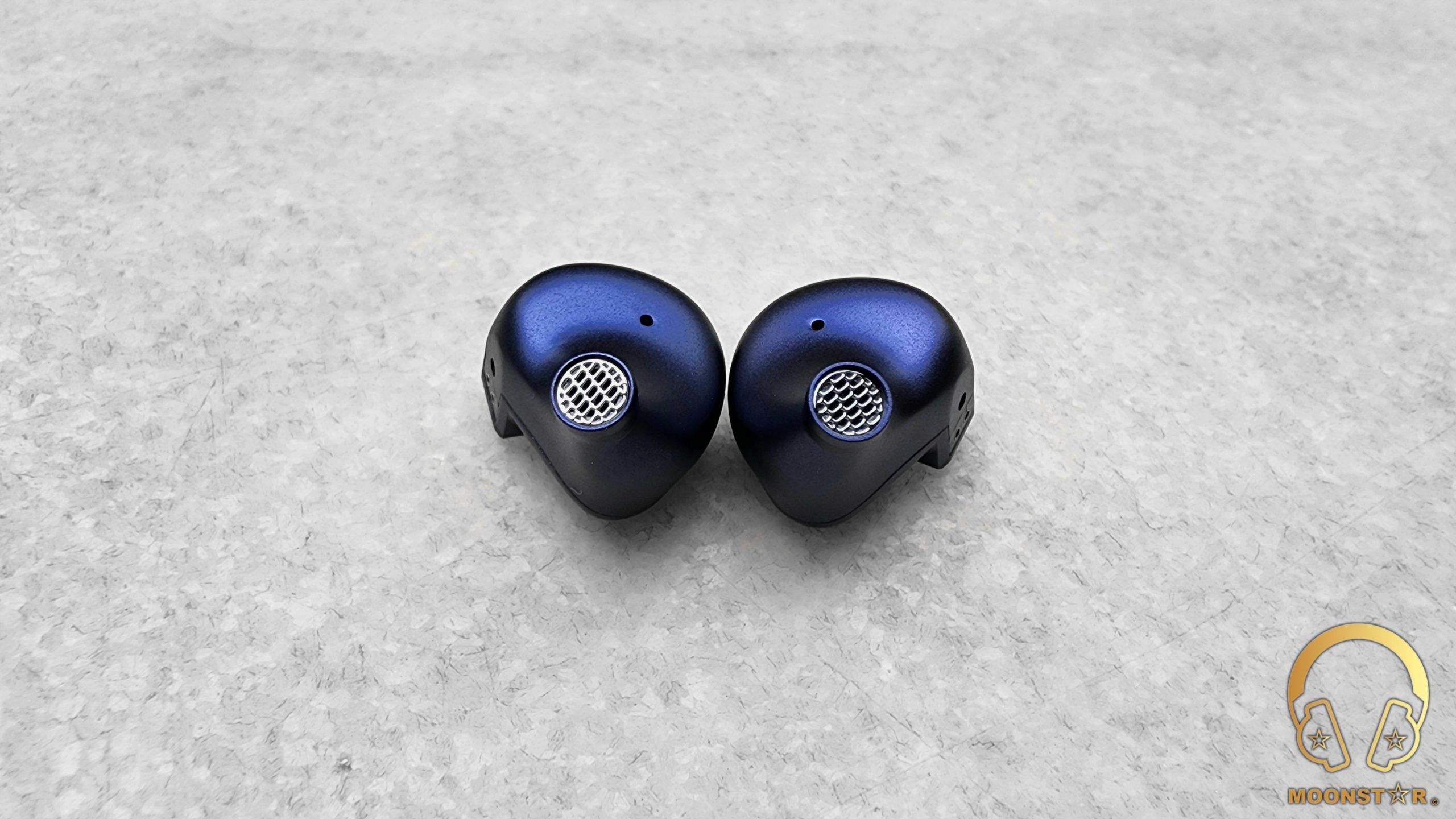 On the top of each monitor shell is a standard 0.78mm dia. 2-Pin female connector, which is pretty durable and that offers a tight connection with the male connectors on the detachable cable. Near the connectors is a larger pressure relieve opening that is part of the front acoustic chamber. 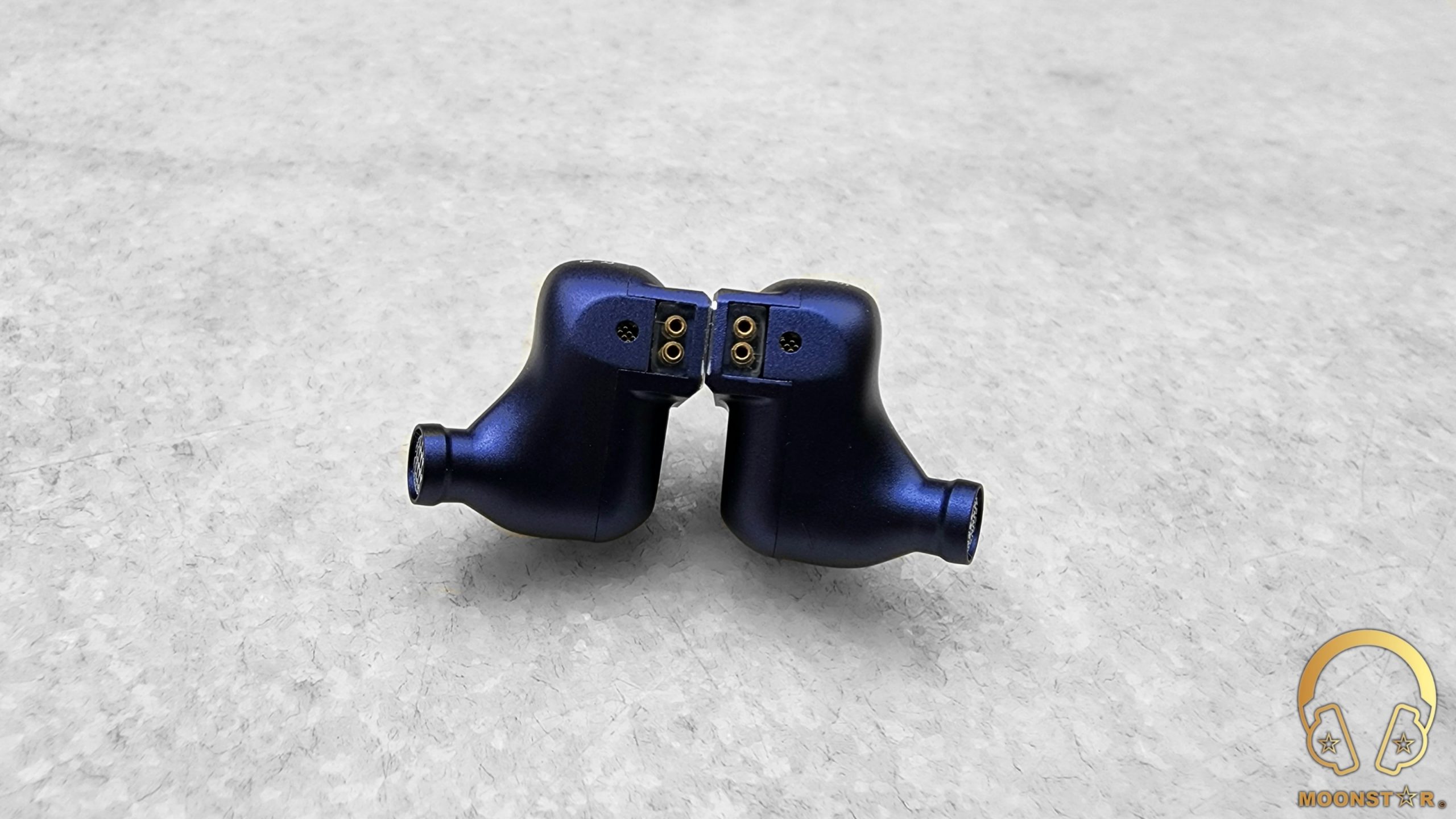 The rear surface of monitors sports a serial number, the product branding and Left or Right markings in white color. 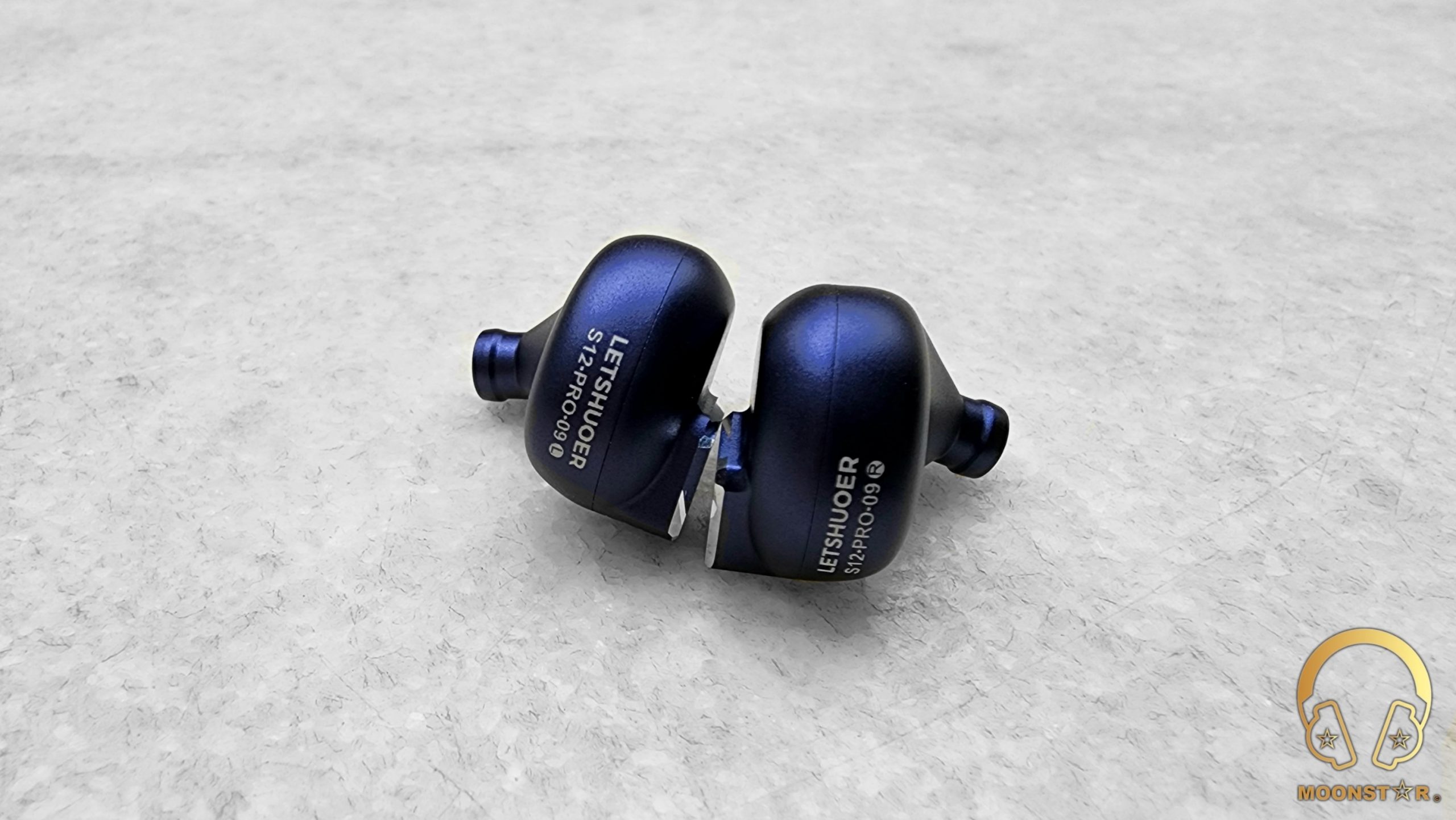 The monitors do have a very durable appearance and doesn’t show any remarkable gaps or burrs on the visible surface area. 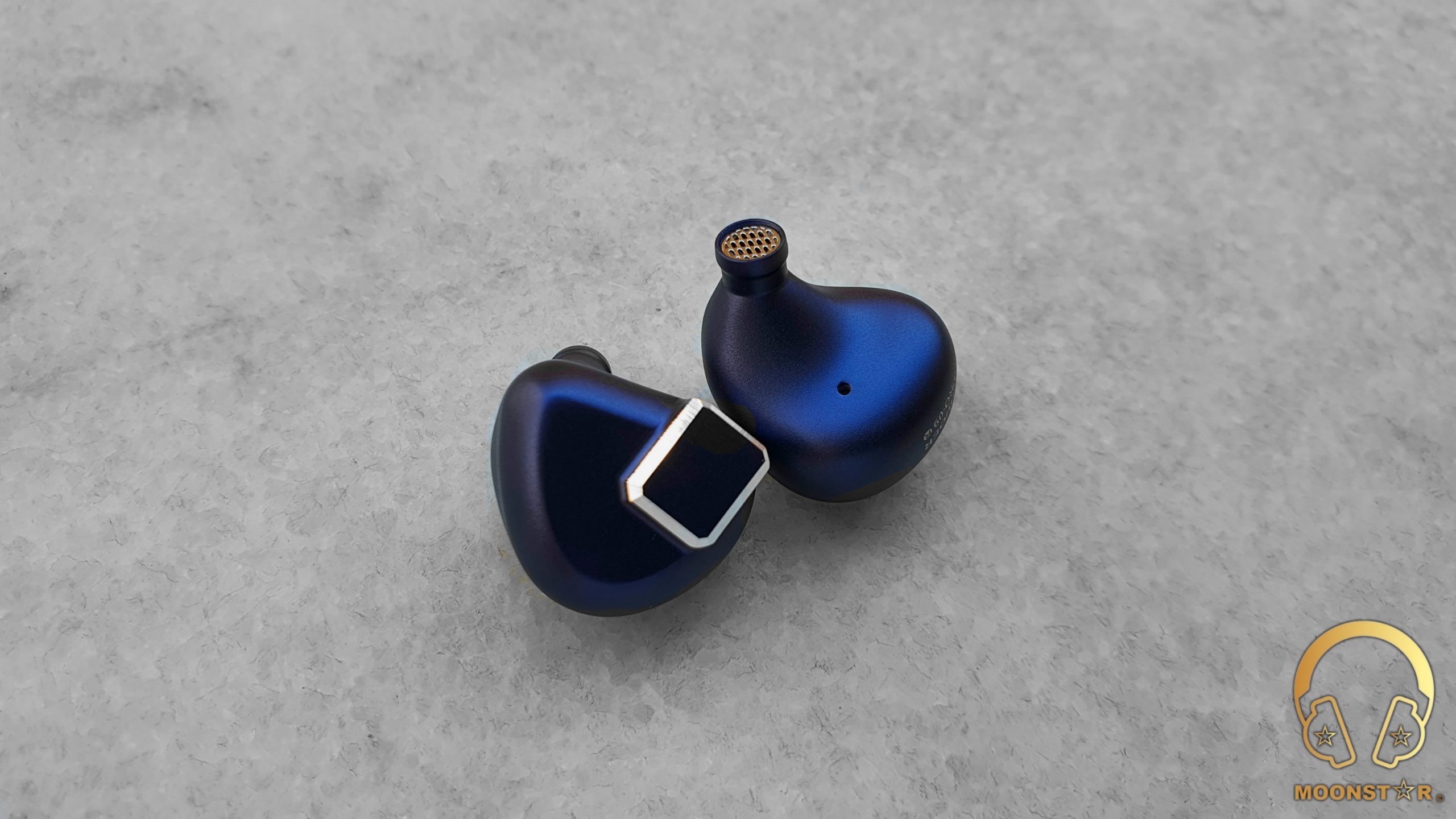 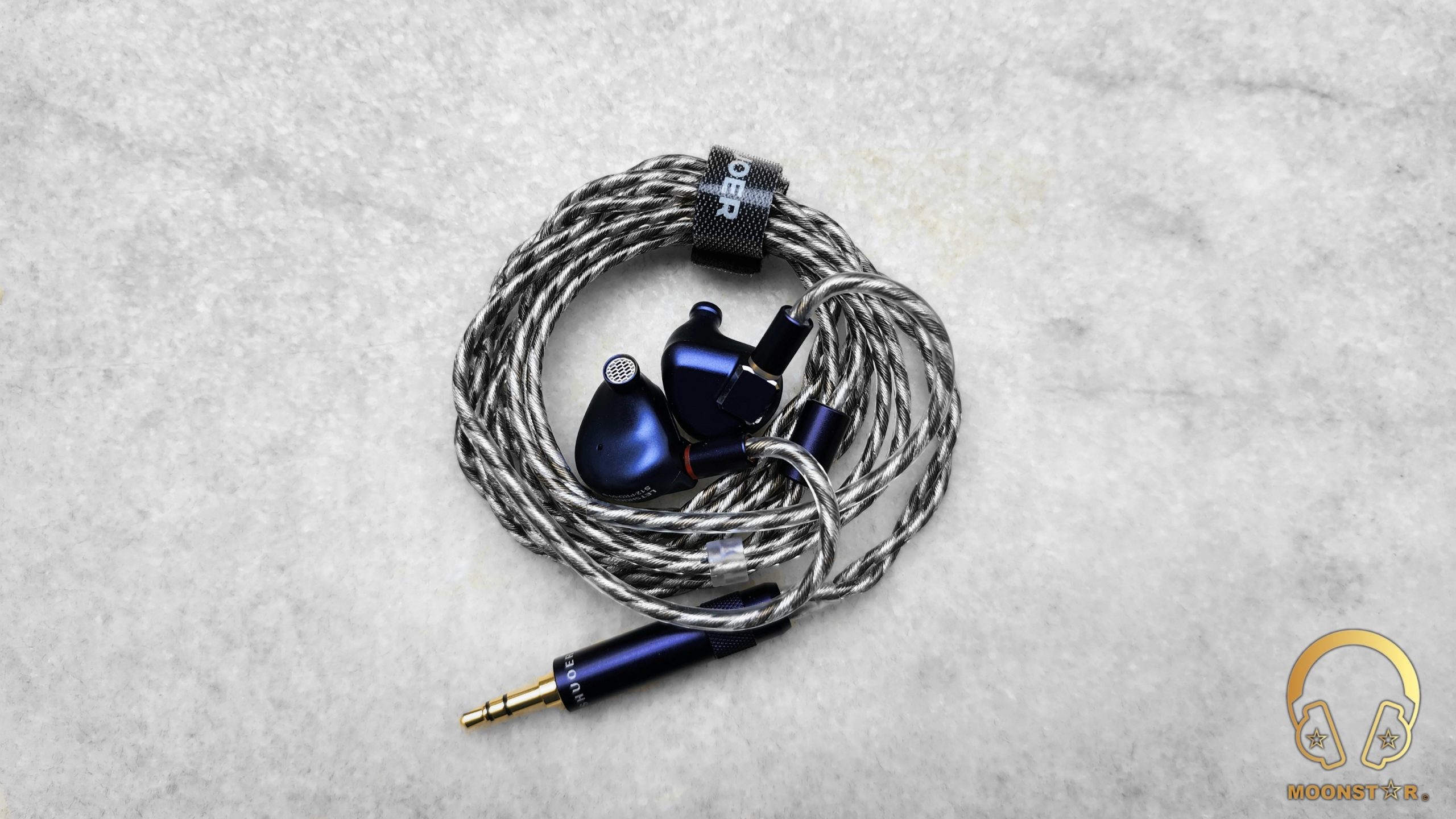 The cable has a braided design and the wires are protected by a flexible PVC insulation that shows a very low amount of microphonic effect. 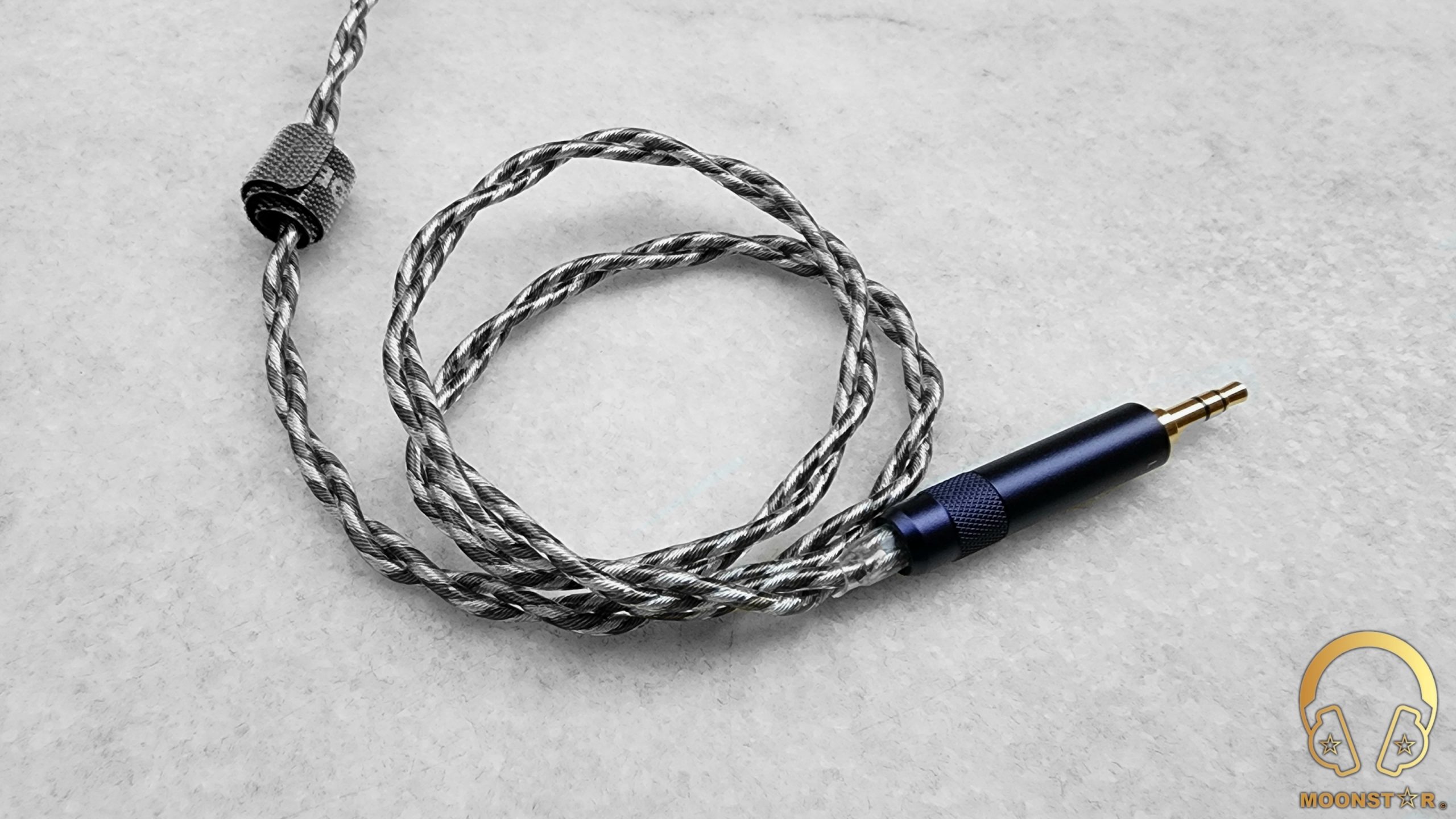 The 2-Pin connectors do have a metal housing in blue color that Left (transparent) and Right (red) color indicators. 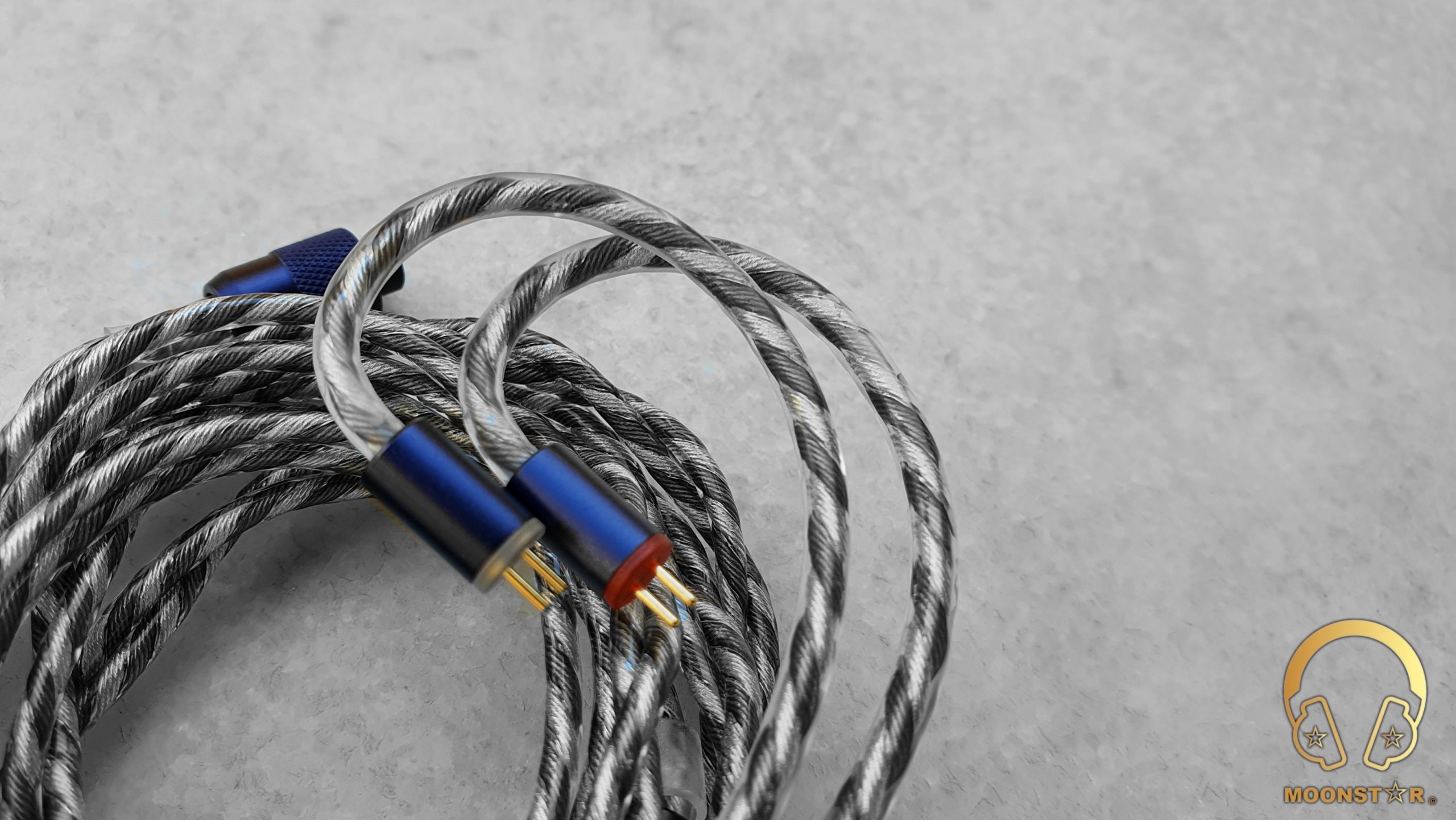 Near the left and right connectors are heat shrink ear guides for extra comfort on the go. 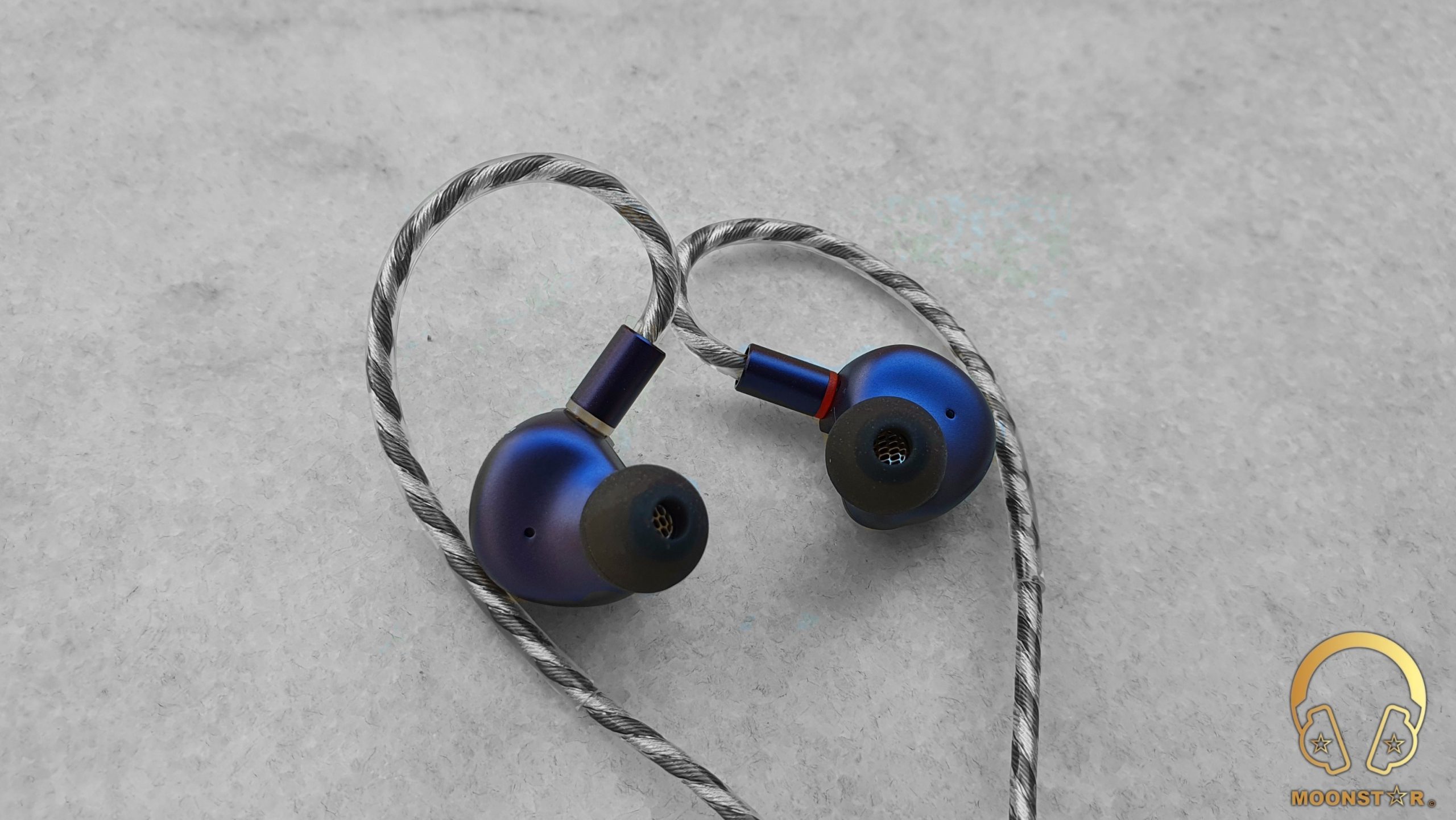 There cable comes with a metal Y-splitter in blue and a transparent plastic chin slider. 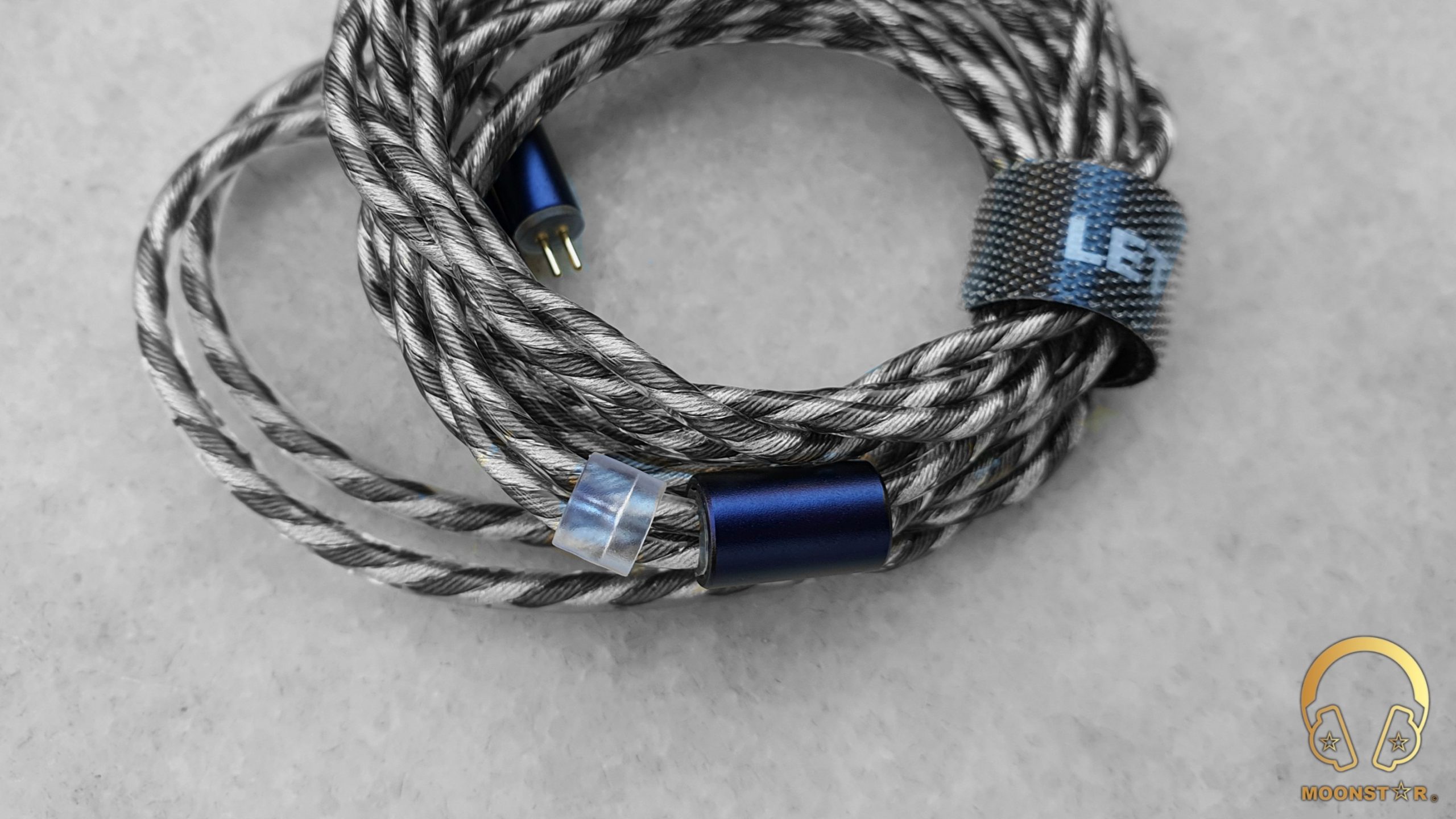 The detachable comes with an interchangeable headphone plug design, which is an Exclusive design choice for the S12 Pro. 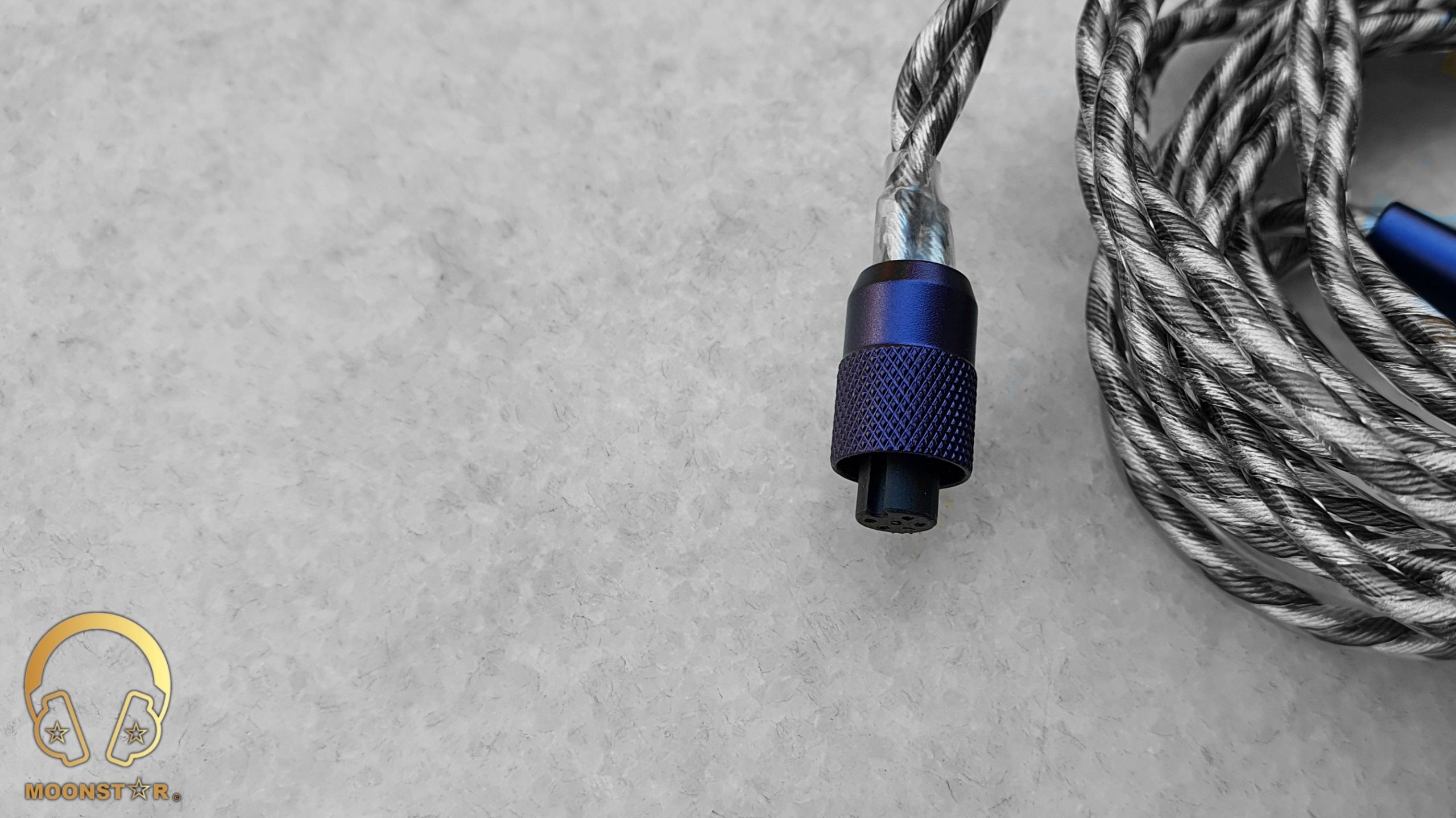 Inside the package are 3 variants of swappable plugs, which are 1x 4.4mm Balanced, 1x 2.5mm Balanced and 1x 3.5mm Single Ended plug. The pugs do have a straight profiled metal housing with the same blue finish like all metal parts of the S12 Pro. 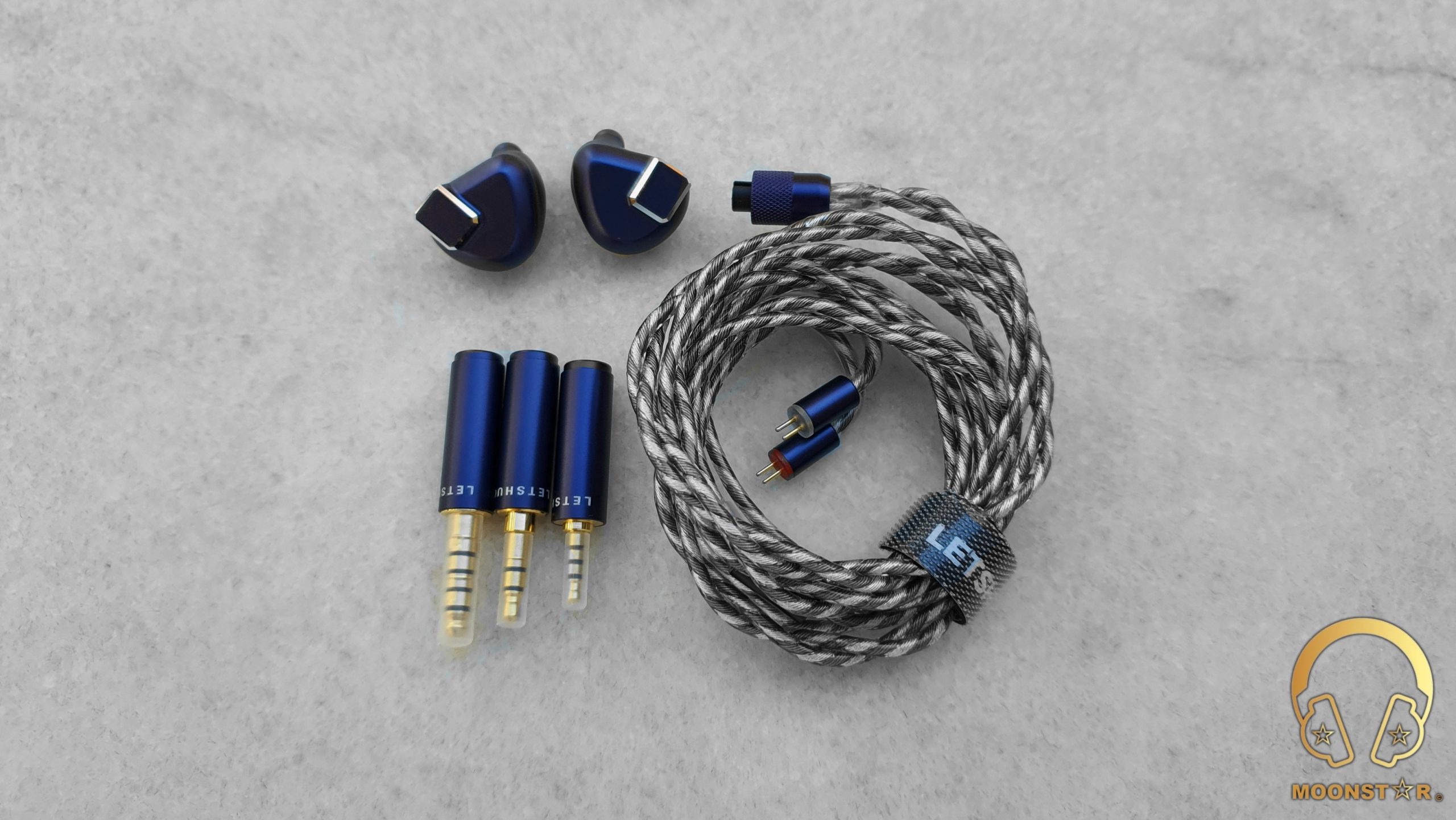 My only complaint for the cable could be the weight and stiffness that was also the case with the original S12. The cable of the D13 is for example a softer, lighter and more flexible.

The LetShuoer S12 Pro is an IEM with a small and lightweight monitor shell, which offers a pretty comfortable wearing experience with my average sized ear chonca. The passive noise isolation of the S12 Pro is on a sufficient level that is suitable for the use in relative noise environments such like a bus or a train. 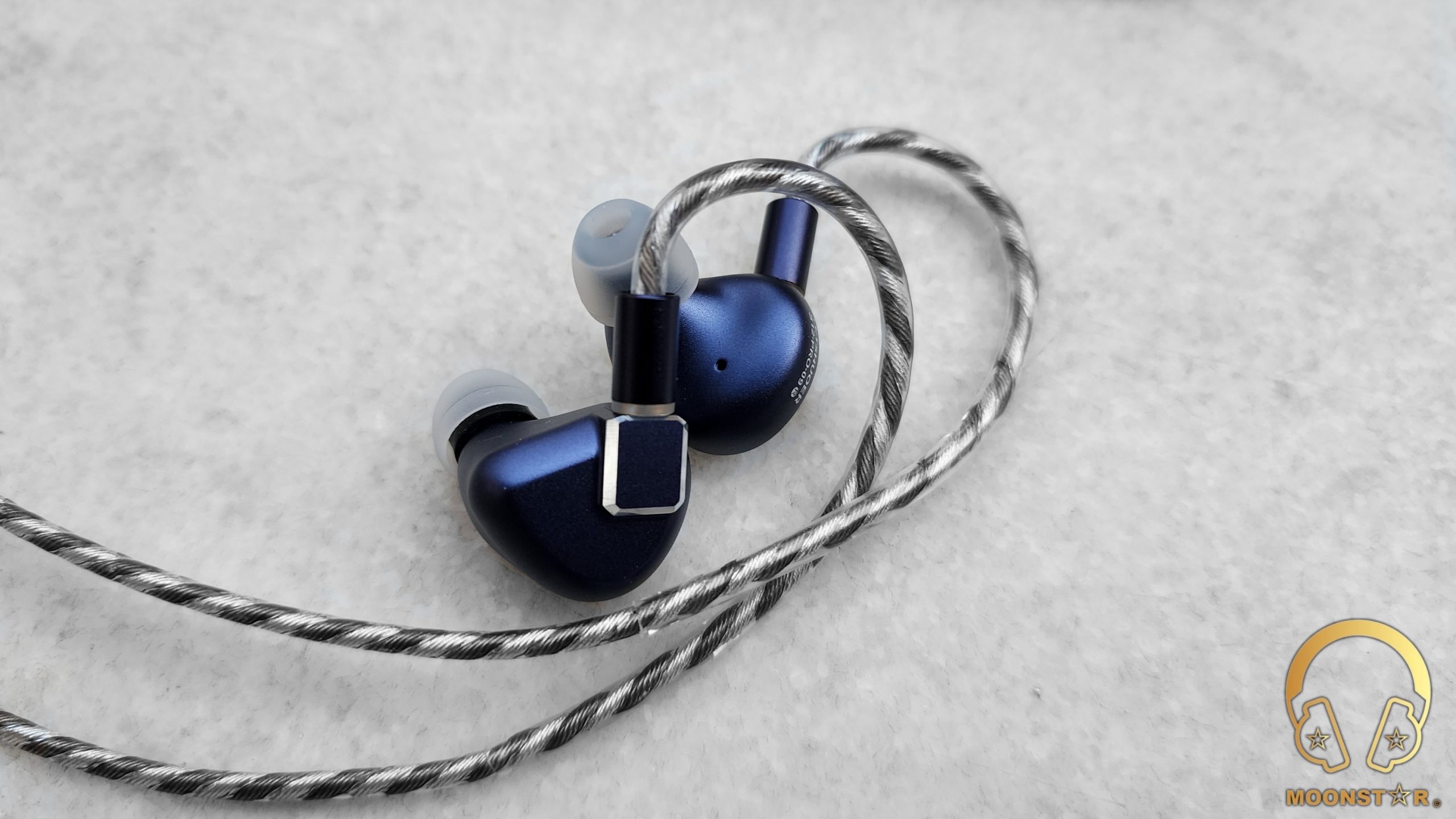 The LetShuoer S12 Pro is a relative easy to drive Planar Driver IEM thanks to its impedance of 16Ω and a sensitivity of approx. 102dB/mW. Sources such like USB DAC/Amplifiers (Shanling UP04 2022), Tablet’s (iPad Air 2) or ultra portable DAP’s (Hidizs AP80 Pro-X Red Copper Edition) do work just fine. 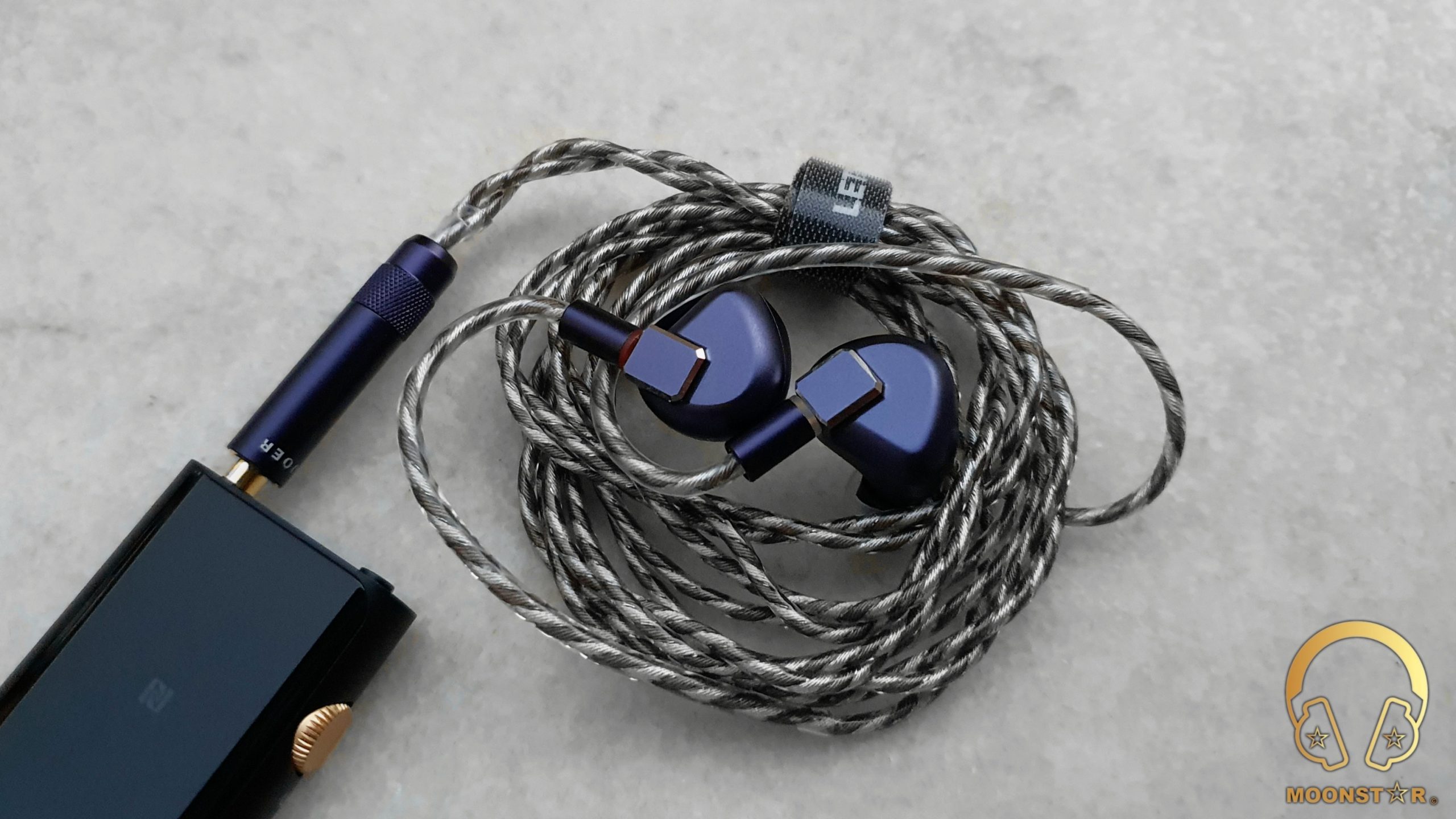 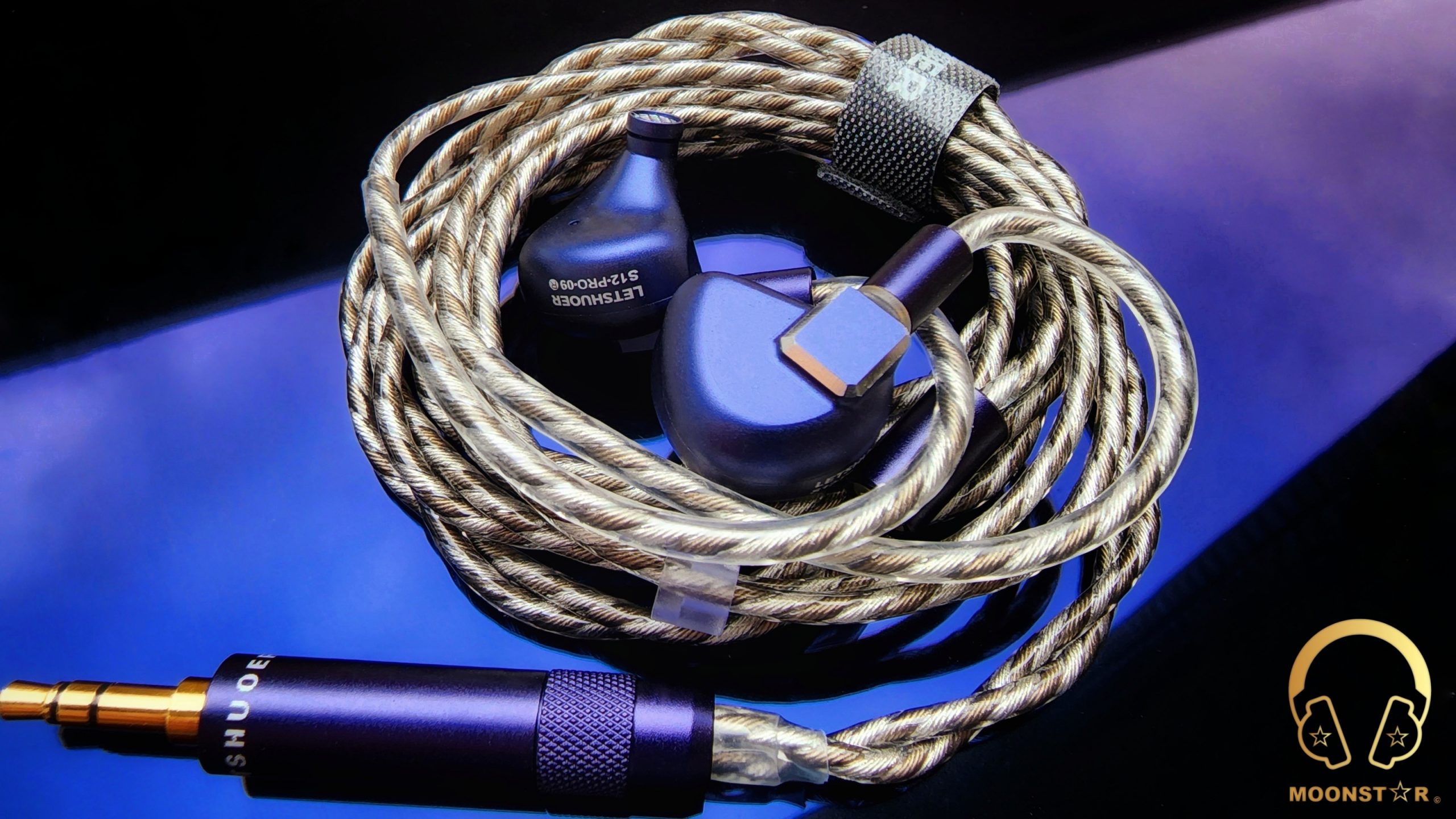 The Shuoer S12 Pro comes with some minor but audible improvements over the original S12, which is one of my favorite Planar Driver powered In-Ear Monitors. The general sound signature is mildly warm, relative smoother compared to the OG S12 and shows an excellent entertaining factor thanks to its deep, fast and impactful manner lows, transparent and lively midrange and well pronounced and extending upper midrange tuning and treble tuning.

This review has been written after a burn-in period of about 60 hours. I have used the stock 4core Silver Plated Monocrystalline Copper cable togheter with the semi-transparent silicone ear tips that are included inside the box of the S12 Pro. My main sources are the FiiO M11 Plus, Shanling UP4 2022 and iFi Audio Gryphon. 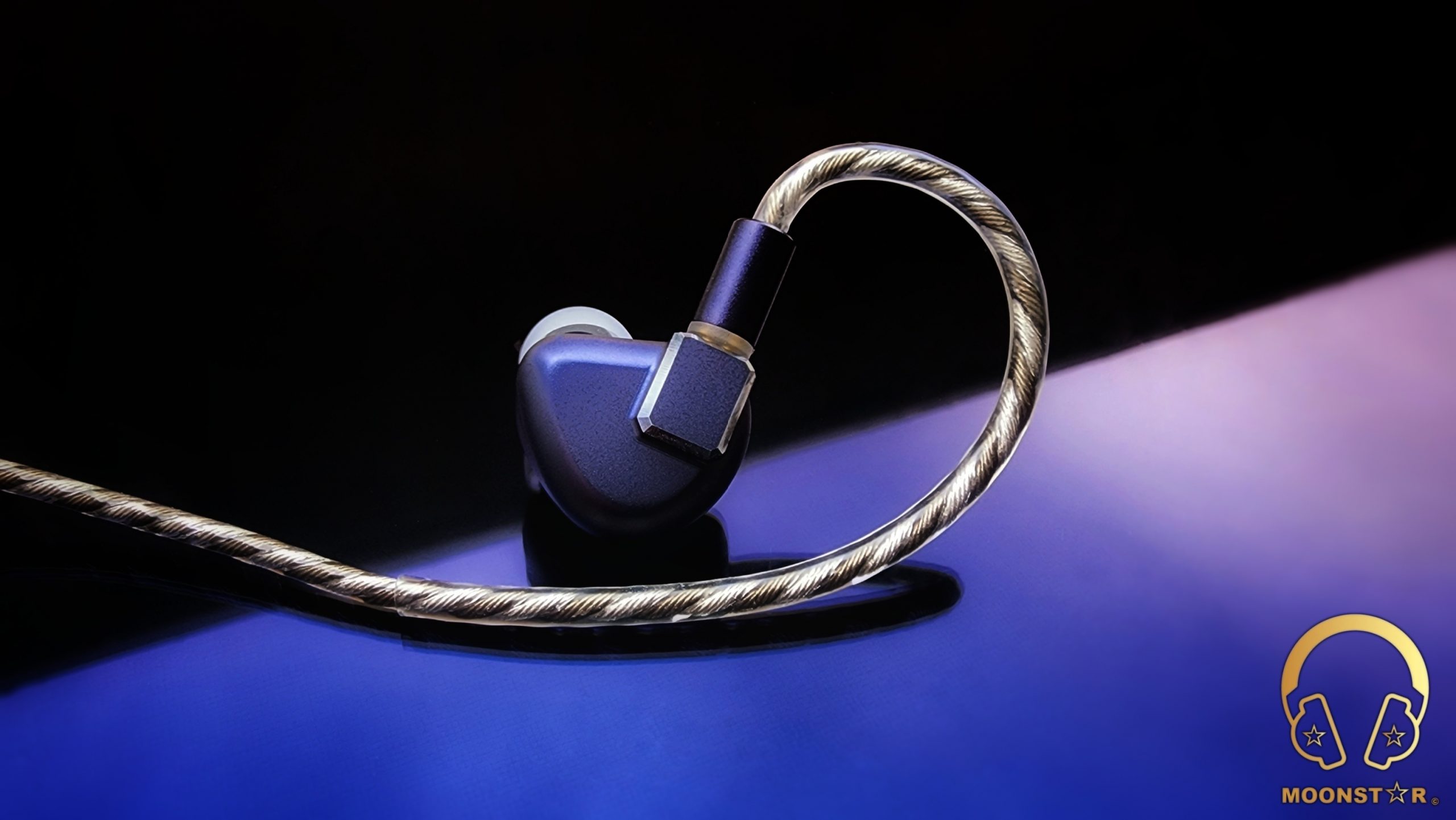 The LetShuoer S12 Pro is powered by a 14.8mm large Planar Magnetic driver unit that is able to produce a decent grade of subbass depth & extension, and a midbass that is pretty fast and impactful. The subbass region shows a good sense of depth and rumble while listen to songs like Bang La Decks “Zouka”, Lorde’s “Royals” and Massive Attack’s “Angel”. It continues the same clarity and decay that I enjoyed with the Original S12.

The midbass region of the LetShuoer S12 Pro stands out with its fast and impactful response that is able retrain a good level of clarity and resolution that was pretty audible in songs like Gogo Penguin’s “Murmuration” and “Raven” or Charly Antolini’s “Duwadjuwandadu” that do have some fairly complex passages. Instruments such like a bass guitar, drums or trumpets are repoduced with a good sese of body and musicality. Hre are no negative conditions such like a midbass hump, mudiidnes or mixxings thanks to the well adjusted Planar Magnetic driver. 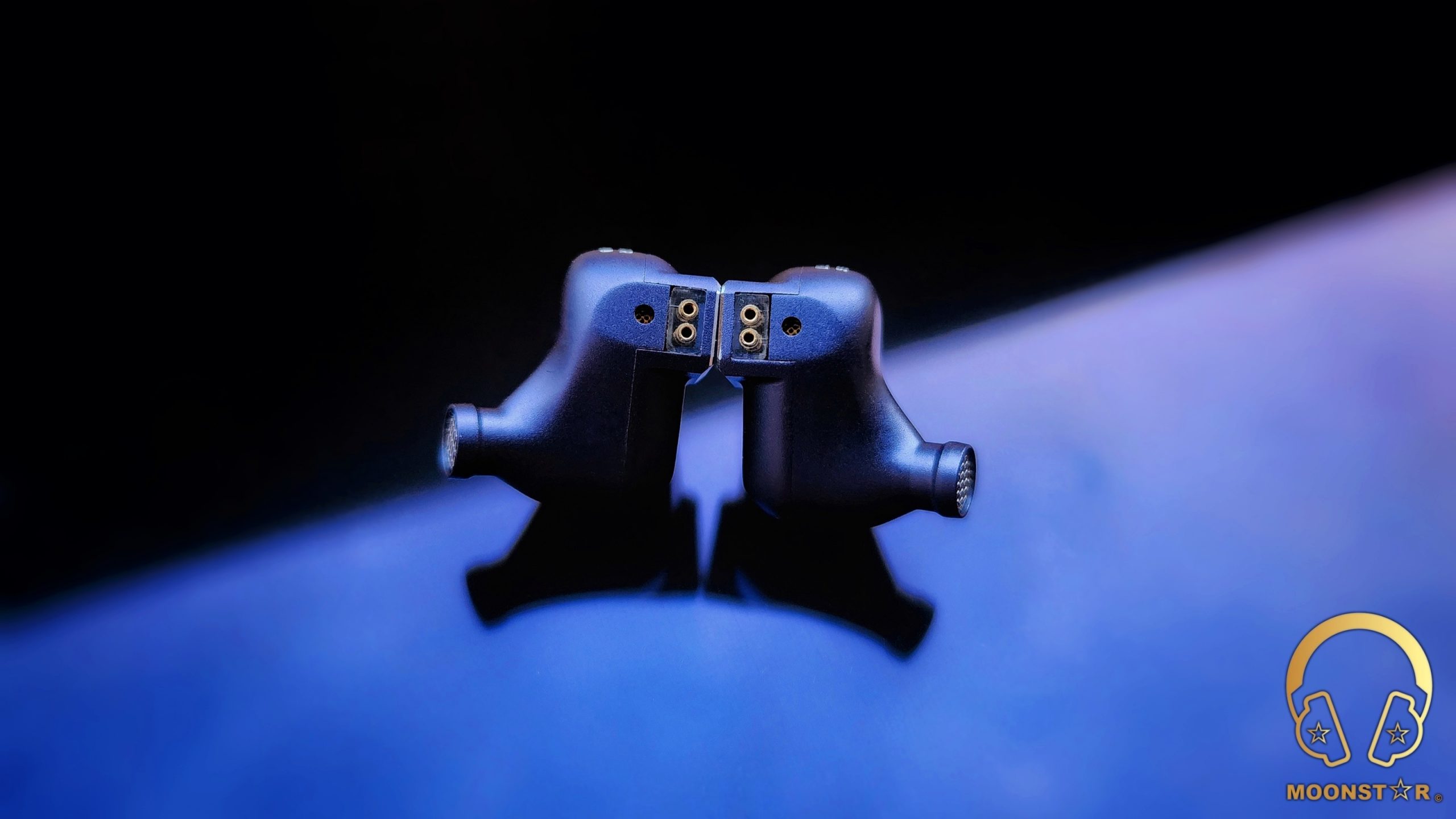 The midrange of the LetShuoer S12 Pro has a moderately warm tonality and is a tad smoother compared to the original S12, which seems to be a result of a fine adjustments in the upper midrange register. The level of clarity, airiness and detail retrieval is one of the highlights of the S12 Pro in the midrange area. The general midrange presentation can be described as pretty airy and transparent.

The LetShuoer S12 Pro has a lower midrange tuning that offers a good sense of depth and fullness, while listen to vocals or to instruments such like an acoustic guitar or viola. Moreover, it shows a good sense of clarity and resolution in this area, which shows how good the lows are handled by the Planar Magnetic Driver.

The upper midrange of the LetShuoer S12 Pro is pretty highlighted and dynamic, while it shows a slightly smoother overall response in this are compared to the original S12.Female voices and instruments such like side flutes, cellos or pianos do sound pretty lively, slightly saturated and detailed. The extension and authority of this area is on an excellent level and meets my expectations from an IEM at this price range. 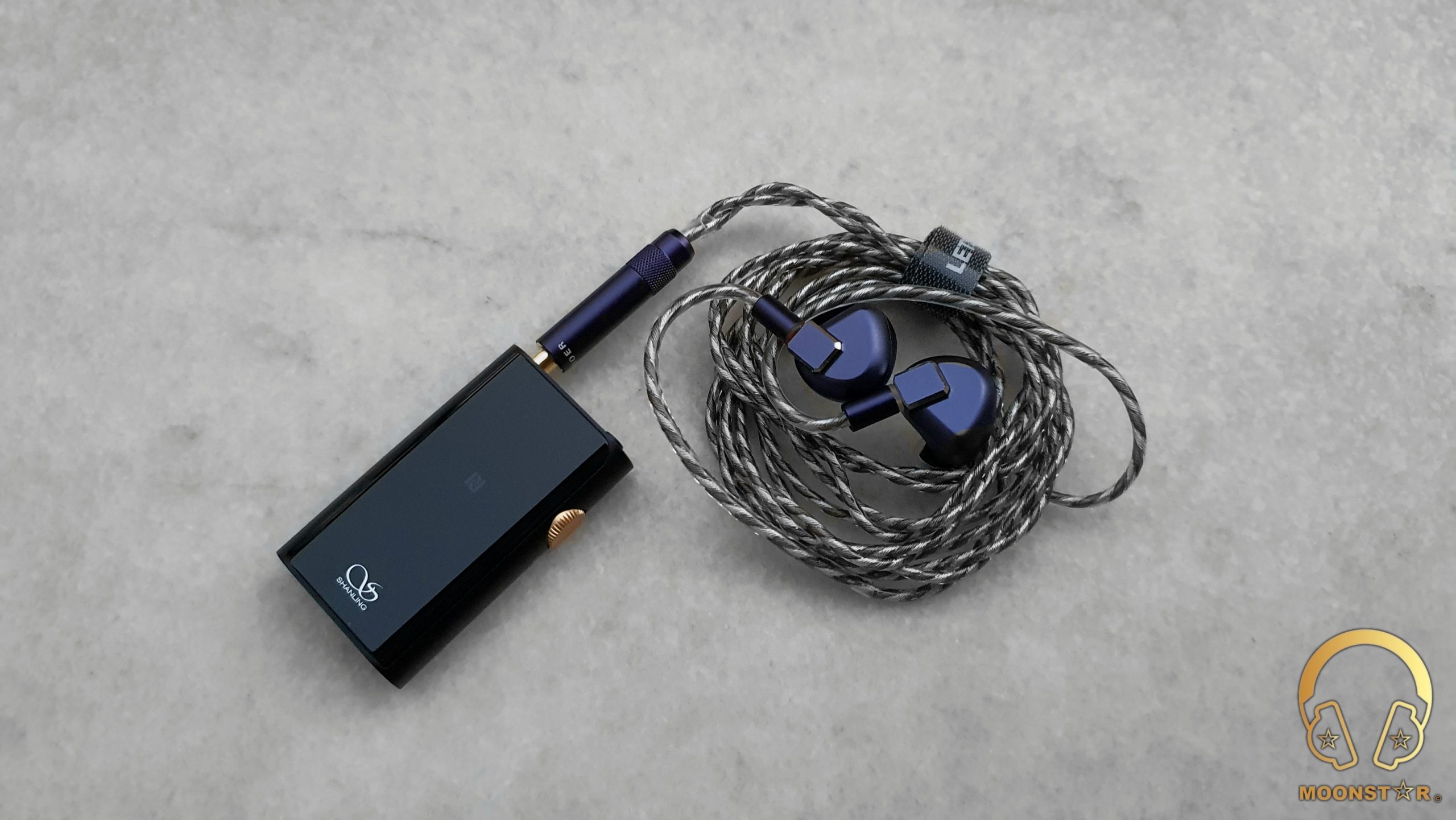 The LetShuoer S12 Pro has a nicely highlighted treble tuning that is shown with a decent sense of presence in the lower treble region, which is able to produce an efficient level of clarity and definition. The transitions from the upper midrange towards the lower treble region are relative smooth and controlled when I do listen to electro guitars or to soprano voices.

The upper treble area on the other hand shows efficient level of brilliance that is produced around the 7 kHz region. The upper treble region of the LetShuoer S12 Pro is able to create fine sense of airiness and sparkle that is needed for a spacious atmosphere. Instruments such like cymbals, hi-hats and snare drums are shown with an adequate grade of extension, authority and resolution.

When it comes to the soundstage of the LetShuoer S12 Pro, I can say that it offers an adequate performance in terms of separation, layering and placement of instruments and vocals. The soundstage of the S12 Pro has a pretty spacious and airy atmosphere with good sense of wideness and moderate level of depth and height.

The S12 and S12 Pro are twins with minor changes that are audible in the upper midrange and treble area. The S12 Pro has a slightly warmer tonality compared to the original S12 that should be a result of the particularly tamed treble register.

The bass of the S12 Pro sounds just a tad fuller and especially in the midbass area. Both are pretty identical in terms of speed, layering and resolution. Instruments such like bass guitar, drums and cellos have a bit more weight and warmth compared to the original S12.

The lower treble range of the original S12 sounds a tad more brightness and dynamism, compared to the S12 Pro version, which is a bit softer and forgiving in this area. Both are pretty equal in terms of upper treble extension and resolution, while the S12 Pro has the slightly edge in terms of authority when I listen to soprano voices or to instruments such like ride or crash cymbals.

Both IEM’s do offer a pretty similar soundstage atmosphere. Both the depth and the wideness of the stage are quite identical, since I couldn’t hear any remarkable difference. 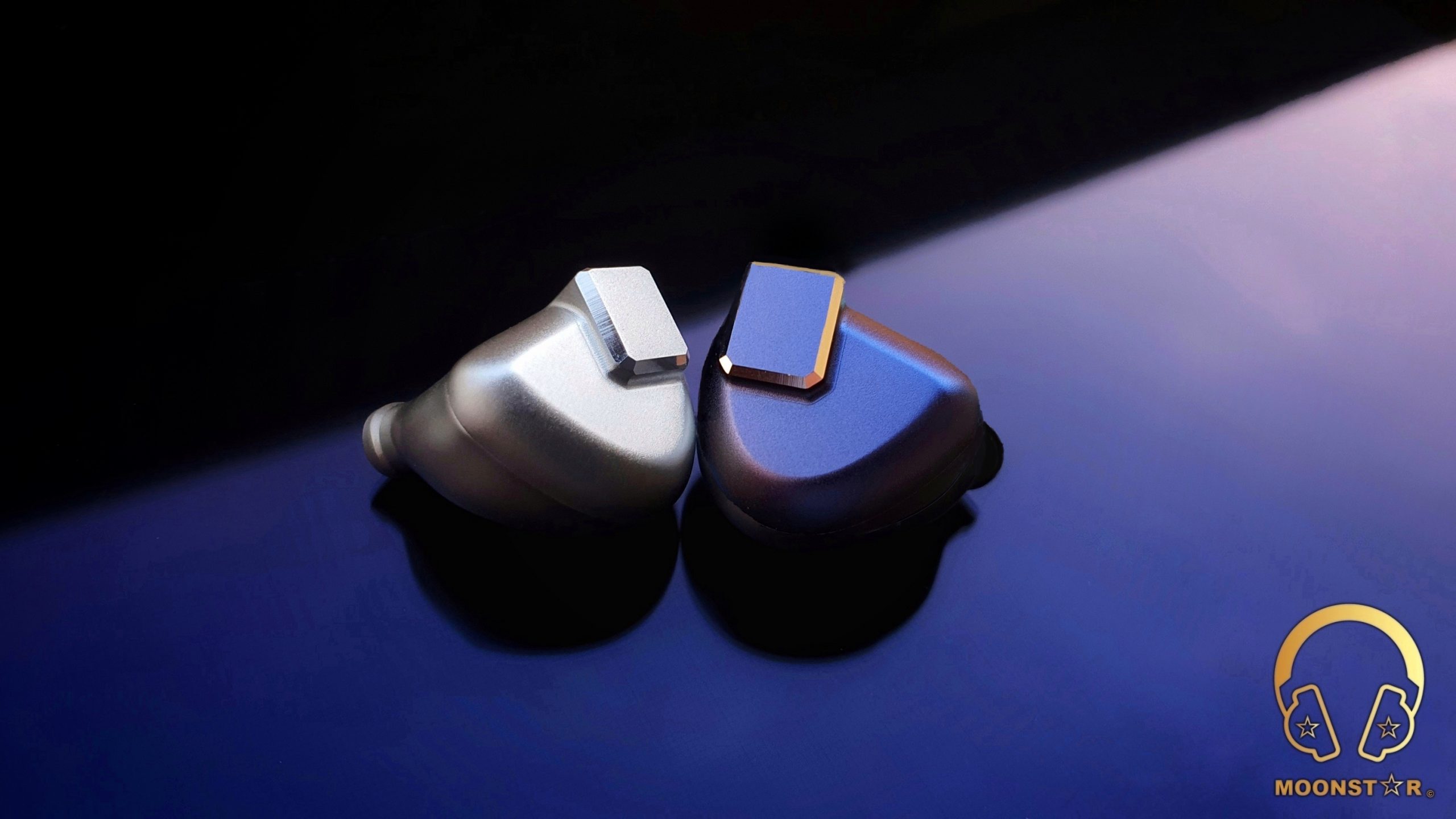 The S12 Pro is LetShuoer’s 6th Anniversary Deluxe Edition of the original S12 that was that was a big success for the company. It comes with the same ergonomic monitor shell, but this time in a nice looking “Space Blue” color and features the same 14.8mm large Planar Magnetic Driver that was found inside the OG S12. Moreover, the S12 Pro Edition offers some minor tweaks that are concentrated in the upper midrange and lower treble area in order to create a smoother and matured overall presentation in this area. The new cable with swappable headphone plugs is a nice addition, which makes the S12 Pro compatible with a wider range of sources.