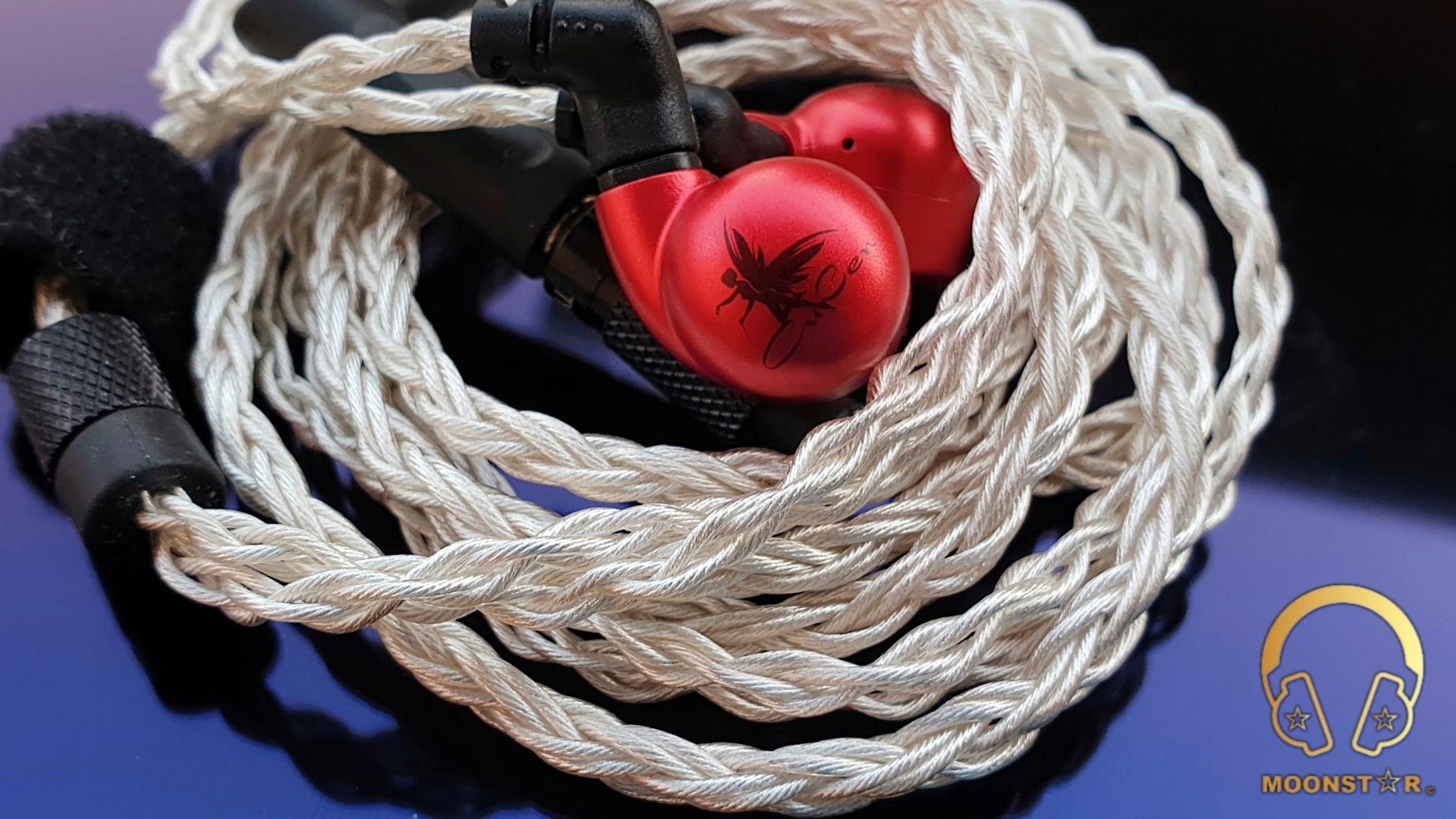 Little Dot was founded in April 2006 by Mr. Yu Quan Yang. Little Dot has developed many popular products like Amplifiers, DAC’s, CD Players and many more and have many loyal users around the world.

The Little Dot CU CEN is a Hybrid In-Era Monitor with a 1 + 1 diver configuration. Each monitor features 1 x Dynamic Driver with 8mm Diameter Encapsulation Coaxial Diaphragm + 1 x Custom Made Balanced Armature Driver. CEN (ᚳ) is a letter of runic alphabet, present in the Anglo-Saxon Fuporc, and it associated with a torch in the Anglo-Saxon rune-poem. CEN lit up the darkness at Little Dot when we they were in the chaotic phase.

I would like to thank Little Dot for providing me the CU CEN sample for review purposes. I am not affiliated with Little Dot beyond this review and these words reflect my true and unaltered opinions about the product.

The actual price for the Little Dot CU CEN is around 529,99 USD and can be purchased under the link below; 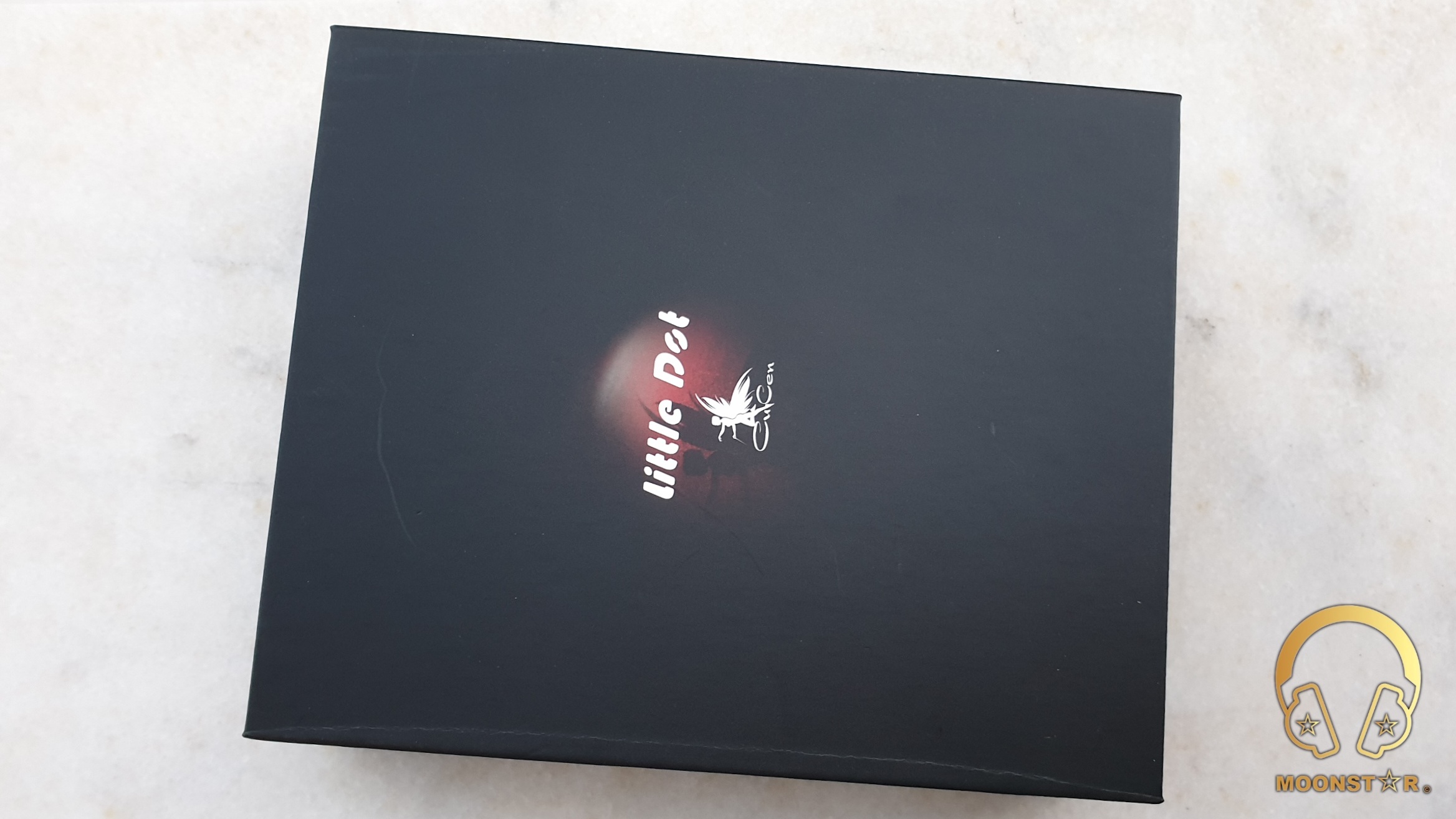 This box does include the following items: 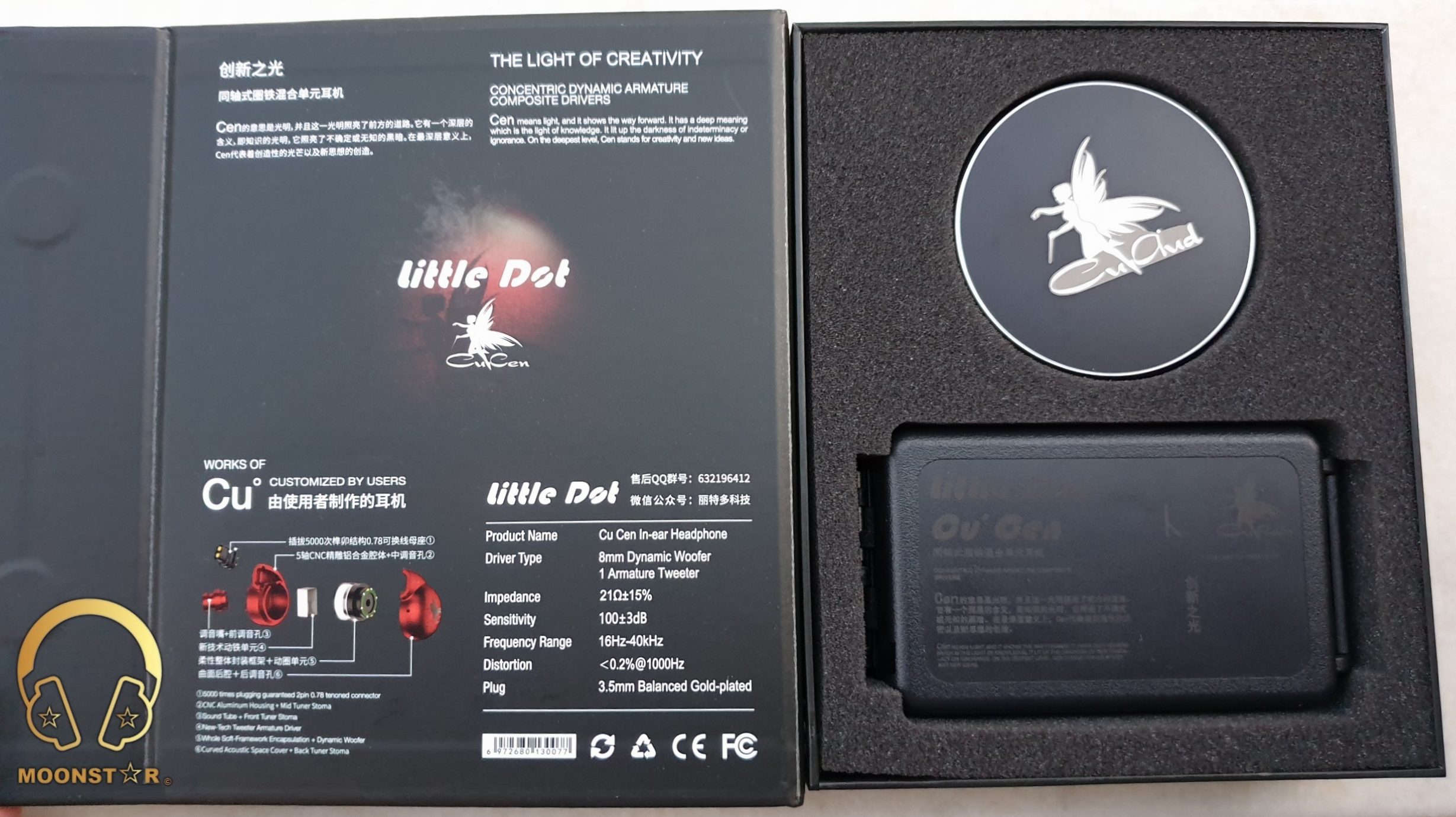 The box is including 6 pairs of Silicone Ear Tips and 3 pairs of Foam Ear Tips which are stored in small pouches in black color. 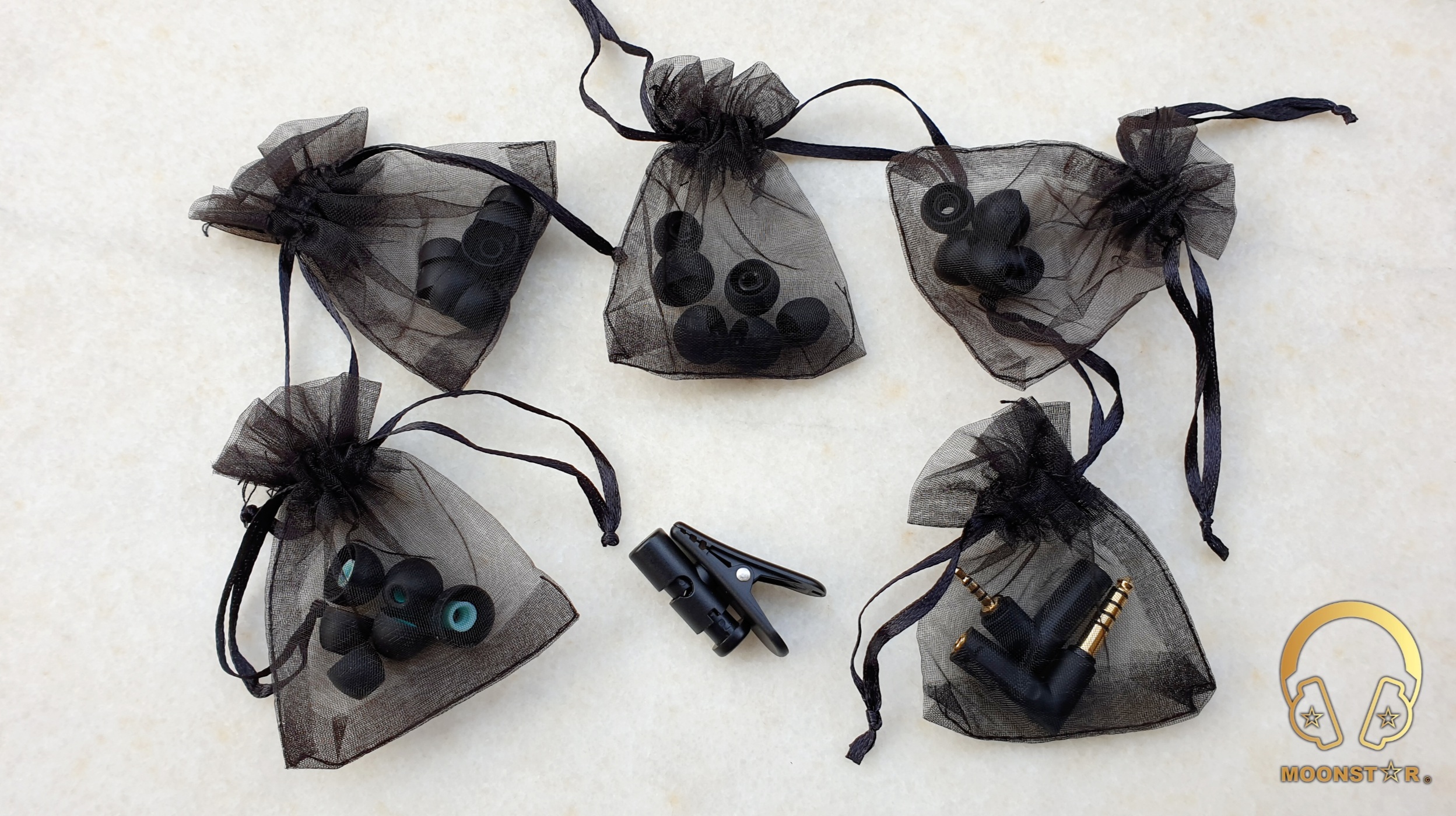 The package of the CU CEN does include 3 types of L angled headphone adaptors which are the 3.5mm Balanced to 3.5mm Single Ended, 2.5mm Balanced and 4.4mm Balanced adaptors. 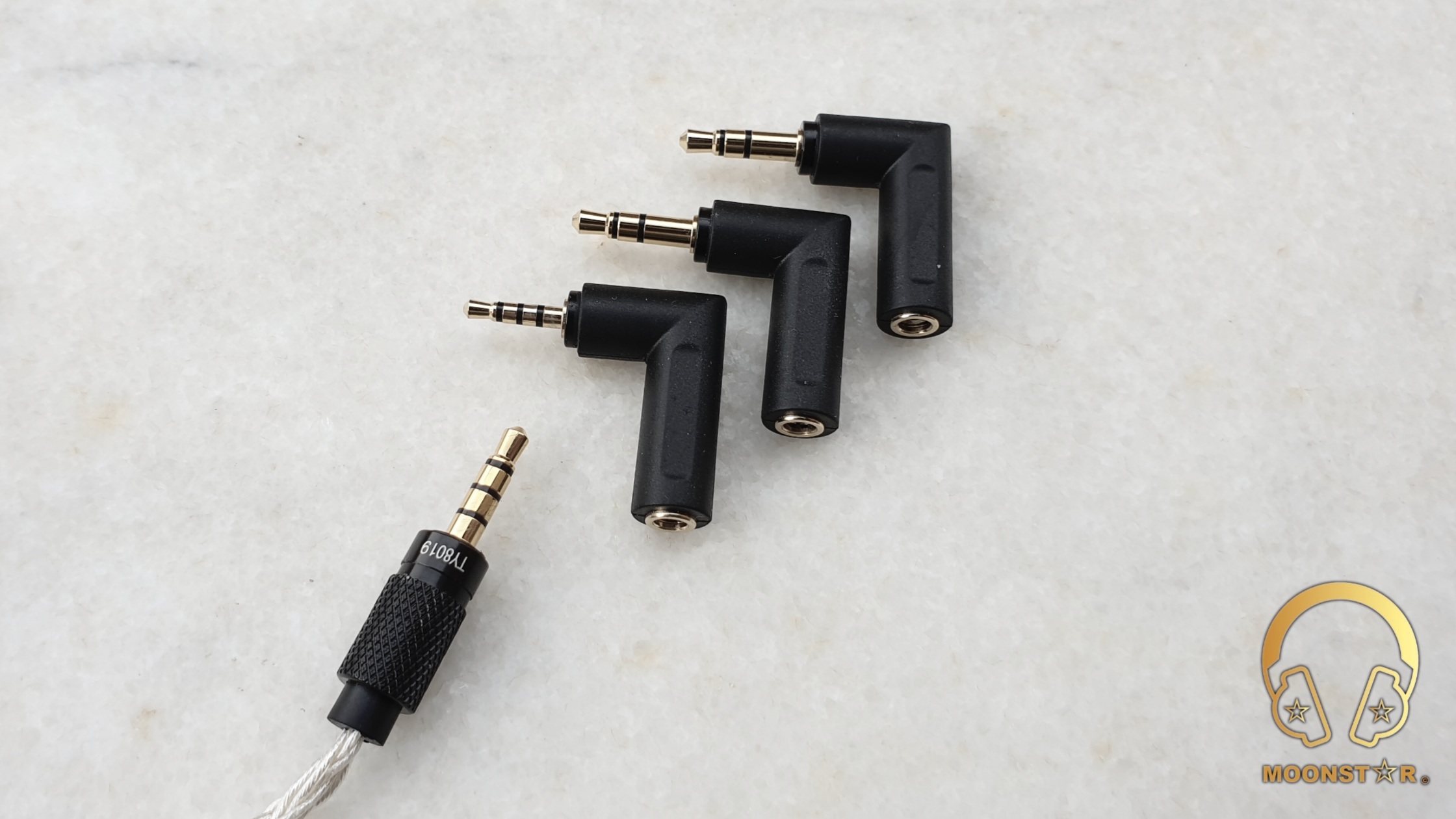 The circular shaped storage case is made of plastic material and has the product logo that is a Fairy on the top. 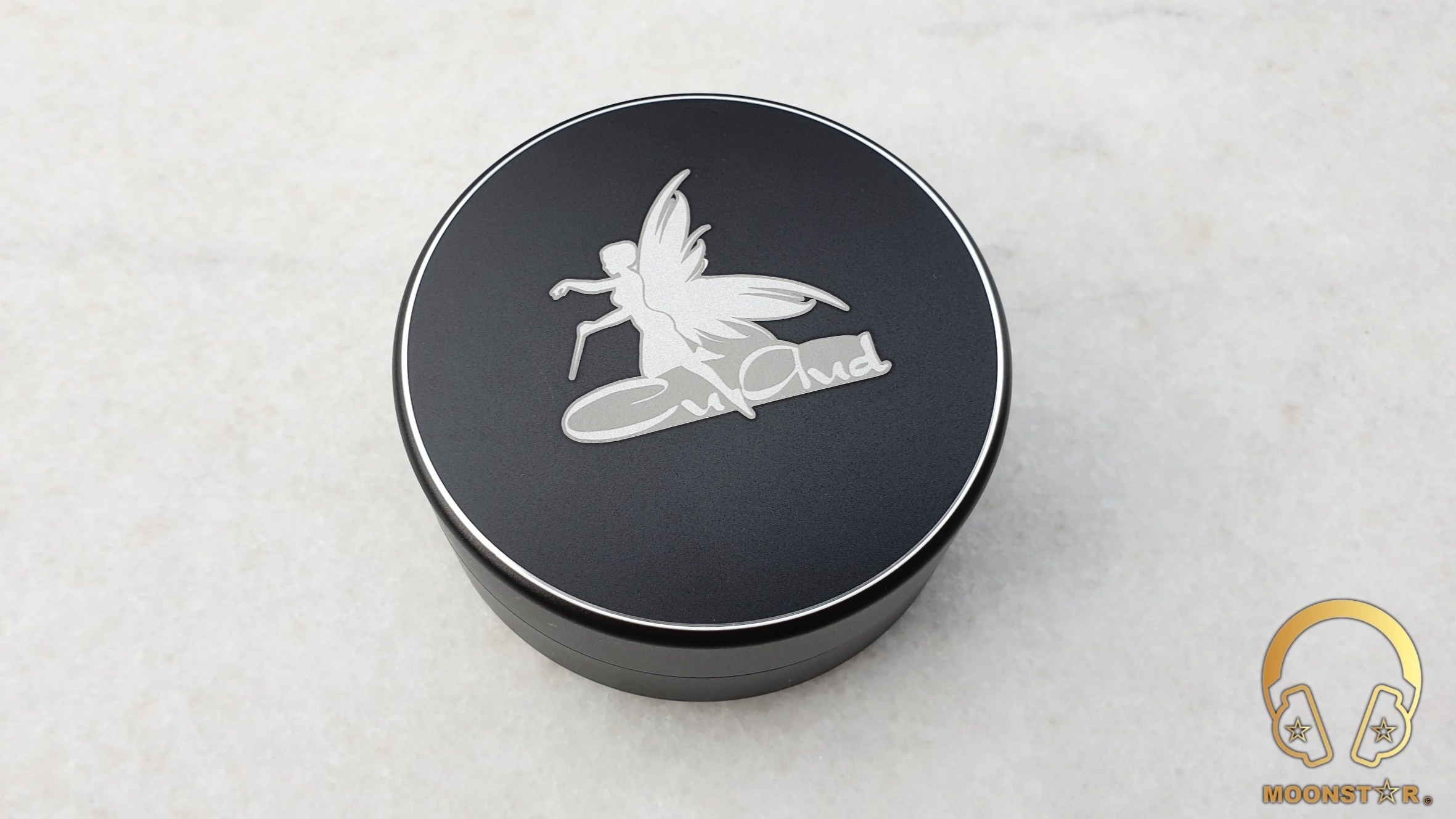 The rectangular storage case is also made of plastic material and has some brandings and product specific details on the top. 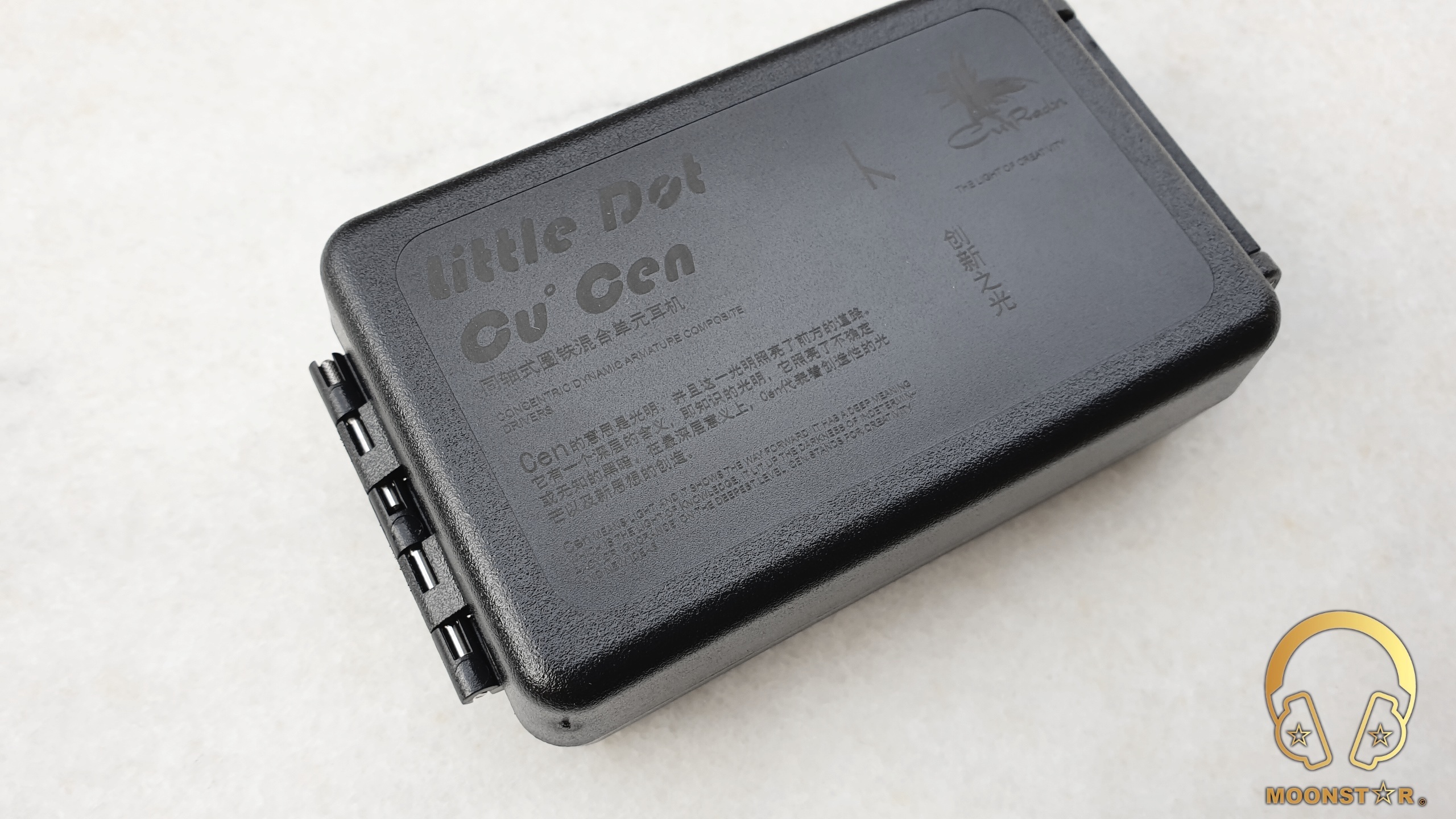 The Little Dot CU CEN is a hybrid Universal IEM with a pretty small and comfortable to wear monitor shape that is made of aviation-grade aluminum material with an anodic oxidation surface that has a finish in red color. 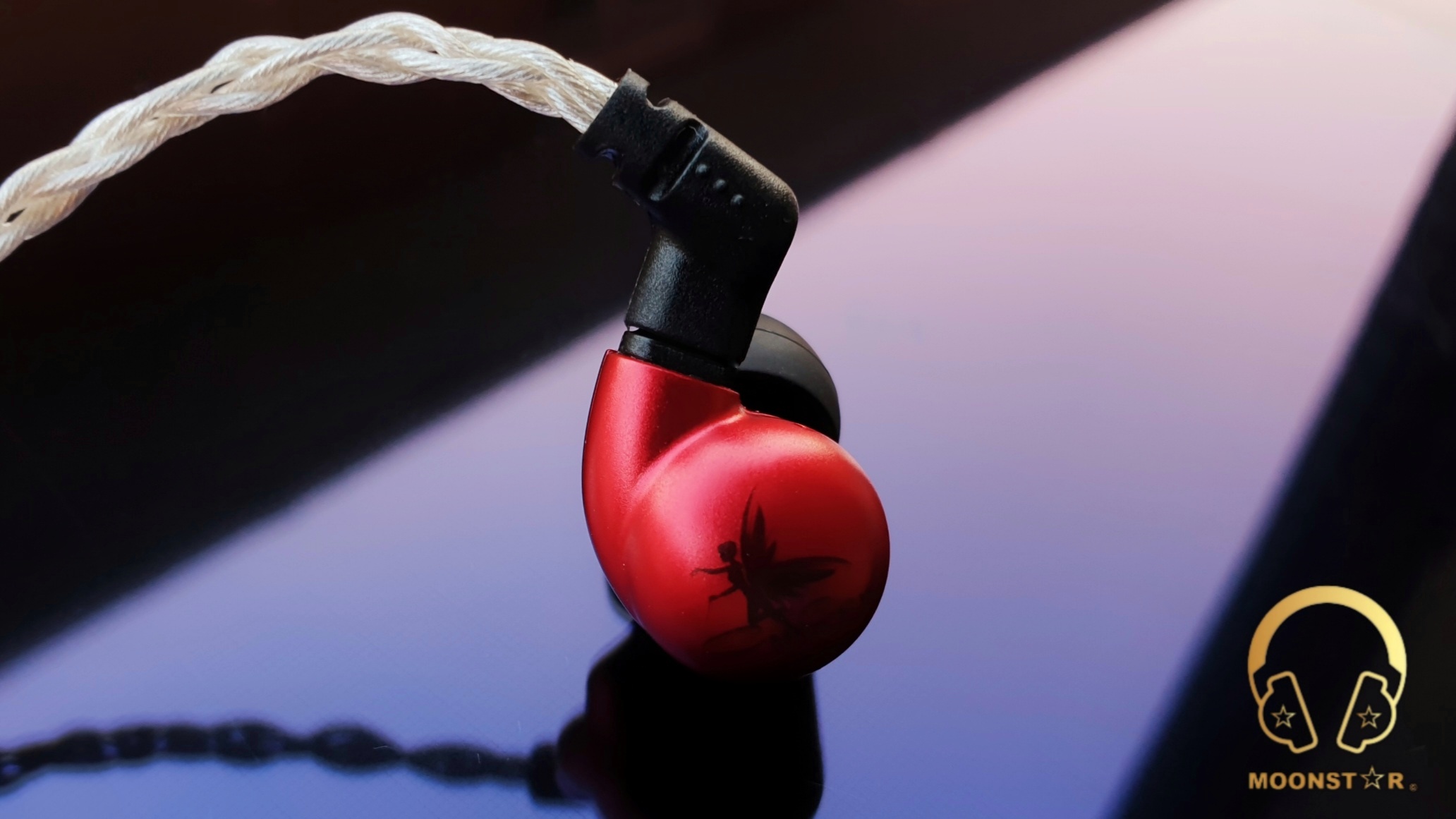 The CU CEN features a so-called soft-frame encapsulation design that makes the diaphragm and armature as one coaxial unit, which is according to Little Dot the best method to eliminate vibrations and diminishes the interference. 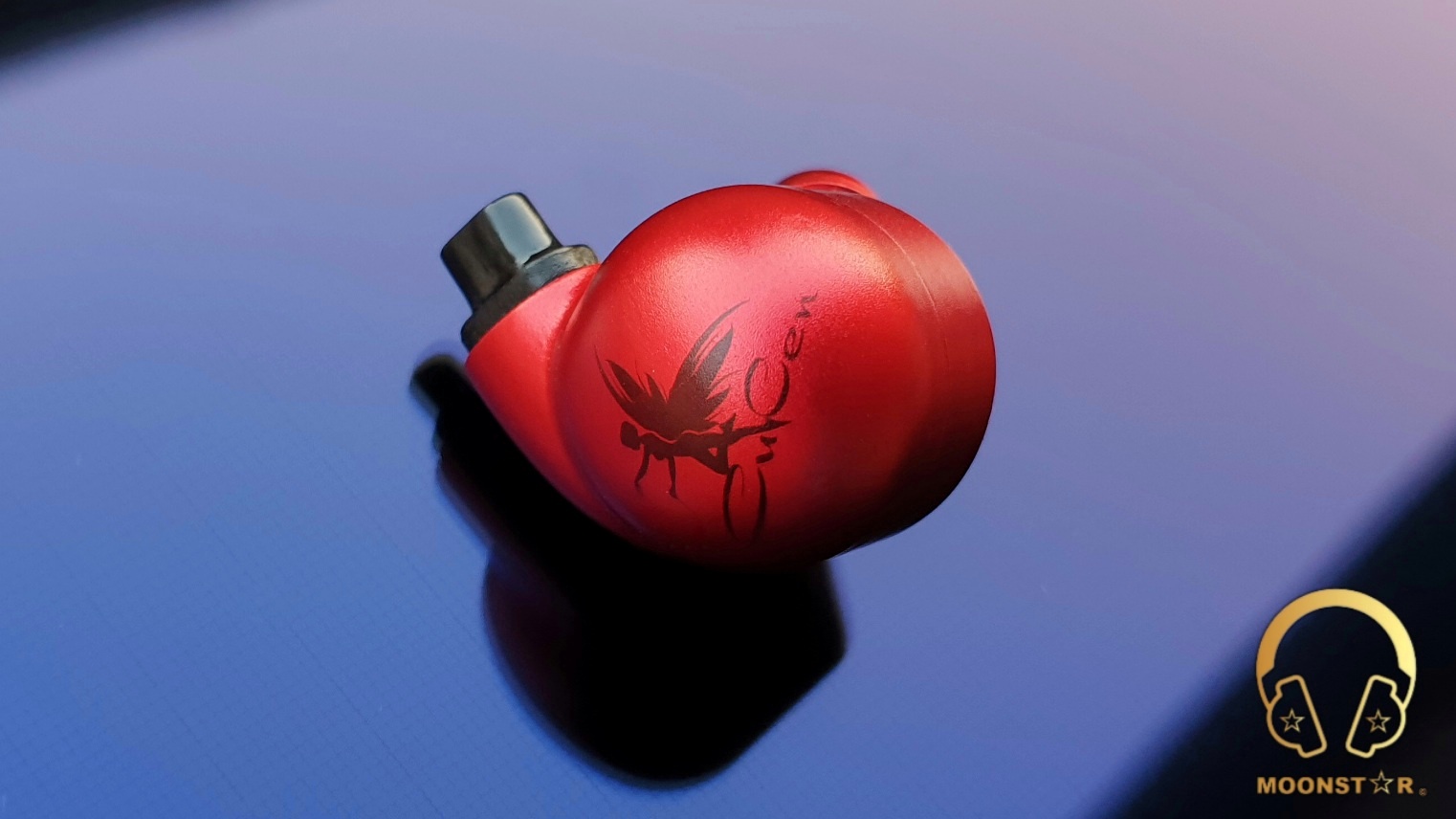 The monitor shell is a combination of three (3) main parts, which are the front part, the rear part and the sound nozzle. 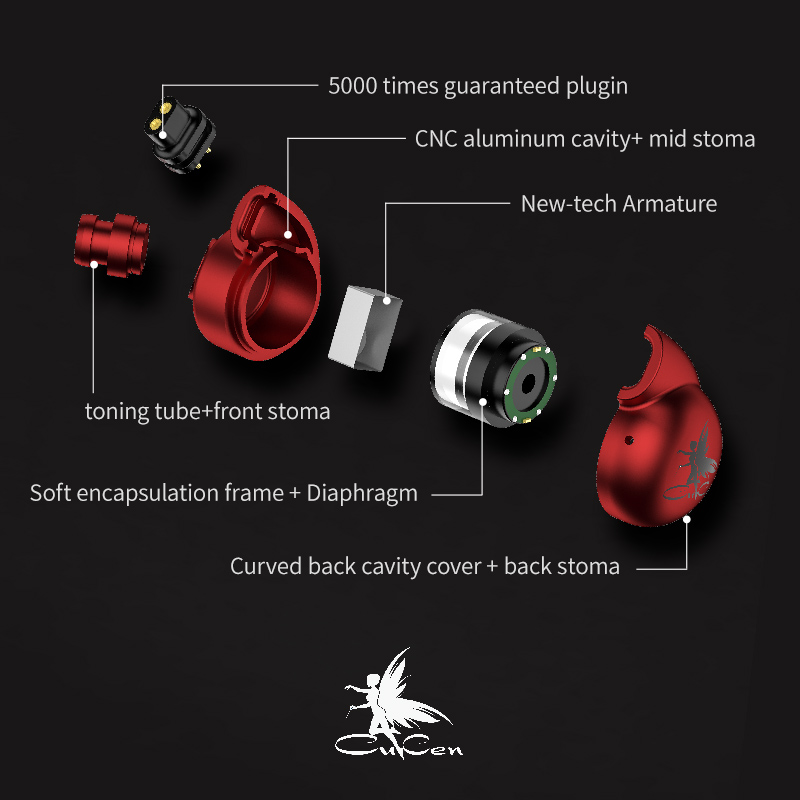 The surface of the front (faceplate) part features the Little Dot CU CEN logo that is a fairy in black color. Here is also a vent on the top near the 2-Pin female connector. 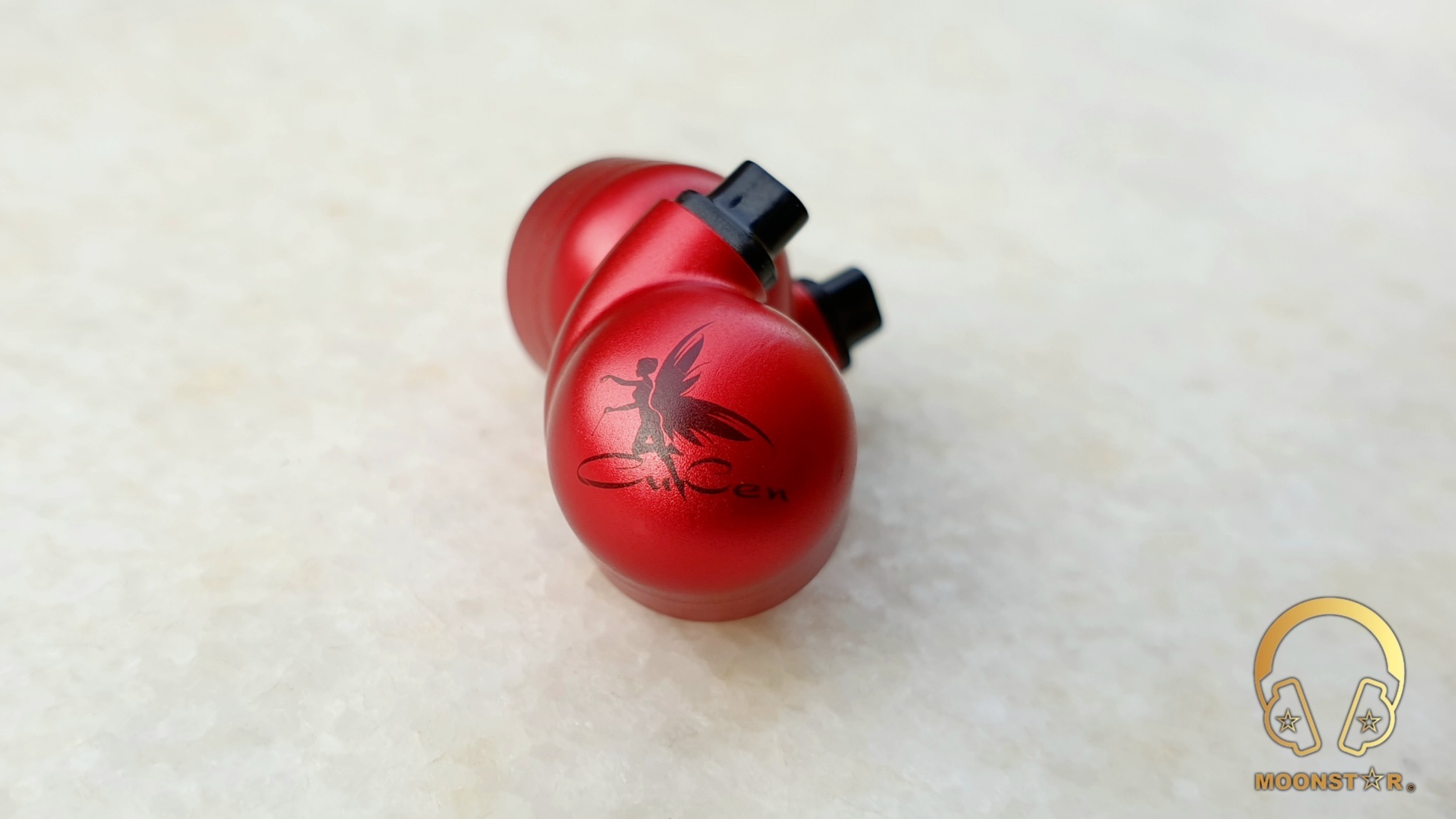 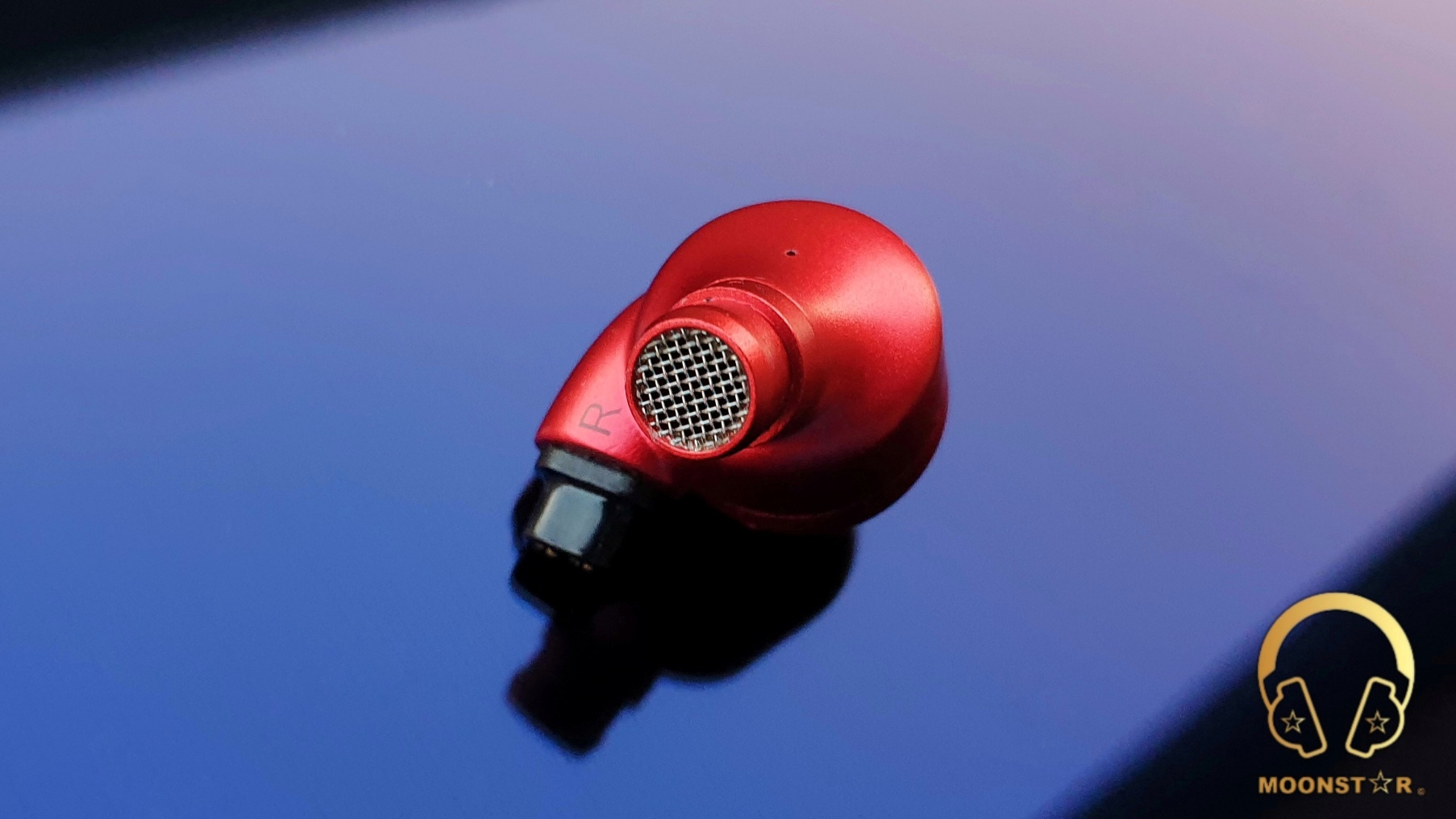 On the top of the sound nozzle is a fine metal mesh to prevent the insertion of small particles such like dust, earwax, etc. 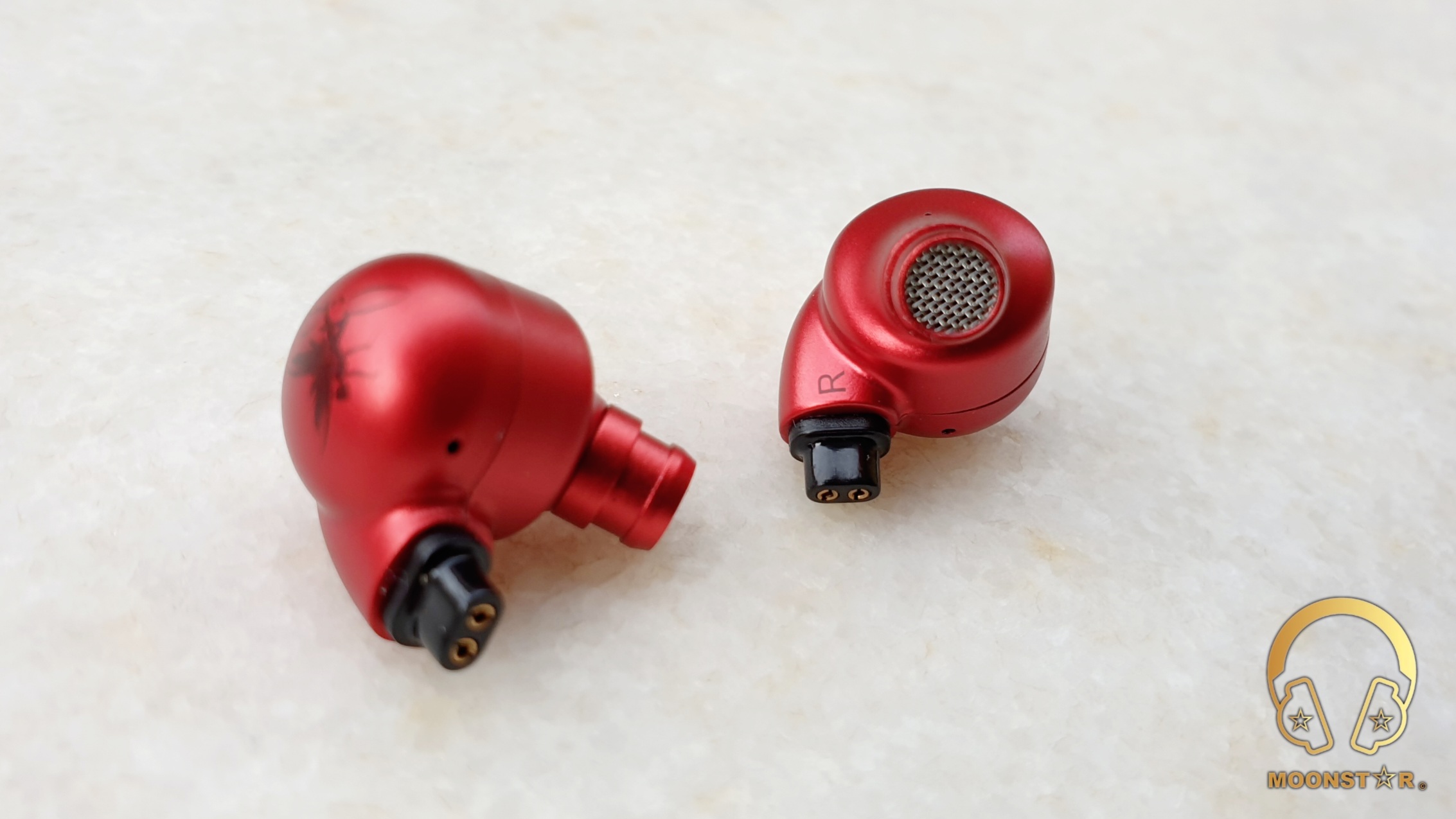 On the top of the monitor shell the 0.78mm diameter 2-Pin female connector for the insertion of CIEM type male connectors. Little Dot guaranties that the plugin should last for at least 5000 insertions. 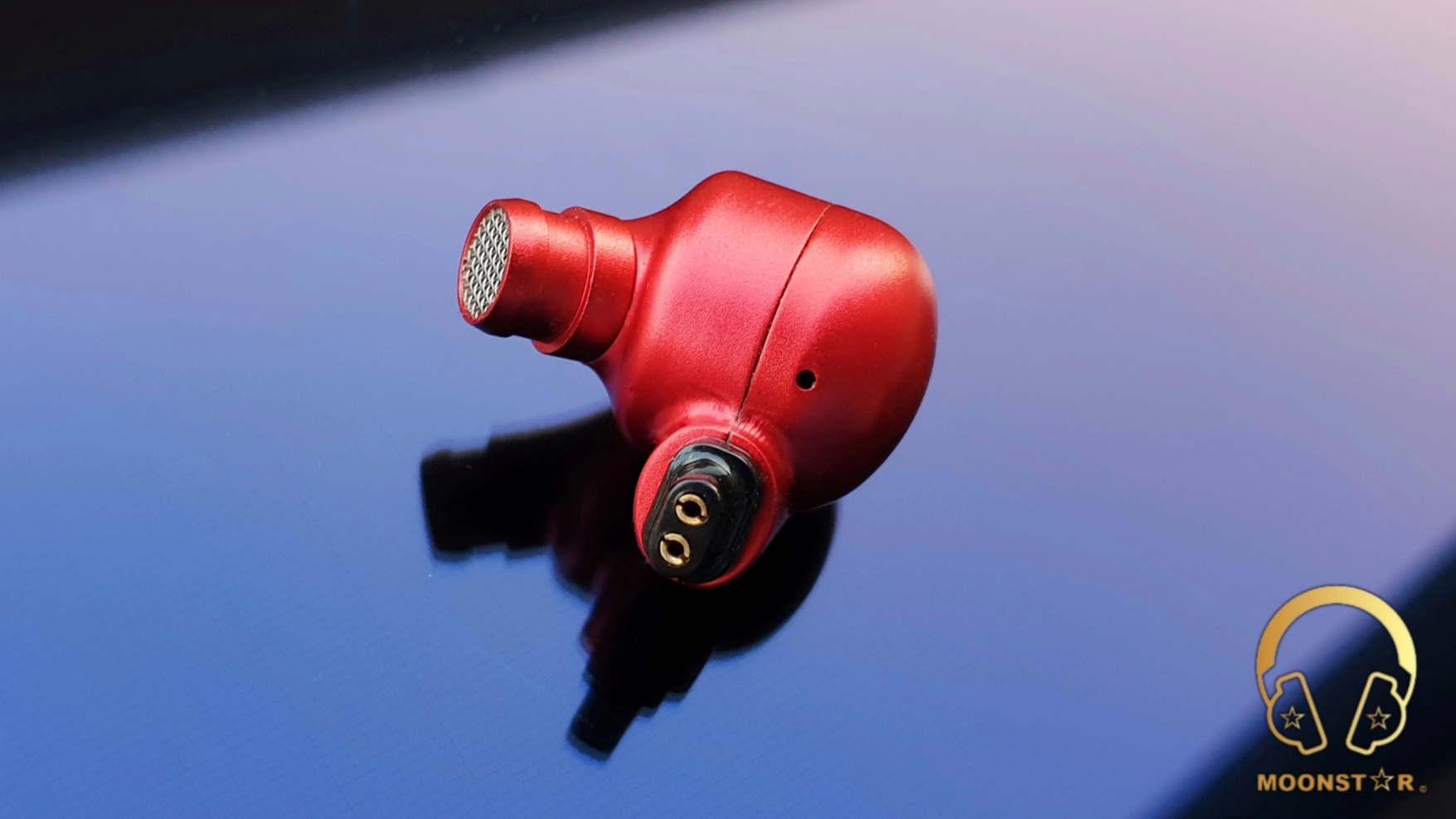 The detachable cable that comes with the CU CEN is made of purity N6 copper wire material with an 8-core braided design that comes with a pretty soft and flexible insulation that offers a very low amount of microphonic effects. 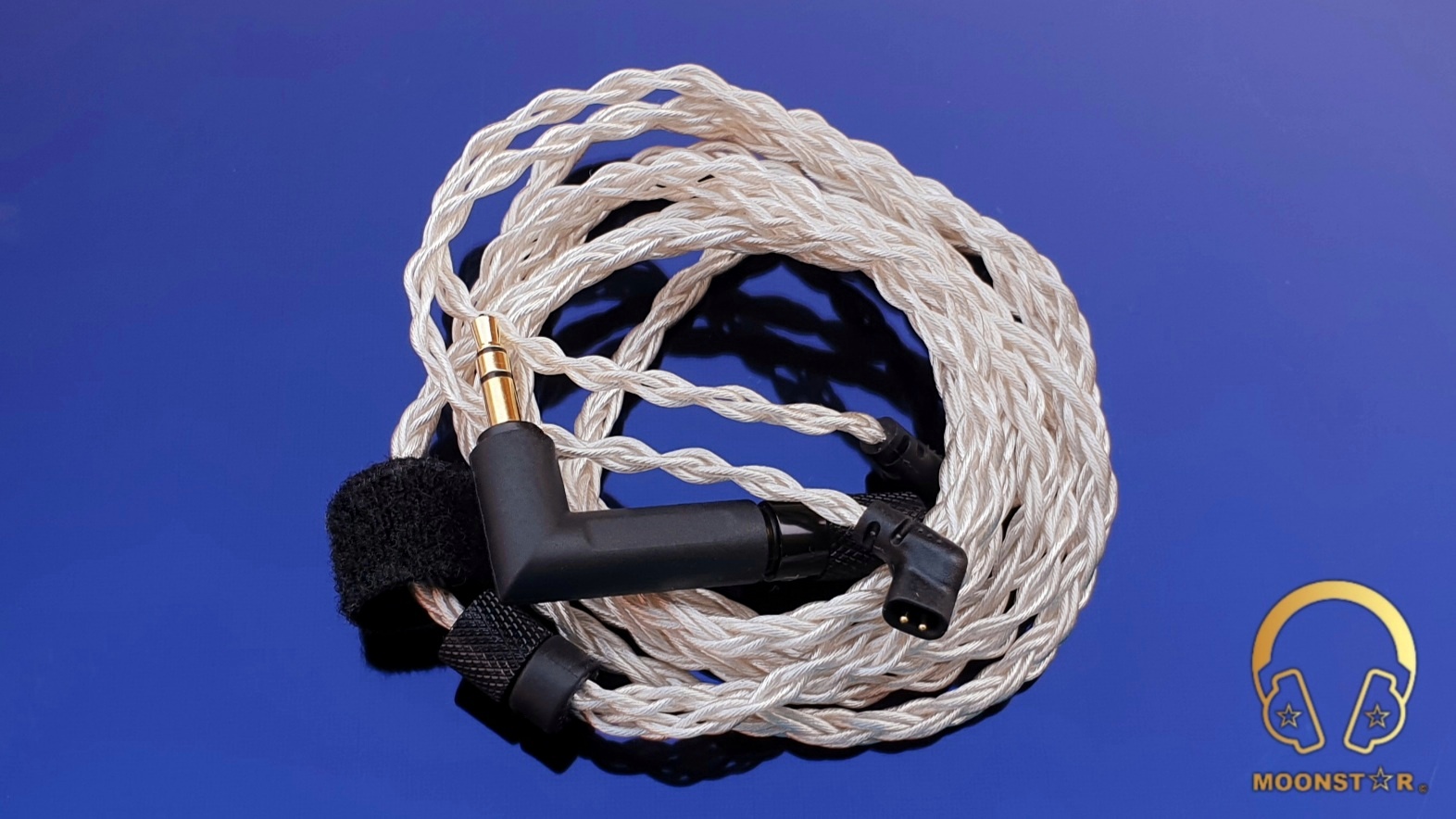 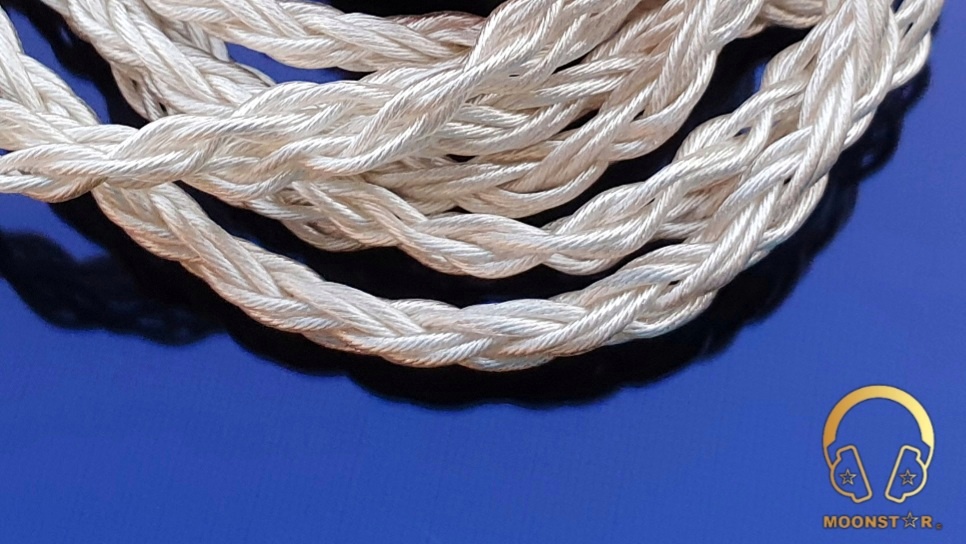 The 0.78mm diameter 2-Pin male connectors do have a plastic housing in black color with a short strain relief for extra protection. 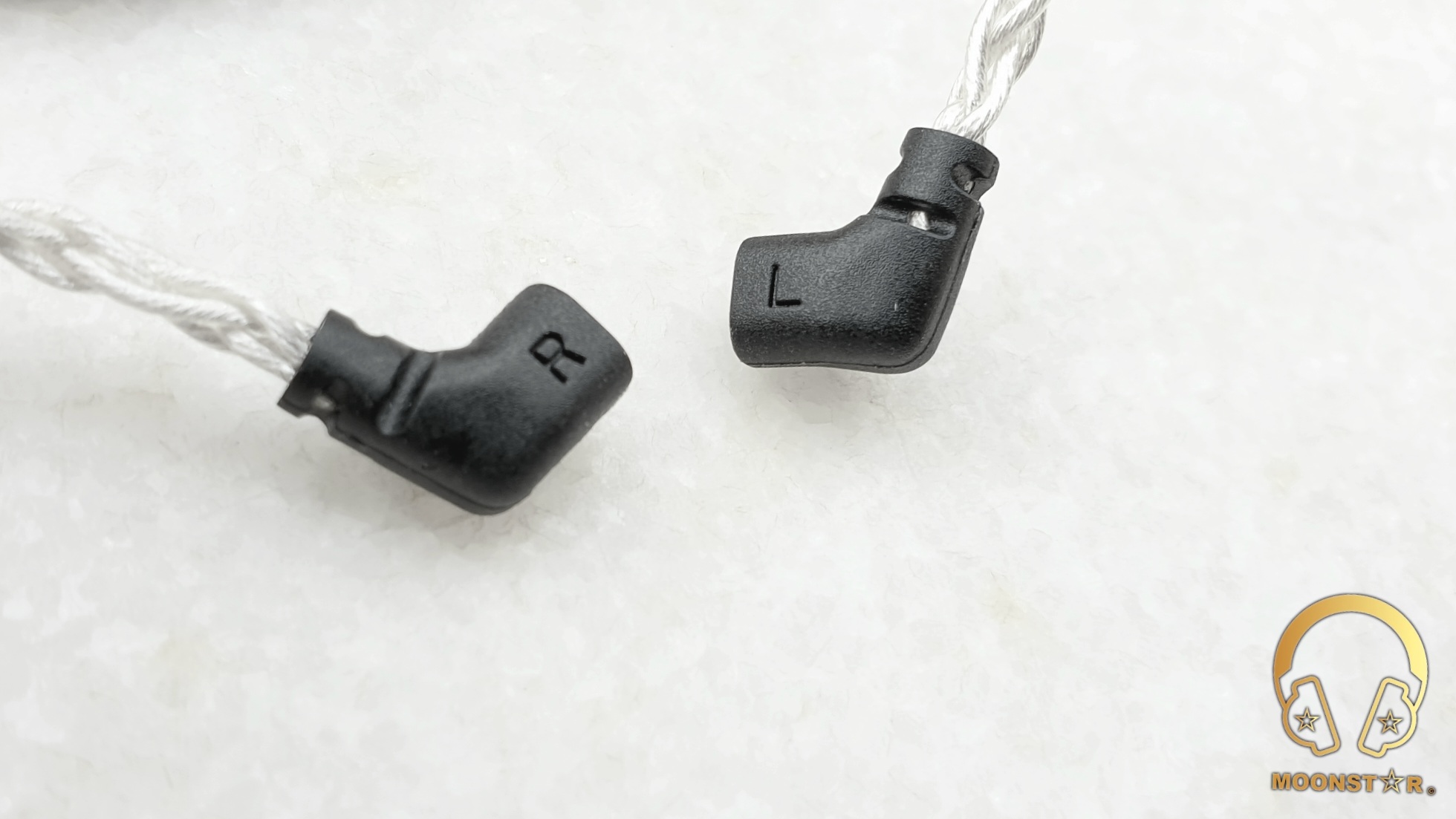 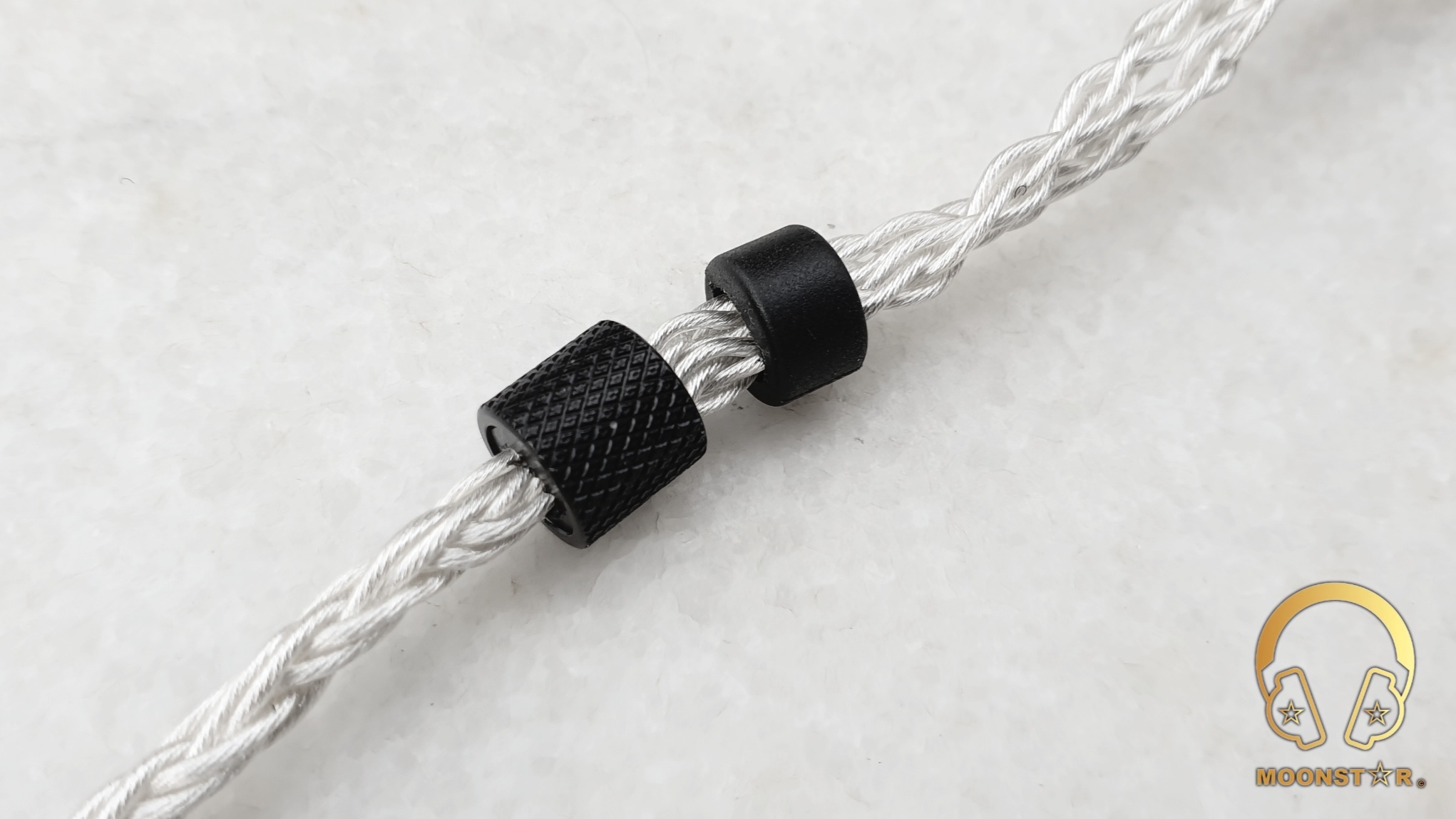 The cable comes with a 3.5mm TRRS balanced headphone jack has a strait profiled metal housing in black color. 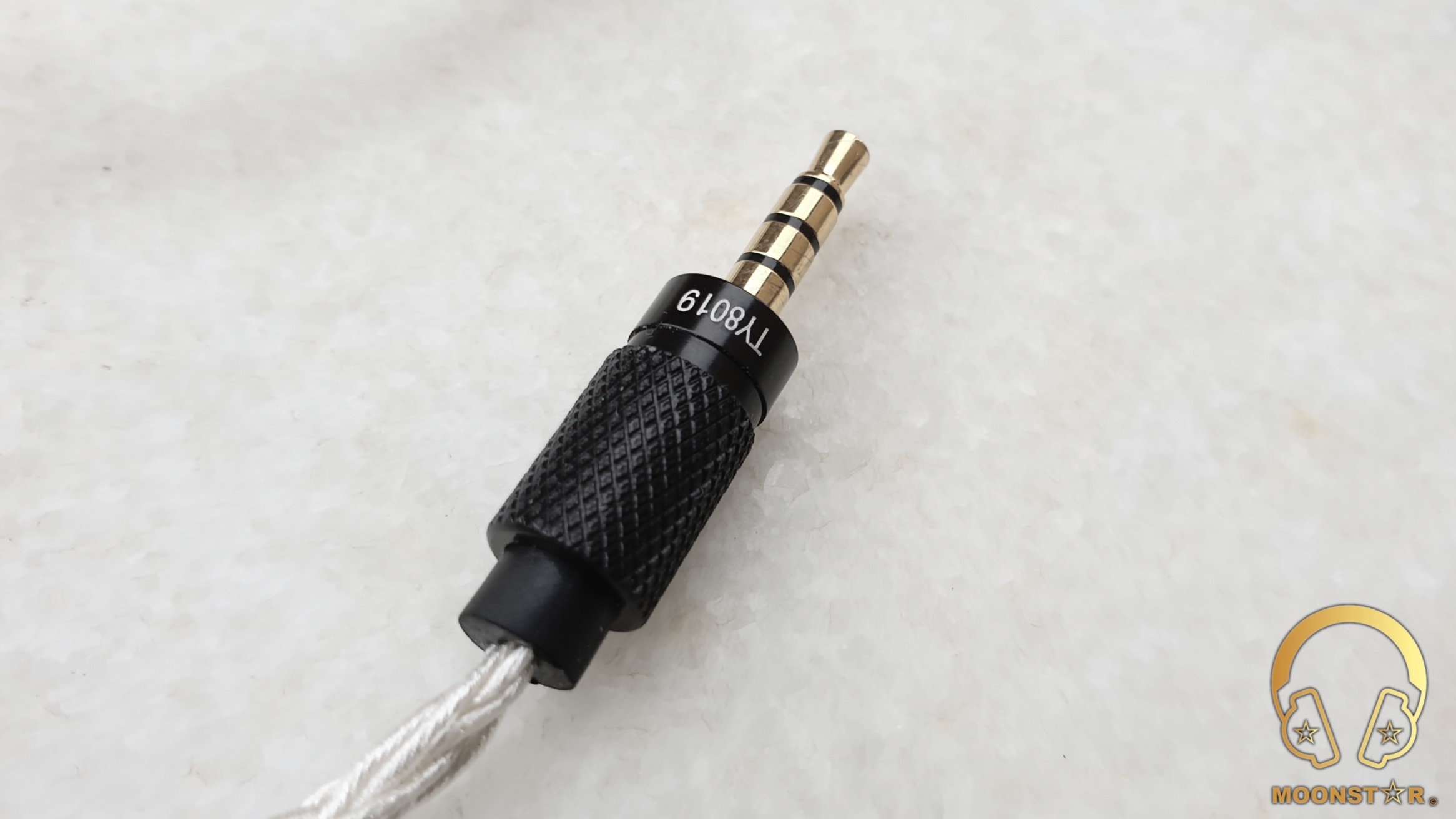 The 3.5mm Balanced Headphone plug can be converted in to 3.5mm Single-ended, 2.5mm TRRS Balanced and 4.4mm TRRRS Pentaconn Balanced plugs thanks to the adaptors, which are included in the accessory package. 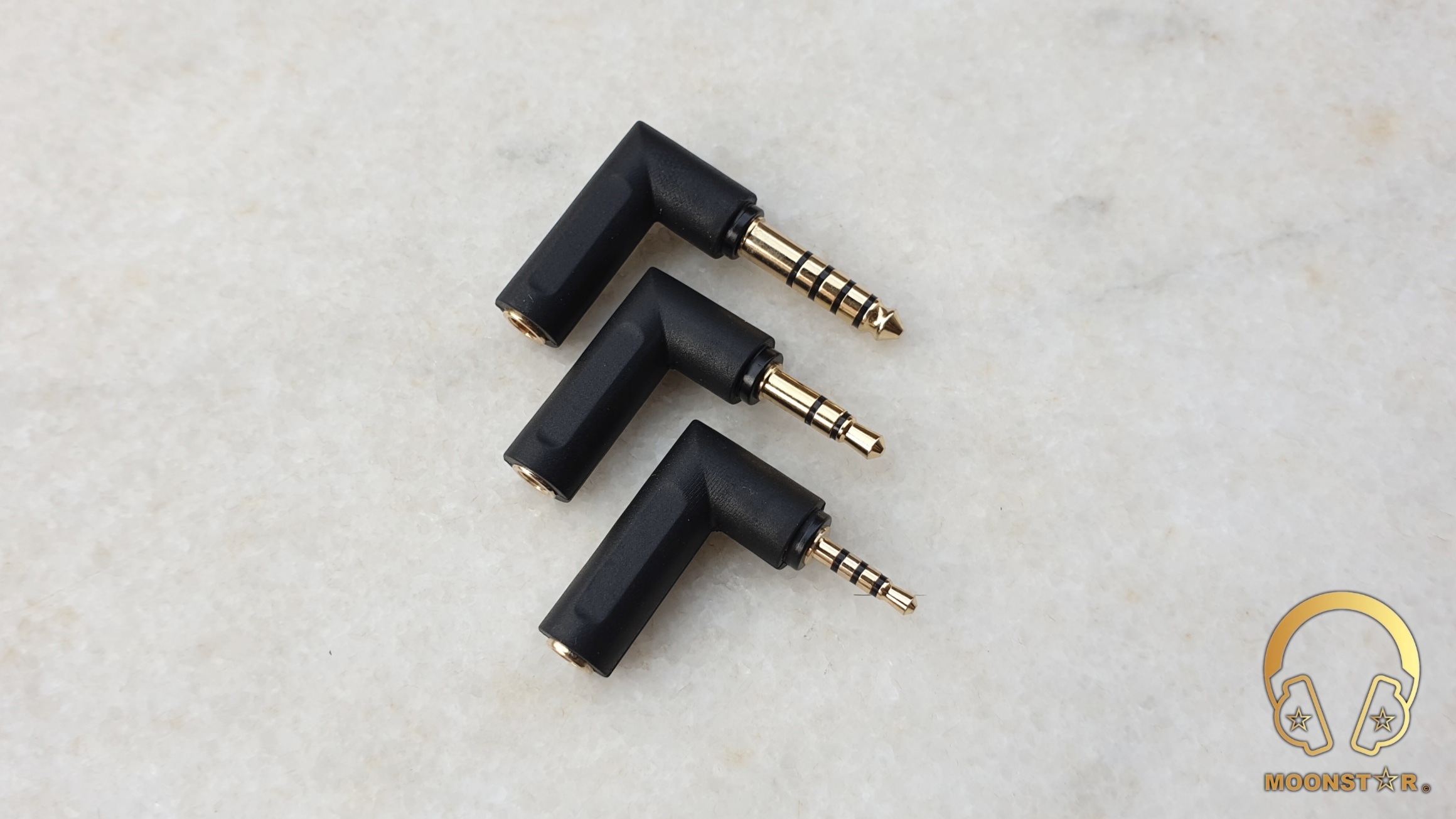 Both the monitors and the cable do offer a high quality workmanship. 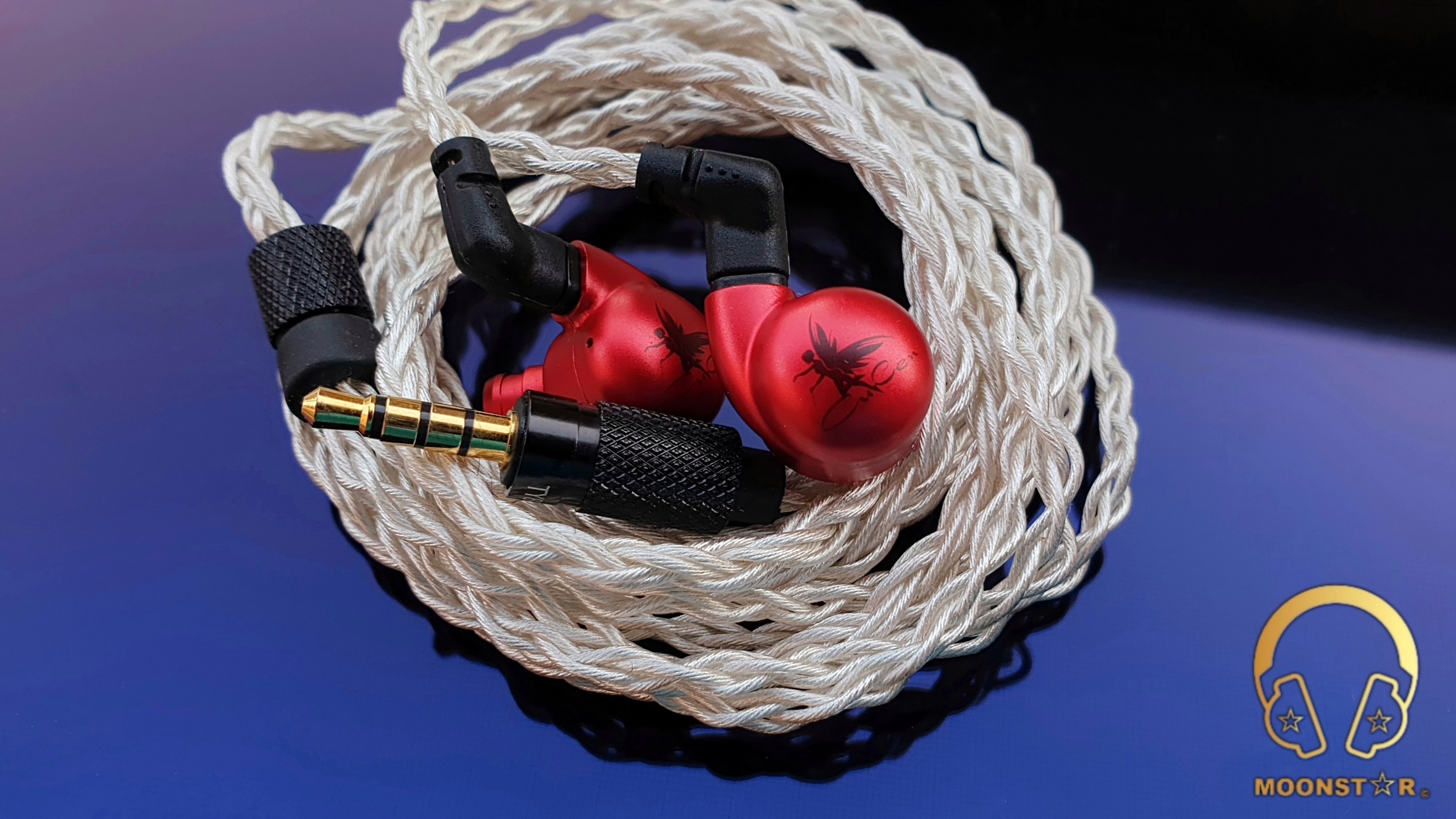 The Little Dot CU CEN offers a quite ergonomic wearing experience thanks to the relative small monitor shape, which makes it ideal for long listening periods at home and on the go. When it comes to the isolation, I can say that the CU CEN has an average performance. 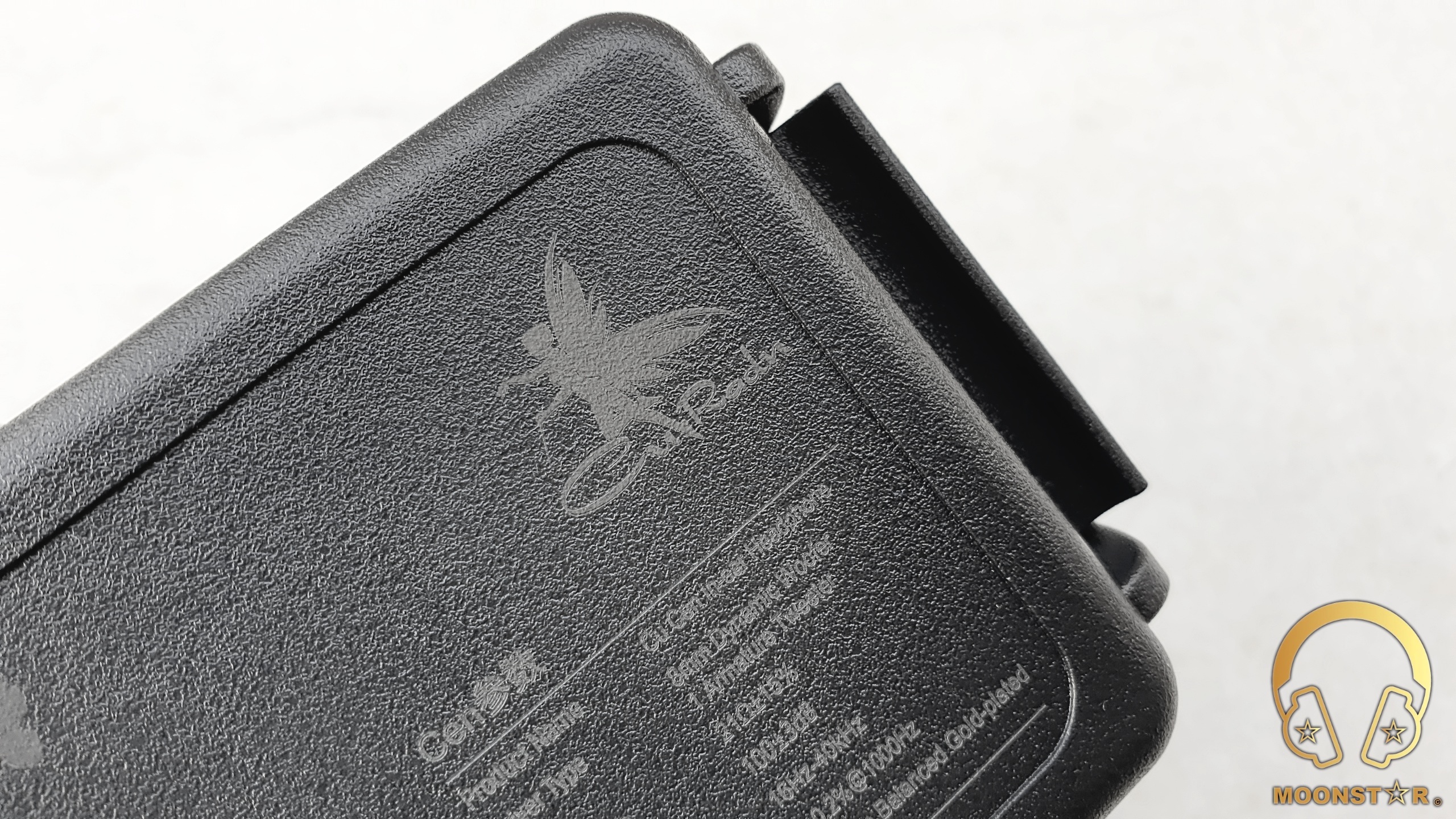 The Little Dot CU CEN has an impedance of 21 ohm and sensitivity of 100dB. It can be driven with relative weak sources like Smartphone’s, Tablets and smaller sized DAP’s, but shows its true potential if you pair it with more powerful sources like DAP’s, DAC’s or Amplifiers. 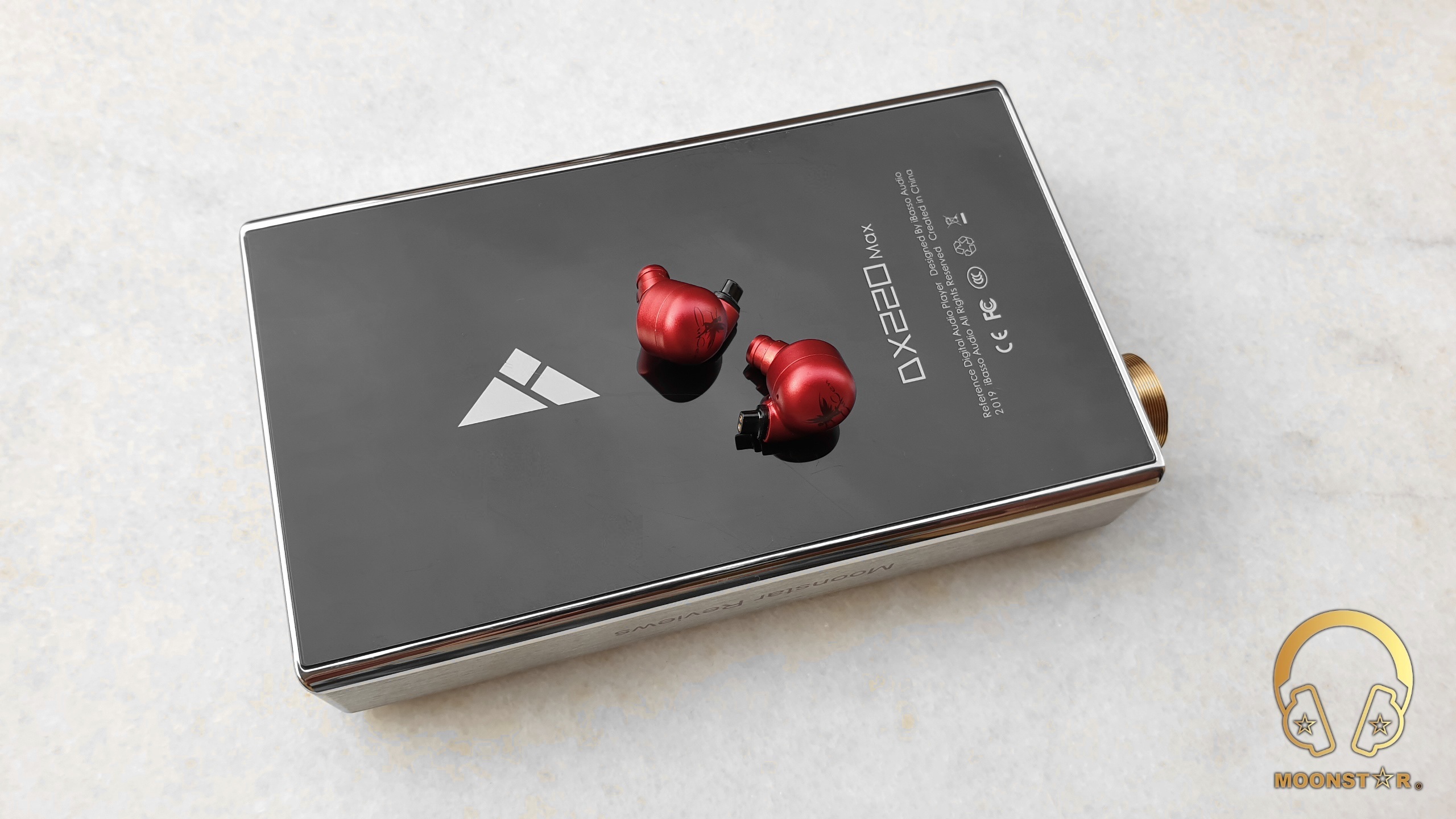 The Little Dot CU CEN shows a mildly warm tonality that is can also be described as a tad warmer than neutral. The lower frequency region shows a linear response with good depth, speed and intensity, the midrange shows a great level of clarity and detail retrieval tanks to the boost in the upper midrange, while the treble area shows a moderate level of airiness and sparkle.

This review is written after a burn-in period of about 150 Hours. The CU CEN has mainly be paired with the iBasso DX220MAX & FiiO F11 Pro in combination with the stock silicone ear tips that are included to the package. 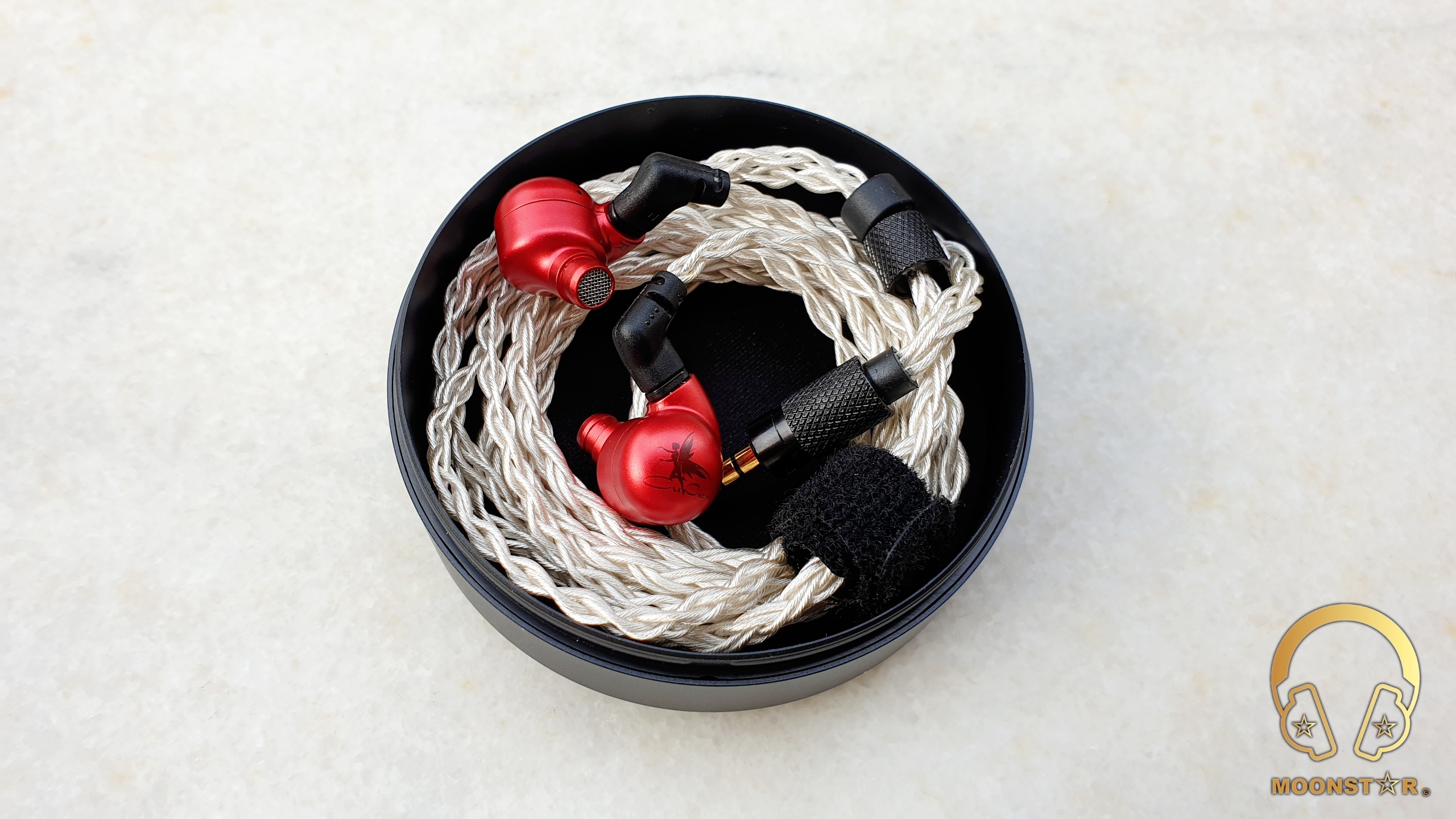 The Little Dot CU CEN has a fairly linear bass response with a good amount of clarity, control and detail retrieval. The subbass region of the CU CEN is slightly less pronounced compared to the midbass area, while the depth and rumble is pretty sufficient for genres such like Metal, Jazz or Acoustic music, while bass heads may want some extra rumble.

The midbass region of the CU CEN that is more highlighted compared to its subbass area offers a quite controlled and fast midbass reproduction, especially for a hybrid IEM with a dynamic driver. I didn’t hear any remarkable negative situations like a midbass-hump, muddiness and mixings. The slam effect of the midbass is pretty strong if called upon.

Bass intensive instruments from the contrabass and up to the bass guitars do have a good level of weight, body and fullness and are represented in a pretty musical way.

The Little Dot CU CEN offers in general a good bass layering and natural decay with an efficient level of intensity, speed and extension.

The Little Dot CU CEN has slightly warmish and colored, smooth and musical midrange presentation with good amount of clarity and detail retrieval thanks to the highly pronounced upper midrange tuning. The midrange not recessed or too upfront and will satisfy with both male and female vocals. 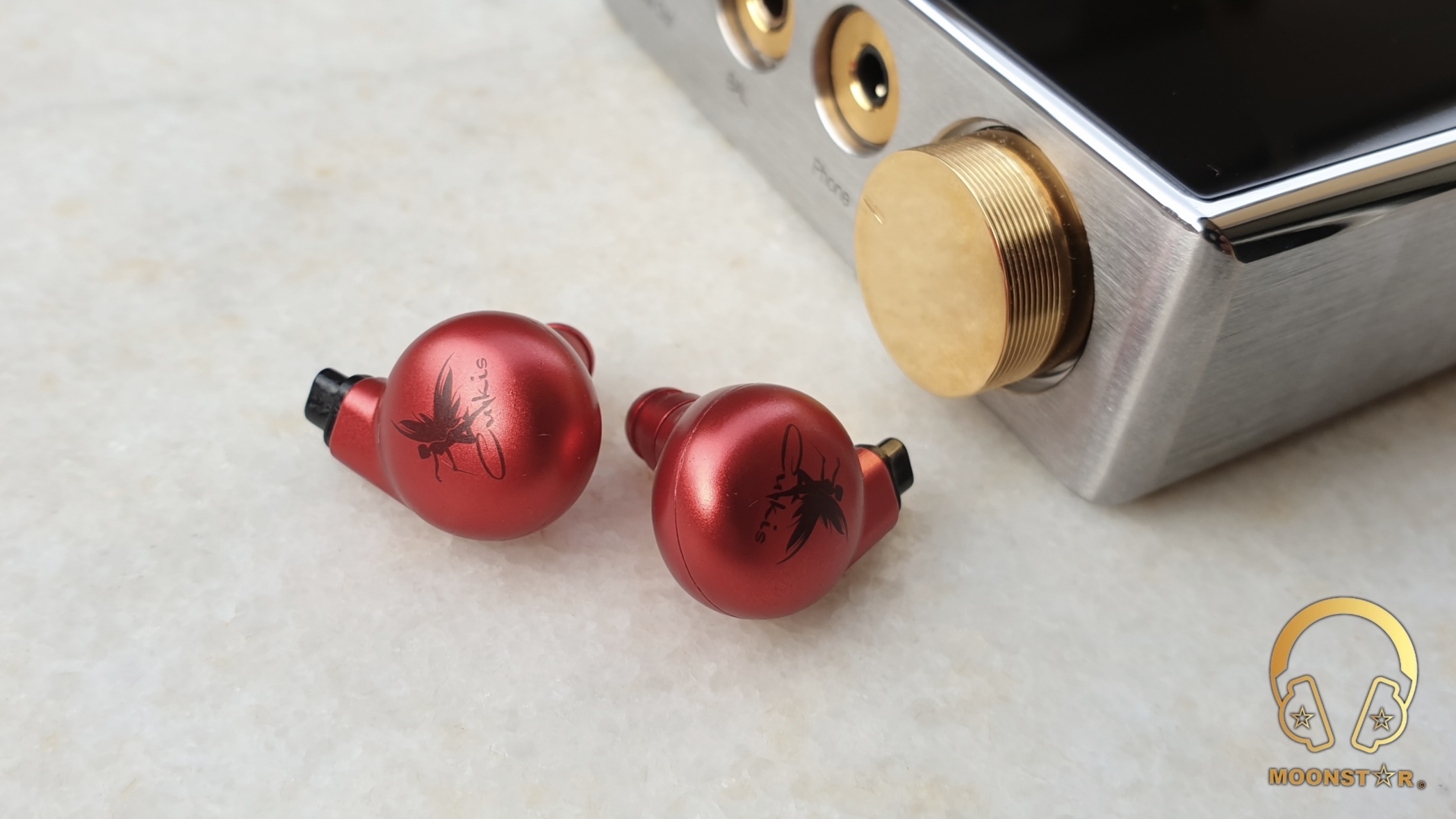 The Little Dot CU CEN shows a good amount of lower midrange depth, body/weight and control while listen to male vocals. Male vocals like Barry White or Isaac Hayes do sound quite emotional. The clarity and detail level is pretty good, without to show negative situations like muddiness.

Female vocals on the other hand do are represented with a great level of clarity, airiness and sparkle due to the well pronounced upper midrange tuning, which is the highlight of the CU CEN. The good thing is that I didn’t face any audible sibilance or sharpness especially when paired with good sources like the iBasso DX220 MAX.

The Little Dot CU CEN has in general a slightly warmer than neutral and instrument tonality with good amount of body and fullness, while there is also a neutral air between the instruments makes the overall presentation quite airy and clean. The CU CEN is also quite successful in terms of clarity, separation and detail retrieval of instruments and vocals.

String instruments like violas and guitars do shows a nice amount of body with help of the pretty well tuned lower midrange, while pianos and violins do have a good level of extension and clarity since the upper midrange is quite highlighted. 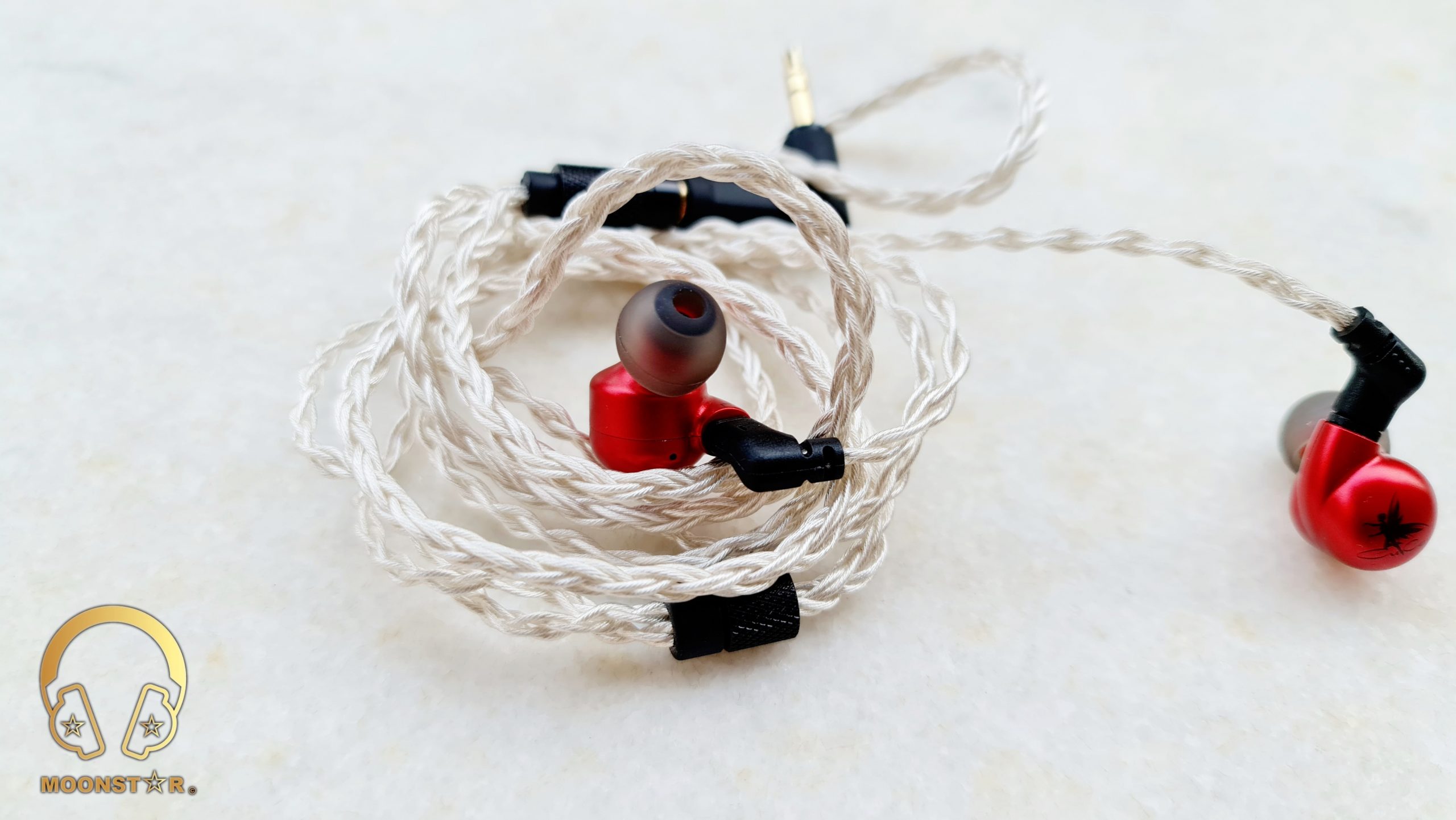 The upper midrange of the Little Dot CU CEN is the focal point of the whole midrange that sounds highlighted, energetic and lively. Everything from female vocals up to instruments such like violins or pianos does sound vivid, transparent and pretty detailed. The upper midrange transitions are in general fairly controlled, but do can sound a bit peaky and sharp, while it can be tamed with some tips rolling. The tuning of the upper midrange makes the CU CEN pretty detailed, with good level of dynamism and extension.

The soundstage of the Little Dot CU CEN is not huge or too closed in and shows a moderate level of expansion with slightly more wideness than its depth. The performance of the CU CEN in terms of separation and placement of instruments and vocals is quite ok.

The FIBAE Black is a warm, musical and smooth sounding In-Ear Monitor with deep and strong bass, soft and musical midrange controlled and mildly pronounced upper midrange and treble presentation.

The subbass range of both IEM’s is pretty highlighted, while the Custom Art FIBA Black shows a tad more intensity, depth, and rumble compared to the Little Dot CU CEN. The midbass of both the FIBA Black and the CU CEN shows a similar performance in terms speed and extension, while the CU CEN has the upper hand in terms of layering and resolution. 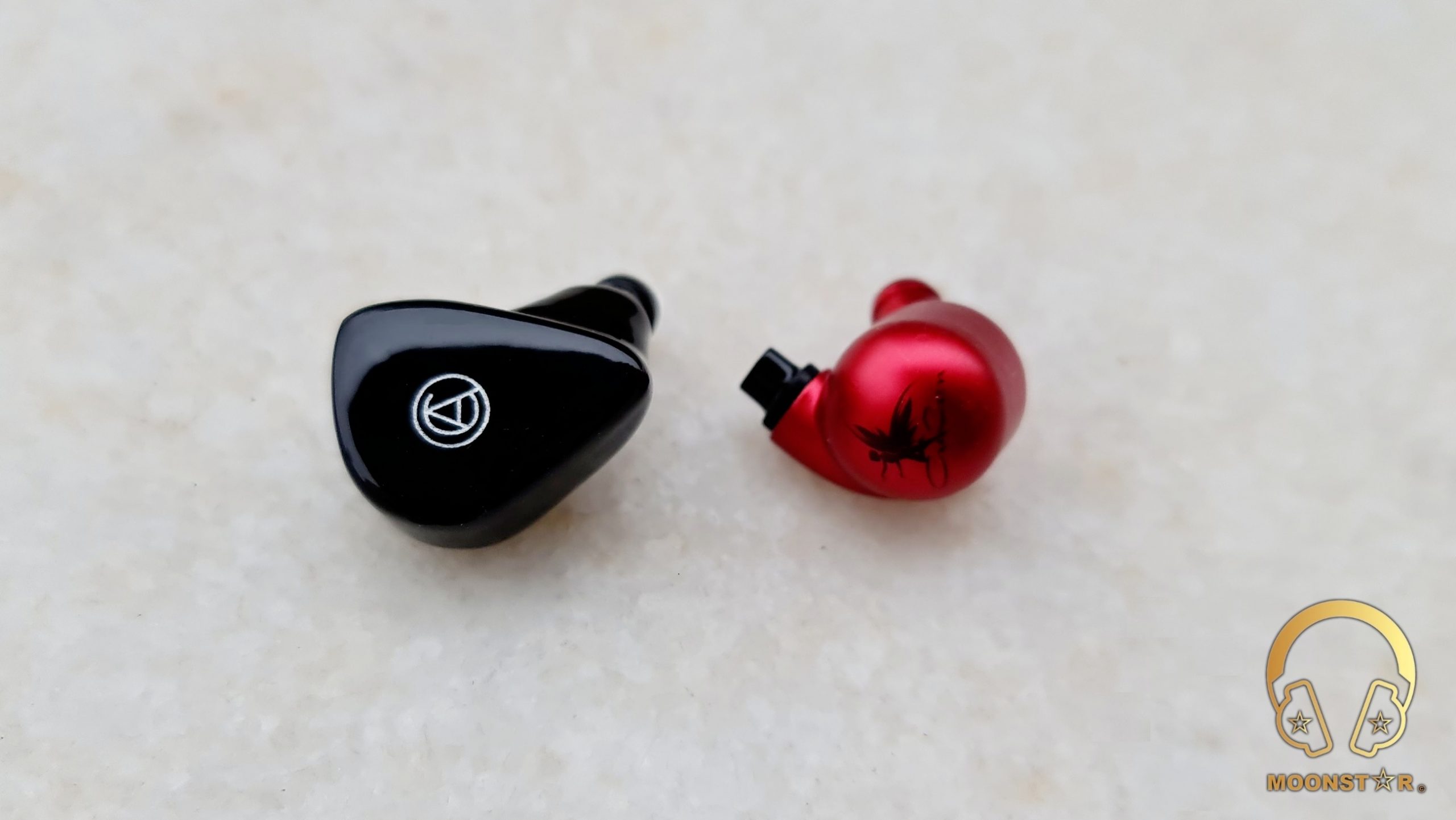 The upper midrange and lower treble region of the Little Dot CU CEN shows a higher level of intensity and detail retrieval. The CU CEN has also the upper hand in terms of overall clarity and overall definition this area, while the FIABE Black offers a slightly more controlled and smoothed out presentation.

The Little Dot CU CEN has the upper hand when it comes to the performance in terms of separation and placement of instruments and vocals, and offers also slightly more soundstage wideness. The Custom Art FIABE Black has a slightly advantage when it come to the soundstage depth.

The Little Dot CU CEN is an In-Ear Monitor with an interesting look and sophisticated tech inside, which offers a musical and lively presentation. It will entertain you with its pretty fast and controlled bass response, lively and upfront midrange presentation that is very successful with both female and male vocals, and a treble tuning with good level of sparkle and definition. The rich accessory package that includes two storage cases, many silicone and foam tips and any type of headphone plug adaptors are also some great additions.