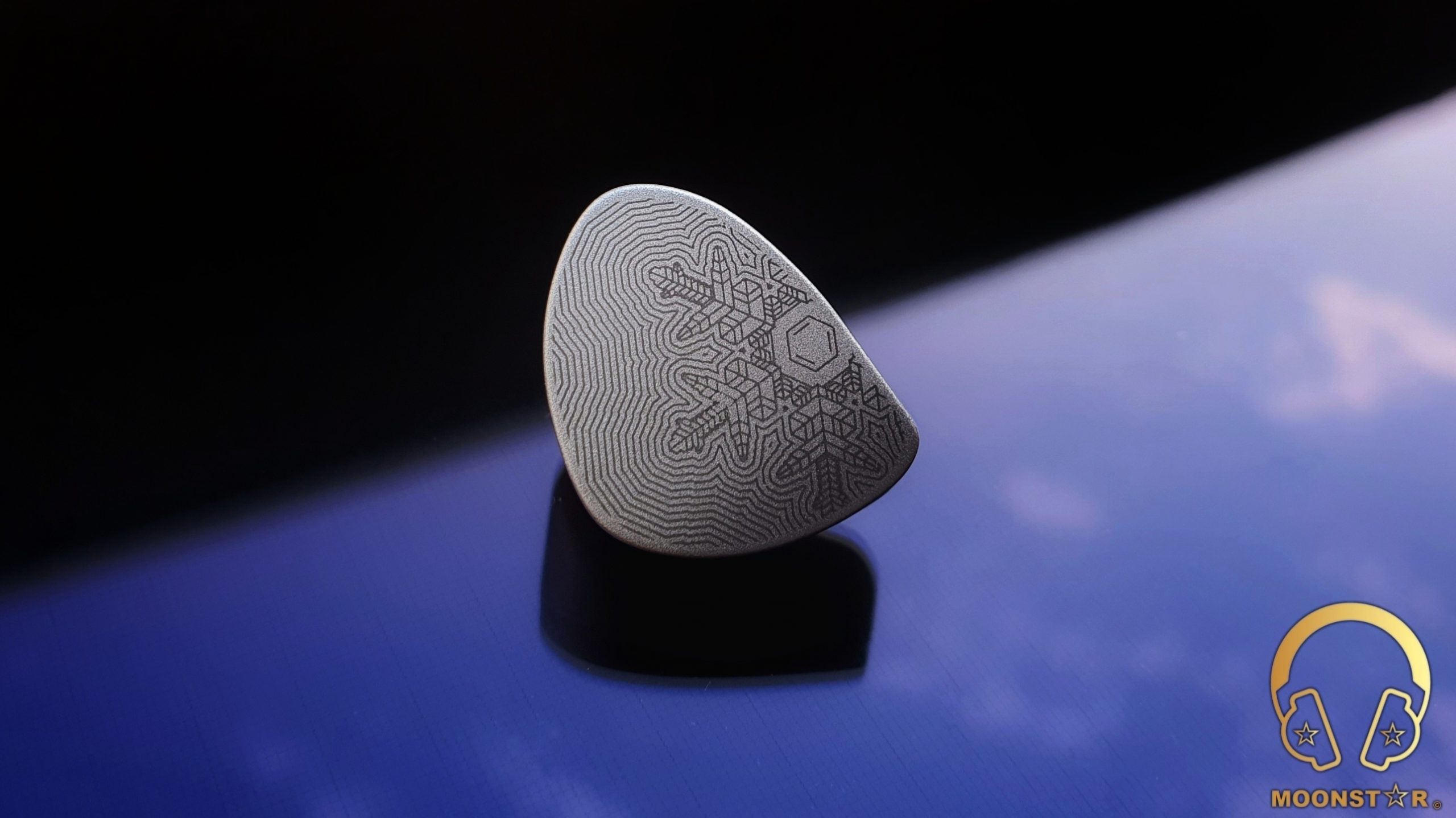 Moondrop is a popular Chinese Portable Audio brand that was once a small studio by several hobbyist engineers, which has been emerged in 2015 with focus on products like Earbuds, In-Ear Monitors and now USB DAC/Amplifier dongles.

The Aria Snow Edition that I will now review for you has the same shape of the original Aria 2021. However, it comes now with a brand new silver finish and beautiful faceplate (Snow-Flake Design) design and features Moondrop’s DLC (Diamond-Like Carbon) diaphragm with dual-cavity dynamic drivers instead of a LCP diaphragm unit that was used on the original Aria 2021. The Aria Snow Edition follows the companies VDSF target tuning curve.

I would like to thank Moondrop and Shenzhen Audio for providing me the Aria Snow Edition for review purposes. I am not affiliated with Moondrop or Shenzhen Audio beyond this review and these words reflect my true and unaltered opinions about the product.

The actual price of the Moondrop Aria Snow Edition is 79,99 US$. More information’s can be found under the link below;

The Moondrop Aria Snow Edition came inside a rectangular box in white color with a nice Snowflake motive on the top, which was wrapped with a stylish cardboard with the Snow Edition theme on its surface. 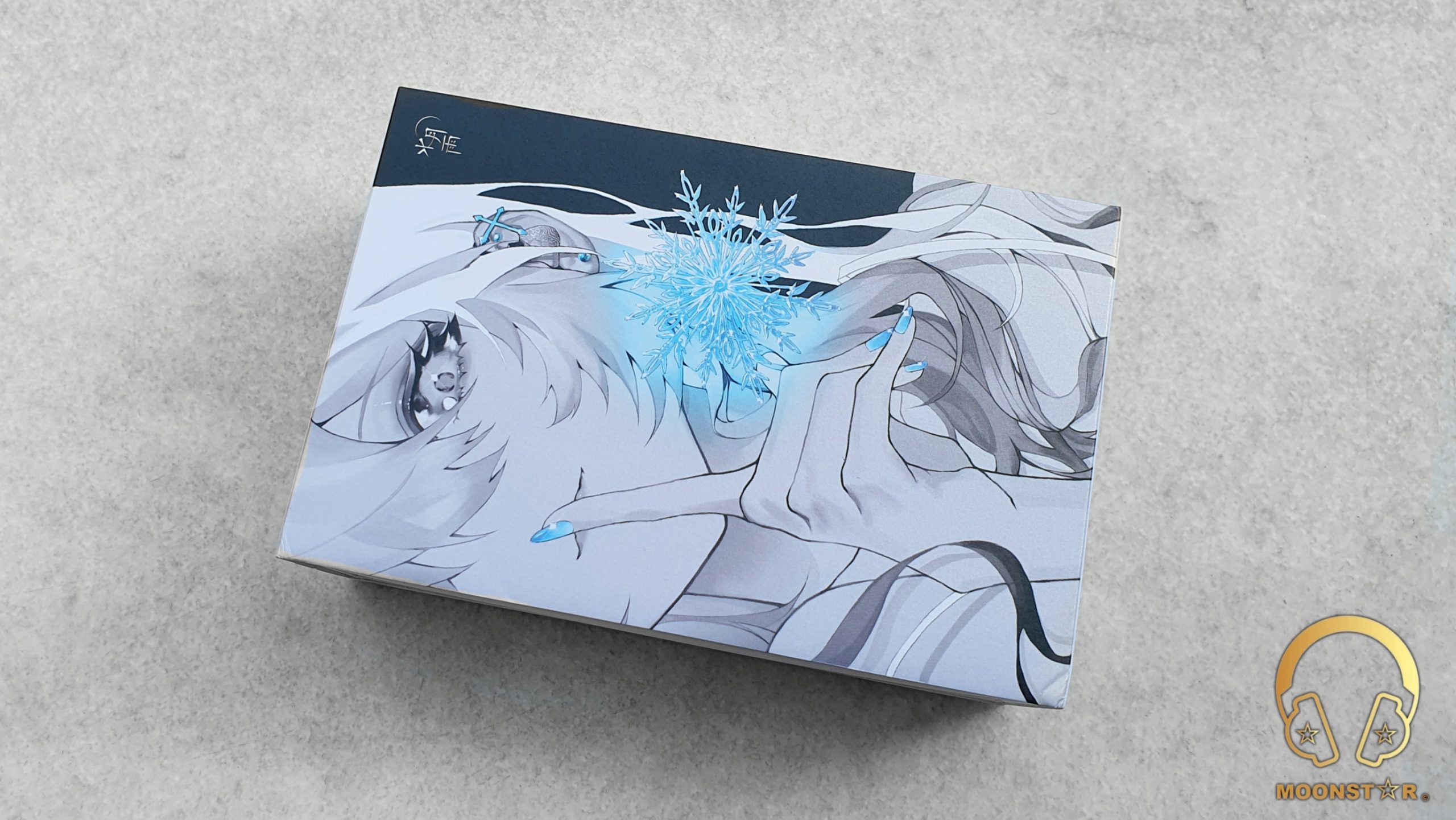 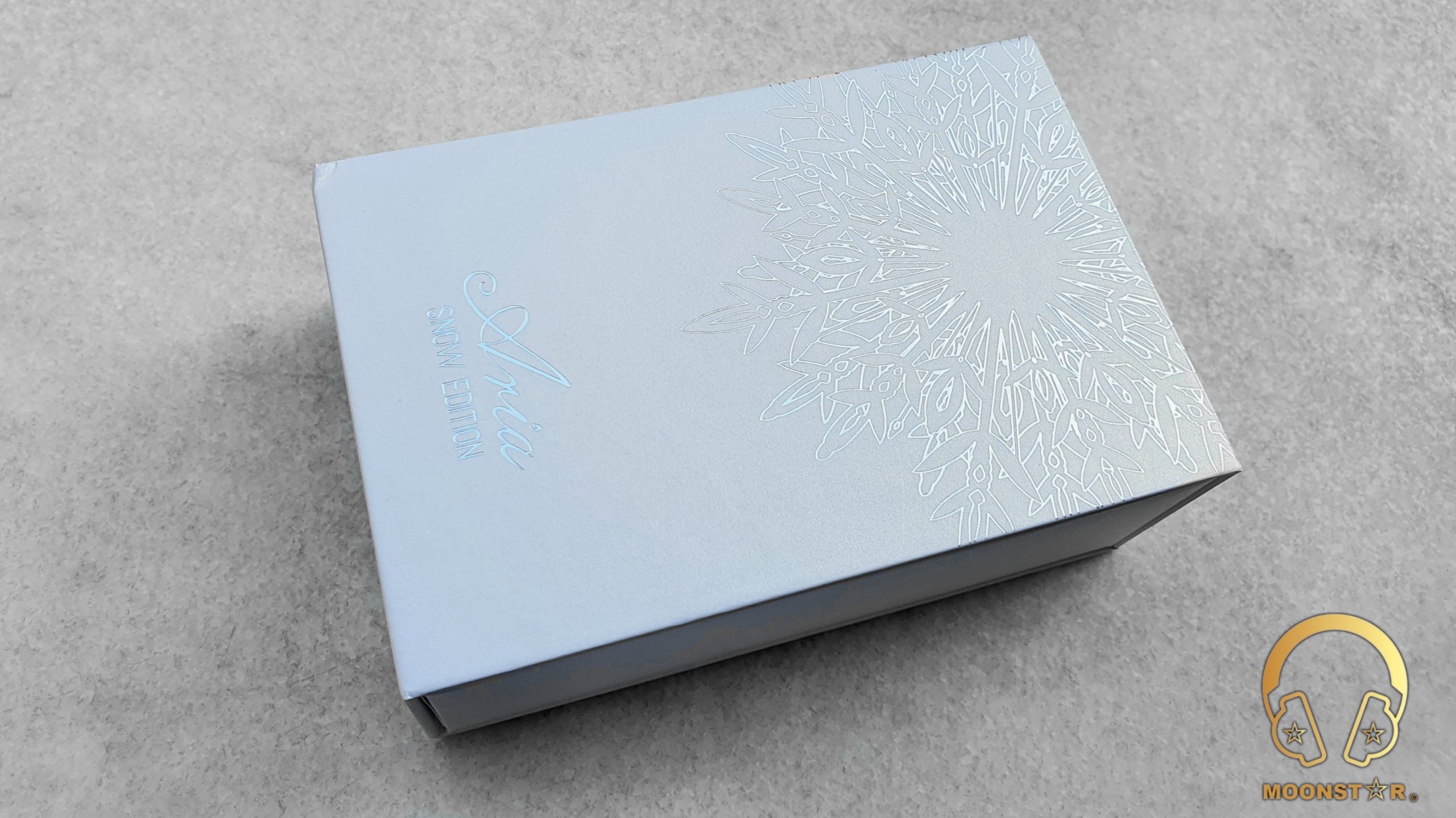 The box contains the following items/accessories; 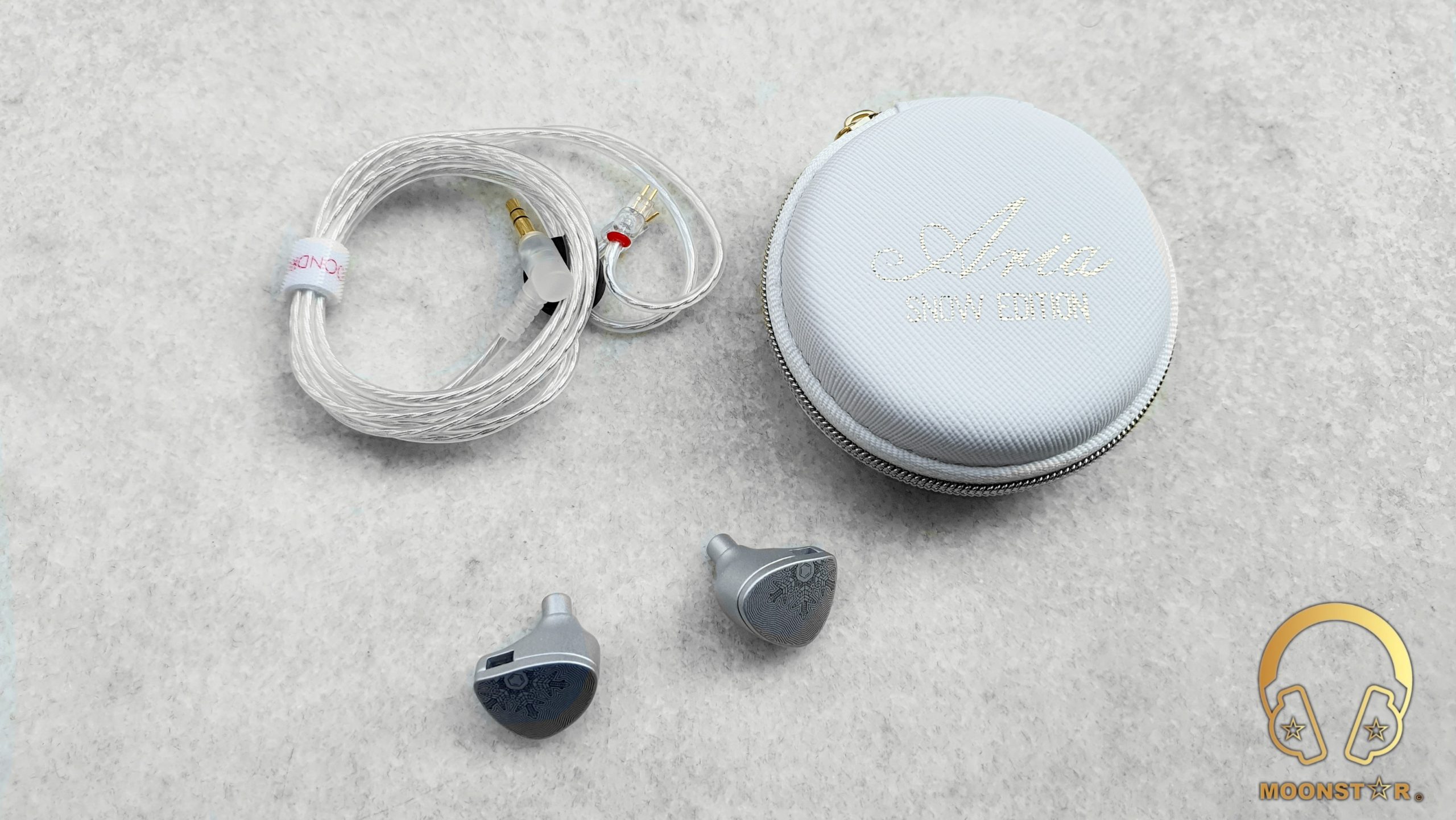 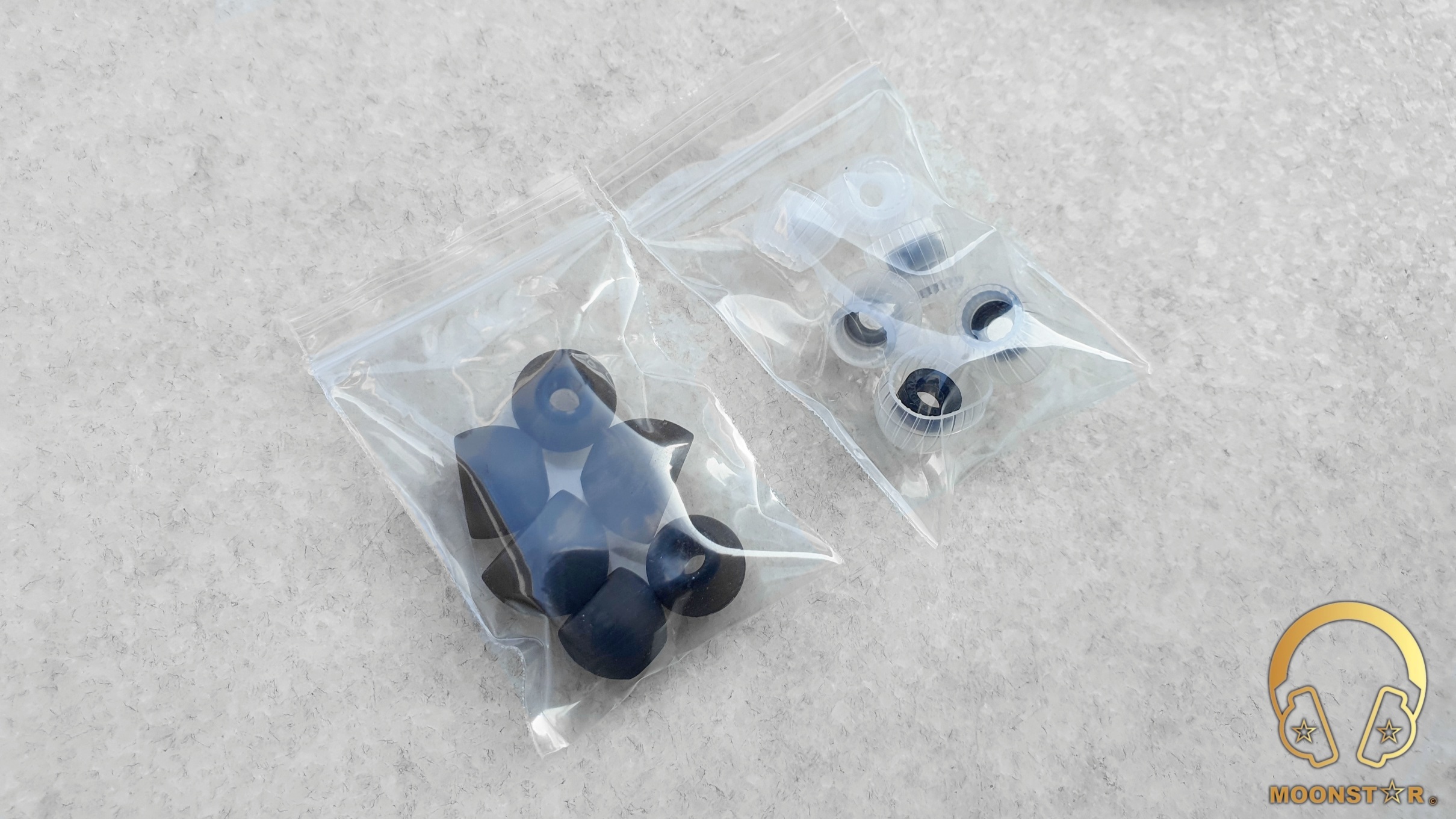 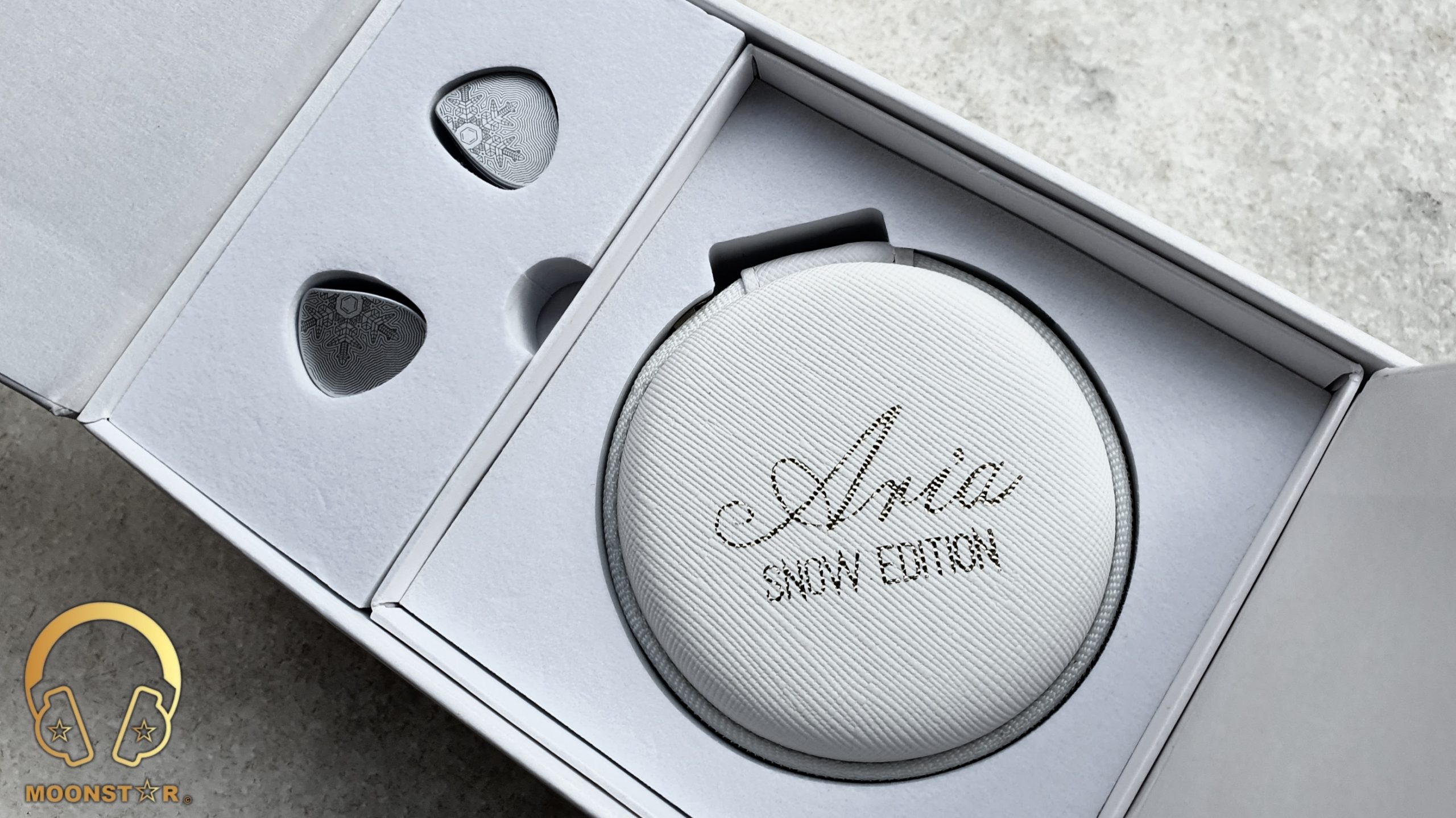 The Moondrop Aria Snow Edition has beautiful looking In-Ear Monitor that shares the same comfortable design that we have seen on the original Aria (aka 2021). The optical difference is the color of the shell that is now silver instead of black and the Snow Edition faceplate design that reflects a gorgeous looking Snowflake pattern.

The metal shell was made with a metal injection molding and CNC carving process However, the main difference is the Moondrop’s new DLC (Diamond-Like Carbon) diaphragm dual-cavity dynamic driver that replaced the 10mm diameter LCP (Liquid Crystal Polymer) diaphragm that was used inside the Aria 2021. 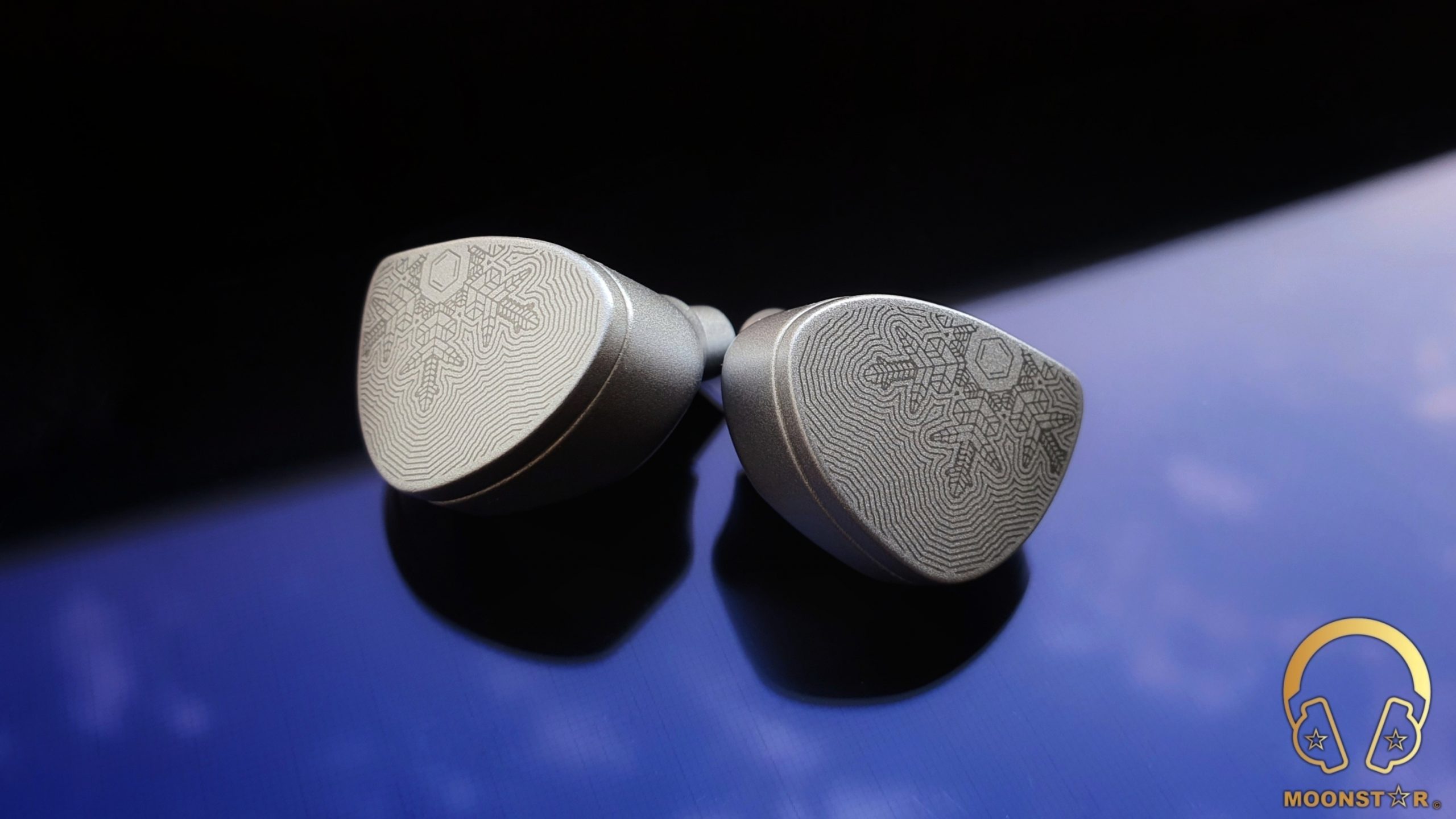 At the rear surface of the monitor shell is the sound nozzle and two vents for the dynamic driver. One of the vents is near the sound nozzle while the second one is near edge of the back part. 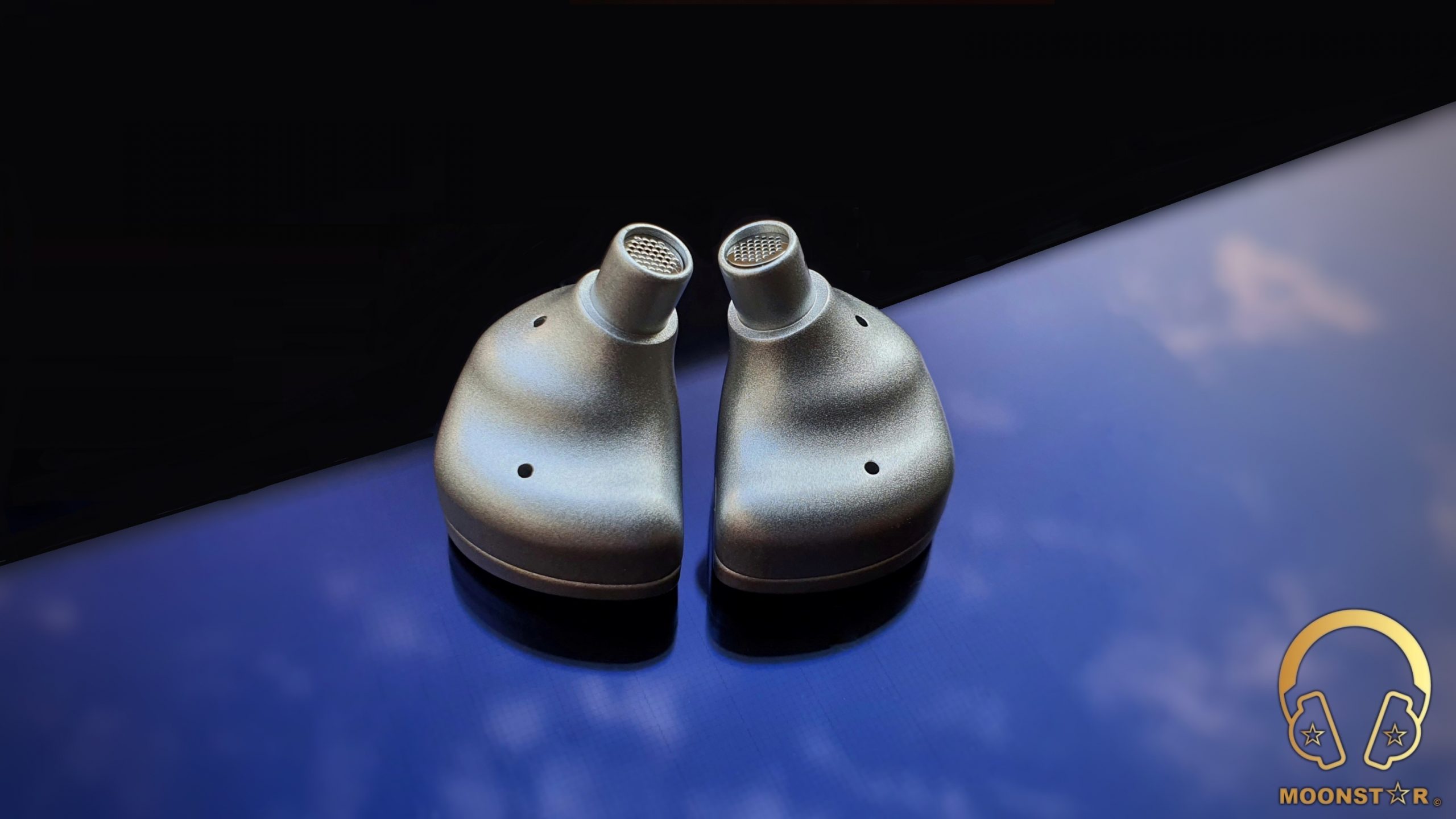 The sound nozzle has a slightly angled profile that features a metal mesh on the top to avoid the insertion of small particles like dust or earwax in to the monitors shell. 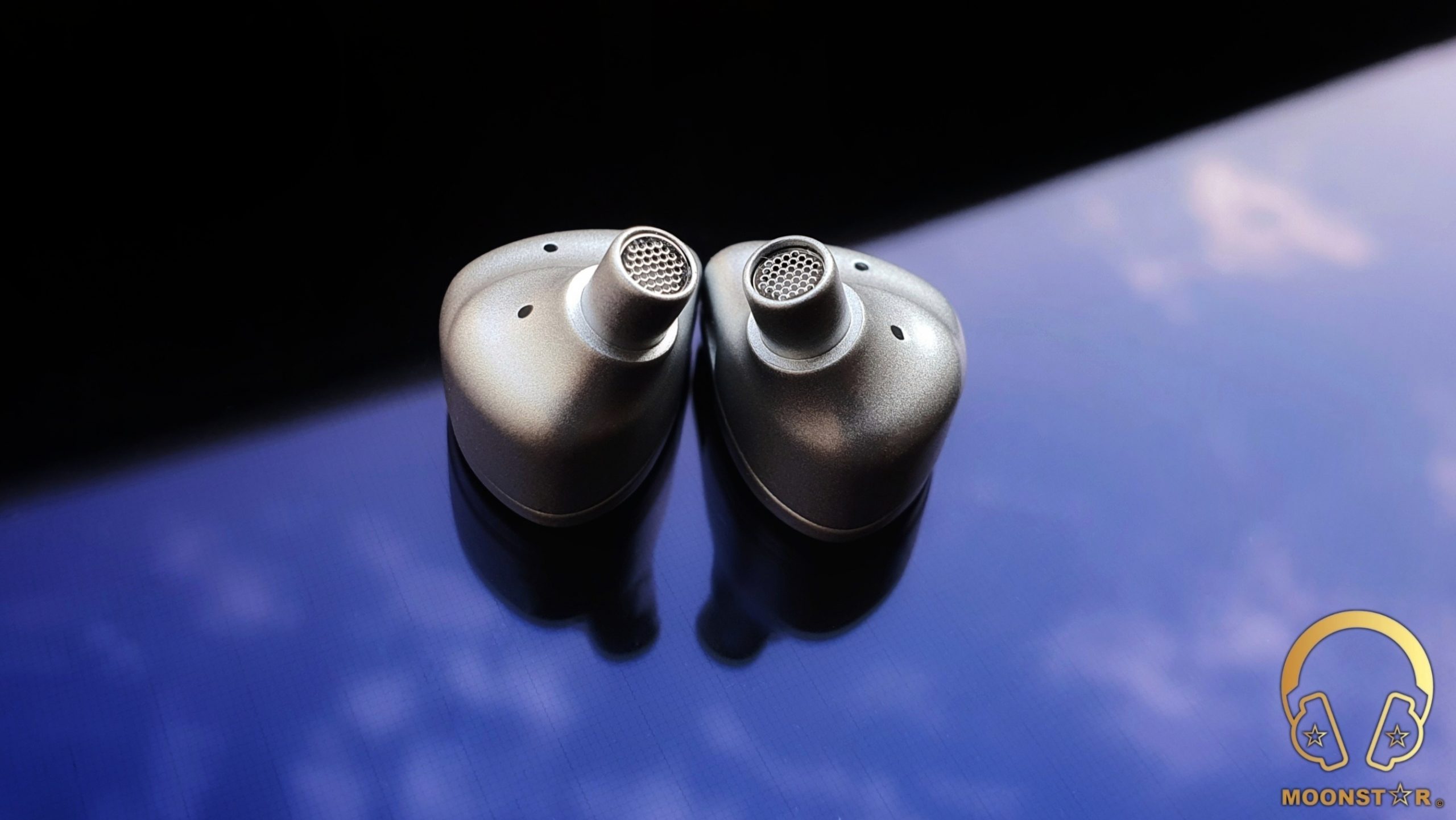 On the top of the monitor shell is the recessed 0.78mm diameter 2-Pin female connector that offers a tight and secure fit to the male connectors. The build quality of the housing looks of high quality and fulfills my expectations from a product in this price category. 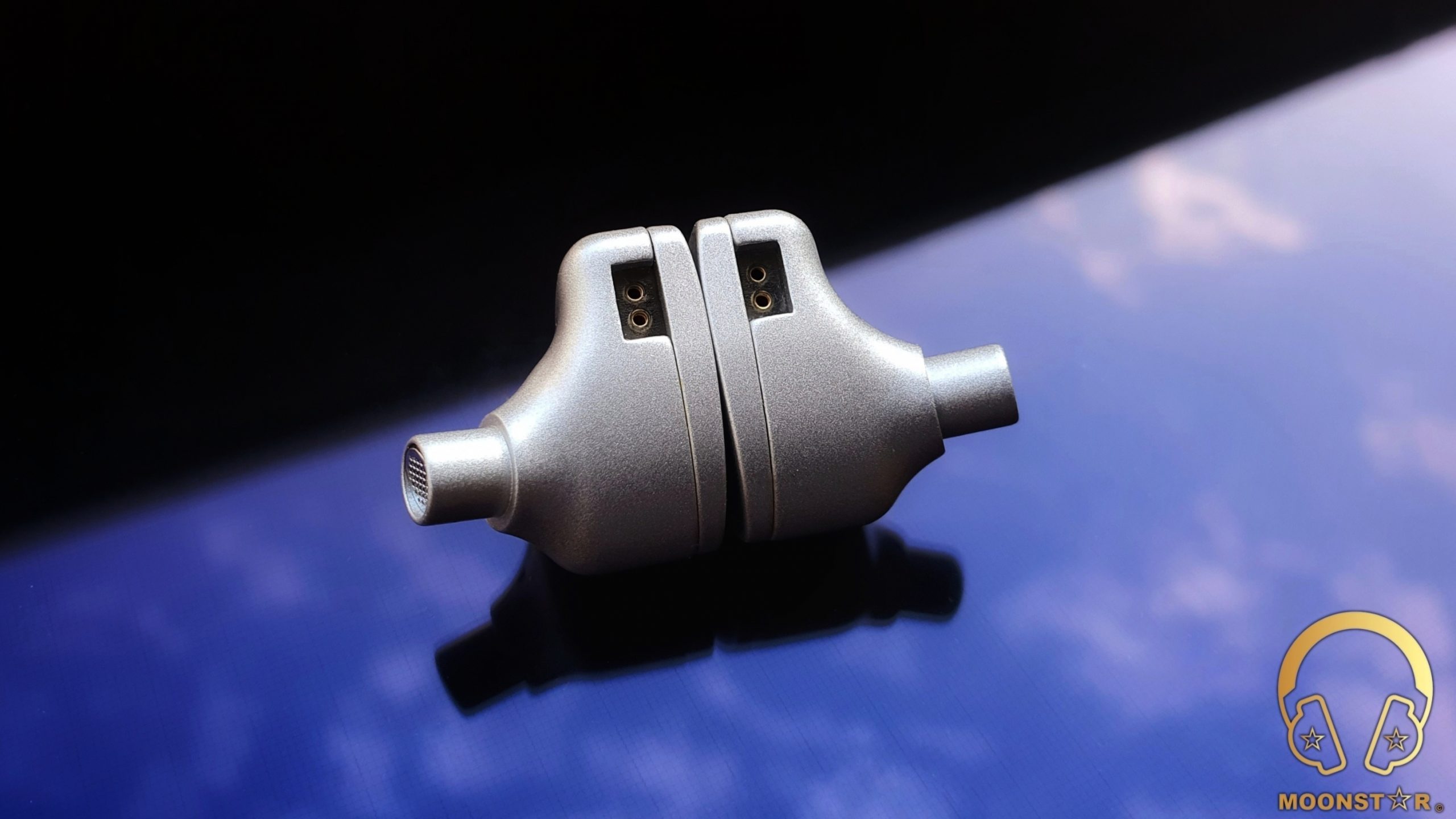 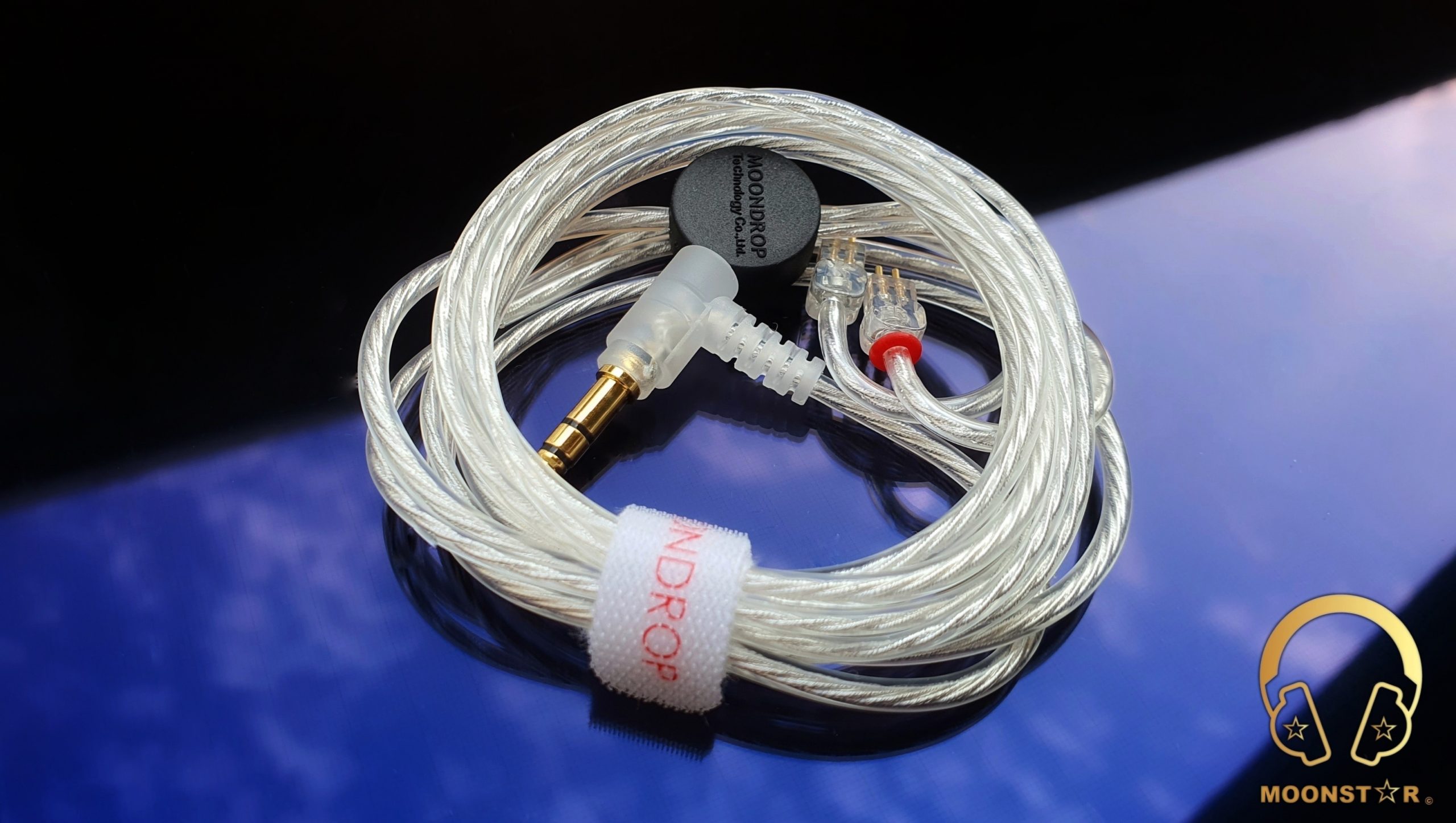 The 0.78mm diameter 2-Pin connectors to have a transparent plastic housing with R (Right) & L (Left) markings and a red color indicator ring for the right channel. Near the connectors are PVC heat-shrink ear guides that are useful for a comfortable over the ear wearing experience. 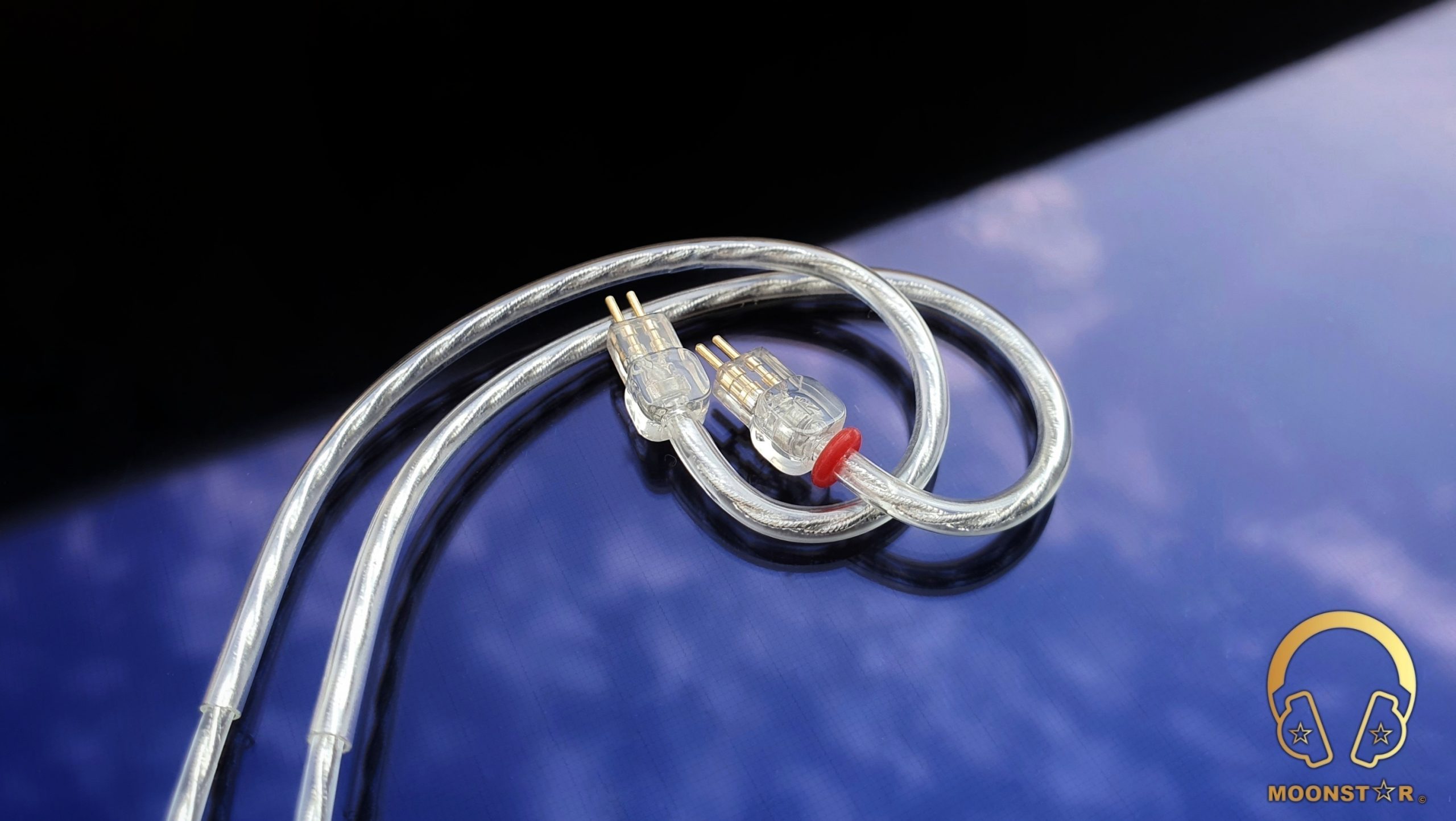 The cable sports a plastic (rubber) Y splitter in black color that sports some product related brandings (Moondrop) on its surface. 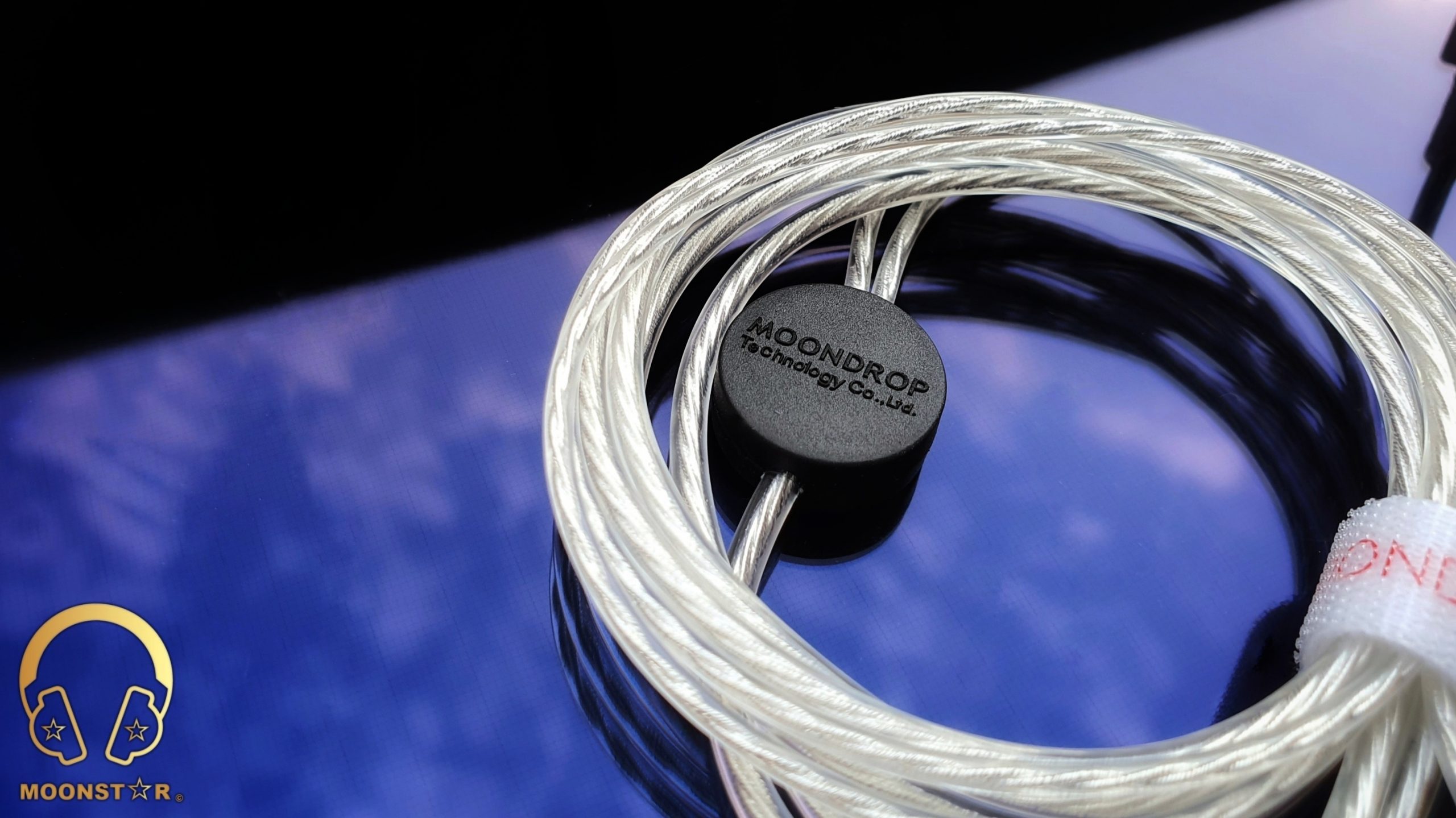 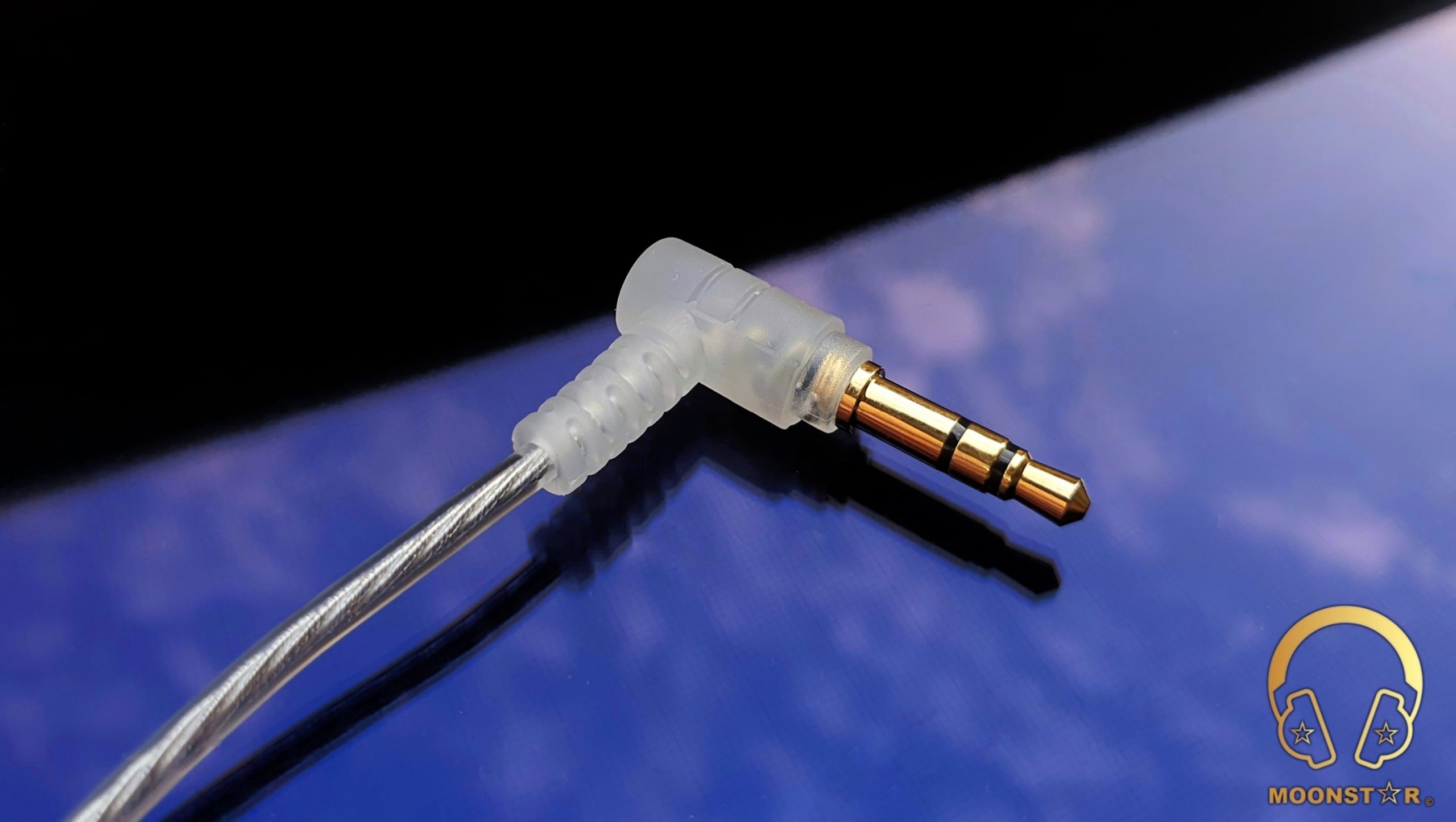 The Moondrop Aria Snow Edition offers a pretty ergonomic fit thanks to its relative small size and ear concha friendly inner shape.The passive noise isolation of the Aria Snow Edition is on an average level that is sufficient for the use in public transportations like bus, metro, bus or train. 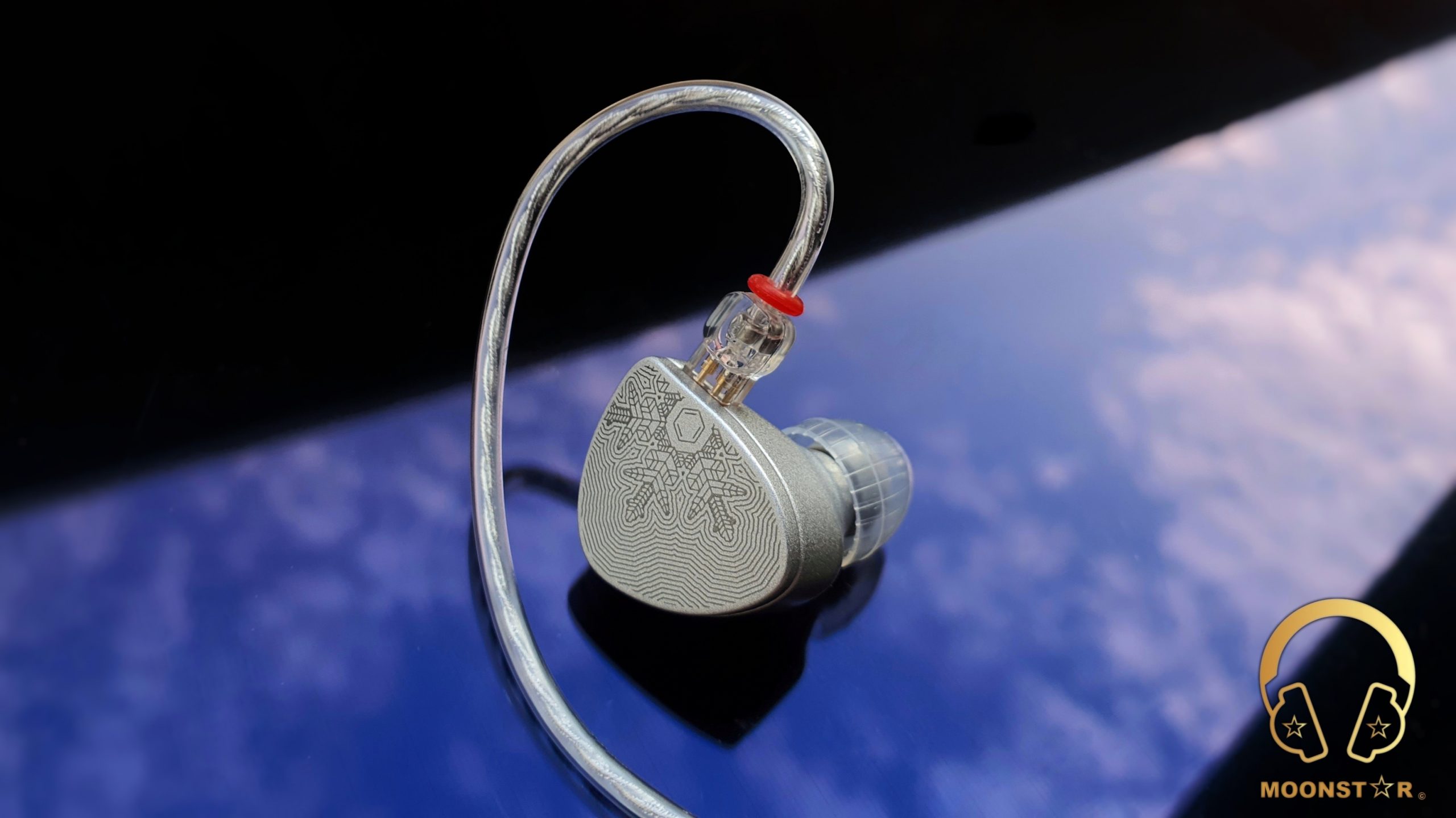 The Moondrop Aria Snow Edition has an impedance of 32ohm and shows a sensitivity of about 119dB@1kHz which makes it to an easy to drive IEM for sources like Smartphone’s, Tablets and smaller sized DAP’s with weak amplification capabilities. 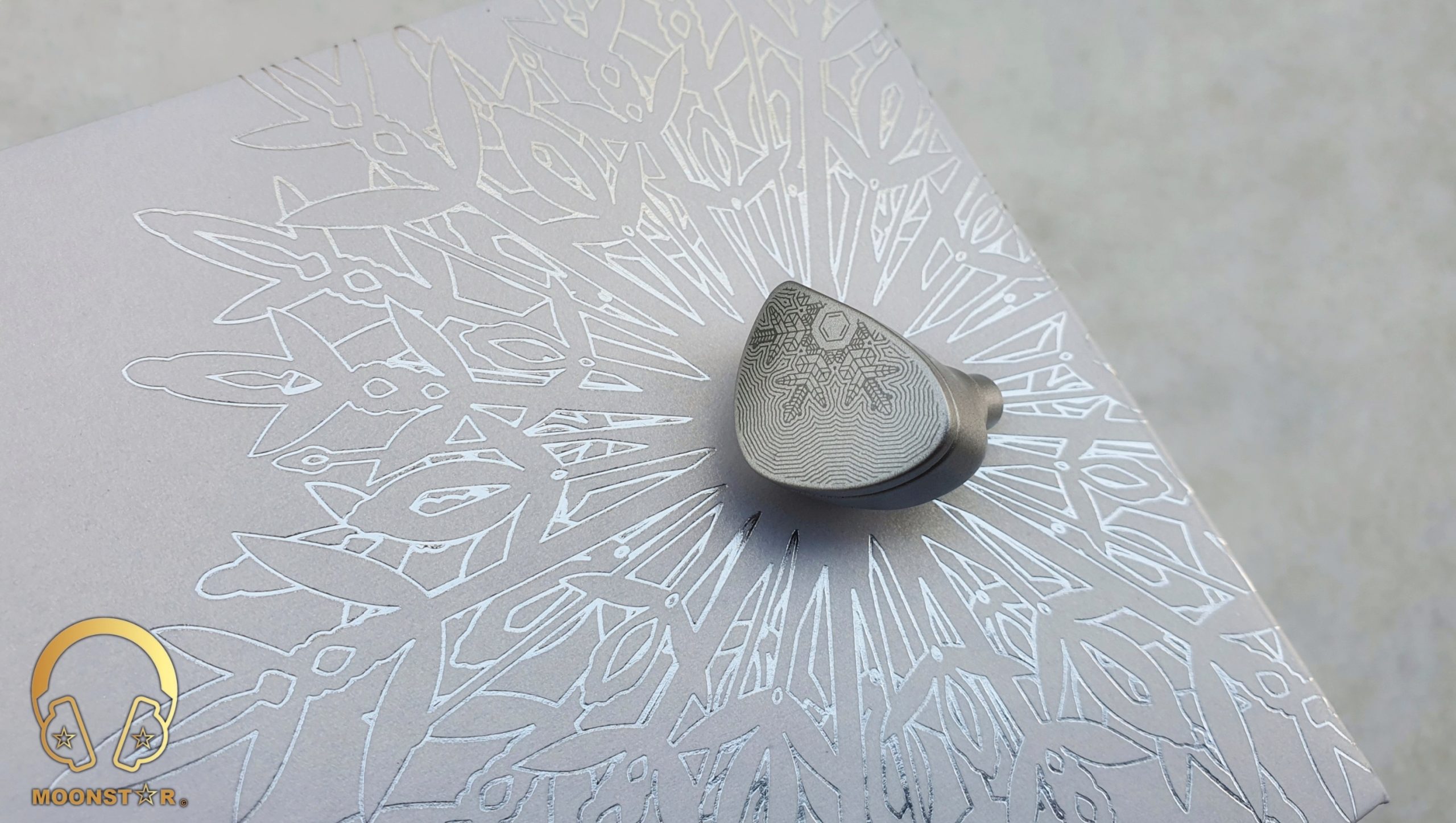 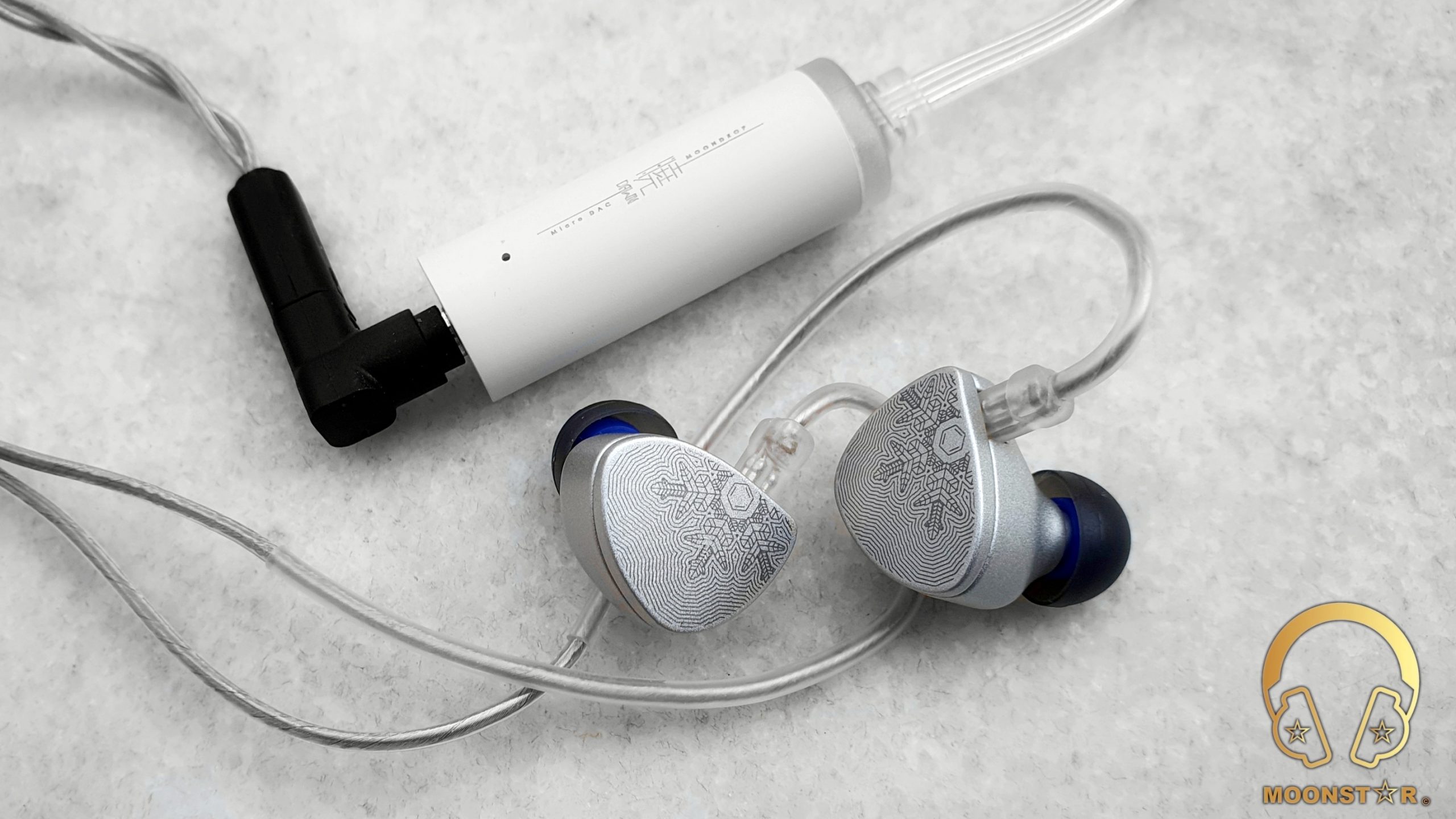 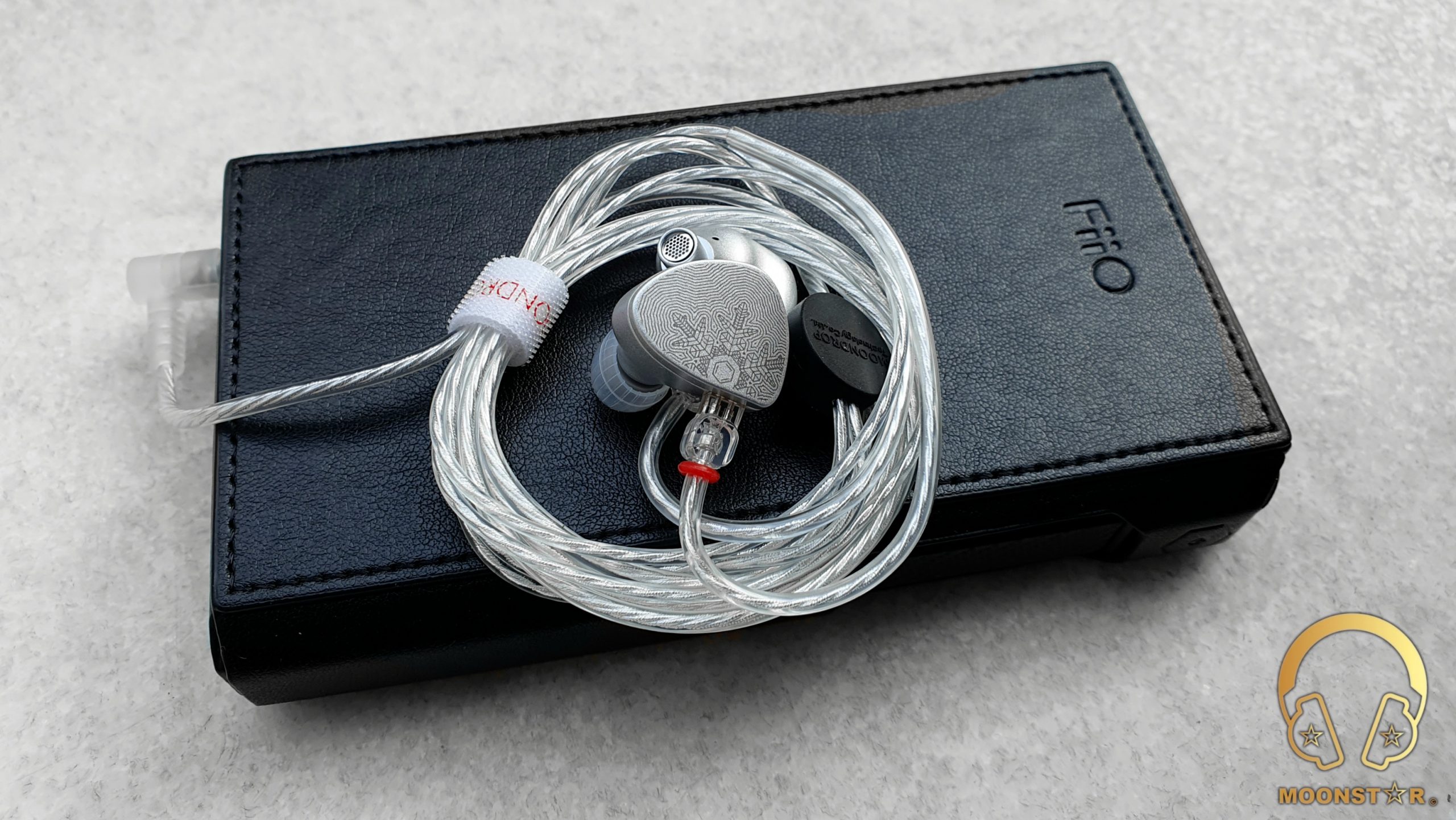 The Moondrop Aria Snow Edition shows a tad warmer than neutral tonality and fairly balanced overall frequency response. The lower frequency area has a relative balanced, somewhat linear tuning. The midrange on the other hand is pretty transparent and detailed for an IEM at this price level, while the treble range on the other hand is nicely smooth, fatigue free and offers a good sense of control.

This review has been written after a burn-in period of about 60 Hours. I have used the Moondrop exclusive silicone ear tips and the stock cable that are included to the package. 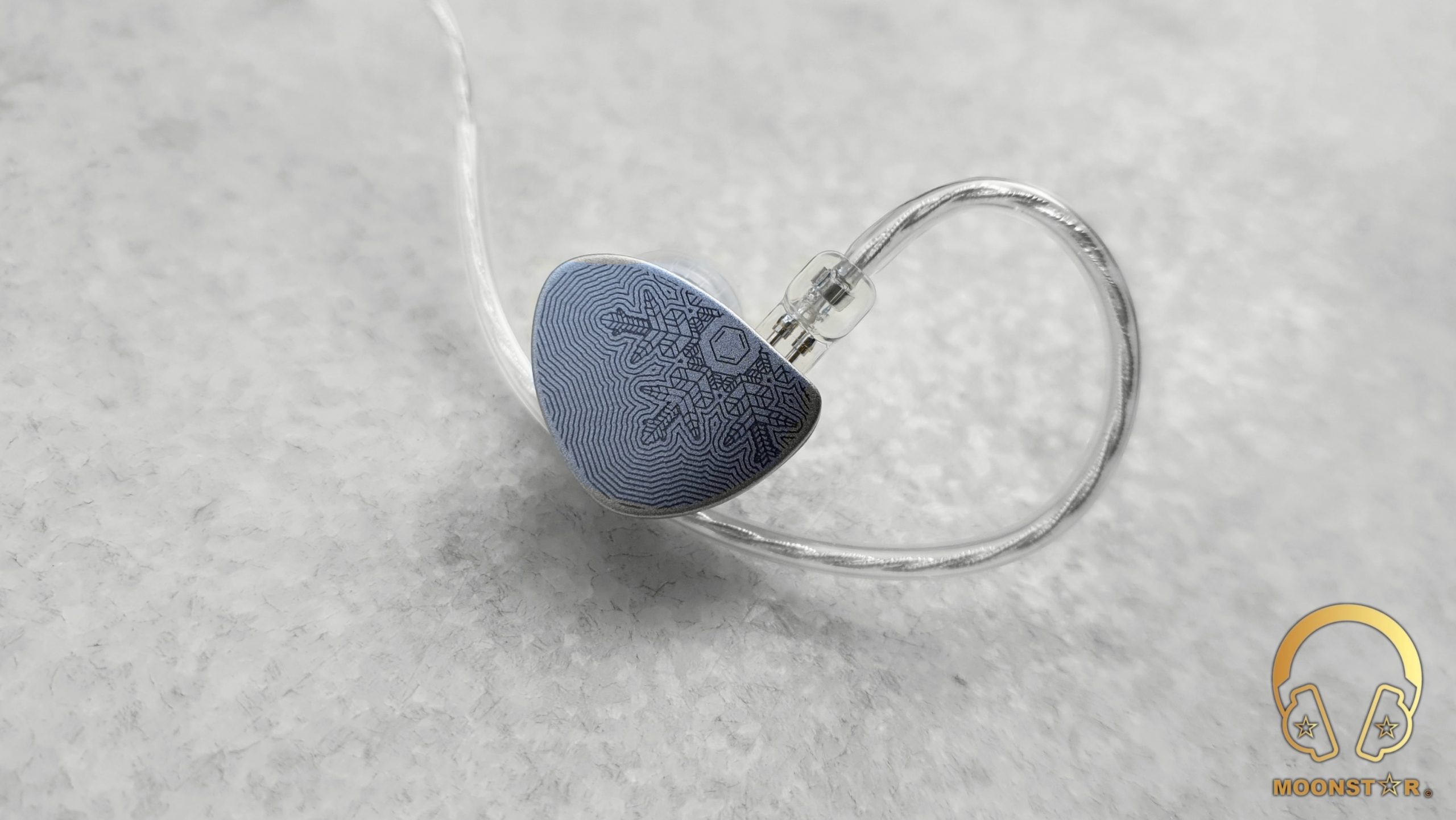 The Moondrop Aria Snow Edition has a fairy linear bass response from the subbass up to the midbass area. It offers a good grade of authority and speed in this region especially in for an In-Ear Monitor at this price tag. The subbass region is moderately pronounced and slightly less highlighted compared to the midbass region. The Aria Snow Edition offers a sufficient level of depth and intensity, while wont show enough rumble for bass heavy genres like EDM, Bassline, Dubstep, Trance, etc.

The midbass region of the Aria Snow Edition has a pretty safe and fairly linear tuning with good grade of transparency, speed and control, especially for a single dynamic driver IEM at this price range. I didn’t hear any audible muddiness or mixings in even in some bass heavy songs, which is one of the highlights in this area. The sense of clarity and resolution is decent for a product below the 100 US mark. 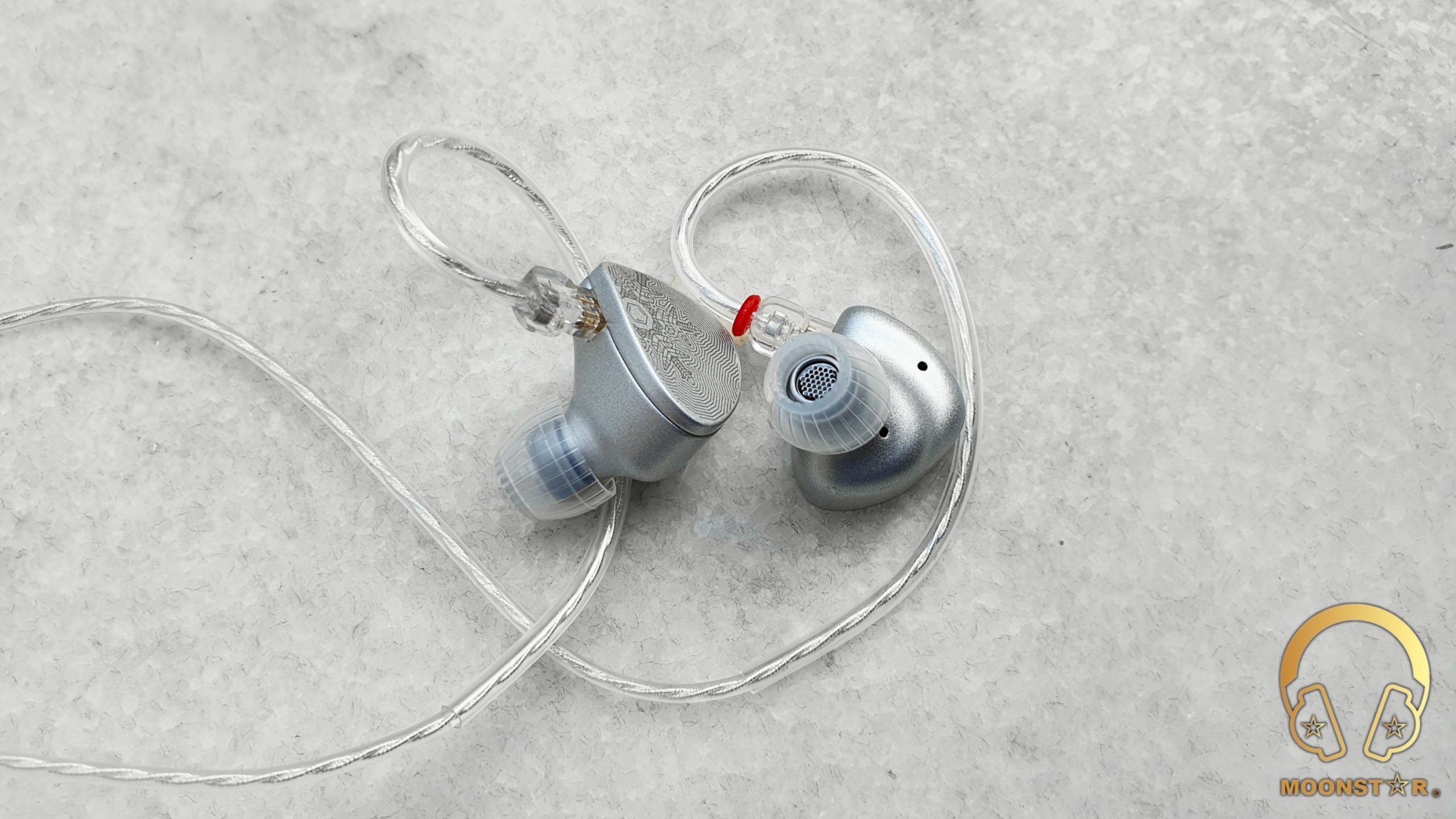 The Moondrop Aria Snow Edition shows a pretty transparent and airy midrange character with a fairly forward presentation. The general tonality of the Aria Snow Edition is pretty natural and can be described as a bit warmer than neutral. It offers a good sense of air and space between instruments and vocal that I really enjoyed when I did pair it with device like the FiiO M11 Plus and xDuoo Poke II.

The lower midrange is moderately highlighted when I listen to male vocals or to instruments such like a viola or guitar. The upper midrange is the focal point of the Moondrop Aria Snow Edition that is produced with a decent sense of clarity and resolution when I do listen to instruments like a violin, piano or flute or to female voices like Adel or Aretha Franklin. I didn’t notice any remarkable sibilance or harshness, which is another remarkable highlight of the Aria Snow Edition. 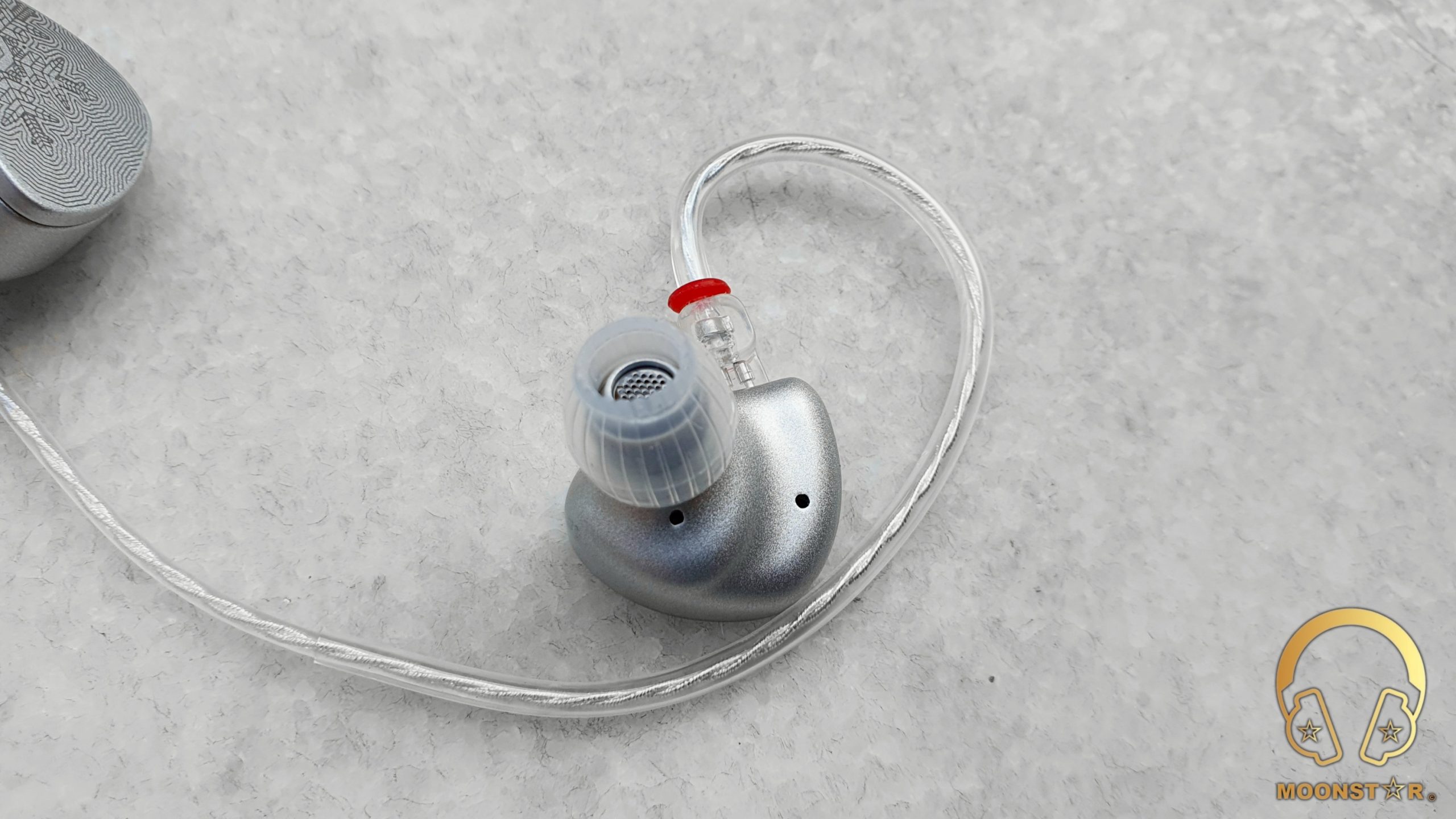 The Aria Snow Edition has a pretty smooth and natural treble tuning that is relative energetic but not overly bright, sharp or ear piercing. This area is shown with a good grade of authority, separation and extension that is not outstanding but that is produced in a way that will fulfill the expectation from a product at this price level.

The lower treble region of the Aria Snow Edition is more highlighted and detailed compared to the upper treble register. The lower treble range shows an audible roll-off after the 6 kHz region that is tuned in a controlled manner. The presence of this area creates an efficient sense of clarity while listen to percussions, flutes or pianos.

The upper treble region is less energetic and detailed, while it offers a sufficient grade of extension when I do listen to instruments such like hi-hats or cymbals. The sense of airiness and sparkle that is produced in this area is on a moderate level. 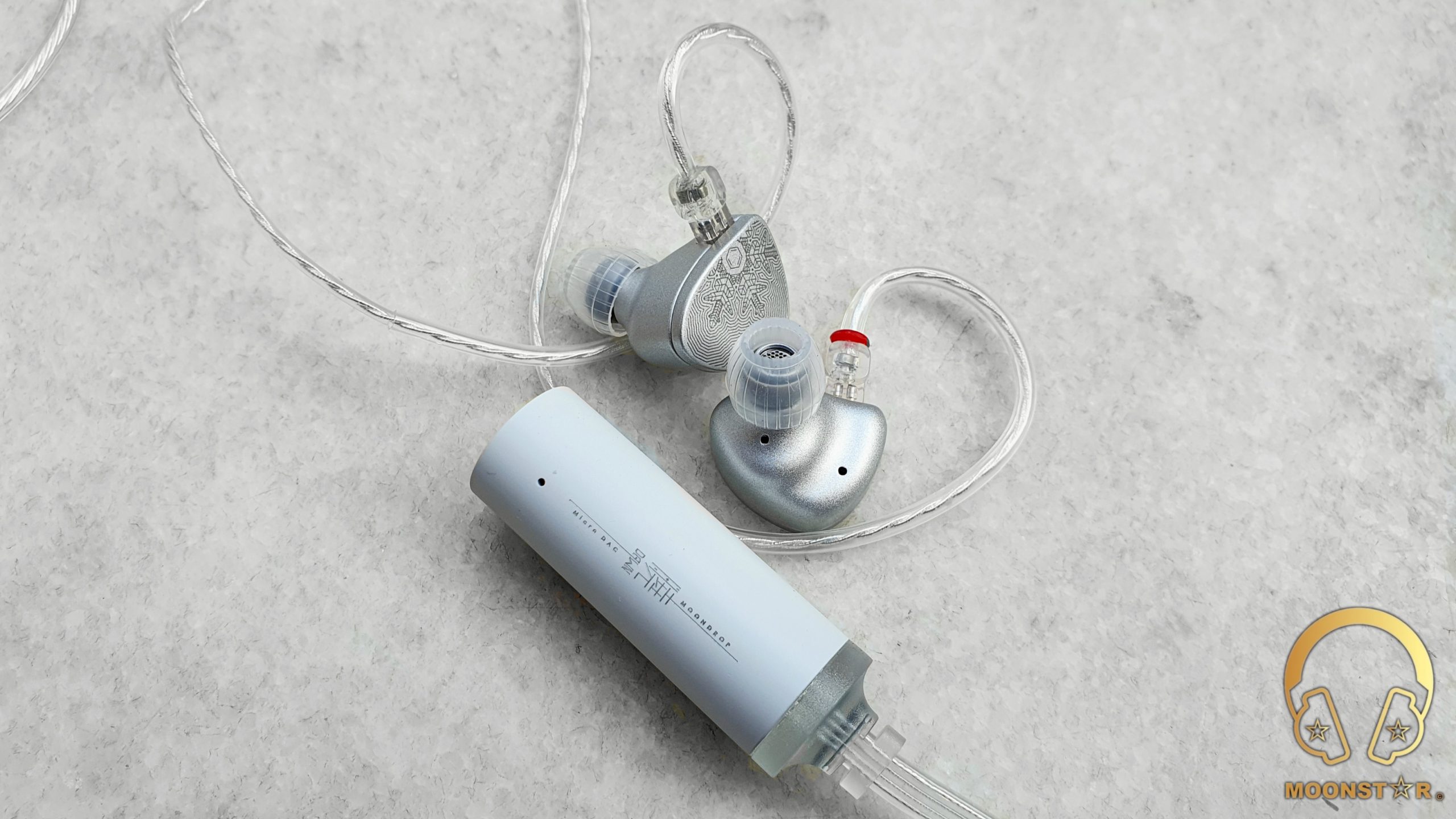 When it comes to the soundstage performance, I can say that the Moondrop Aria Snow Editions shows a sufficient sense of depth and wideness. The separation and placement of instruments and vocals is fairly precise for a product at this price range.

The Hidizs MM2 has a slightly more colored overall sound signature with a tad warmer tonality in direct comparison to the Moondrop Aria Snow Edition, which shows a more balanced general presentation.

The subbass of the Hidizs MM2 shows slightly more quantity and depth than those of the Moondrop Aria Snow Edition. The midbass region of the MM2 is more highlighted that sounds more impactful and entreating with genres like EDM, Trance or Pop music. The Aria Snow Edition on the other hand has the slightly edge when it comes to the authority and clarity in this area. 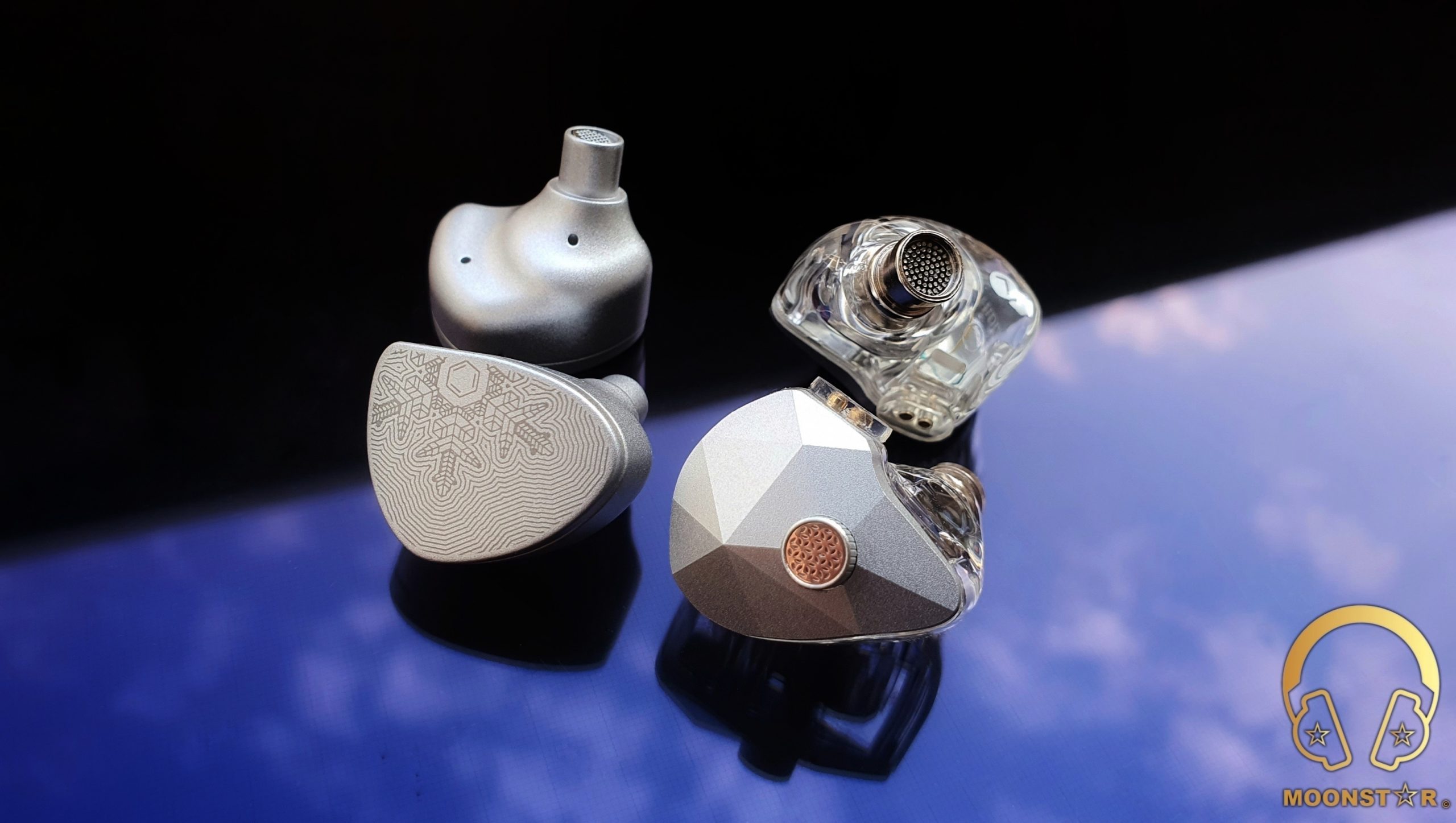 The upper midrange and treble region of the Moondrop Aria Snow Edition offers a slightly better sense of extension and control, while both IEM are pretty equal when it comes to the resolution.

The soundstage of the Moondrop Aria Snow Edition shows slightly more wideness compared to the Hidizs MM2, while both are pretty similar when it comes to the depth and height of the stage.

Both the Ikko OH2 and the Moondrop Aria Snow Edition do feature a single dynamic driver configuration. The Aria Snow Edition has a CNC engraved Metal housing while the OH2 has a monitor shell made from Metal and Transparent Polycarbonate material. 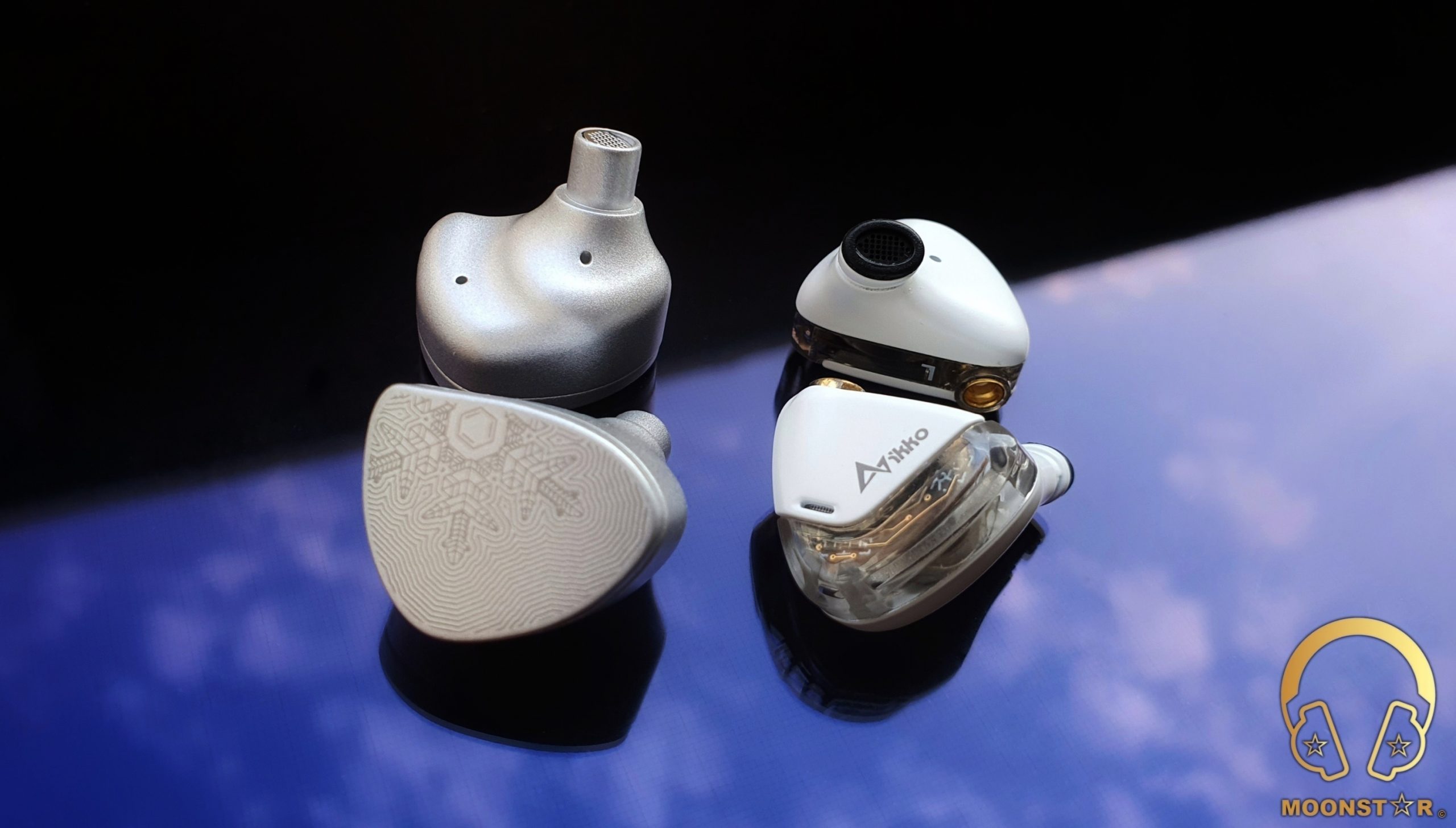 Both In-Ear Monitors do offers a fairly precise placement and separation of instruments and vocals. The Aria Snow Edition has the slightly edge when it comes to the depth of the stage, while both IEM’s do have a relative similar performance when it comes to the wideness of the soundstage. 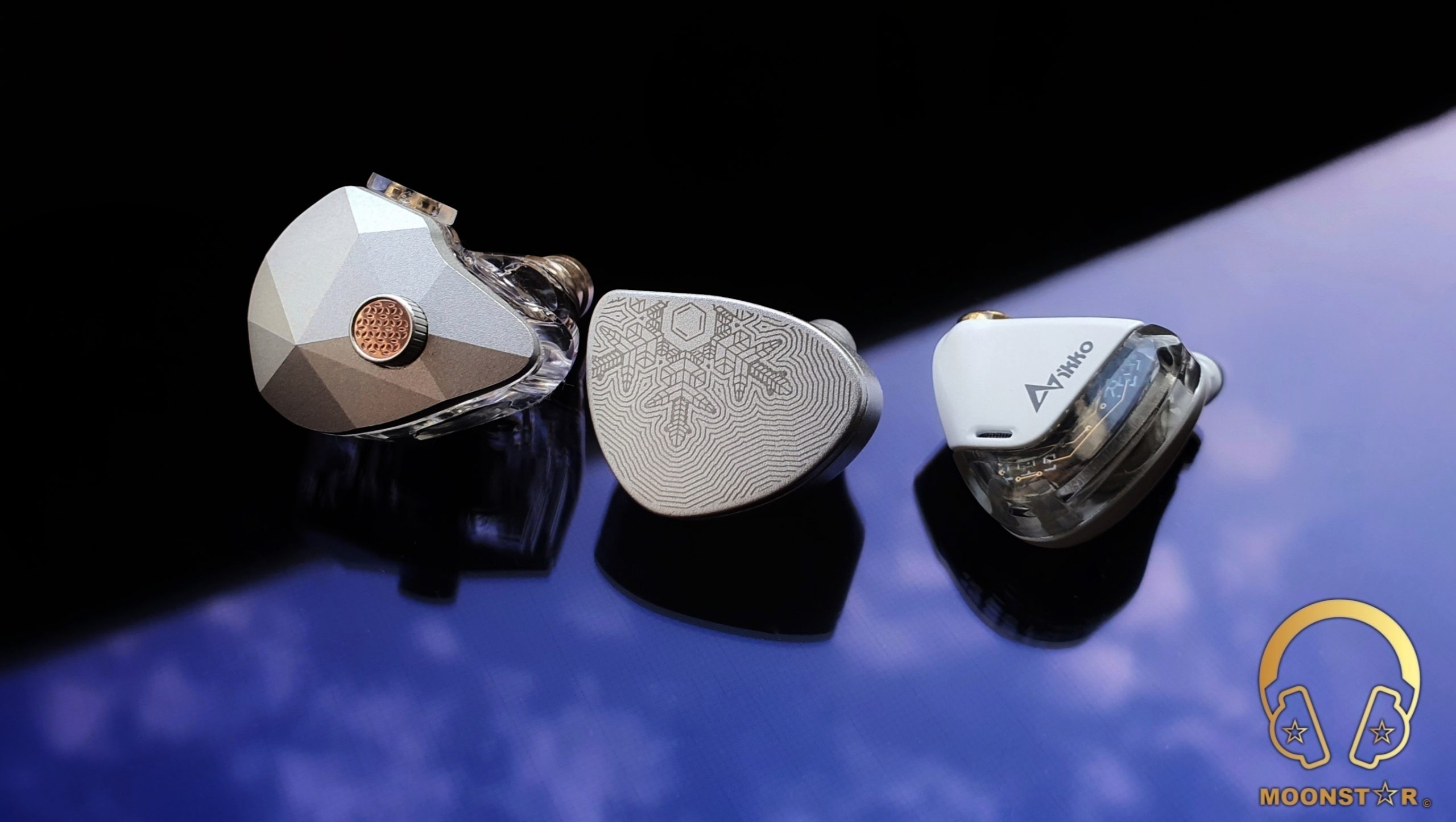 The Aria Snow Edition is another gorgeous looking IEM from Moondrop with its beautiful Snowflake faceplate design. It follows the companies popular VDSF target frequency response, which is a safe, balanced and pretty enjoyable tuning, produced with its latest DLC diaphragm dynamic driver. The competitive pricing, esthetic design and balanced sound profile do make the Aria Snow Edition to an easy to recommend earphone.