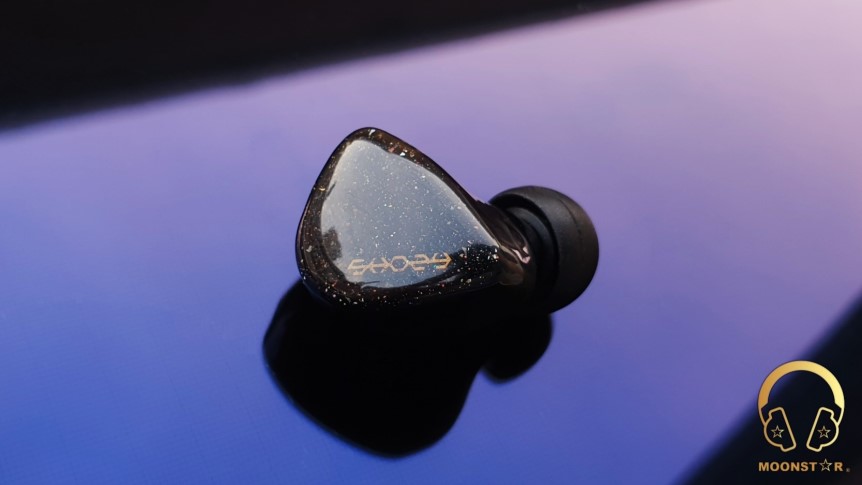 SHOZY was formed by an experienced engineering and designing team to offer portable audiophile products of exceptional design, build and sound quality. The team has been researching into acoustic design, circuitry design and material implementations and has released some popular products such as the SHOZY Alien Digital Audio Player, SHOZY Magic DAC and earphones like the SHOZY BK earbud or In-Ear Monitors such as the SHOZY Zero, Hibiki, Pola and many more.

The SHOZY Form 1.1 that I will now review for you is an In-Ear Monitor with a Hybrid Driver configuration that features a single 9.2mm diameter beryllium coated dynamic driver and 1 x single balanced armature driver that is responsible for the midrange and treble region.

It is also the first product in the Form Series with premium hand crafted resin body design and a cosmic themed faceplate and newly designed air vent. 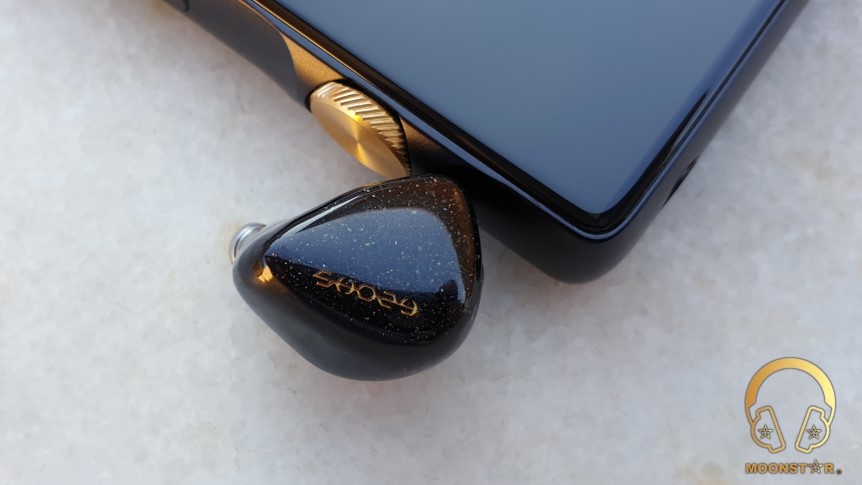 I would like to thank SHOZY for providing me the Form 1.1 IEM for review purposes. I am not affiliated with SHOZY beyond this review and these words reflect my true and unaltered opinions about the product.

The MSRP price for the SHOZY Form 1.1 around $75.00 USD and can be purchased under the following link.

The SHOZY Form 1.1 came in a pretty small cardboard box which has the illustration of the Form 1.1 IEM on the top and some technical details at the back of that box. 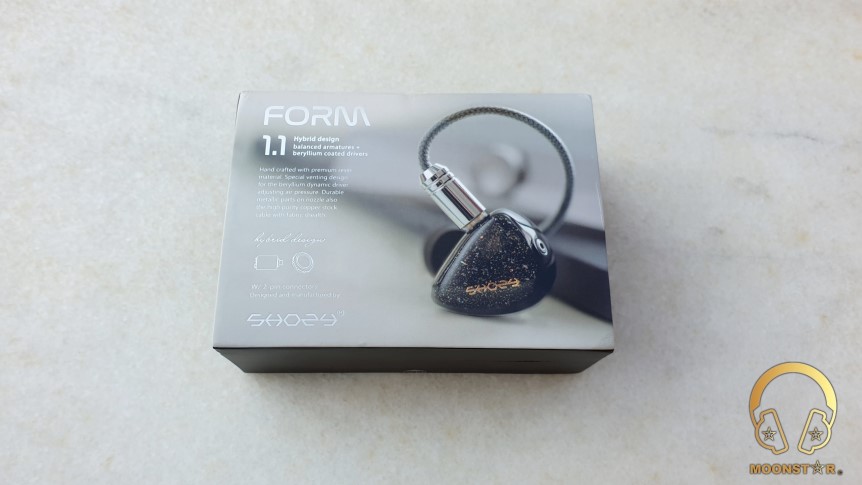 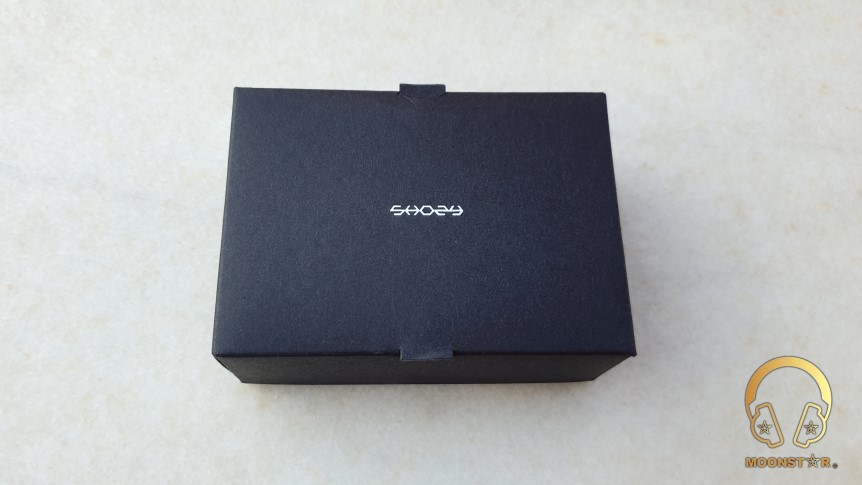 This box does include following items/accessories; 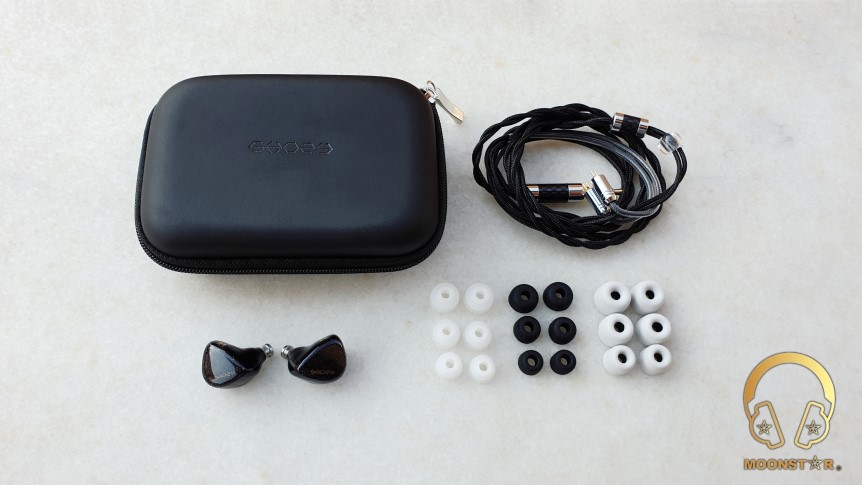 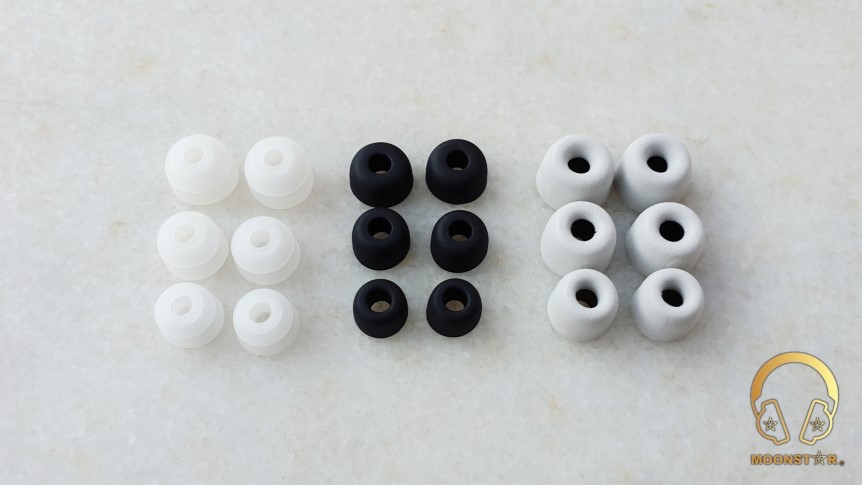 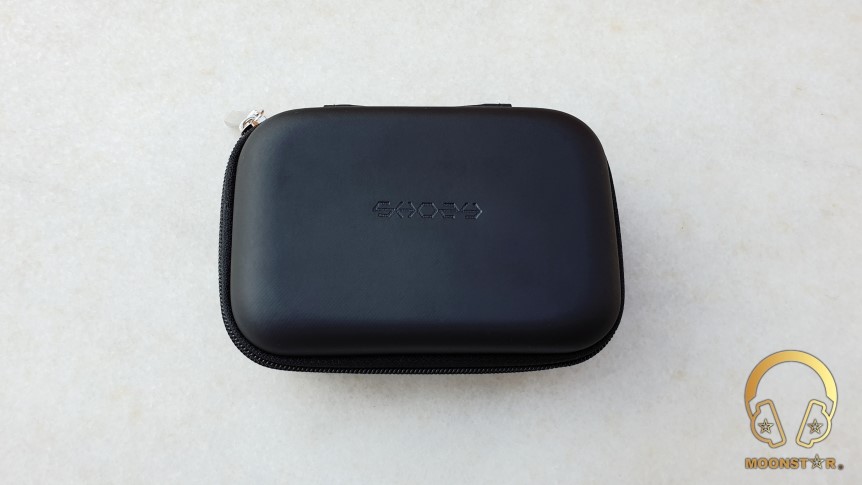 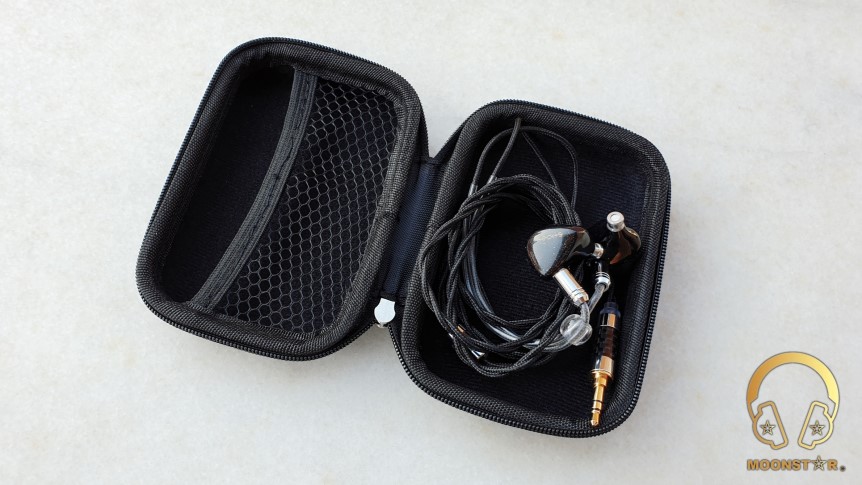 The SHOZY Form 1.1 is the first product in the Form Series with a premium hand crafted resin body design. The semi-custom shaped monitor shell is pretty small in size and fits comfortable to my medium sized ears, without to hurt the inner ear concha after longer listening periods.

On the front of the monitor shell is the so called cosmic themed faceplate with iridescent flacks and the SHOZY brand logo in gold color that looks pretty cool to my eyes.

At the backside of the monitor shell is a newly designed air vent with a metal ring in silver color. 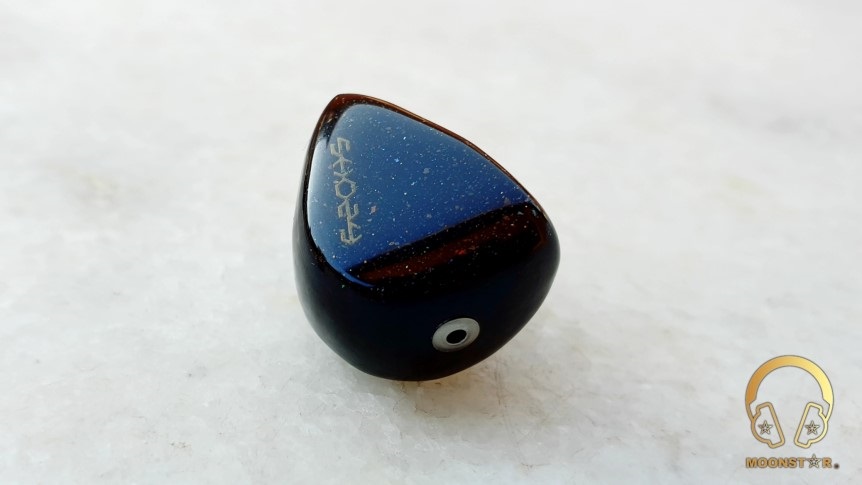 The inner surface of the SHOZY Form 1.1 monitor features a slightly angled metal sound nozzle which has a short profile. On the top of those nozzle is a fine mesh/filter to avoid penetrates of particles such like dust or earwax etc. 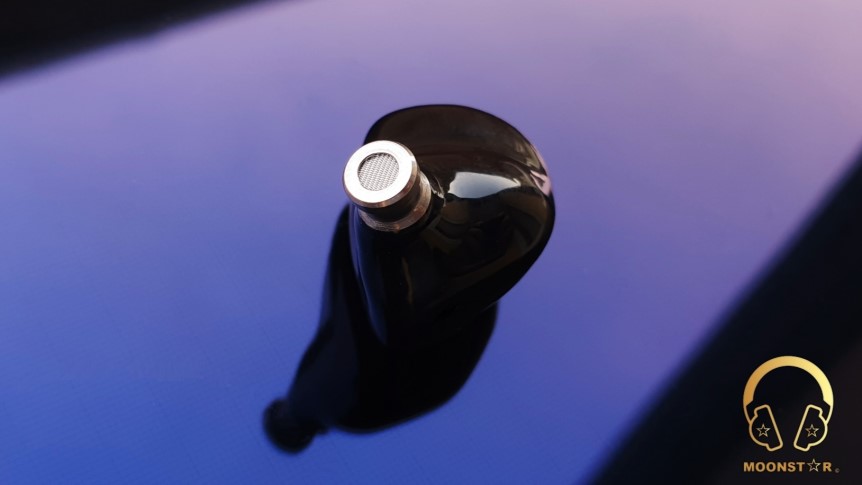 O the top of the monitor shell is the 0.78mm diameter 2-Pin female connector that offers a tight and secure connection. 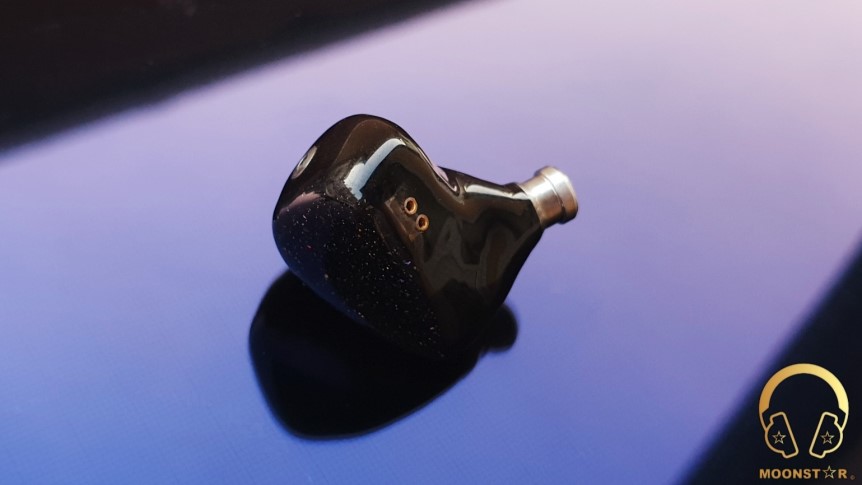 The overall build quality of the Monitor is top notch while the isolation is on a sufficient level for the use in moderate noisy environments like bus, train, subway, etc.

The SHOZY Form 1.1 comes with a detachable cable that features 0.78mm diameter 2-Pin male connectors. Each connector housing is made of metal with a glossy surface that features left and right indicators (red for right & transparent for the left earpiece). 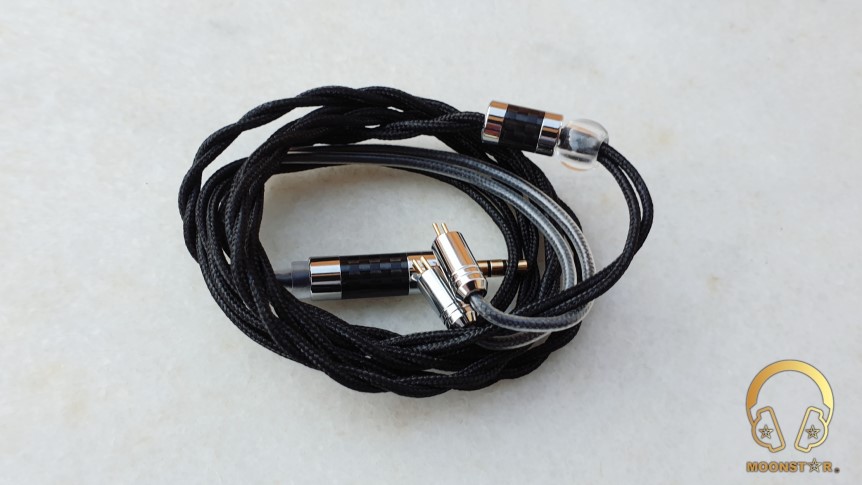 The cable has a braided design and is made of pure (no technical details) cooper wire that features a nice fabric shielding in black color. 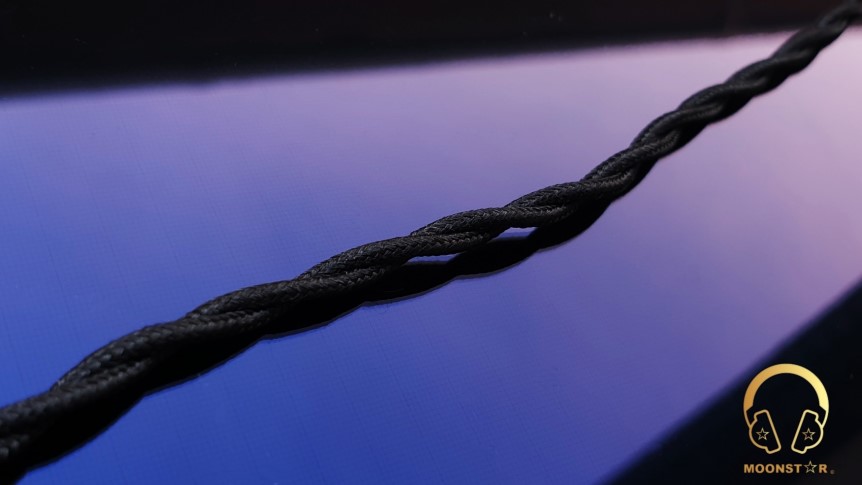 There cable sports a metal Y splitter with carbon fiber texture and a transparent plastic chin slider that gives the cable a nice premium look. 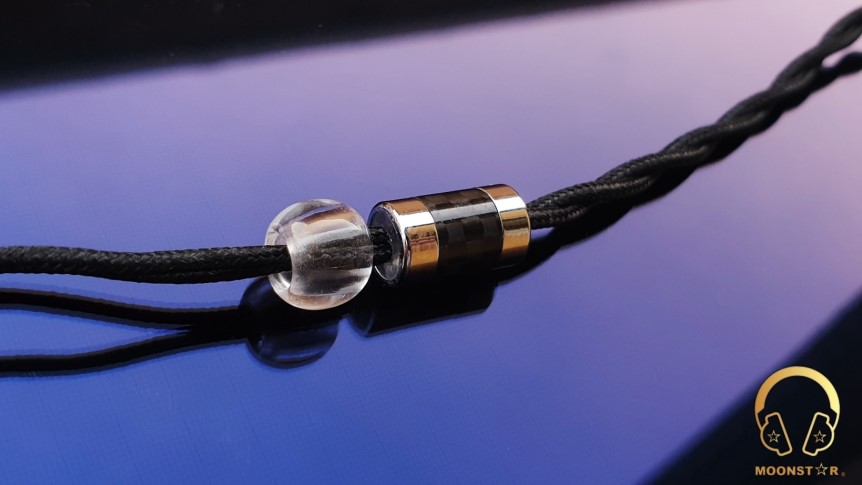 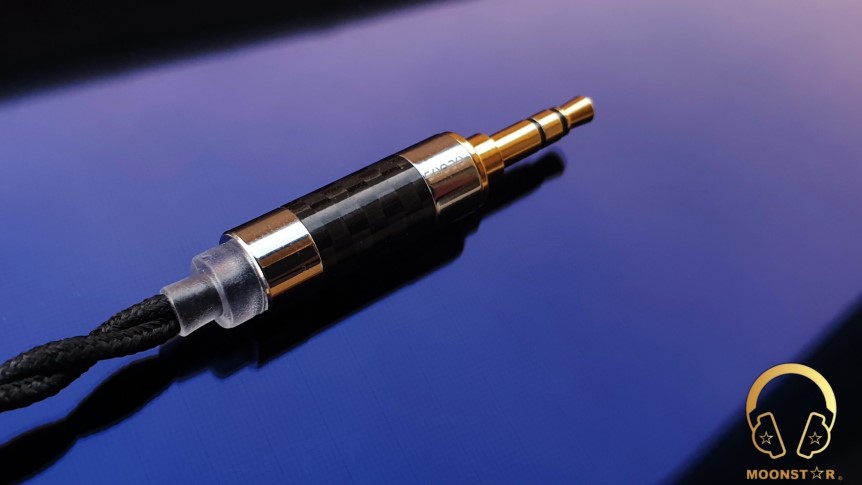 The SHOZY Form 1.1 is an easy to drive IEM with an impedance of 19 ohms and a sensitivity of 100dB. My test with several devices shows that the Form 1.1 can be used with relative weak sources like Smartphone’s, Tablets and smaller sized DAP’s. 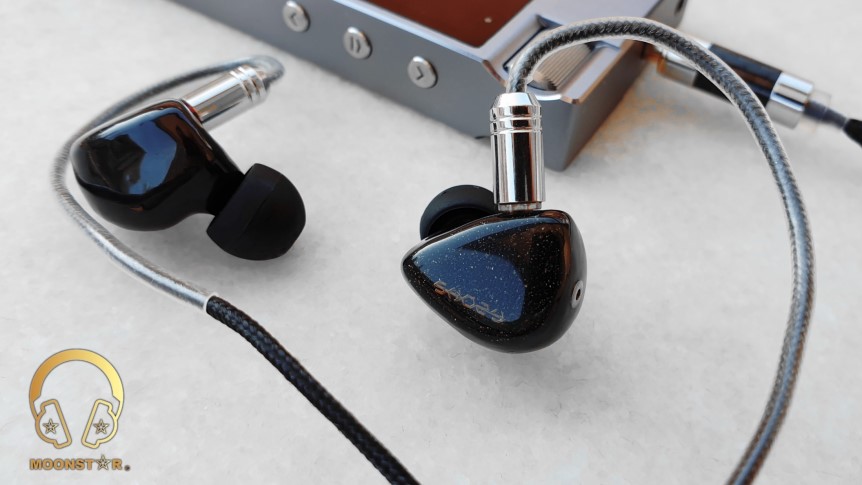 The SHOZY Form 1.1 has a strongly V shaped sound signature with a warmish midrange tonality, fairly fast and deep bass reproduction and a treble range that shows a good control and extension for a product at this price range.

The midbass region on the other hand has a strong and impactful presentation, with an overall quantity and intensity that is above average, which is slightly behind in effectiveness compared to the subbass region. Both the subbass and the midbass area are highlighted that doesn’t shows negative situations like a midbass hump with exception of bass-heavy songs.

SHOZY Form 1.1 has in general a bass presentation with moderate speed, control ant tightness, without to show negative side effects like muddiness and mixings. 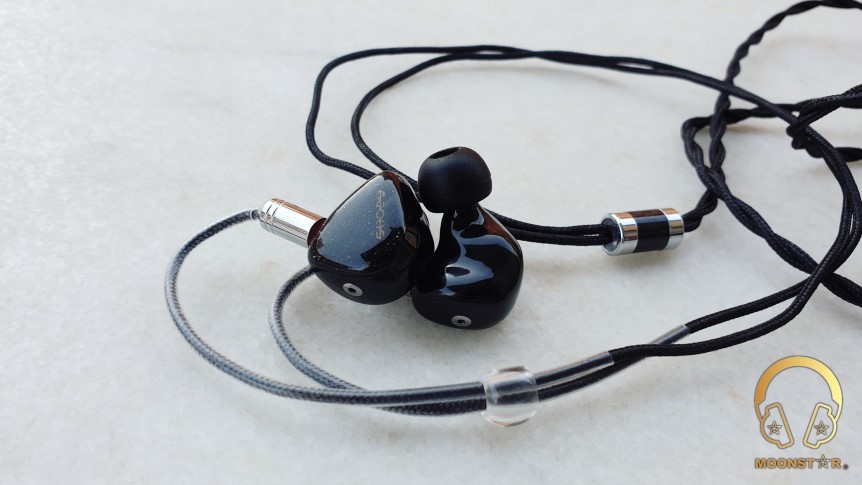 The midrange of the SHOZY Form 1.1 is recessed due to the strongly V shaped sound signature, with a tonality that is in general warmish and soft, and that has an average transparency and airiness.

Female vocals do sound more upfront than male vocals and have a better level of clarity. Male vocals are presented with a good level of warmth and fullness, without to show negative situations like mixings or harshness.

The female vocal presentation of the SHOZY Form 1.1 is more detailed and upfront compared to male vocals due to the pronounced upper midrange, while the level of clarity, brightness and transparency is on an average level. Female voices have a pretty emotional and musical tonality, while the extension of soprano vocals is a bit short. Other than that, there is not much problem in this region.

When it comes to the instrument presentation of the SHOZY Form 1.1, I can say that it has a warmish slightly bassy presentation. The performance in terms of clarity and separation is in general above its price point. Instruments like guitars are a bit bassy and bright, with good level of speed and resolution. Other instruments like violas do sound warm and emotional what I really liked about the SHOZY Form 1.1. Pianos on the other hand are mildly bright and soft in tonality. 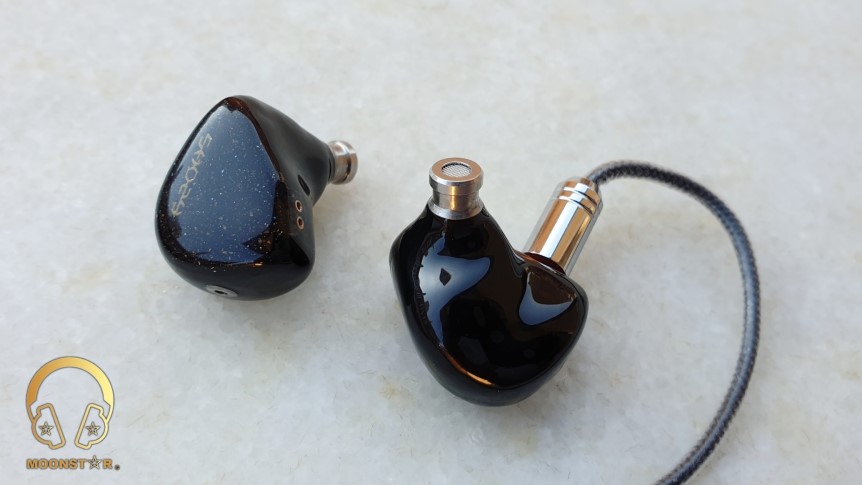 The SHOZY Form 1.1 has slightly pronounced, soft and well-balanced upper midrange presentation that is very controlled, while the level of transparency and airiness is on an average level. The upper midrange transitions are fairly soft and controlled, even in genres like metal music.

The treble range of the SHOZY Form 1.1 is as pronounced like its low frequency region due to the strongly V shaped tuning. The treble notes are a bit thin, while the level of brightness and airiness is on a good level. The sharp treble tuning may excess to some listeners who are sensitive to treble.

The treble range has in general a good level of extension and intensity. Instruments like Hi-hats do sound clear and pronounced, while other instruments like crash and ride cymbals are quite sharp and extend pretty well. The SHOZY Form 1.1 is also ideal for those who like to listen to EDM, POP and enjoy a sharp treble tonality beside impactful bass notes.

The SHOZY Form 1.1 has a sufficient performance for an IEM under 100 USD when it comes to separation and positioning of instruments and vocals. The soundstage where the instruments are placed shows a better performance in terms of depth than its wideness, which is on an average level.

The DAWNWOOD ST08 has more neutral and brighter tonality compared to the SHZOY Form 1.1 The subbass region of the Form 1.1 is more successful in terms of depth and extension, while the general bass character of the ST08 is more linear with less depth and impact.

The midrange of the DAWNWOOD ST08 shows a fairly neutral and a slightly bright tonality, while the SHOZY Form 1.1 has a warmer and more entertaining tonality. The midrange of the ST08 shows a slightly better level of clarity. Both the DAWNWOOD ST08 and the SHOZY Form 1.1 are more successful in terms of detail retrieval of female vocal. 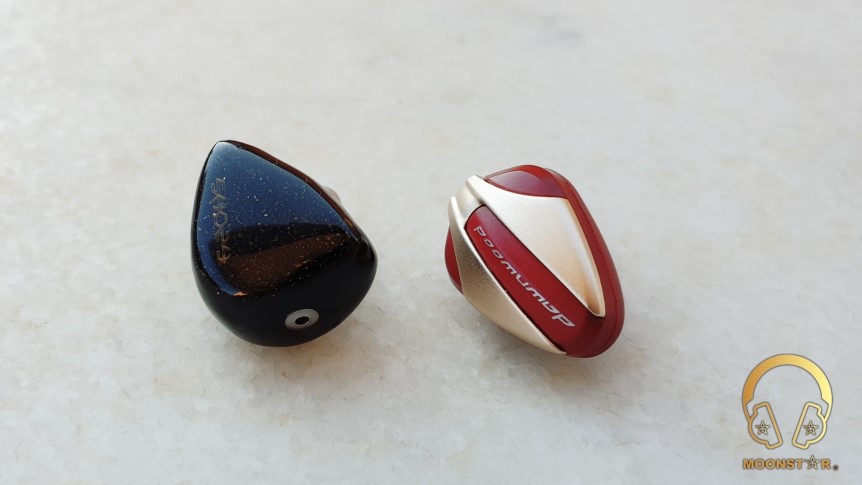 The upper midrange and treble region of the SHOZY Form 1.1 has the upper hand in terms of extension, detail and airiness compared to the DAWNWOOD ST08.

The soundstage of the SHOZY Form 1.1 is more successful when it comes to the depth, while the DAWNWOOD ST08 has a wider stage.

The midrange of both the SHOZY Form 1.1 and the MZEZE 12 Classics is recessed due to the V shaped sound signature. The midrange of the SHOZY Form 1.1 has the upper hand in terms of clarity and detail retrieval. When it comes to the vocal performance of both IEM’s I can say that I prefer the Form 1.1 for female vocals due to the more pronounced upper midrange and overall midrange clarity, and the MEZE 12 Classics for male vocals with its slightly fuller and deeper lower midrange tuning. 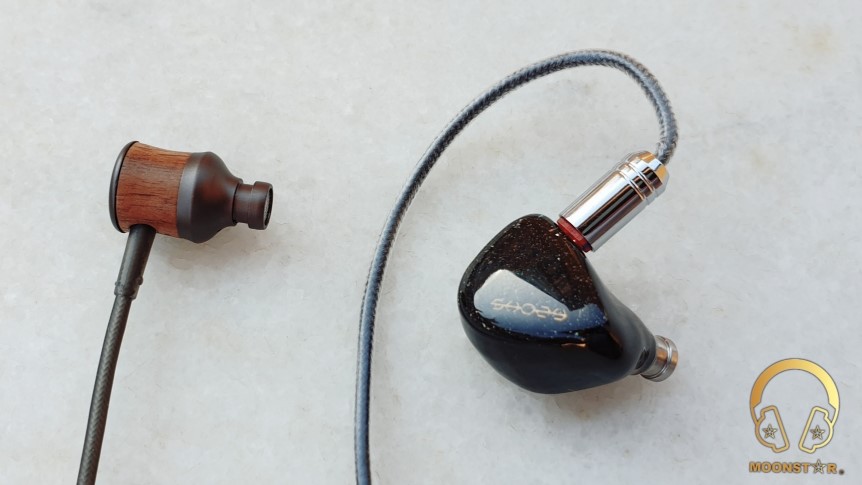 When it comes to the soundstage performance, I can say that the MEZE 12 Classics is slightly better in terms of wideness, while the SHOZY Form 1.1 has the upper hand for soundstage depth.

The SHOZY Form 1.1 is a beautifully handcrafted IEM, with a comfortable fit and a V shaped sound signature that will appeal to both your ears and your eyes, especially for those who are looking for tuning with a high fun factor. Moreover, all of this is features are offered for less than $ 100, which makes the SHOZY Form 1.1 to an In-Ear Monitor with a high-performance product.