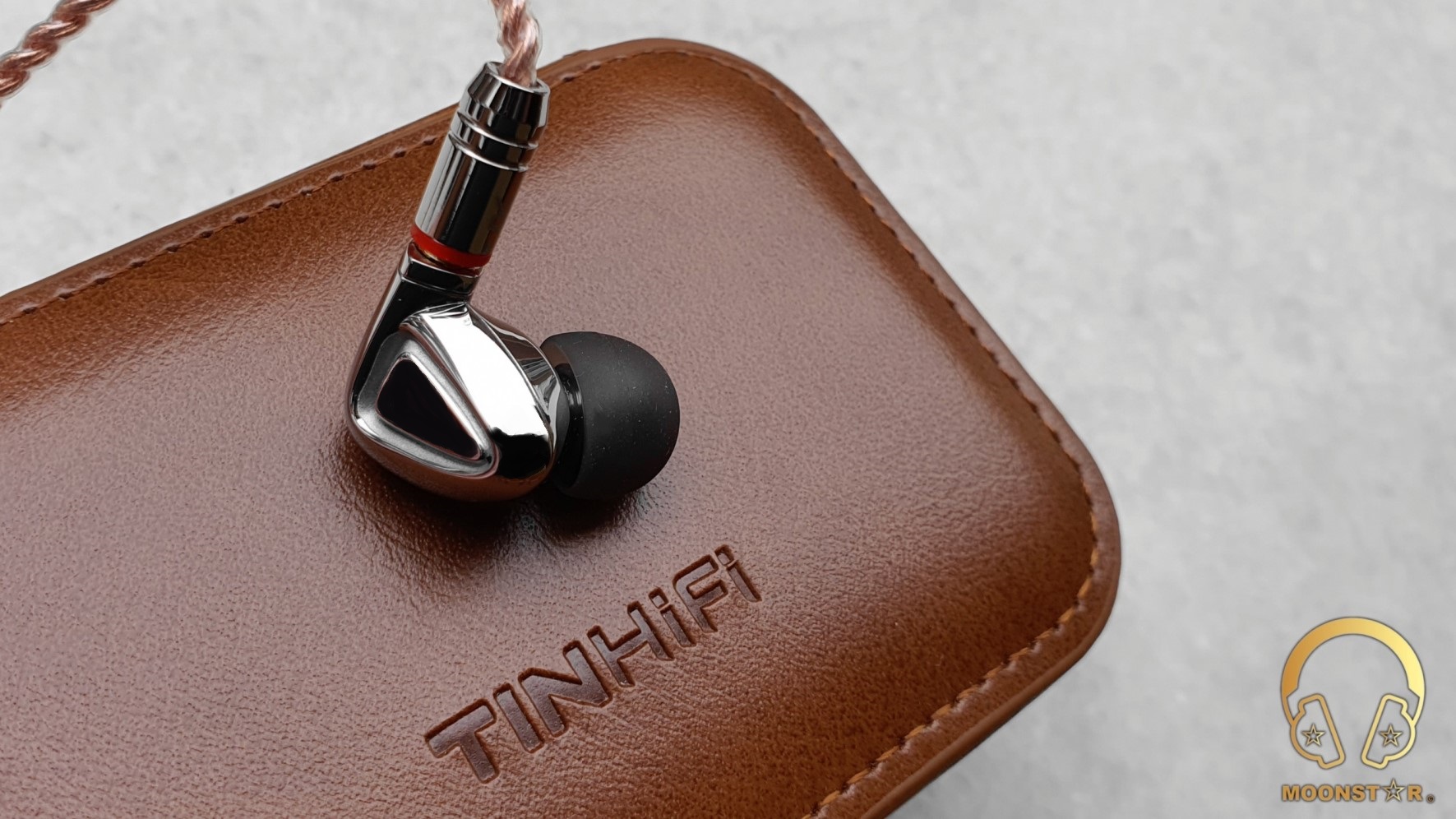 TIN HiFi (Zhongshan Dongting Electronics Technology CO. Ltd.) is a Chinese company located in Guangdong Province in China and is specialized in the production, design and development of portable audio products like In-Ear Monitor.

The P1 Plus is the latest member of the P Series In-Ear Monitors and the successor of the original P1 Universal IEM. It features a 10mm diameter Planar Magnetic Driver that is located inside Stainless Steel Monitor Housing, which is equipped with an MMCX connector for the 5N Oxygen Free Copper (OFC) wire detachable cable.

I would like to thank TIN HiFi for providing me the P1 Plus In-Ear Monitor as review sample. I am not affiliated with TIN HiFi or any third person beyond this review and all these words reflect my true, unaltered opinions about the product. 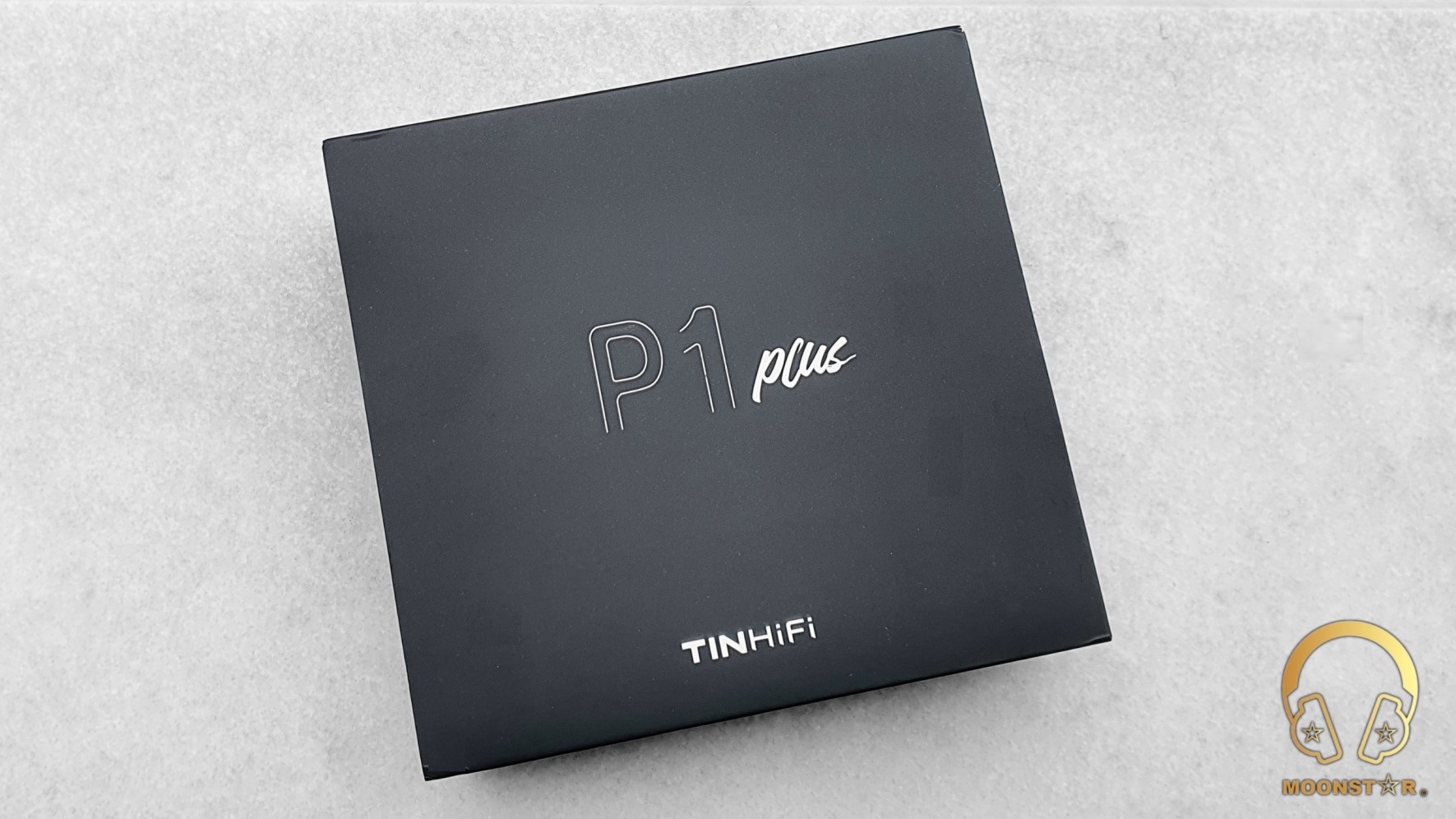 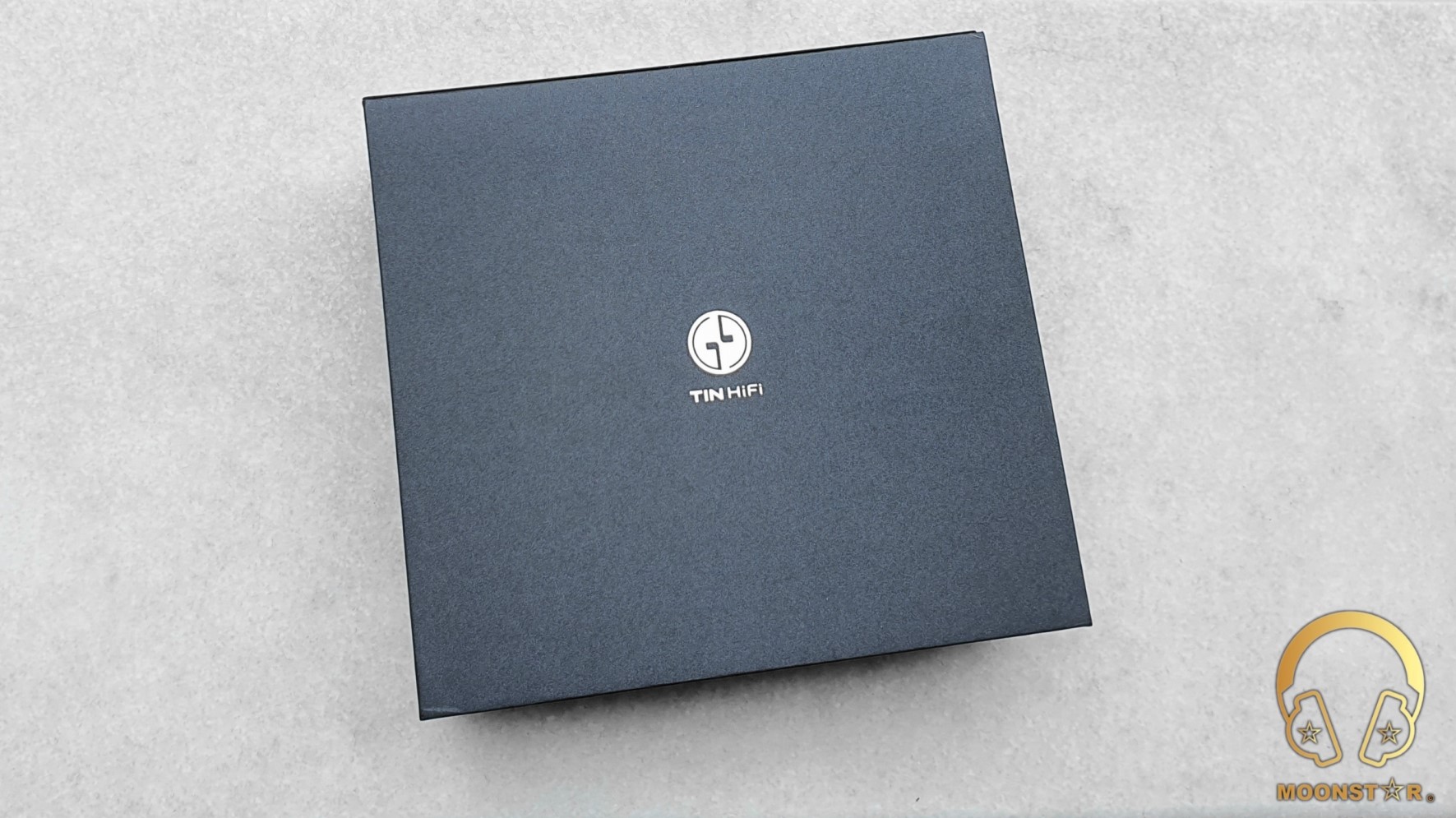 Inside the box are the following items/accessories; 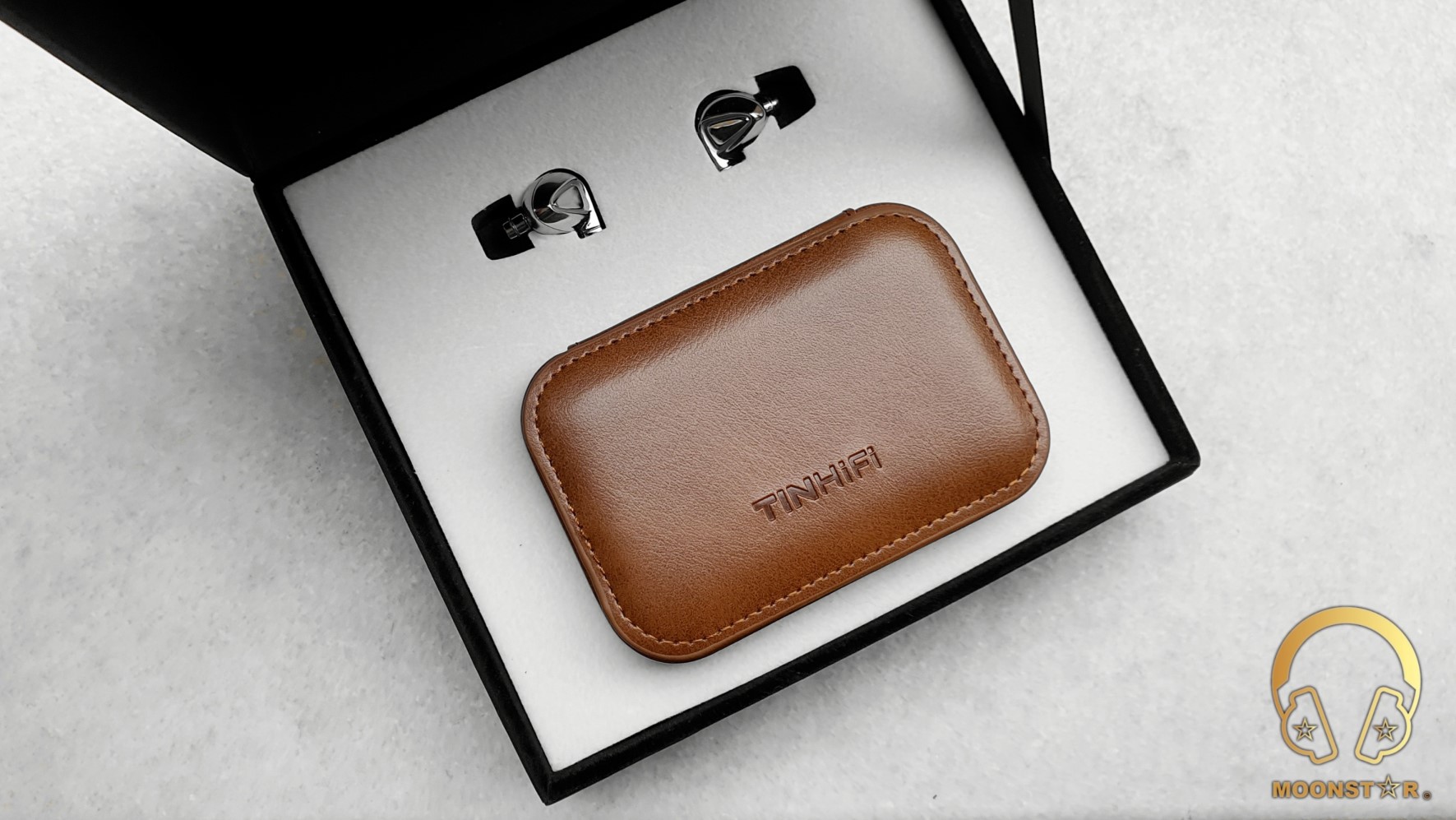 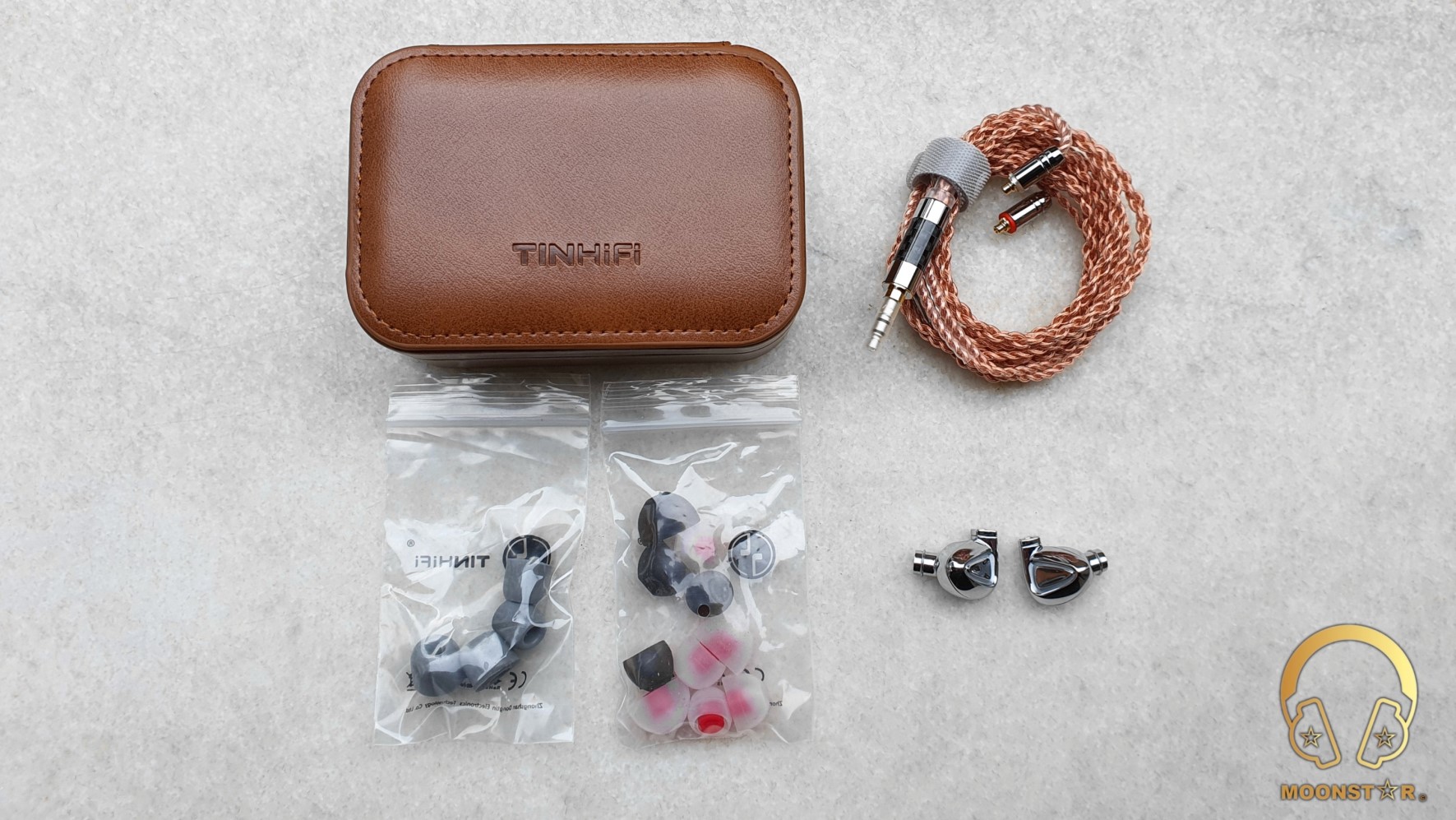 The TIN HiFi P1 Plus shares the same design with its predecessor the original P1. It has a monitor with a triangular shape and pretty small form factor that is made from Stainless Steel material with a glossy surface finish in silver. 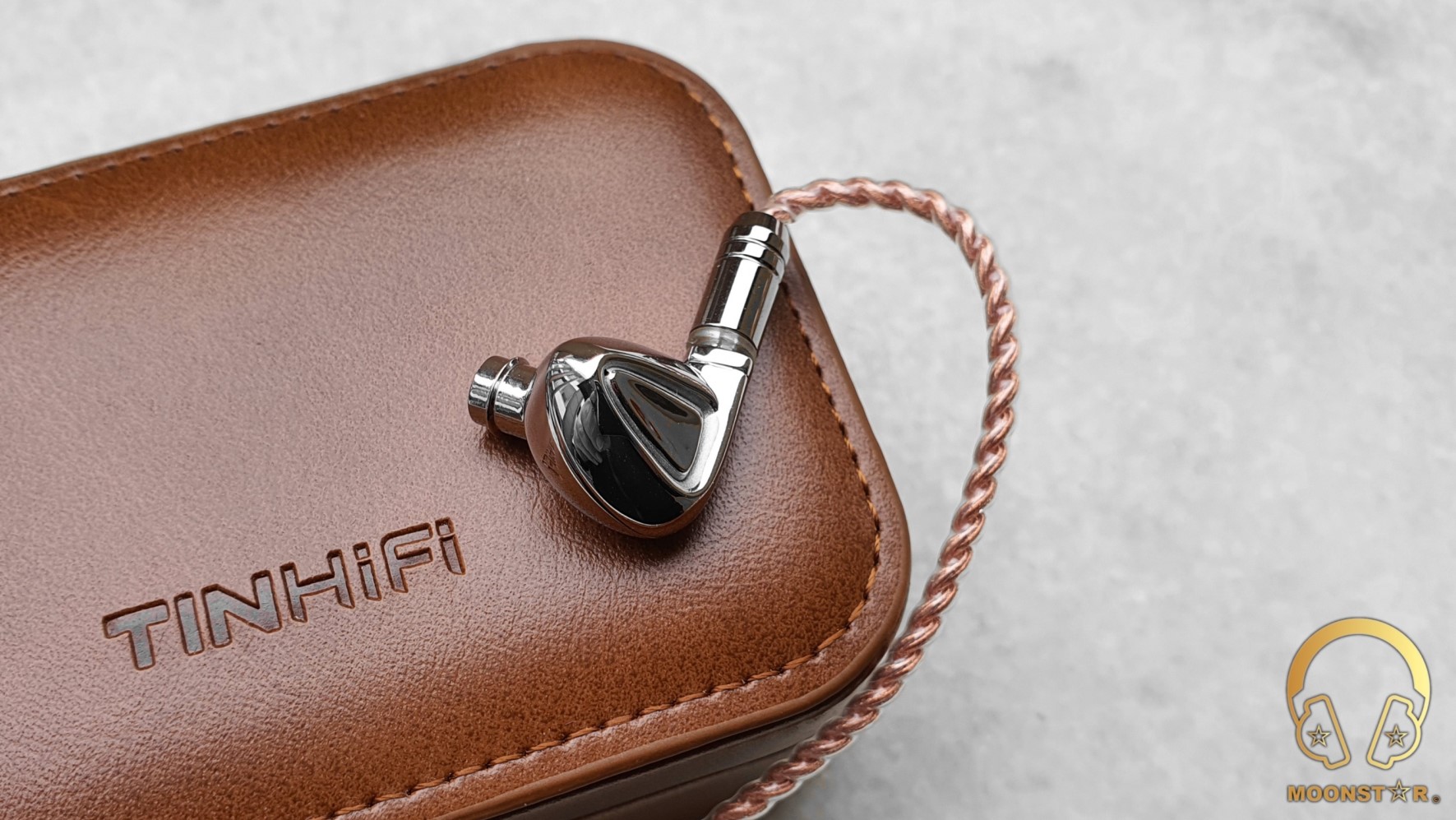 Inside the monitor shell is a 10mm diameter Planar Magnetic Driver that utilizes an Ultra-Nano Diaphragm with a thickness of just 1 micron, which allows a faster transient response. A total of 14 magnets on both sides of the film are evenly distributed, so that the force on the diaphragm is more horizontal and uniform, and the vibration frequency of the diaphragm is higher, so the distortion of the speaker is smaller. 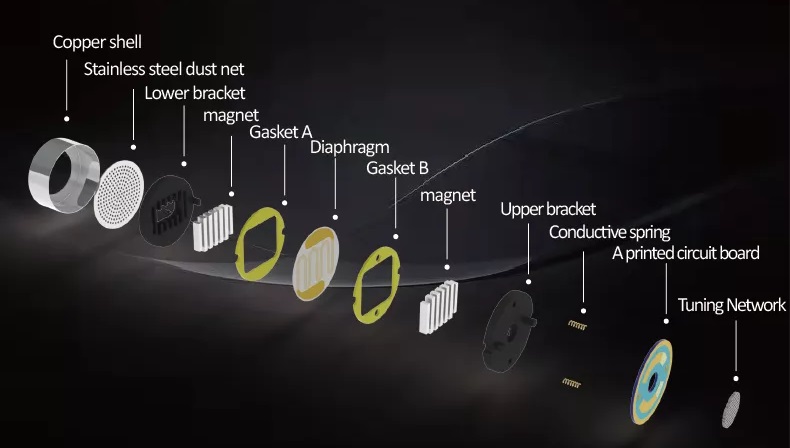 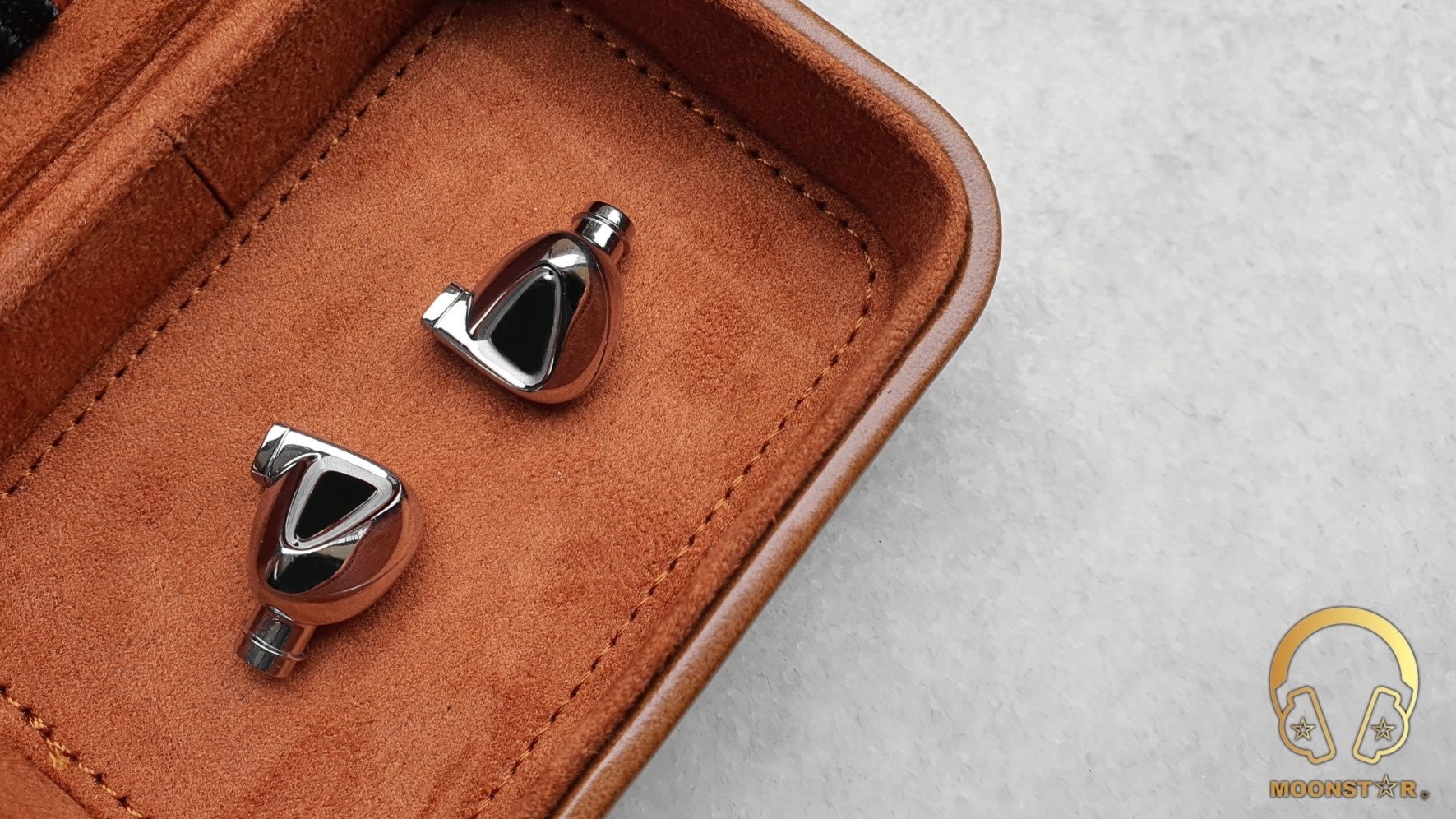 At the rear side the monitor shell is the slightly angled sound nozzle, a single vent and the L (Left) & R (Right) marking. 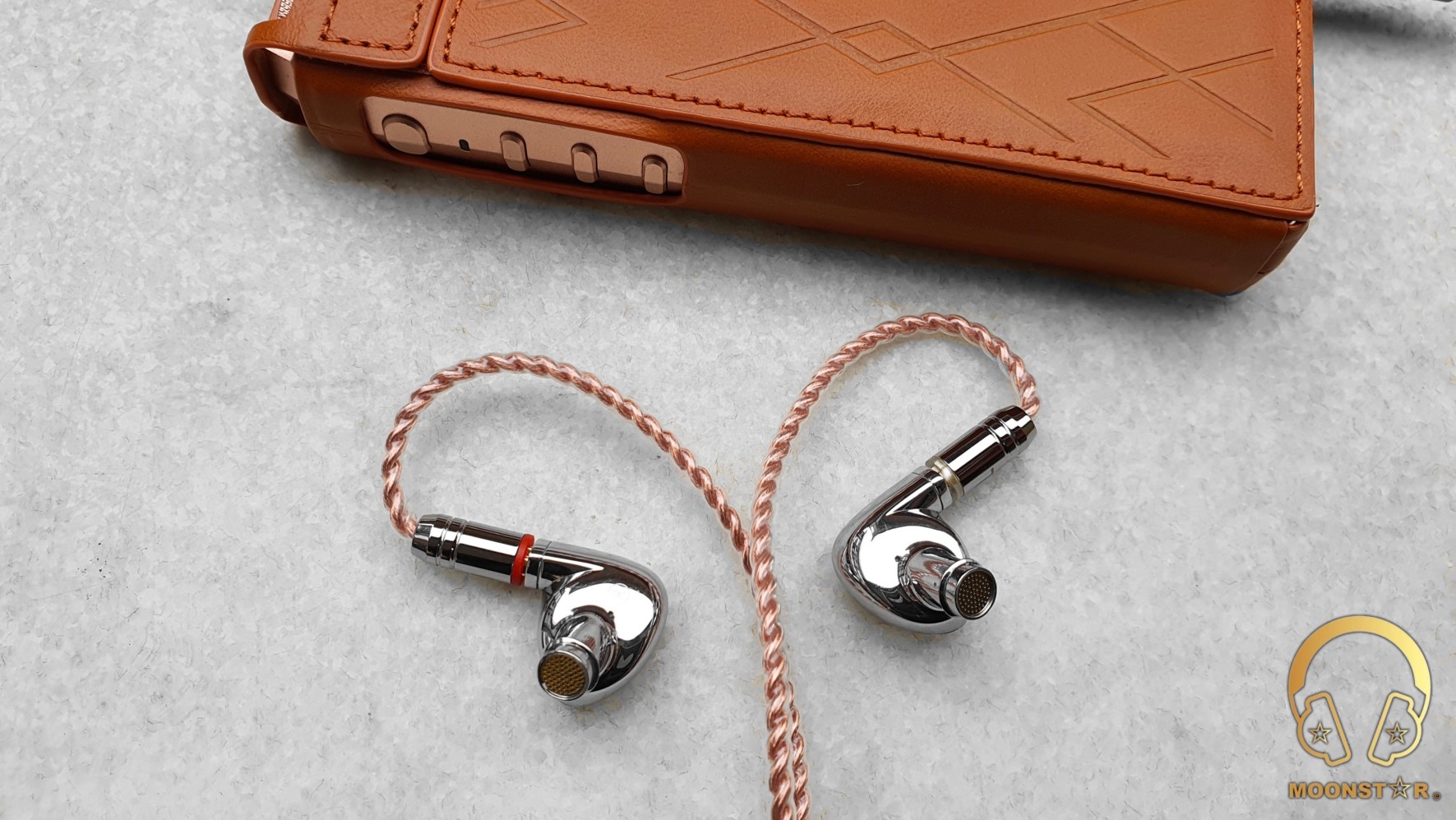 The sound nozzle features a metal mesh in gold color on the top to prevent the insertion of particles like dust, earwax, etc. 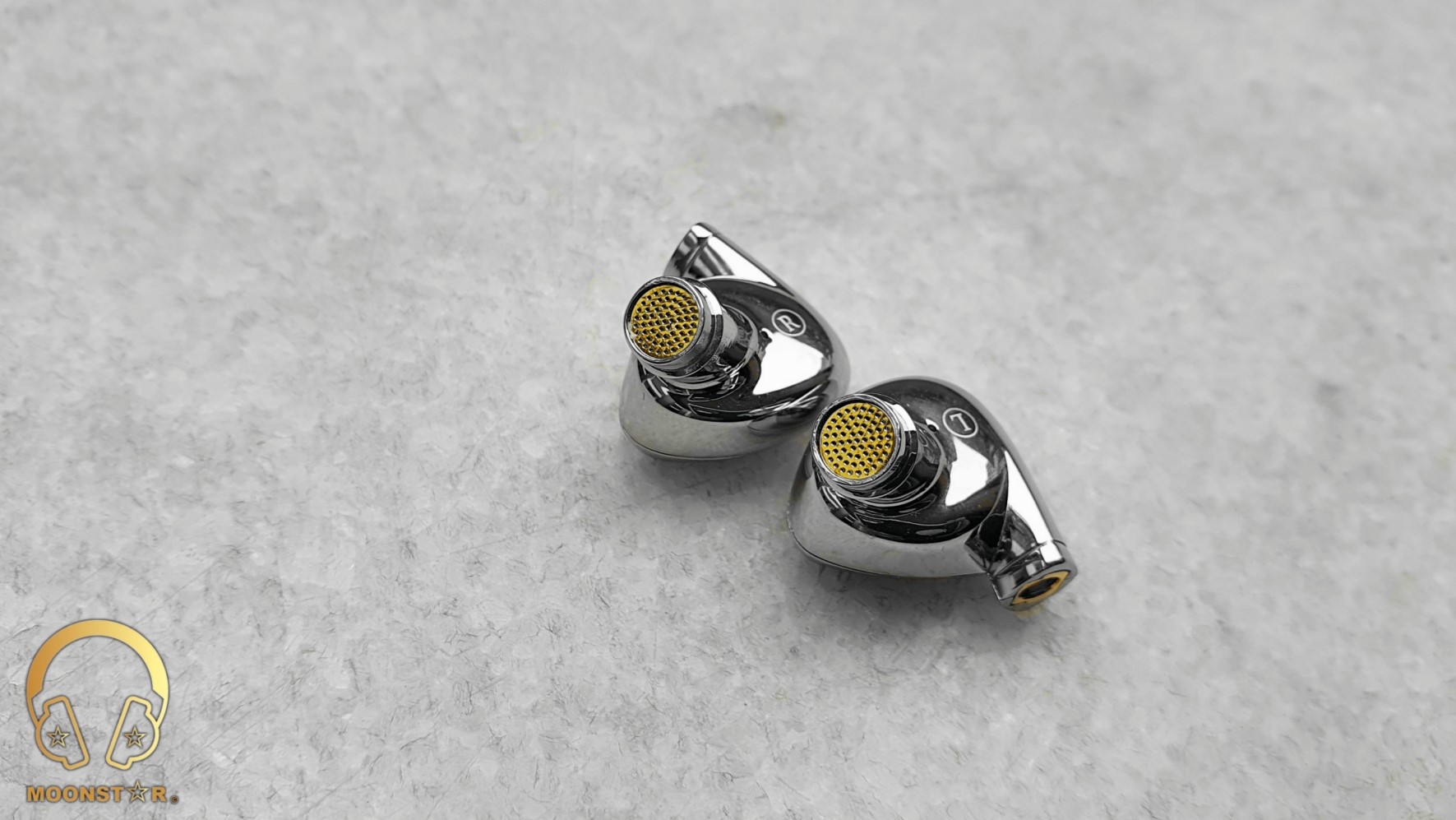 On the top of each monitor shell is the MMCX (Micro Miniature Coaxial) connector for the detachable cable insertion. 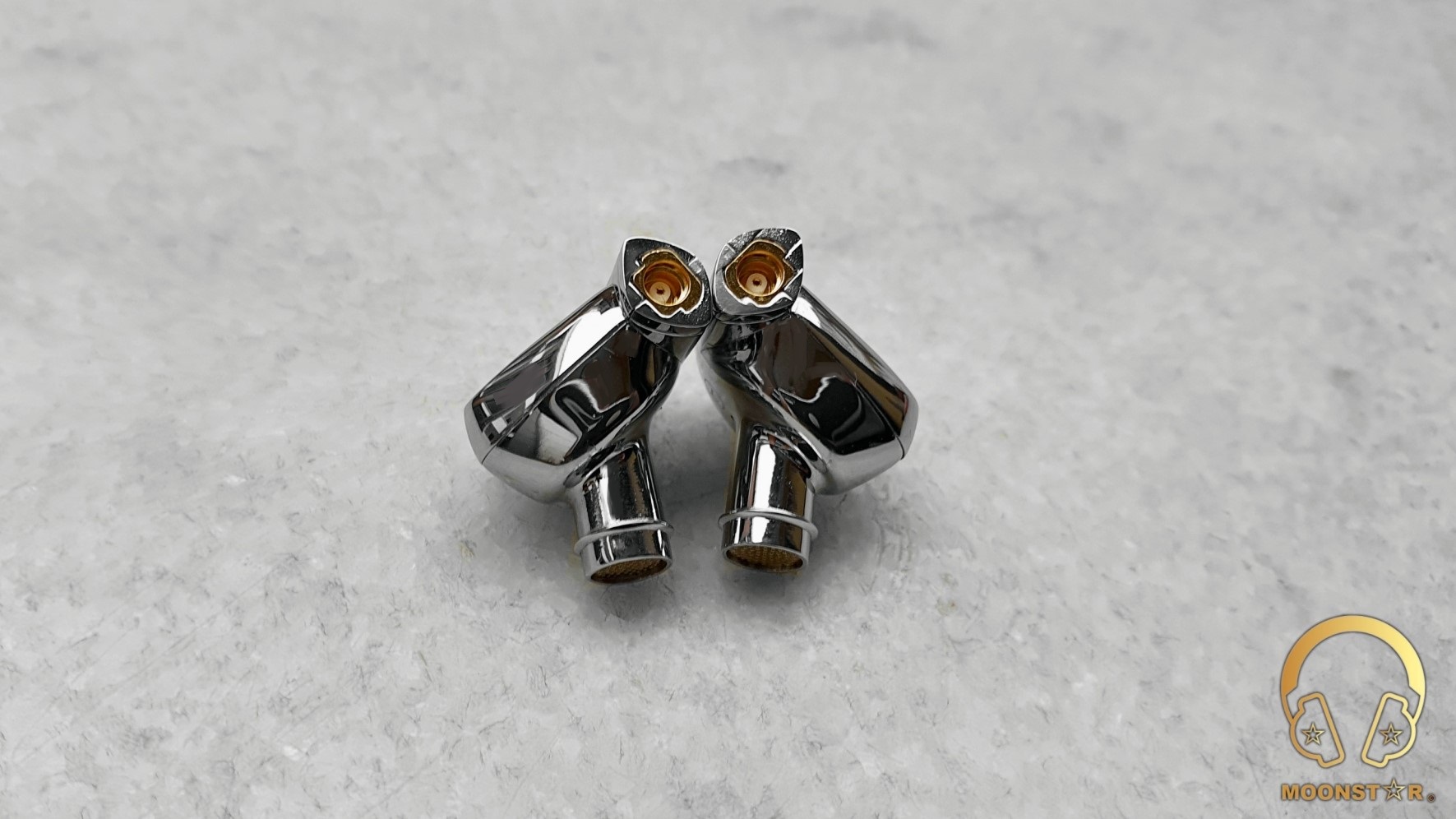 The overall build quality of the monitor shell is fine but not outstanding for a product at this price range especially compared to the TIN HiFi T5, which has a lower price. 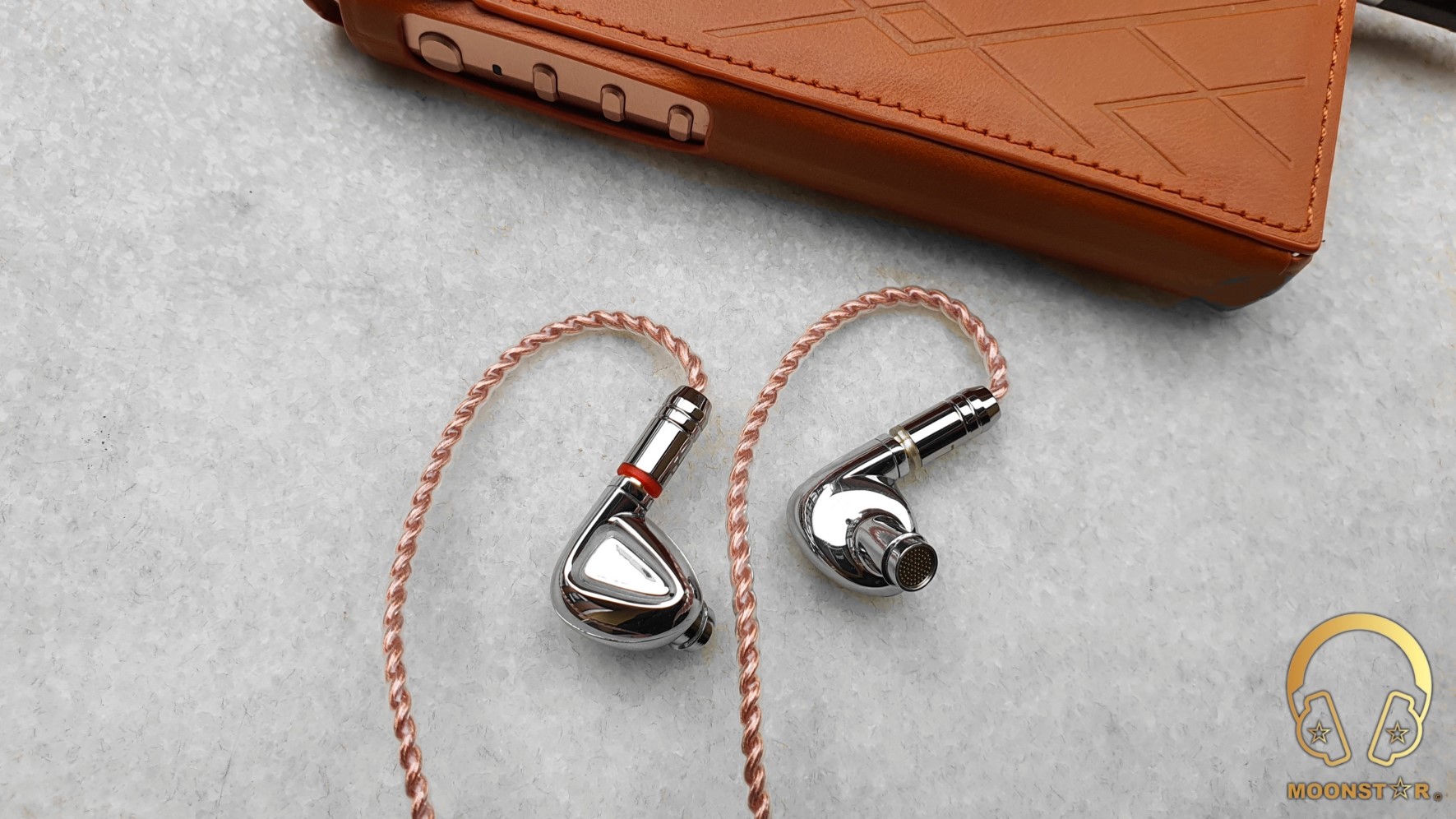 The TIN HiFi P1 Plus comes with a 4Core detachable made from a mix of 5N purity Oxygen Free Copper + 200D Kevlar material. 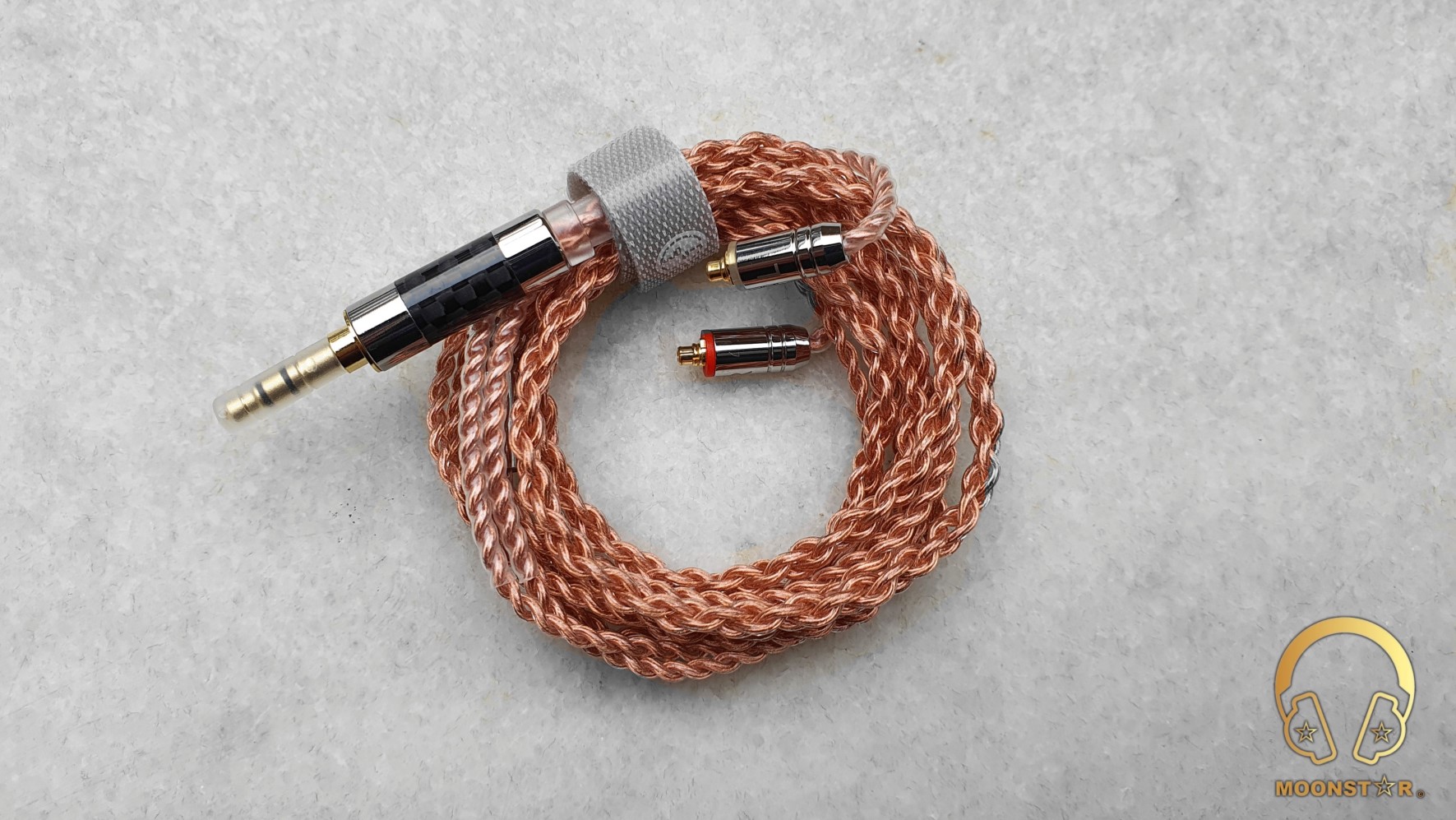 The cable has a braided design and sports a soft PVC insulation that offers a very low amount of microphonic effects. 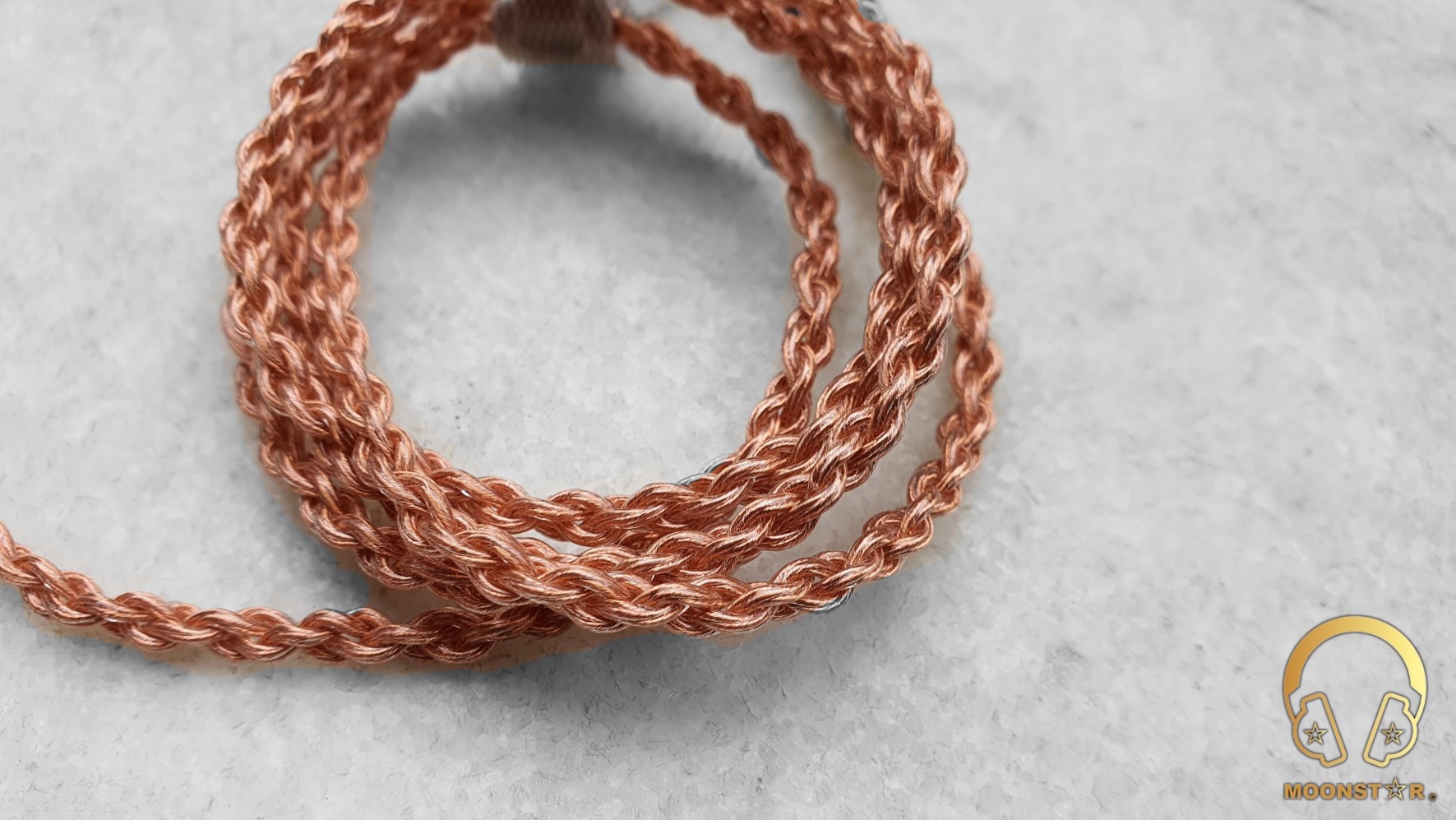 The MMXC male connectors do have a metal housing with a glossy silver finish that do sport L (Left) and R (Right) markings as well as plastic ring indicators in red for right and transparent for left the side. Near the left and right connectors are transparent heat shrink ear guides for extra comfort on the go. 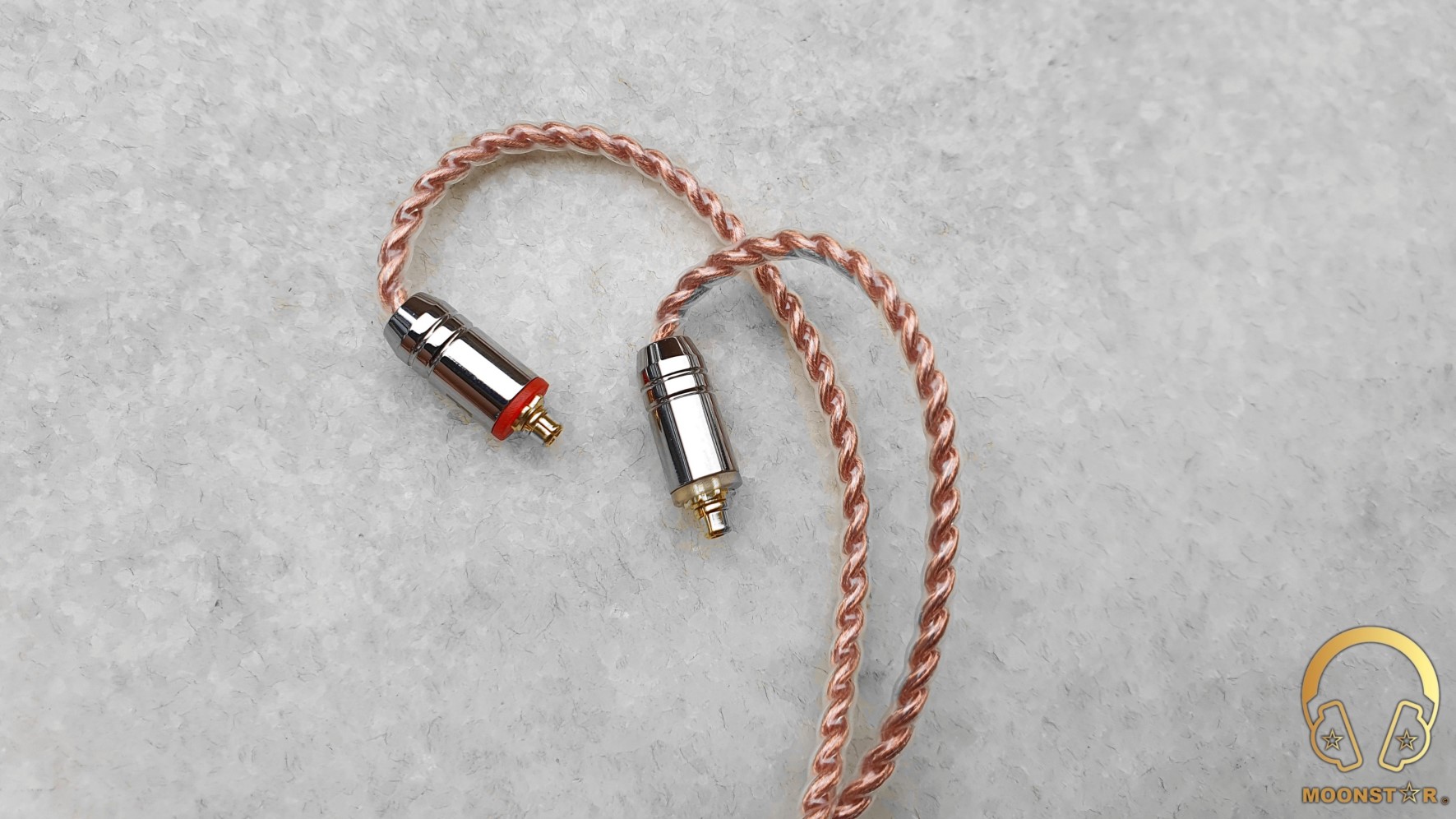 There cable has a metal chin slider and a metal y-splitter with the same glossy silver finish. The y-splitter sports the TIN HiFi brand logo on the top. 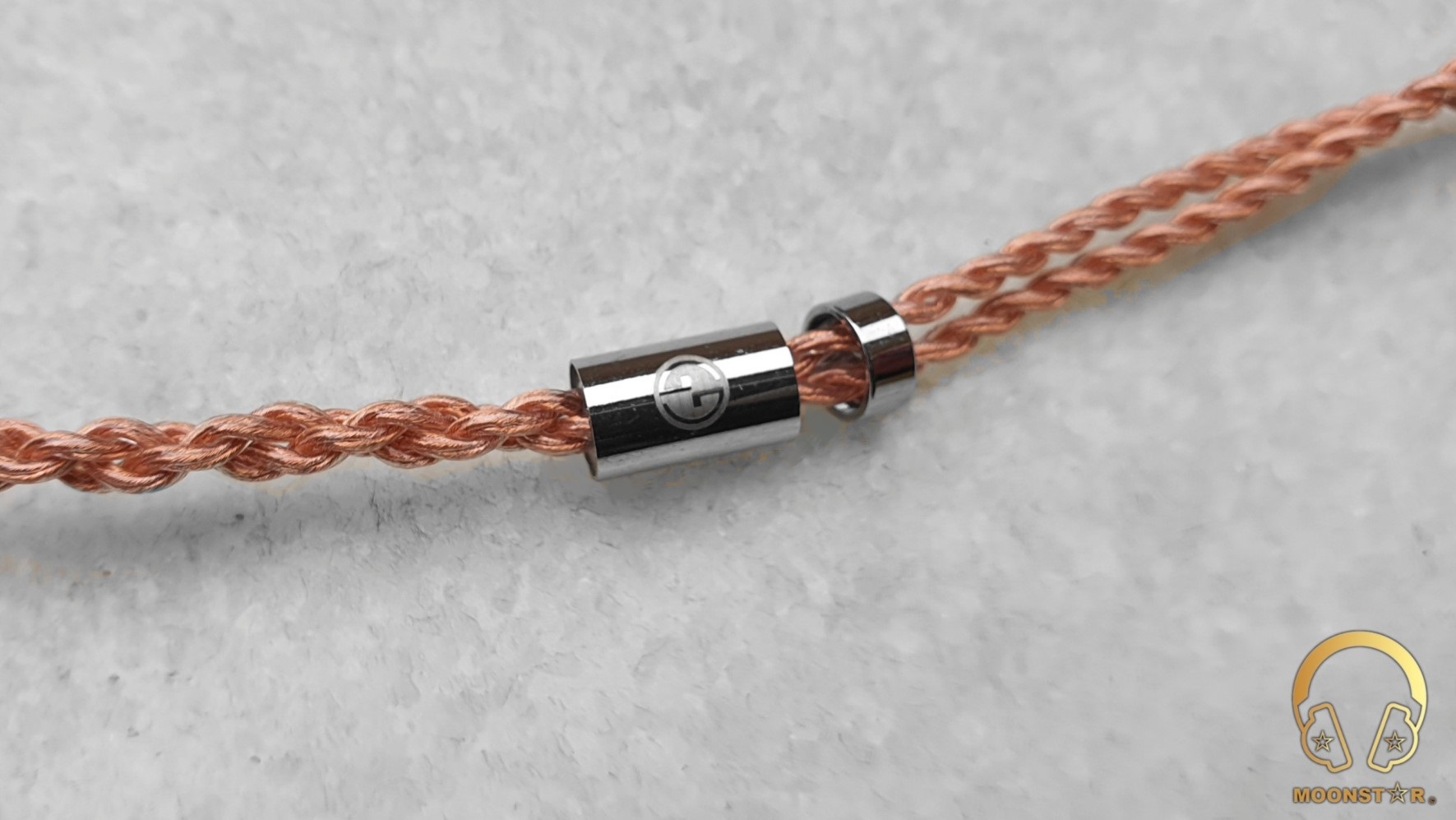 The cable features a 3.5mm Single Ended (TRS) balanced plug with a straight profiled headphone housing made from metal material that a part with a nice carbon fiber pattern. 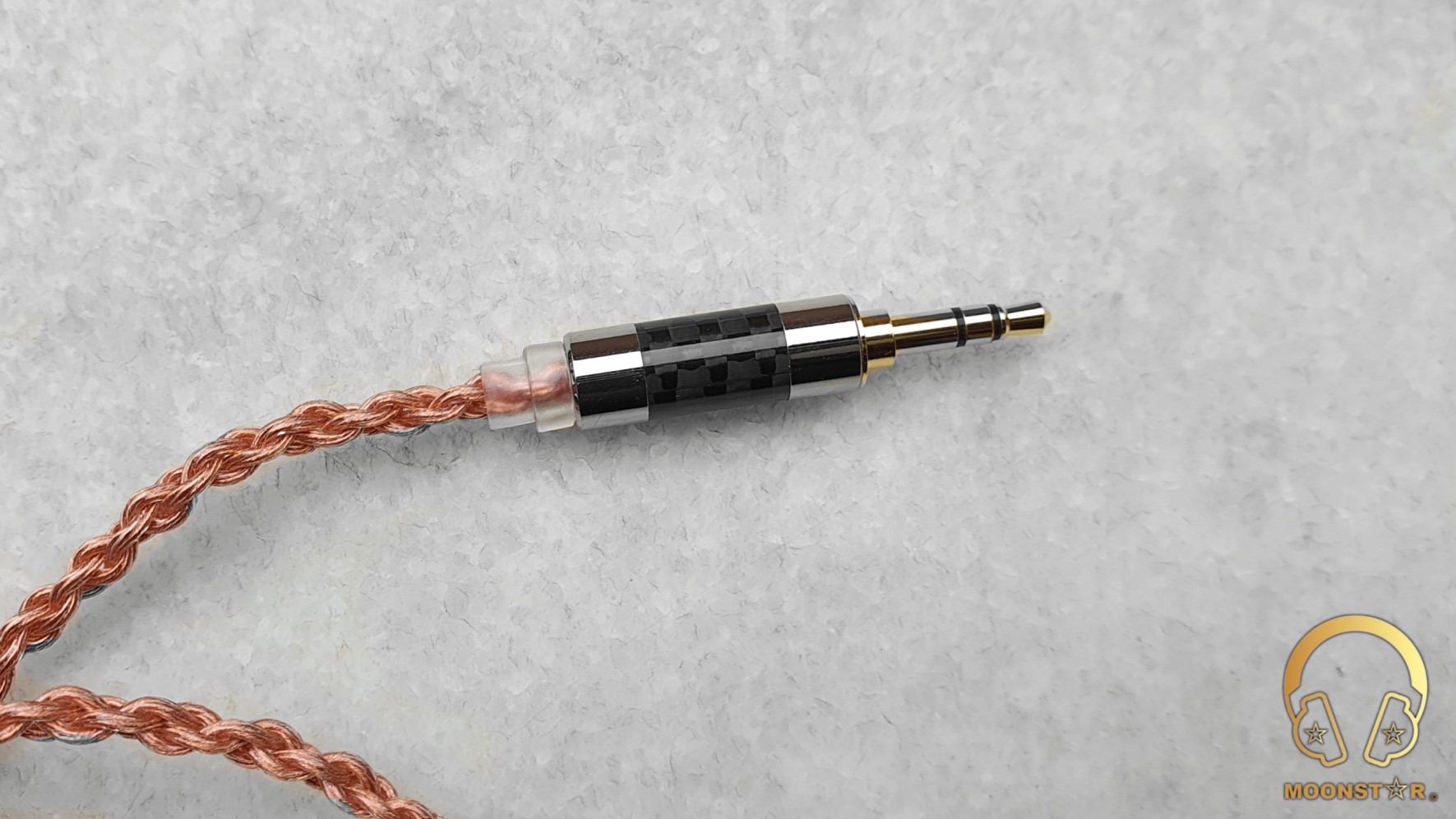 The monitor shell of the TIN HiFi P1 Plus does have a pretty small size and comfortable shape that should fit even the smallest ears. It fit perfectly in to my ears with an average sized ear concha.

The passive noise isolation of the P1 Plus is on an average level. However, it should be enough to isolate in relative noisy environments such like a metro, bus or train.

The TIN HiFi P1 Plus is a relative efficient In-Ear Monitor for a product with Planar Magnetic Technology. It has an impedance of 22Ω and a sensitivity of about 108 dB. The volume is fairly loud when I pair it with relative weak amplification such like a Smartphone Dongle, Tablet or small sized DAP’s. However, I highly recommend to pair the P1 Plus with more powerful sources like Portable Amplifiers or DAC/AMP’s (iFi Audio xDSD Gryphon) or with more powerful DAP’s (HiBy RS6, iBasso DX300, etc.). 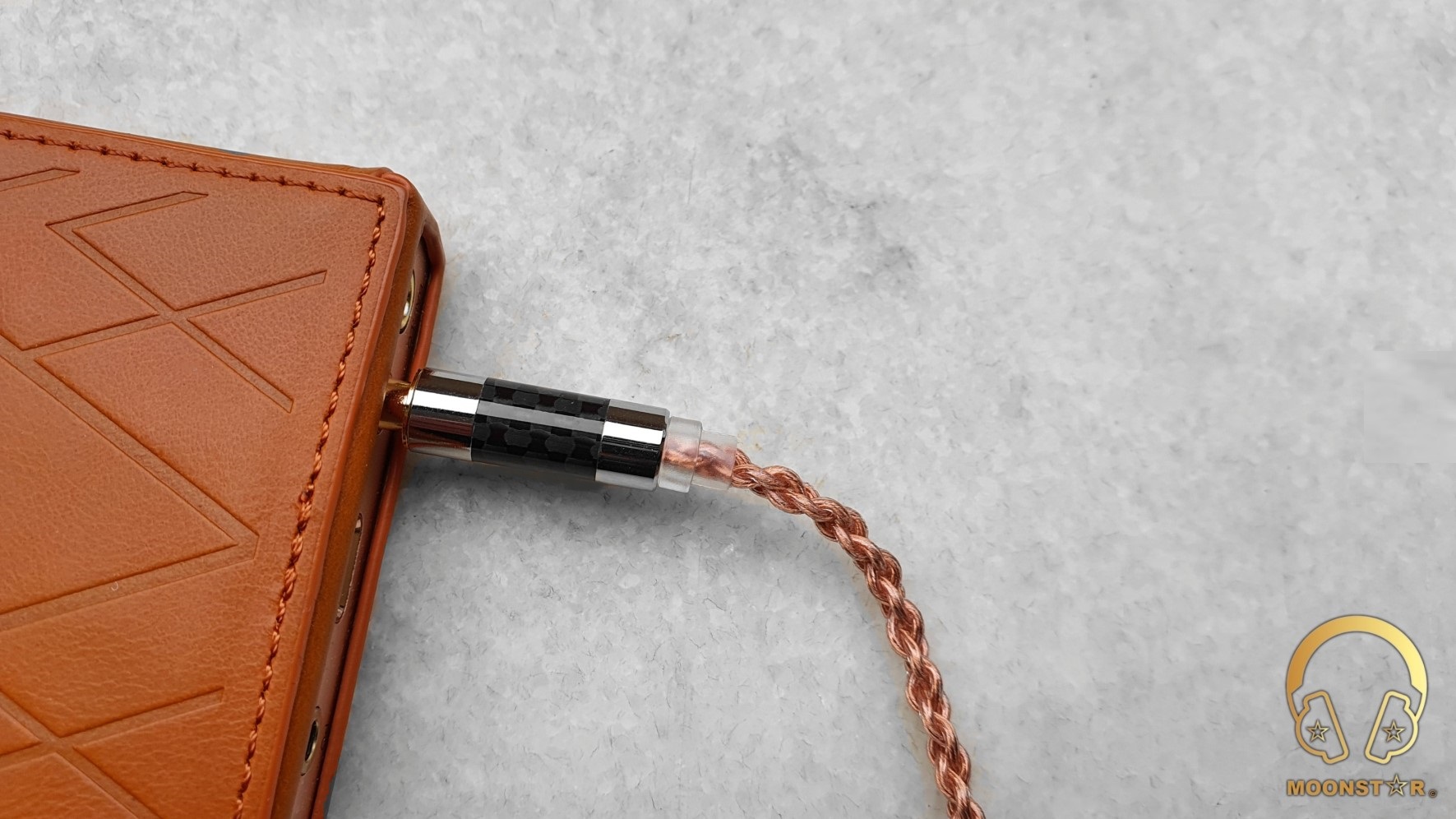 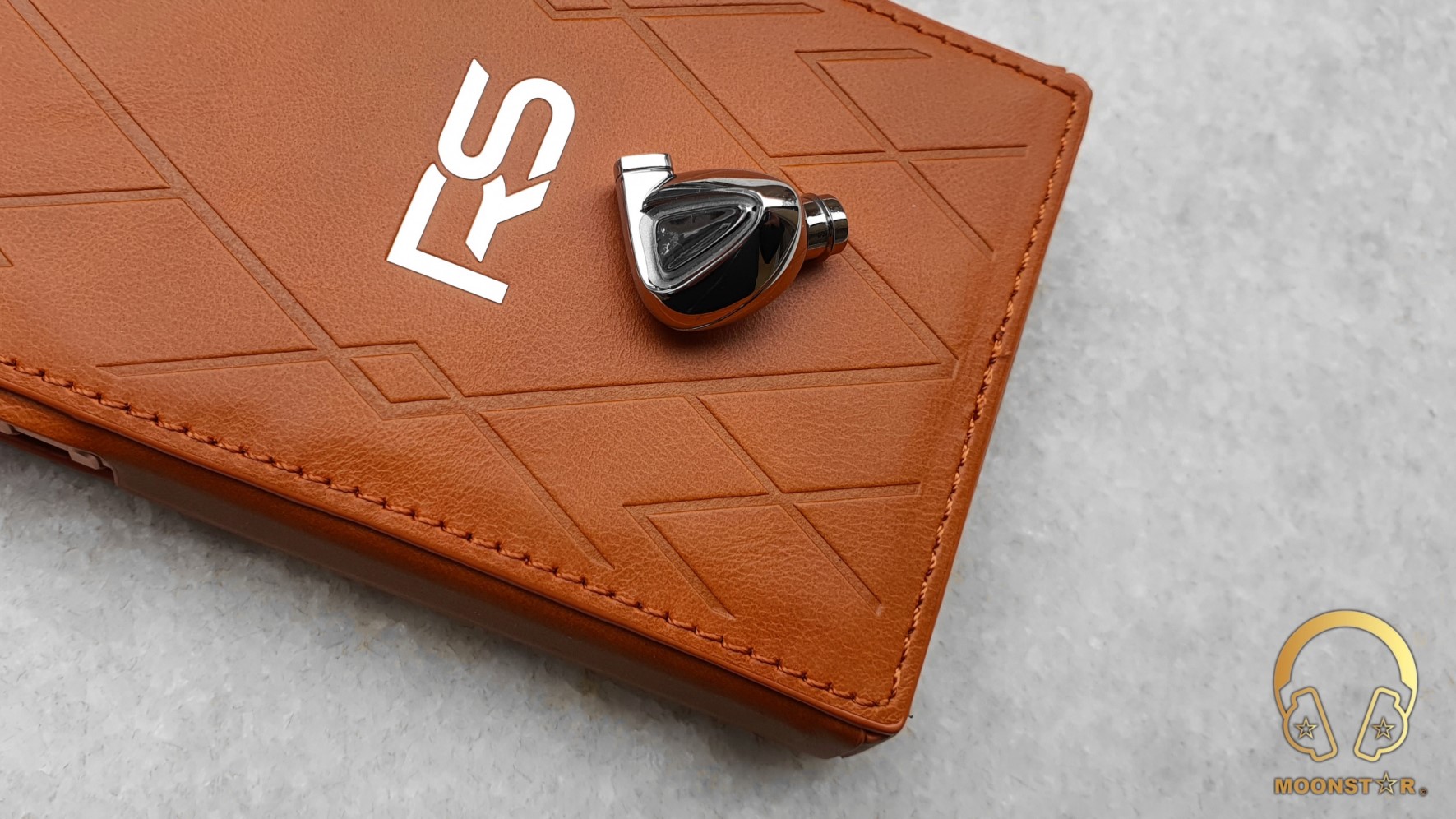 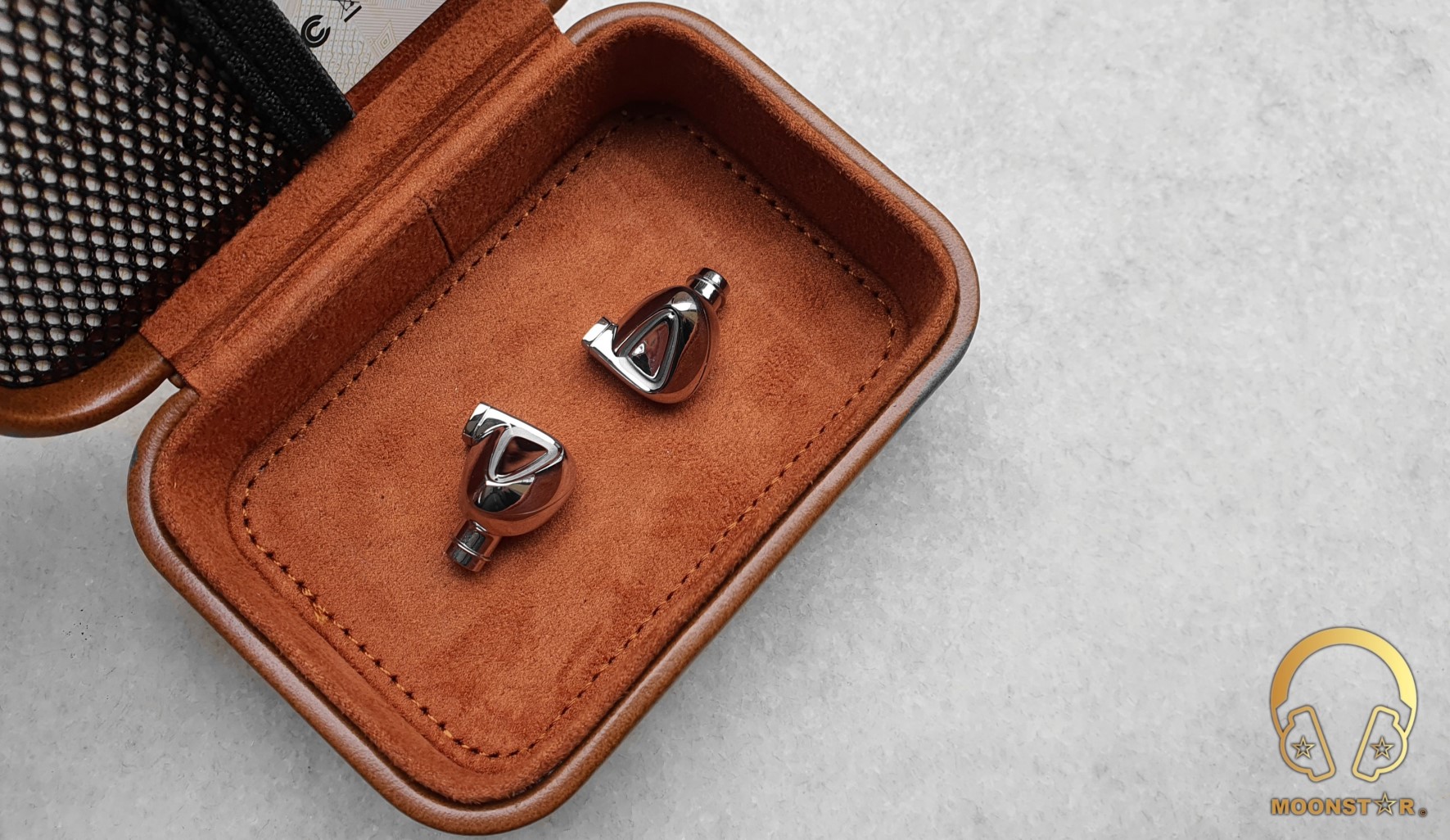 The TIN HiFi P1 Plus comes with an almost linear frequency response, from the lows up to the highs. The tonality is a tad warmer than neutral while the general atmosphere is pretty airy and natural. The bass of the P1 Plus benefits from the planar magnetic driver that is quite fast and controlled. The midrange sounds natural and detailed while the notes are a bit on the thinner side. The treble range on the other hand sounds smooth in the lower treble register, while the focal point is the upper treble region that is pretty energetic.

The TIN HiFi P1 Plus review has been written after a burn-in process of approx. 70 hours. I have used the stock dark grey silicone ear tip and the stock OFC wire cable  that are included o the package. 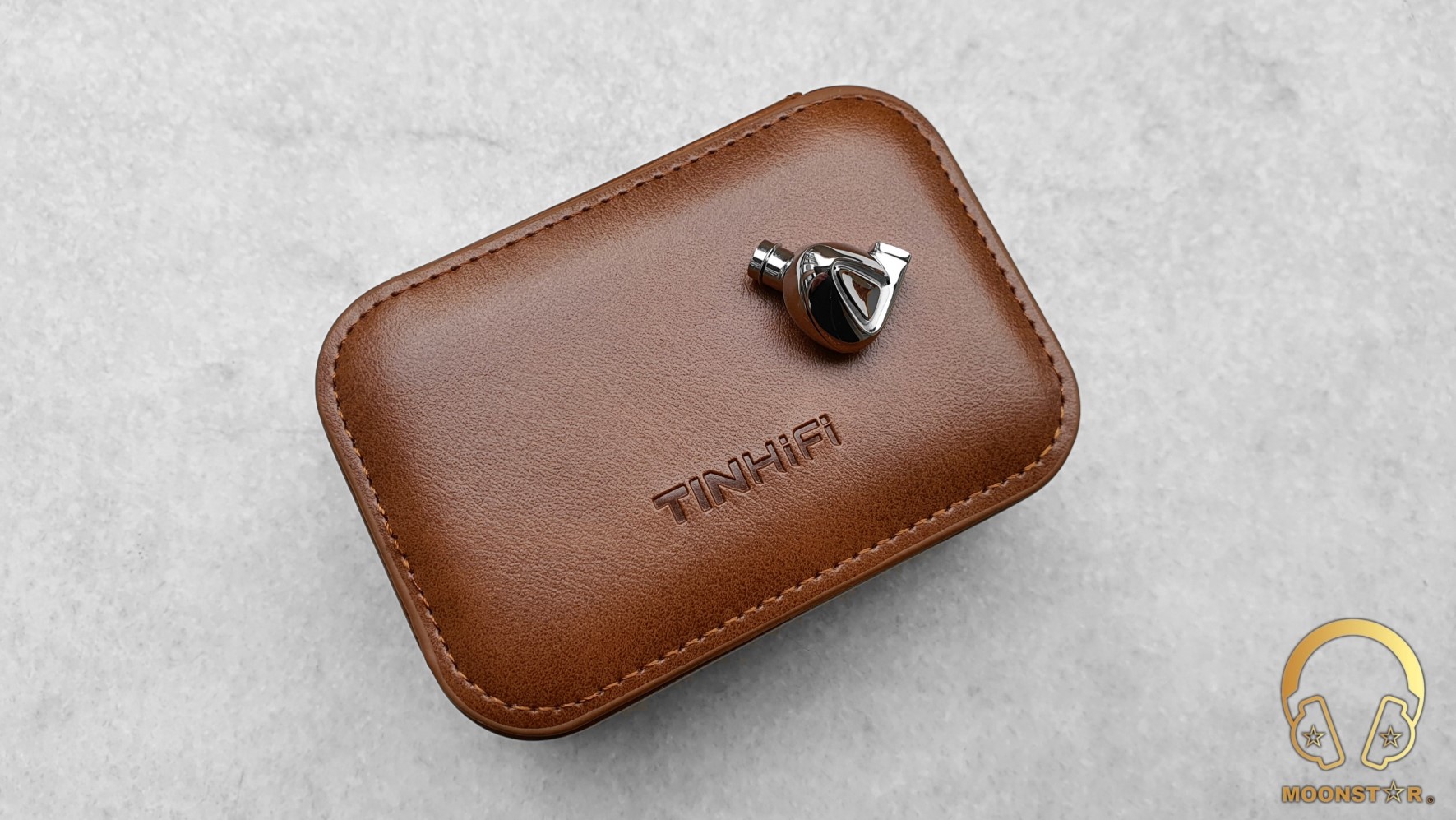 The TIN HiFi P1 Plus shows a linear bass response with great sense of clarity and resolution, while it is a somewhat shy in terms of quantity/intensity. The focal point in the lower frequency area is the midbass region that is also not very highlighted compared to other IEM’s on the market. The subbass region offers a decent grade of decay, while the depth and rumble is on an average level that benefits from a source with good amplifications such as the iFi xDSD Gryphon. However, it won’t satisfy with bass intensive genres such like House Music, Dubstep, Bassline, etc.

The midbass region shows a decent sense of speed and control that doesn’t show any unwanted conditions such like muddies and mixings, even in very complex passages such like GoGo Penguins Raven. Instruments like bass guitars, drums or organs do sound a bit too thin, while the level of clarity and resolution is on an above average level. 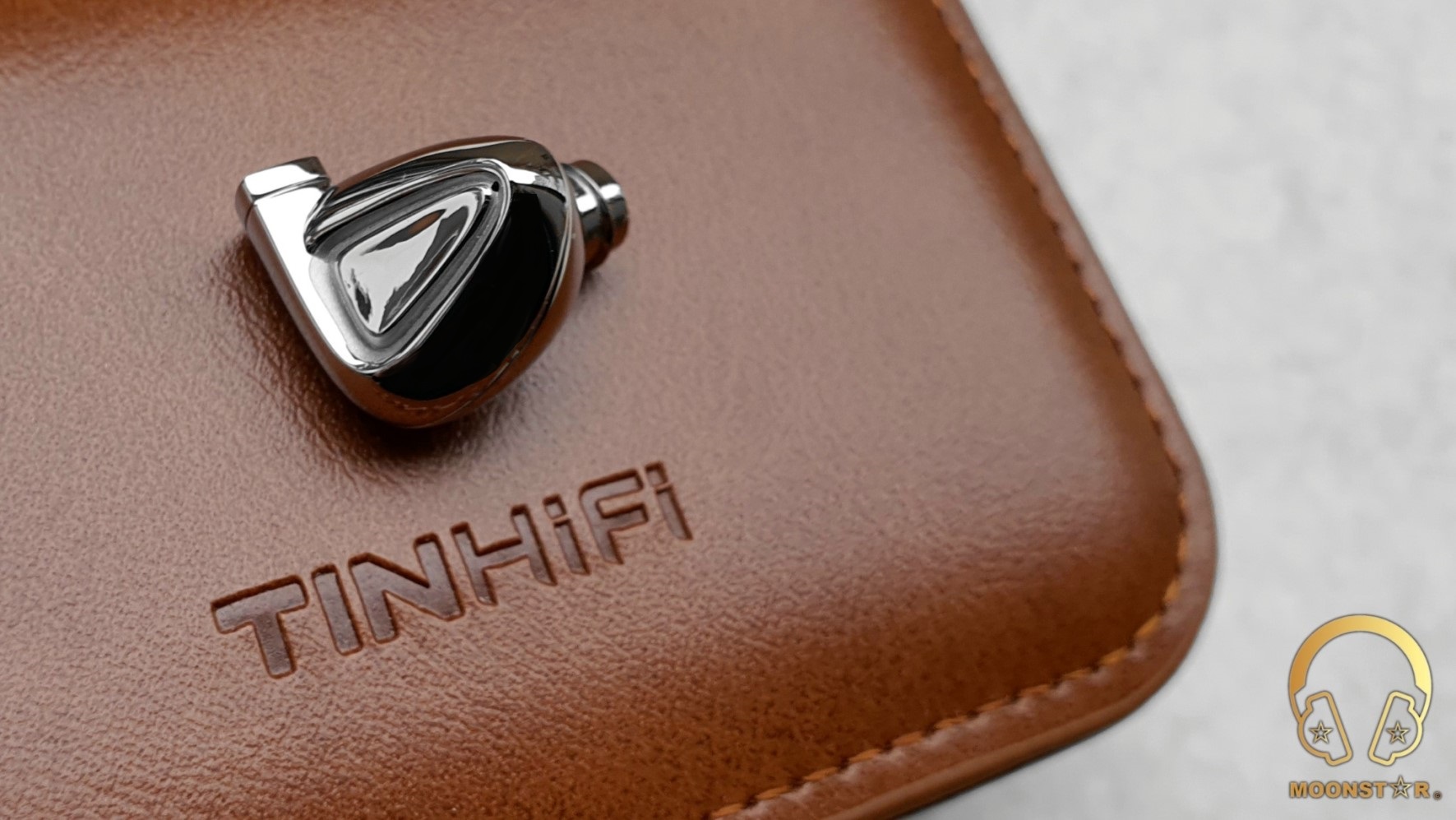 The midrange is reproduced in a very natural manner that has a slightly warmer than neutral tonality and a quite organic timbre, when I do listen to instruments and vocals. The level of transparency and resolution is impressive for a product at this price level, thanks to the well adjusted planar magnetic driver.

The lower midrange shows a moderate level of body and depth when I do listen to string instruments like acoustic guitars or cellos. The lower midrange benefits from a source with good amplification such like the Soncoz QXA1 (desktop AMP) or iFi Audio xDSD Gryphon (Portable DAC/AMP).

The upper midrange of the TIN HiFi P1 Plus is able to produce a good amount of energy, clarity and resolution when I do listen to female vocals like Diana Krall and Edith Piaf or to instruments like violins, mandolins or pianos. The general instrument and vocal presentation in this area sounds quite natural and lifelike, which is one of the remarkable highlights of the P1 Plus. 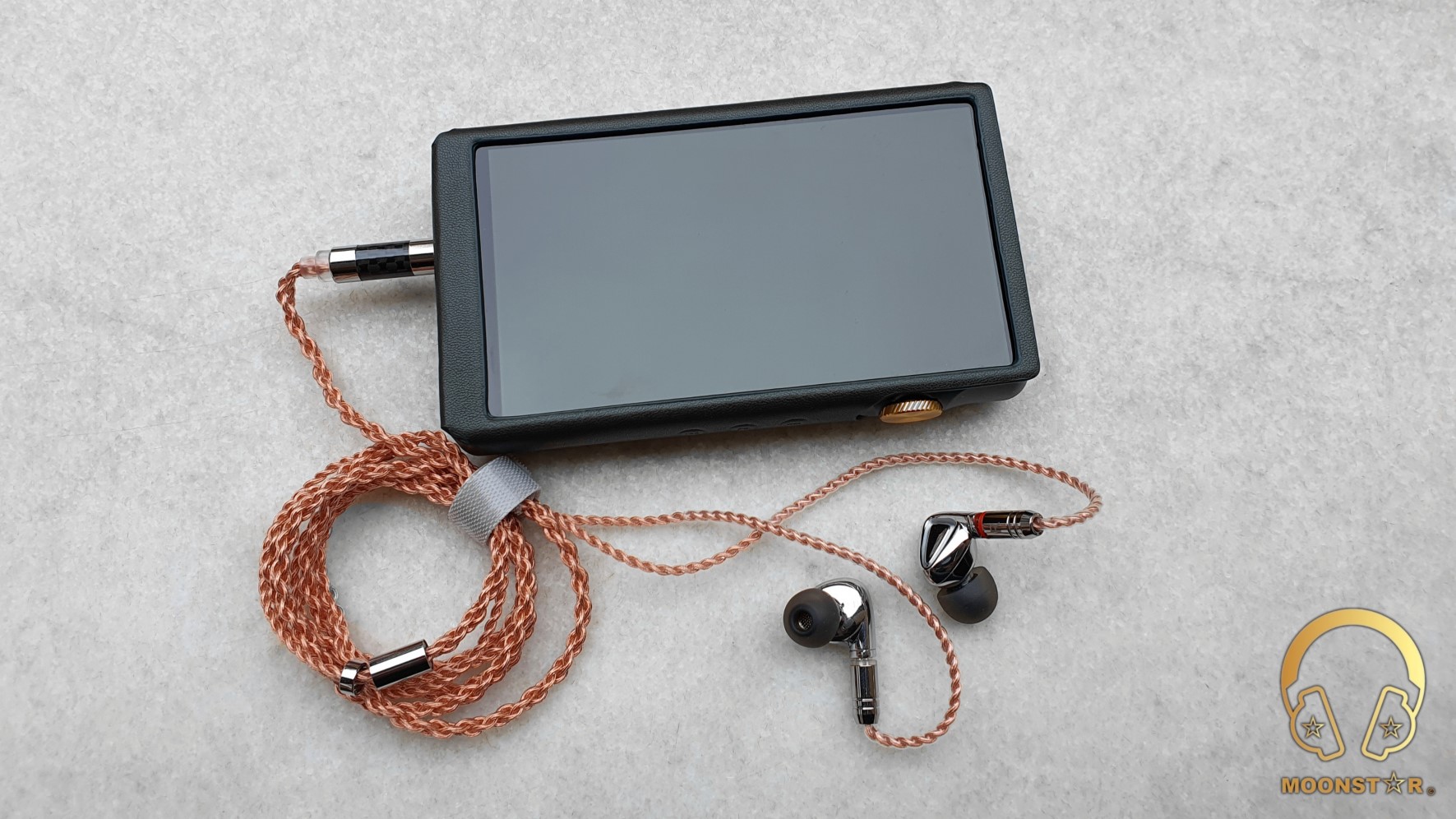 The treble range of the TIN HiFi P1 Plus shows an unusual response with some dips ad peaks in both the lower and upper treble register that helps to smooth out the presentation in this area while you lose some of the fine micro details. The lower treble region shows a moderate sense of presence, while the clarity and definition of instruments is on an adequate level. The upper treble region is able to create a nice sense of airiness between the instruments, while the extension is on an above average level when I do listen to snare drums or cymbals. 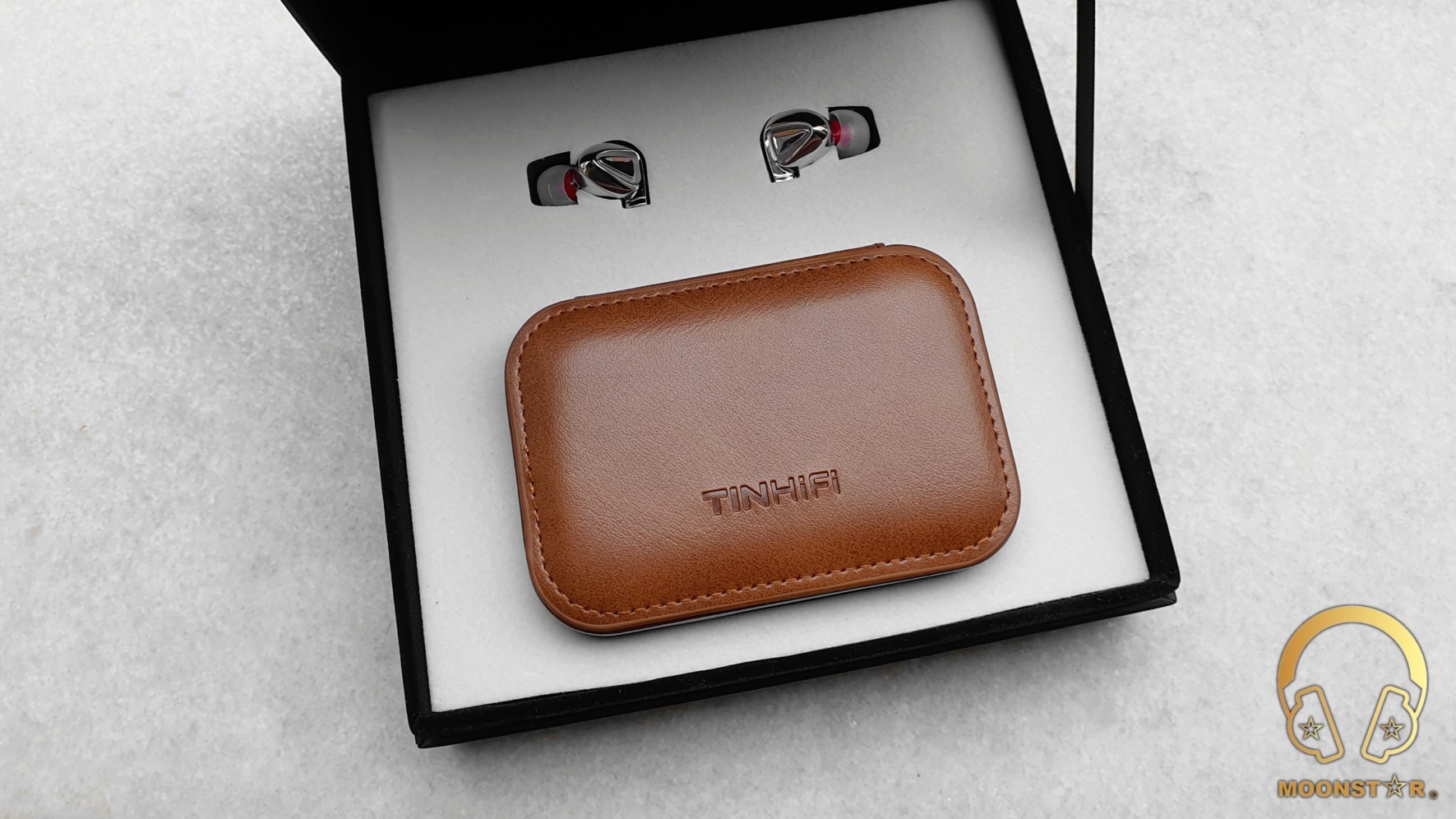 The soundstage of the TIN HiFi P1 Plus is suitable for a fairly precise separation and placement of instruments and vocals. It shows an airy soundstage atmosphere with good sense of depth and moderate level of wideness. 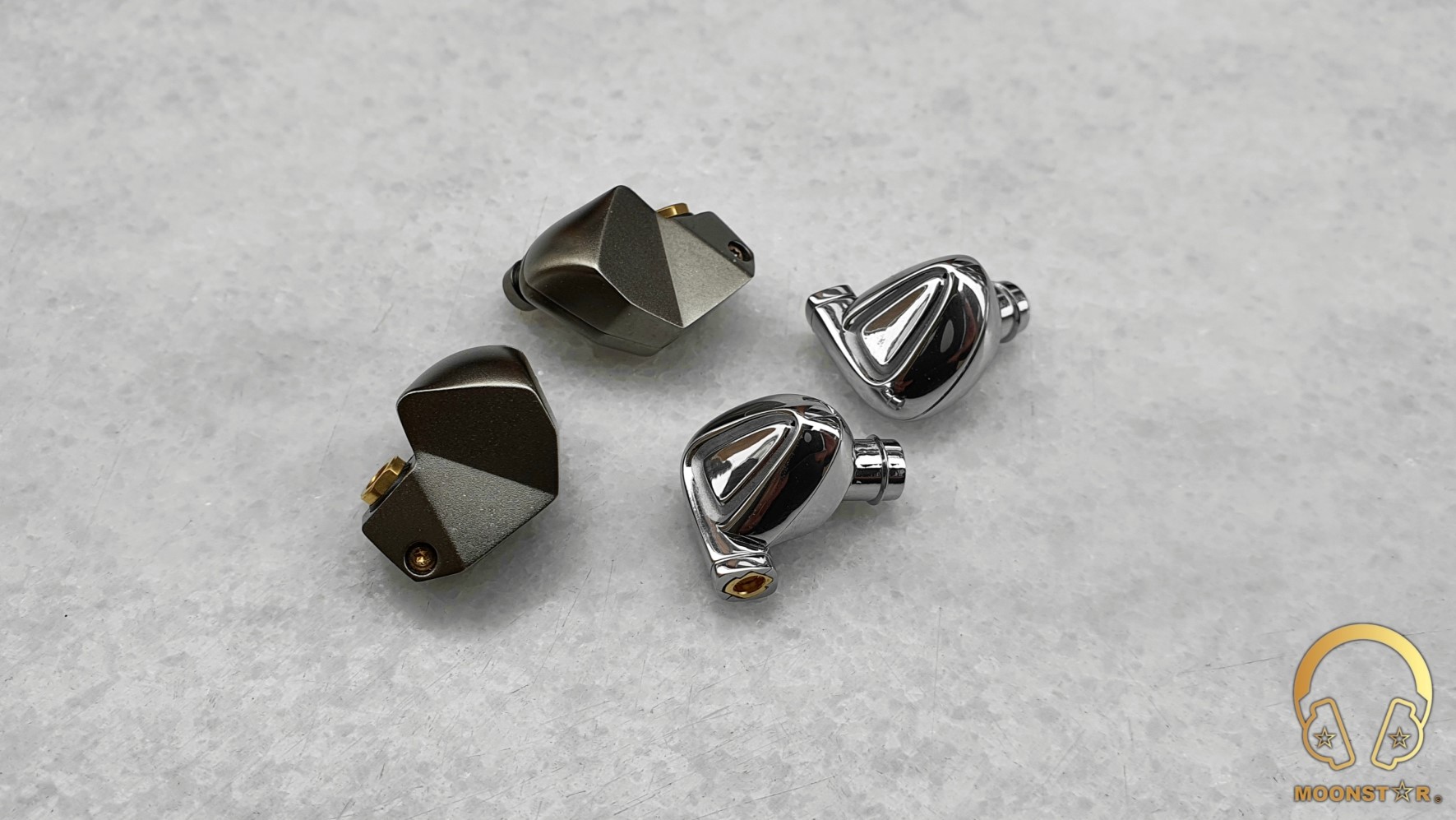 The midrange of both the Final Audio B2 and the TIN HiFi P1 Plus shows a pretty detailed and transparent character. The lower midrange of the B2 has slightly more body and depth, while both a re pretty equal in performance when it comes to the clarity and resolution in this area. The upper midrange and lower treble area of the Final Audio B2 is slightly more highlighted and detailed when I do listen to both female vocals or to instruments like cellos, violins or pianos.

The TIN HiFi P2 stands out with its upper treble response, which is able to create a higher sense of airiness and a better level of definition. The Final Audio B2 on the other hand shows an audible roll-off in this area which makes it smoother but less detailed.

The TFZ MyLove III has a warmer tonality and a fuller overall presentation compared to the TIN HiFi P1 Plus, which shows a more neutral character with a brighter tonality. Both the midbass and subbass area of the MyLove III is more highlighted and dominant compared to the P1 Plus, that has a more linear bass response with better level of clarity, resolution and control. 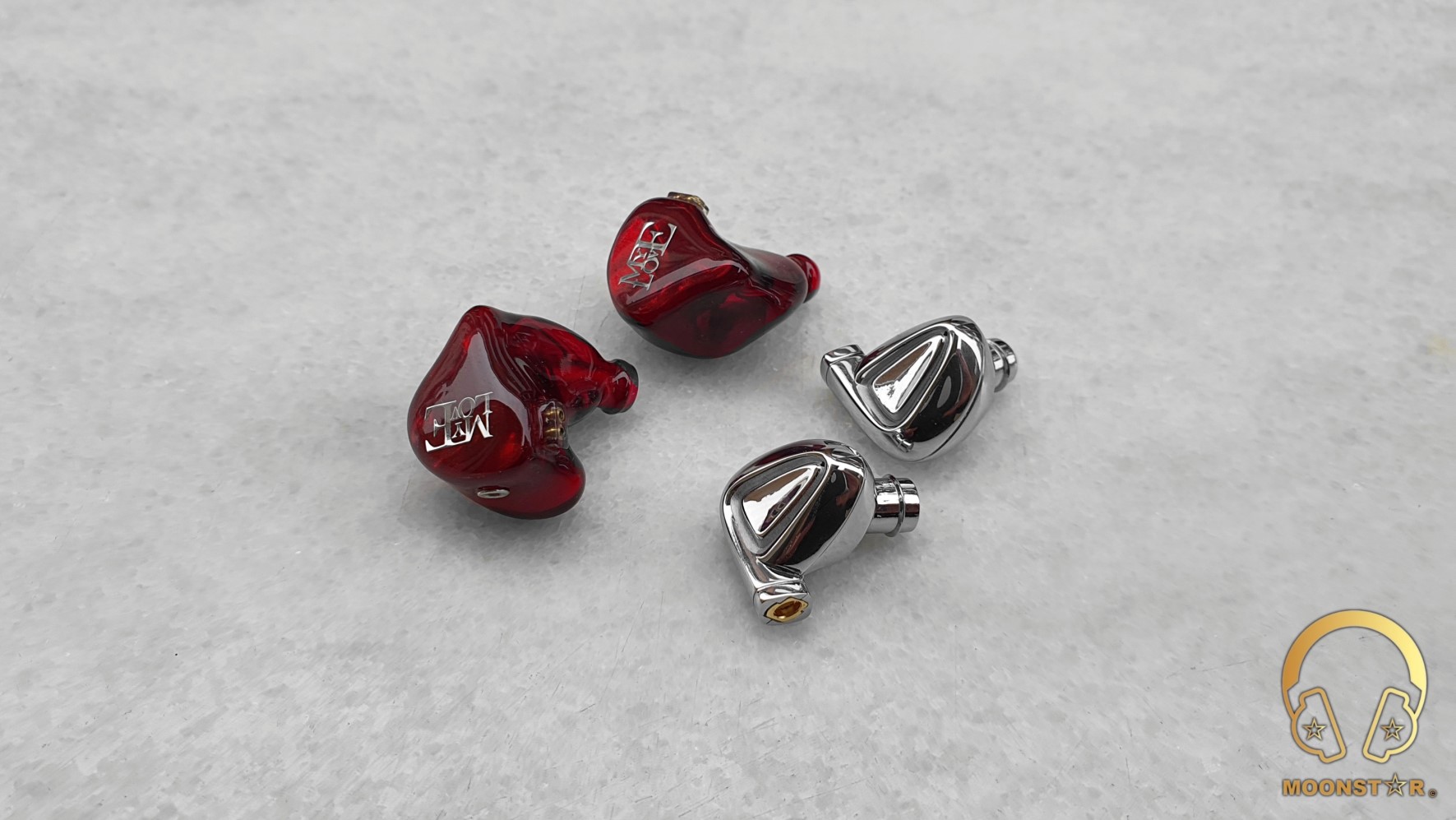 The midrange of the TFZ MyLove III has a noticeably warmer tonality compared to the TIN HiFi P1 Plus, which shows a more natural and airy atmosphere with better sense of clarity and resolution. The MyLove II on the other hand offers a more musical presentation with higher grade of lower midrange depth and body when I do listen to male vocals and instruments like acoustic guitars and violas. However, it is missing the transparency that the P1 Plus has in this area. The upper midrange of the TIN HiFi P1 Plus has the upper hand in terms of overall clarity and detail retrieval, which makes it more successful with female vocals and instruments like pianos, flutes and violins.

The lower treble area of the TFZ MyLove sounds slightly more accented and offers additional clarity and definition, while the TIN HiFi P1 Plus is superior in terms of overall treble extension, sparkle and detail retrieval due to a slightly boost in the upper treble area.

The soundstage of both IEM’s offers a sufficient performance in terms of separation & placement of instruments and vocals, while the TIN HiFi P1 Plus is superior when it comes to soundstage width, depth and airiness. 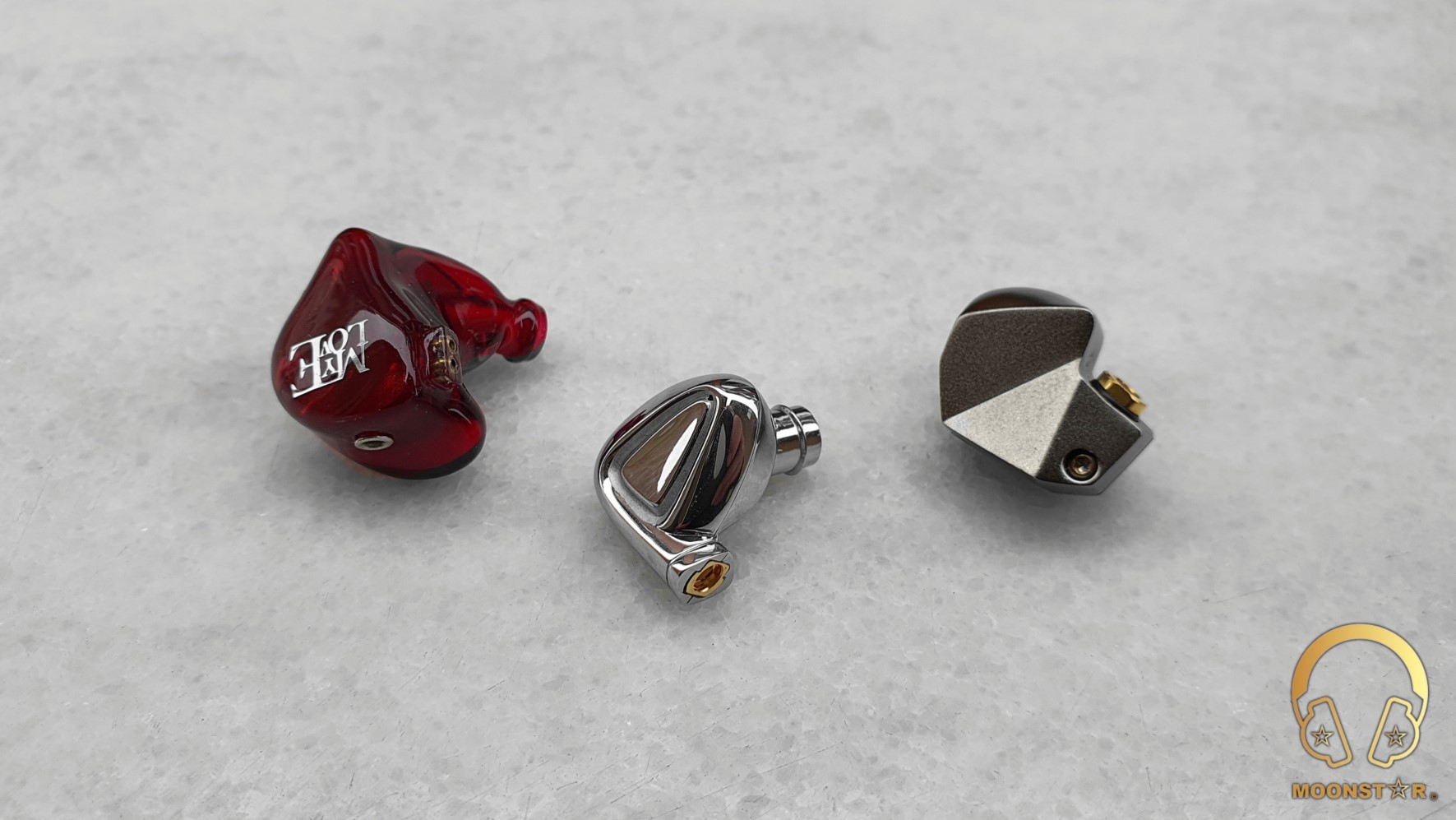 The best description for the TIN HiFi P1 Plus would be “An IEM with Great Potential”. The P1 Plus that features a Planar Magnetic Driver offers a fast and controlled bass response, natural & transparent midrange presentation and a smooth yet fairly detailed treble tuning, when you pair it with a good source that has enough amplification. In short, it worth’s every penny at this price point.