The Harmony of the Planar Magnetic Driver

Toneking is a China based company that is specialized in the production of Earbuds and In-Ear Monitors. The Toneking BL1 is their first In-Ear Monitor with a Planar Magnetic Driver configuration. 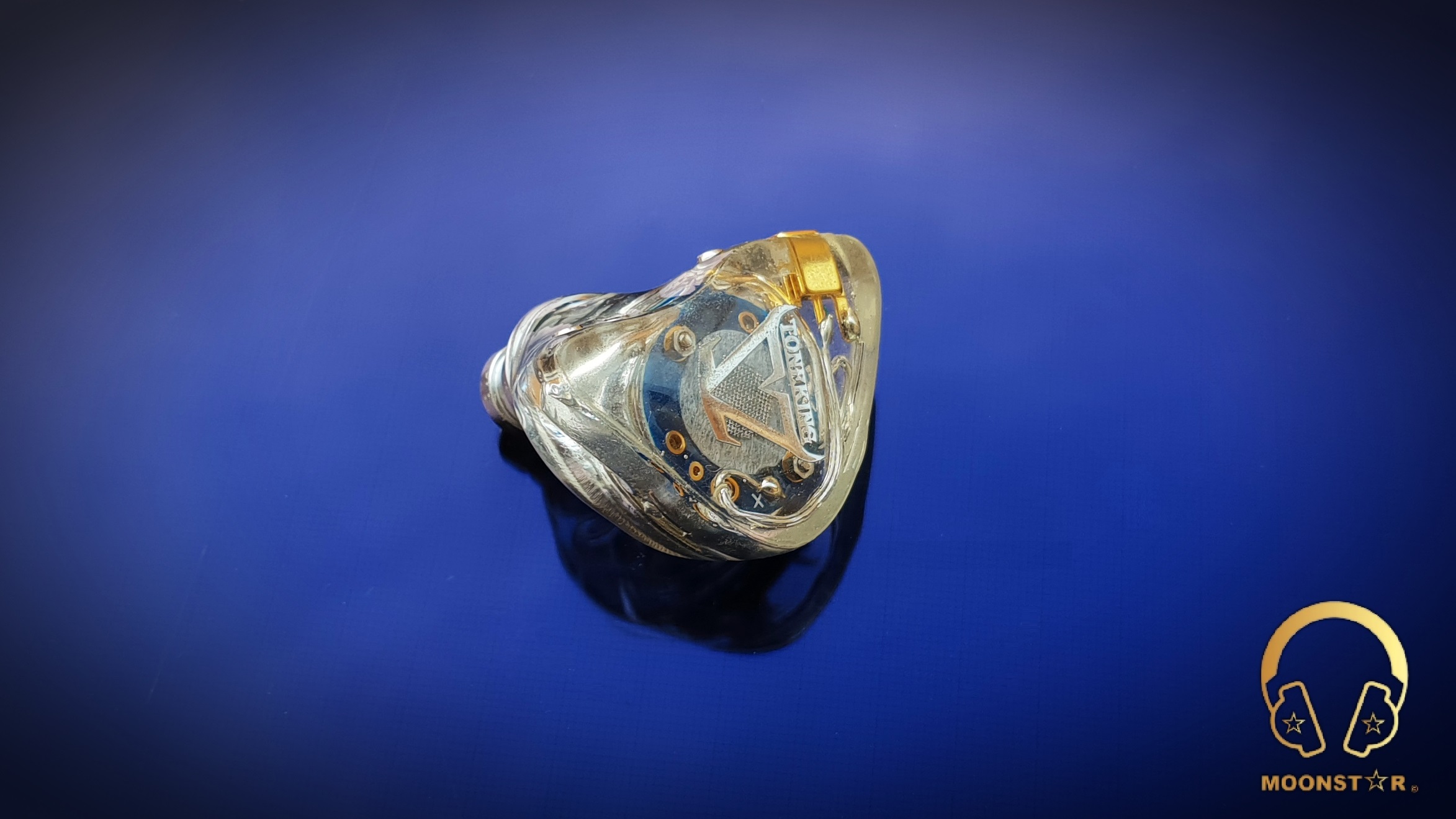 The Toneking BL1 is available on Penon Audio under the following purchase link;

The Toneking BL1 comes in a black box with a transparent plastic window where you can see both BL1 monitor units. 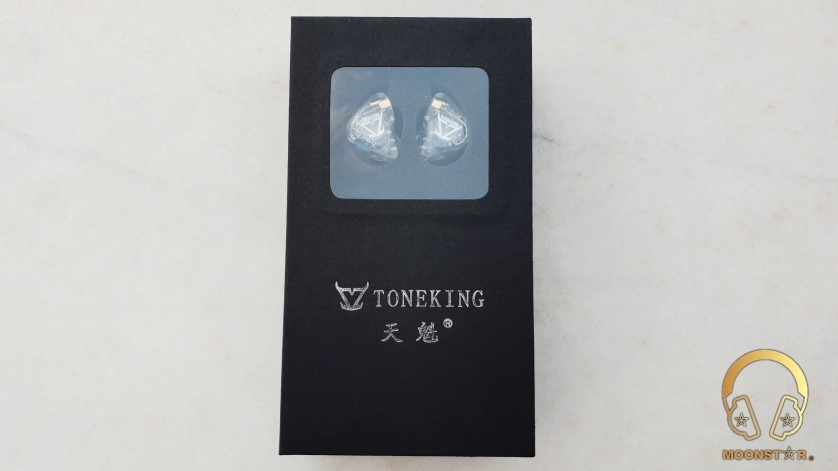 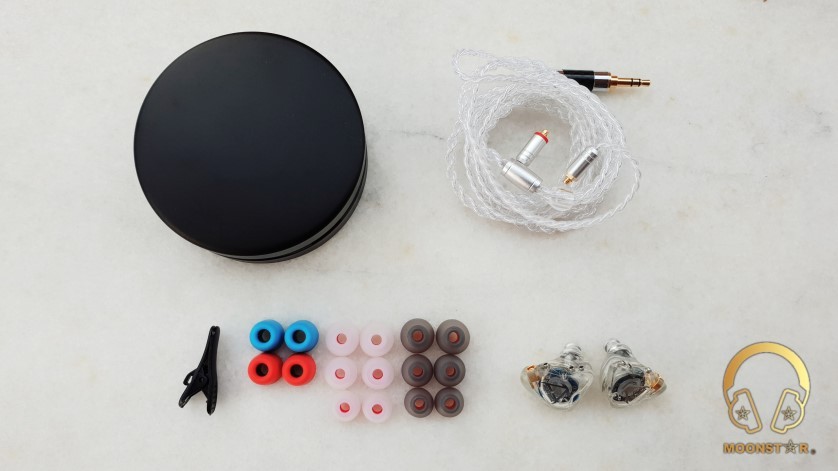 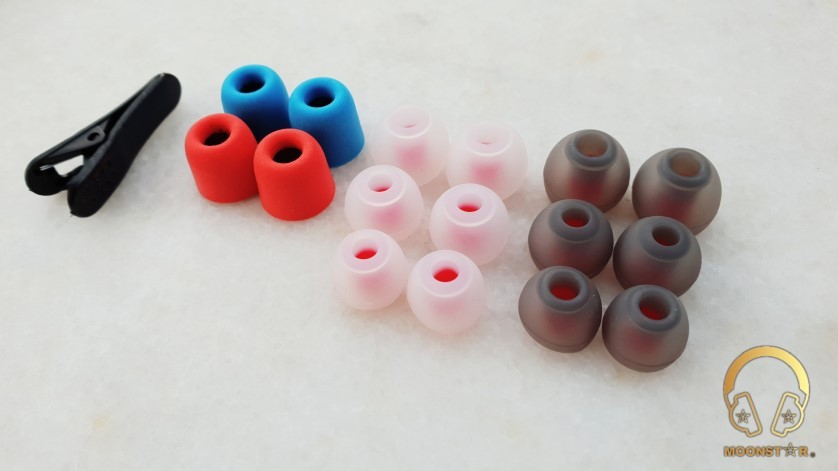 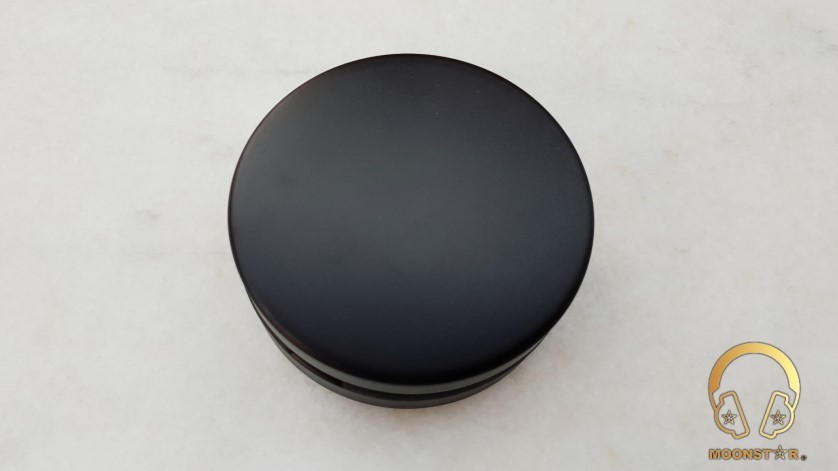 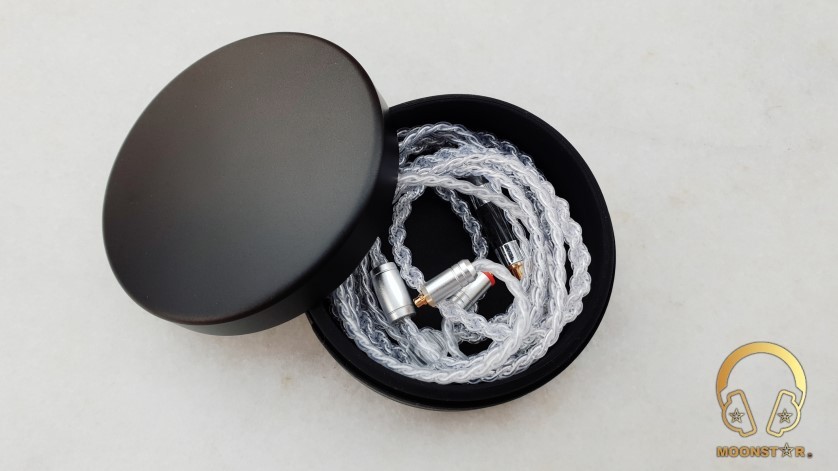 The Toneking BL1 is an IEM (In-Ear Monitor) with a 14mm diameter planar magnetic driver. 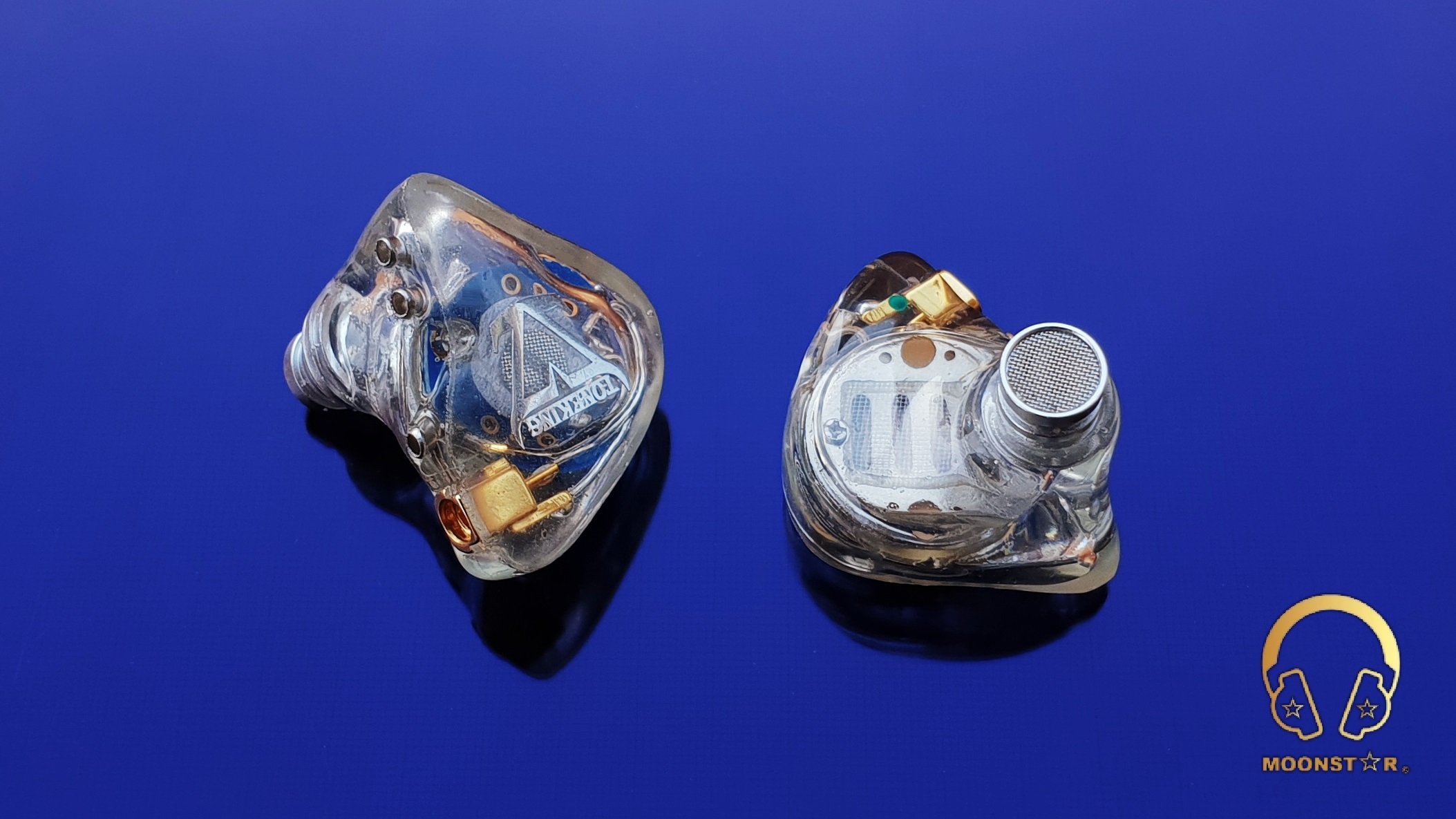 The monitor housing is made of transparent plastic, which makes the components inside the IEM clearly visible.

On the front of the monitor housing that we describe as faceplate is the Toneking Branding Logo in silver color. 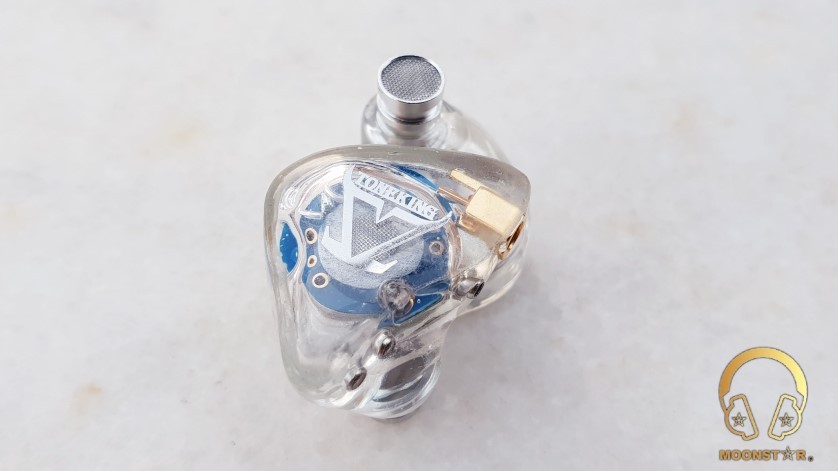 On the top of the shell are 3 fairly big vents and the MMCX female connector. 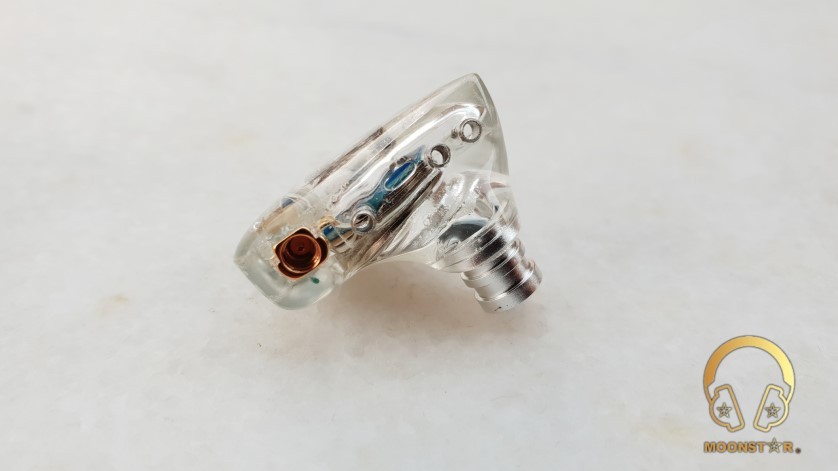 The sound nozzle of the BL1 is made of aluminum and has a relative big diameter. On the top of the sound nozzle is a metal grill/mesh to prevent the insertion of dust and earwax that could harm the internal parts of the monitor. 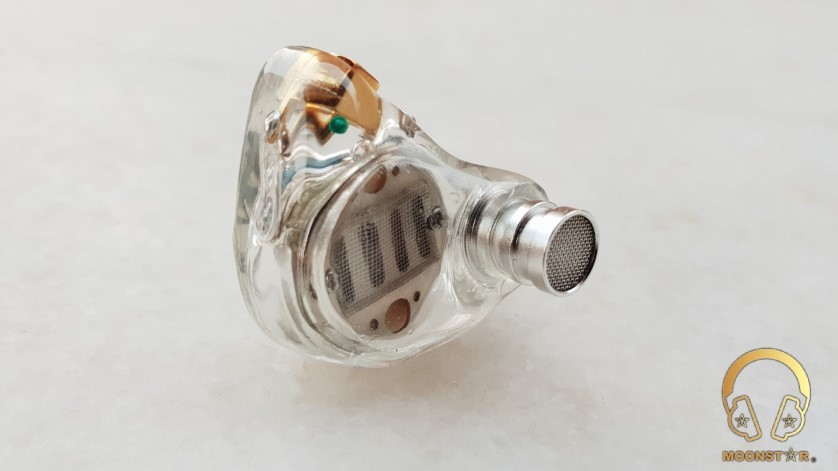 The Toneking BL1 is coming with a detachable cable that has MMCX (Micro Miniature Coaxial) connectors. 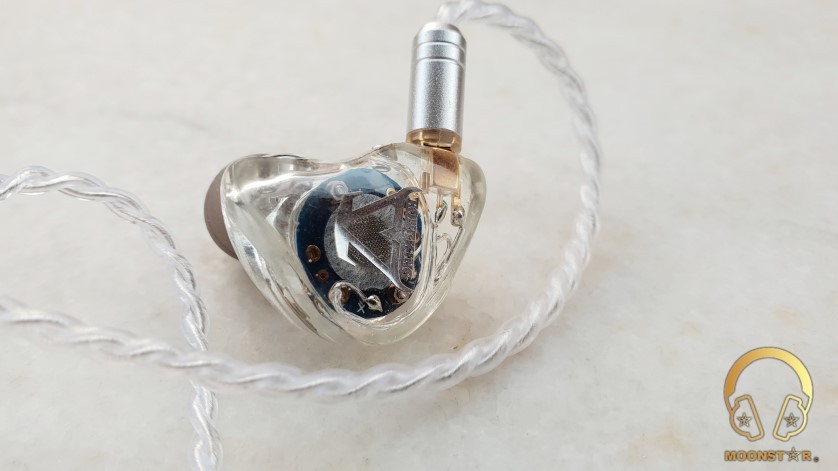 The cable of the BL1 is made of 4 core Silver Plated Cooper (SPC) material and has a transparent soft PVC coating. 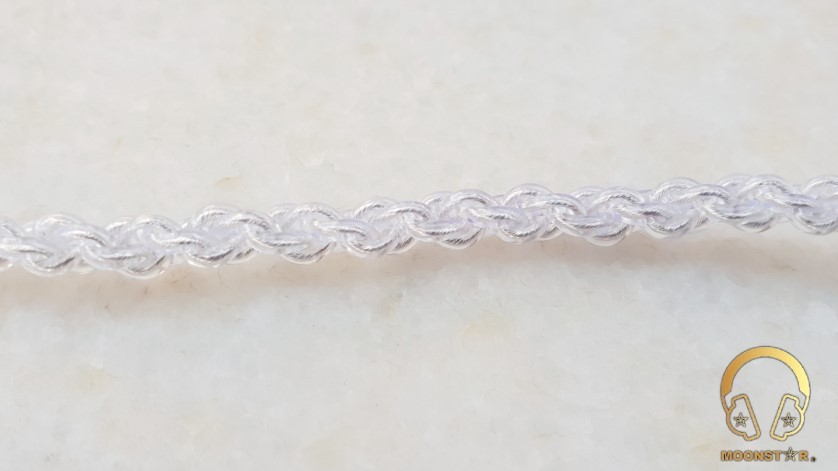 The MMCX connectors are protected with metal housings which have left & right indicators (a red ring for the right monitor). The ear-hooks o both sides are made of transparent shrink tubes and are pretty comfortable. 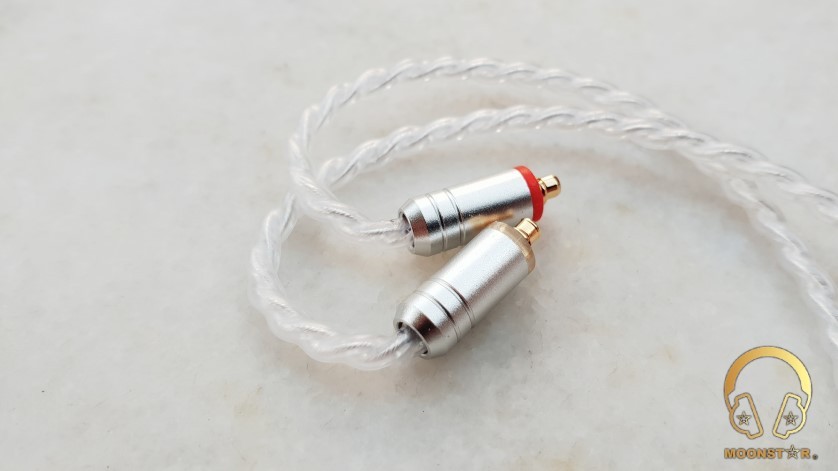 The cable sports a metal Y splitter and a plastic chin slider. 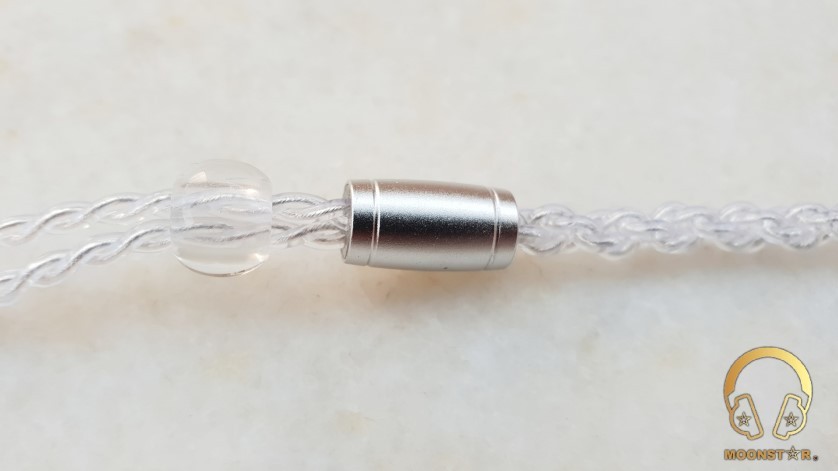 The 3.5mm headphone jack (TRS) is gold plated and sports a metal housing with a carbon fiber pattern which is the current fashion these days. 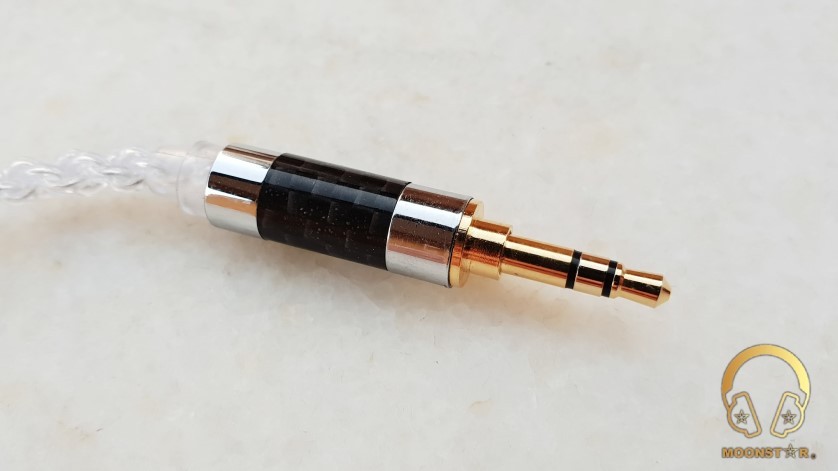 The overall build quality of the monitor housing, the connectors and of the detachable cable is fine.

The Toneking BL1 has a slightly bigger size than regular In-Ear Monitors on the market, but the shape of the shell is quite comfortable, so that I could use it for many hours. The Isolation of the BL1 is mediocre due to the 3 big vents on the top.

The Toneking BL1 has an impedance of 24 Ohms and a sensitivity of 100dB. The impedance is not very high on paper but this doesn’t mean that it can be driven to its true potential with regular Smartphone’s and Tablets. You can clearly feel that the Planar Magnetic Driver inside the BL1 is crying for more juice, which means that you can only hear the real potential of this IEM with a powerful DAP or Amplifier.

How Does a Planar Magnetic Driver Works?

Planar magnetic drivers mix some of the operating principles between dynamic and electrostatic drivers. In a planar magnetic setup, the part that actually creates sound is an electrostatic-style thin, flexible material sandwiched between the outer layers of the mechanism. But like a dynamic driver, that diaphragm contains extremely thin wires with electrical current flowing through it, which regulates its back-and-forth vibration. 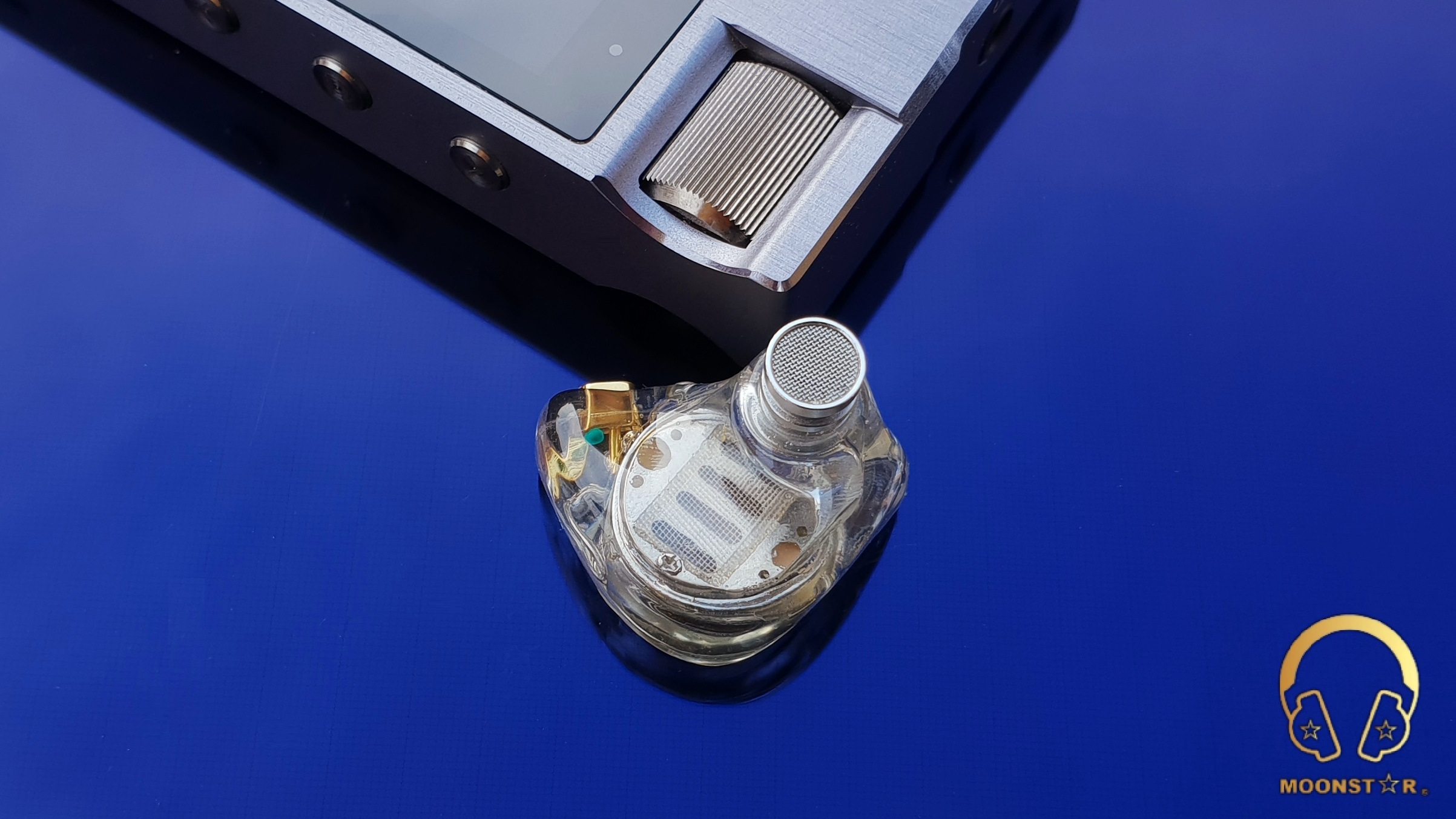 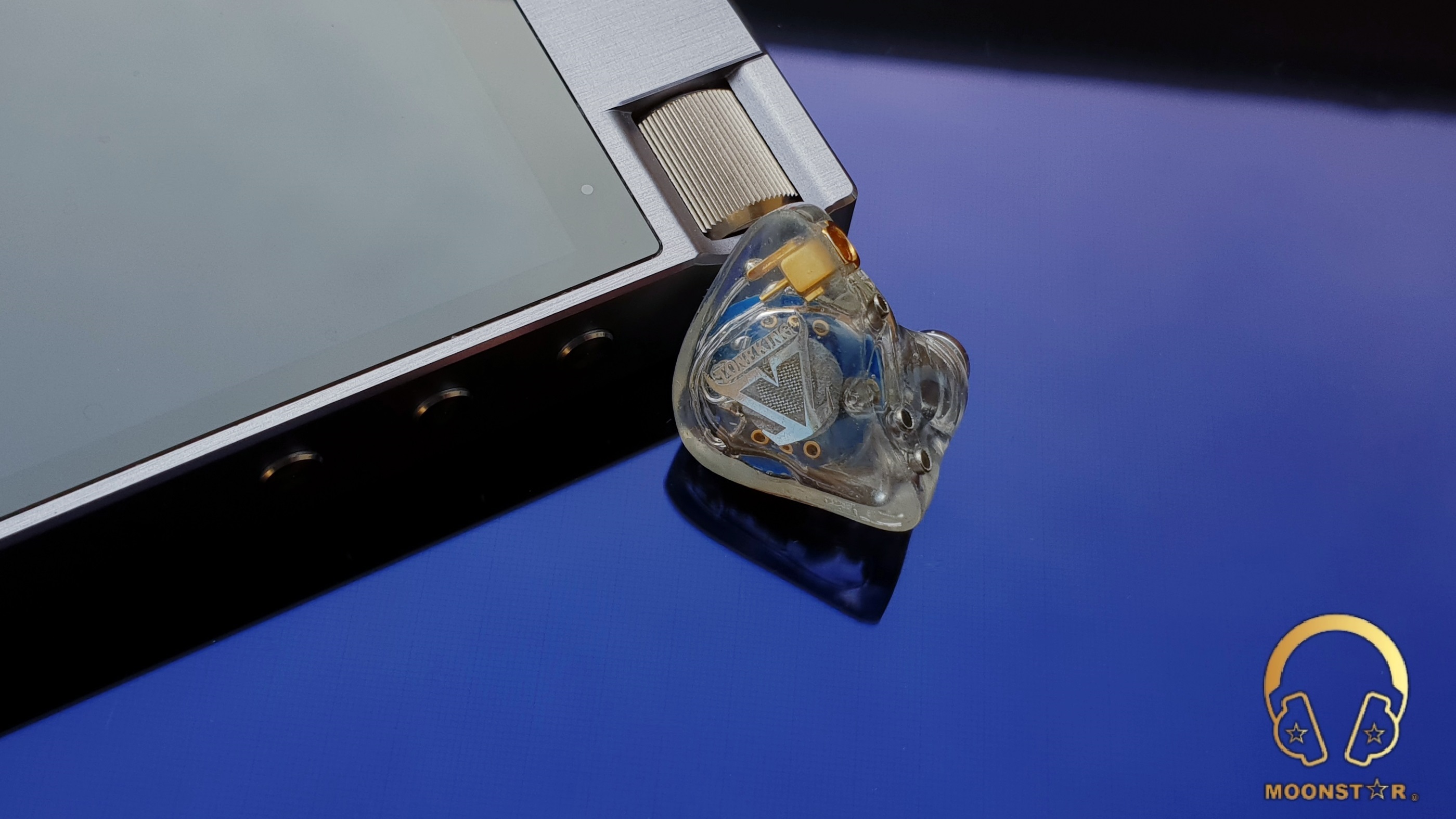 The Toneking BL1 has a slightly V shaped sound signature with a warmer than neutral tonality. The bass and the treble range are very fast, while the midrange is musical and fairly natural in its presentation.

The depth of the subbass is with instruments from cross drums to guitars or with synthesizers on a good level which makes it successful with every kind of music genre.

The midbass of the Toneking BL1 are strong, pronounced and fast. It sounds slightly warm, is smooth, musical and shows good intensity, without any remarkable mixings or loses of control, while the impact is strong and is showing a sweet character.

The bass of the Toneking BL1 is tight, fast, controlled and quite detailed, without to overshadow the midrange or to affect the soundstage expansion.

The general bass presentation of the Toneking BL1 can be described as very successful in terms of transparency, detail and tonality. The pretty linear and smooth bass presentations are the benefits of the planar dynamic driver. 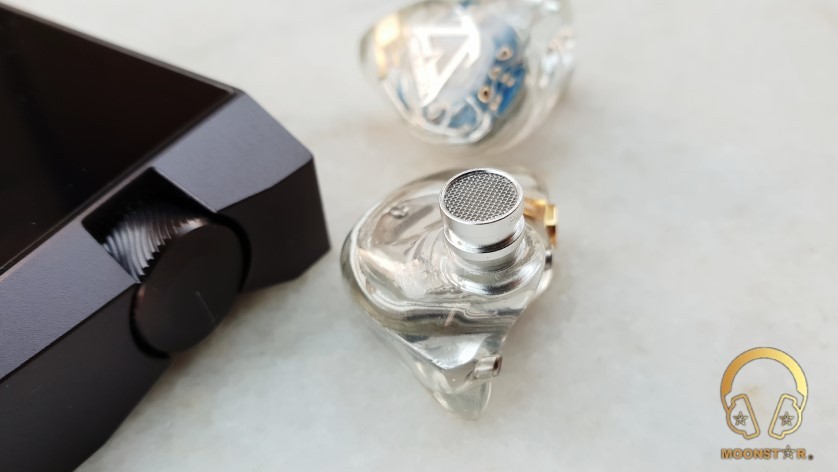 The Toneking BL1 is a IN-Ear Monitor with a slightly V shaped sounds signature which is the reason of the slightly recessed midrange presentation. The overall tonality of the midrange is full and warmish.

The Toneking BL1 is showing a good lower midrange depth, which is avoiding a dry and weak male vocal presentation. Male vocals are slightly warm, musical, pretty soft and showing a moderate thickness, without any remarkable mixings or muddiness. The level of transparency and sharpness is also on a good grade, which makes the listening og male vocals with the BL1 pretty quite pleasant. 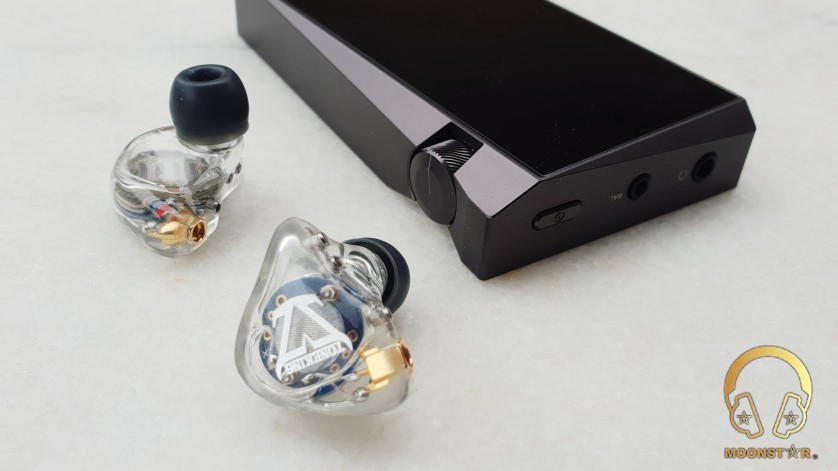 The Toneking BL1 has a good instrument separation and layout. The instruments are well placed on the stage without to sound congest, while the overall tonality is warmish, musical and pretty natural, without to sound dry or to thin. Acoustic guitars are lightly bassy, sweet and warmish in tonality, which makes it pleasant to listen to. Especially the violas are sounding quite emotional, natural and a bit warm.

Instruments such as pianos have a slightly bright tonality. The piano notes, which move from the subbass in a warm and gentle way, are very soft, up to the mids, while there may be occasional harshness after the upper midrange. 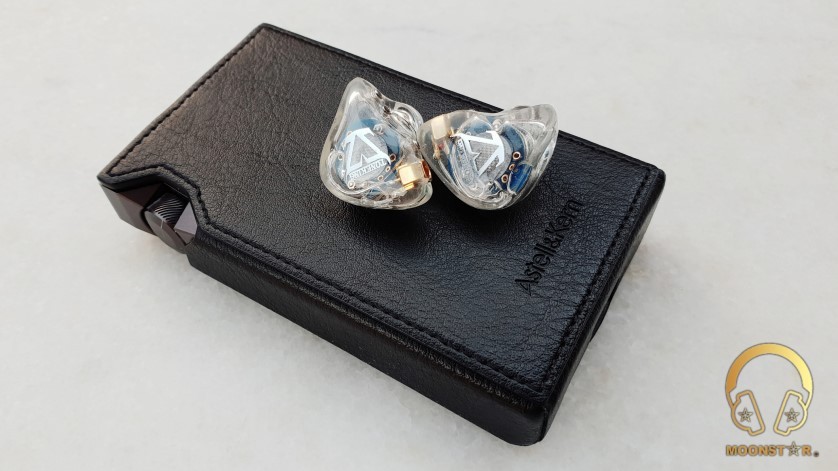 The Toneking BL1 has a strong upper midrange emphasis with a slightly warmish tonality. Especially pure and fast records can show upper midrange sharpness and glaring.

The BL1 is more compatible with devices that are showing a controlled and slightly laid back upper midrange presentation such like the iBasso DX150. It has a good extension in this region, everything from female vocals to the violin sounds lively, clear and rich in detail.

The lower treble area of the Toneking BL1 is strong and pronounced and is showing a slightly bright but musical presentation.

The hi-hat hits are clearly to count, while crash and ride cymbals are controlled.

I could hear any issue while listening to the piano in fast jazz passages; the piano notes are clear and pronounced.

The upper treble range of the Toneking BL1 is tiring form time to time due to the peak around 10 kHz, while use of a source that has a slightly laid back upper treble tuning could be a good solution.

The treble range of the BL1 sound more neutral and bright compared to the rest of the frequency regions, while the level of airiness is on a very good grade. 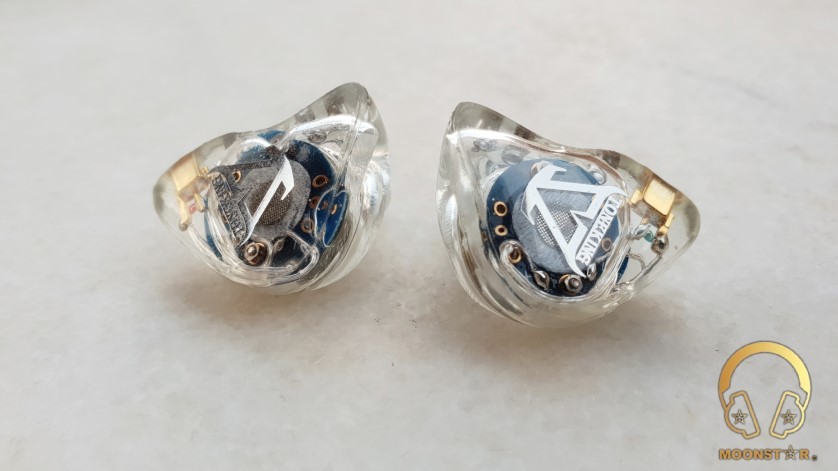 The Toneking BL1 is pretty good in terms of separation and positioning of the instruments.

The soundstage is quite spacious compared to other In-Ear Monitors with dynamic and balanced armature drivers in this price range, while it depth is on a moderate level. A good amount neutral air between the instruments makes the soundstage of the BL1 quit airy. 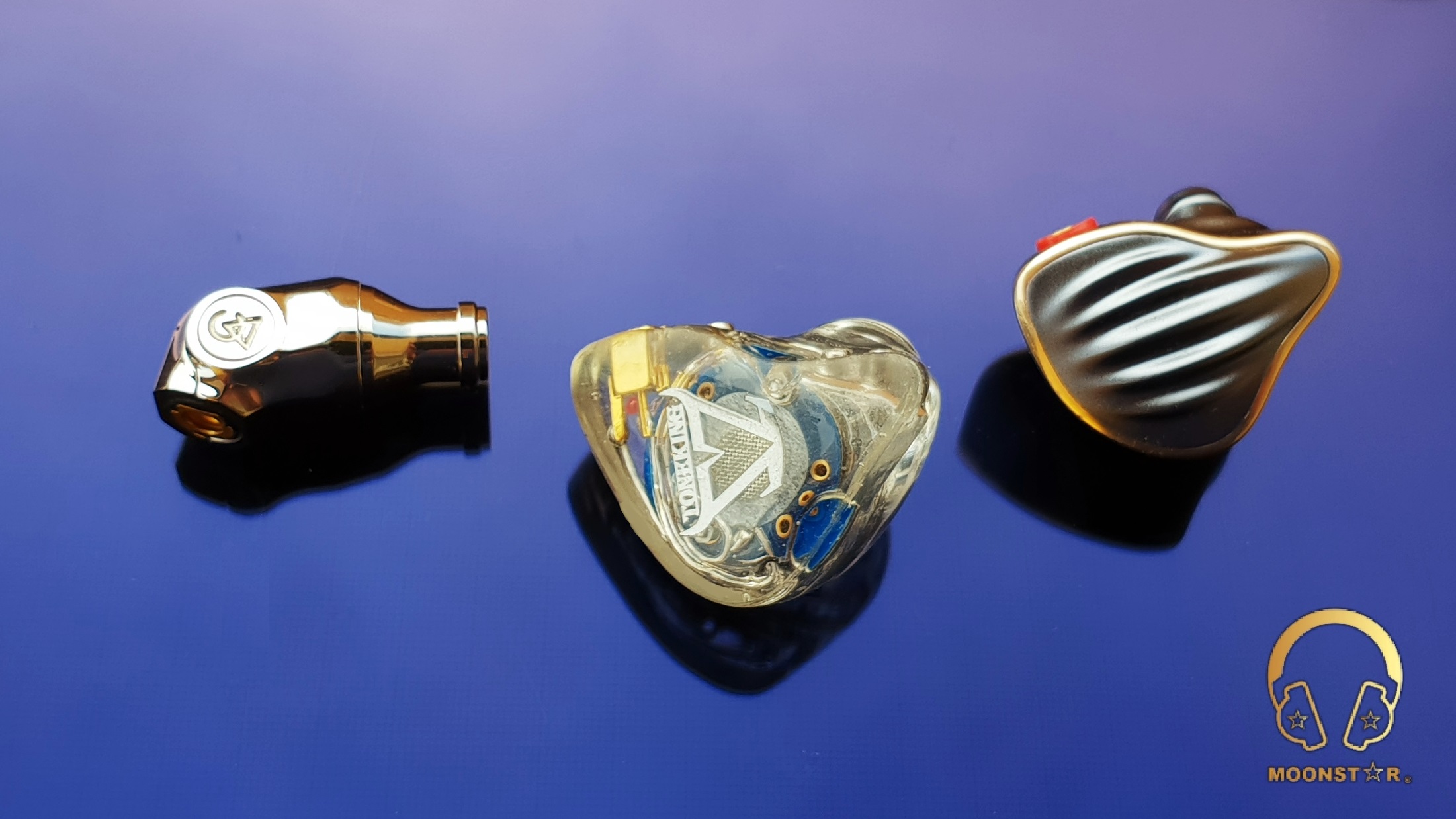 The FiiO FH5 is an IEM with a Hybrid (Balanced Armature + Dynamic) driver configuration, while the Toneking BL1 has one planar magnetic driver of with a diameter of 14mm.

The Toneking BL1 has a slightly V shaped sound signature, while the FiiO FH5 shows a W shaped character. Both IEM’s are showing a musical presentation with a slightly warmer than neutral tonality.

The subbass depth of both IEM’s is on a good level, while the FH5 has a more pronounced presentation with a better subbass depth and extension.

The bass of the BL1 sounds more linear than those of the FH5, while it FH5 has slightly more quantity and impact and the BL1 shows better tightness and speed.

Both IEM’s are pretty equal in terms of instrument performance, while the FiiO FH5 shows a warmer tonality. The Toneking BL1 is more successful in terms of detail retrieval.

The FiiO FH5 is slightly more controlled in the upper midrange than the Toneking BL1, which sounds a bit sharp in this area. But I can say that the BL1 is superior in terms detail and clearness.

Both IEM’s have a stage that is suitable for a precise instrument placement. The Toneking BL1 is superior in terms of soundstage width while the FiiO FH5 has more depth. 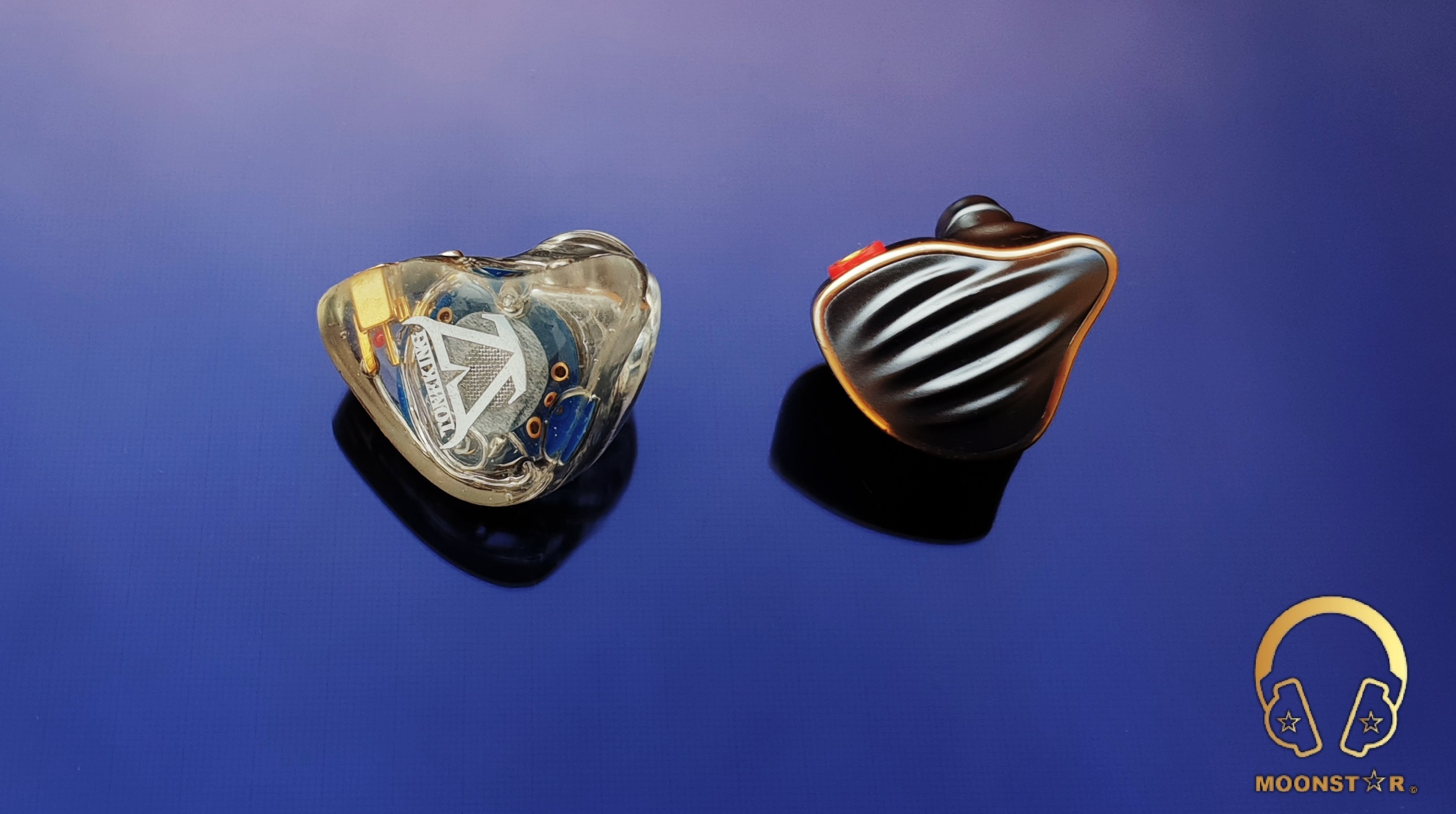 The Campfire Audio Comet is a In-Ear Monitor with a single Balanced Armature driver while the BL1 has a planar magnetic driver with a diameter of 14mm.

The overall tonality of the Toenking BL1 is warmer, fuller and more musical than those of the Campfire Audio Comet IEM.

The subbass of both In-Ear Monitors shows an average depth, while the midbass of both IEM”s is strong and impactful. The Toneking BL1 is superior to the Campfire Audio Comet in terms of bass speed and tightness.

The lower midrange of the Comet is lacking a slightly level of depth, while the upper midrange are more pronounced and detailed, which make the female vocal presentation pretty detailed.  The Toneking BL1 on the other had shows better depth which makes it more suitable for male vocals, while its upper midrange has slightly better extension and transparency.

The treble range of the Campfire Audio Comet is showing a good level of brightness and detail, while the Toneking BL1 sounds brighter more transparent but a bit harsh compared to the Comet, which has a smoother and more fatigue free presentation in this frequency region. 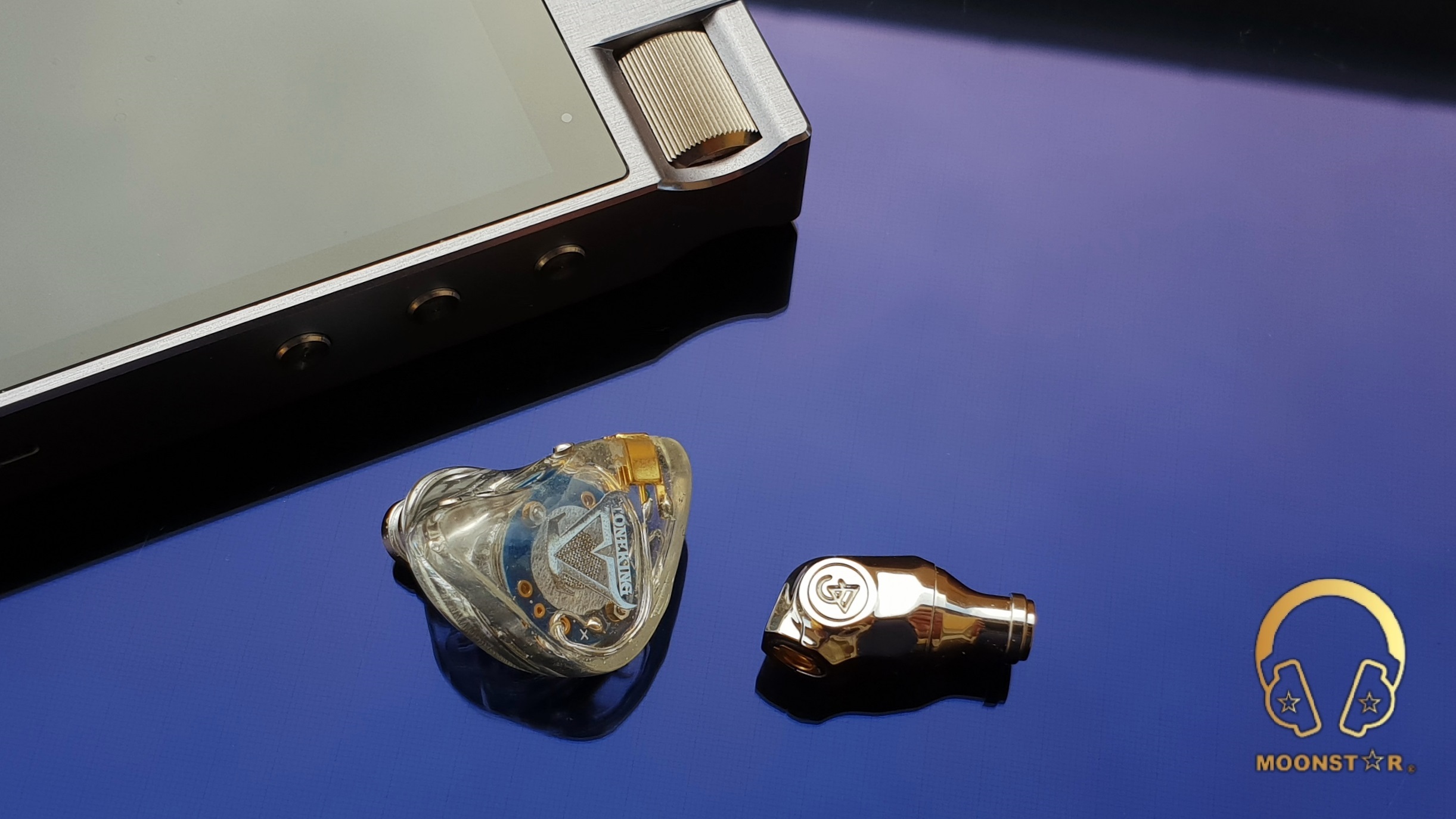 The iBasso DX150 is a pretty full sounding DAP. The bass is deep, while the midrange is musical and is showing a fairly warm tonality. The upper midrange is mildly pounced and very controlled and it has a soft treble presentation. The upper midrange and treble character of the DX150 was able to smooth out the sharpness of the BL1, which was a result of the peak around 10kHz range.

The QLS QA361 is powerful and detailed sounding DAP with a close to neutral tonality. The QA361 has improved the bass speed of the BL1 noticeable. The QA361 did also slightly improve the midrange transparency of the Toneking BL1, while the upper midrange harmony was not that successful due to the pronounced character of both sources.

The Toneking BL1 has a unique tonality due to its planar-magnetic driver configuration. This makes it to a great choice for those who are looking for an in-ear monitor with a wide soundstage, fast bass & treble reproduction, and a musical – fairly natural midrange presentation.