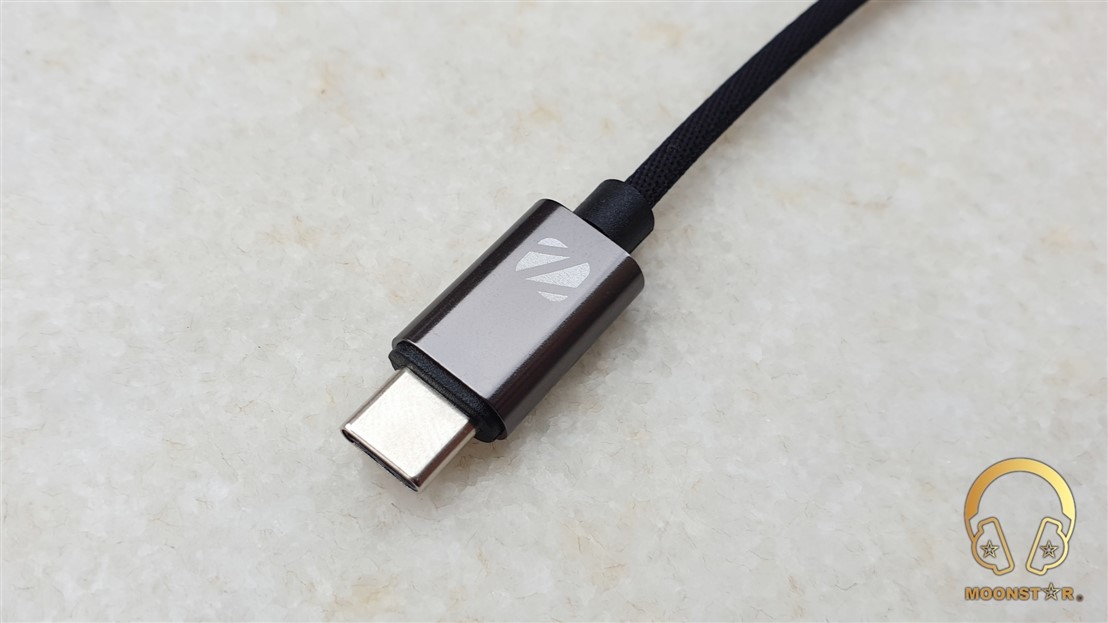 Zorloo is a Chinese Portable Audio Equipment Company that is specialized in products like Portable DAC’s and In-Ear monitors with Digital interface.

The Zorloo Ztella that I will know review is a USB Type-C DAC dongle with 3.5mm output which do offer plug and play functionality. It is available in two different versions; the Standard Version that supports PCM-384K + DSD-5.6M and the MQA version with MQA + PCM-384K + DSD-5.6M support. 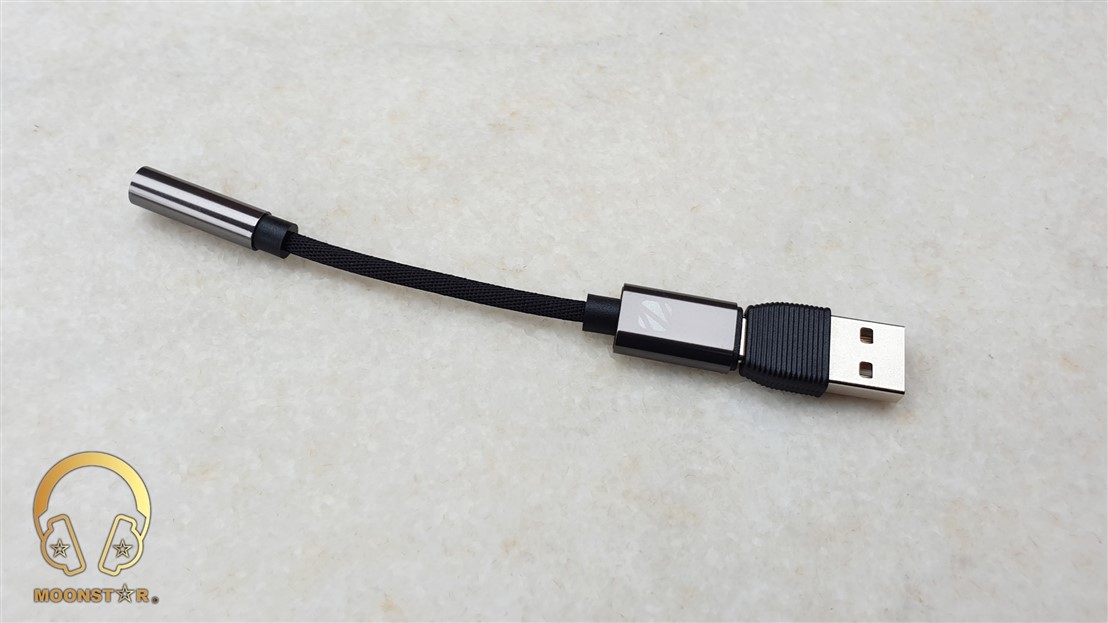 I would like to thank Zorloo for providing me this sample for review purposes. I am not affiliated with Zorloo beyond this review and these words reflect my true, unaltered opinions about the product.

The Standard Version without MQA support is available for 65,00 USD while the MQA variant do cost 99,00 USD.

PS: Zorloo offers also a USB-Type C to lighting converter adaptor which is available under the link below.

The device comes in simple plastic zipper bag which contains the following items; 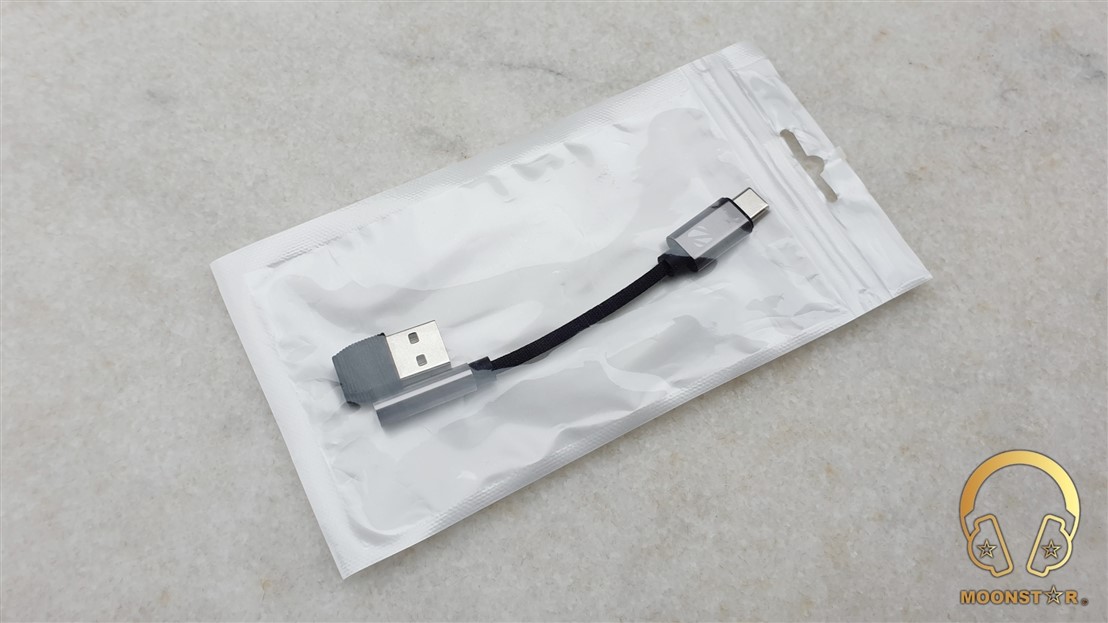 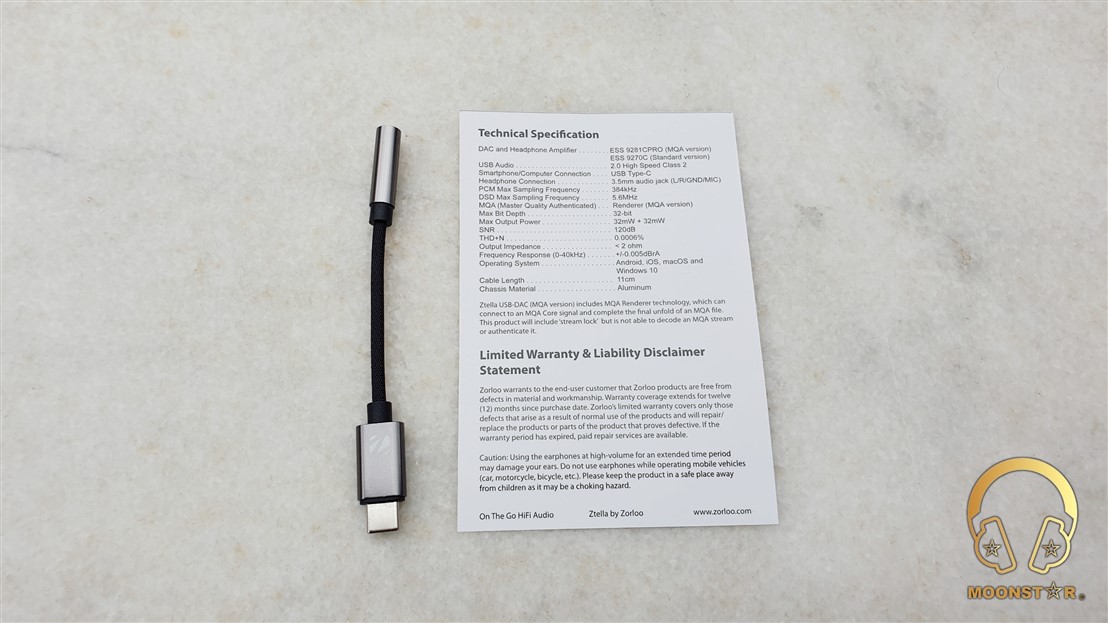 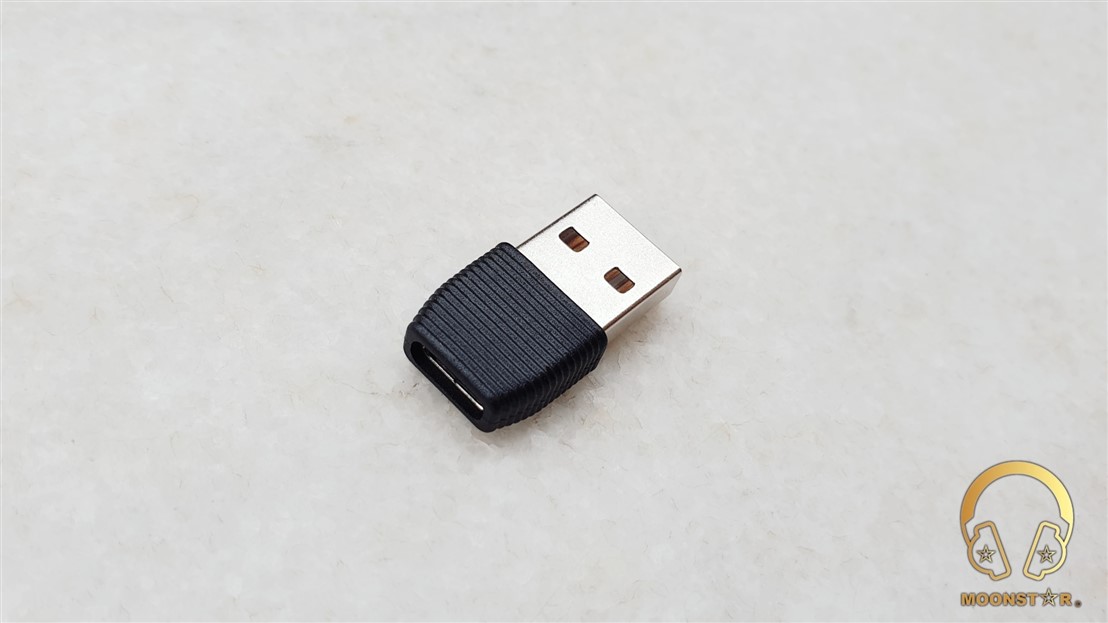 The Zorloo Ztella is a USB Type-C DAC Adaptor with a very small footprint, which is a combination of 3 parts; the main body, the low profile cable and the 3.5mm headphone output.

The main body which can be seen as the heart of the Ztella with all the internals like DAC, PCB, etc has a metal housing with a glossy gun metal finish. 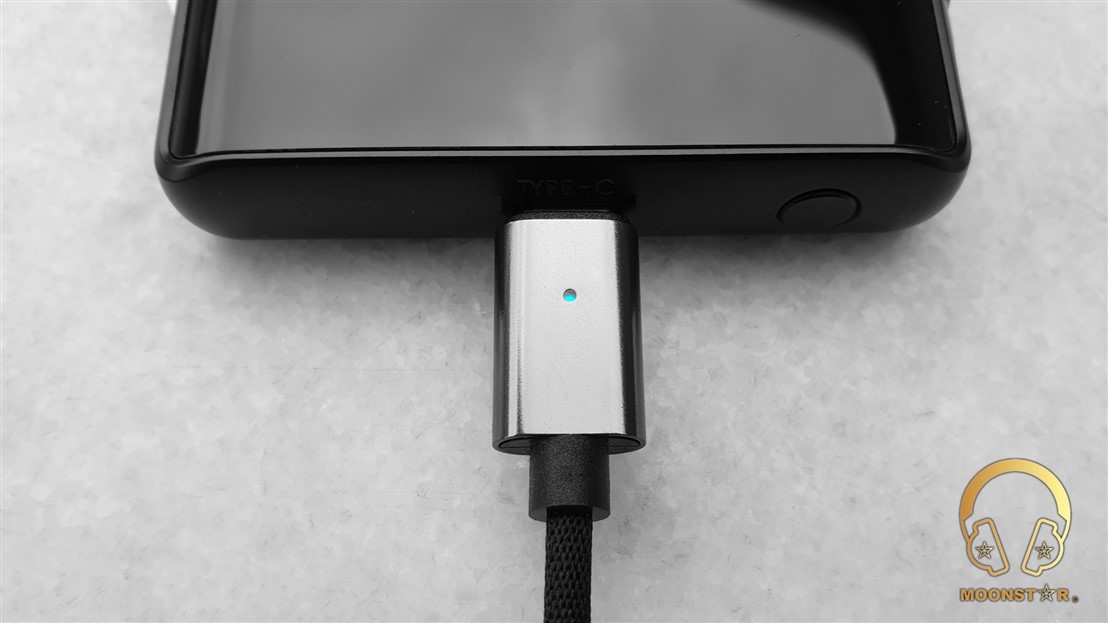 On the top of this main body is a LED status indicator that lights up when you plug it to your USB Type-C port of your source (Blue for idle or SD audio <= 48kHz, Red for HD audio > 48kHz, Magenta for MQA content). The MQA variant has a MQA logo near the connector that is printed in white color, while the standard version doesn’t have it.

At the rear side of the main hosing is the Zorloo brand logo in the same white color. 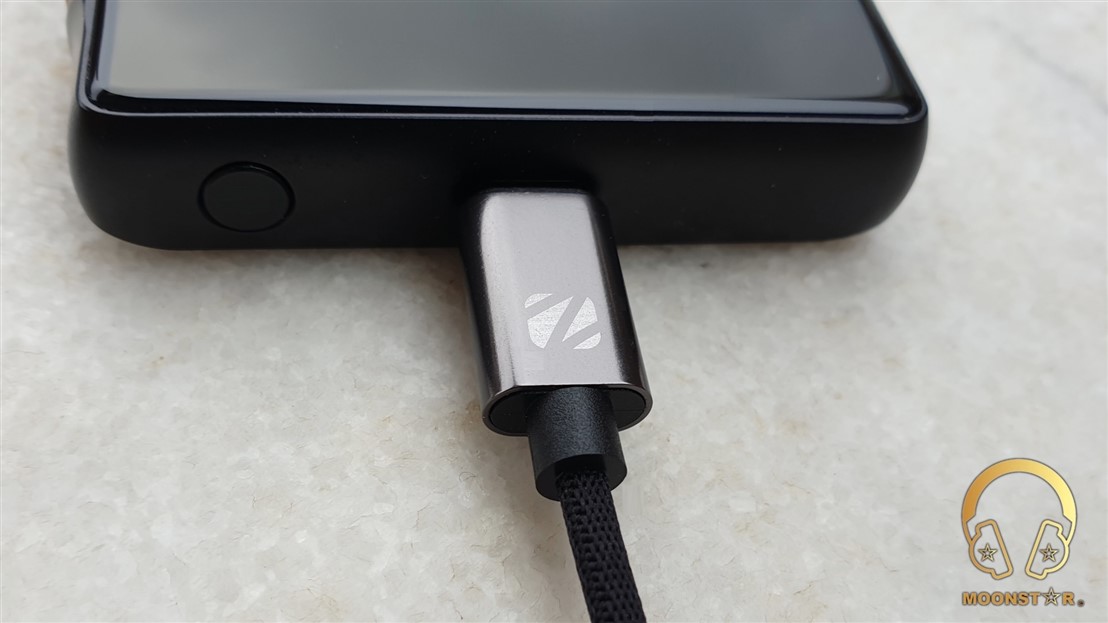 The Zorloo Ztella features a low profile data cable that is a flexible bridge between the main body and the part with the 3.5mm headphone output. The data cable has a nice fabric coating in black color which gives the Ztella more premium look than other dongles/adapters. 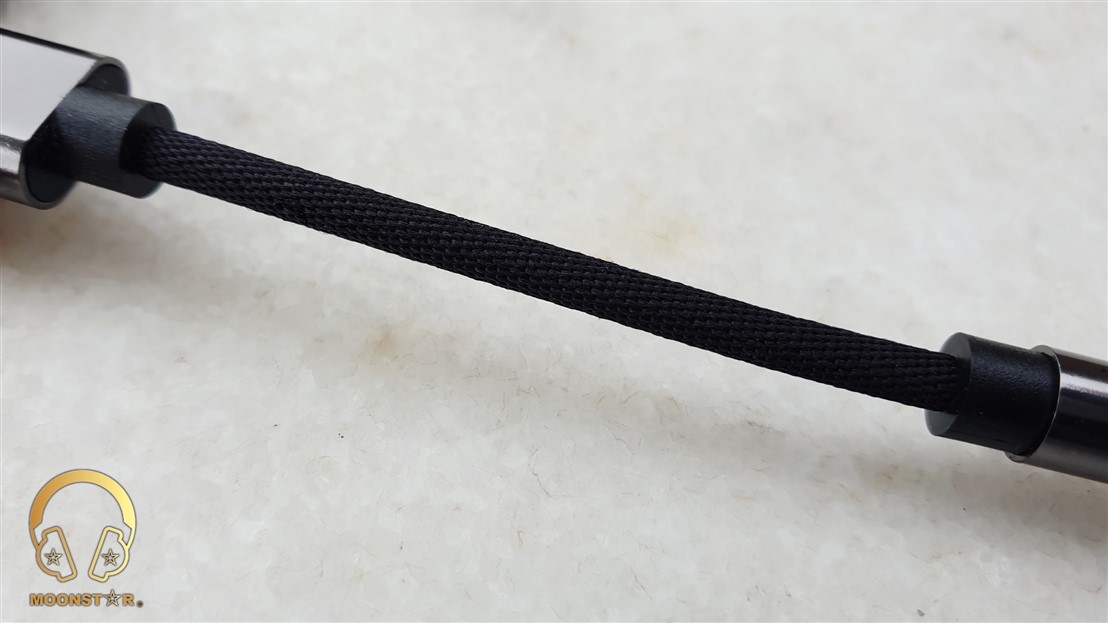 The third part with the 3.5mm headphone output has the same metal housing and finish like the main body. 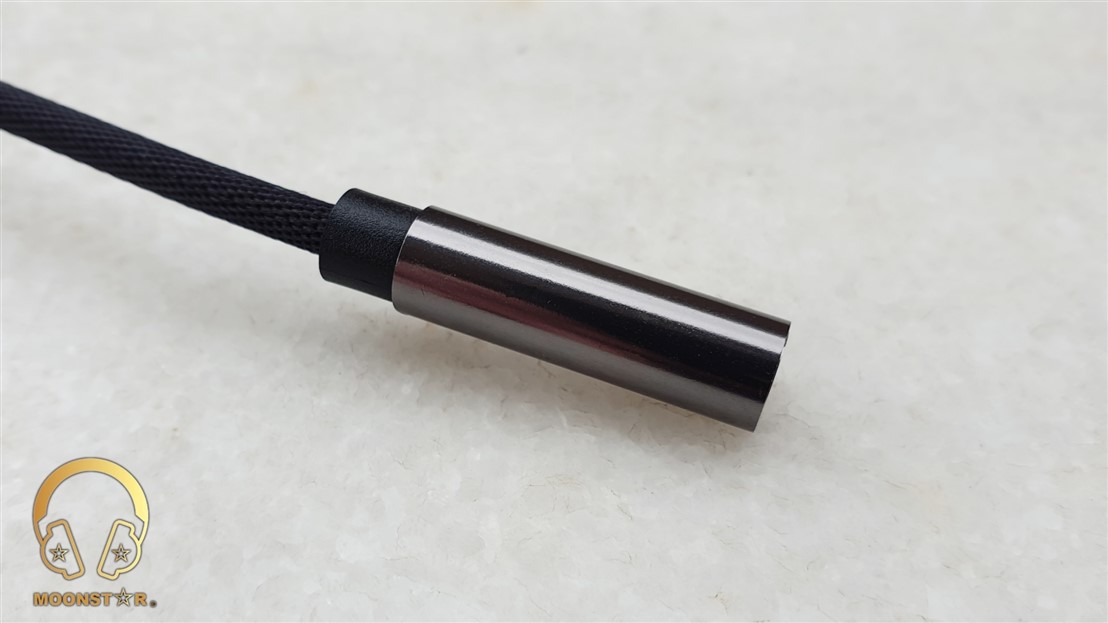 The overall build quality of the Ztella USB Type-C adaptor is petty good that doesn’t shows any imperfections.

The Zorloo Ztella is a USB Type-C DAC Dongle with some remarkable hardware specs. The Ztella has no battery and also no physical buttons and needs to be powered by the connected source such like a phone, tablet, pc, etc.

a) DAC (Digital to Analog Converter):

The standard version of the Zorloo Ztella features the ESS Sabre 9270 DAC (Digital to Analog Converter) Chip of the company ESS Technology. The ES9270, offers a streamlined solution focused on creating headsets or dongles/adaptors such like the Zorloo Ztella. It can provide 117 dB DNR and -110 Total Harmonic Distortion plus Noise (THD+N) and features the same low-power audio controller as the flagship, without the ASP or I2S bridge.

The MQA version features the ES9281PRO which is the flagship of the new line and can provide best-in-class audio performance at 124 dB DNR and -112 Total Harmonic Distortion plus Noise (THD+N). 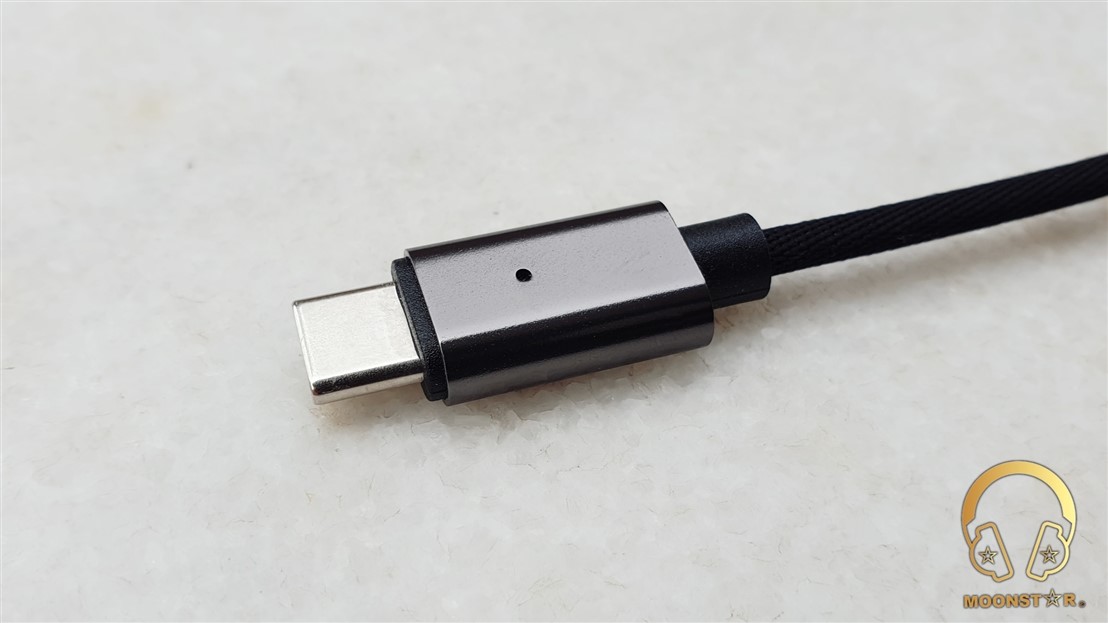 Zorloo Ztella has an integrated headphone amplifier that can automatically detect and analyze the connected Earphone or Headphone impedance to generate the ideal output levels. The maximum output power of the Ztella is 32mW per channel.

When it comes to the background noise of the Ztella, I can say that it was on a pretty low level while I did listen to some of my sensitive IEM’s. 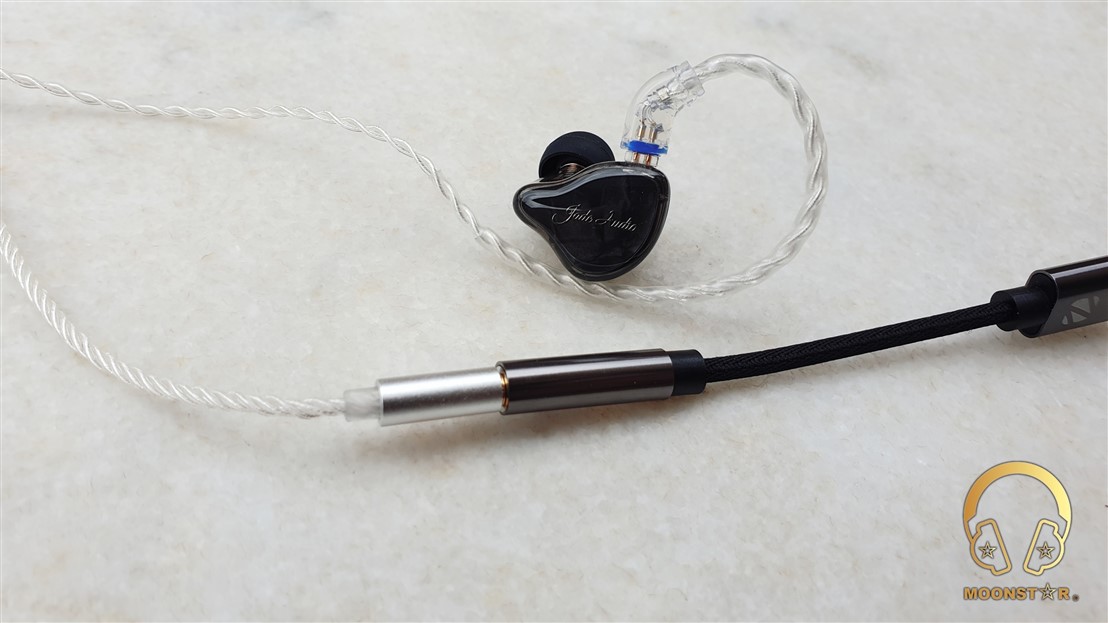 The Zorloo Ztella (Standard Version) USB Type-C DAC Adaptor (Dongle) offers a slightly warmer than neutral tonality. The bass is pretty strong and tight, the midrange has a good level of clarity and is musical, while the treble range is successful in terms of treble extension and control.

The subbass range of the Zorloo Ztella shows an average depth and extension, but wins in terms of control and resolution which sounds pretty impressive for a USB DAC Dongle. The subbass quantity and intensity will satisfy most users with exceptions of bassheads or those who prefer more subbass rumble and coloration.

The midbass region of the Zorloo Ztella is slightly more accented compared to the subbass area and shows a good level of impact and tightness. It helps to give the overall presentation more musicality and fullness without to overwhelm or to affect the midrange clarity and general level of airiness.

The bass of the Zorloo Zetella can be described in general as pretty linear and controlled that offers also a good level of resolution. 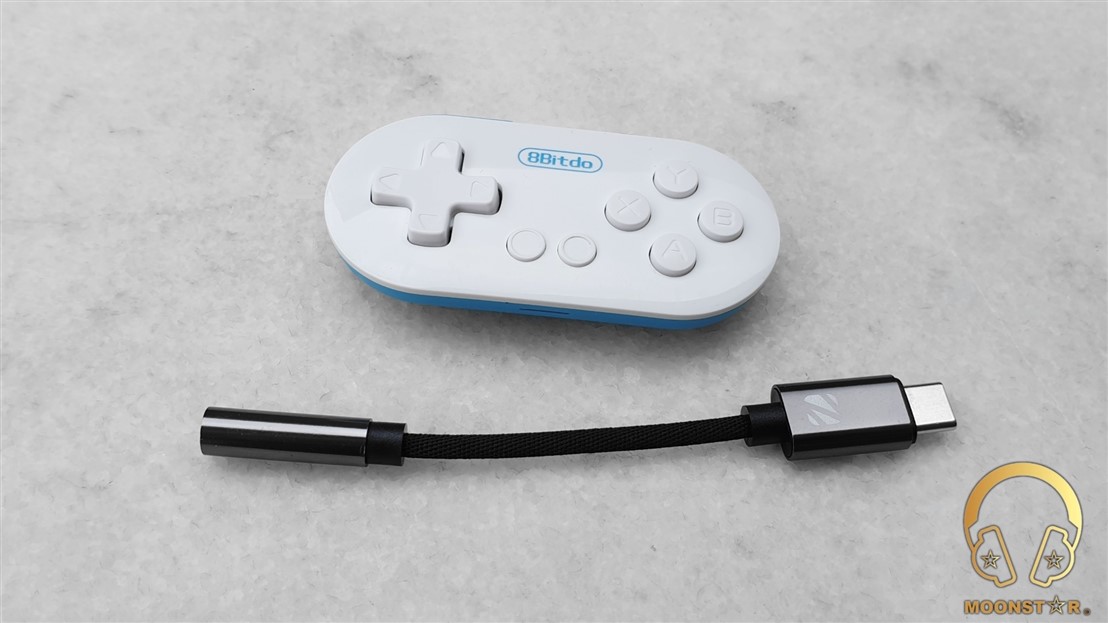 The midrange of the Zorloo Ztella has a slightly warmer than neutral tonality and shows a pretty musical presentation. The level of clarity and airiness is pretty good due to the well pronounced tuning that is also not affected by the lower frequency region. Vocals and instruments do sound quite neutral and are rendered with a good amount resolution thanks to the well implanted ESS9070C DAC chip.  Instruments and vocals do sound pretty clear and musical without to be too much colored or lifeless.

The lower midrange is slightly less pronounced and detailed compared to the upper midrange that shows also higher extension. Both male and female vocals do sound fairly natural and transparent while female vocals are more highlighted and pleasant to listen to.

The treble range of the Zorloo Ztella has a pretty neutral tuning that shows a tad of warmth which is not overdone. The overall treble extension is quite good for a USB DAC adaptor, while the lower treble range is slightly more pronounced compared to the upper treble region and shows in general a fairly controlled decrease. 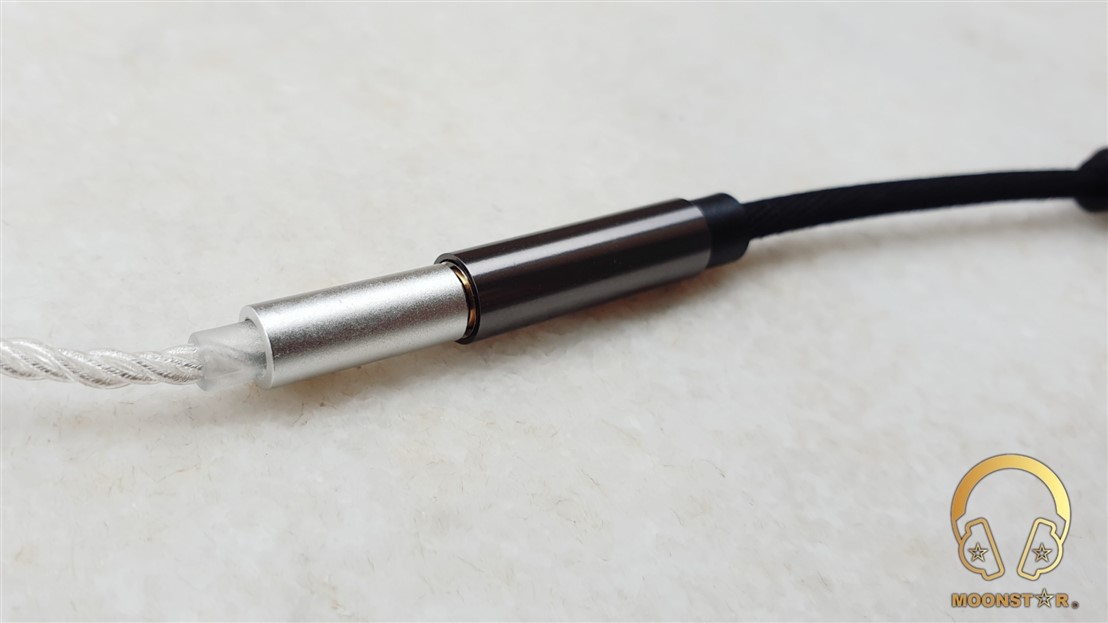 The overall treble tuning helps especially if you listen to bad recorded or remastered albums/tracks. Instruments like cymbals do sound detailed and fairly natural in songs like The Dave Brubeck Quartet’s “Take Five”. Crash and ride cymbals on the other hand don’t show any negative conditions like muddiness or mixings.

The soundstage performance of the Zorloo Ztella is pretty ok for a device like a USB DAC Dongle. The soundstage of the Ztella has slightly more depth than its wideness which is on a moderate level. The performance in terms of separation and placement of instruments is on a good level and there is enough air and space between instruments & vocals. 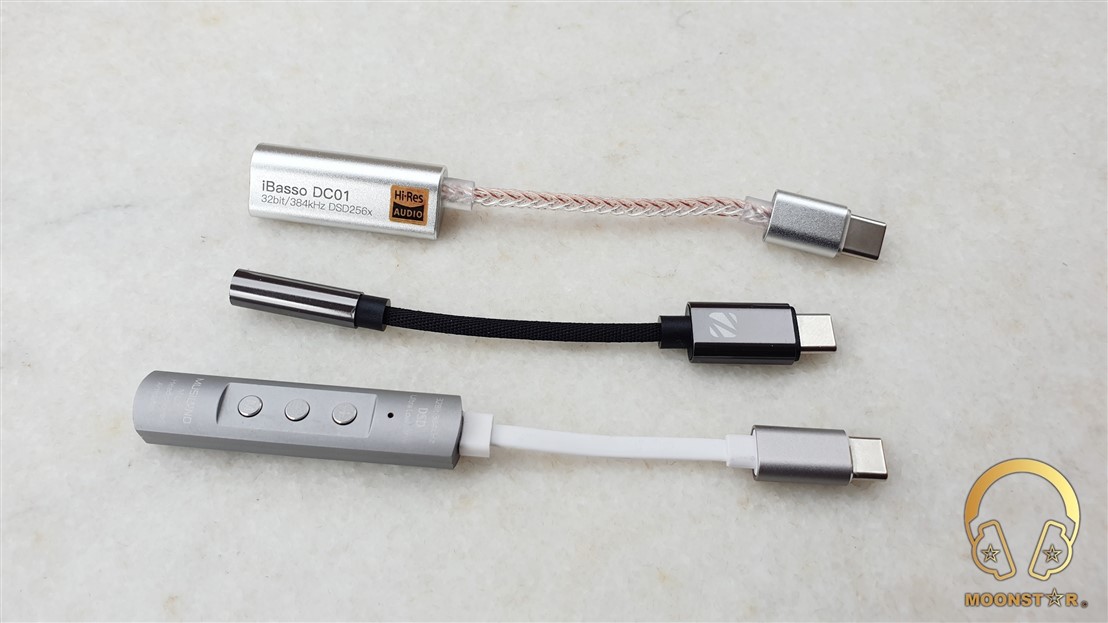 Both the iBasso DC01 and the Zorloo Ztella do sound very similar, which means that the differences which I will analyze bellow are very minimal. The main difference is the power of the iBasso DC01 that delivers more juice due to the higher output power and balanced output configuration. The Zorloo Ztella has maybe less power compared to the DC01 but offers a clearer noise floor and higher background clarity.

The iBasso DC01 has in general a slightly warmer and more musical tonality compared to the Zorloo Ztella.

The midrange of the iBasso DC01 is slightly fuller and shows a warmer in tonality compared to the Zorloo Ztella, which has a less upfront and a more airy presentation with better level of clarity.

The lower midrange of DC01 shows more depth and fullness which makes it slightly more successful with male vocals. The upper midrange of the both devices is very similar maybe a tad more pronounced and detailed with the Zorloo Ztella which sound pretty good with female vocals.

The treble range of both the Zorloo Ztella & iBasso DC01 is pretty similar in terms of quantity and tonality while instruments like cymbal are a bit more highlighted with the DC01. The DC01 has slightly more sparkle and treble extension, while the Ztella has the upper hand in terms of control.

When it comes to soundstage I can say that both USB DAC Dongles have an above average performance in terms of soundstage width and depth. The Zorloo Ztella shows slightly better depth, while the iBasso DC01 shows more wideness. 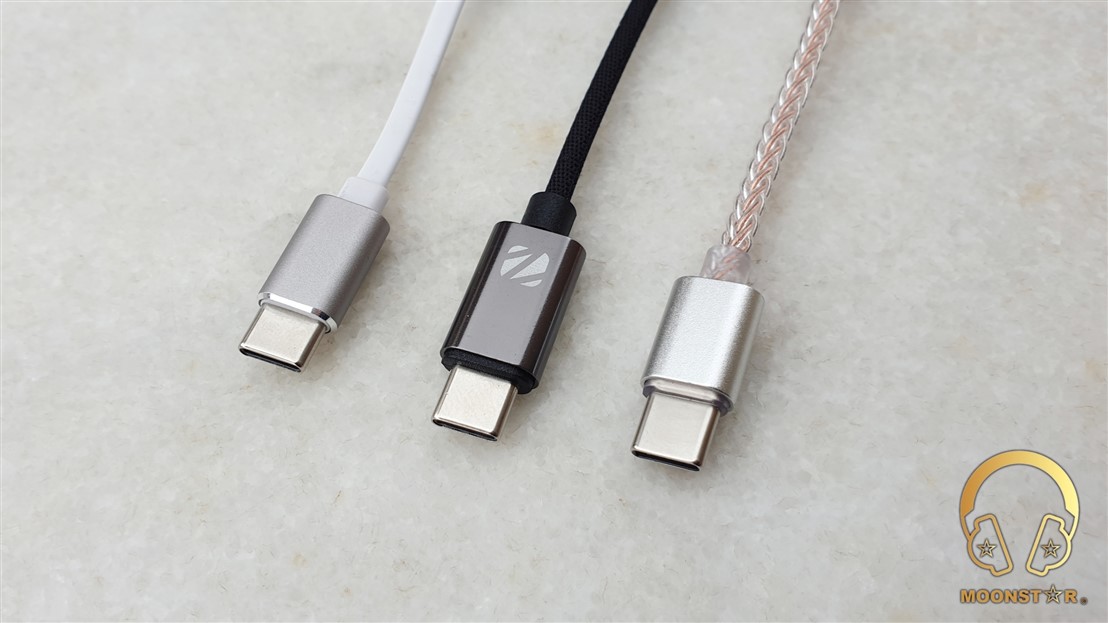 The midbass of the Musiland MU2 shows more intensity and impact than those of the Zorloo Ztella. The Ztella on the other hand is more successful when it comes to control and tightness.

The midrange of both the Ztella and the MU2 is pretty good in terms of musicality and detail retrieval. But the midrange of the Musiland MU2 is more forward compared to those of the Zorloo Ztella. The lower midrange of the MU2 shows slightly more depth and fullness that gives a slightly advantage for male vocals, while the upper mirage is pretty equal in terms of quantity and intensity. Female vocals are fairly detailed and lively with both sources while the Ztella has the upper hand in terms of separation and control.

The soundstage performance of both devices is quite enough for such type of devices. The soundstage of the Musiland MU2 is slightly wider than those of the Zorloo Ztella, while the Ztella shows a better performance in terms of soundstage depth. 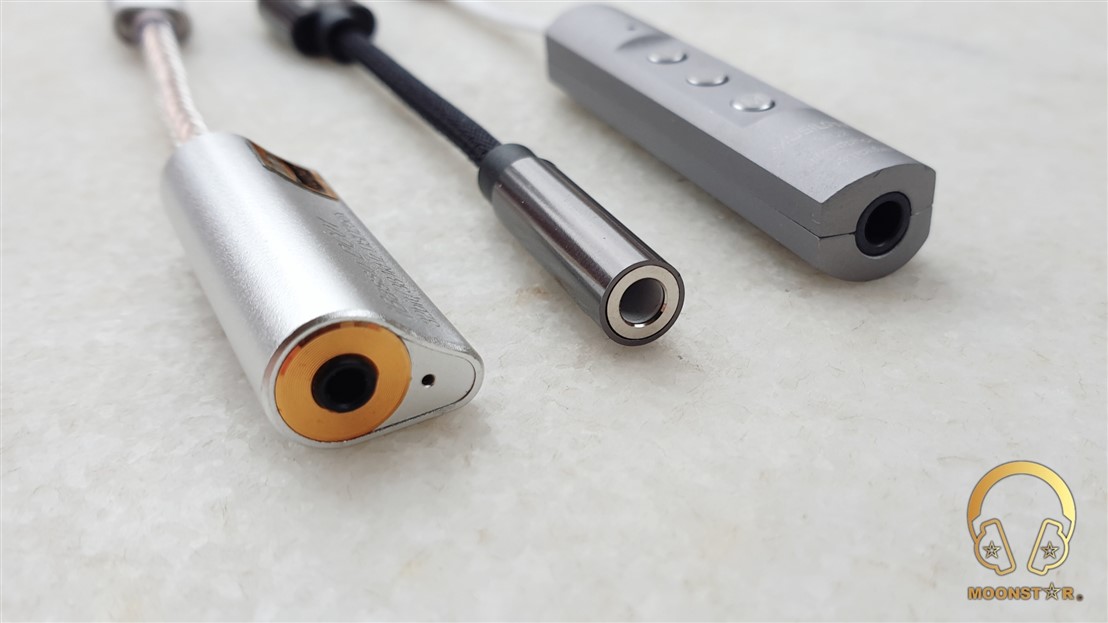 The Zorloo Ztella is an adaptor with a small footprint that offers additional output power and good performance in terms of sound quality, musicality and entertainment for smartphones without 3.5mm headphone out or for your Windows PC/ MAC device.