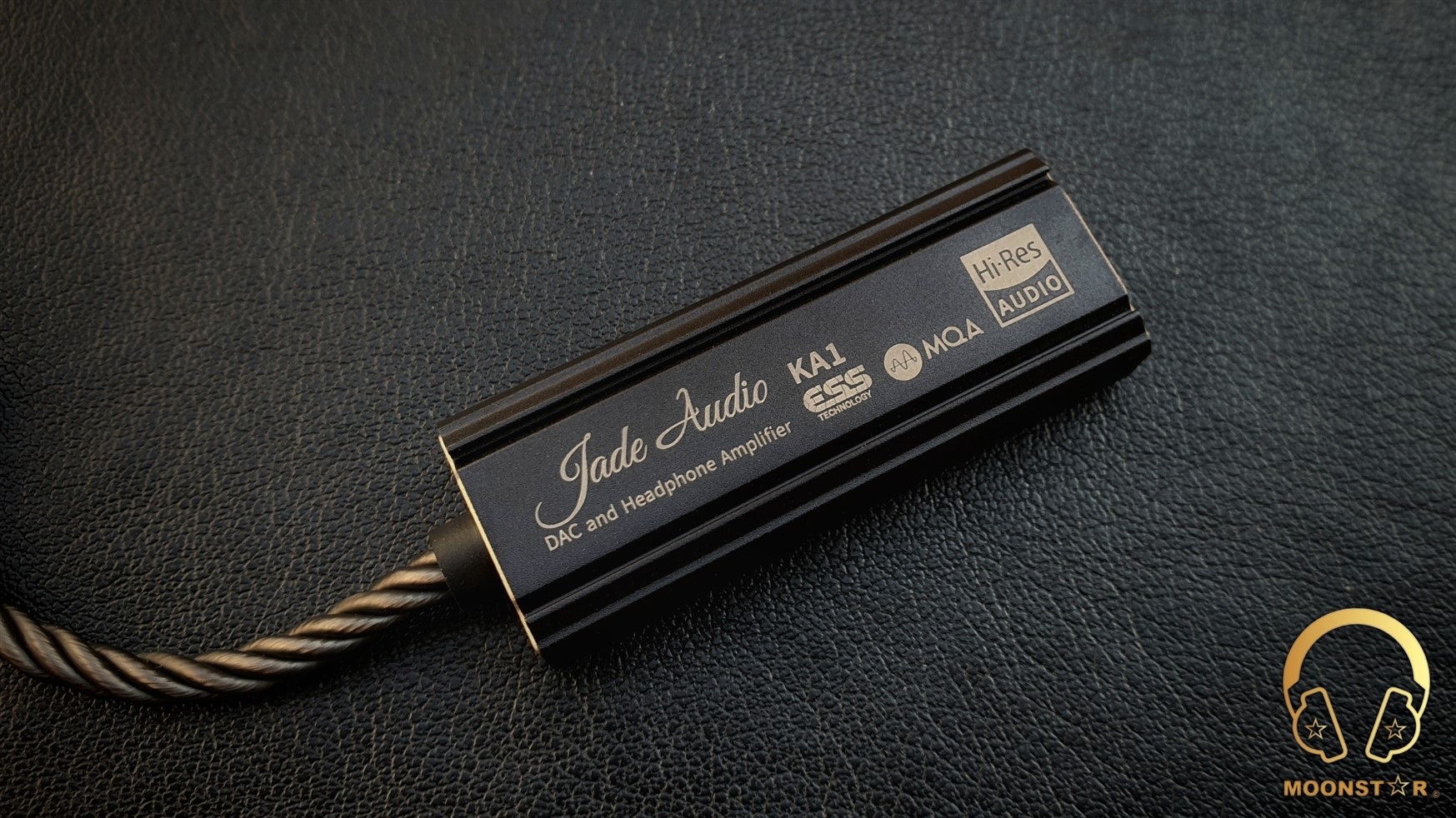 Jade Audio is a subsidiary brand of the company FiiO Electronic Technology Co., Ltd. that was established to service more customers, allow them to purchase products at competitive pricing and enjoy a more comprehensive service.

The FiiO (Jade Audio) KA1 is an Ultra Portable USB DAC/Amplifier that is equipped with an ES9281AC Pro DAC chip that features 32-Bit/384kHz PCM and Native DSD256 decoding support. Moreover, the device is MQA capable with up to 16x unfold.

I would like to thank FiiO for providing me the KA1 USB DAC/Amplifier as review sample. I am not affiliated with FiiO beyond this review and these words reflect my true and unaltered, opinions about the product.

The original actual price of the FiiO (Jade Audio) KA1 is 49.99 US$. More information’s can be found under the link below;

The FiiO KA1 came inside a box with that is wrapped with a fancy looking black cardboard sleeve that reflects the companies new package design. It shows the illustration of the device and some branding (Hi-Res, MQA, ESS) on its surface. 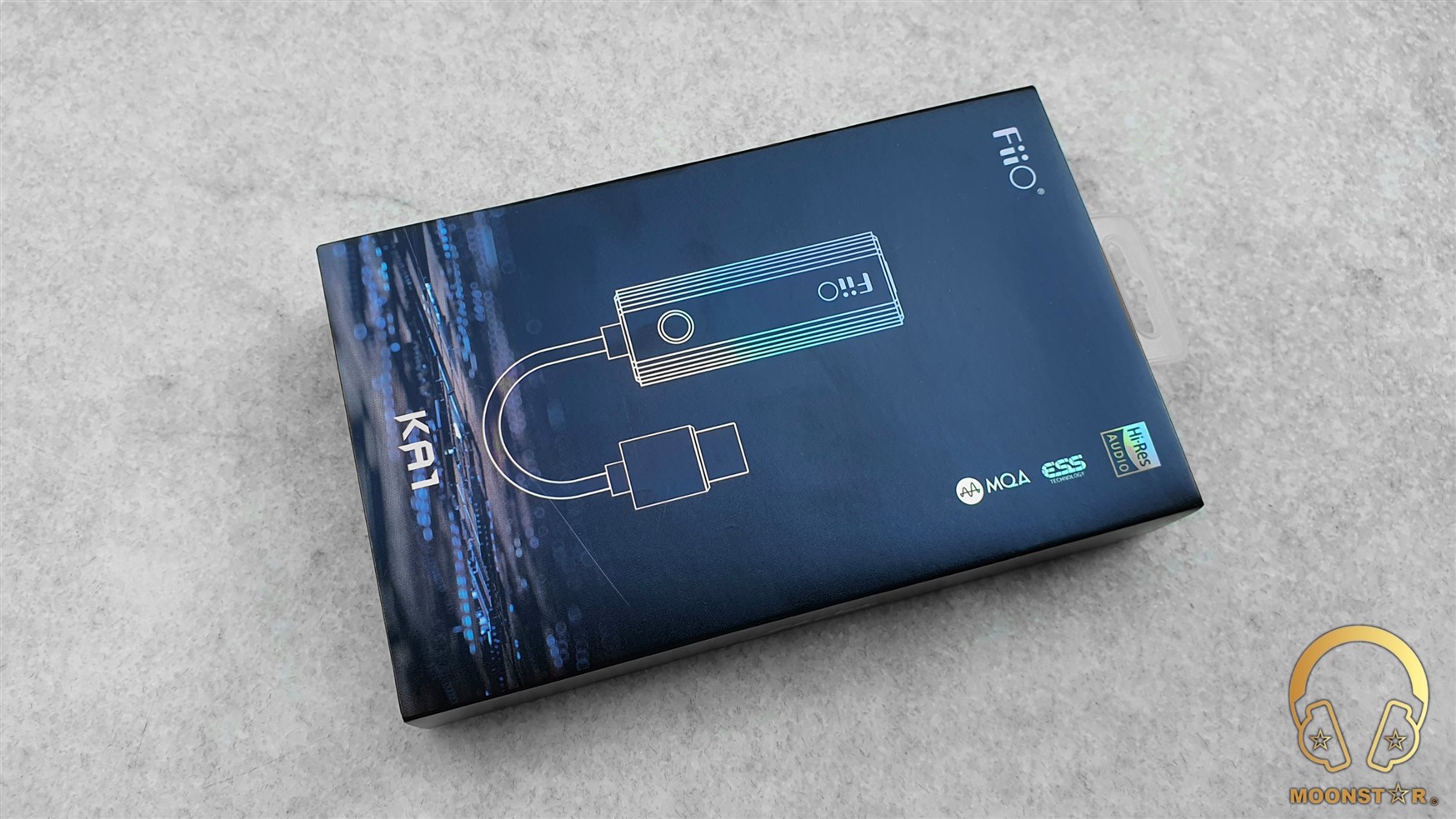 Inside the box are the following items: 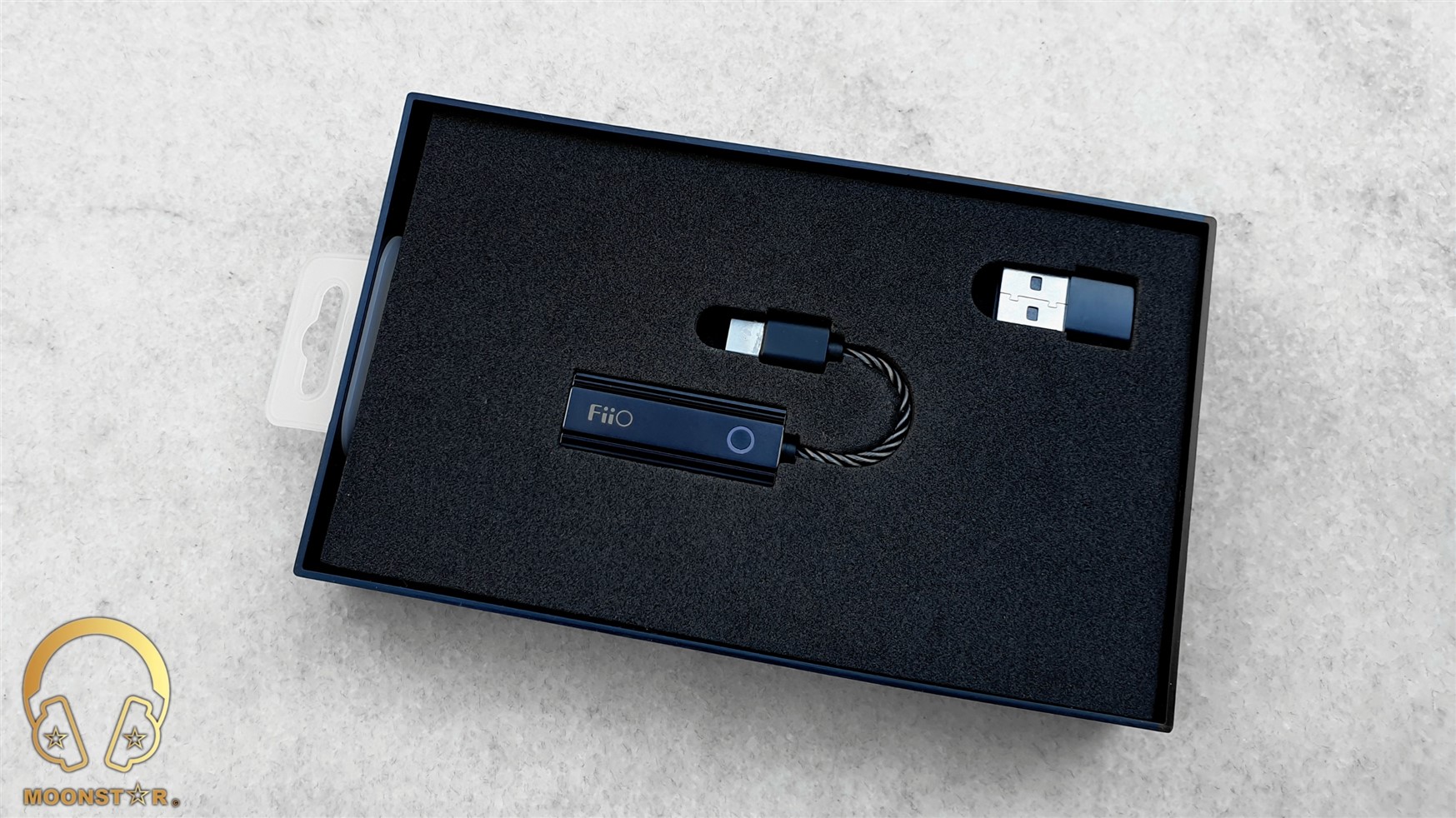 The KA1 is FiiO’s entry level USB DAC/Amplifier that shows a minimalistic design language with its rectangular shape and braided low profile cable. It’s a very small and lightweight device with dimension of 108mm x 15mm x 8mm (USB Type-C variant inclusive cable) and weight of about 10 grams, which is available with a black or dark night green main body color. The FiiO KA1 is available with USB-Type C and Lightning connector interface that you can chose while ordering the product. 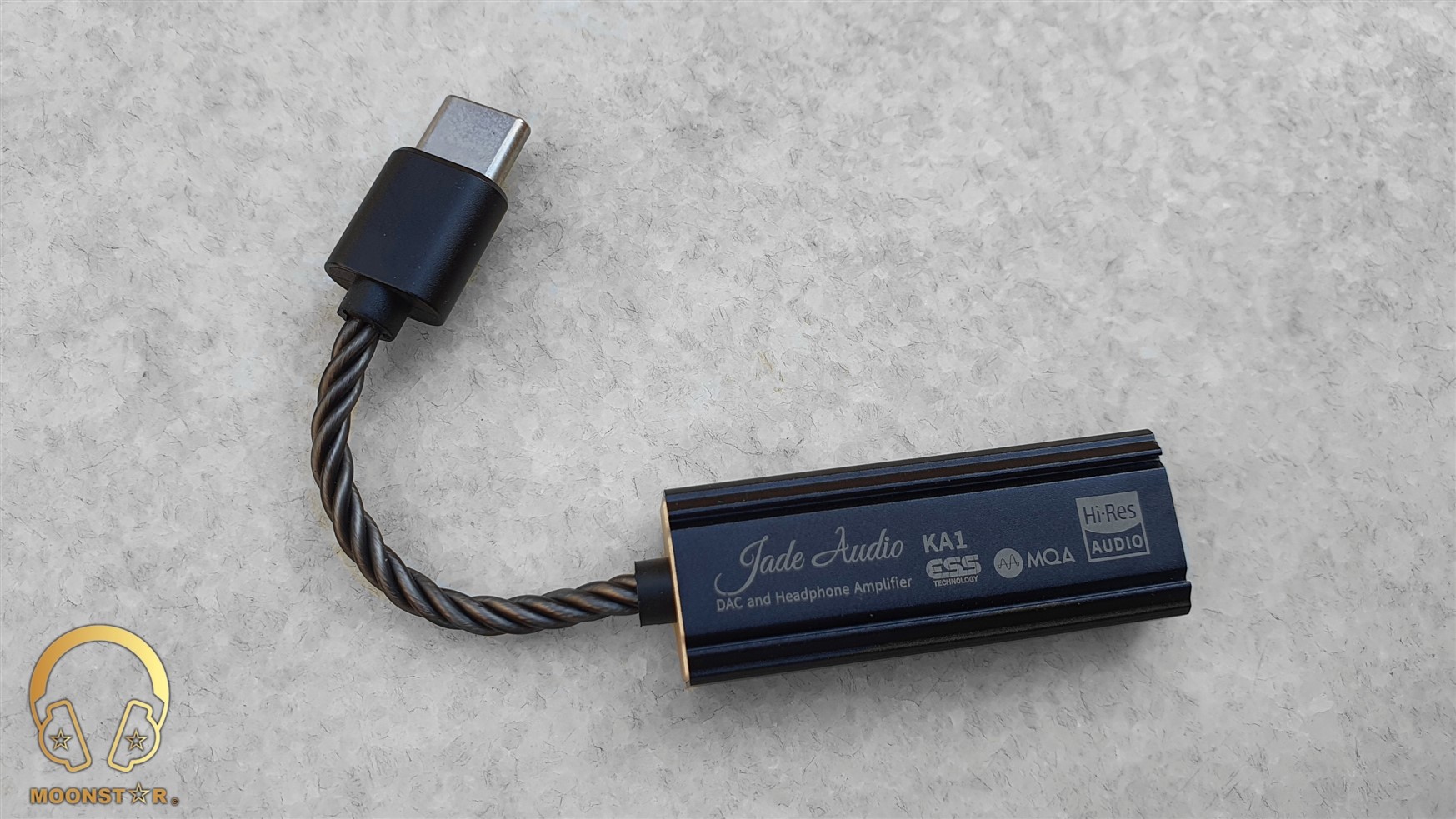 It KA1 is assembled from 3 parts, which are the main body, the braided low profile cable and the USB-Type C/Lightning (male) connector interface. The main body has a rectangular shape with dimension of 40mm x 15mm x 8mm, which is made mainly from lightweight aluminum alloy material. 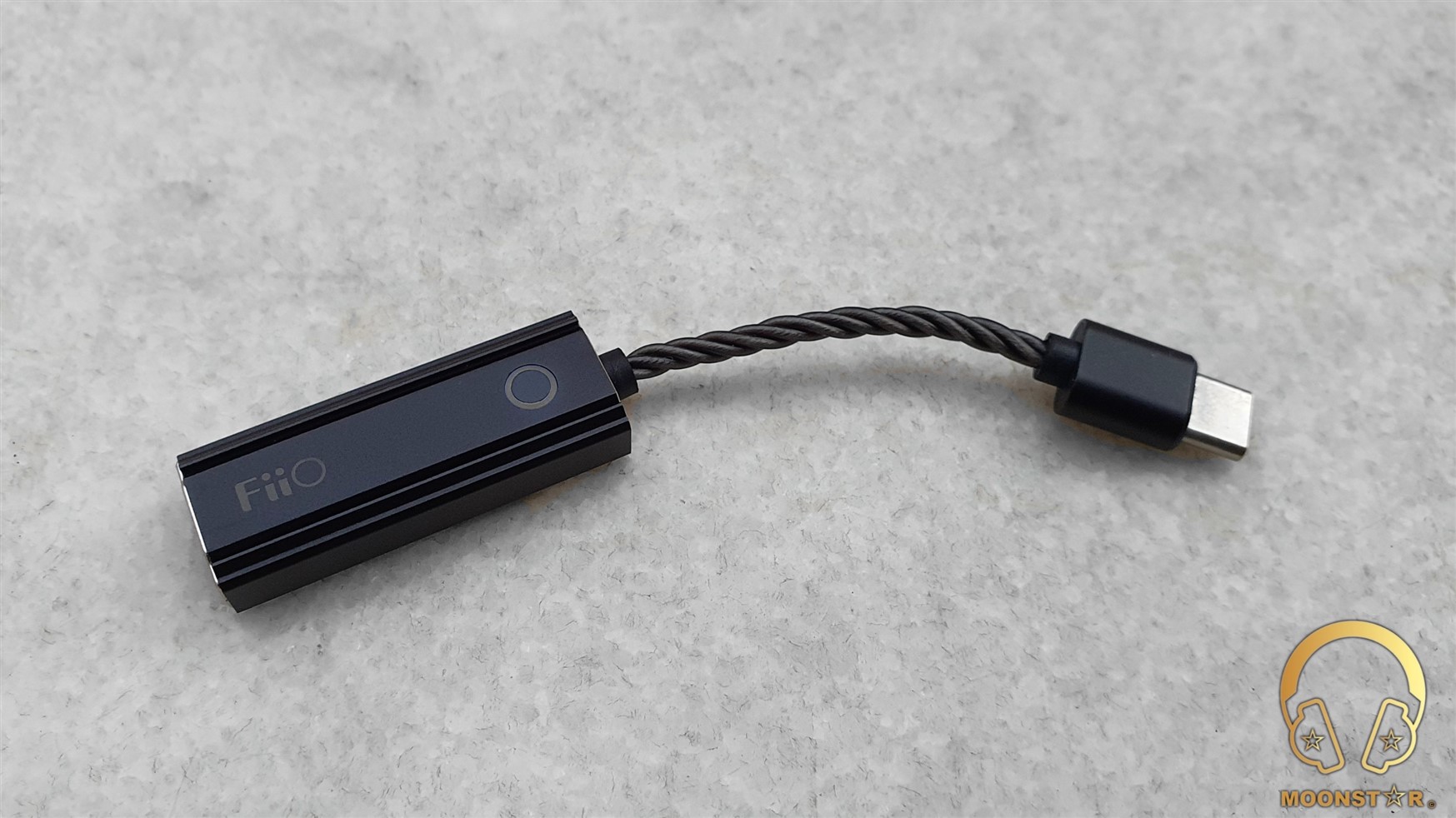 On the top surface of the device is the FiiO branding and a small LED indicator in form of a small ring that gives information’s about the actual sampling (Blue, Red, Green, Magenta). 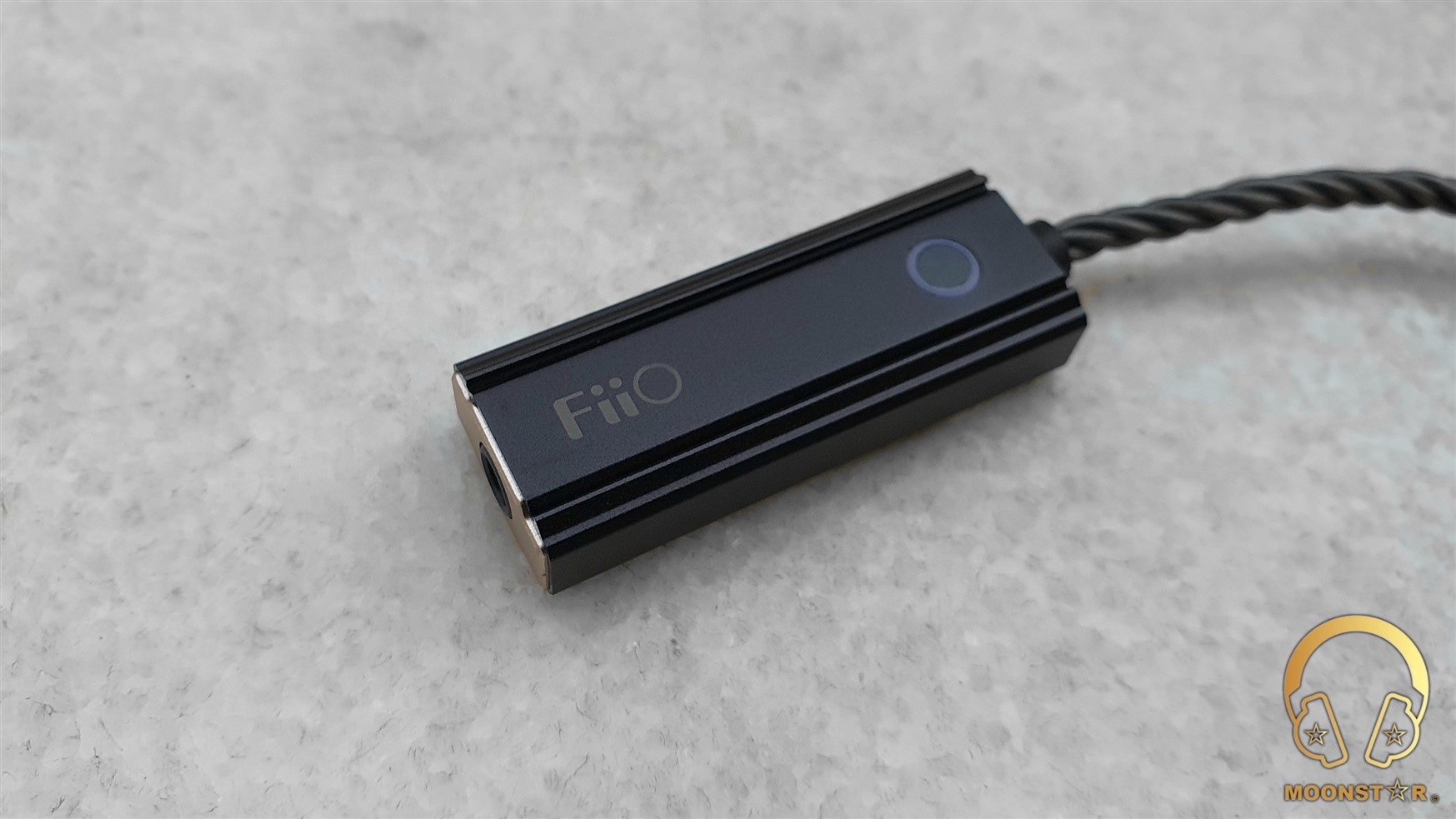 At the bottom surface are the Jade Audio logo and some product related certification brandings (MQA, ESS, Hi-Res, etc.). 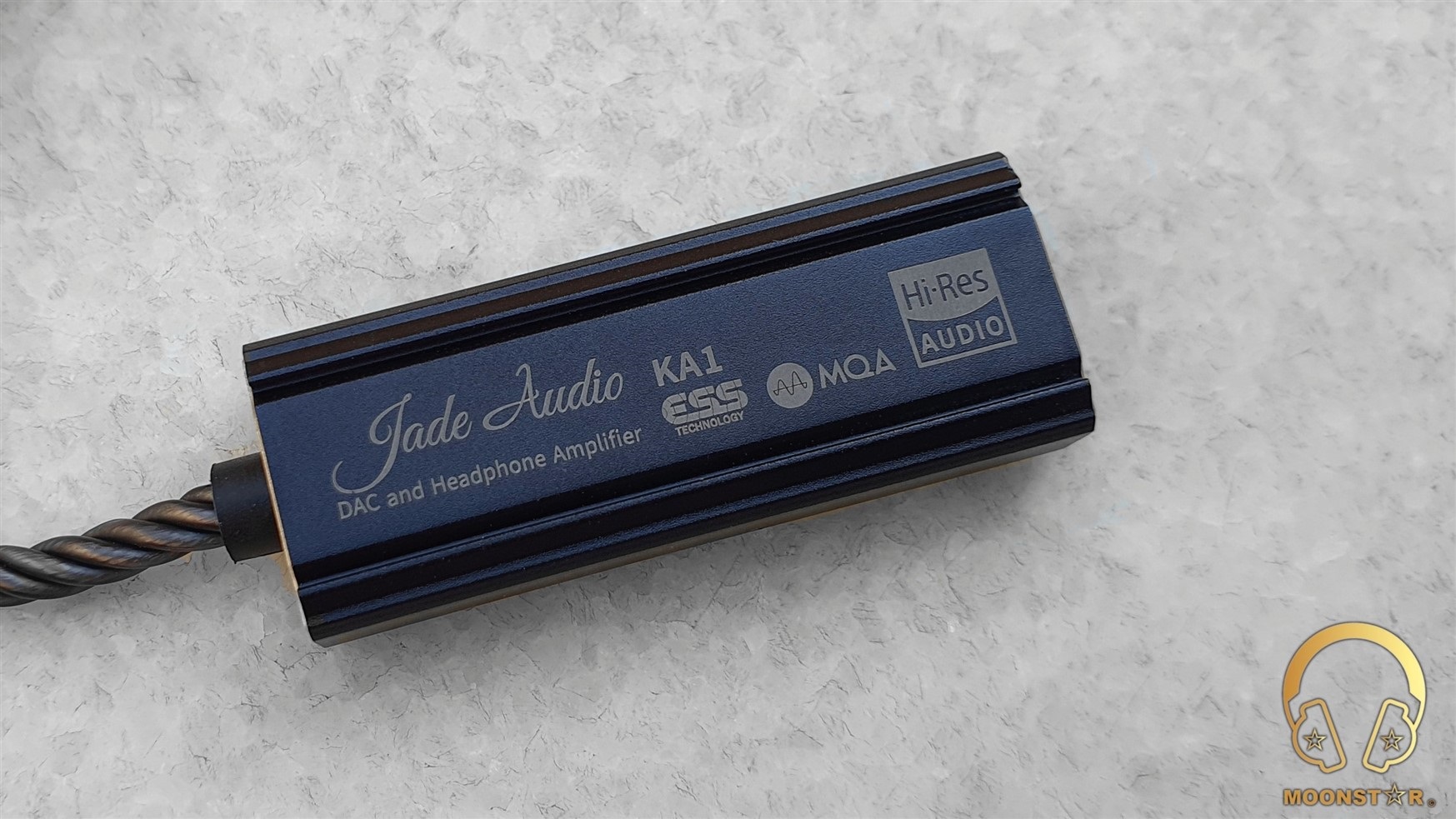 On the front of the KA1 is the 3.5mm Single Ended Analog output that is right in the centre of a metal surface with a yellowish surface. 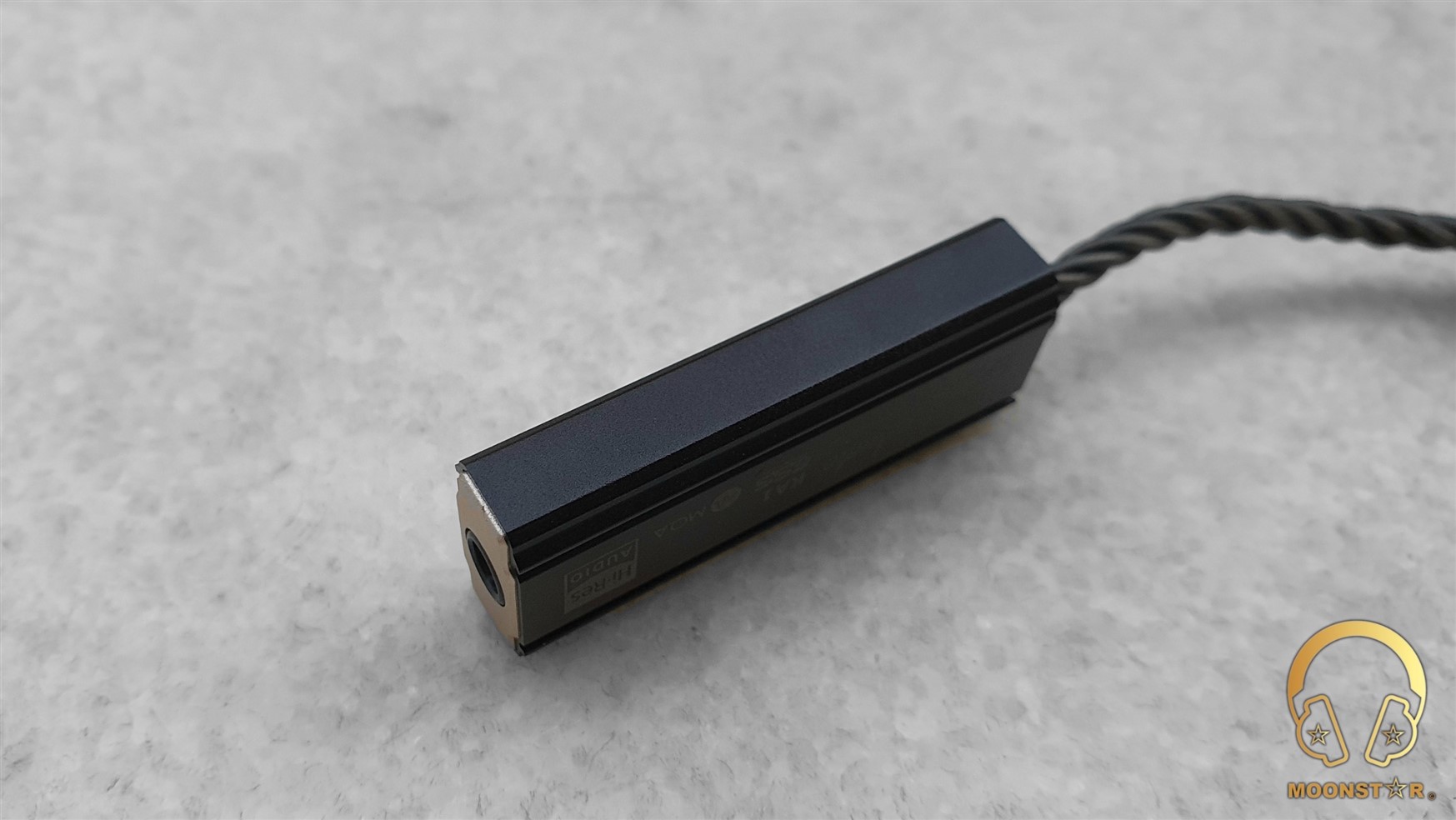 The rear surface is the fixed low profile cable with a braided design with a length of 68mm (inclusive Type-C connector), which is made from silver plated monocrystalline copper wire with a soft TPU insulation. 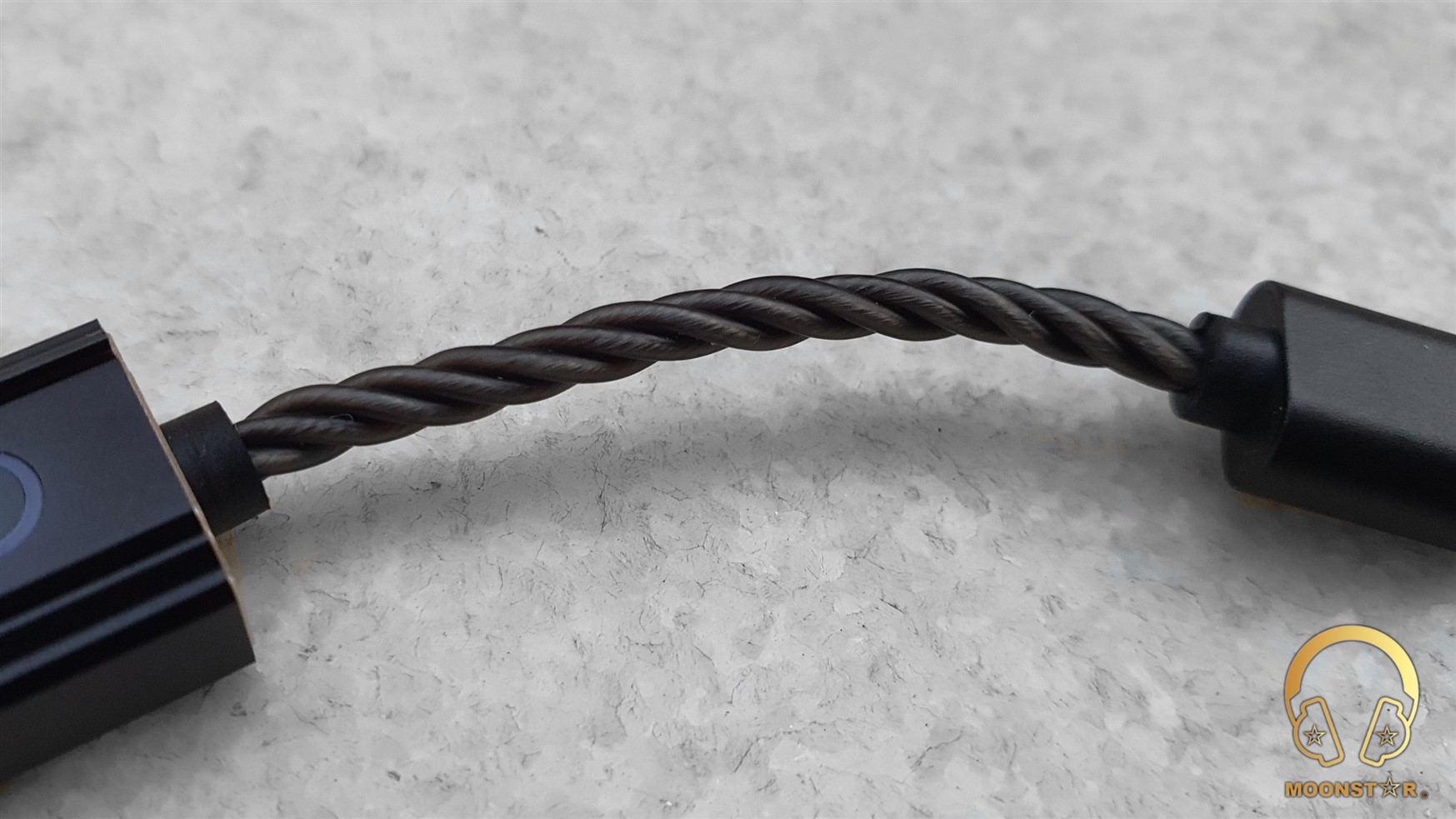 The overall build quality of the FiiO KA1 is decent for at this price, especially for a device with so many features.

The FiiO (Jade Audio) KA1 is a miniaturized USB DAC/Amplifier that is equipped with some remarkable hardware features that I will now list for you below.

FiiO KA1 is designed with a high-performance ES9281AC Pro DAC chip from ESS Sabre Technologies. It helps the KA1 to achieve high-quality performance while decoding high-resolution audio Signals with Low Noise-Floor and low distortion ratings. The Signal to Noise Ratio of the KA1 is about ≥ 114dB. The KA1 supports full 16x MQA decoding as well as high-resolution PCM up to 32 Bit/384kHz and DSD up to DSD256 decoding.

Details about the LED Sample Rate Indicator are below; 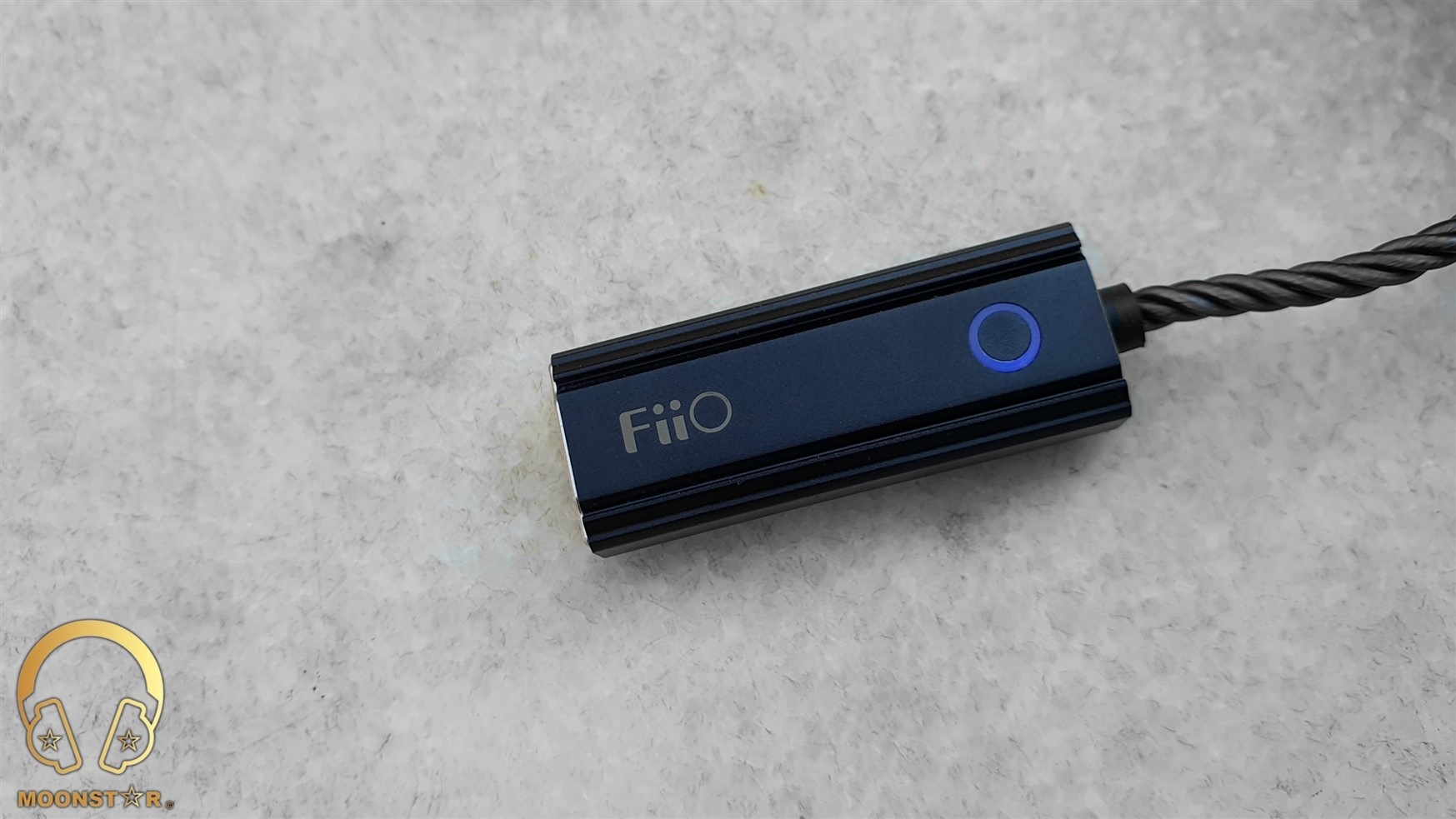 The FiiO KA1 is maybe not the most powerful USB DAC/Amplifier on the market, while it offers a pretty clean output with enough power for its size, so that you can easily drive most IEM’s, Earbuds and also Headphones like the SIVGA Phoenix or Audio-Technica ATH-M50.

Here are some Technical Details:

FiiO KA1 supports full 16x MQA (Master Quality Authenticated) rendering, which is a nice ability for such a small device.

The FiiO KA1 stands out with its pretty clean output and the ability to deliver a quite balanced and dynamic general sound presentation, which can be highly praised for a product at this price range.

PS: This review has been written after a burn-in period of approx 50 hours. My sound experiences below are mainly based on IEM pairings with the FiiO FD3 and FH5s Pro. 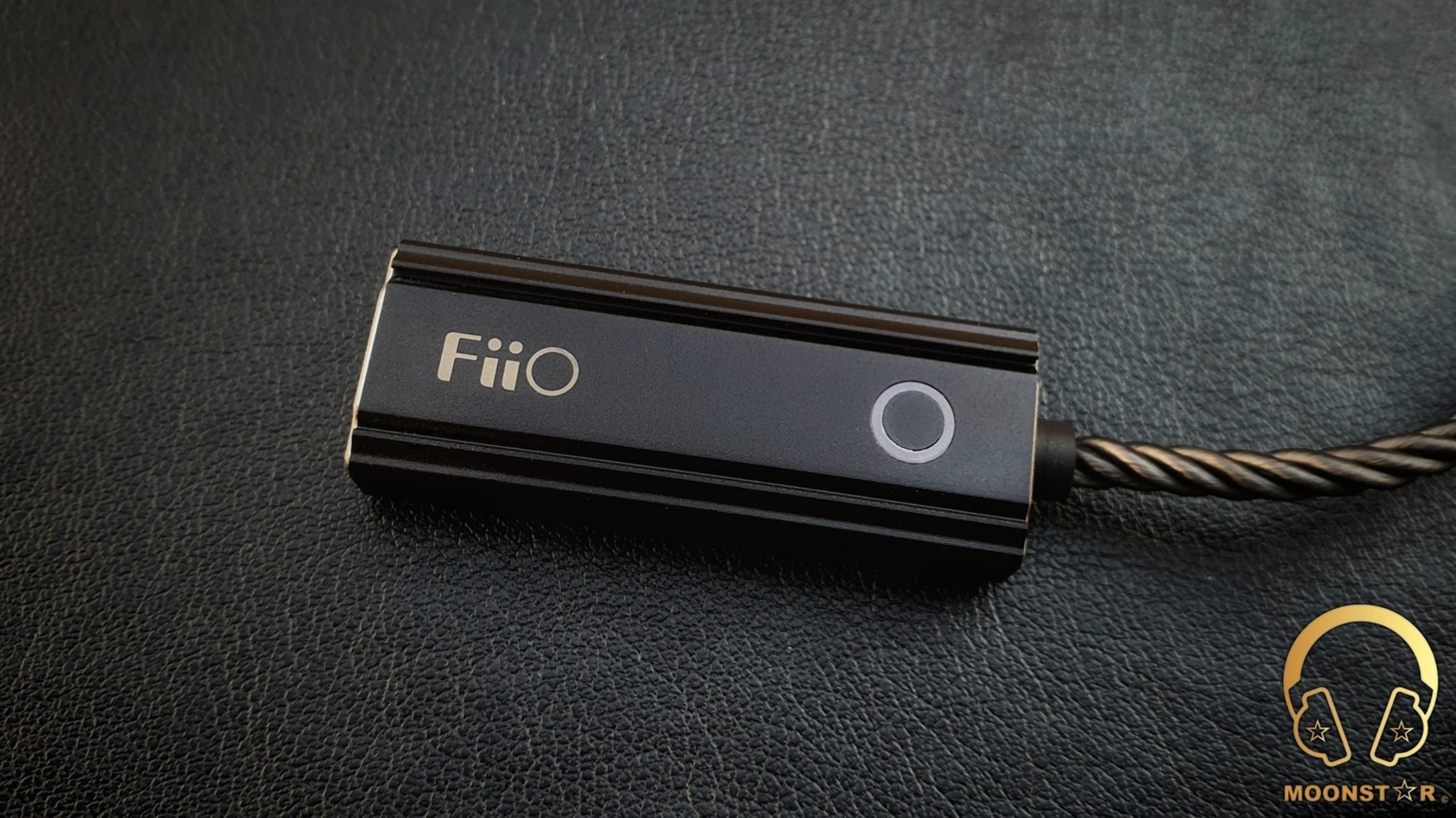 The FiiO KA1 shows a relative uncolored bass presentation, which shows a pretty good level of subbass depth and extension. Songs like Lorde’s “Royals”, Massive Attack’s “Angel” and Armin Van Buuren’s “Vini Vici” is reproduced with a decent sense of depth and rumble when I pair the KA1 with IEM’s like the FiiO FD3 and FiiO FH3. The grade of transparency and resolution fulfills my expectation form a product at this price range.

The FiiO KA1 offers an entertaining midbass response with efficient level of impact and intensity, especially when paired with the FH3. The midbass register sounds in general pretty transparent and detailed, without to show negative conditions such like muddiness and mixings when I do listen to songs with complex bass passages like Gogo Penguin’s “Raven” or Charly Antolini’s “Duwadjuwandadu”. 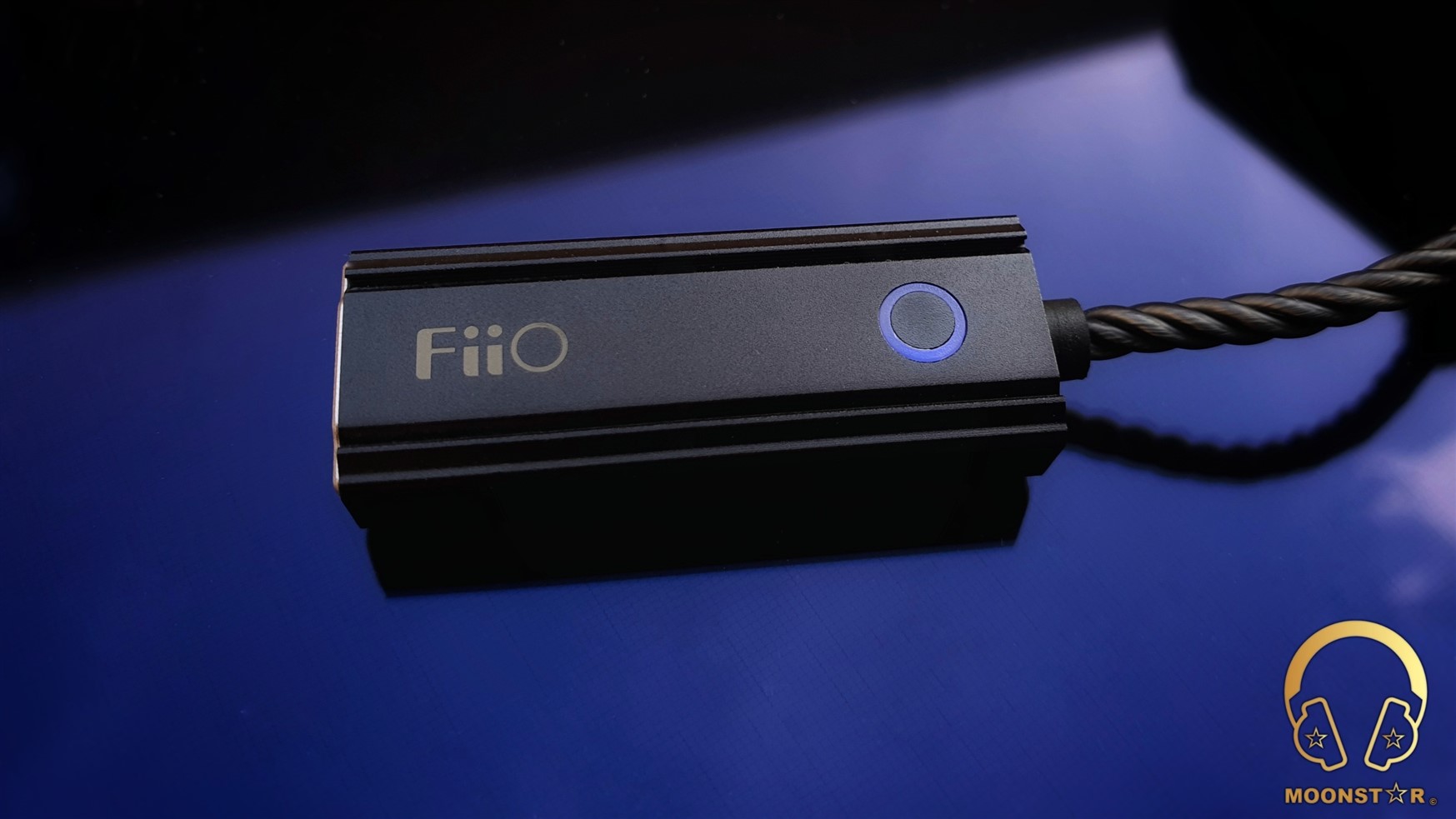 The midrange of the FiiO KA1 sounds fairly musical, transparent and airy thanks to the well implemented ES9281AC Pro DAC chip, which offers also a decent level of resolution in this area. The KA1 is quite successful with both vocal and instruments that are reproduced in a pretty musical and realistic manner.

The lower midrange of the KA1 is shown with and efficient grade of body and depth when I do listen to vocals like Barry White or Sting, and to instruments such like violas or guitars. The upper midrange of on the other hand is a bit more highlighted and detailed compared to the lower midrange area. The upper midrange offers a decent sense of clarity and resolution while listen to female voices like Adel, Diana Krall or Dionne Warwick. I didn’t notice any remarkable sibilance or any type of over-sharpness when I have paired the KA1 with IEM’s like the FH5S Pro or FH3. 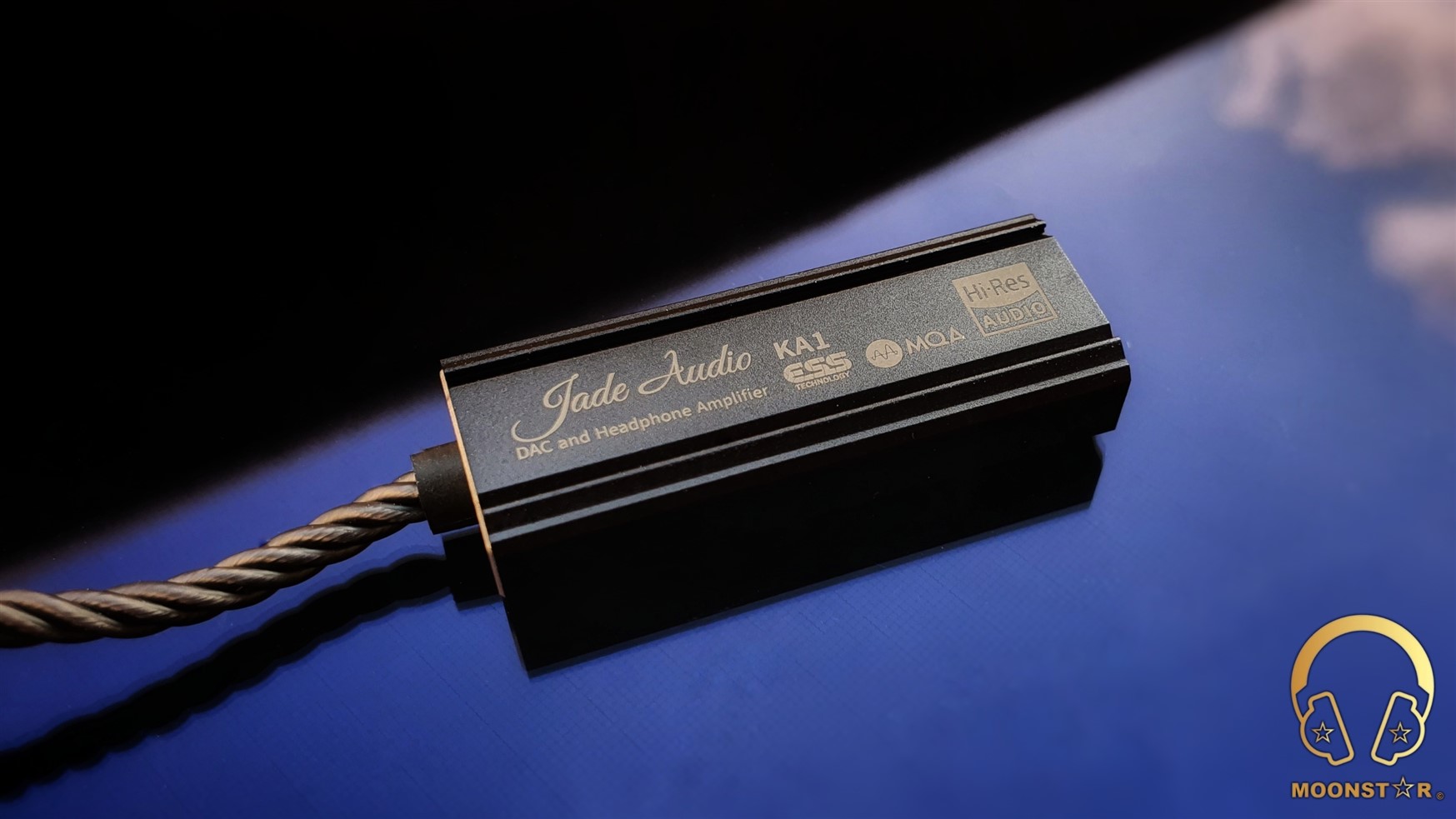 The FiiO KA1 has a pretty highlighted treble response that is able to produce a good sense of clarity and sparkle, which was especially audible when I have paired the devices with IEM’s like the FH5S Pro and FH3. This area sounds in pretty detailed and controlled for such an ultra small USB DAC/Amplifier at this price level.

For example, snare and ride cymbals in metal music are controlled and highlighted, while the hits of hi-hats do come slightly from the background. The upper treble region shows an efficient sense of airiness and sparkle, while the extension is on a moderate level. 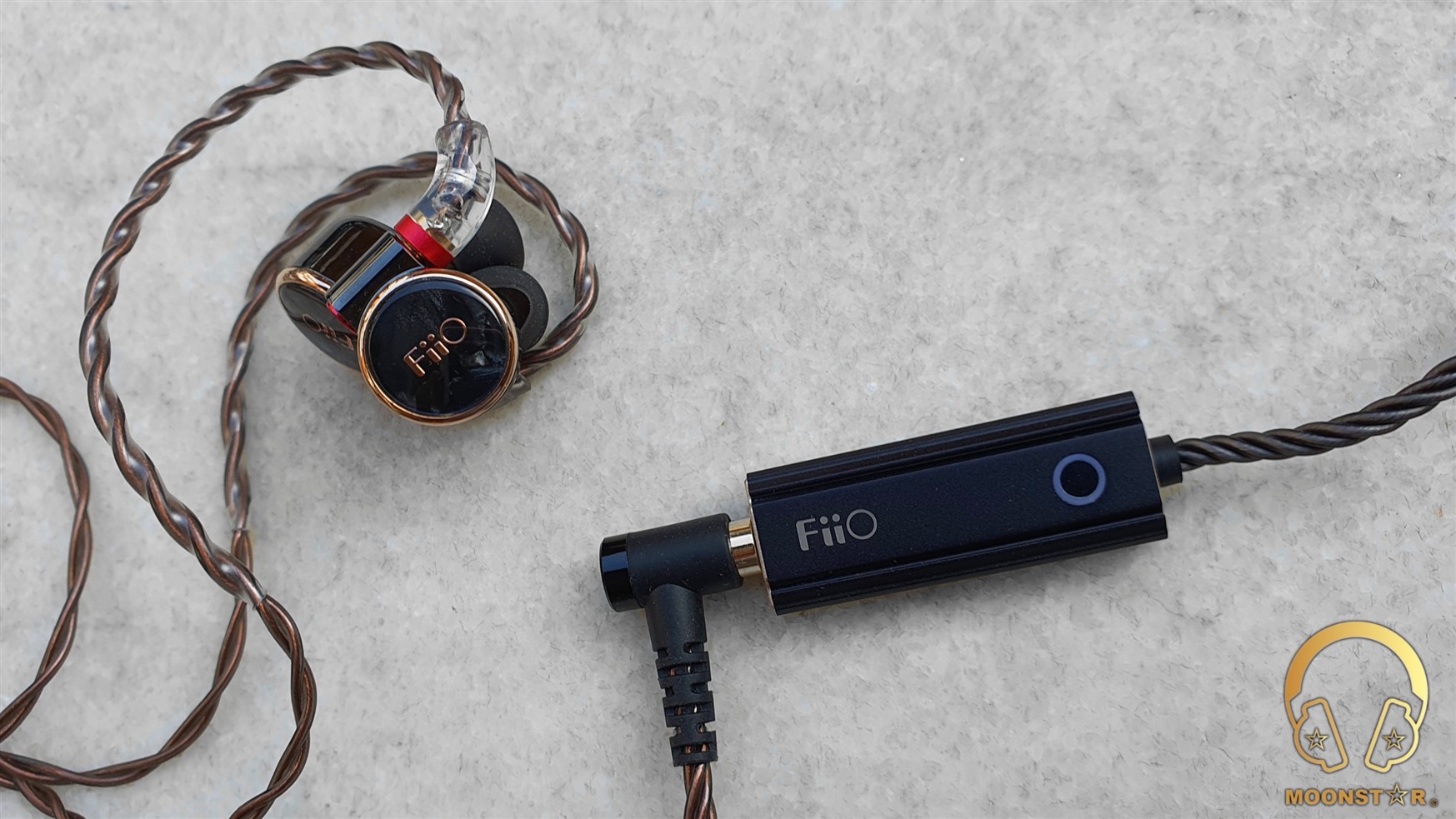 The FiiO KA1 shows a sufficient performance in terms of separation of instruments and vocals. The soundstage sounds fairly expansive and airy, especially for a device at this price level. The stage has a moderate depth and wideness, while the black/noise free background makes it pretty easy to locate the position of instruments.

Both the FiiO KA1 and the Hidizs S3 Pro are Ultra Portable USB DAC/Amplifiers that do come for an affordable price. The USB Type-C/Lightning cable is fixed on both devices, while the KA1 has a rectangular and the S3 Pro a circular shape.

Both devices do offer a decent build quality and are equipped with an ESS ES9281 Series DAC Chip. However, the KA1 comes with the ESS ES9281AC PRO variant that is superior to the  ESS ES9281C variant inside the S3 Pro, in terms Native DSD sampling (DSD256 vs DSD128) and MQA unfold capability (MQA 16x vs MQA 8x). The S3 Pro offers 55mW@32Ω, while the KA1 has an output power of 45mW@32Ω. 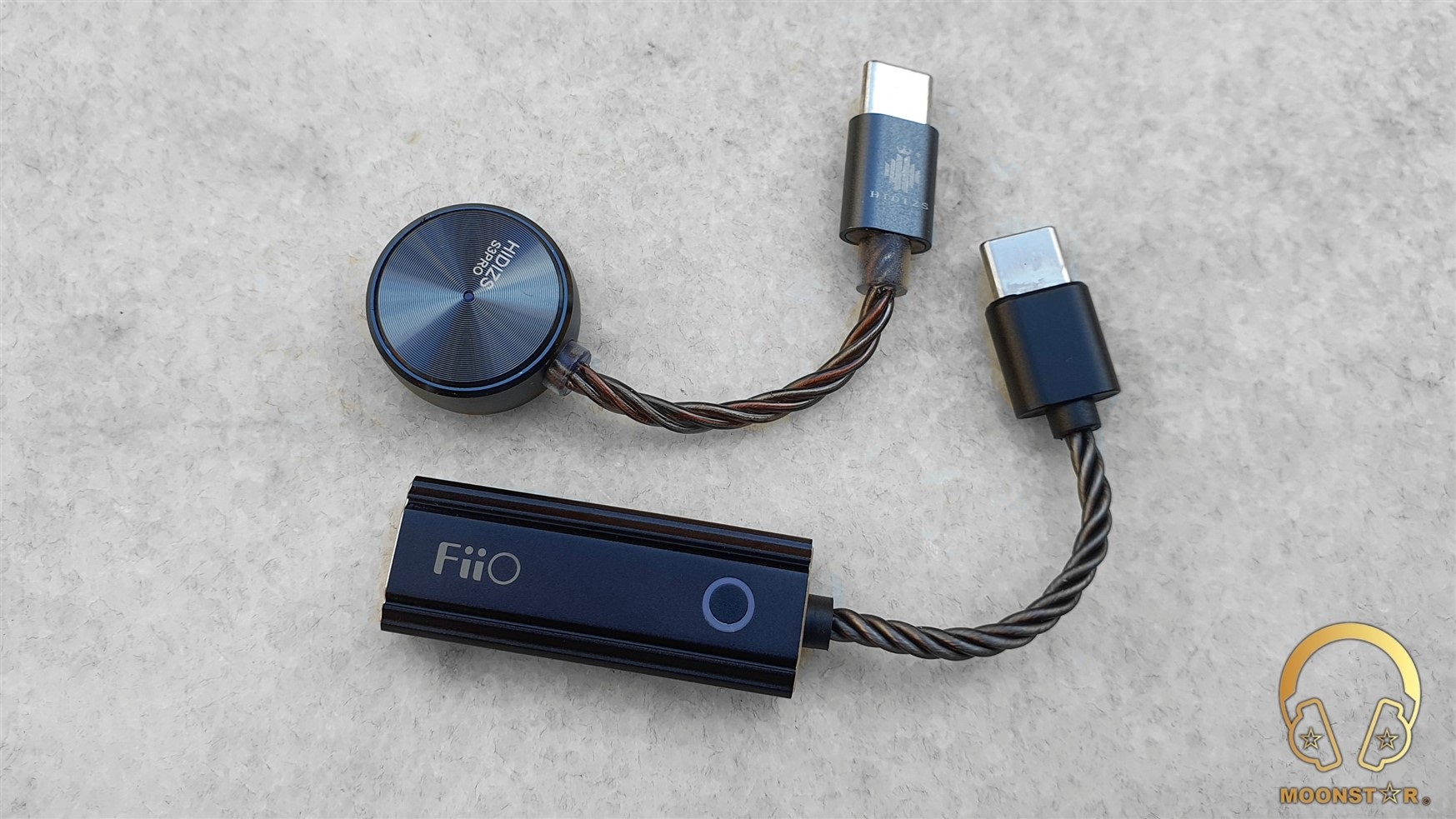 When it comes to the sound performance I can say that both do share a pretty similar tonality that is slightly warmer than neutral and musical. The Hidizs S3 Pro shows a tad more subbass depth and extension, while the FiiO KA1 has the slightly edge in terms of clarity and resolution in this area, which was audible in songs like Lorde’s “Royals” and Armin Van Buuren’s “Vini Vici”. The midbass region of the KA1 sounds a bit more controlled, tight and fast when I do listen to instruments such like a bass guitar or viola.

The FiiO KA1 shows slightly better sense of clarity and resolution in the midrange, while the tonality and sense of airiness is pretty similar. The lower midrange of the Hidizs S3 Pro sounds slightly fuller but is missing the transparency that the KA1 that was audible with male voices. The upper midrange of both devices is nicely pronounced and controlled. The KA1 shows a slightly better grade of clarity and resolution when I listen to Adel and Diana Krall or to instruments like a flutes or strings like violins.

The treble range of both the Hidizs S3 Pro and the FiiO KA1 is pretty highlighted and also quite detail for ultra portable DAC/Amplifiers at this price level. The KA1 offers a slightly better sense of clarity in the lower midrange. The upper treble range of the Hidizs S3 Pro shows slightly better grade of authority and smoothness, while the FiiO KA1 is superior when it comes to the airiness and extension in this area.

The FiiO KA1 offers a better sense of airiness and soundstage wideness, while the depth of the stage is quite similar on both devices.

The KA1 is an USB DAC/Amplifier from FiiO that offers a decent usability, build quality and overall sound performance for its ultra portable size, which will satisfy with its pretty clean output and the ability to deliver a quite balanced and dynamic presentation. Moreover it offers Native DSD decoding with up to DSD256 and MQA Support, while it shows also pretty low battery consumption.