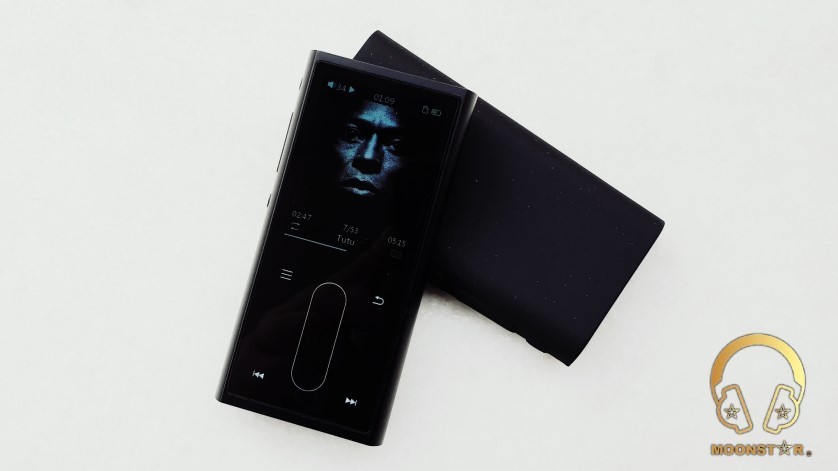 The FiiO M3K is the updated version of the M3 which has now a more powerful processor, new generation AKM DAC, better battery life and many additional features.

I would like to thank FiiO for providing me the Fiio M3K review sample. I am not affiliated with FiiO beyond this review and these words reflect my true and unaltered opinions about the product.

You can purchase the FiiO M3K Digital Audio Player under the following Official FiiO Online Stores;

The device comes in a small white box which is wrapped with a cardboard box that sports the product image. 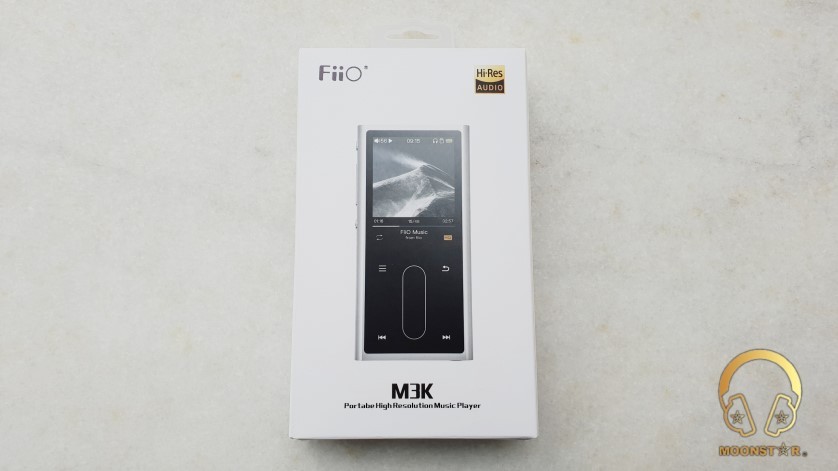 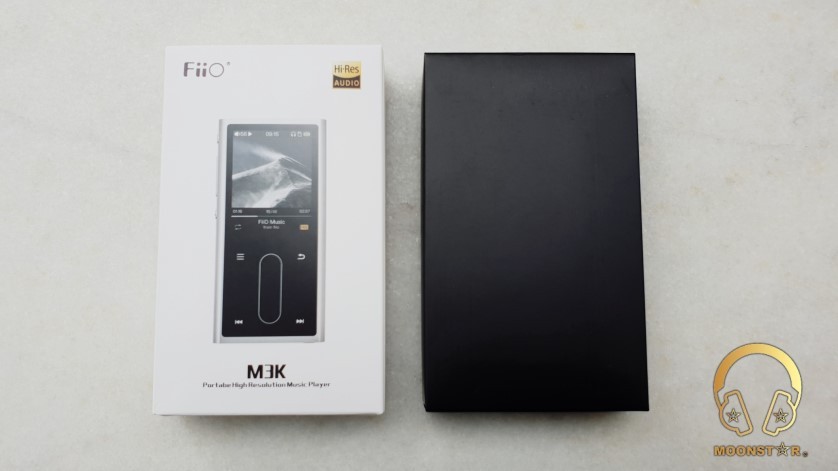 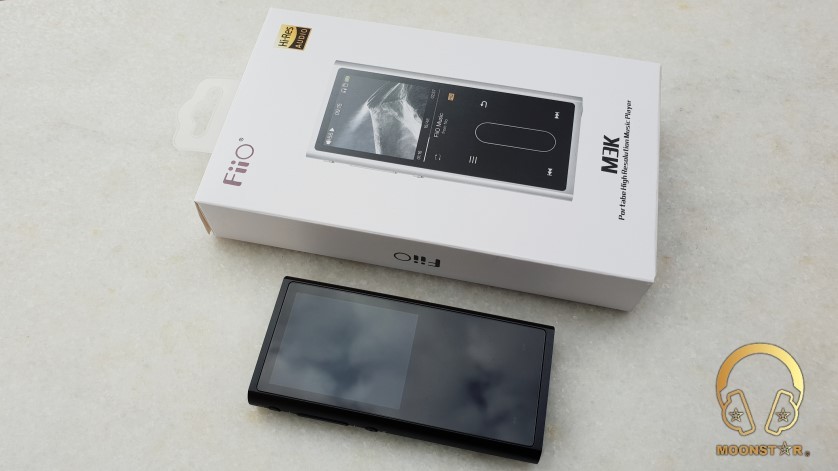 This box is containing the following items: 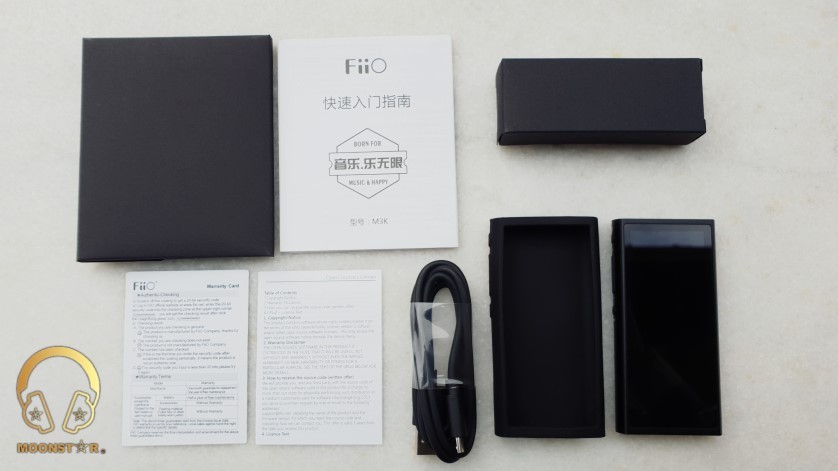 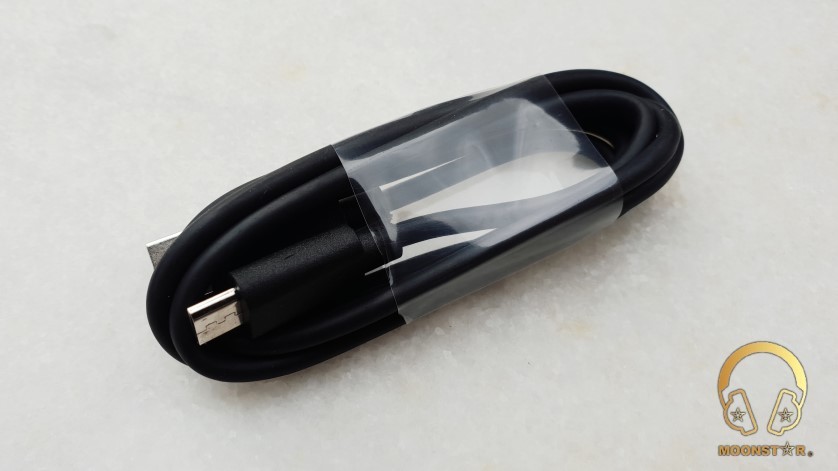 The black silicone case which is included to the standard package is a nice addition. 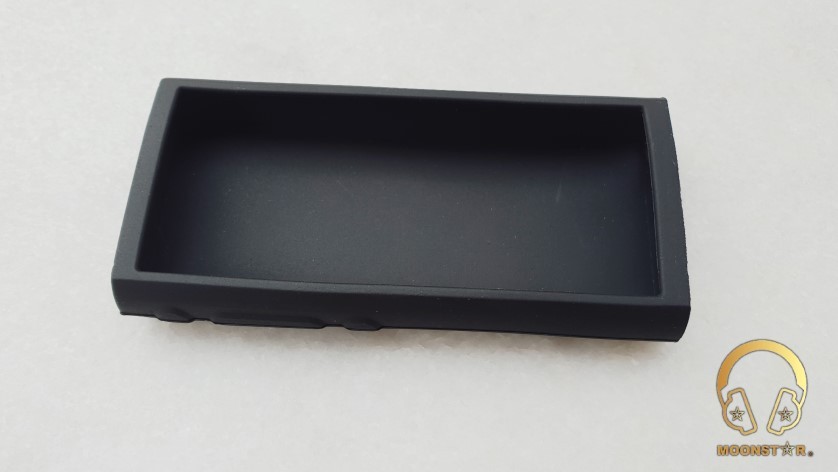 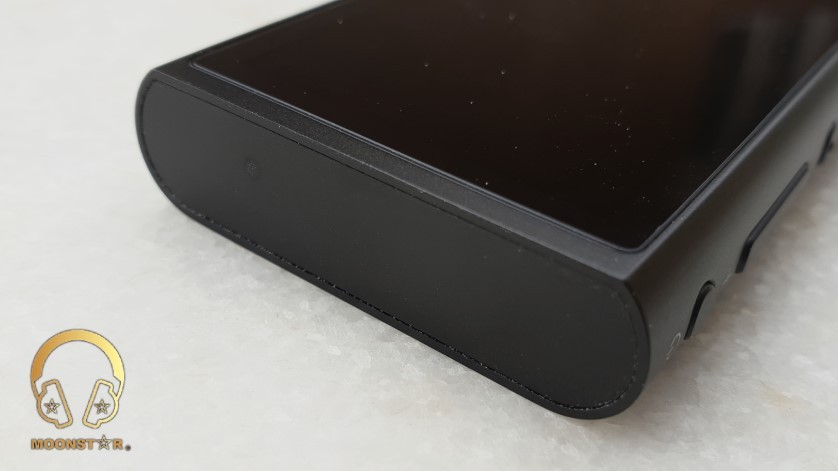 The FiiO M3K is a very lightweight (about 77.5 grams) and small device with a dimension of 60x106x13.3mm which has a pretty compact design that is nice to hold in your hands. 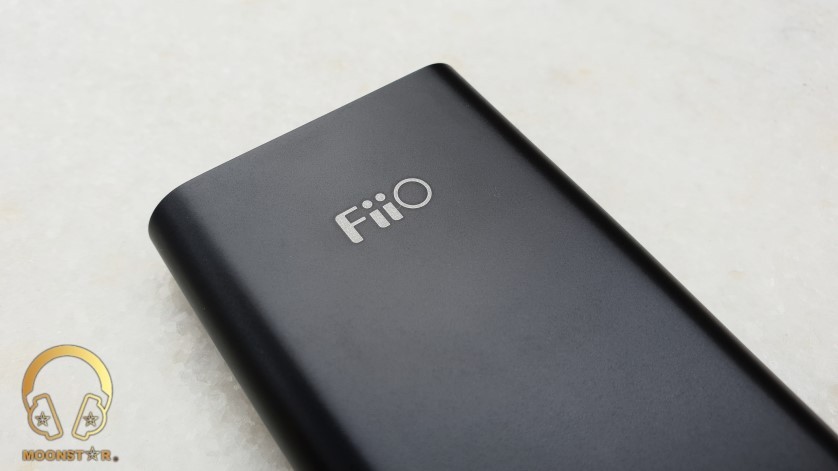 The device sports an anodized aluminum chassis that is available in two (2) different color variants for now which are black and grey (silver), while only the top of the device is made of plastic. 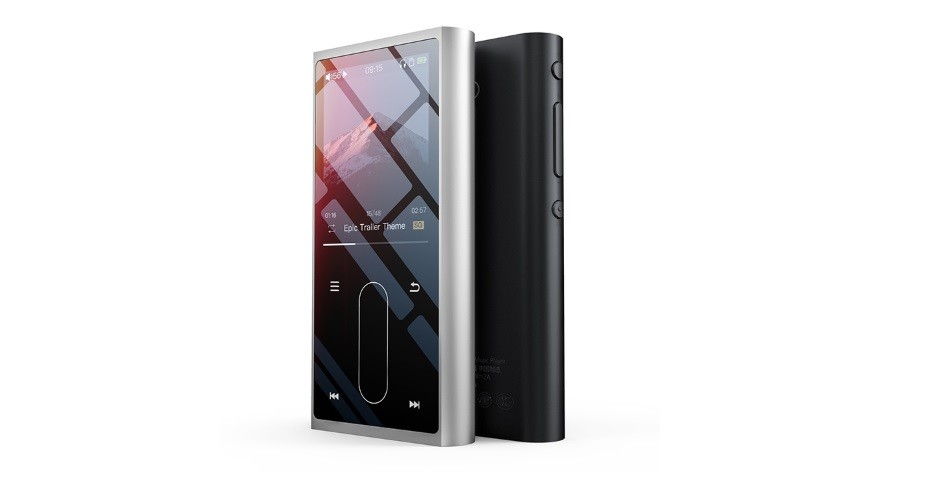 It has a classical bar design that has curved edges on the left and right side of the device body. 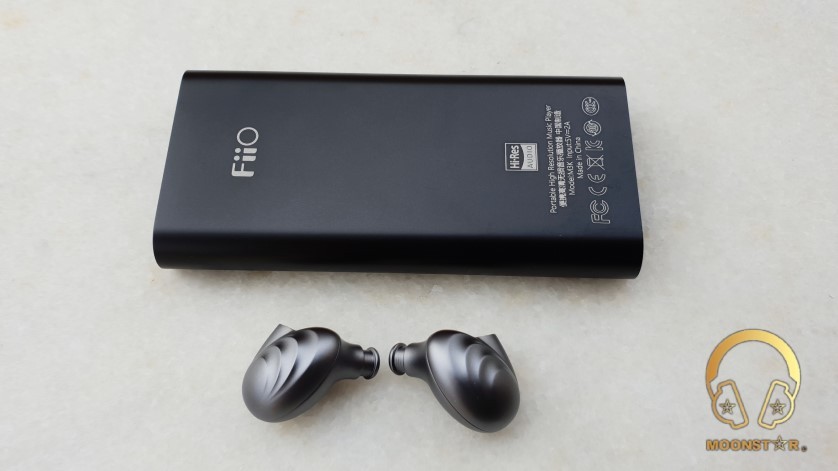 The M3K gives a solid appearance and is pretty well made without any noticeable gaps or openness. 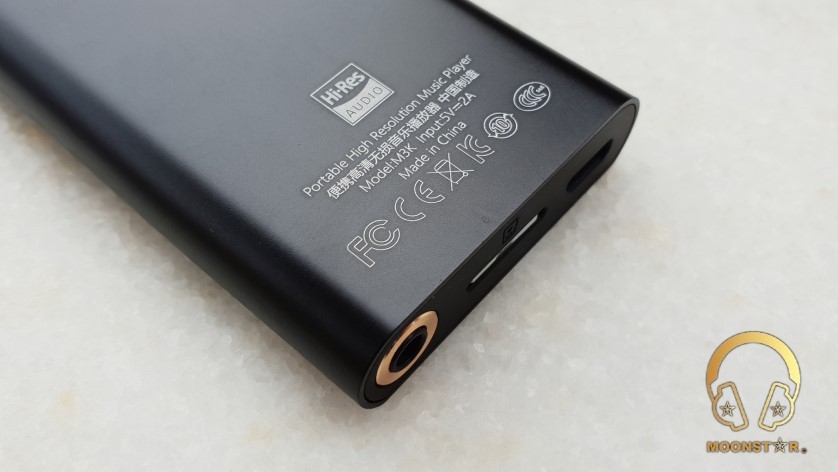 On the left side of the device is the power/lock button, volume up and down buttons the confirmation button. 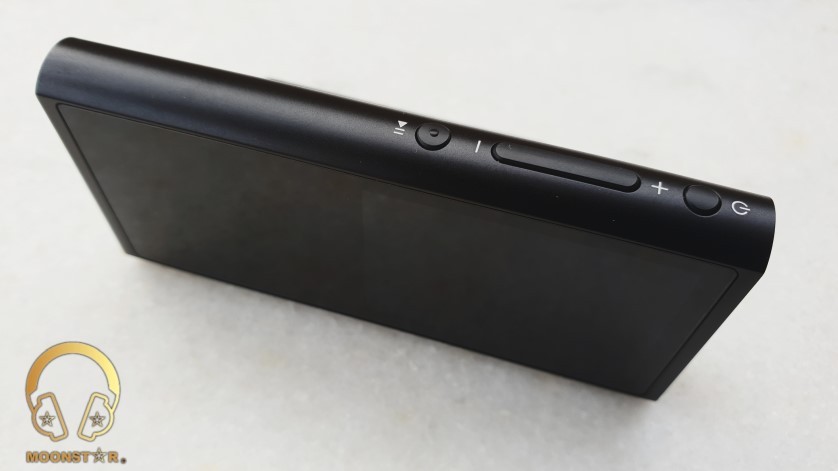 The right side of the device is plane without any buttons or slots. 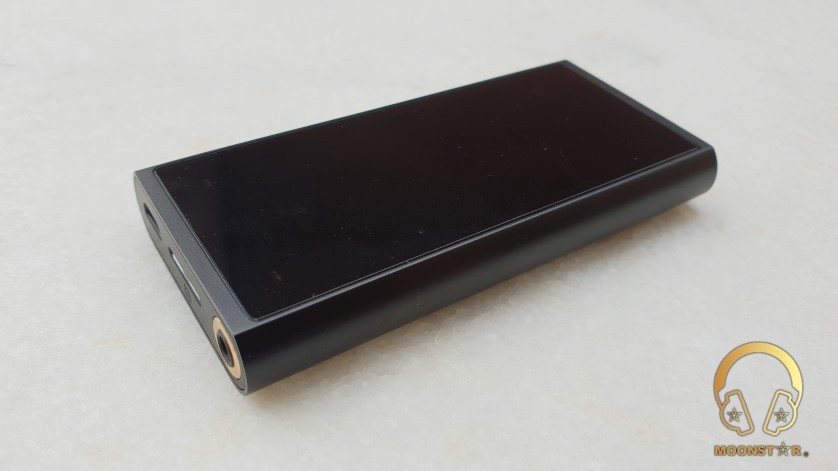 On the front of the FiiO M3K are the touch sensitive buttons and the 2.0’’ IPS Screen with a resolution of 240×320 pixels. The screen quality is on an average level and comes with a pre-installed PVC screen protector. The touch panel with backlight support is quite responsive but you need a bit of time to get used. 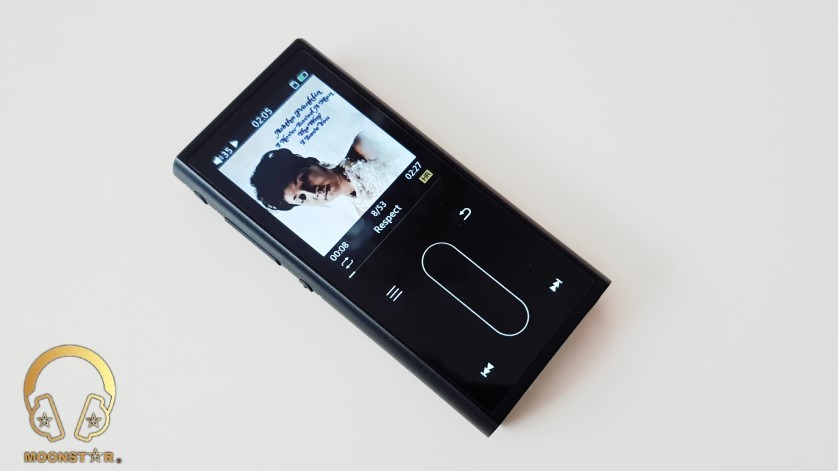 On the touch panel are the confirmation, shortcut, Up/Prev.track/Rewind back Down (Next track/Fast forward) buttons and the touch bar.

At the bottom of the M3K is the Micro USB charging/Data transfer port, one microSD card slot that supports cards up to 512GB and the 3.5mm Headphone out. 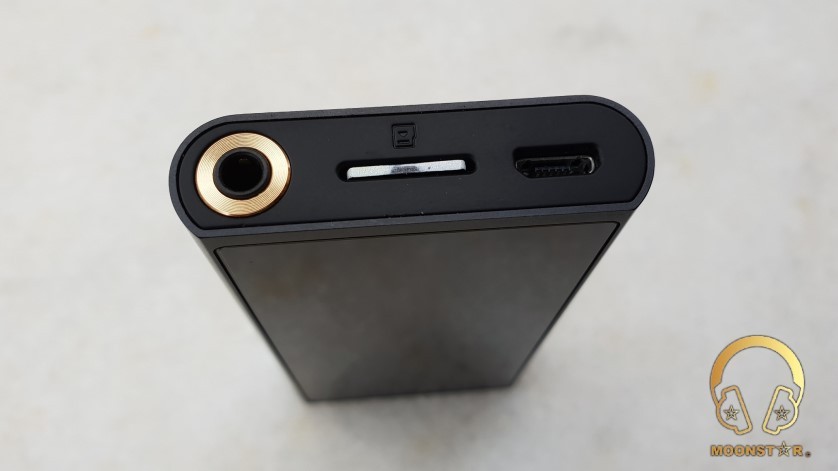 On the top of the FiiO M3K is a small microphone with that you can do high quality voice recordings. 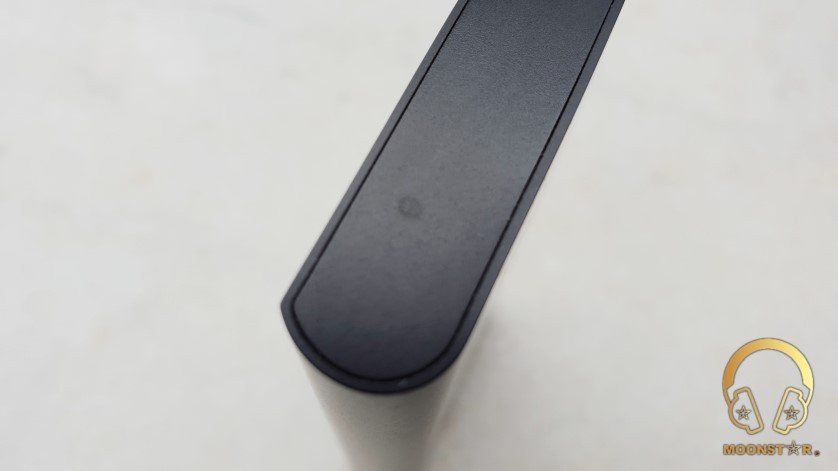 On the back side of the device sports the FiiO logo, the Hi-Res Logo and some certification detail of the device. 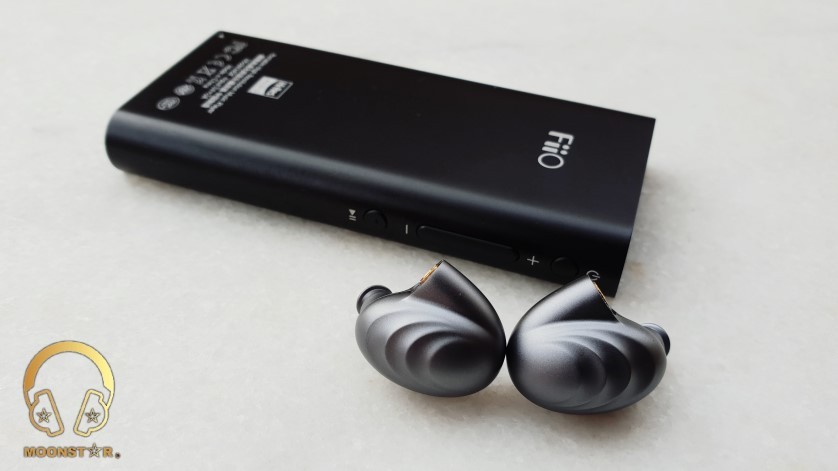 The FiiO M3K is the entry devices of the M Series Portable Audio Player of this company, but has some nice hardware specs and features that I want to share know with you.

Under the hood of the FiiO M3K is the X1000 CPU of the company Ingenic Semiconductor with a processor speed of 1.0 GHz. It has a very energy efficient MIPS32 XBurst RISC core with double precision hardware float point unit for low power consumption.

The FiiO M3K sports an AK4376A DAC (Digital to Analog Converters) of the company Asahi Kasei. This 32-bit advanced Digital to Analog converter with a headphone amplifier is a higher performing solution of the AK4375A that is adopted by many portable audio products since it was launched in 2014.

The AK4376A achieves -107dB THD+N and 125dB SNR, the best performance in the field as a compact DAC with headphone amplifier for portable audio products

The digital input format corresponds to high resolution sound sources and supports PCM input up to 384 kHz. The AK4376 is housed in an ultra-small 36-pin CSP package (2.74mm x 2.56mm), enabling premium performance in a very small footprint. It is ideal for audio devices with Hi-Fi function such as portable music players and headphones.

The FiiO M3K has a 3.5mm (unbalanced) headphone out and a Micro USB port to use the device as UBB DAC. The asynchronous USB DAC function supports both Mac’s and Windows PC’s and you can also connect your Android device without the need of a 3rd party software, just plug and play.

With Mac computers, you can just plug-and-play the M3K with no drivers needed. With Windows PC’s you need to install the driver, which you can find on FiiO’s website.

Either way allows you to listen file formats up to 192kHz/24 bit audio quality!

The M3K supports also file transfers with USB OTG-compatible devices if connected by an USB OTG cable. Doing so, you can quickly download and transfer music and other files easily and as quickly as through being hooked up to a computer.

Note: Currently it only supports some Android phones, but doesn’t support iPhone.

The Fiio M3K has a build in microphone that is located on the top of the body.

The recording functionality requires micro SD to be inserted into the M3K – recordings are saved in a special folder in to the micro SD card. You can choose between low (mp3 format) and high (wave format). 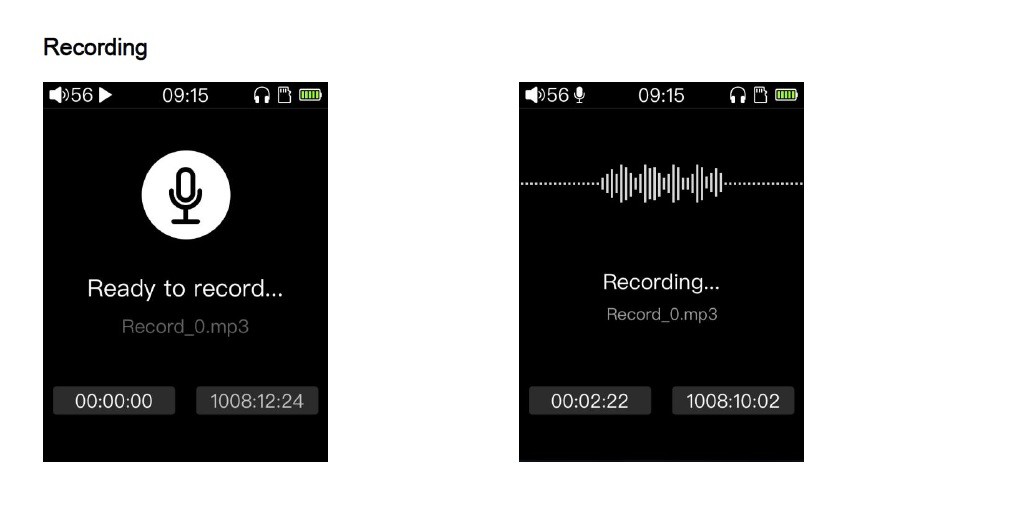 The FiiO M3K has a build in 1100mAh Li-polymer battery. The M3K is an extremely efficient device that last for approx 22 – 23 hours in standard usage (volume 30, Flac 16bit 44.1kHz, screen off) conditions.

The standby mode is even more impressive (couldn’t make a full test) with up to 38 days.

The FiiO M3K has Linux based software instead of Android OS that we have seen on the rest of the M Series (M6, M7 and M9). The UI is colorful and simple to navigate.

You can scroll the cursor by sliding the touch bar and can select between the main options such as Settings, File Browser, Recorder, Playlist, Recording, etc. You can confirm the action by pressing the center of the touch bar or the side confirm button, which is located on the left side of the device.

The now playing screen offers a number of details of the current playing song. 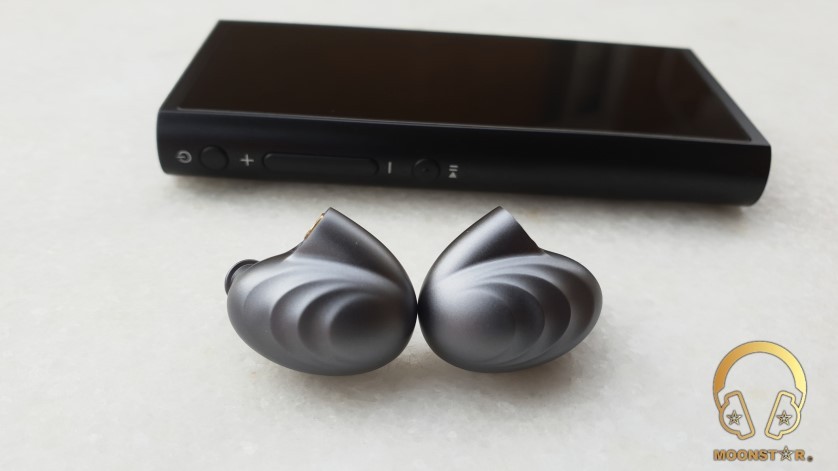 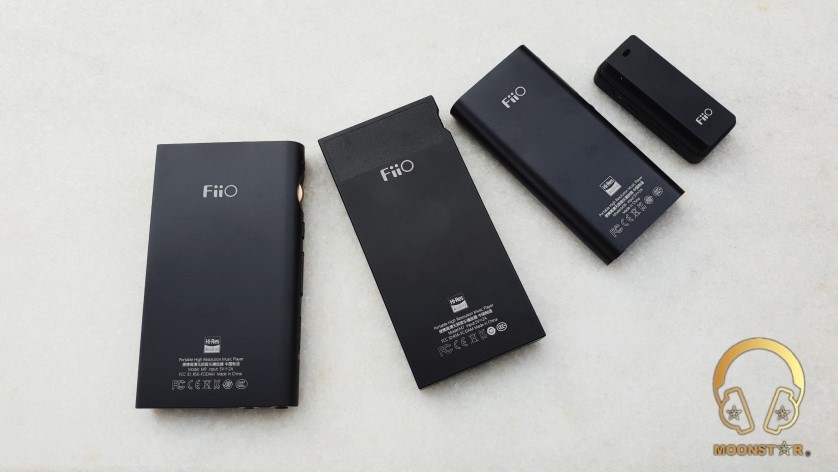 The FiiO M3K is a good example of pure DAP’s sold at the entry level. The general presentation of the sound is close to neutral and slightly warm (warmish). The bass is fast, the midrange is fairly transparent and clean, while the treble has pretty good extension.

The subbass of the FiiO M3K is showing an average level of depth. I think that a small touch more depth would be perfect. The bass is hitting in general hard, while the slam is noticeable higher with bass heavy IEM’s.

The bass is fast with instruments such like bass guitars and drums, while electro guitars are slightly bright and the contrabass is vibrant and clear.

The midbass are more pronounced and are showing more intensity than the subbass region.

The bass impacts are coming in general form the midbass and are pretty neutral, fast and detailed, without any remarkable mixings or midbass hump.

The FiiO M3K is very successful with tracks/records that need a fast, controlled and a tight bass response. Instruments such as cross drums have good intensity and speed, while trumpets and floor toms have average bass quantity and are pretty fast. This ability is rarely found in this price range and makes the M3K to a true bargain. 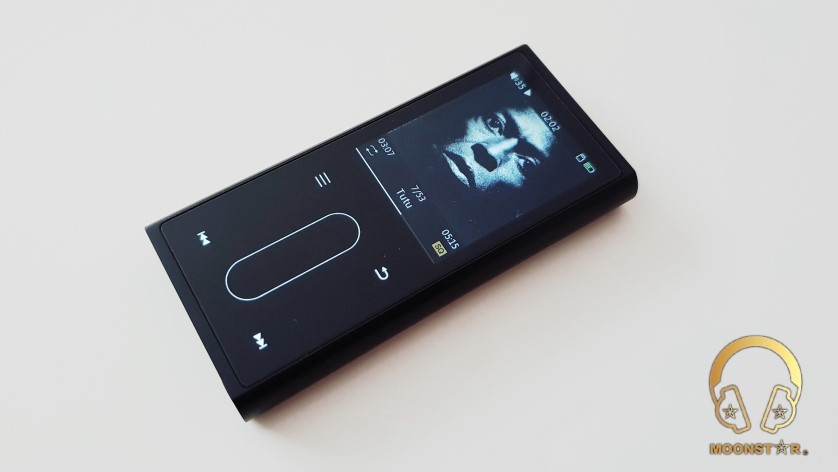 The FiiO M3K has a close to neutral, slightly warm and fairly transparent midrange presentation.

The lower midrange of the M3K has an average depth and thickness, that’s why is the presentation of male vocals slightly thick and pretty transparent and are doesn’t showing negative situations such as muddiness, sharpness or mixings.

I also found that male vocals are one step behind female vocals.

The male vocals from Dave Gahan to Michael Jackson or Jeff Buckley are presented in a clean, clear, slightly thick and fairly pleasant way.

The upper midrange of the FiiO M3K is more pronounced than the lower midrange, which makes females more detailed sounding than those of male vocals.

The female vocals are generally warm and clear, and it is a pleasure to hear every female vocal with the M3K.

The FiiO M3K has a close slightly warmish, vivid and clean instruments tonality and is able to position and separate instruments fairly precise and is performing in my opinion above its price range.

Instruments such as guitars have a soft and a bit bright tonality, while violins have good extension and are slightly bright, but not uncomfortable. I really like the violin and contrabass presentation of the N3K, which is fast, slightly thick and musical.

The upper midrange of the FiiO M3K is pronounced and airy. The detail level, extension and transparency are better than I have expected for an entry level device in this price range.

From the violins to the female vocals, from the side flutes to the pianos, the upper midrange extension and airiness are at good levels. The upper midrange of the M3K is in general controlled and shows good transition with no crosstalk, sharpness or slowdown in this region.

The treble range of the FiiO M3K is bright and is showing good extension, without negative situations such like over sharpness which is a good attribute of this small device.

The lower treble is pronounced and fairly detailed, while the there is a slightly roll-off in the upper treble range, which shows slightly less detail.

Instruments such like cymbals have an average extension and there are no negative situations like mixing or lose of control. 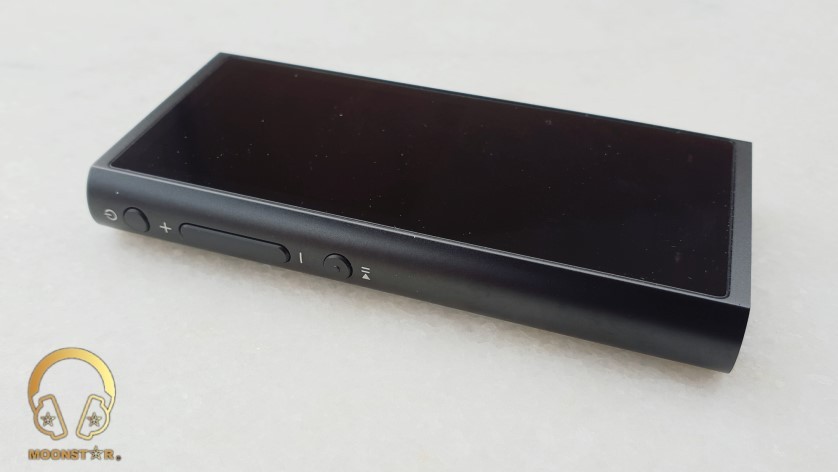 The FiiO M3K has a suitable scene for a fairly precise instrument placement and separation for an entry level Digital Audio Player. The soundstage is of average width and the depth of the stage is slightly higher. The soundstage of the FiiO MK3 is also airy and spacious due to quite neutral sound tuning.

Both DAP’s are in the same price range but showing a different presentation. The Shanling M0 sound more neutral and linear compared to the FiiO M3K, which has a warmer and more musical presentation.

There are no situations in which both devices are too bassy and show muddiness.

The Shanling M0 has a neutral and fairly transparent midrange presentation, while the FiiO M3K sounds slightly warmer, pretty clean and transparent. 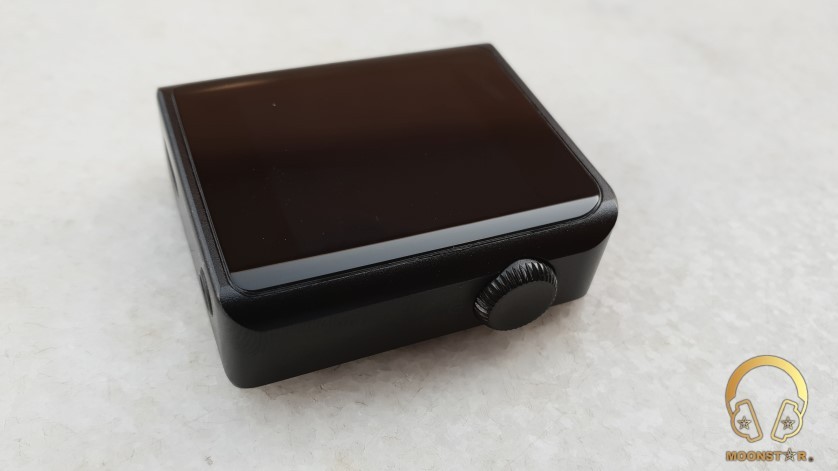 The lower midrange of the M3K shows slightly more depth and thickness, which makes it more successful for male vocals.

Both DAP’s have a pretty pronounced upper midrange, while the Shanling M0 has a bit more intensity, which makes it more suitable for female vocals.

The treble range of both devices has good extension, while the treble tonality of the M0 is thinner and sharper compared to those of the M3K. The overall treble presentation of the M0 shows higher extension and intensity, while the FiiO M3K sounds more controlled and musical than the Shanling M0.

Both of those DAP’s have a fairly airy and spacious soundstage presentation, which is suitable for a quite precise instrument separation and positioning. The FiiO M3K is superior to the Sanling M0 in terms of soundstage depth, while the M0 has the slightly wider stage.

The FiiO M3K is a great choice if you are looking for a compact, portable audio player with a price below $ 100, good battery life, small size, a large number of sound codec’s, a fast user interface, and better sound quality as your phone offers. The M3K has aslo some nice extra features like USB DAC and Hi-Fi voice recording functions.