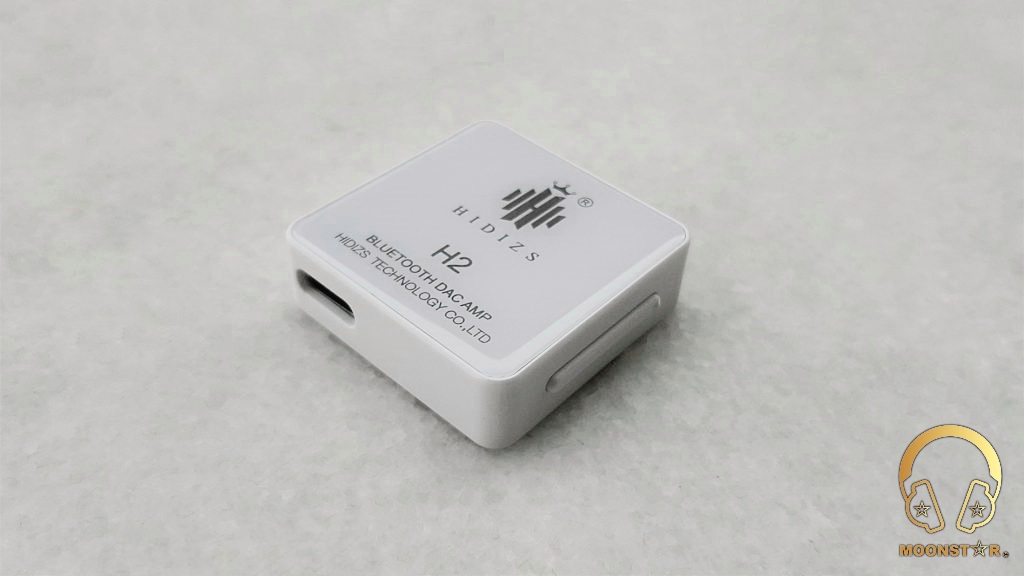 The Hidizs H2 is the second member of the H series and is a LDAC & UAT capable Lossless Bluetooth Receiver that is equipped with Qualcomm’s CSR8675 Bluetooth Chip with BT 5.0 support and MAX97220 amplifier of the company Maxim Integrated. 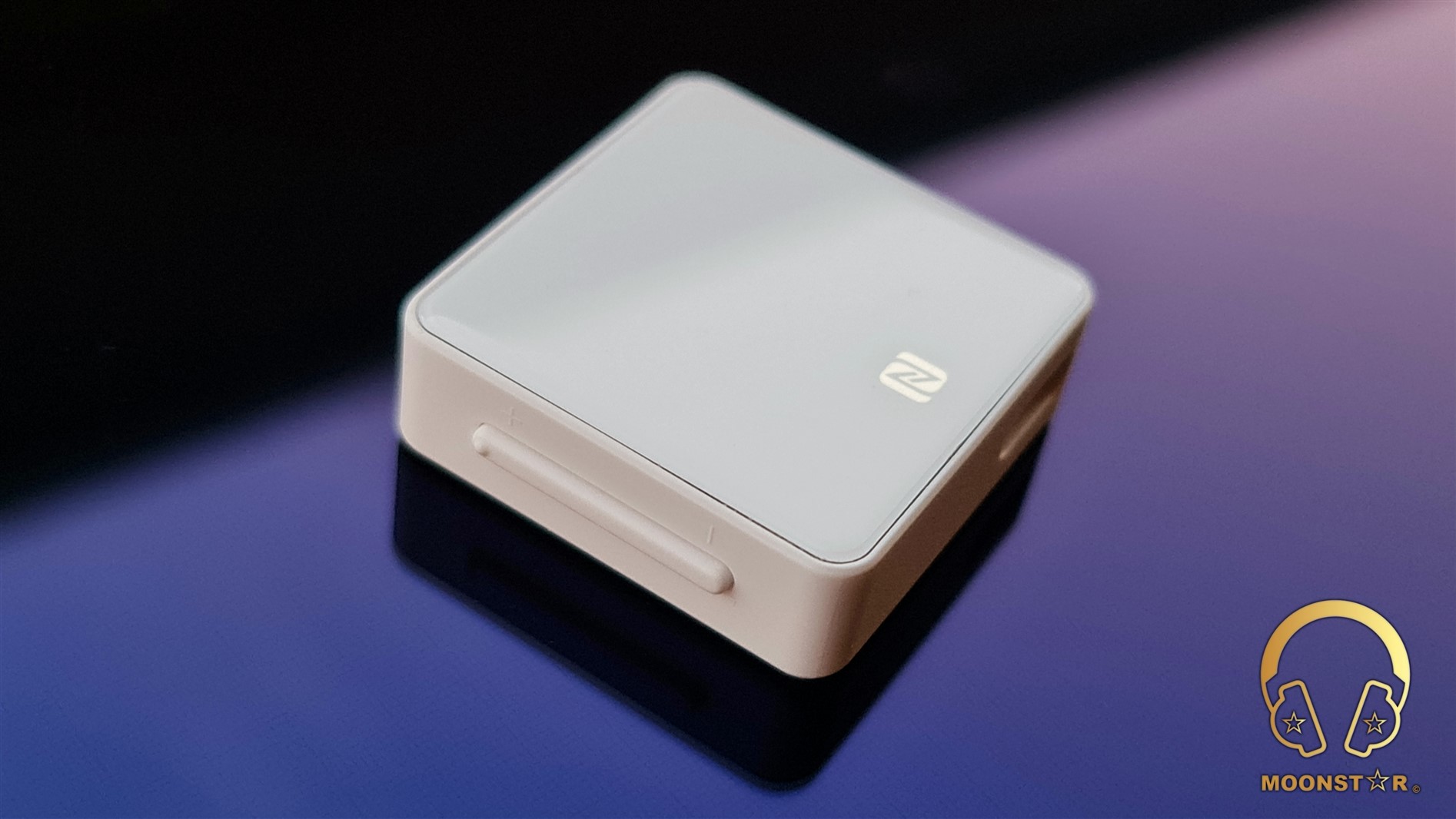 I would like to thank Hidizs for providing me the H2 BT DAC/AMP as review sample for review purposes. I am not affiliated with Hidizs beyond this review and these words reflect my true, unaltered, opinions about the product.

The actual price for the Hidizs H2 is $64.99 USD and can be purchased under the link bellow;

The Hidizs H2 came in a pretty small cardboard box in black colour with some product brandings on the top and some product related specifications/information’s about the product at the bottom. 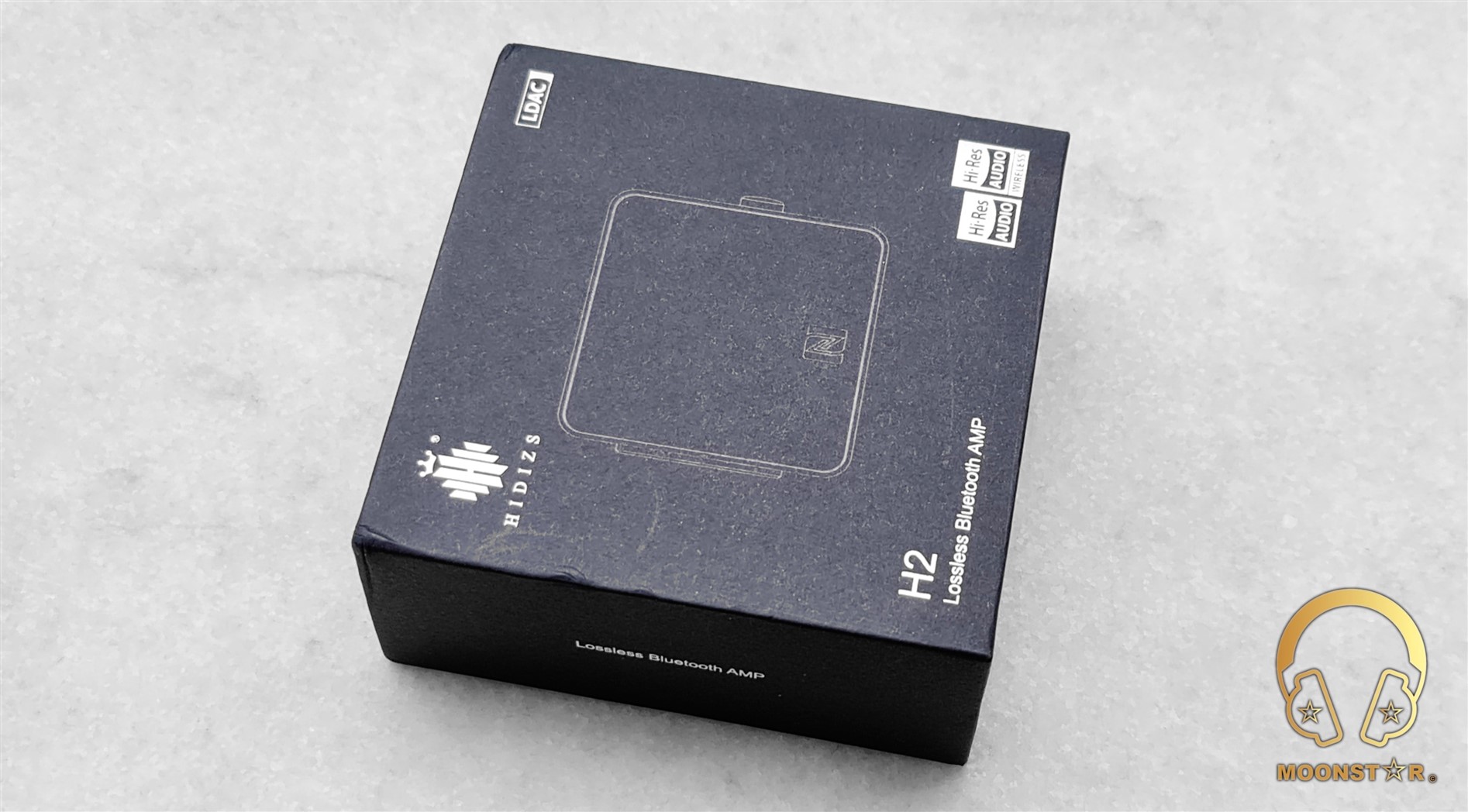 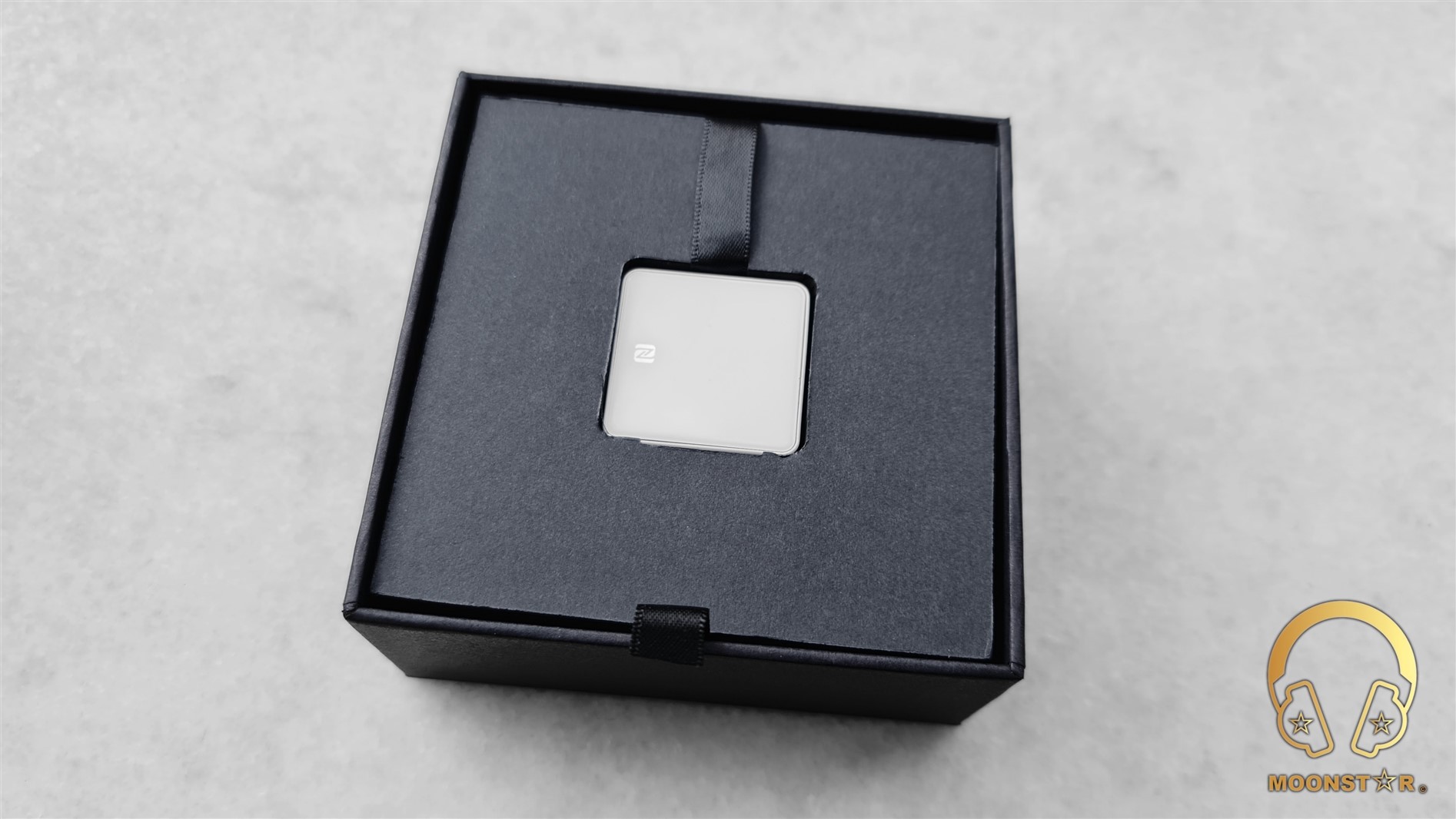 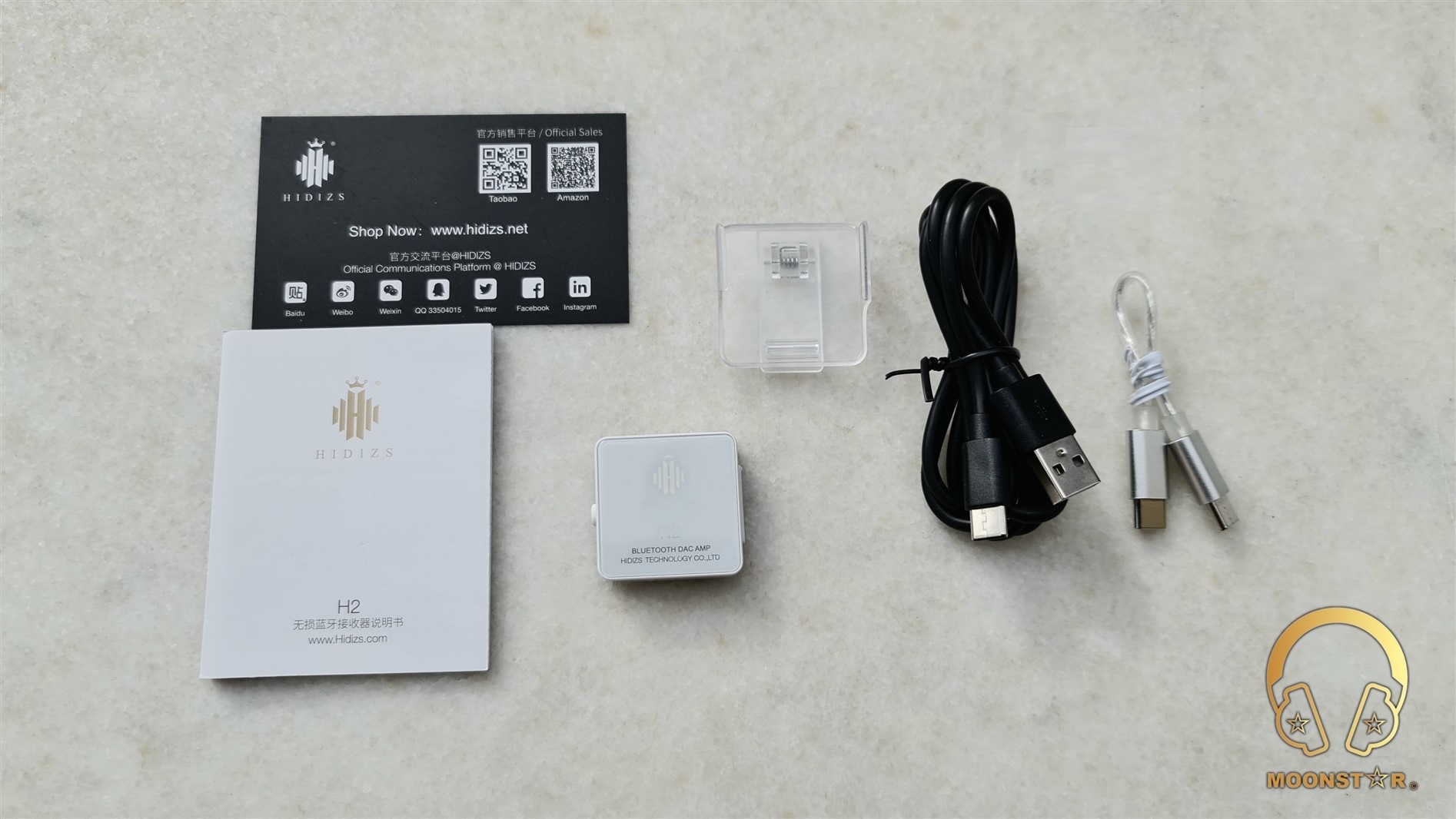 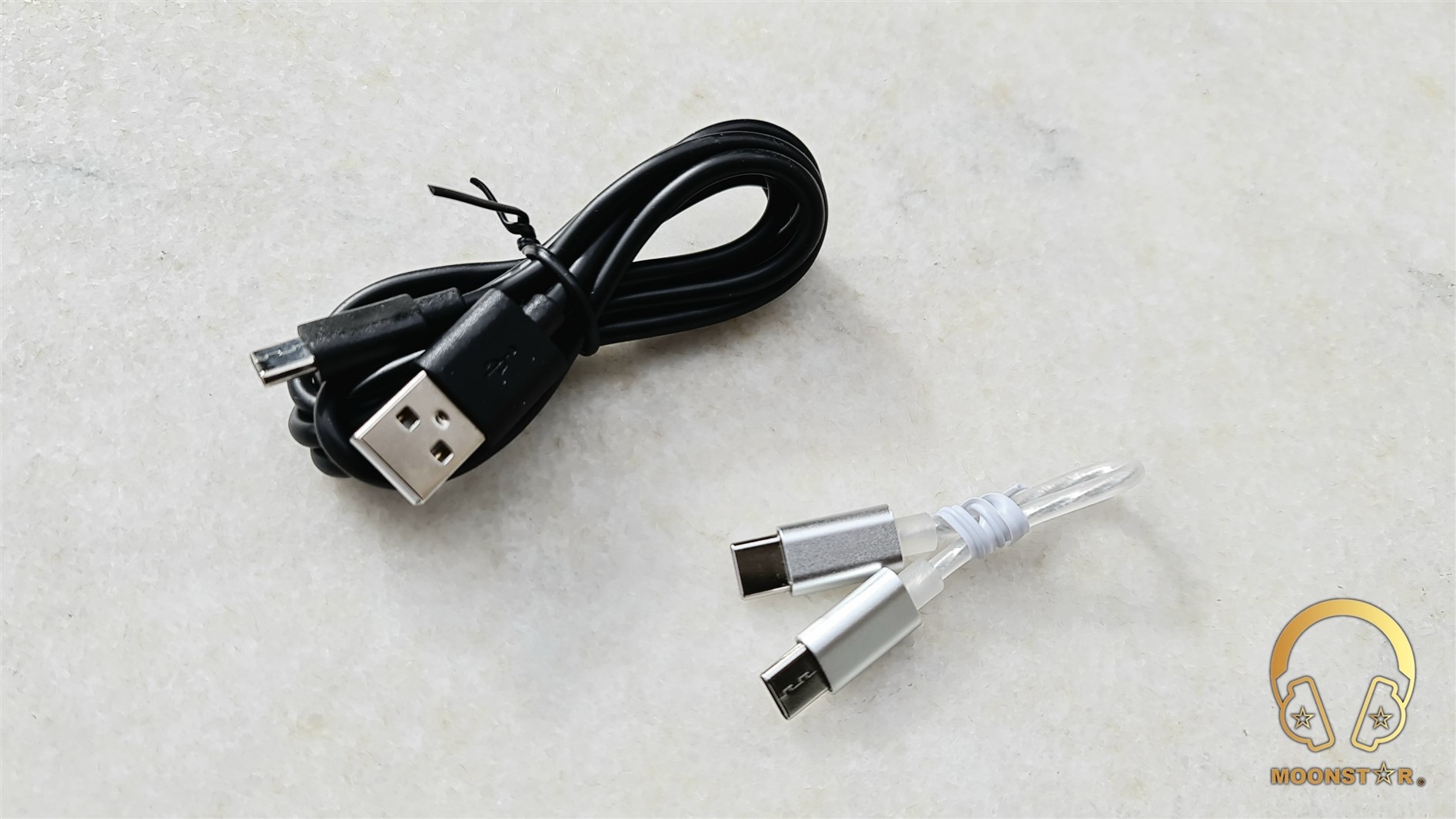 The Hidisz H2 is an ultra small almost tiny sized device with a very nice to hold square shaped minimalistic design. The body is made of resin with raw material from the German Company Makrolon, which is a material that can be very rarely seen on such type of devices. The Hidizs H2 is available in two colour options that are the Black and the White colour variants.

The ultra small H2 has dimensions of only 32×32×10mm and weight’s only 12grams (exclusive shirt clip) which makes it highly portable. 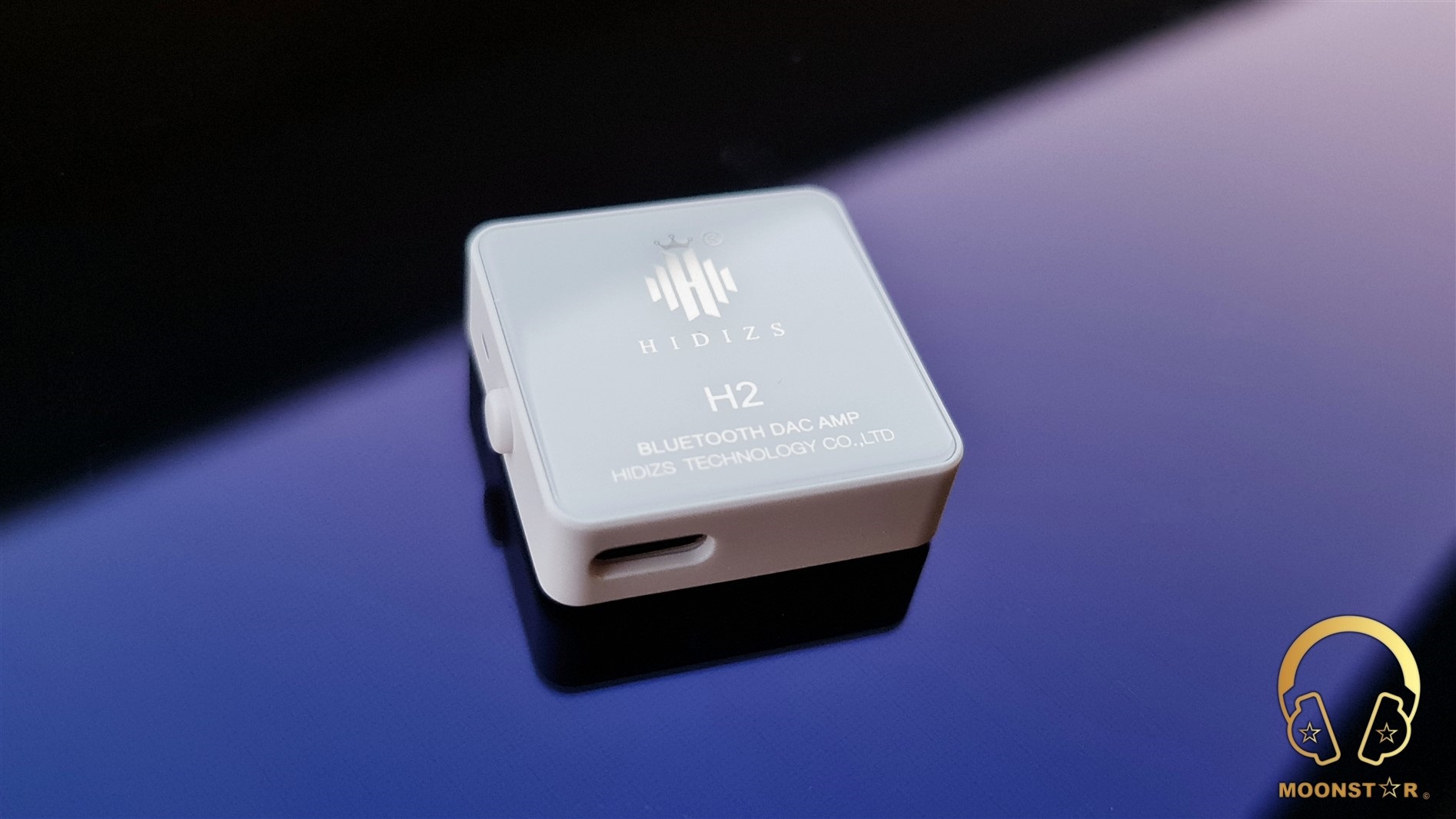 On the top of the device is the NFC logo printed in silver colour. 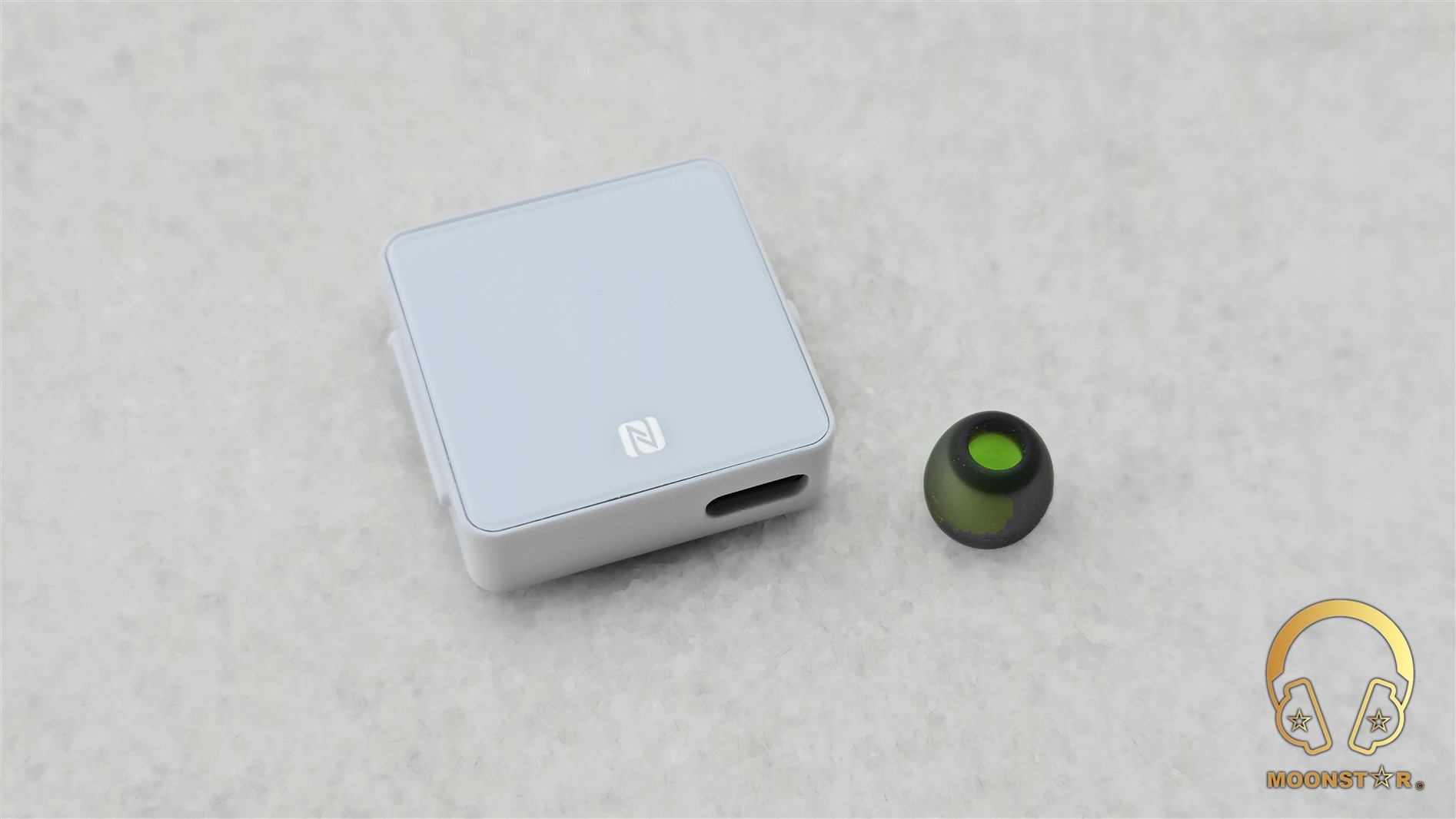 The left surface features a multifunctional hardware button for power on/off, play/pause or call answer. Here is also a small LED indicator that lights up in Green for sampling rates between 44.1 – 48kHz, in so called Baby Blue for 88.2 – 192kHz and in Red colour when the device is charging. 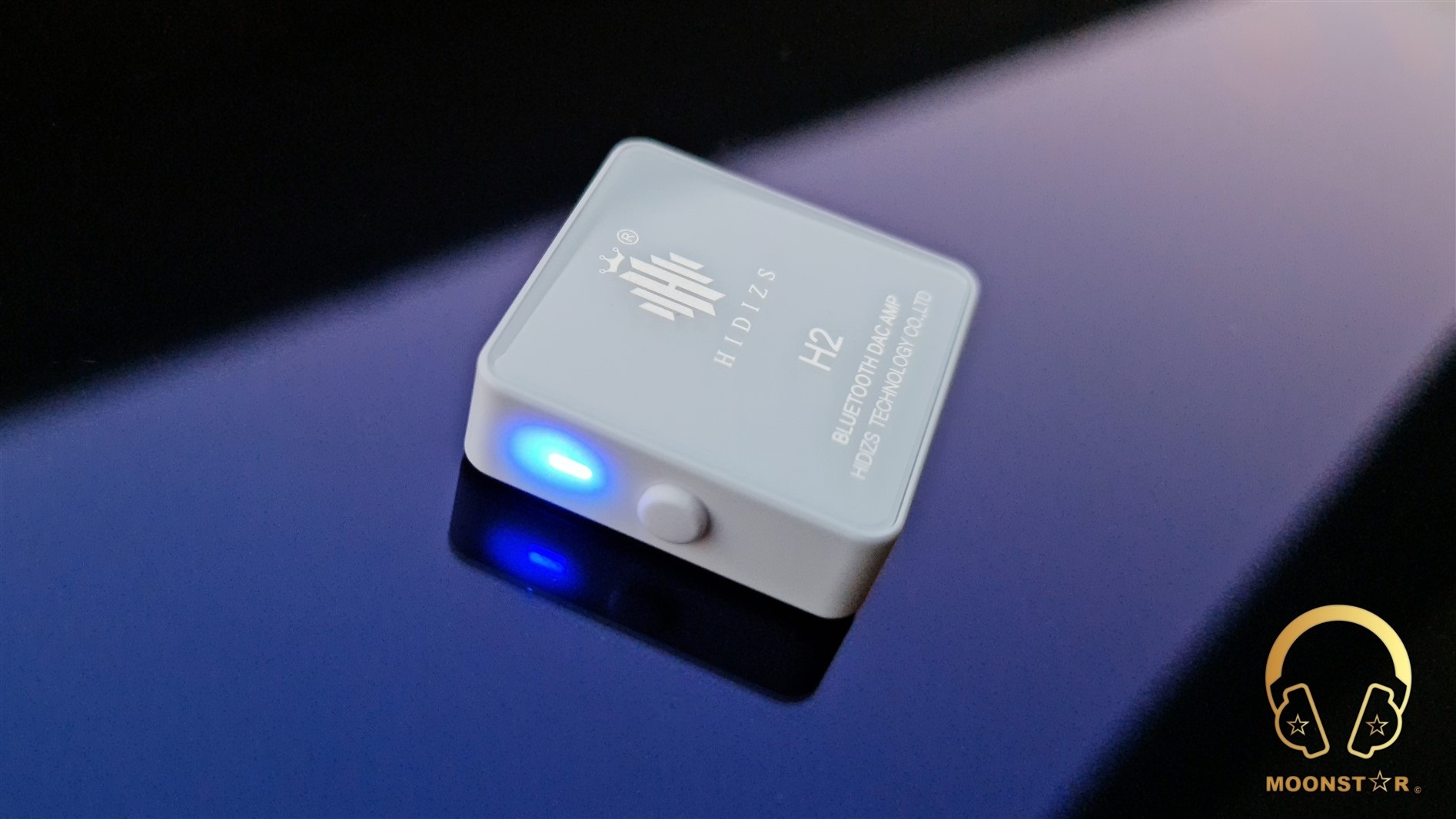 The right surface features a second multifunctional button for volume “up/down button” and that acts also for previous and next track actions if you push on them for about 2 seconds. 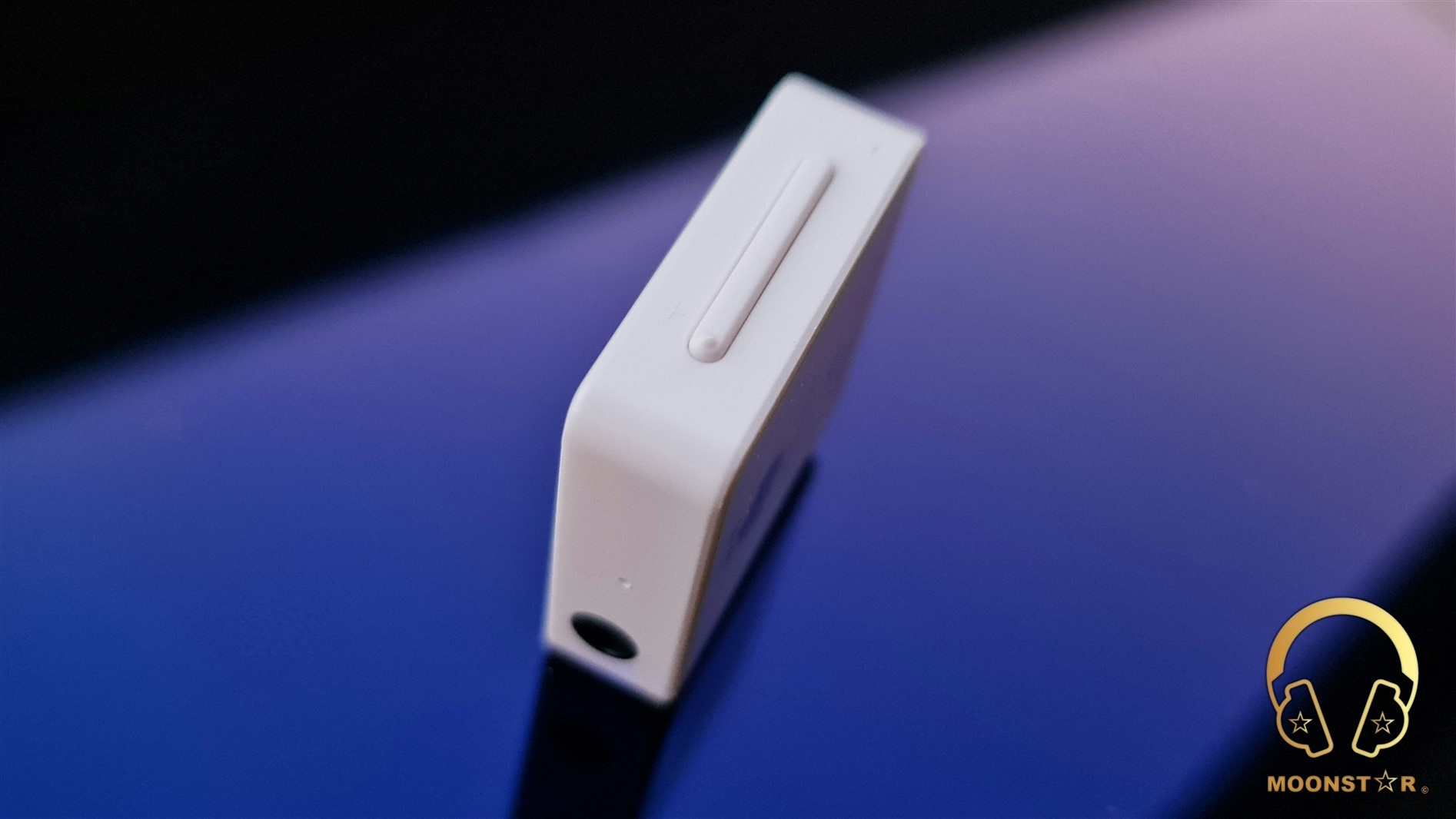 At the bottom of the device is the USB Type-C data and charging port, which is easier to use than older Micro USB connectors. This allows you to insert the cable in either way. 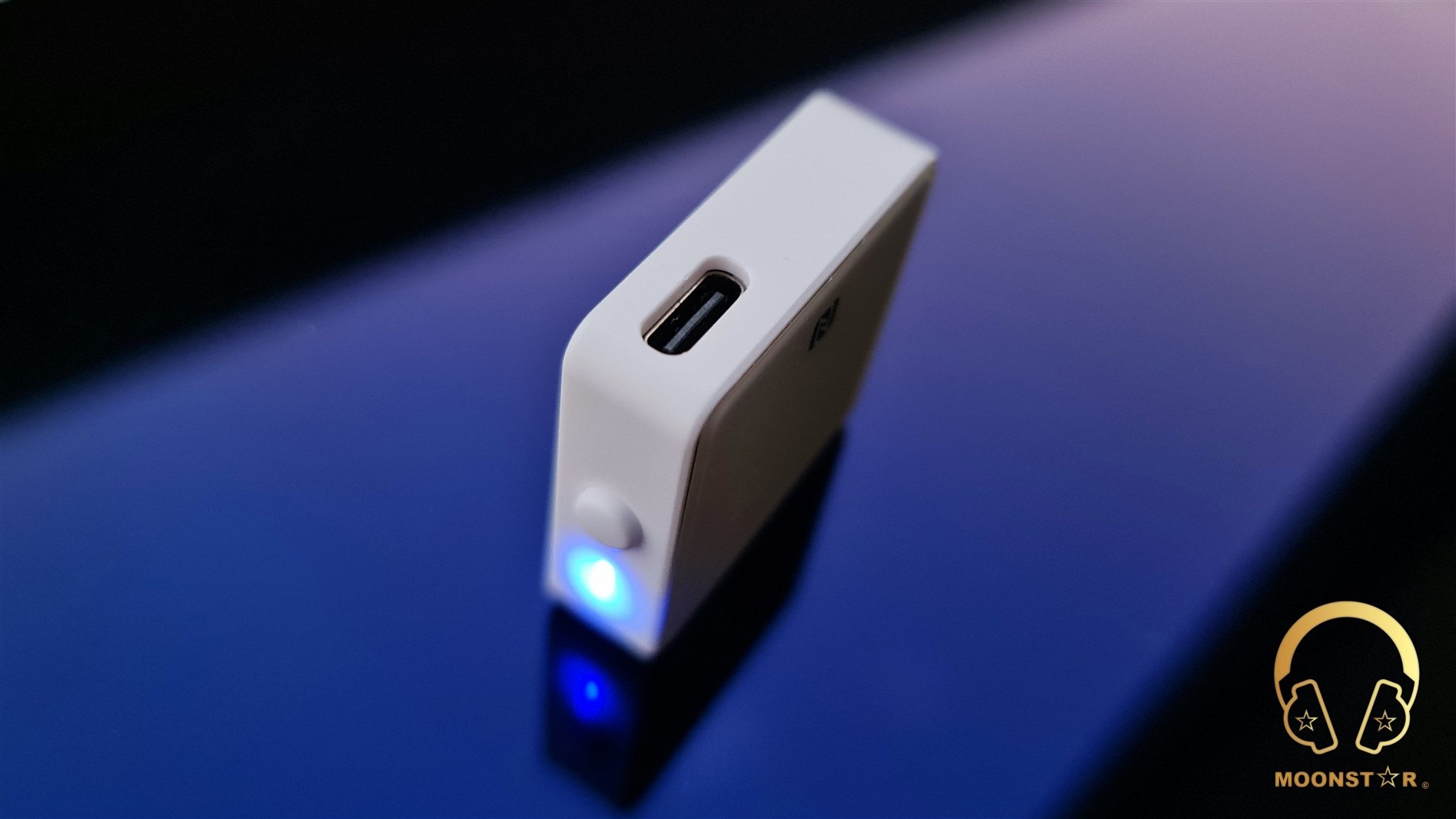 On the top are the 3.5mm Single Ended headphone output and a small hole for the microphone that supports Qualcomm’s cVc noise cancelling technology. 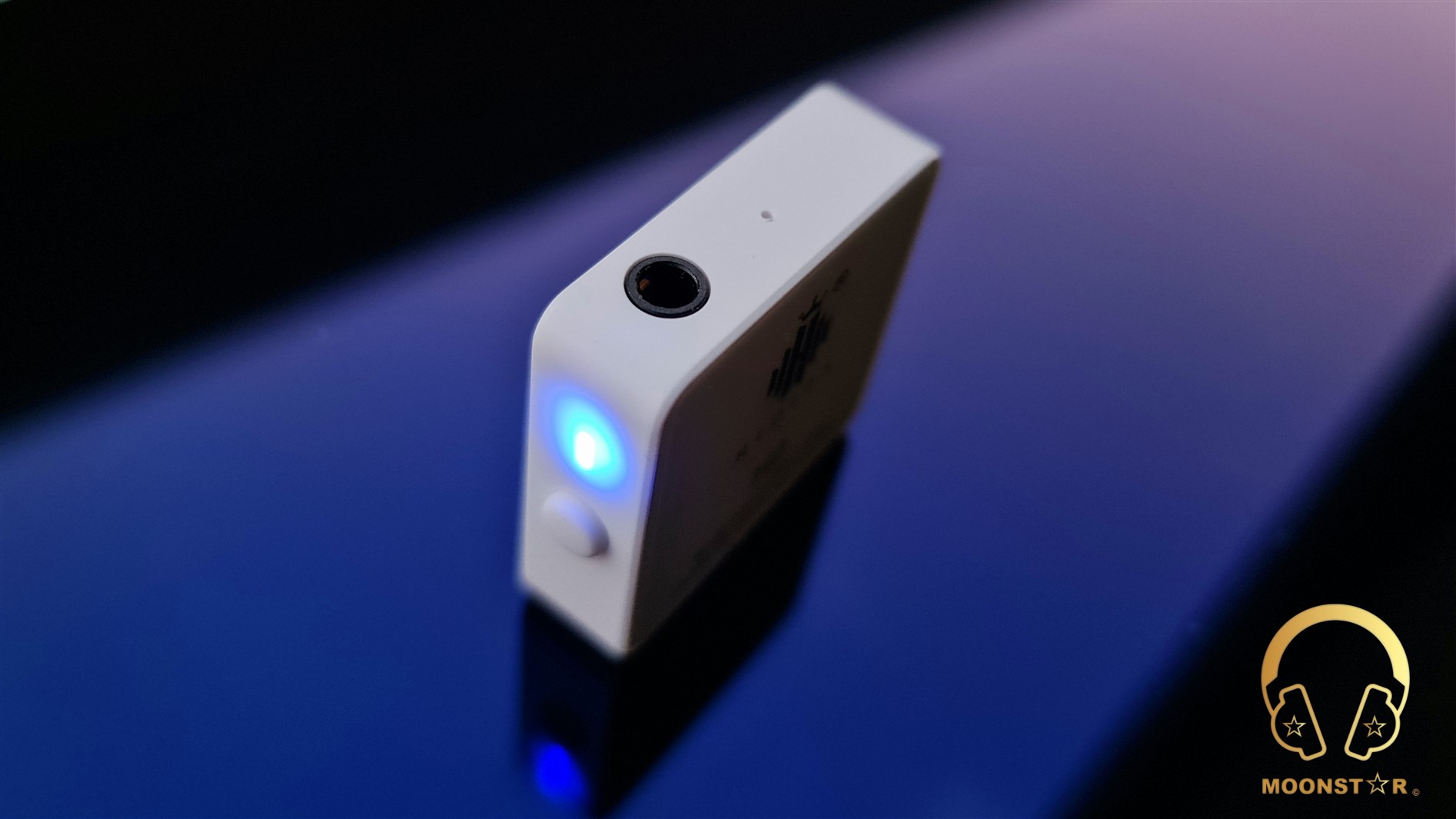 The backside of the device sports some product related brandings and some industrial certifications.

The overall build quality of the H2 is of is fine for a device at this price category and feels pretty nice in your hand.

The Hidizs H2 features the CSR8675 Bluetooth Chip of the company Qualcomm that are also used in higher priced devices, while the amplifier is the MAX97220 from Maxim Integrated.

The Qualcomm CR8675 Bluetooth chip inside the Hidizs H2 is a premium low-power solution designed for enhanced audio applications with support for 24-bit transmission and processing, thanks to its 120MHz DSP. This chip is also much more stable in signal strength than other competing chips, especially in situations with lots of interference.

The Hidizs H2 is capable of reproducing major Bluetooth transmission formats including UAT, LDAC, aptX, aptX HD, aptX LL, SBC and AAC. The UAT (Ultra Audio Transmission) codec is a new audio coding method based on DCT supports sampling frequencies up to 192kHZ and a bit rate up to 1.2Mbps.

The UAT audio codec is compatible with Android mobile phones, and Hi-Fi DAP’s like the Hidizs AP80, Hidizs AP80 Pro and all HiBy players.

What I like really like about the Hidizs H2 is the Auto Reconnect feature. The H2 connects automatically with my phone or tablet as soon I power on the device.

Another nice feature is the so-called DUAL Audio support that means two Bluetooth devices can be connected to the Hidizs H2 at the same time. For example, one BT Speaker and one BT Headphone can work simultaneously. 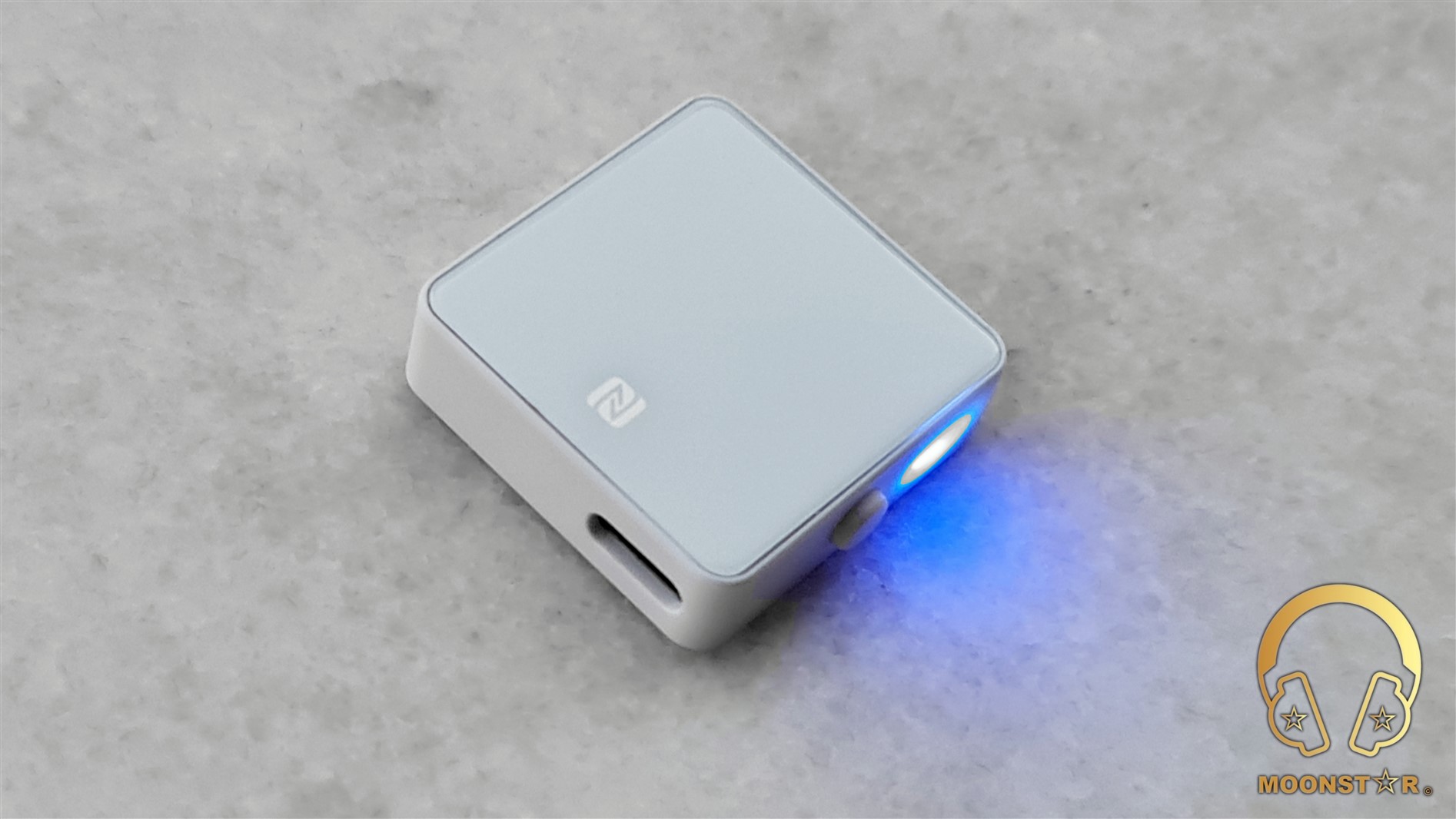 The Hidizs H2 is equipped with a build-in NFC antenna that is a great solution to pair it easily with devices like Smartphones, Tablets or BT Speakers with NFC support.

The operating distance of the Hidizs H2 is about 10 meters and very stable with codecs like SBC and AAC, while the distance drops up to 4 meters when you chose HD codecs like LDAC & UAT.

The BT latency performance of the H2 is not the best I have experienced. I have notice a short (some milliseconds) lip sync issue, while I have watched to some Netflix Movies or YouTube videos with my Samsung Galaxy S9 Plus or Apple iPad Air2 tablet. 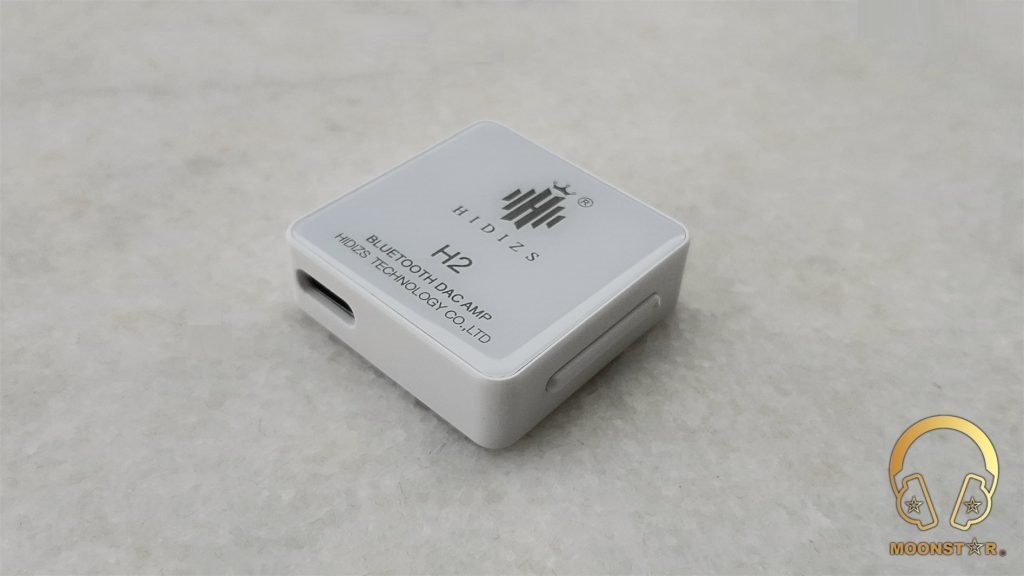 The Hidizs H2 is able to drive most of my IEM’s and the full sized ATH-M50 to pretty loud volume levels especially compared to my Samsung Galaxy S9Plus or iPad Air2, while it has not the power to drive power hungry headphones like the HiFiMAN Ananda or SIVGA P-II or earphones/earbuds with higher impedance & low sensitivity .

The background of the H2 is not pitch black, but surprisingly silent for such a budget device.

The USB DAC mode supports sampling rates up to 48kHz/16bit.

The Hidizs H2 comes with a built-in 160 mAh battery with a charging time of approx 1.5 hours.

My experiences in terms of battery life are listed bellow;

The overall battery performance is pretty good for such a small device.

The Hidizs H2 supports the HiBy Blue APP that allows you to overview the real-time sample rates, Bluetooth formats, Battery Life, EQ adjustments and the Firmware updates of the device. 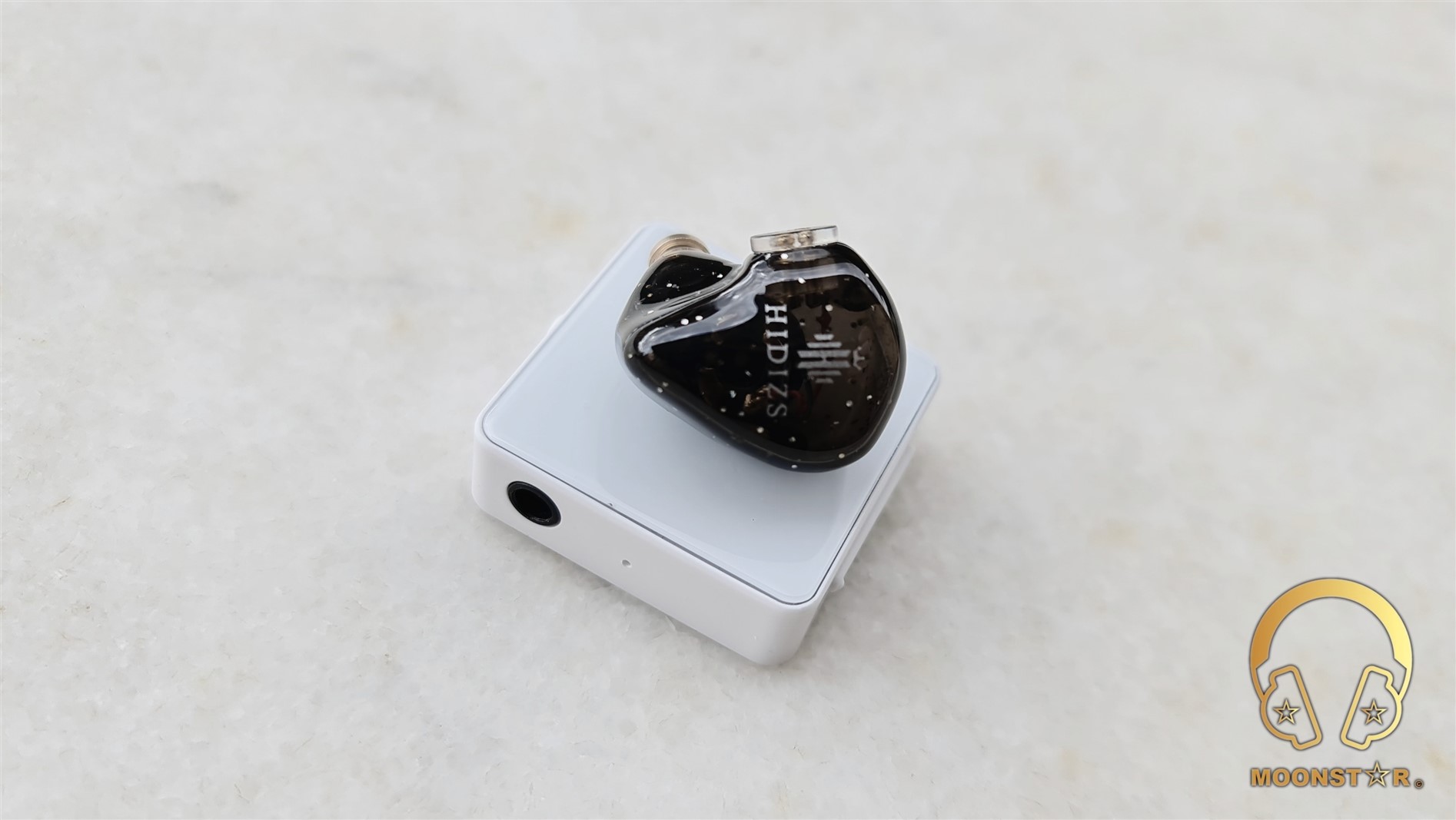 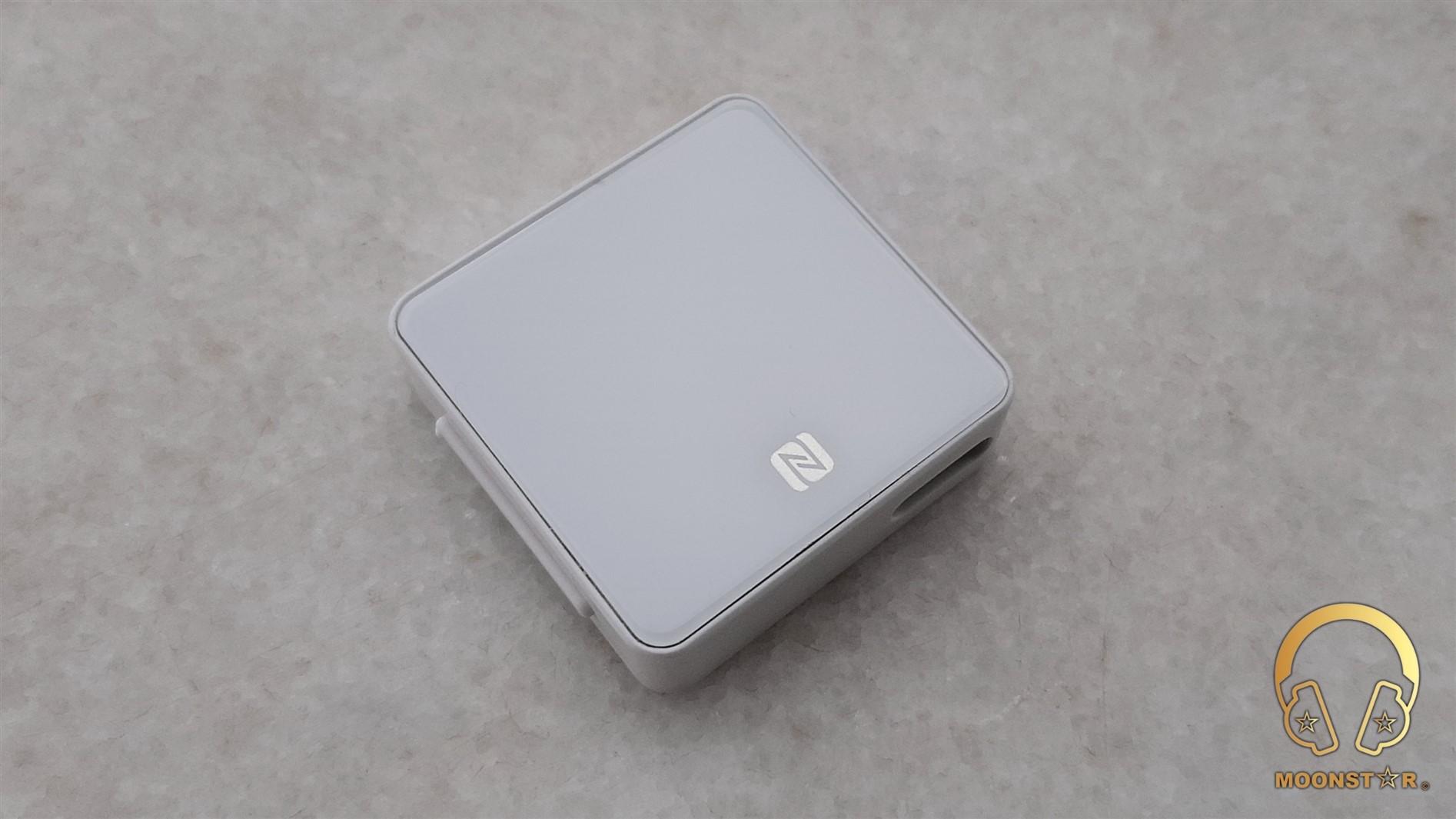 The Hidizs H2 shows a warmish tonality with slightly amount of coloration. The bass has good intensity and depth, the midrange on the other hand shows sufficient clarity and detail retrieval, while the treble range has moderate level of extension and nice amount of sparkle.

The Review is written after a burn-in process of about 50 hours, while the sound analyzes below are based on experiences with earphones like the Meze Rai Solo, Dunu SA3 and Hidizs MS1 Rainbow paired in BT mode with the Samsung Galaxy S9Plus with LDAC codec enabled. 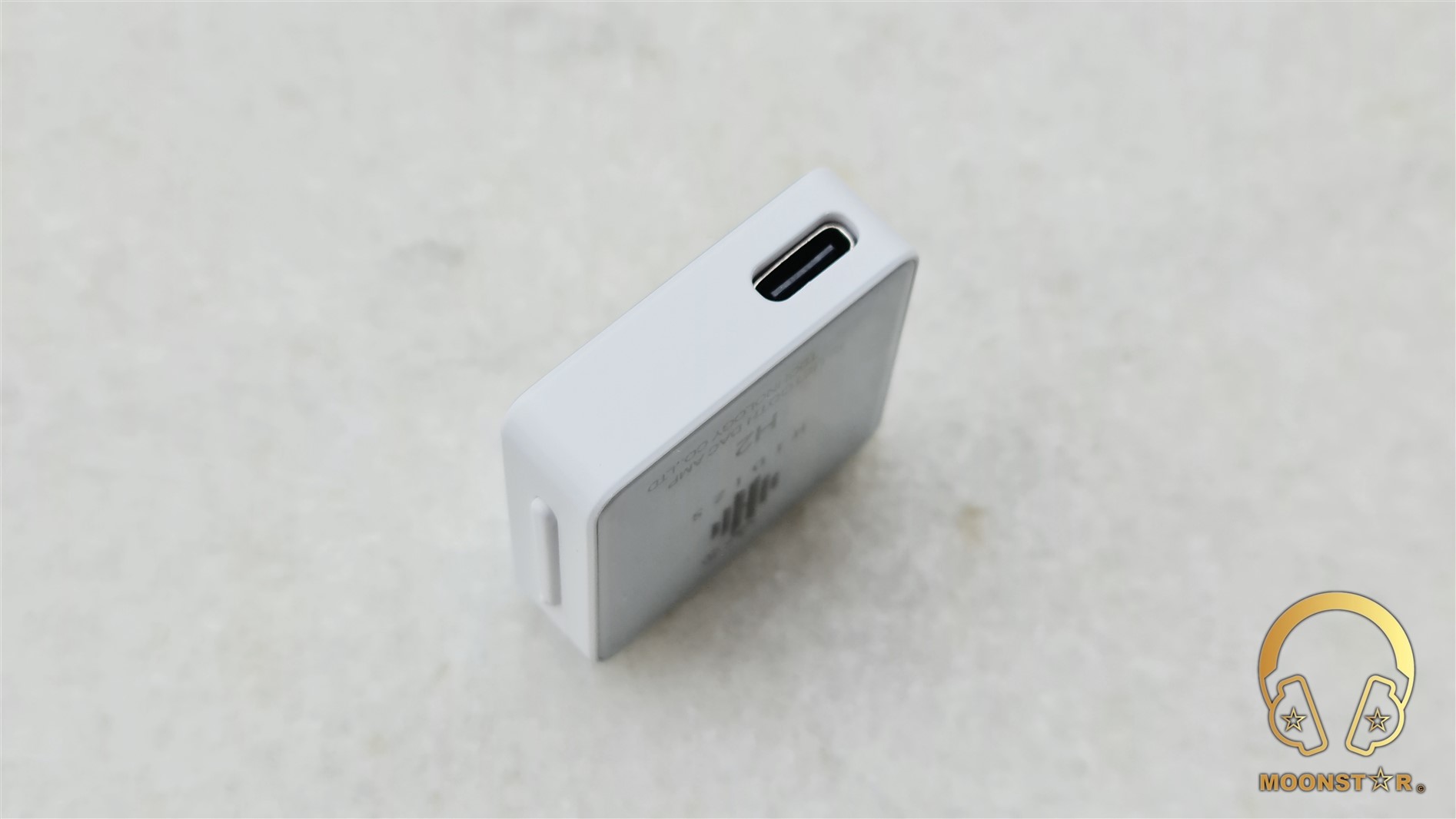 The lower frequency region of the Hidizs H2 offers a good amount of weight and fullness that makes the general presentation pretty full bodied and musical. The subbass area shows an average level of depth and extension, with surprisingly good control for an entry level DAC/AMP.  The overall tonality is warmish and fairly soft.

The midbass region on the other hand has an above average intensity and a sufficient level extension that is ok for such a budget device. It doesn’t show any noteworthy negative situations like a midbass hump or mixings. Percussion instruments such as snare drums have moderate emphasis, while the notes are clearly audible.

The midrange of the Hidizs H2 has a fairly warm tonality with moderate amount of clarity and airiness. The lower midrange shows a good level of depth and intensity while listen to instruments such like string instruments like violas and acoustic guitars and male vocals like Barry White or Dave Gahan. 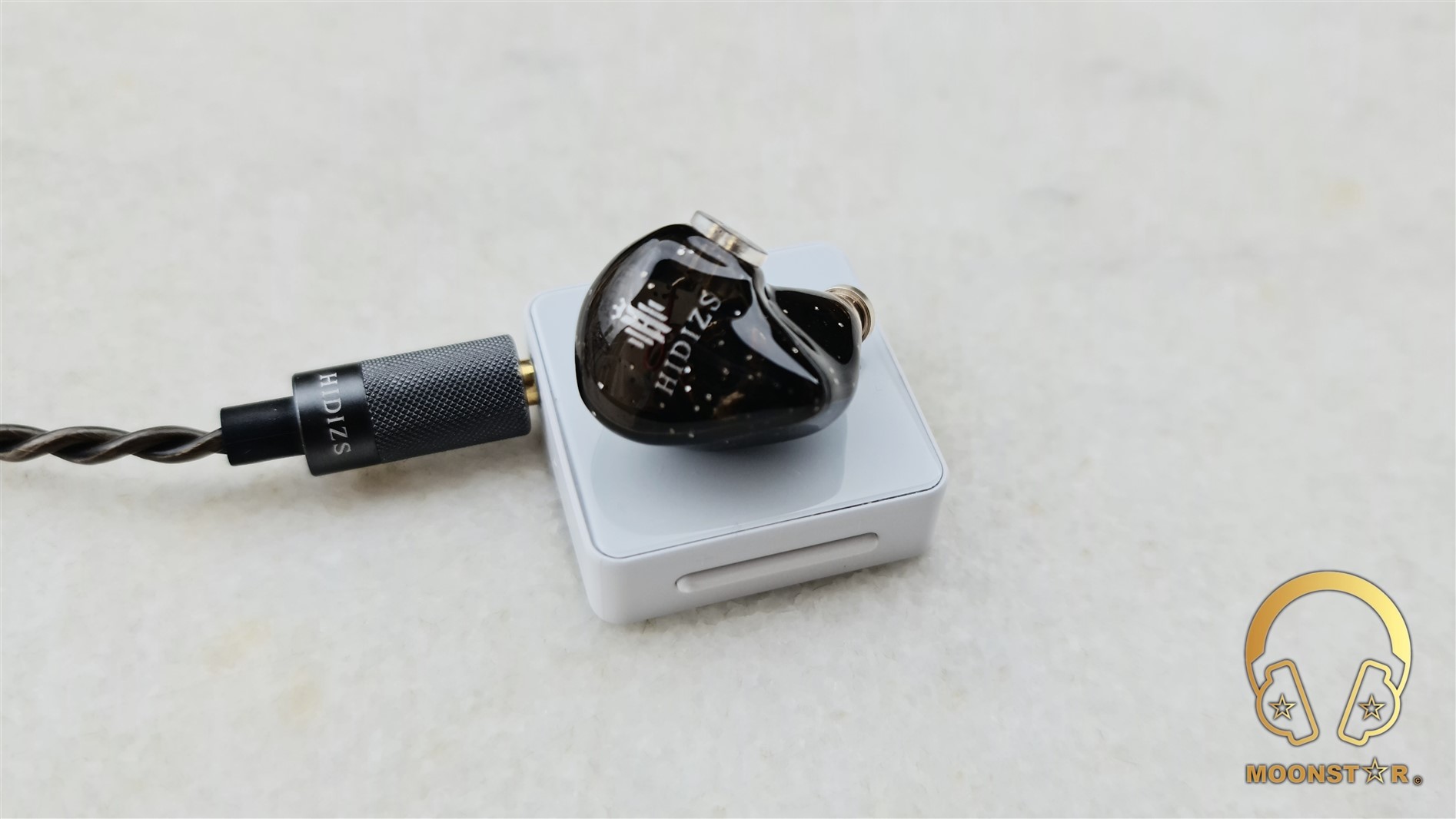 The upper midrange of the Hidizs H2 is nicely pronounced with good level of extension for an entry-level device while listen to female vocals or instruments such like pianos or violins. The level of transparency and airiness in this frequency range is on an average level, whiel the transitions from the upper midrange to towards the treble region are in general controlled.

The treble extension is a bit short, while the overall intensity and airiness of this region is on an average level. The general treble presentation of the Hidizs H2 is fatigue free and relaxing.

The soundstage performance of the Hidizs H2 is quite ok regarding the price and small form factor. The stage is slightly wider than its depth, while the distance and air between instruments is on a sufficient level without to sound to narrow or dense. 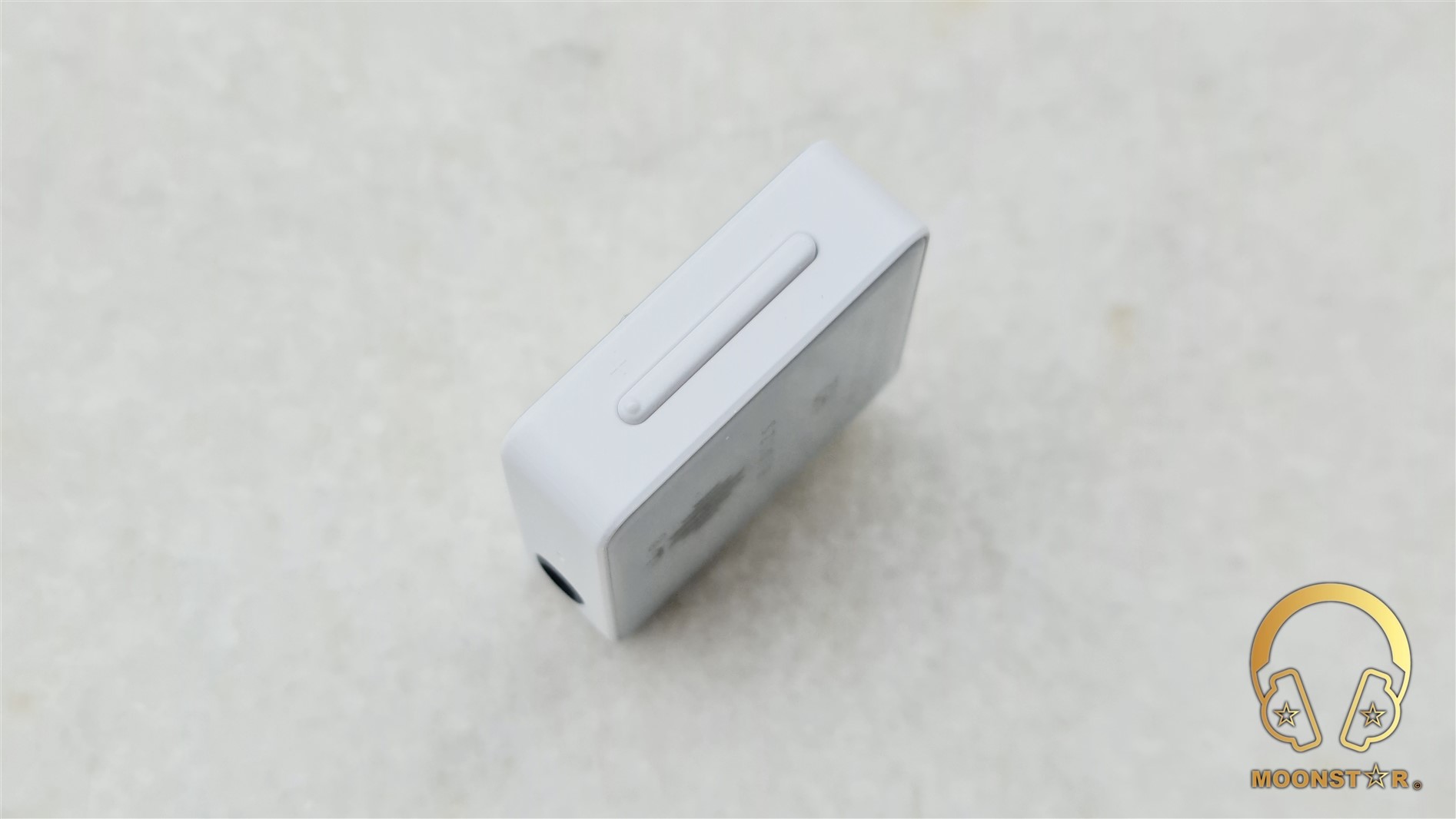 The midrange of the Colorfly BT-C1 has a brighter and slightly more neutral tonality, compared to the Hidizs H2, which shows more warmth and musicality. The lower midrange of the H2 offers a higher level of depth and additional body, while the BT-C1 shows a bit more upper midrange intensity and extension.

The treble region of both devices has a moderate level of definition, detail retrieval and sparkle, while the Hidisz H2 has the slightly edge in terms of overall treble extension.

The soundstage of both devices is pretty successful in terms of separation and placement of instruments and vocals, especially at this price level. The Hidizs H2 has the upper hand when it comes to the soundstage wideness, while the performance of the soundstage depth is nearly similar. 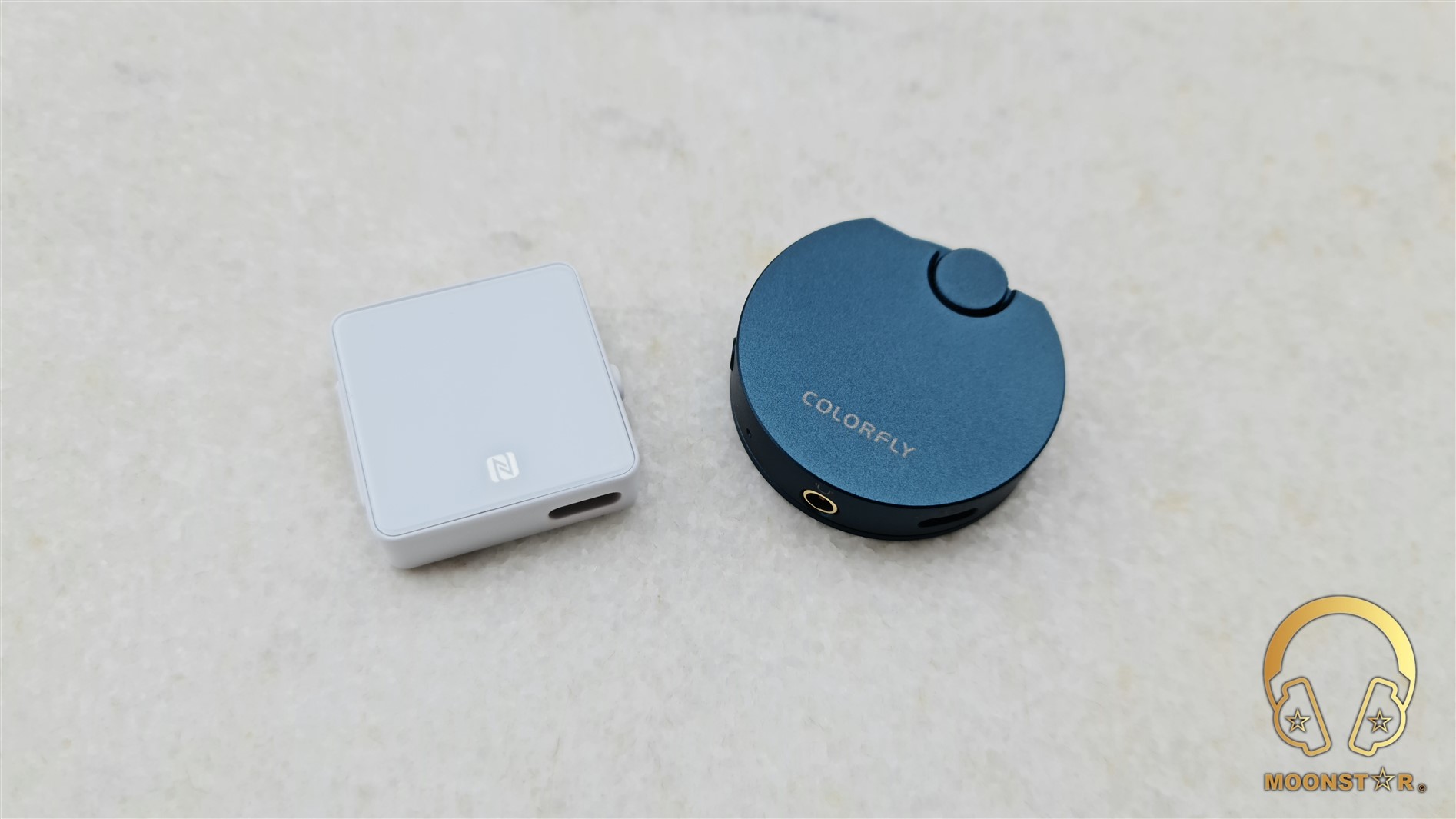 The Hidizs H2 is very functional ultra portable Bluetooth DAC/AMP solution with a minimalistic design language that will fit even in your smallest pocket. It supports any Bluetooth codec including LDAC & UAT, can be paired easily via NFC and works as USB DAC. All these features are packed in to one device that is available for an affordable price.