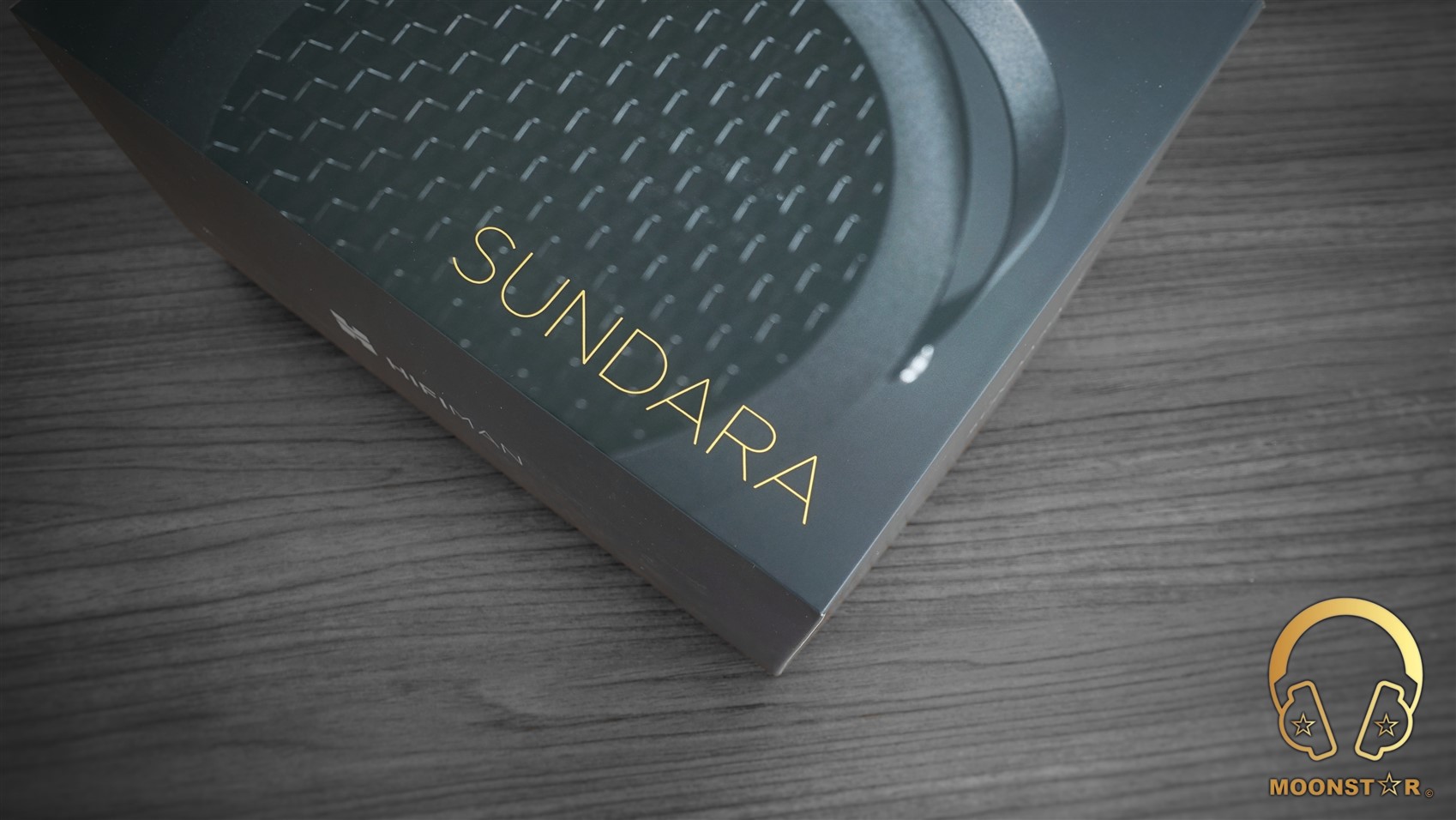 HiFiMAN was founded by Dr. Fang in New York – USA and is one of the most well-known personal audio companies in the audiophile word.

The HiFiMAN Sundara is a full sized Open-Back headphone that features a Planar Magnetic Driver with a so called Ultra-Thin NsD Diaphragm (NEO “supernano” Diaphragm). The NsD is 80% thinner (1 to 2 microns) than previous designs resulting in a faster response.

I would like to thank HiFiMAN for providing me the Sundara for review purposes. I am not affiliated with HiFiMAN beyond this review and these words reflect my true and unaltered opinions about the product.

The actual price of HiFiMAN Sundara is $349.00 after a special discount. More information’s can be found under the link below;

The HiFiMAN Sundara came in a relative big cardboard box with the illustration of the product and some product related brandings. 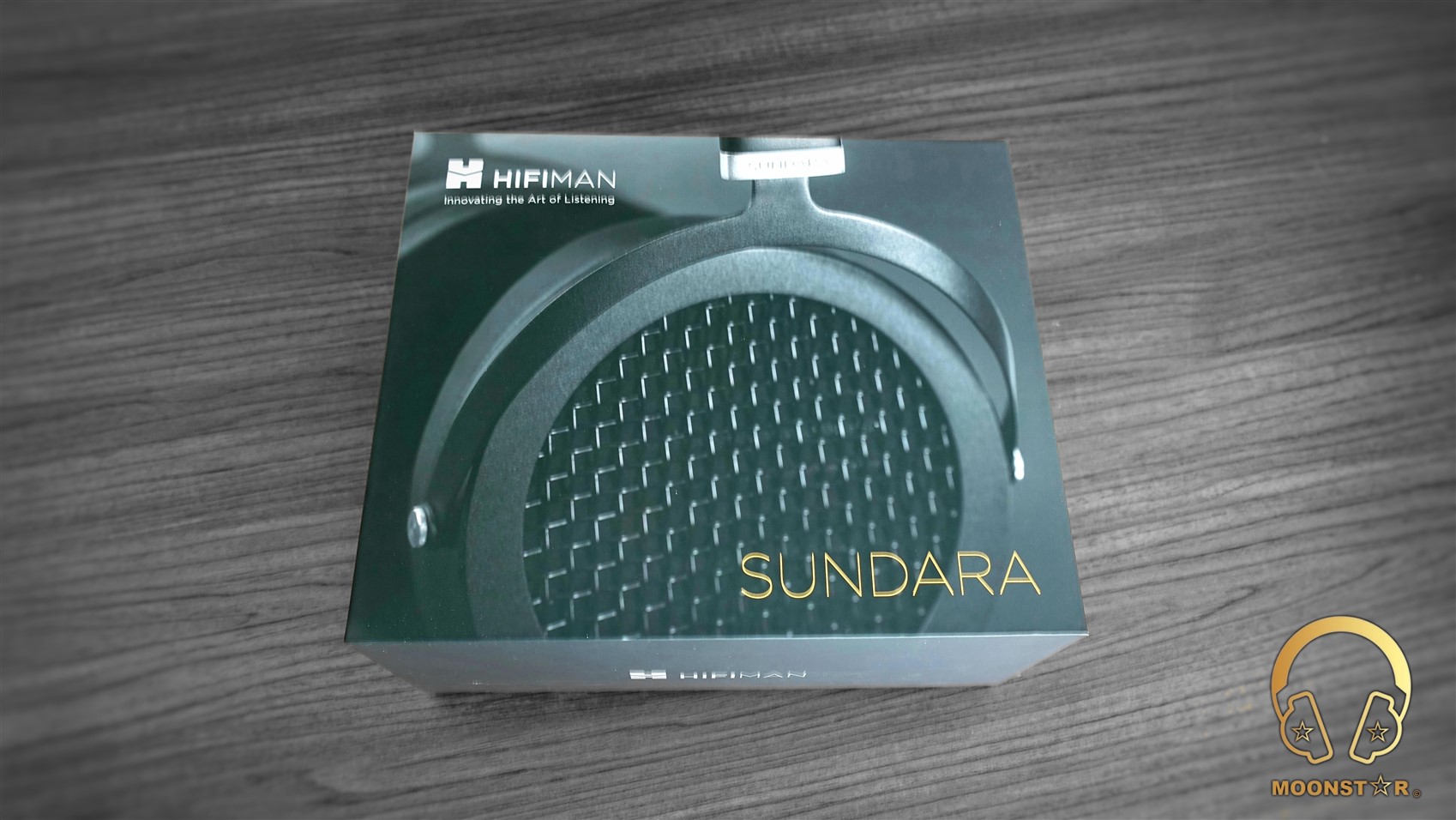 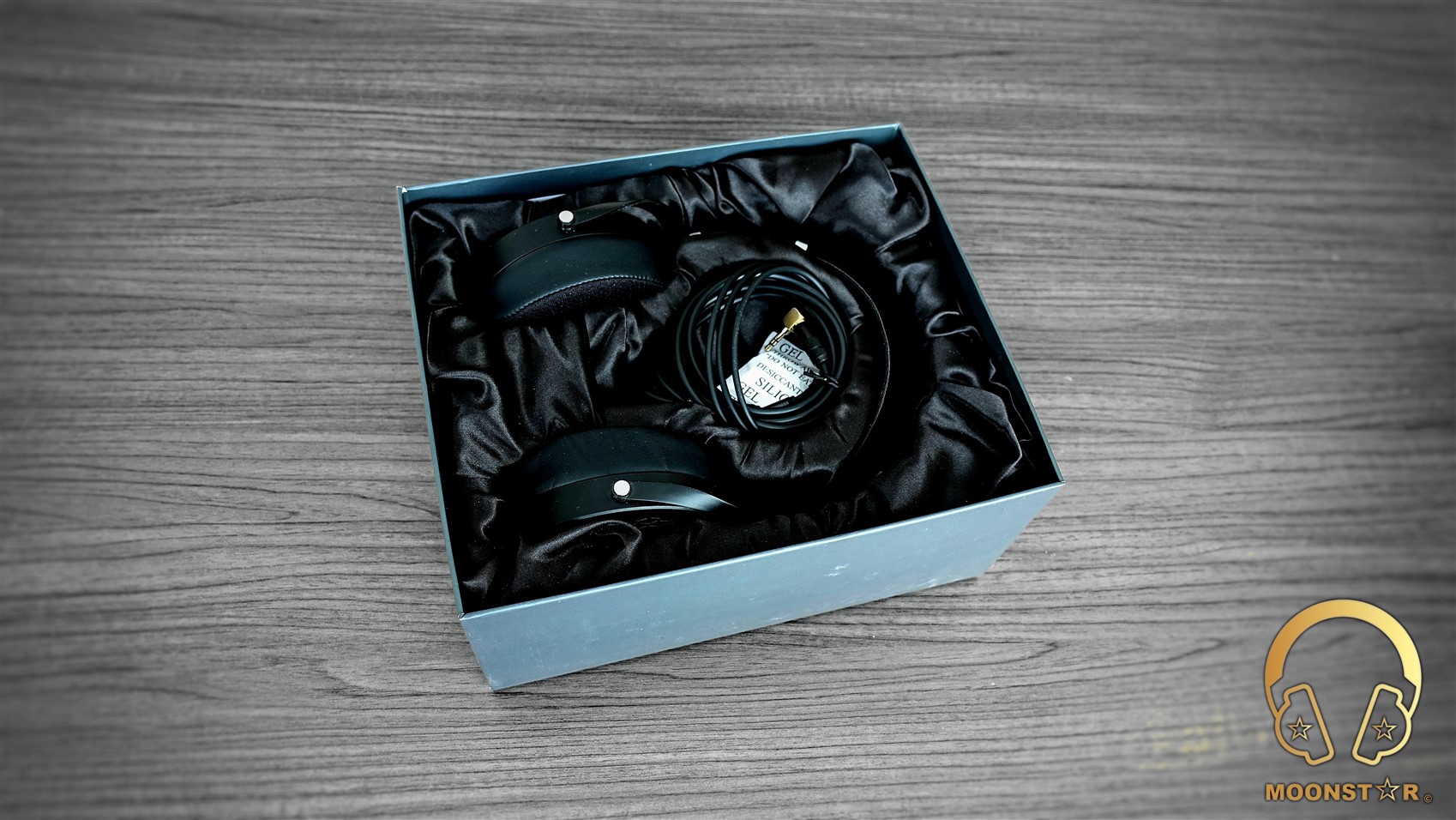 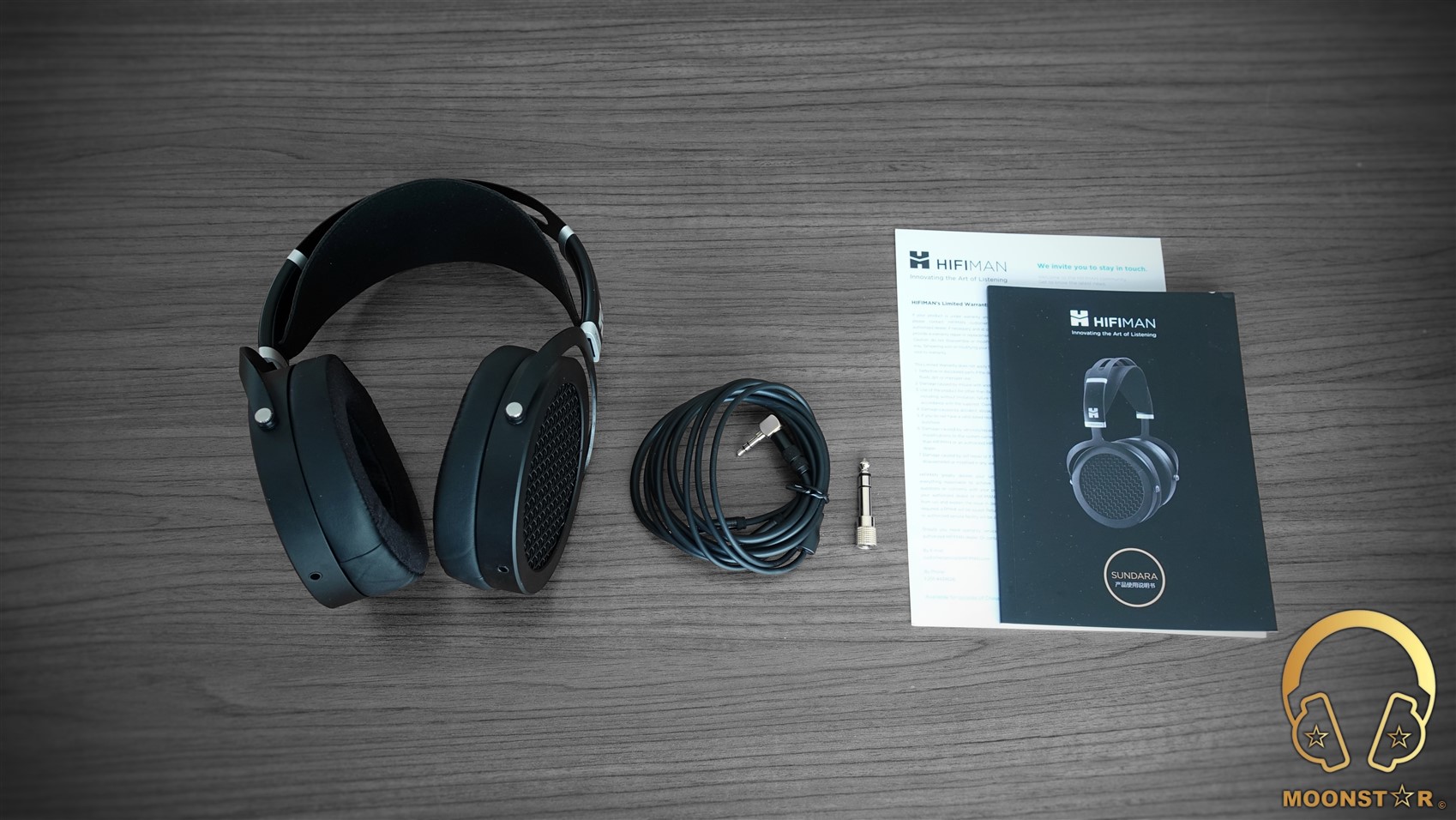 What I don’t like about the Sundara is the stock cable that doesn’t match the quality of the headphone itself. It feels cheap, especially when compared to the one you get with the SIVGA P-II. I would also wish that it comes with a protective case.

The Sanskrit word “Sundara” literally means beautiful that fits well to this Open-Back Planar Headphone that looks great. It share some design aspects with the bigger brother Ananda like the Headband mechanism. 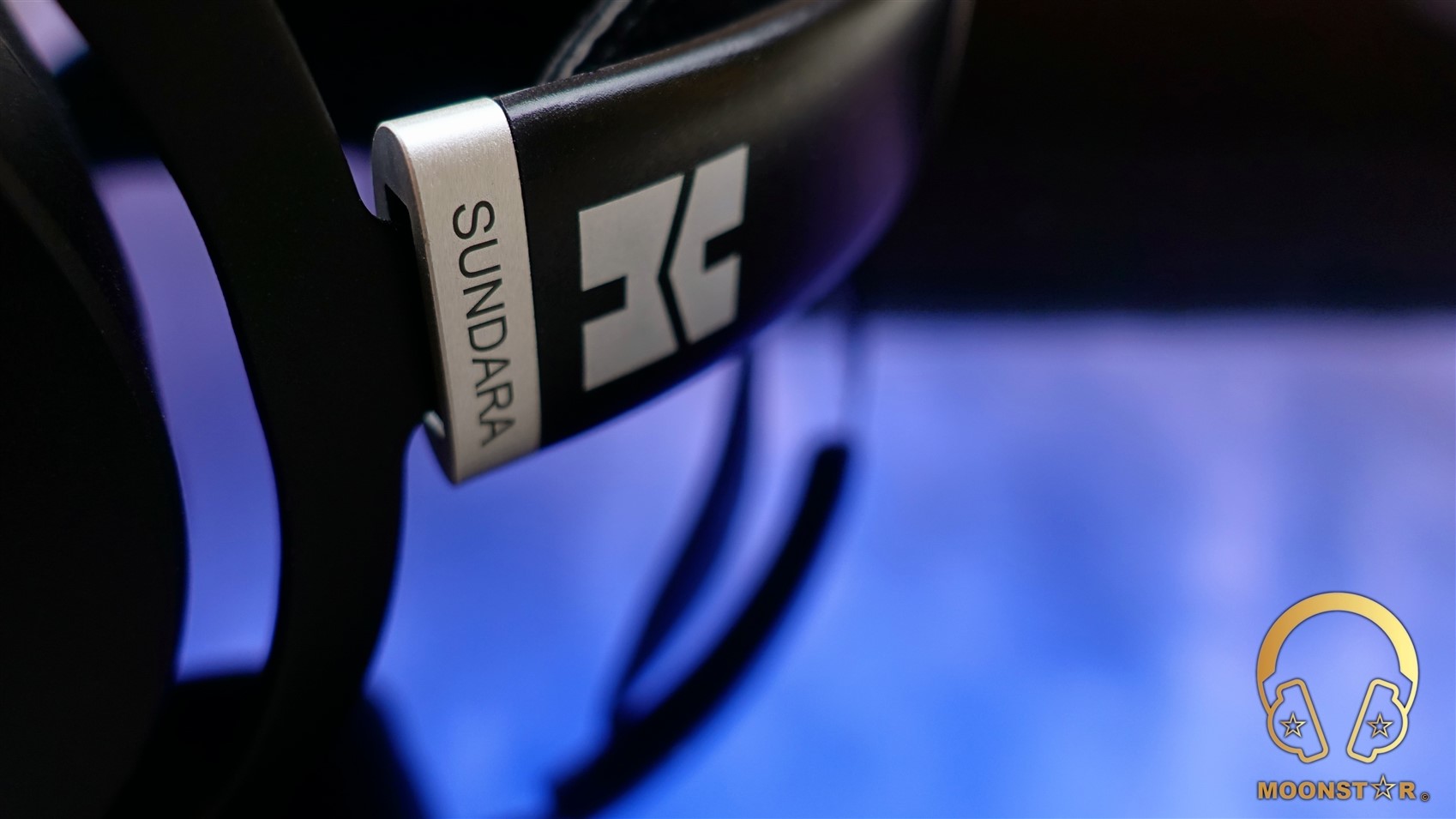 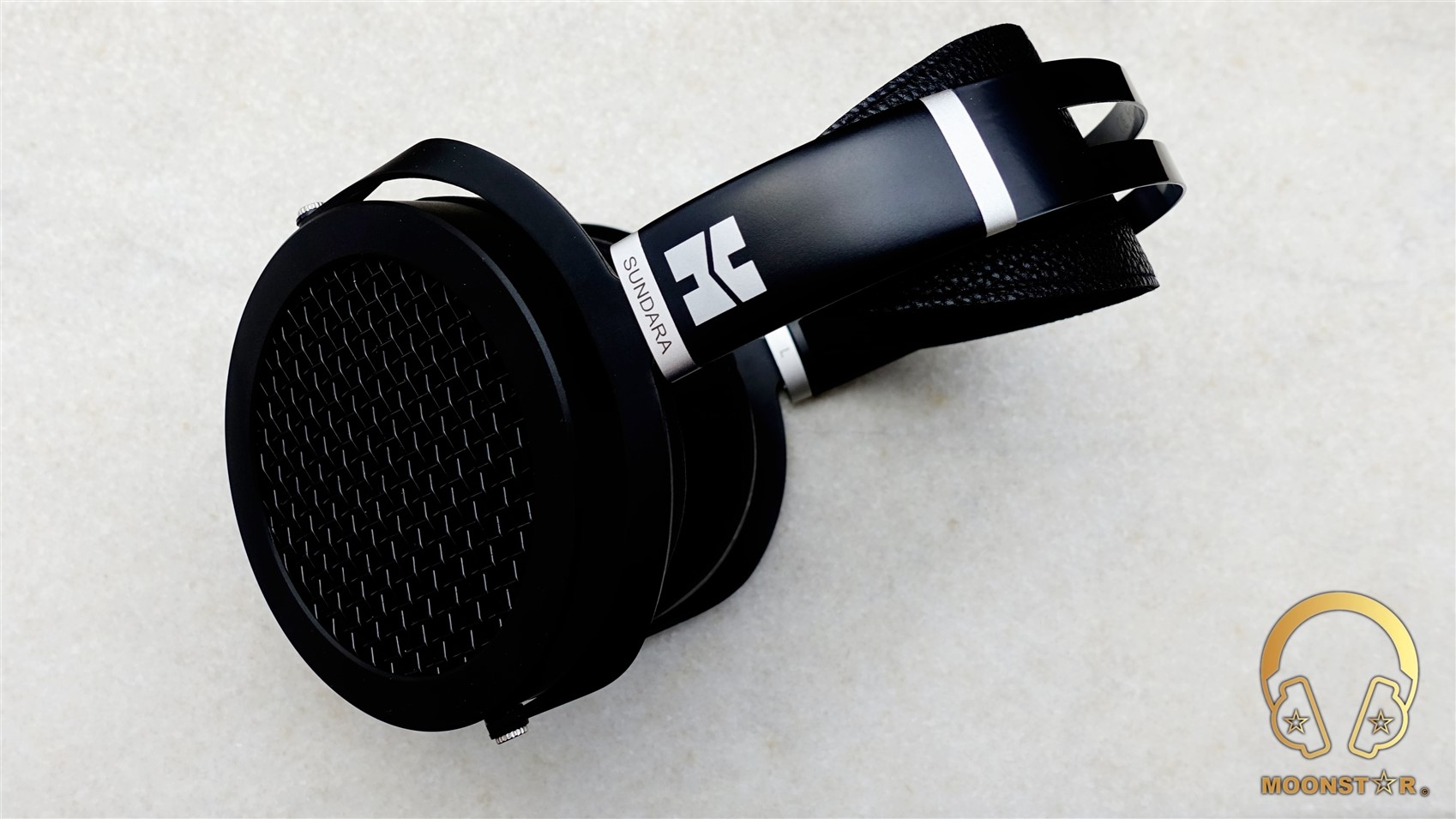 The ear cups of the Sundara headphone do have a pretty simple circular shape that looks very attractive in combination with the huge metal grill. 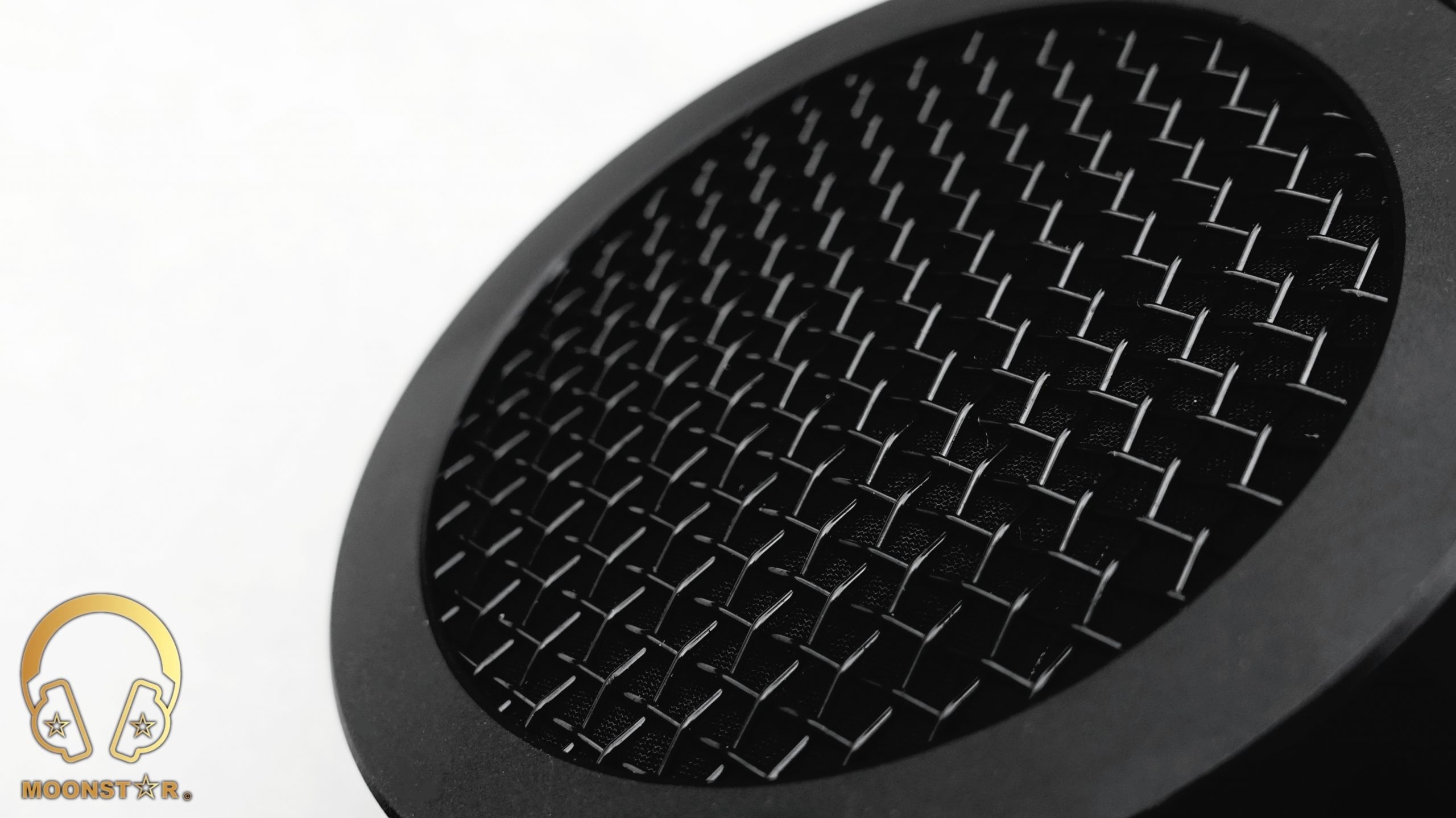 Inside the ear cups are metal grills that do feature a thin layer of fabric material to protect the sensitive planar magnetic diaphragm. 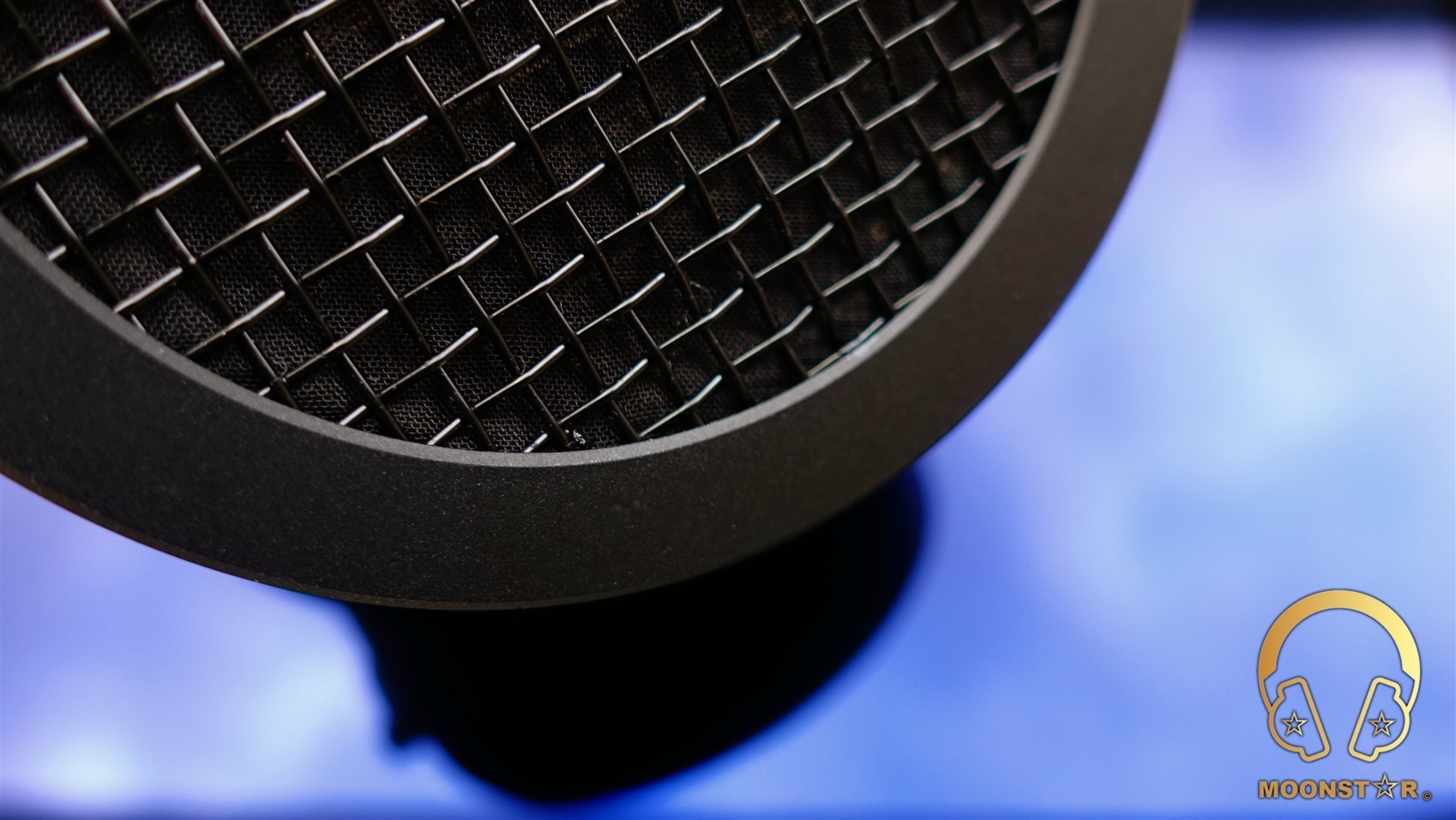 The replaceable ear pads of the Sundara are very comfortable even after longer listening periods that doesn’t get hot. The pads do have a fabric surface while the outer material is made of synthetic leather. 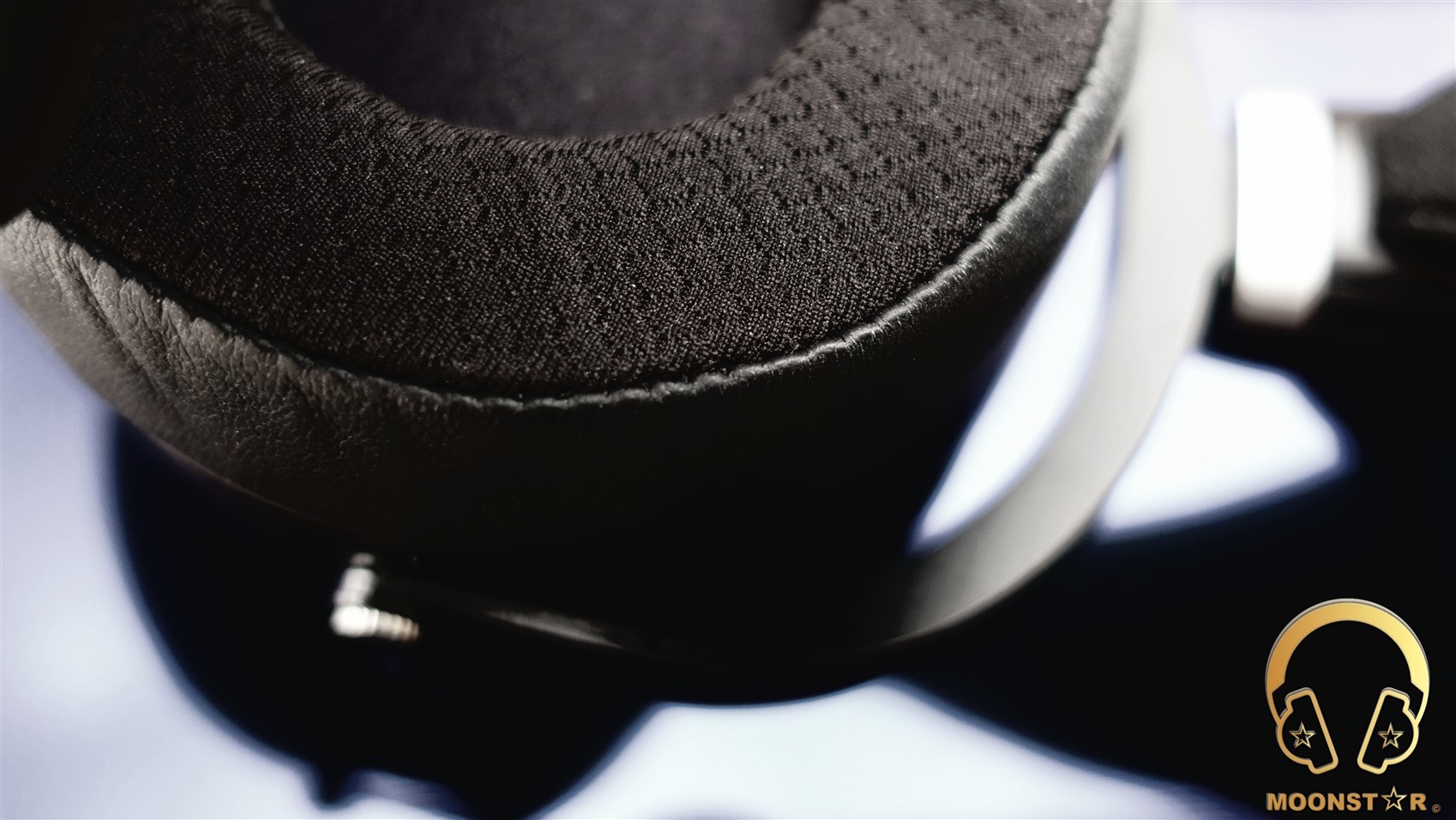 Both ear cups do feature 3.5mm female connectors that do offer a tight fit with the left and right male concoctors on the detachable cable. 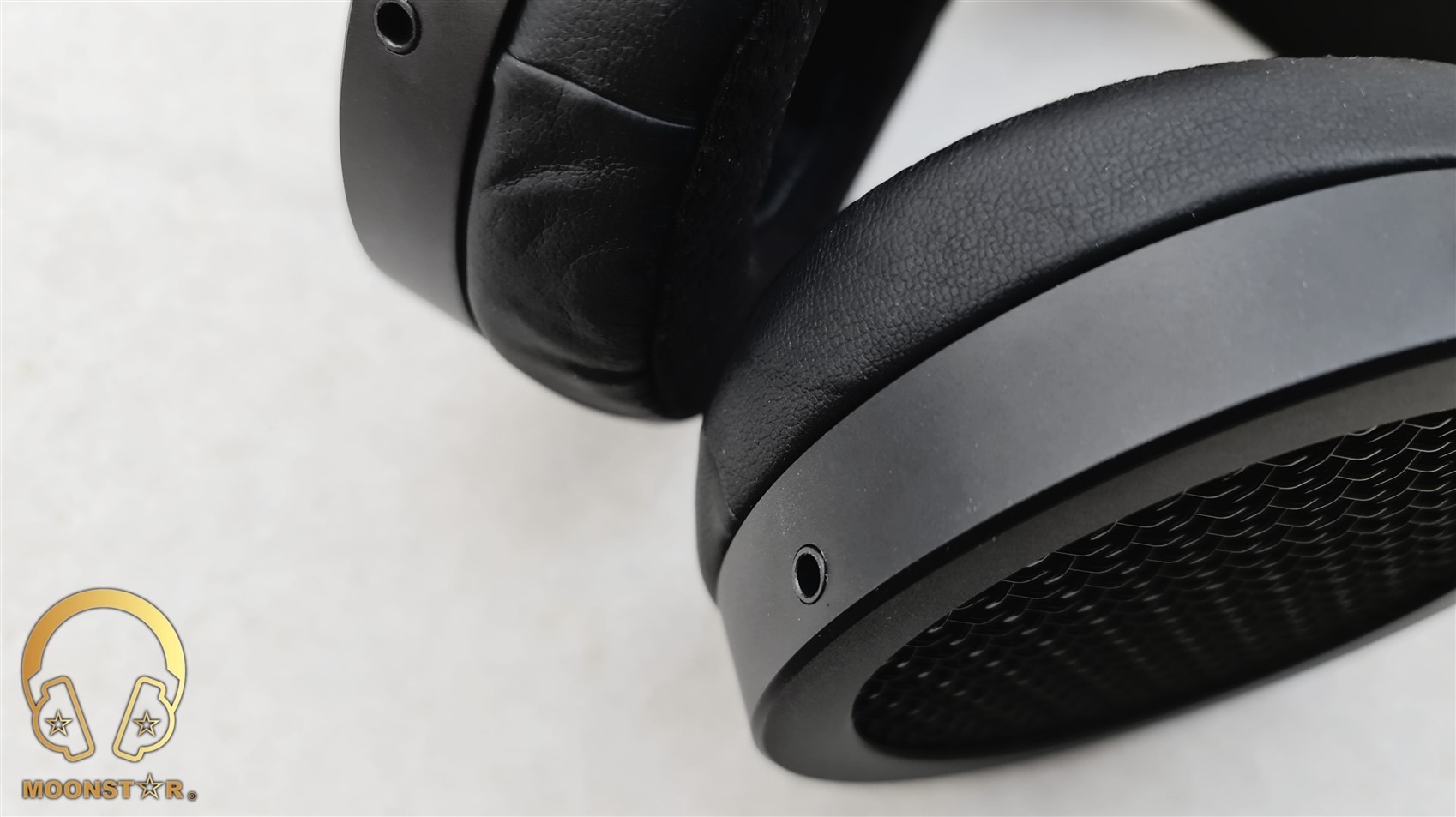 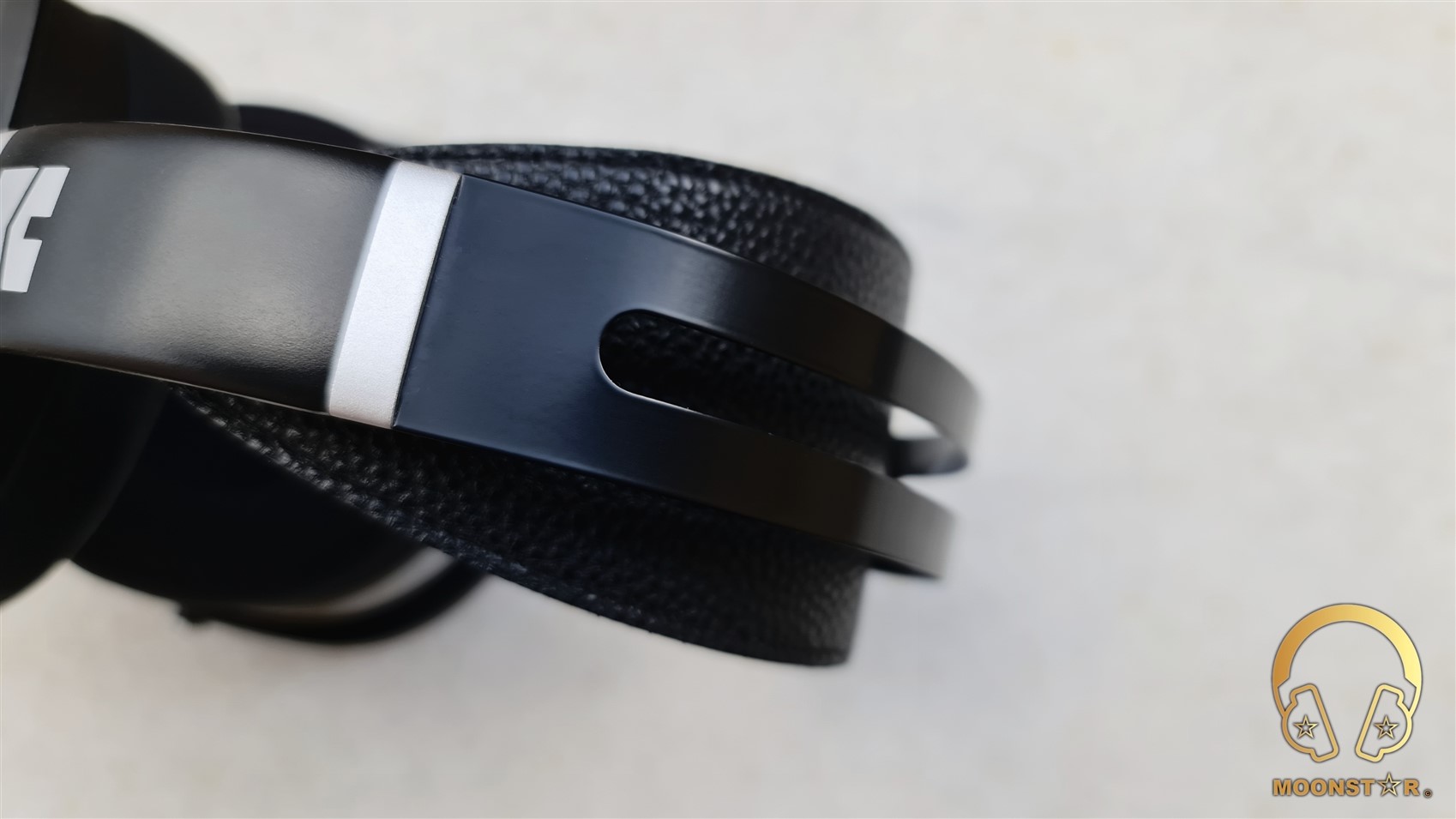 he bow (also called crown) is made of spring steel material with a black finish that is fairly bendable. The headband is made of leather material in black color with a fabric lining in the inner surface. 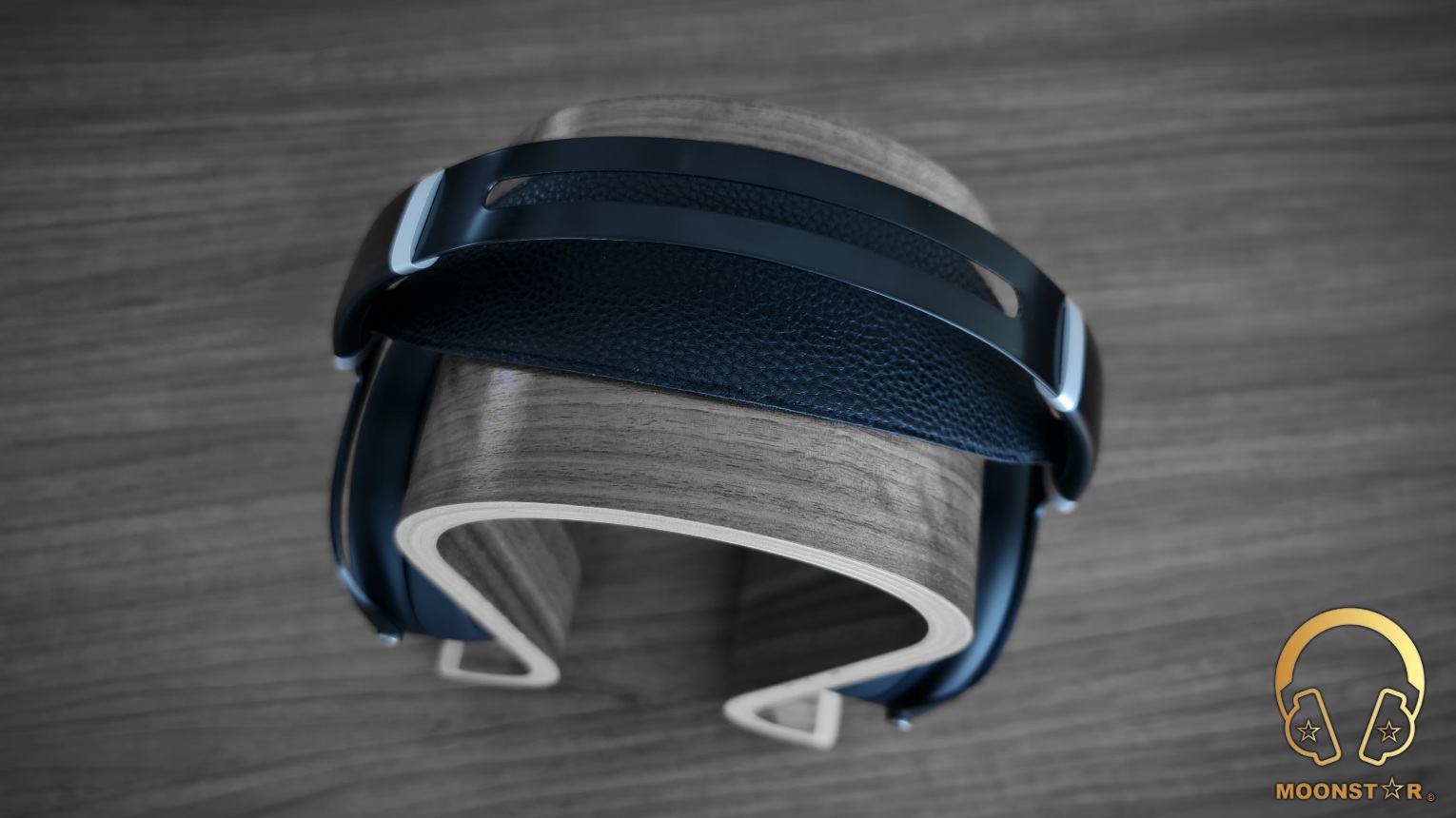 The mechanism is a bit too tight, while it offers a quite solid look and feel. 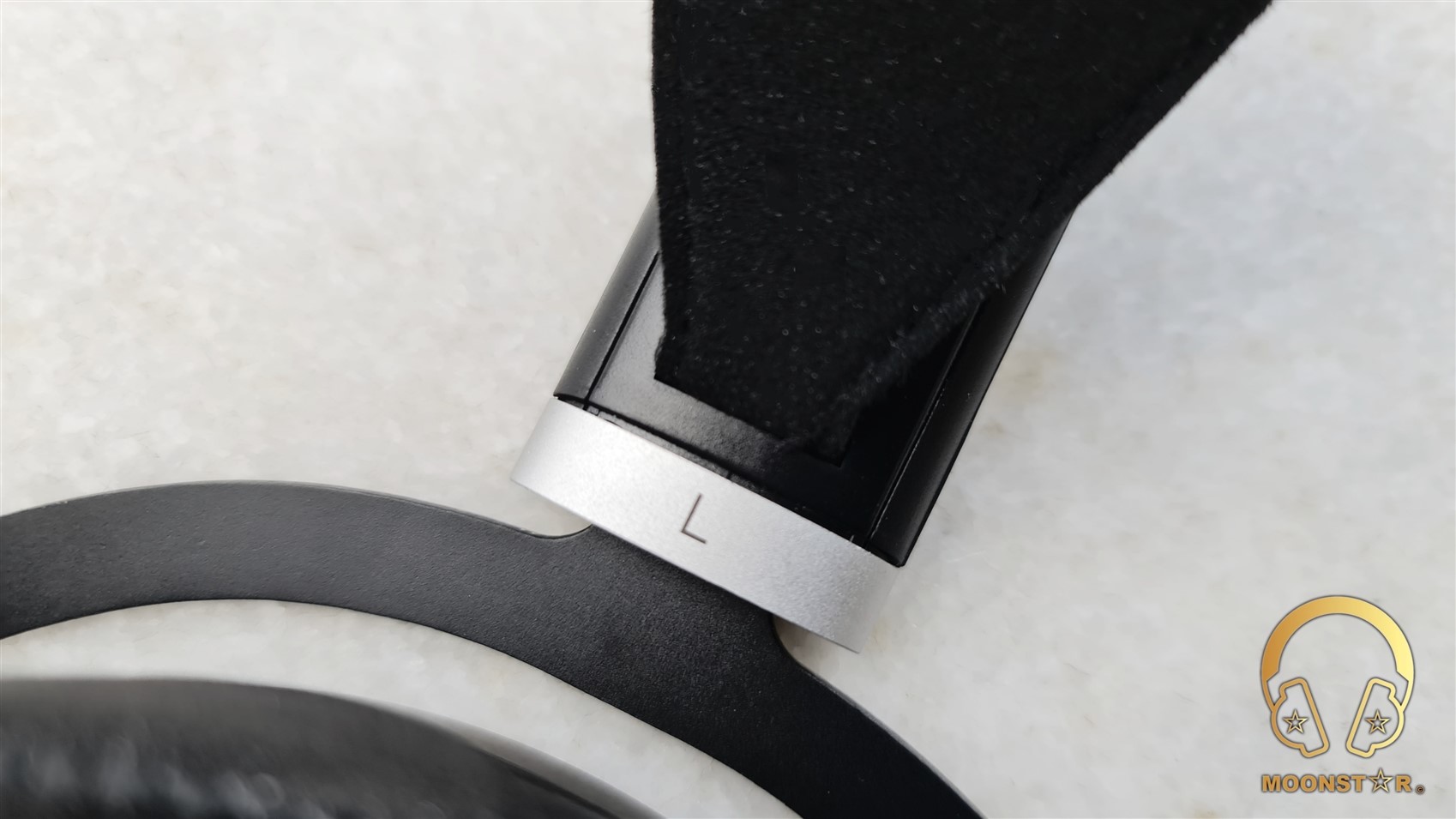 Just below the sides is the adjustment mechanism of the headband system that is covered with a plastic housing on each side which is mainly in black color with exception of a small part in silver color located on the top and bottom. 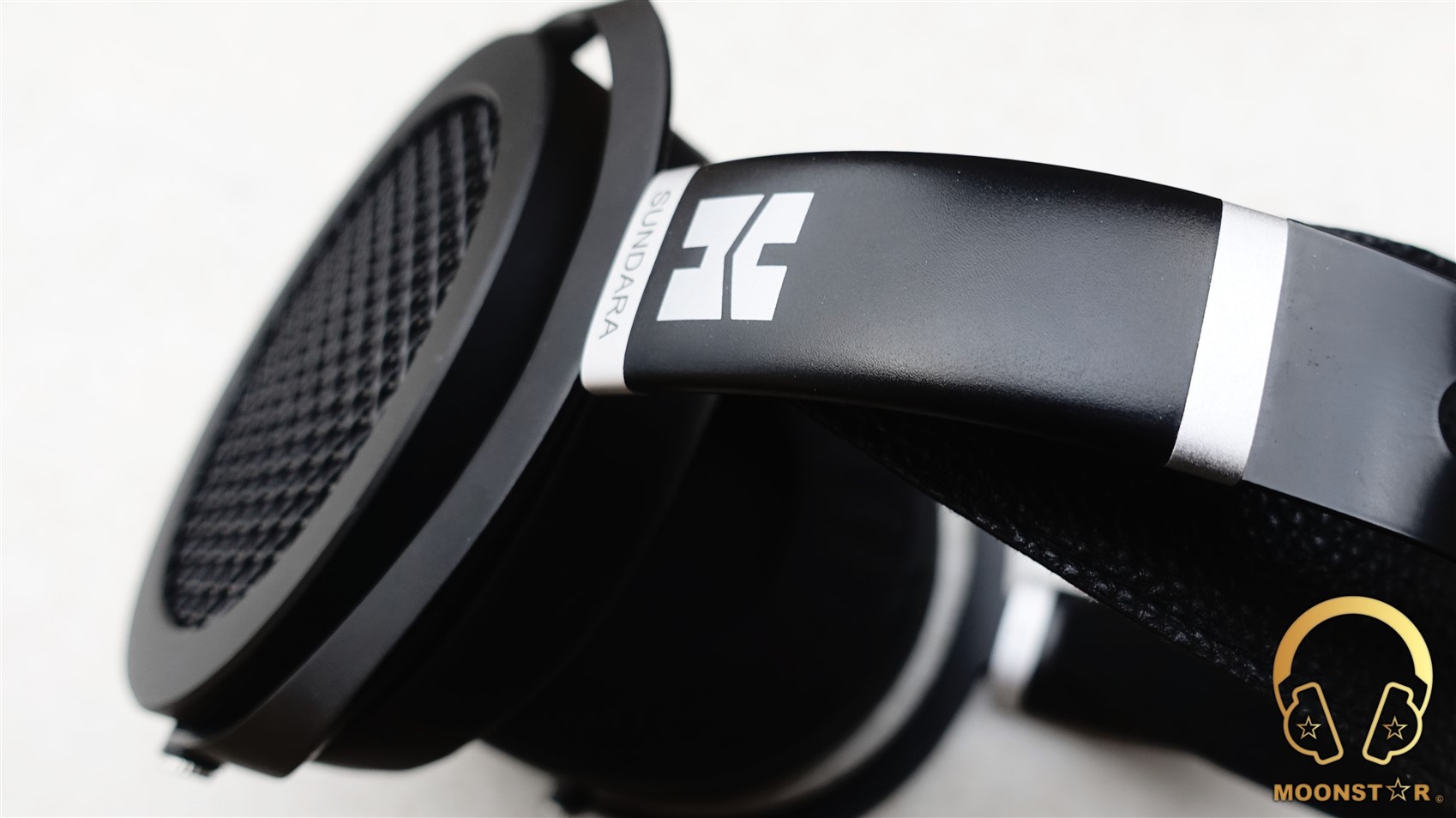 Here are the HiFiMAN logos along with the Sundara branding on the right side and the HiFiMAN letter on the left side. 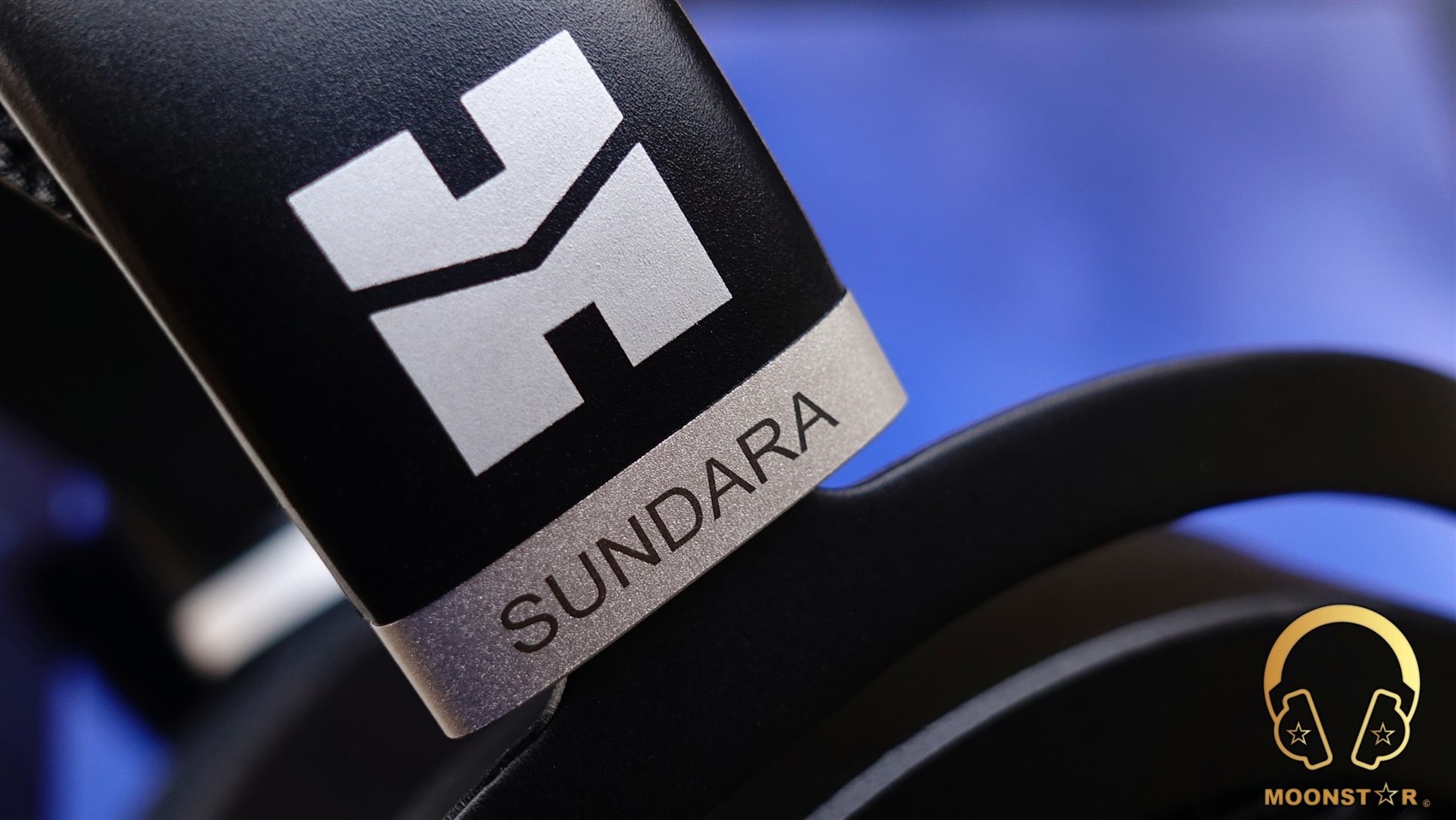 At the inner surface of the grey plastic parts are the L (left) and R (right markings). 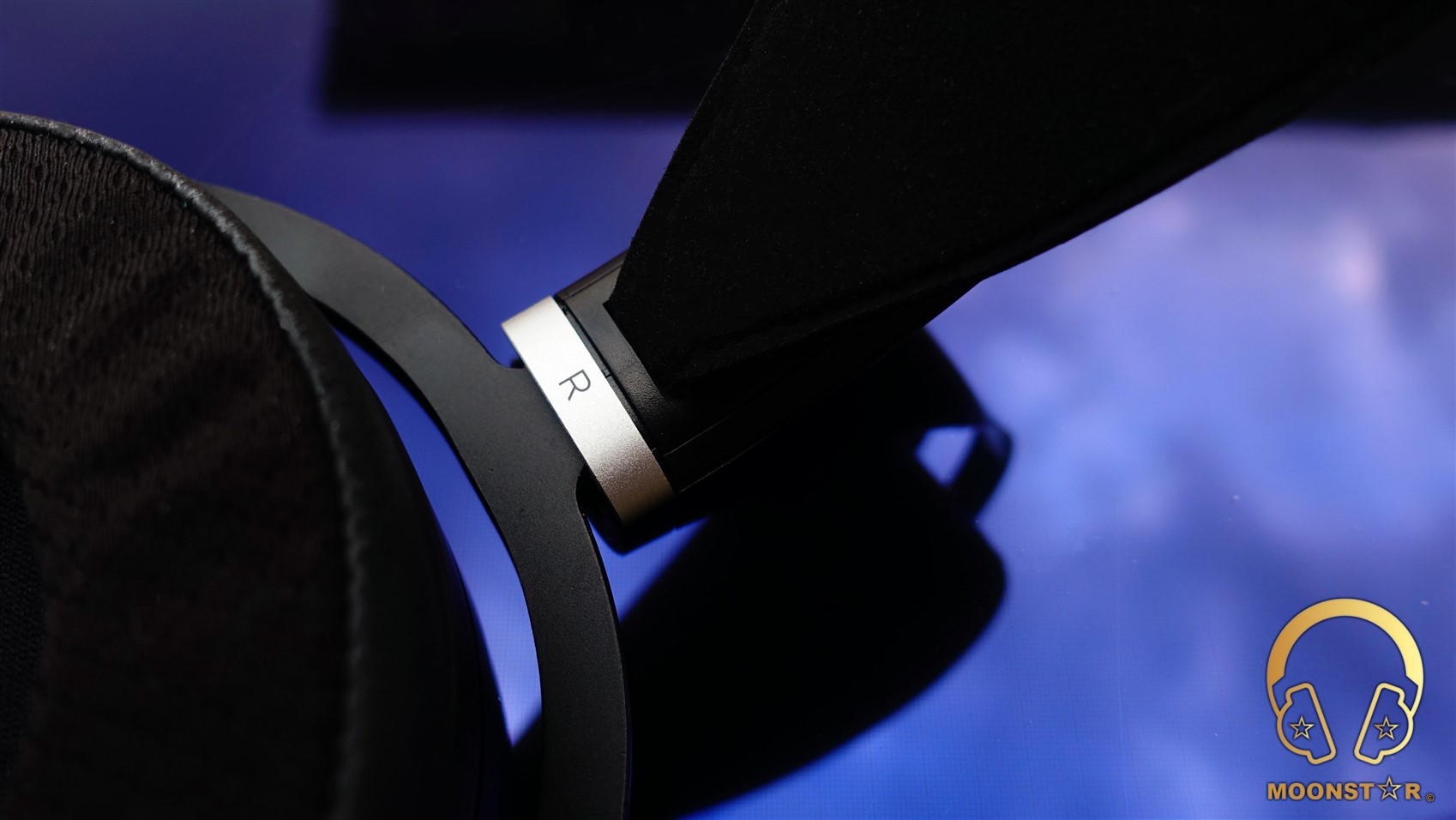 The HiFiMAN Sundara is a full sized Planar Headphone that offers a quite comfortable wearing experience. The ear pads are pretty comfortable and I do like the size of the pads that do cover your auricle. The clamping force is also fine while the size and shape of headband could be a bit small for bigheads.

The Sundara shows a below average isolation due to the nature of its open-back design, so If you want a headphone that you can also use outdoors the Sundara won’t be ideal for that. 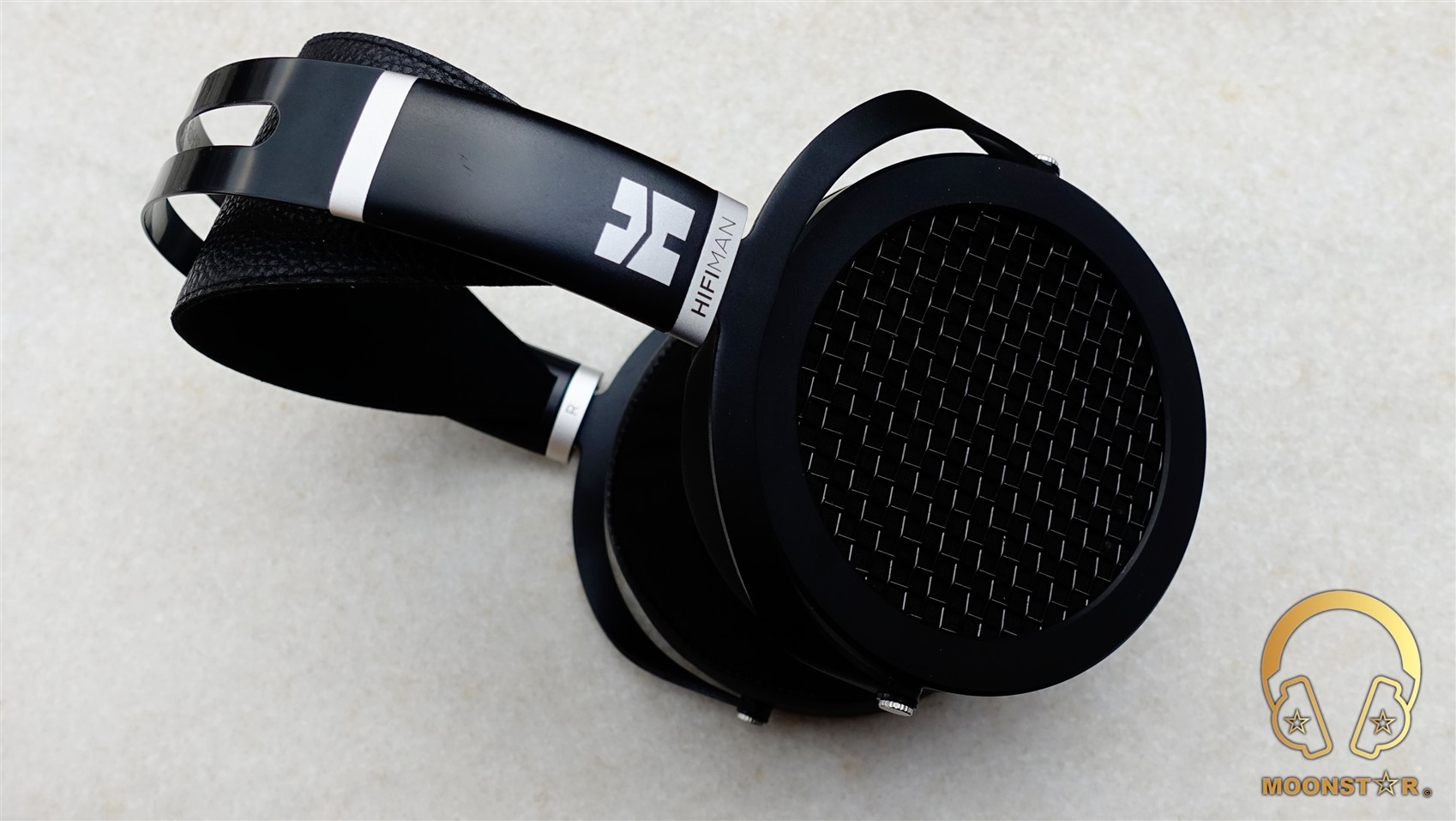 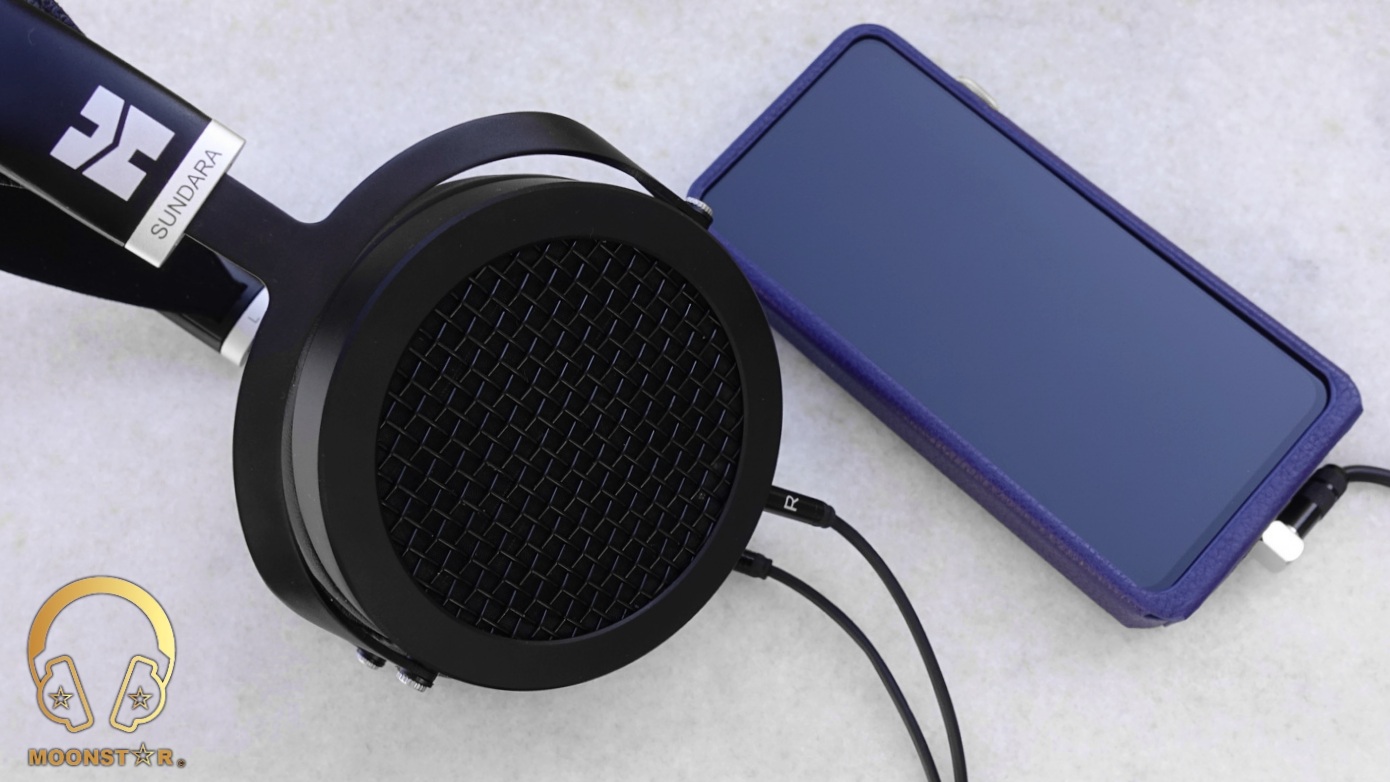 The HiFiMAN Sundara offers a pretty neutral tuning with a tad warmer than neutral tonality. The overall detail retrieval, speed and sense of space are very impressive for a headphone at this price range. It sounds very well with genres like classical music, jazz, soul, rock or metal music, while it doesn’t sounds that spectacular if you do listen mainly to genres like RnB, Hip-Hop or Electronic music like EDM, Trance, etc. 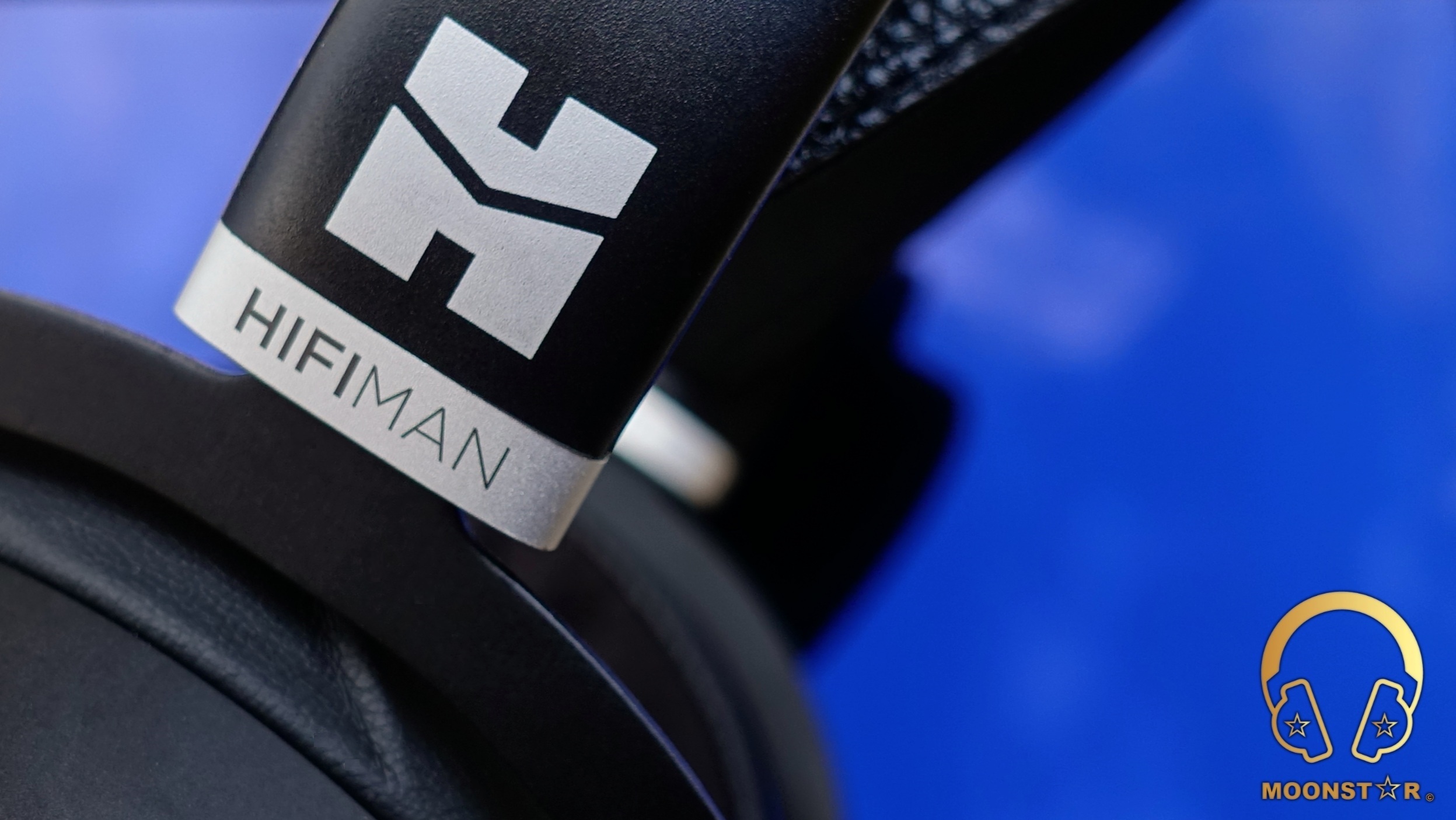 HiFiMAN Sundara is an open-back headphone that features a Planar Magnetic Driver, so you shouldn’t expect an ear shaking and rumbling subbass presentation. The subbass region of the Sundara sounds very transparent, crystal clear and detailed. The decay is fast, while it is reproduced with a great sense of authority rather than quantity.

The midbass region of the HiFiMAN Sundara is more highlighted compared to the subbass region, which is quite natural for an open-back headphone. It adds the overall presentation a nice sense of body and warmth that avoids a dry or too analytical and lifeless presentation.

The midbass region of the Sundara shows a good sense of depth and intensity and sounds highly controlled when I do listen to complex passages in genres like metal music to jazz music. Instruments such like guitars are reproduced with a natural sense of body and fullness, while kick or snare drums do sounds fairly tight and musical.

The HiFiMAN Sunrada shows a pretty linear bass response that stands out with its speed, control, resolution and naturalness and doesn’t shows any negative situation like muddies, mixings or a midbass hump. 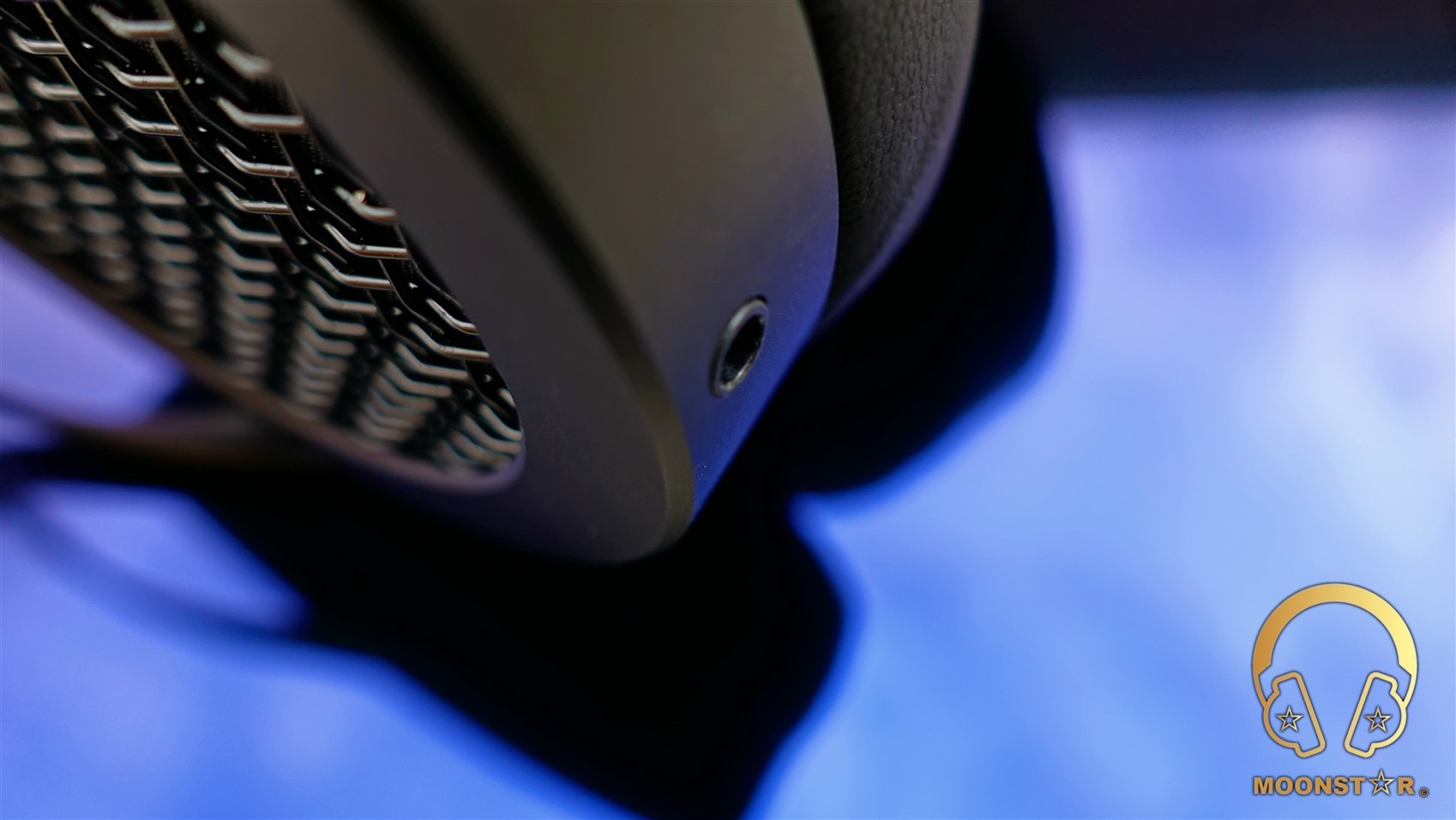 The HiFiMAN Sundara offers a highly transparent and airy midrange presentation with great level of detail retrieval thanks to its open-back design and pretty well tuned Planar Magnetic Driver. The midrange is quite forward oriented and shows a nice breeze of warmth that comes from the lower midrange area and a great sense of clarity and airiness that has been produced in the upper midrange along with the lower treble area.

This midrange tuning of the HiFiMAN Sundara gives the overall presentation a natural sense of musicality and makes both male and female vocals pretty realistic, intimate and very pleasant to listen to.

The lower midrange is slightly less pronounced compared to the upper midrange that shows a moderate amount of depth and intensity. Male vocals form Barry White and Isaac Hayes up to Sting and David Bowie do sound emotional and lifelike.

Female vocals on the other hand are slightly more detailed compared to male voices and are shown with a great level of clarity and naturalness when I do listen to Edith Piaf, Aretha Franklin or Sarah McLachlan. They don’t show any negative situations like sibilance or sharpness.

The HiFiMAN Sundara has a pretty natural instrument tonality and offers a pretty good performance in terms of separation and placement of both instruments and vocals. Instruments such as violins and pianos do have a relative bright tonality without to show any unwanted sharpness, while guitars are mildly warm, transparent and fairly realistic. 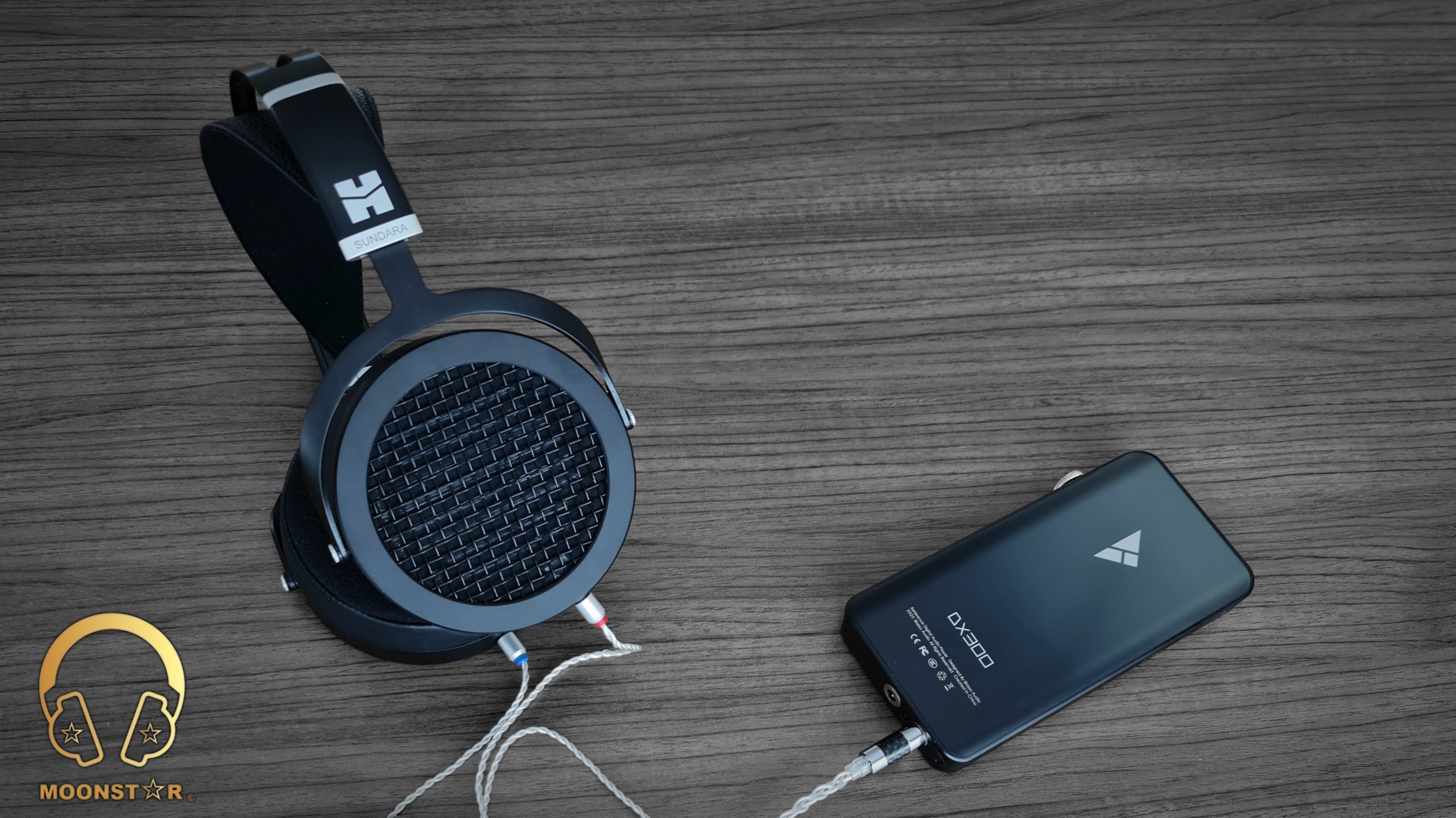 The HiFiMAN Sundara has a fairly soft, transparent and quite balanced upper midrange presentation that is also produced with a good level of extension and detail retrieval. The upper midrange transitions are in general quite controlled, especially in moments when instruments cymbals, drums and guitars do play with high distortion.

The treble range of the Sundara shows energetic, bright tonality and offers a good level of extension, without to be sibilant or sharp when I do listen to treble intensive passages with lots of instruments.

The lower treble region is able to produce a good amount of clarity and while listen to instruments and female vocals. Instruments such as hi-hat’s are slightly in the background but are shown with pretty distinctive hits, while crash cymbals are in general fairly controlled.

The upper treble region of the HiFiMAN Sundara shows a good sense of airiness and sparkle when I do listen to treble intensive instruments. Everting from snare to kick drums from side flutes to clarinets sounds pretty crisp, clear and detailed.

The Sundara offers in general an above average treble performance that easily fulfills my expectation from a headphone below the 500 USD price range. 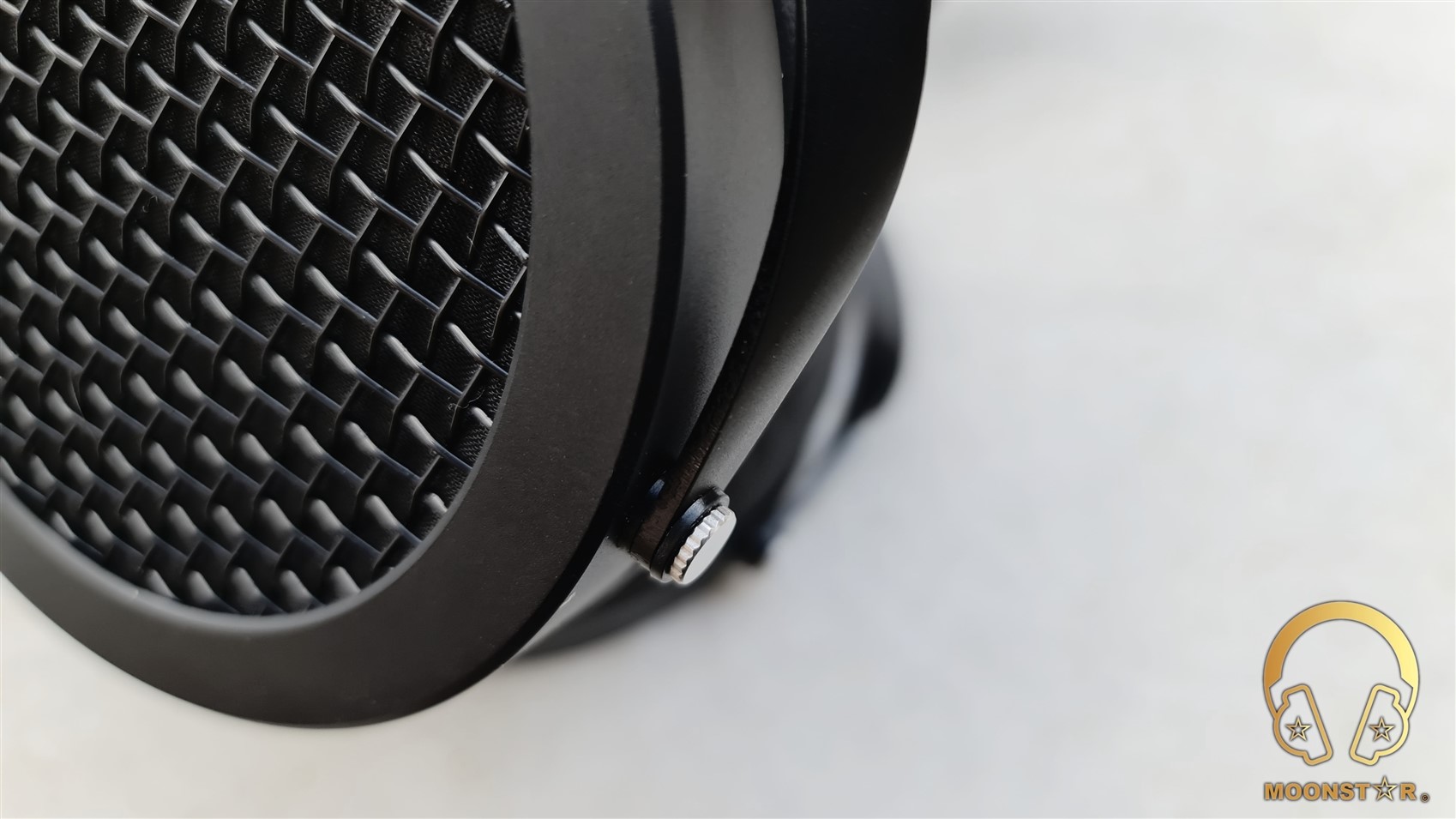 The HiFiMAN Sundara has a pretty expansive soundstage thanks to its open back design and well-tuned planar driver; the result is an excellent imaging and separation of instruments and vocals. The soundstage of the Sundara shows an excellent performance in terms of wideness, while the sense of depth is on a moderate level for an open-back headphone.

Both the SIVGA P-II and HiFiMAN Sundara are planar headphones with an open-back design. The P-II is heavier compared to the Sundara that feels quite lightweight in direct comparison. However, the P-II is the headphone with the better overall build quality. The ear pads of the both headphones are quite comfortable, while the Sundara has the slightly edge with its lower headband pressure and lightweight design.

The SIVGA P-II has a warmer tonality with higher sense of fullness, compared to the HiFiMAN Sundara, which shows a more neutral character.

The P-II offers more subbass depth and rumble and has also the upper hand in terms of midbass impact and extension. However the Sundara has the slightly edge in terms resolution. Both the SIVGA P-II and the HiFiMAN Sundara are very controlled and fast in the lower frequency region and doesn’t show any unwanted muddiness or mixings.

The midrange of SIVGA P-II sounds in more energetic and shows a warmer tonality. The HiFiMAN Sundara on the other hand has a smoother, more transparent and detailed midrange tuning with better sense of airiness and space. 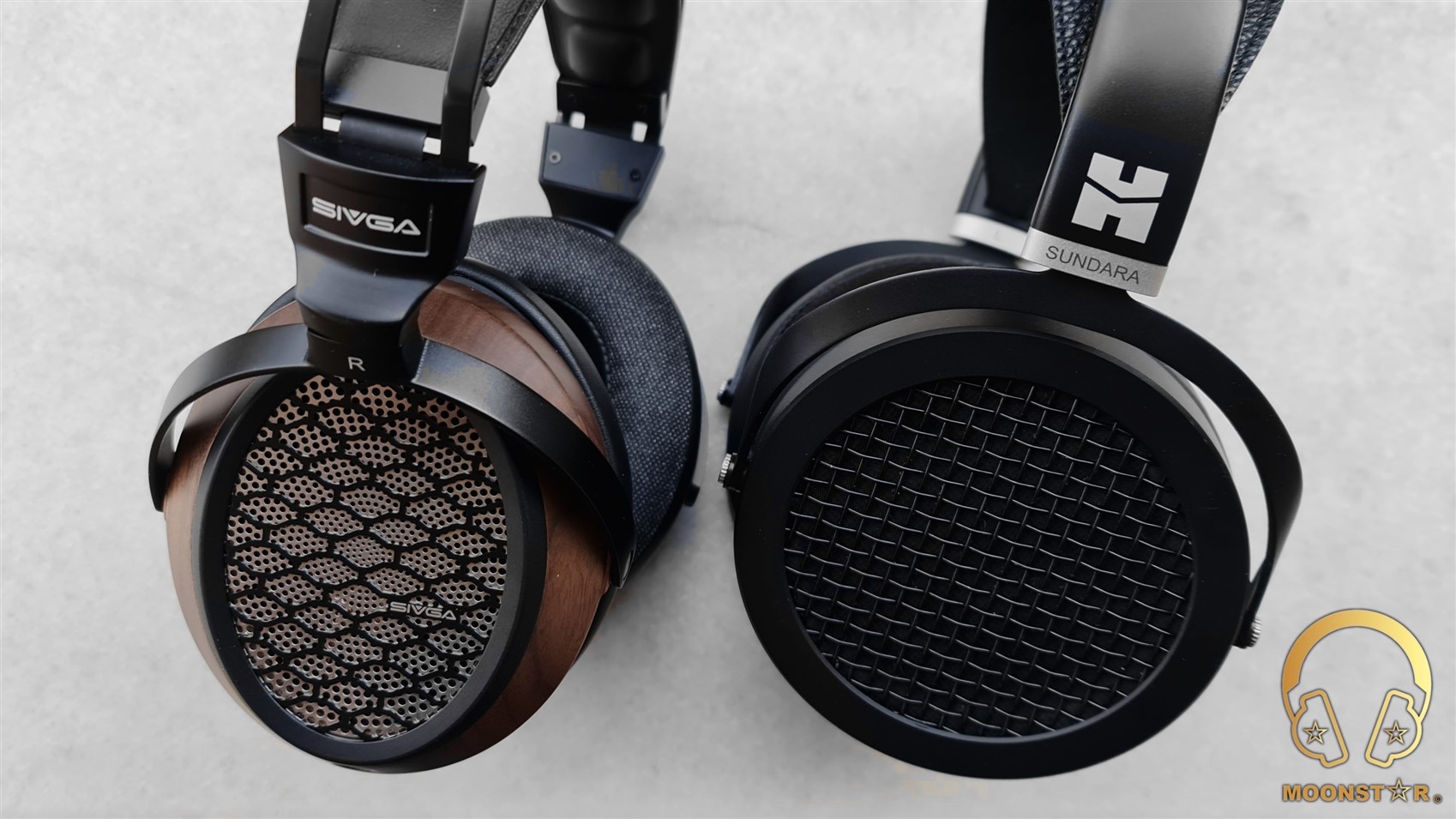 The SIVGA P-II is more successful with male vocals and instruments like acoustic guitars or violas due to its lower midrange character that shows a better sense of depth and body. The HiFiMAN Sundara on the other hand is more successful when it comes to female vocals and instruments like pianos or violins thanks to its upper midrange/lower treble tuning.

The treble range of both headphones is detailed and well pronounced, while the HiFiMAN Sundara shows a more natural tonality with better sense of airiness and sparkle. Moreover, the Sundara has the edge when it comes to treble extension and control.

The HiFiMAN Sundara is superior in terms of soundstage depth, airiness and imaging, while the SIVGA P-II is on par when it comes to the depth of the stage.

The HiFiMAN Sundara is a very comfortable full sized open-back headphone that you can listen for hours without to get tired. Moreover, it looks pretty sexy and offers an impressive sound experience for it price tag, with its natural, detailed and spacious presentation that will for sure highly satisfy you!