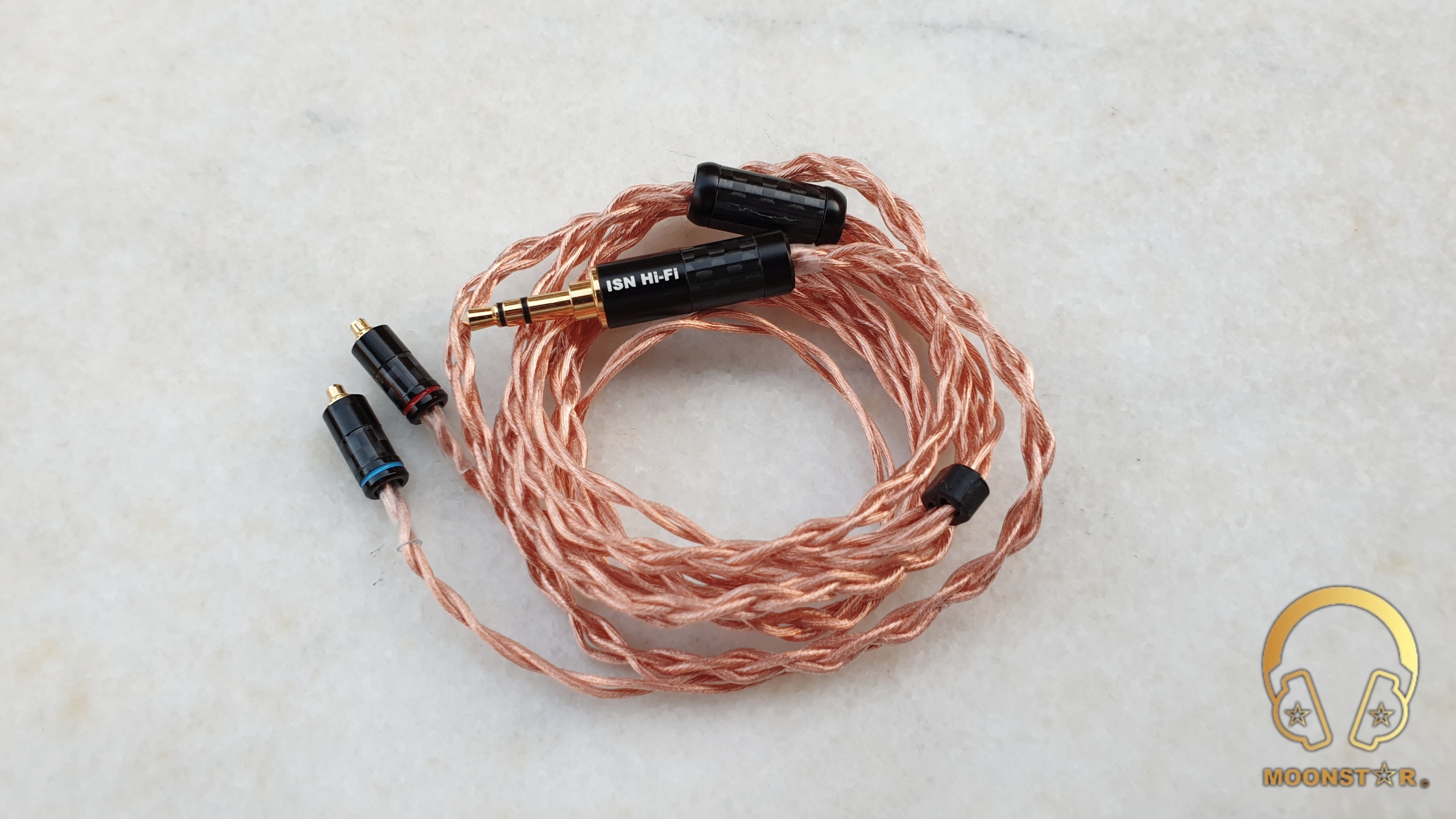 ISN Audio is a relative new Chinese brand that is producing portable audio gears like Earbuds, In-Ear Monitors and Cables.

The ISN Audio C4 is a 4 core Single Crystal Copper upgrade cable with 63 strands and 252 wire conductors in total.

I would like to thank ISN Audio for providing me the C4 Upgrade Cable sample via Penon Audio for review purposes. I am not affiliated with ISN Audio and Penon Audio beyond this review and these words reflect my true and unaltered opinions about the product.

The ISN Audio C4 upgrade is available for 59,90 USD with MMCX and 2-Pin connectors. You have also the option to choose one of the 3.5mm unbalanced, 2.5mm balanced and 4.4mm Balanced (+1,00 USD) headphone plug. 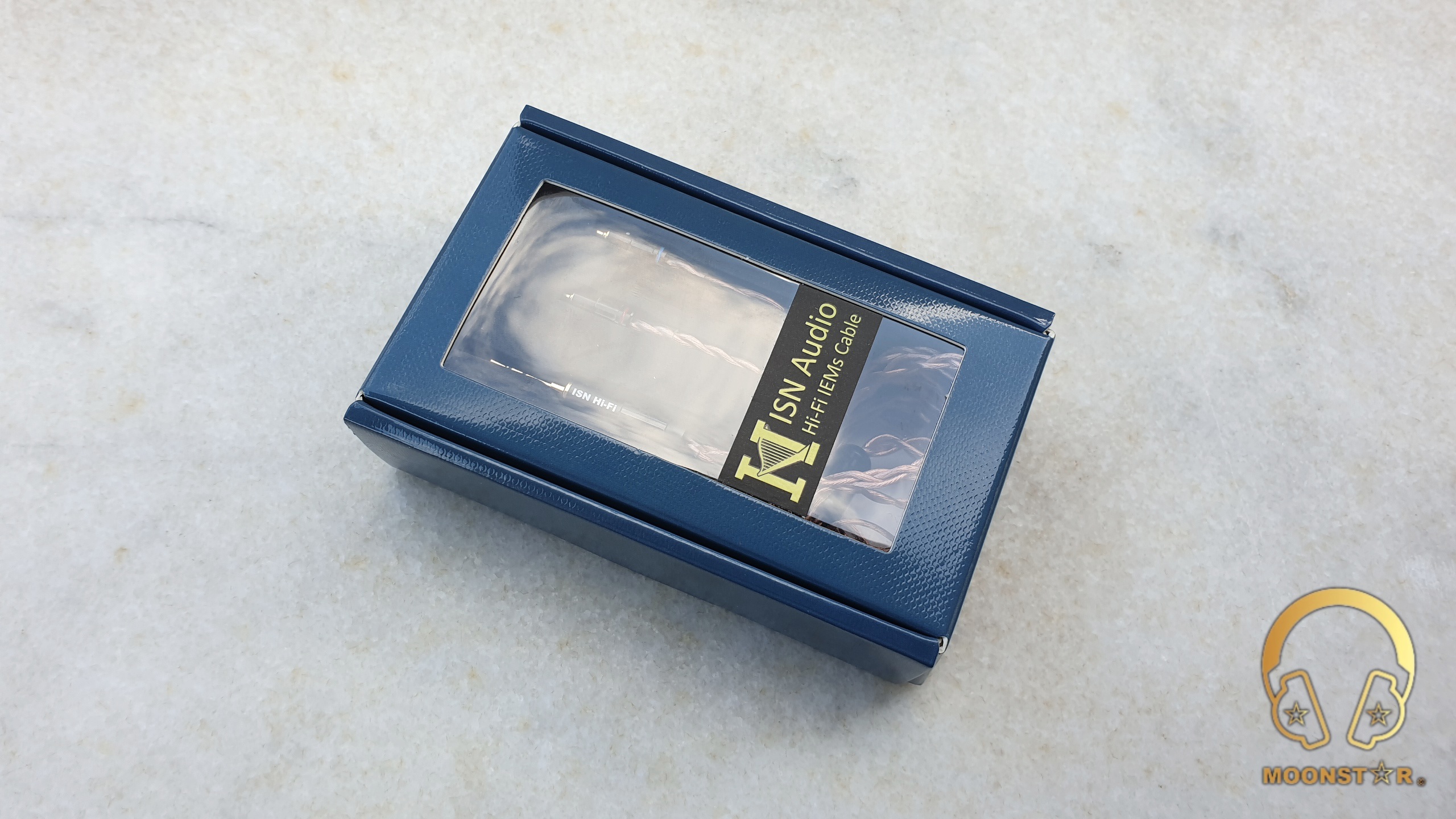 The box is containing the following items:

The ISN Audio C4 is one of the entry level upgrade cables of the company that is made of Single Crystal Copper wire material. The cable has 4 cores and each core has 63 strands which makes 252 conductor wires in total. The total length of the cable is about 1.2 meter and looks pretty good in terms of craftsmanship.

The cable has a soft plastic insulation with a fairly low amount of micro-phonic effect which is in my opinion on an acceptable level. 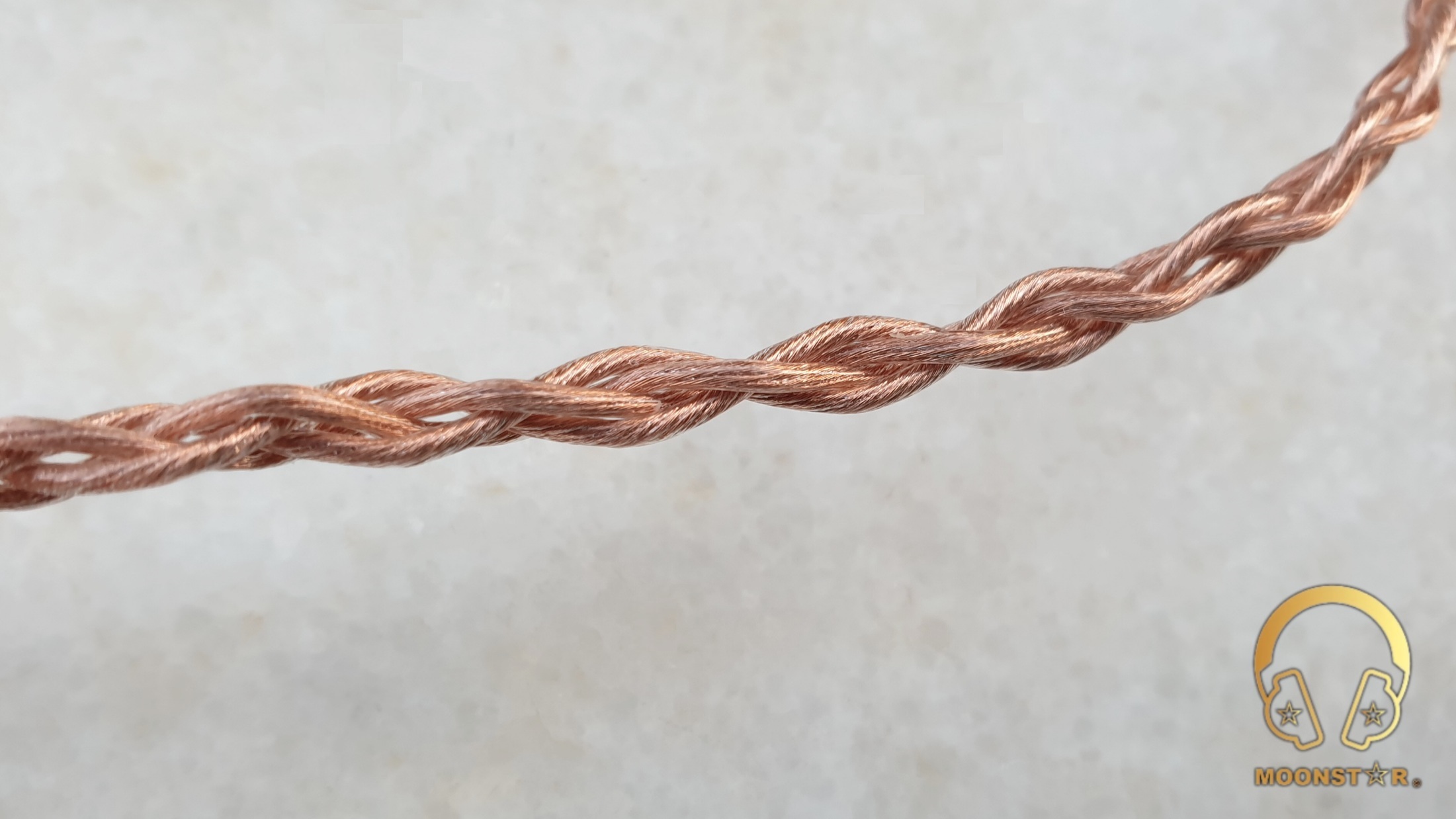 The C4 is available in two connector options, which are the MMCX (Micro Miniature Coaxial) and the 2-Pin (0.78mm) variant with male connectors. 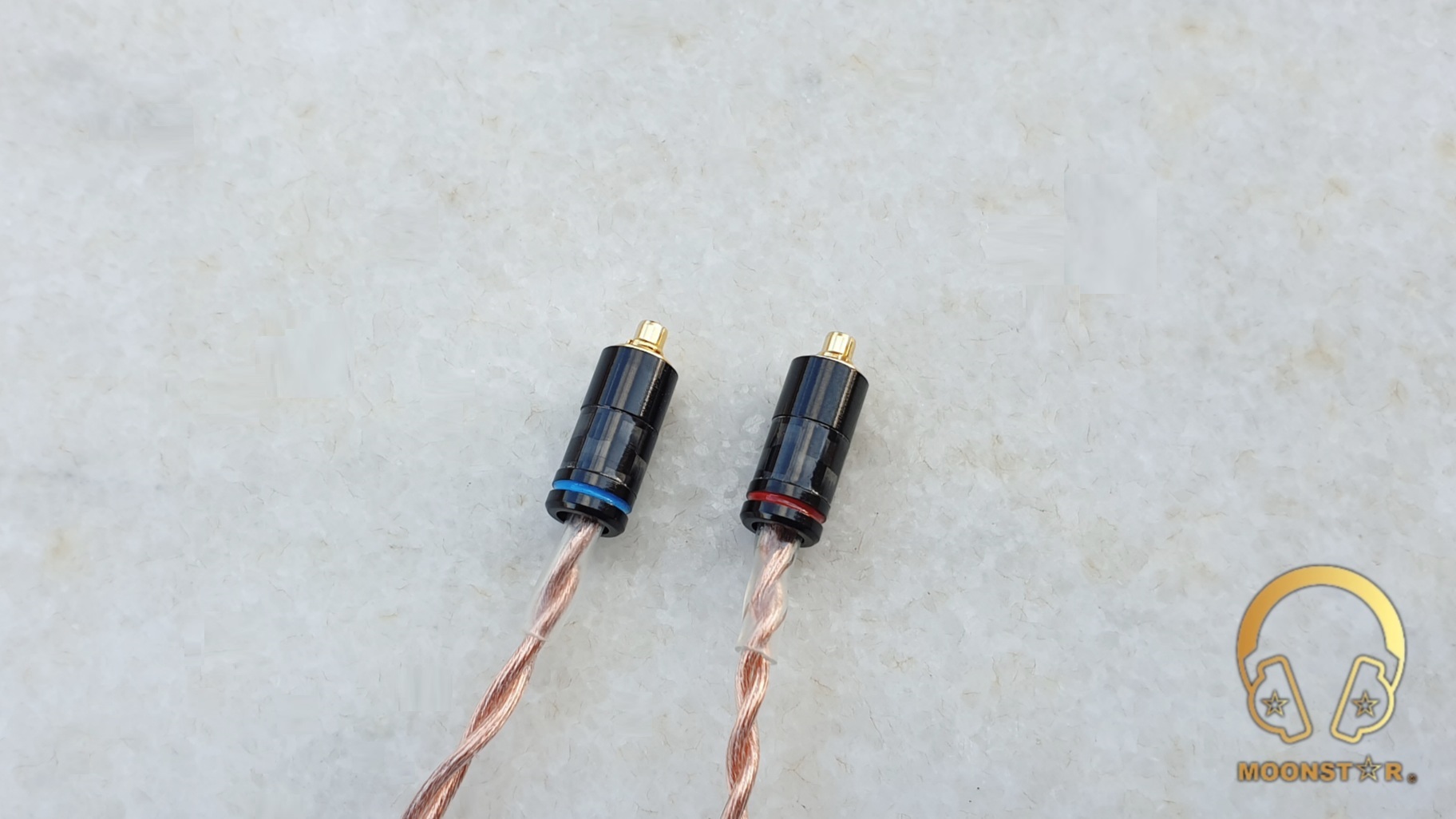 Both connectors do features transparent plastic strain relieves to protect the connectors from damages. 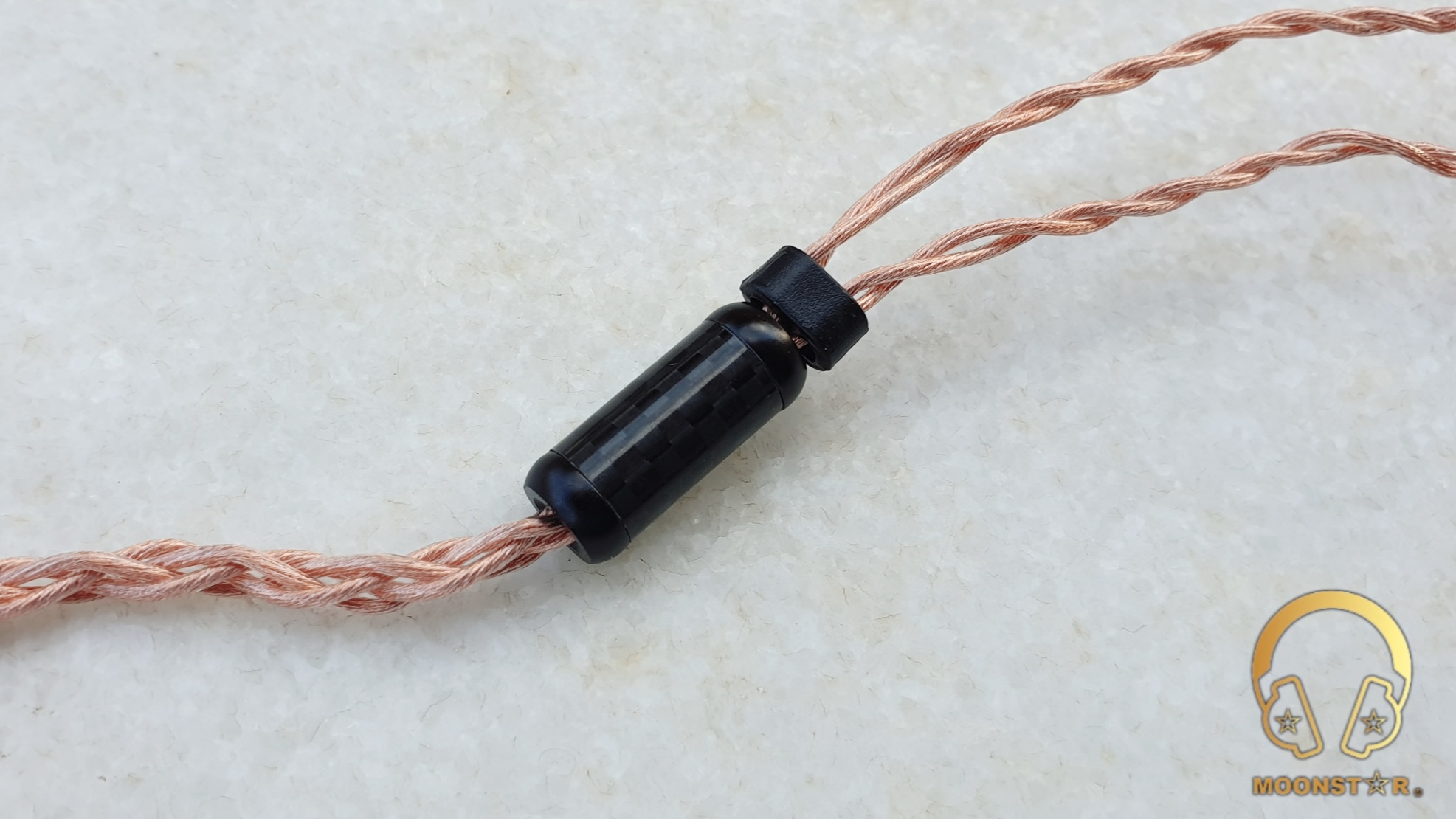 The headphone jack is straight profiled and has a stylish looking housing with carbon fiber effect. The headphone plug is available in the 3.5mm unbalanced, 2.5mm balanced (TRRS) and 4.4mm balanced variants. 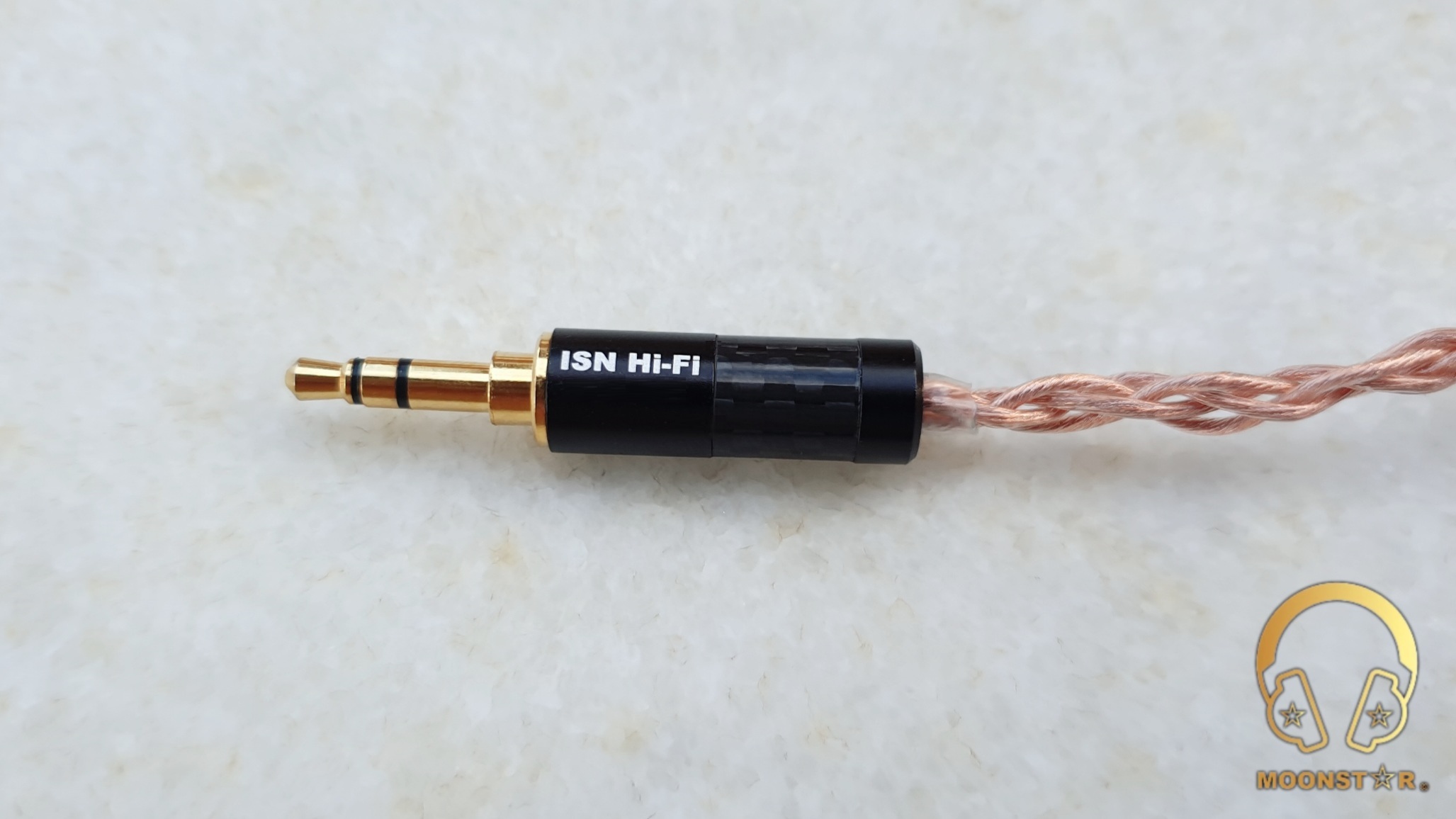 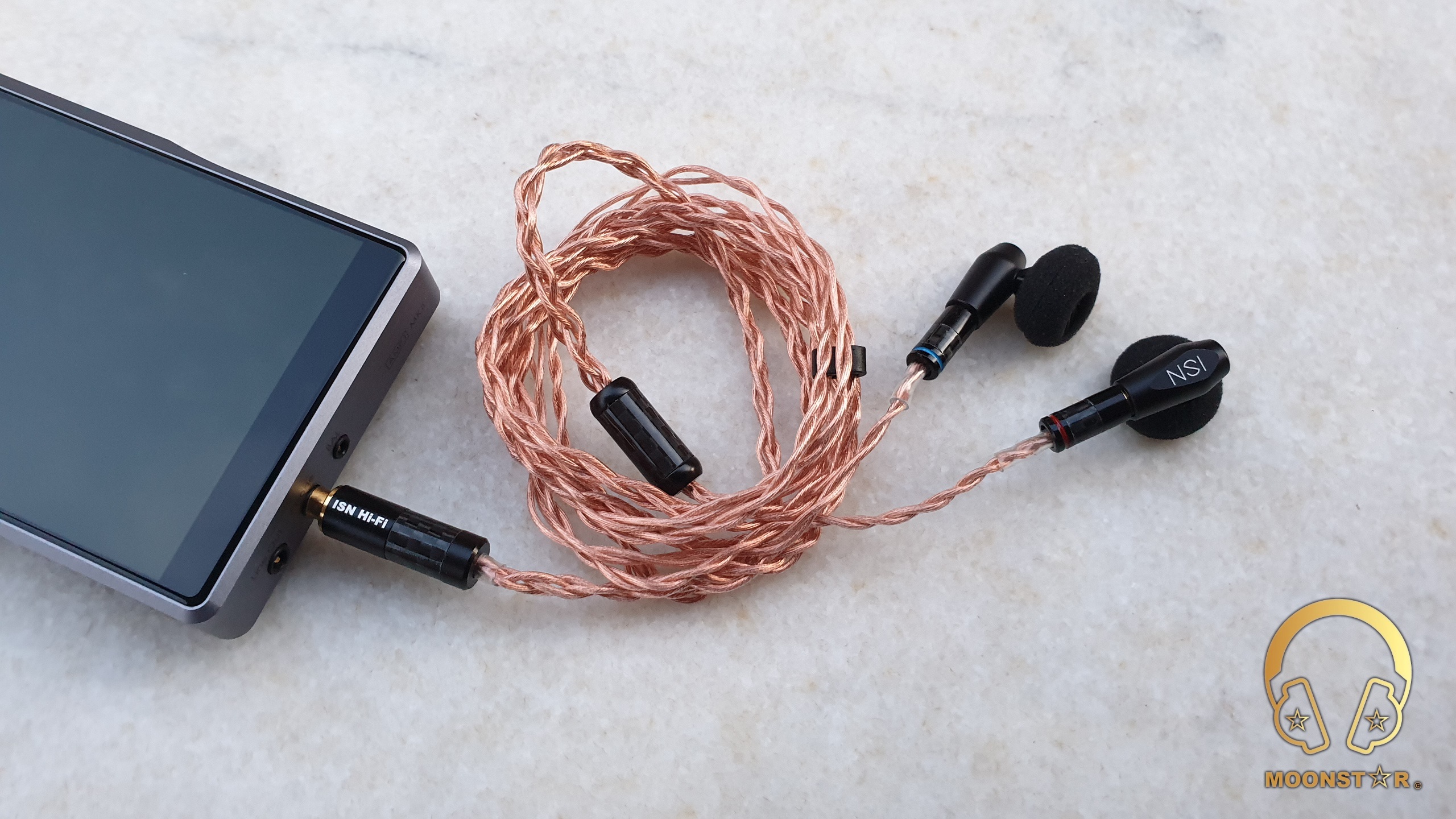 I have tested the ISN Audio C4 upgrade cable with my ISN Audio Rambo II earbud, Final Audio E4000 and Brainwavz B200 In-Ear Monitor to hear the changes and improvements compared to their stock cables. 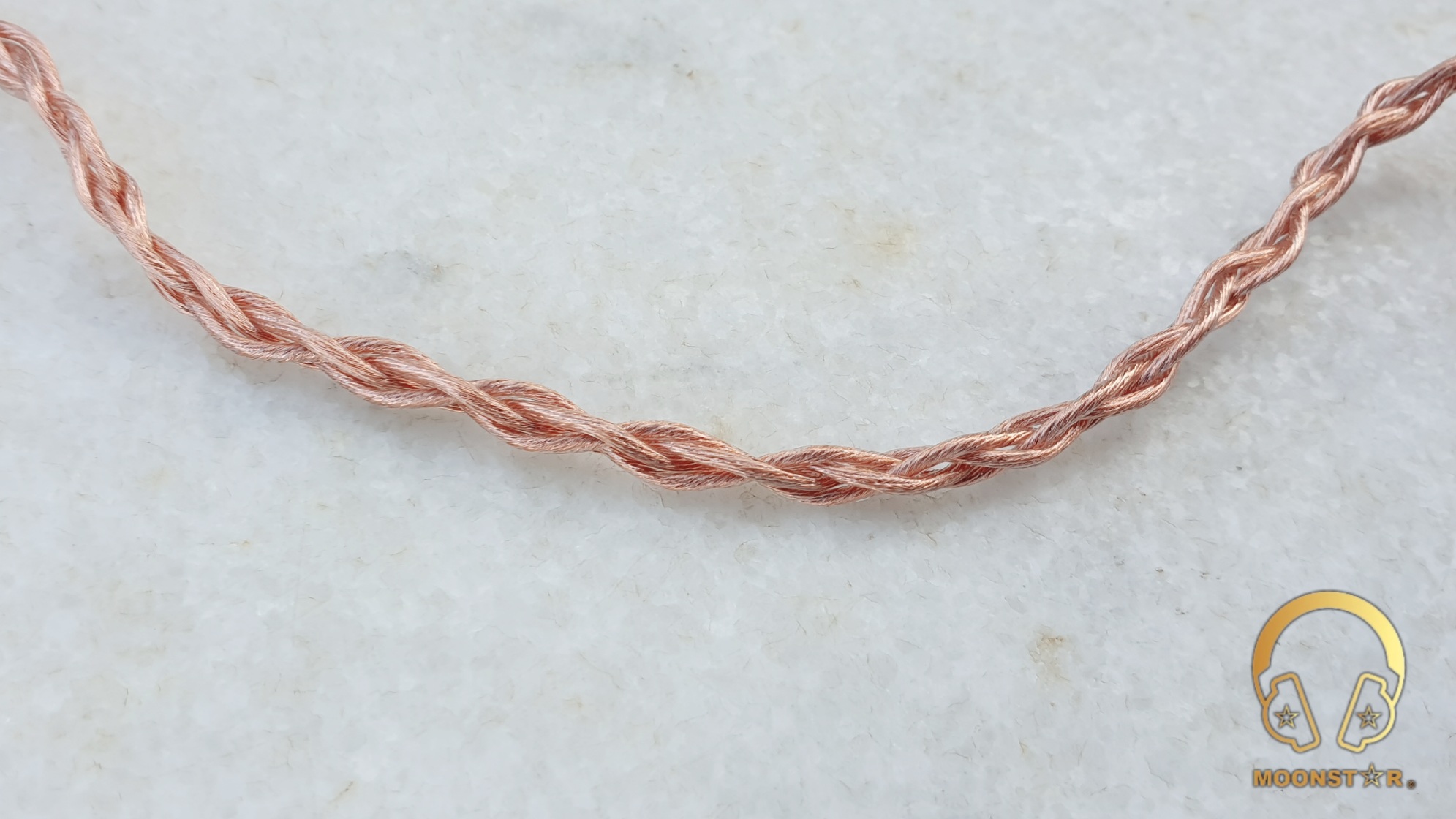 The ISN Audio C4 is made of Single Crystal Copper material which means that the most audible difference will be occur in the lower frequency region like with most pure cooper cables.

When I connected the Brainwavz B200 and Final Audio E4000 with the C4 upgrade cable I have noticed that the subbass region has shown slightly more depth and intensity compared to their stock cable, while the difference in this area was less noticeable with the ISN Audio Rambo II due to the nature of an earbud.

The ISN Audio C4 gives the midbass region some additional body, depth and extension. For example, the ISN Audio Rambo II and Brainwavz B200 showed a remarkable amount of additional fullness and midbass depth compared to their stock cables, while the difference with the E4000 was less audible. Especially instruments like snare drums or acoustic guitars do benefit from this small but fairly noticeable improvement. 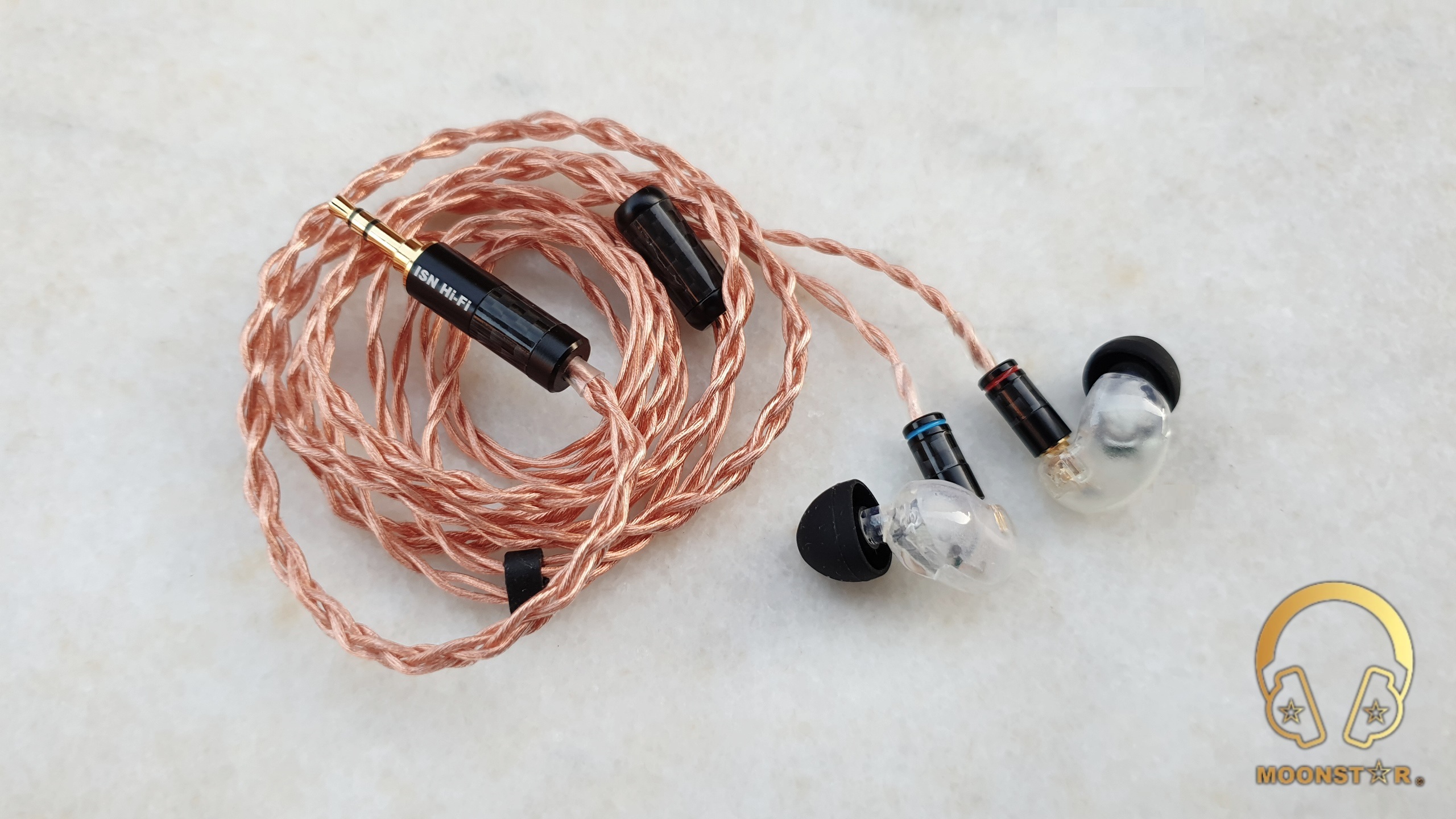 The ISN Audio C4 shows the most audible midrange improvement in the lower midrange area. The ISN Audio C4 gives slightly more body, depth and extension to the midrange which was fairly audible with the Brainwavz B200 and Rambo II earbud, while the Final Audio E4000 has shown a less audible difference.

Male vocals do sound fuller and more intimate while female vocals have got a slightly sweeter tonality. Instruments like hi-hats, snare drums or electro guitars on the other hand have better depth and extension without to show any additional side effects like to sound muffled. 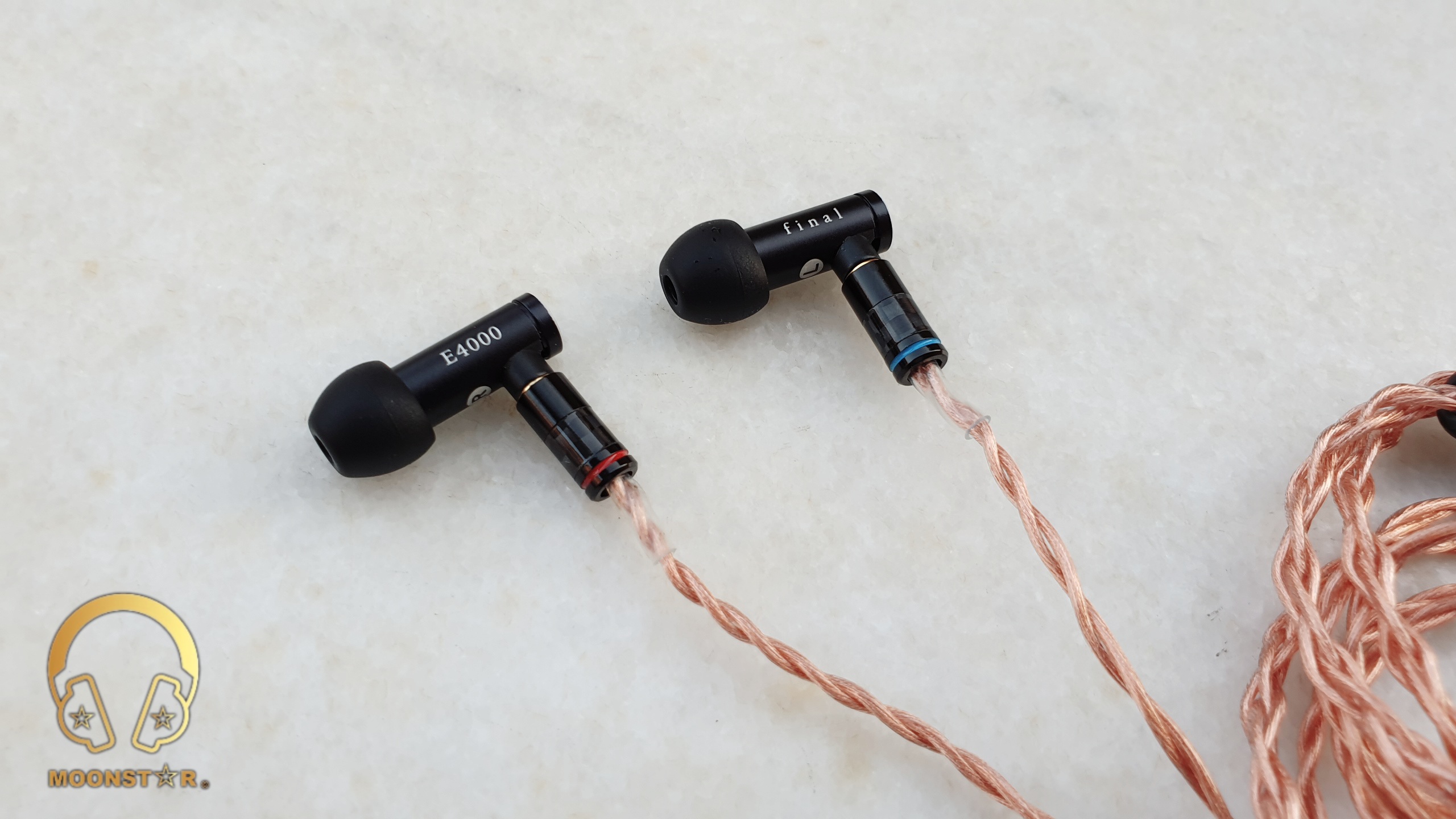 The treble extension and brightness remained unchanged while some audible changes happened to treble intensive instruments like cymbals, kick drums or soprano voices that have been smoothed especially with the B200 and Rambo II. The treble notes do sound slightly thicker and while the rendered air remains almost the same.

The soundstage performance of all three earphones remained unchanged.

The ISN Audio C4 is a nice looking 4 core Single Crystal Copper upgrade cable that offers fairly audible sound improvements. It improves the subass depth and midbass intensity, adds a nice fullness and sweetness to the midrange without to affect the overall clarity, and smoothes out the treble region without to scale down the overall sparkle and airiness of this region. All those slightly but pretty audible improvements are afforded for a pretty reasonable price.