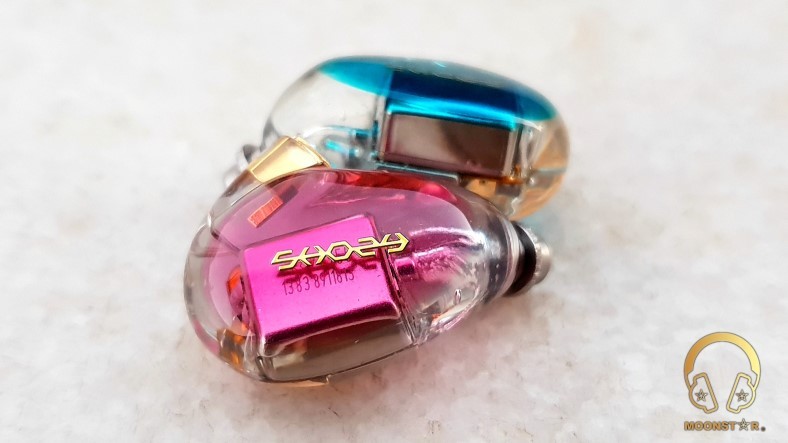 SHOZY was formed by an experienced engineering and designing team to offer exquisite products of exceptional design, build and sound quality. The team has been researching into acoustic design, circuitry design and material implementations and has released some very popular products such as the SHOZY Alien Digital Audio Player, SHOZY Magic DAC, SHOZY BK earbud or In-Ear Monitors such as the SHOZY Zero and Hibiki.

The Neo CP and Neo BG are the new eye candies of this company, from that I want review the Neo CP for you.

The SHOZY Neo CP In-Ear Monitor was provided to me by the company SHOZY via Penon Audio for review purposes. I am not affiliated with SHOZY or Penon Audio beyond this review and these words reflect my true and unaltered opinions about the product.

The MSRP price for the SHOZY Neo CP IEM is 165,00 USD and can be purchased under the following link.

The SHOZY Neo CP is coming in a grey cardboard box, which sports the CP model Branding in green color and on the Back of the box are some technical details about the SHOZY Neo CP In-Ear Monitor. 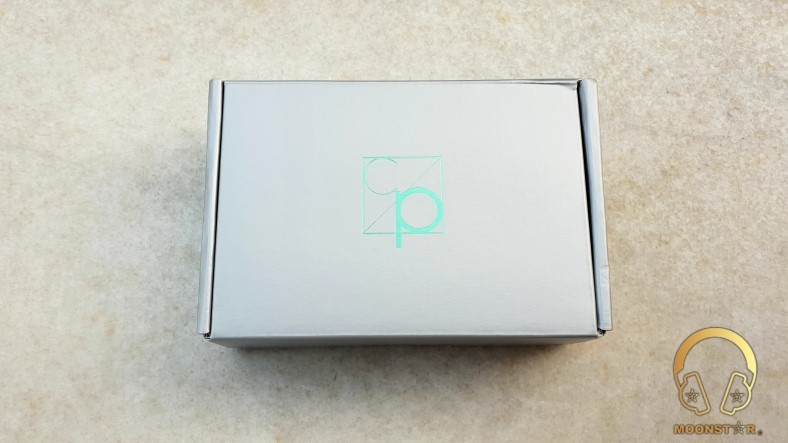 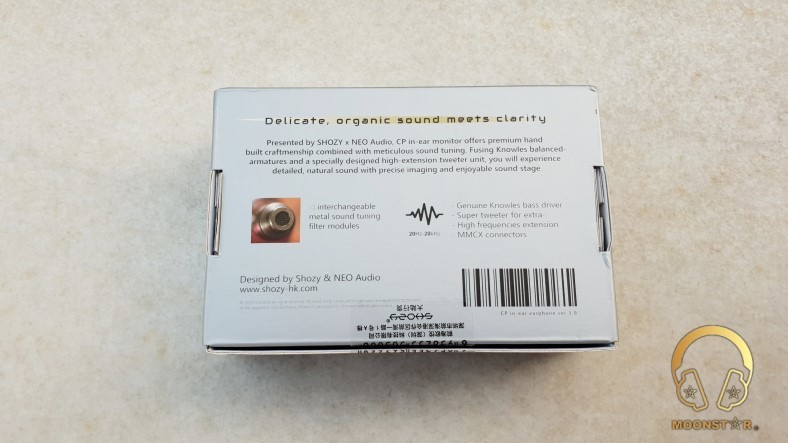 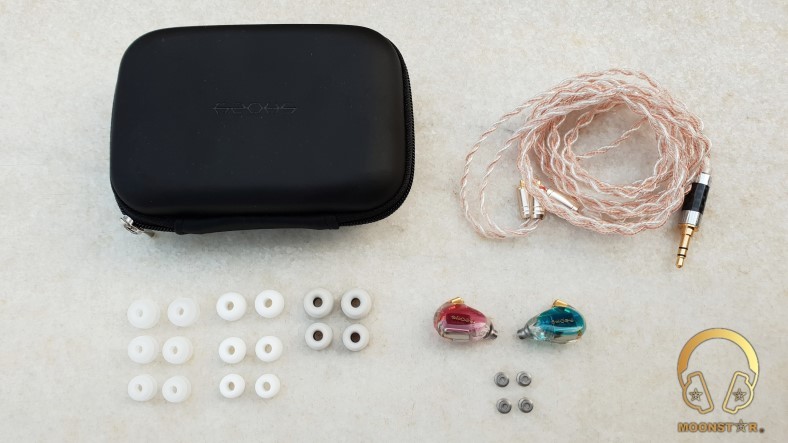 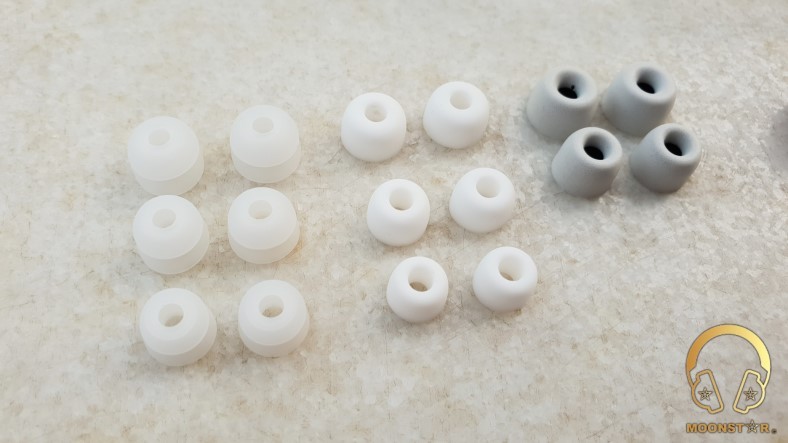 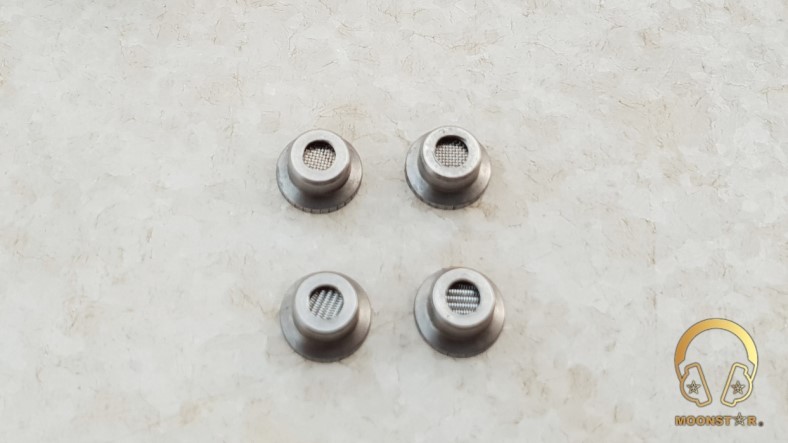 The SHOZY Neo CP is an In-Ear Monitor with 3 Balanced Armature drivers and 3 channel crossover design. 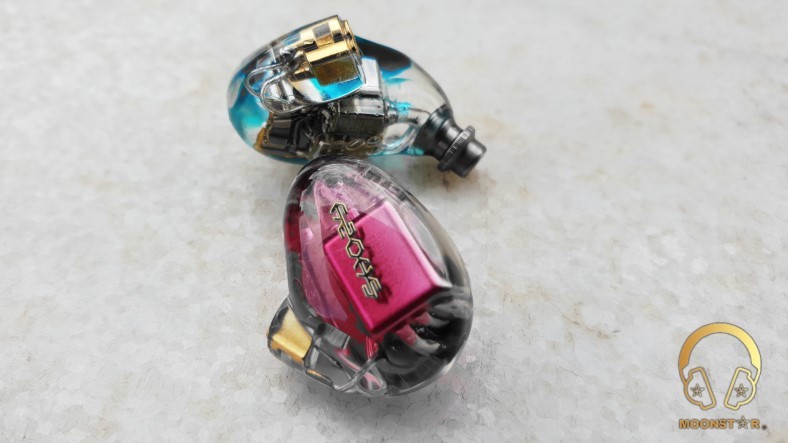 When it comes to the build quality and design, I can confirm that the Neo CP is a nicely built In-Ear Monitor with a beautiful design which reminds me to those of a small candy.

The main body of the monitor shell is made of transparent acrylic material, while the right monitor shell has a pink and the right side a blue tint on the top along with the SHOZY logo. 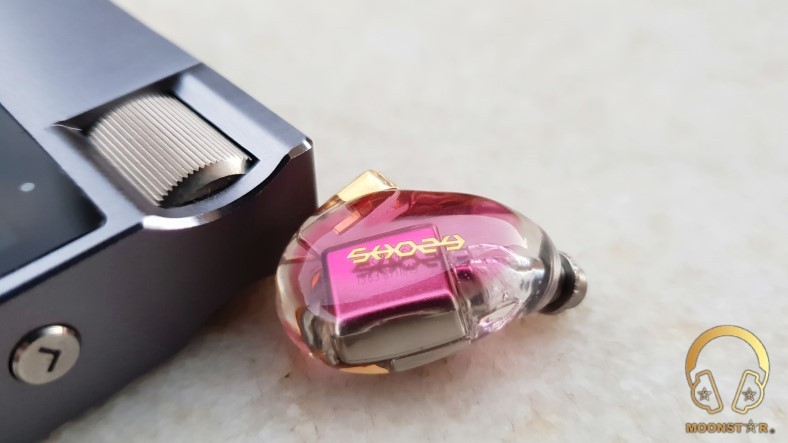 The sound Nozzle of the Neo CP is angled (approx 45 degree) and is made of metal. There is a screwable filter with a mesh on the top of the nozzle that is available in two variants to fine tune the sound. 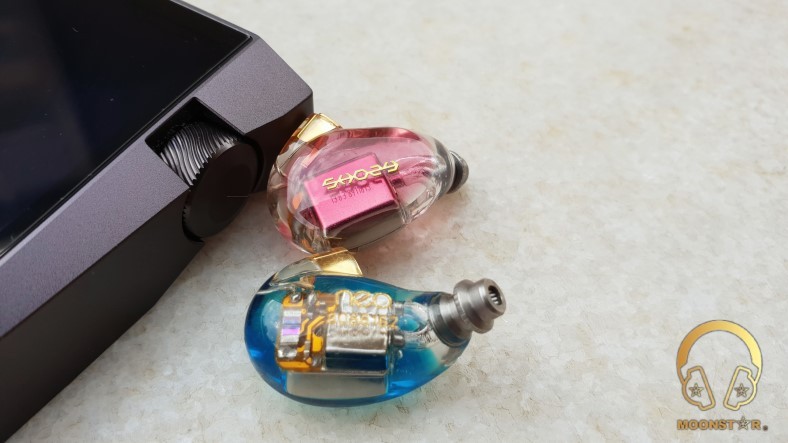 On the Top of this monitor is the MMCX (Micro Miniature Coaxial) female connector which has a gold color. 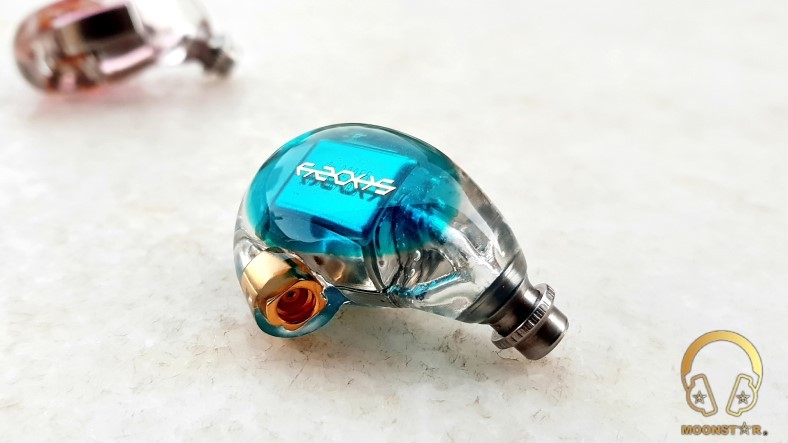 On the back side of the monitor shell is the “Neo” Branding and serial number of the monitor in golden color. From here you can see the inner components like the BA drivers, sound pipes and cablings, which looks pretty nice. 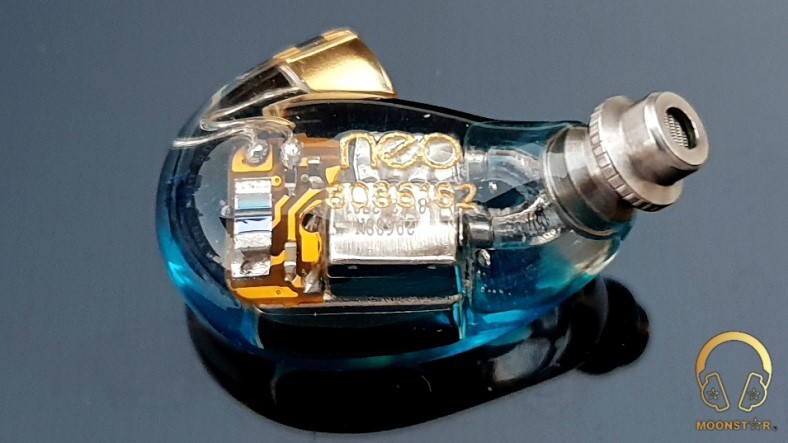 The cable that comes with the SHOZY Neo CP has a nice twisted profile and is made of a 4 core hybrid wire material (SPC + Copper), which has a soft transparent TPU coating. 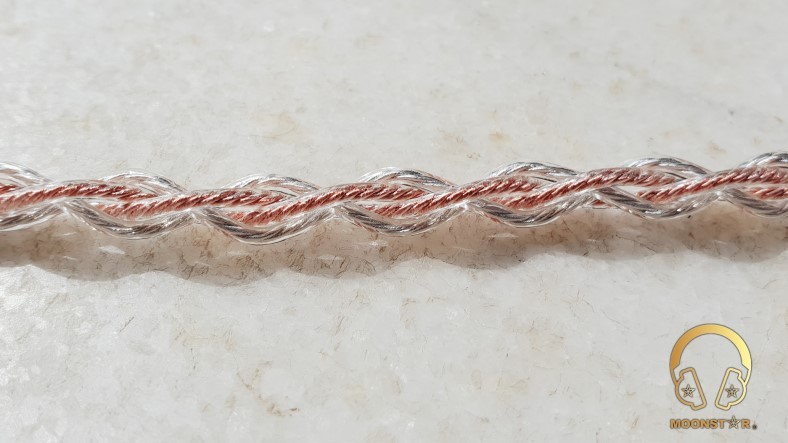 The MMXC male connectors have metal housing with plastic rings in red for right and gold for left indication. 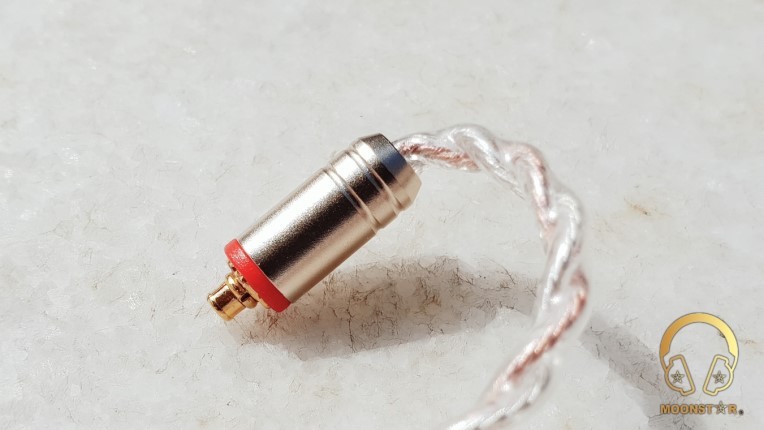 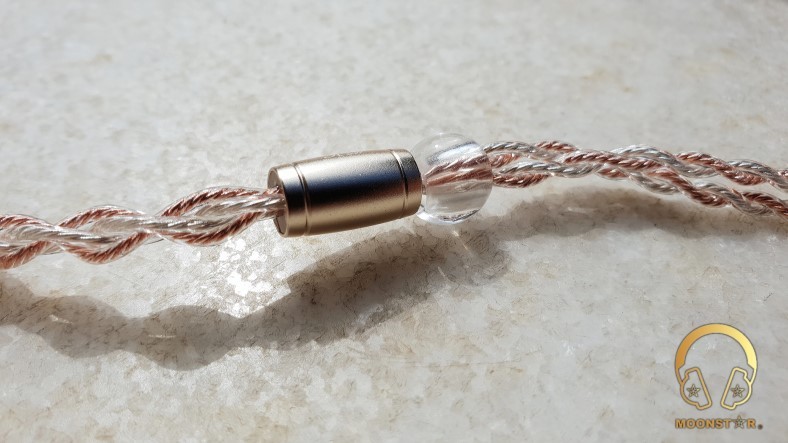 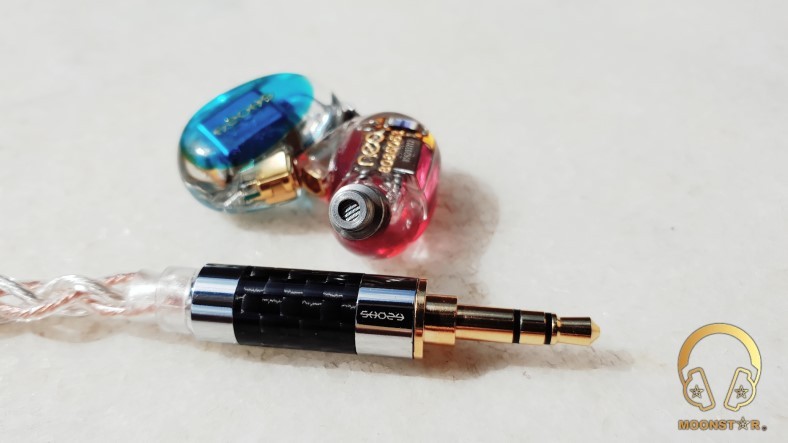 The monitor housing is pretty small, comfortable and ideal for wearing this IEM for long listening periods, while the performance in terms of isolation is on an average level. 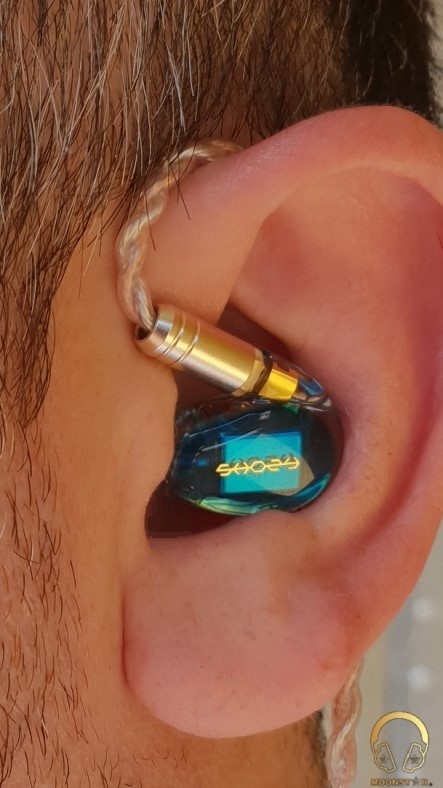 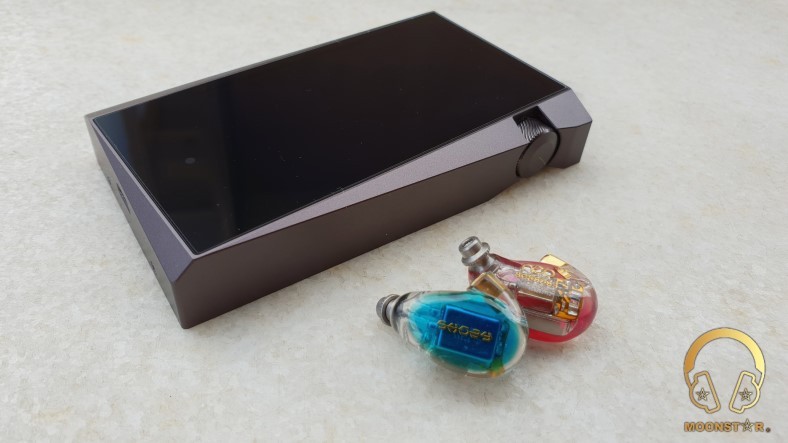 The Shozy Neo CP is a slightly warmer than neutral sounding In-Ear Monitor with an upfront midrange presentation, which is musical and detailed. The bass of this IEM is fast and fairly solid, the upper midrange is lightly pronounced, while the treble is slightly recessed and forgiving.

PS: This review is written after a burn-in process of 70 Hours. I have used the stock double flange ear tips and the standard filter during this review, because the second sound tuning filter was a bit uncontrolled and unnatural in the in the upper midrange. 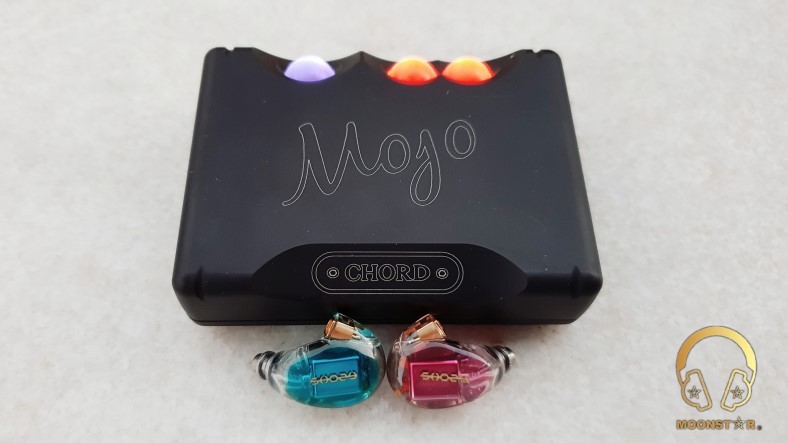 The bass presentation of the SHOZY Neo CP is pretty fast, tight, slightly thick and strong with moderate depth.

The subbass of the Neo CP has sufficient depth for most genres, while the bass has enough quantity, punch and depth to satisfy most users except those who want a performance on a basshead level.

The hits of the bass are mainly concentrated in the midbass region with a character that has more slam than punch. The Neo CP is able to show this slam effect very good in bass heavy tracks, which will satisfy many listeners.

The good thing about the midbass region is that it doesn’t bleeds in to the mids, which could otherwise cause to muddiness of the overall presentation.

Bass guitars have a thick tonality, drums are fast, hitting hard and are pronounced, while artificial basses are well-extended and controlled.

I have found the SHOZY Neo especially good with trance music due to its bass and midrange performance. It is hard to find an IEM that has a bass that doesn’t overshadow the vocal in trance music and can give the bass with all its layers at the same time. 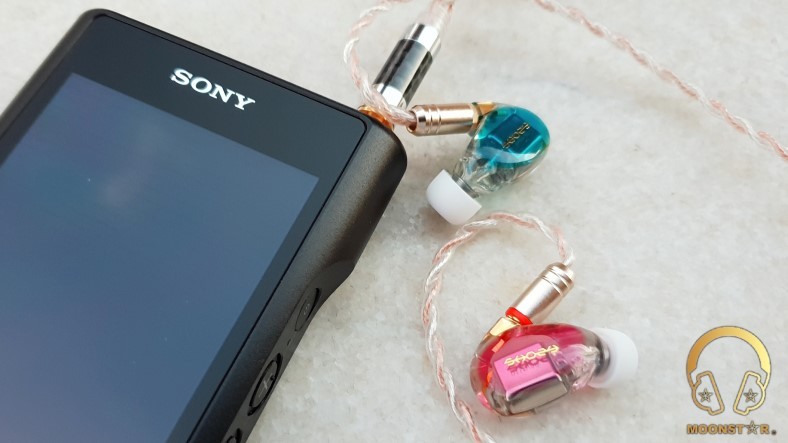 The main focus of the Neo CP is the midrange, which is fairly forward and more detailed than the other frequency regions. Especially those who are listening to acoustic music and like a forward vocal presentation will enjoy the Neo CP.

The SHOZY Neo CP is an ideal IEM for those who like to listen to music for long periods and want a musical, non-fatiguing and full bodied midrange, which is not too bright in its presentation.

The SHOZY Neo CP is with both male and female vocals quite successful. The male vocal performance of the Neo CP is in general very well, with exception of male vocals that need some extra depth.

When it comes to female vocal performance, the SHOZY Neo CP presents a slightly warm, emotional, and lush tonality that I really enjoyed during my listening sessions with the Neo CP. The SHOZY Neo CP is pretty detailed in the presentation of the vocals. Some fine details such as breathing, swallowing, proximity to the microphone are reproduced fairly realistically, which is a notable plus for the Neo CP. 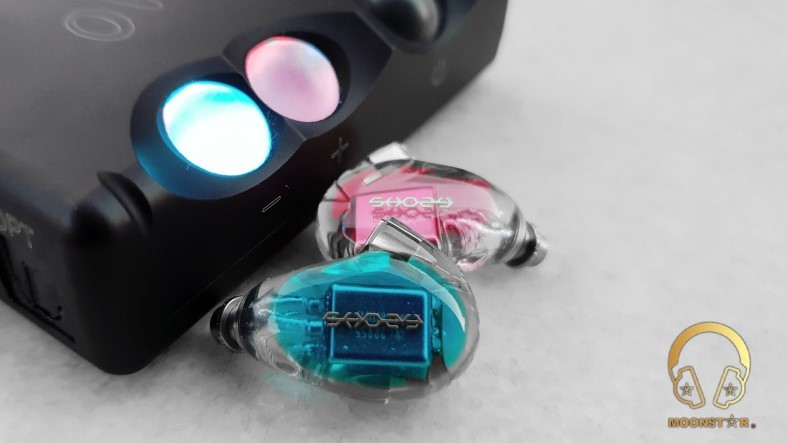 The SHOZY Neo CP gives the instruments a soft and organic timber with to be harsh, which makes the overall instrument presentation of the Neo CP quite enjoyable and fairly realistic.

Instruments such as Guitars, flutes, violins or pianos are sounding pretty natural. For example; Guitars are soft and slightly warmish when they are played at higher notes without to be too harsh, while violins are slightly shiny, soft and with a sweet tonality.

As I have mentioned before, the main attraction of the SHOZY Neo CP is the midrange, while the upper midrange and treble are positioned a bit at the rear of the midrange.

The upper midrange of the Neo CP is showing a transparent, mildly pronounced, soft and slightly warmish presentation.

Due to the slightly pronounced upper midrange, it is possible to hear the details and extensions of the female vocal or instruments such as pianos or flutes, while the extension is a bit short for example with violins.

The SHOZY Neo CP has a fairly warm and pretty soft treble presentation that comes slightly from the background.

The treble of the Neo CP has a bright and clear character and is rolling-off quickly after a peak near the 7 kHz range.

For example, instruments like hi-hats are slightly more in the background than usual, sounding slightly pronounced and showing a short extension. The same situation exists with crash cymbals that have an even shorter extension, which brings me to the conclusion that the SHOZY Neo CP is an IEM with a treble response that is average in terms of quantity and extension.

The treble range of the SHOZY Neo CP is not super detailed but this doesn’t mean that it sounds muddy or lacking in detail and I think that it will satisfy most of the users who are searching for an In-Ear Monitor in this price range. The treble presentation makes the SHOZY Neo CP ideal for long listening periods and to a good option for those who are sensitive to treble brightness. 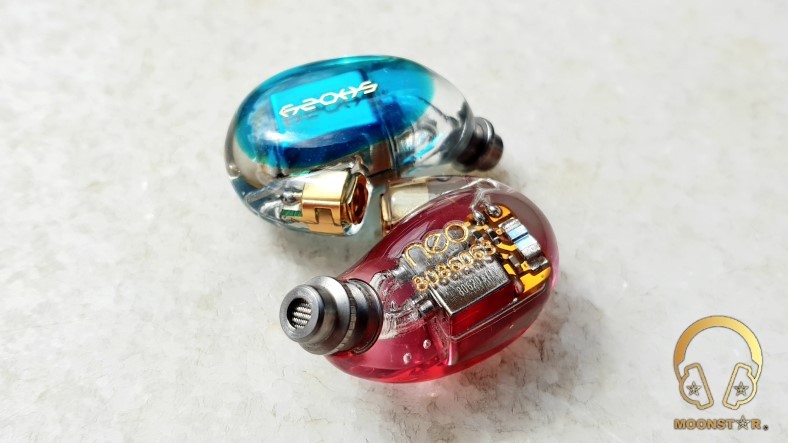 The BRAINWAVZ B400 has a warmer tonality than those of the SHOZY Neo CP, which sounds also more airy than the B400.

Both IEM’s are pretty successful in terms of subbass depth. The BRAINWAVZ B400 has the upper hand in terms of subbass amount and extension, while the SHOZY Neo CP is slightly better in terms of bass speed, control and tightness. The midbass of the Brainwavz B400 are a bit more pronounced than those of the Shozy Neo CP and are showing also more impact.

The BRAINWAVZ B400 and the SHOZY Neo CP are sharing a pretty emotional and lush midrange presentation. The Neo CP has a slightly advantage while presenting female vocals due to the more pronounced upper midrange, while the B400 suits better for male vocals due to its lower midrange tuning, which shows more depth. 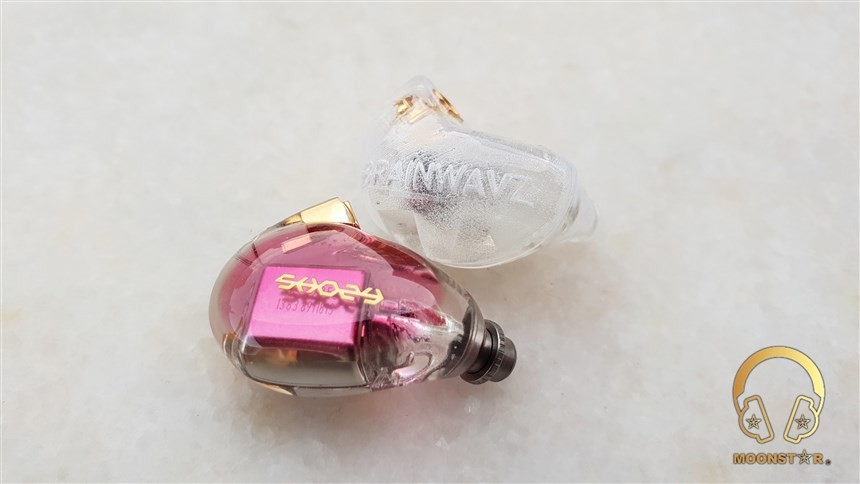 The SHOZY Neo CP is rendering more air between instruments, which makes it more successful in terms of instrument separation and definition transparency.

The upper midrange of the SHOZY Neo CP is superior to the B400 in terms of resolution, extension and emphasis, while the BRAINWAVZ B400 has the upper hand for control in this area.

The treble range of both of those In-Ear Monitors sounds slightly recessed. The Neo CP has better treble extension and emphasis, which makes its overall presentation more airy and spacious than those of the B400. The treble of the B400 is slightly thicker and sounds warmer in this area which makes it ideal for a fatigue free listening periods.

When it comes to the soundstage performance, both In-Ear Monitors are showing a pretty good performance for this price range.  The difference is in the presentation, where the SHOZY Neo CP shows more width and the BRAINWAVZ B400 a little bit more depth. 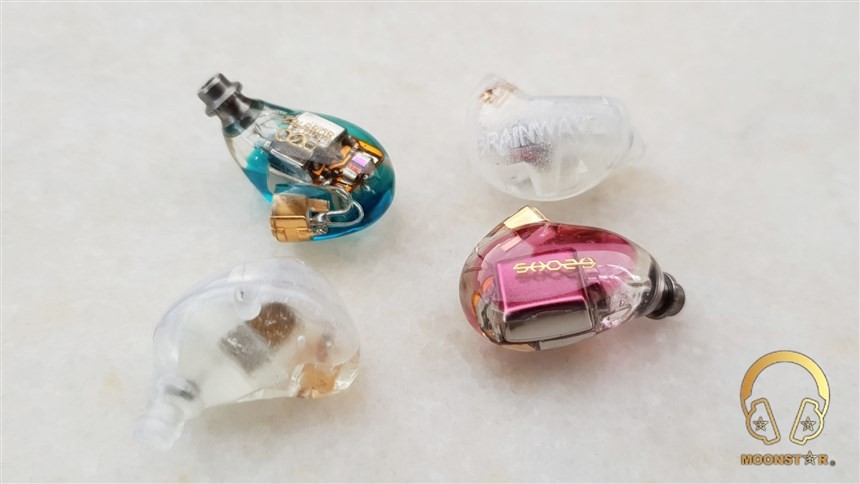 SHOZY’s new In-Ear Monitor the NEO CP is great all-rounder in terms of design, fit and sound quality. If you are treble sensitive listener and are looking for an In-Ear Monitor who has a mid-forward and relaxing presentation, the SHOZY Neo CP should be the ideal choice in this price range. 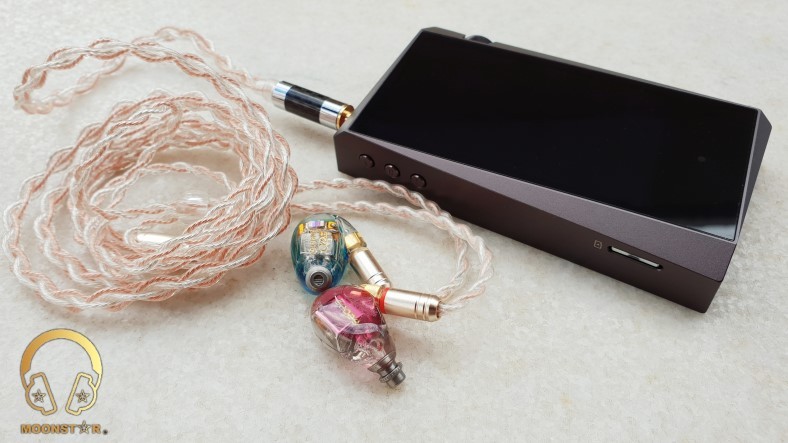