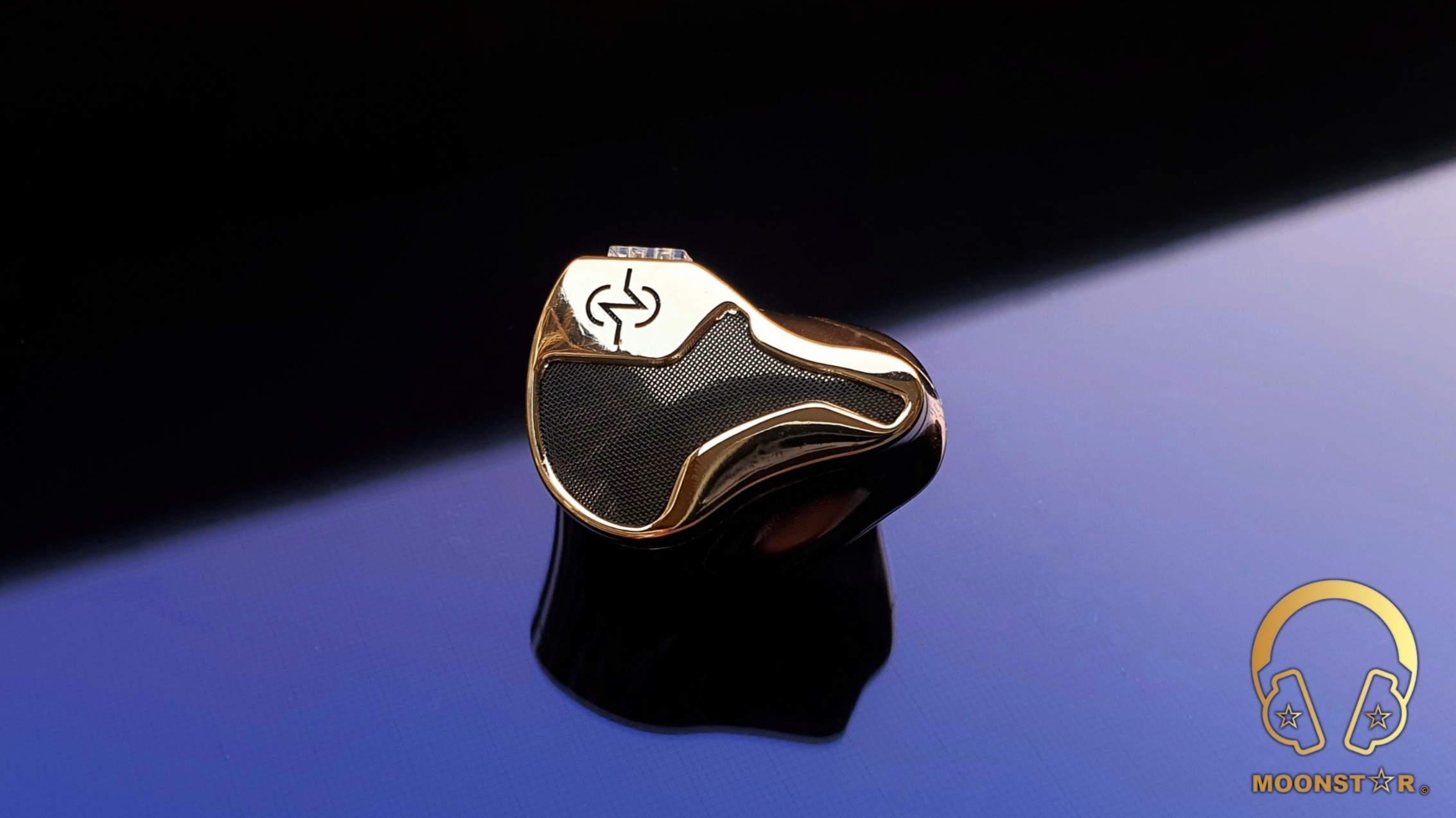 The CCZ Plume that I will now review for you is the flagship IEM of the company that features a Hybrid Driver Configuration with 4x Custom Tuned Balanced Armature Drivers + 1x 10mm Diameter Dual Dynamic Driver per earpiece, which are located inside a CNC machined aluminum alloy monitor shell. The Plume comes with a detachable cable that sports 2-Pin connectors and has a 2.5mm balanced headphone plug that you can convert to 3.5mm Single Ended or 4.4mm Balanced plugs with the Adaptors, which are included in the boz of the product. 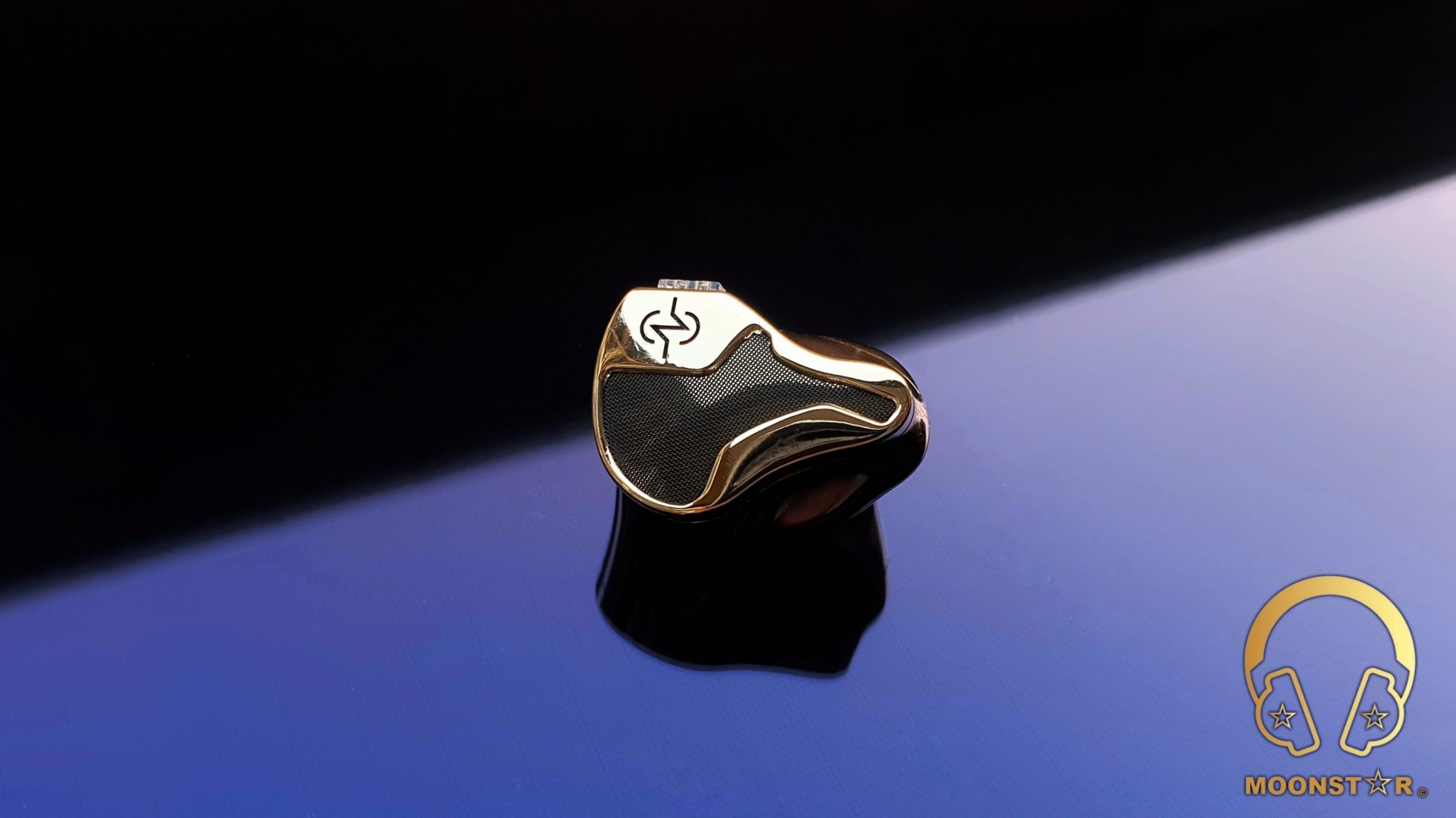 I would like to thank CCZ for providing me Plume In-Ear Monitor sample via KEEPHiFi for review purposes. I am not affiliated with CCZ or KEEPHiFi beyond this review and these words reflect my true, unaltered opinions about the product.

The actual price for the CCZ Plume is about $199,00 USD. More information’s can be found under the link below;

The CCZ Plume came in a black box that was wrapped with a yellowish cardboard sleeve that has some artistic paintings on the top and some product related details at the rear side. 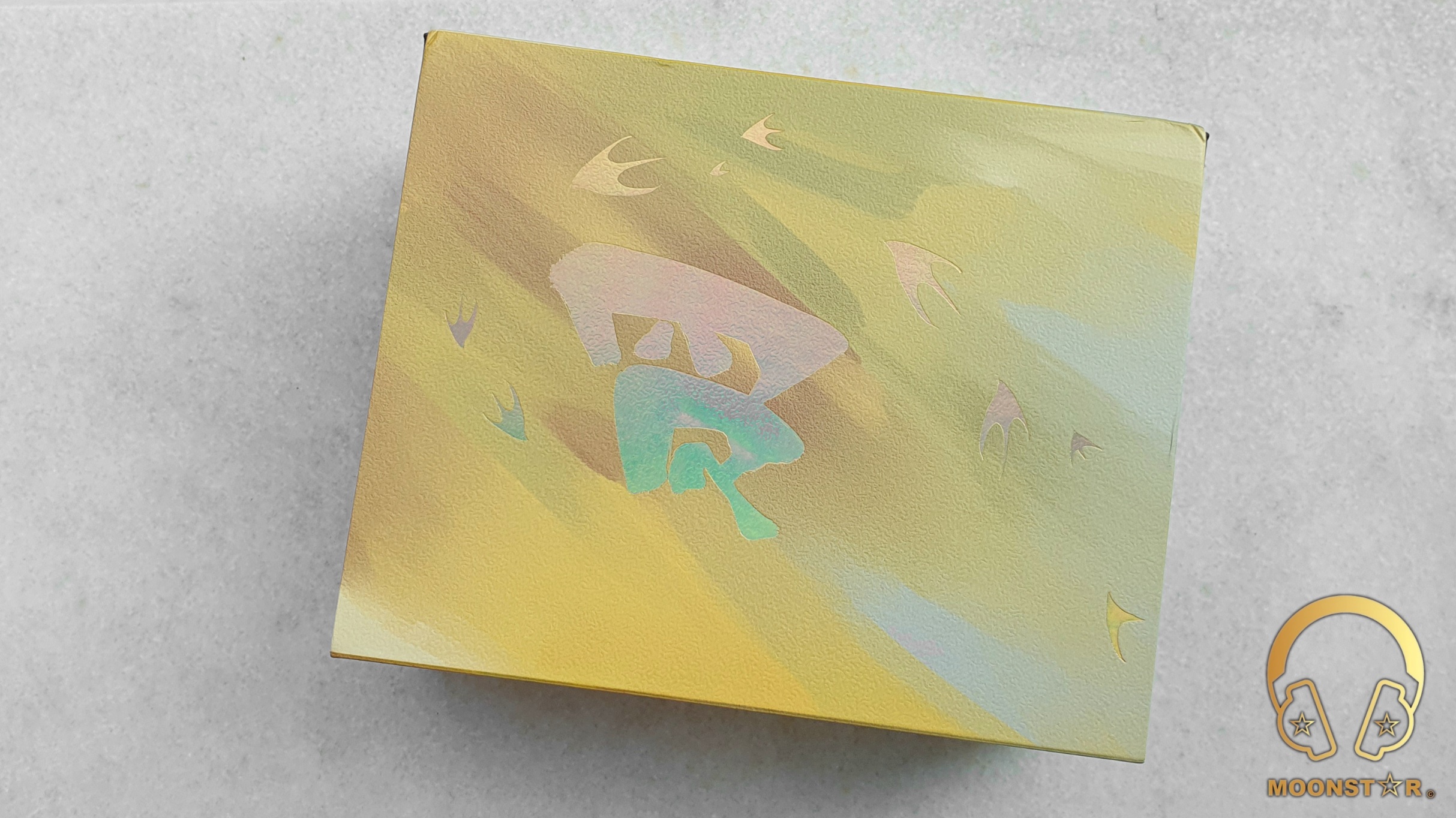 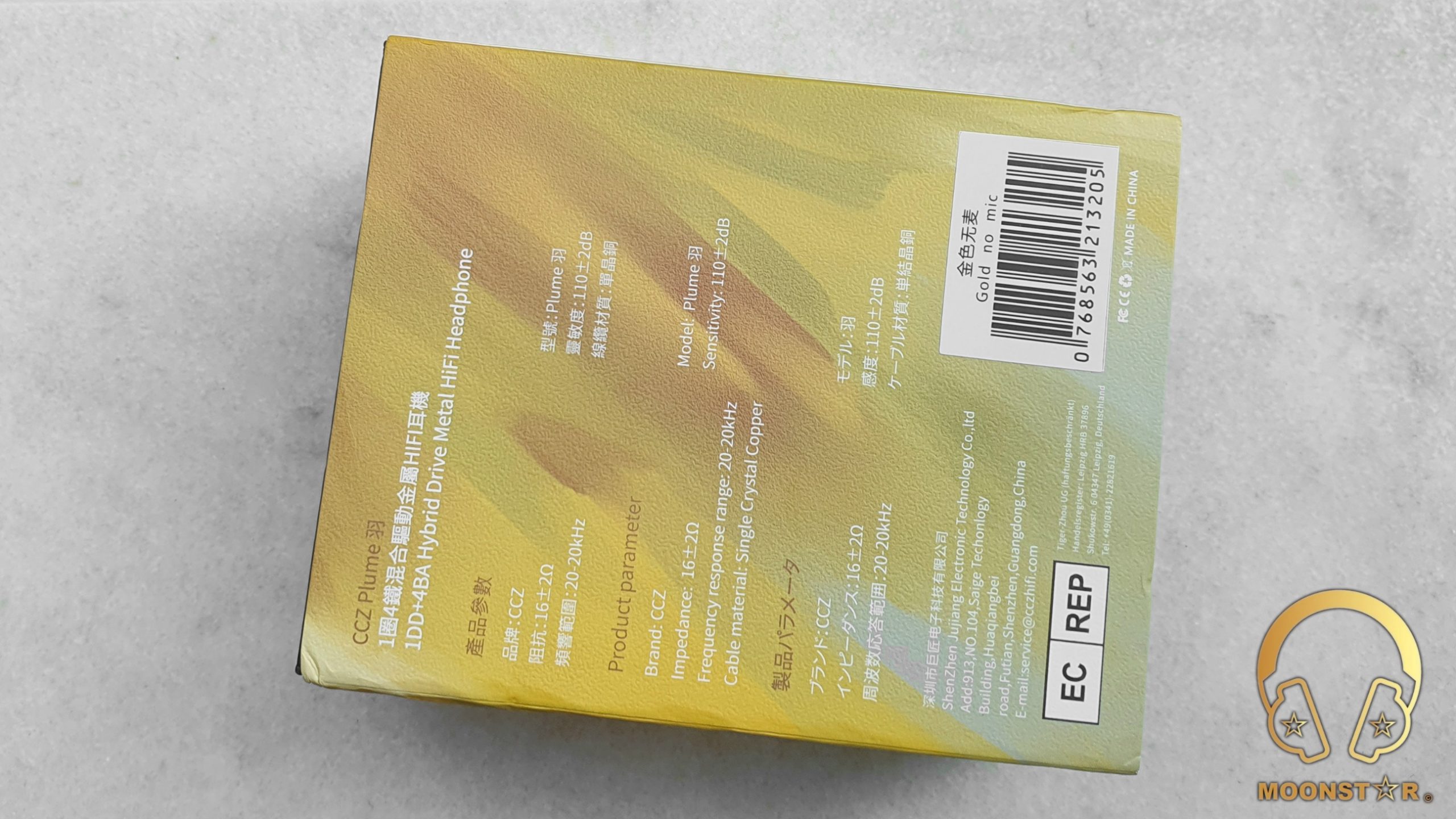 The CCZ Plume came with a very rich accessories package. 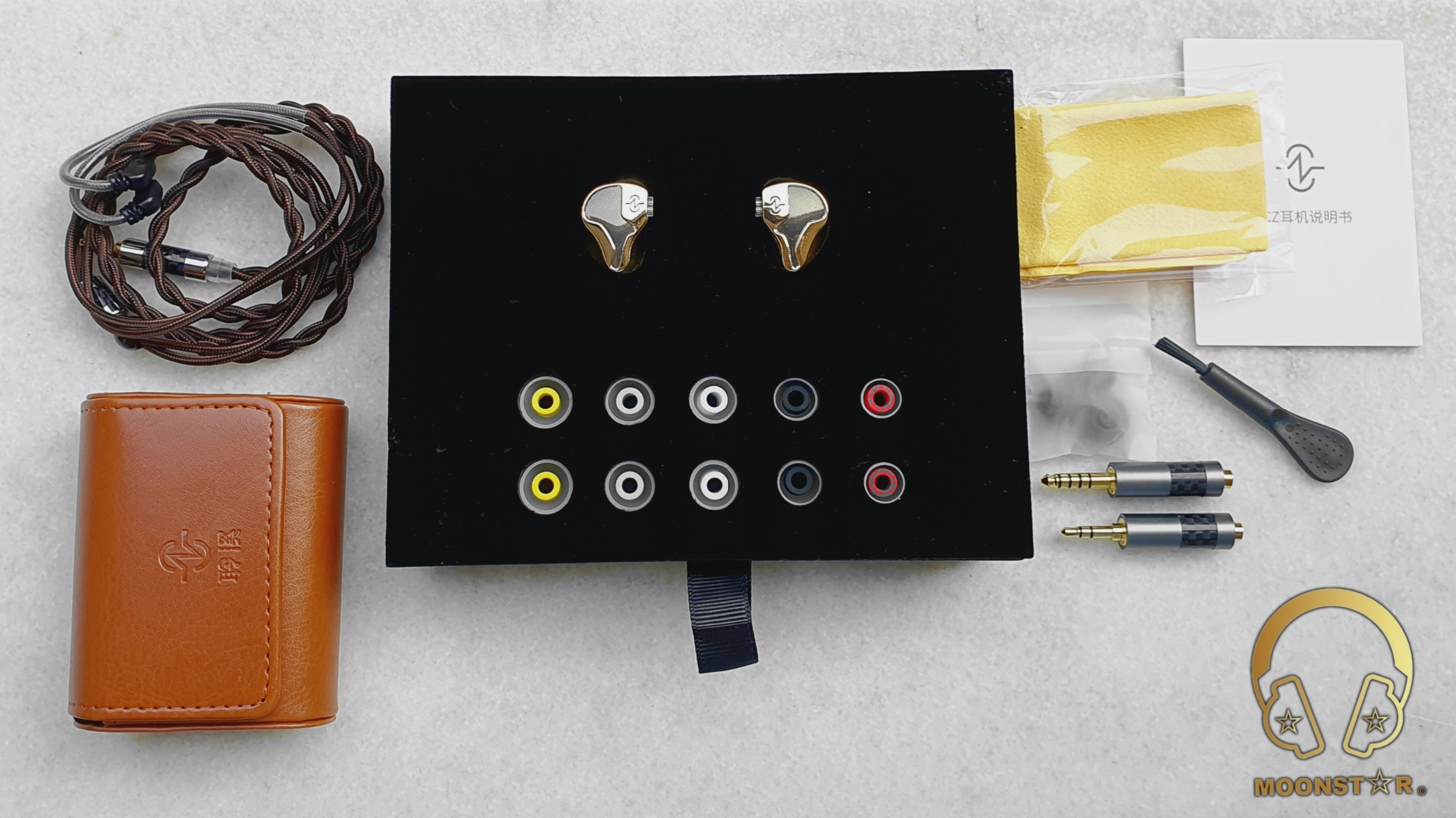 The leather case in brown color has a magnetic surface. The case has a pretty stylish look and feel. 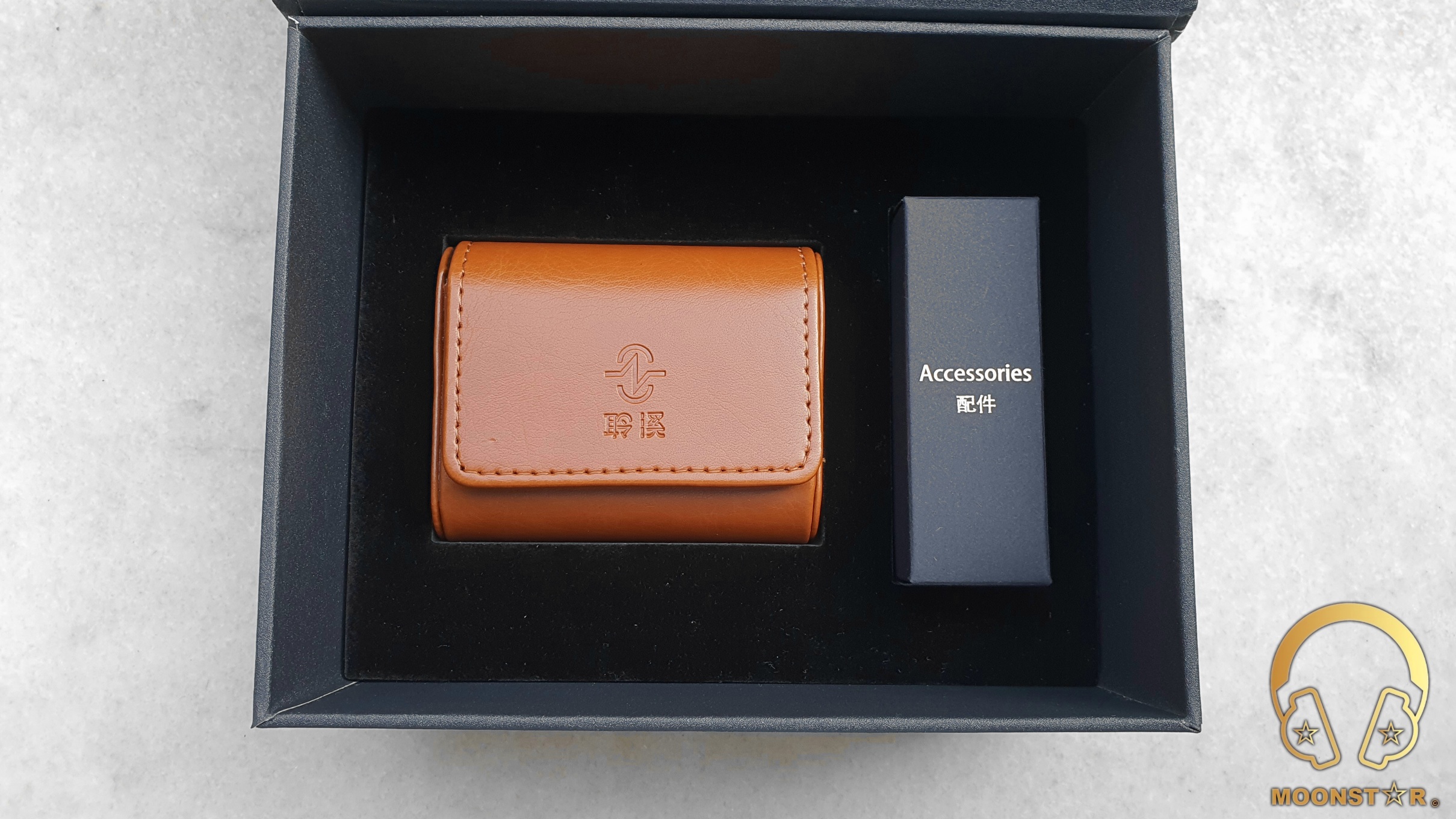 The CCZ Plume came with a wide variety of ear tips that includes 3 original ear tips made of TPE material, which do have a unique shape on the top. The other 5 pairs are KBEAR’s special silicone tips. Inside the box are also one 2 headphone plug adaptors, a cleaning tool and cleaning cloth that are some nice additions.

I am not a big fan of objects with a finish in gold color; however that CCZ Plume looks quite premium and stylish with its CNC machined aluminum alloy monitor shell. 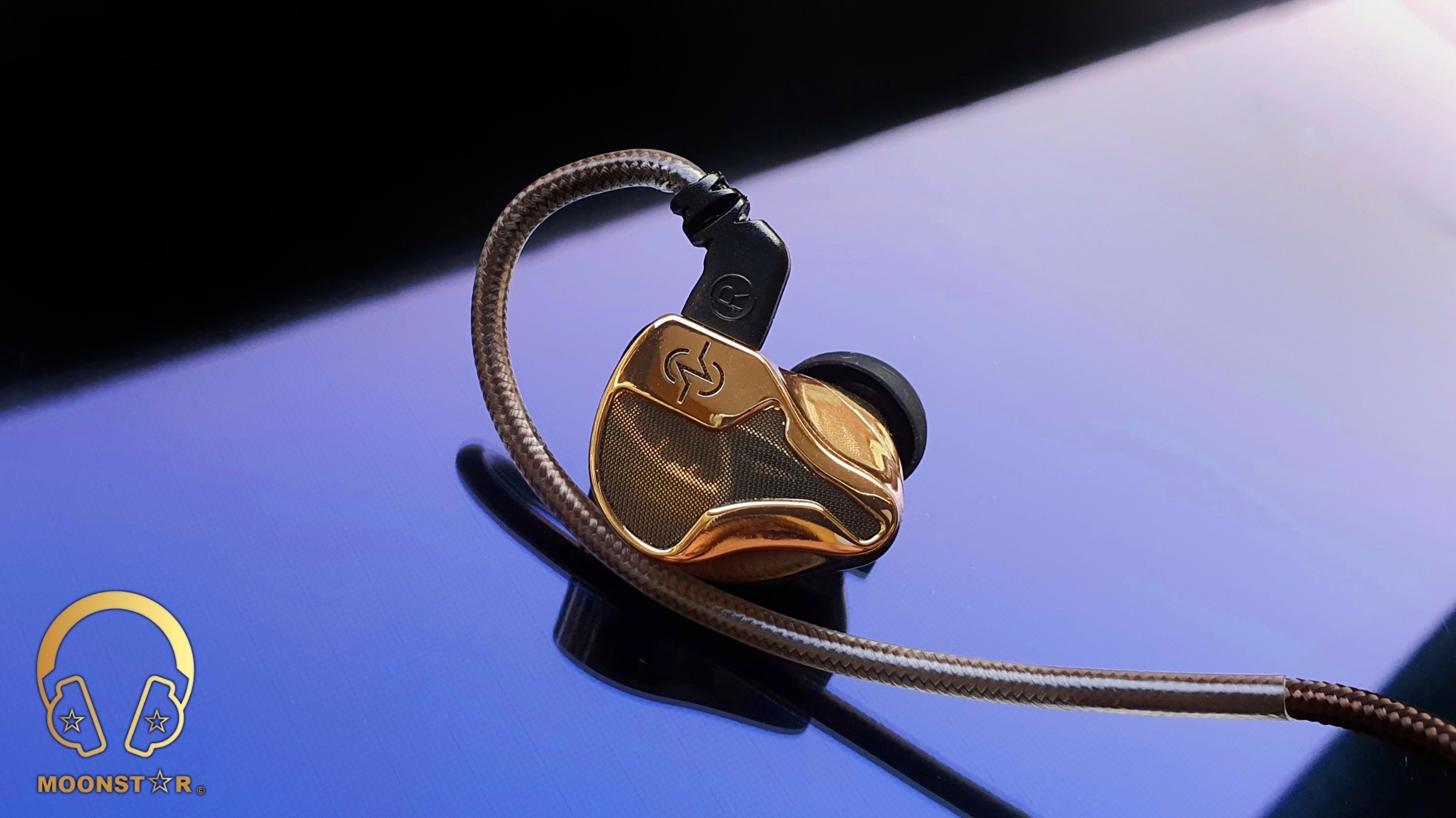 The monitor shell has a quite ergonomic shape beside its relative large size that fit perfectly in to my average sized ear-concha. 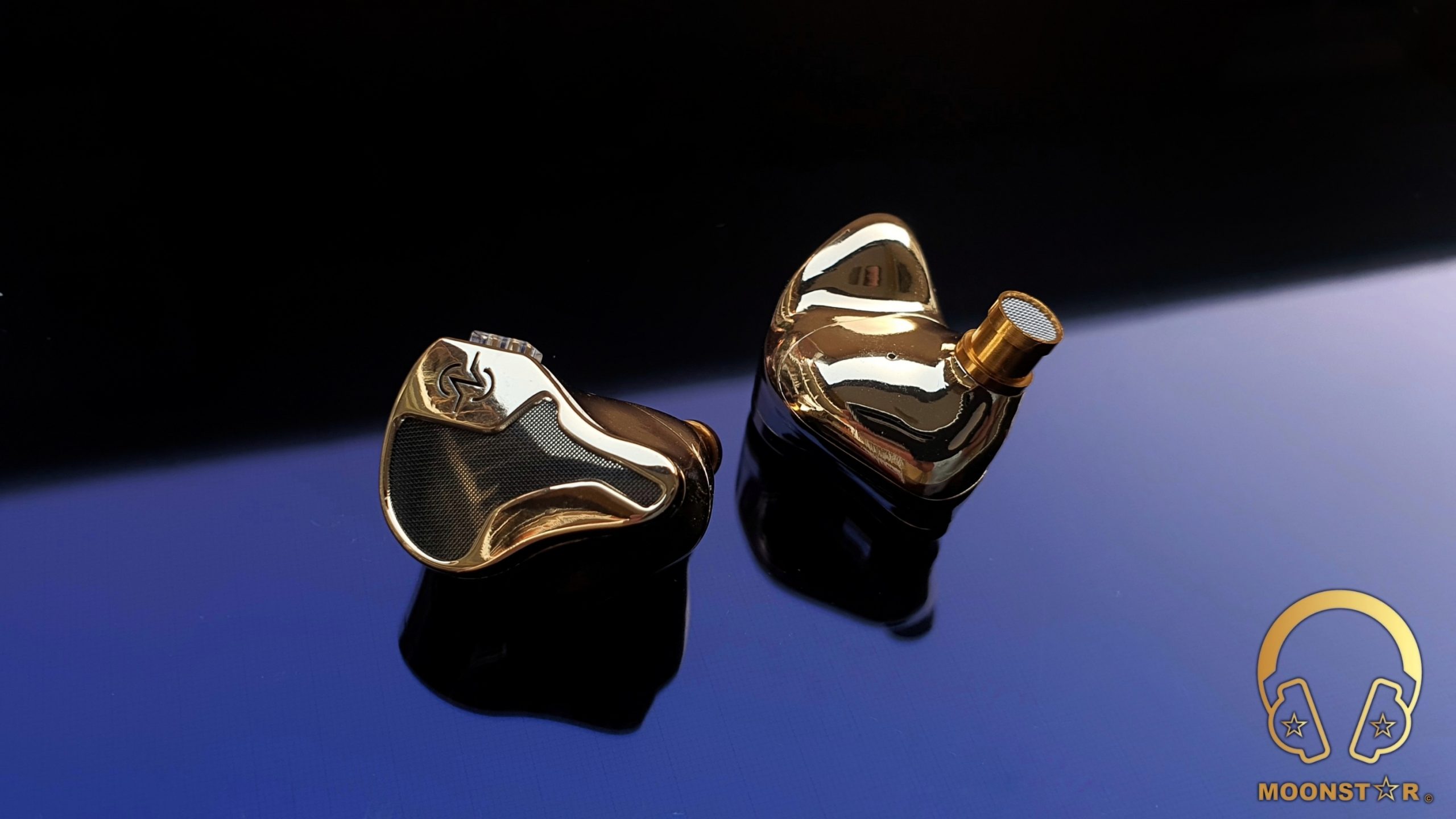 On the front of the monitor housing, which is the so called faceplate is the CCZ logo and a metal mesh in black color that looks quite stylish.

At the rear side of the monitor shell is the sound nozzle and two vents for the 10mm diameter dual dynamic driver unit. The sound nozzle has a metal mesh on the top to prevent the insertion of particles such like dust or ear-wax that you can & should clean with the cleaning tool that is included to the package. 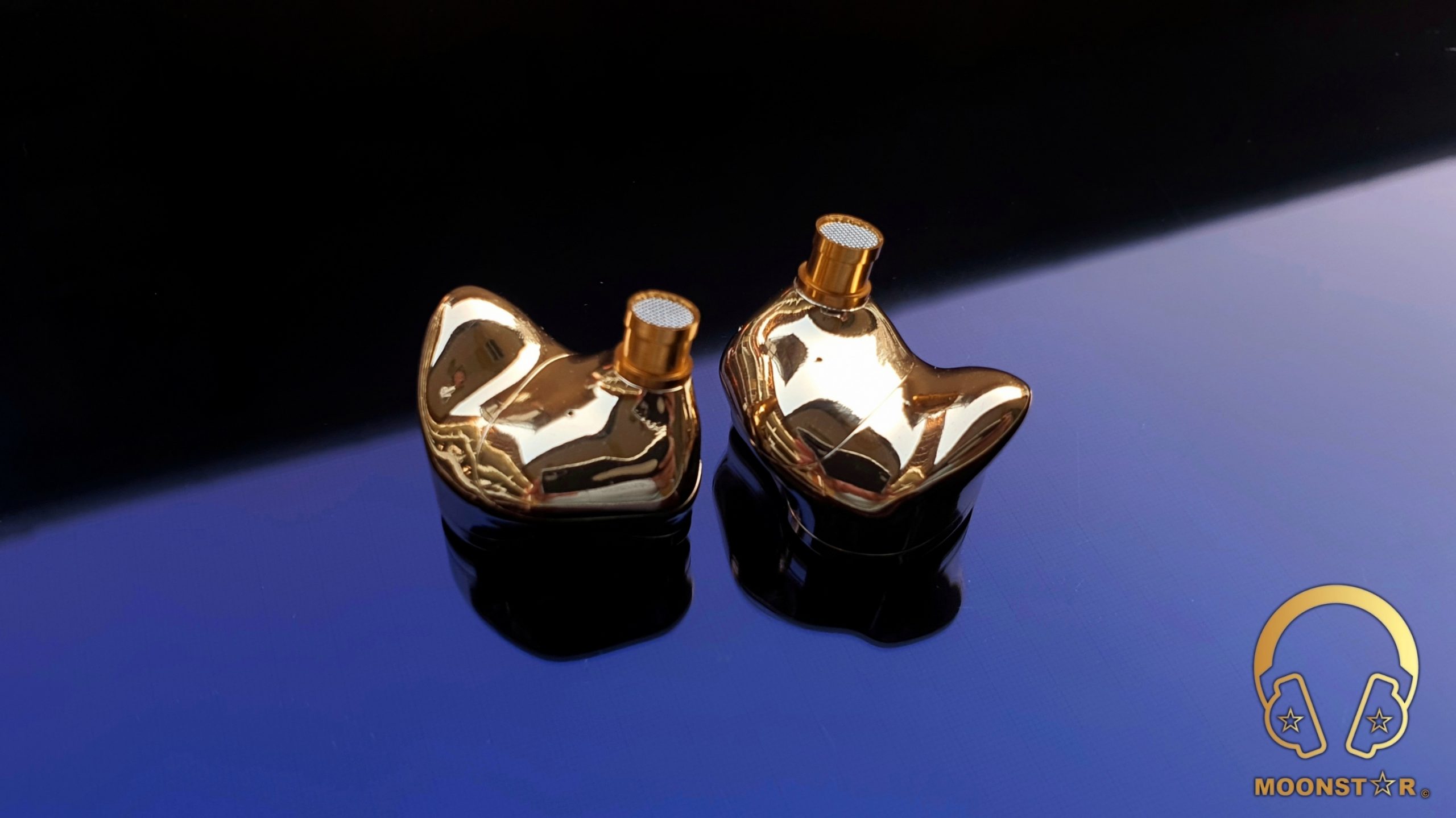 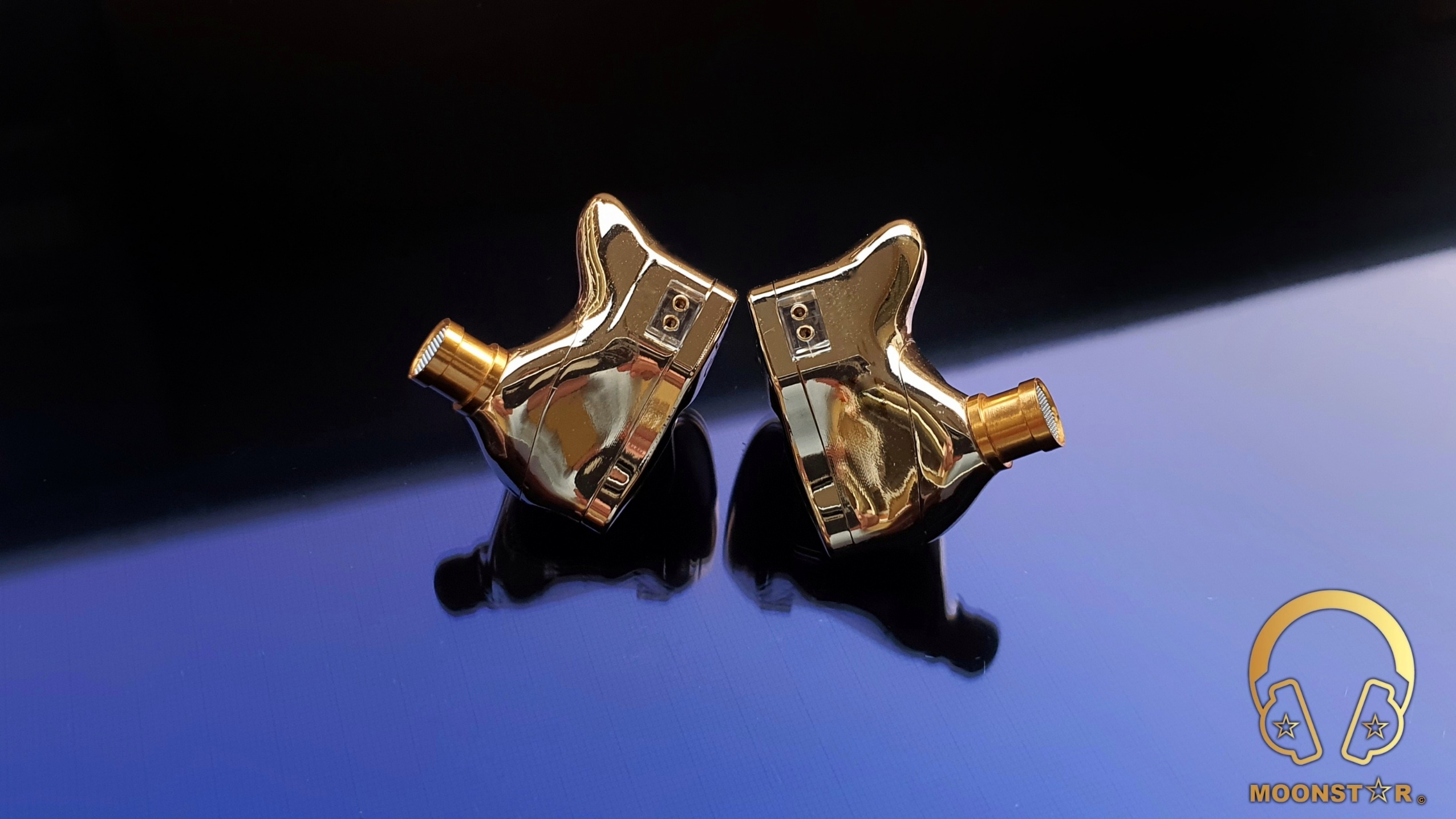 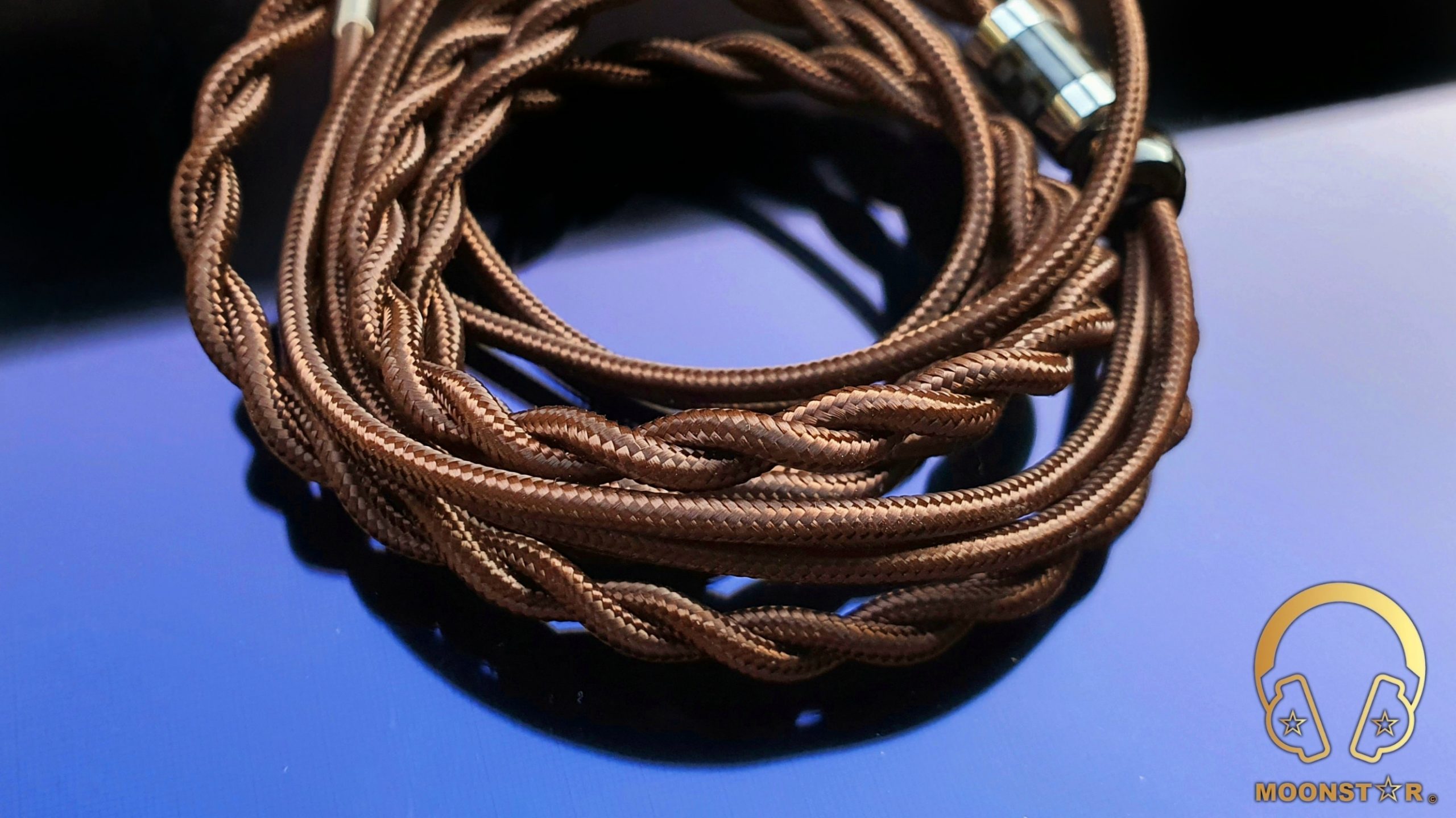 The 2-Pin male connectors do have a plastic housing in black color that do have left and right indicators on their surface. There cable sports a metal Y splitter with carbon fiber texture and a black plastic chin slider that gives the cable a nice premium look. The 2.5mm TRRS balanced headphone jack has a straight profiled metal housing with the same carbon fiber pattern. 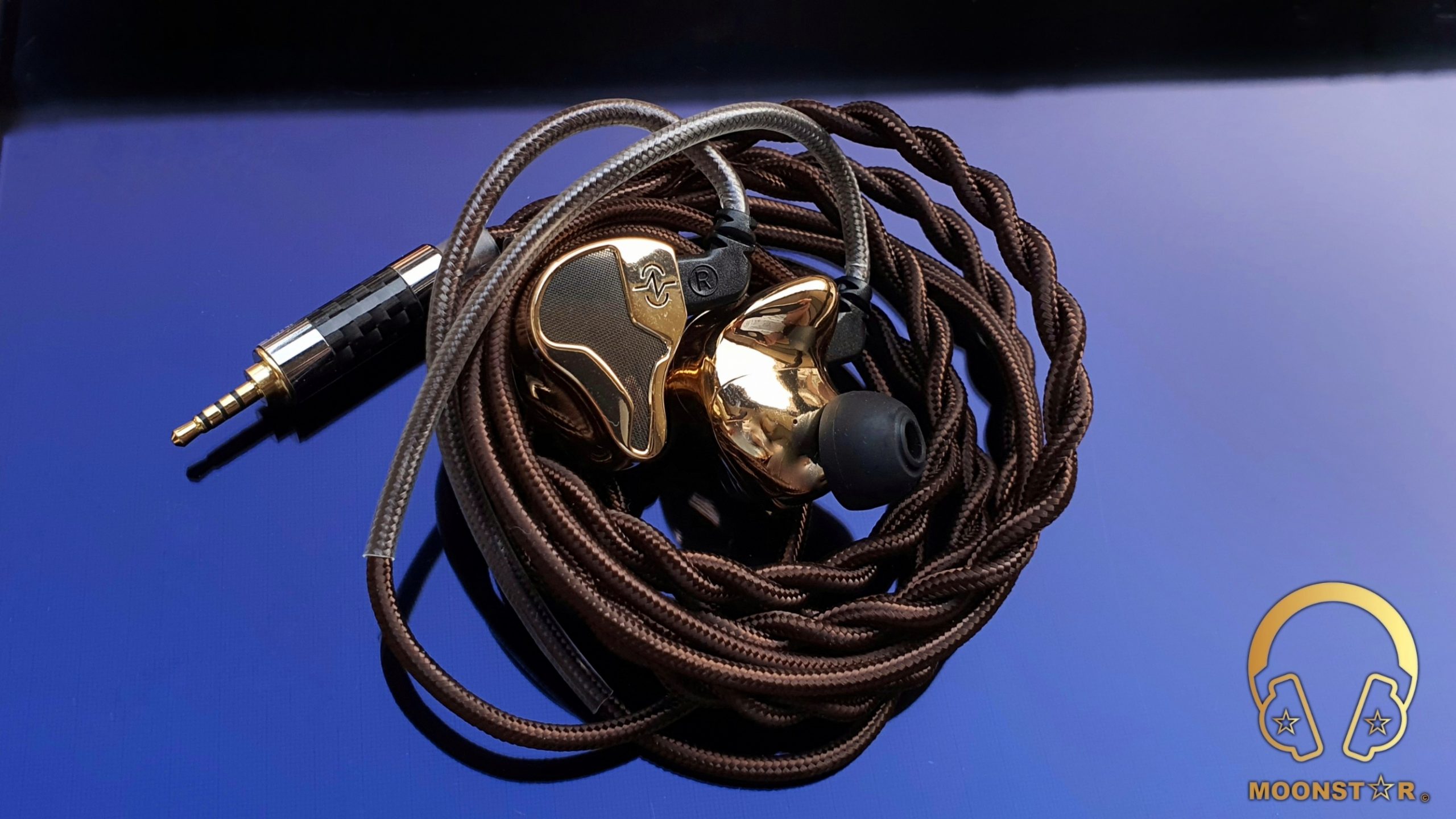 The overall build quality of both the monitors and the cable is top notch and doesn’t show any imperfections such like burrs or openings.

The CCZ Plume has a low impedance of 16Ω ±2 and a sensitivity of 110dB ±2, which makes it quite efficient In-Ear Monitor and pretty compatible with relative weak sources like Smartphone’s, Tablet’s and DAP’s with weak amplification. 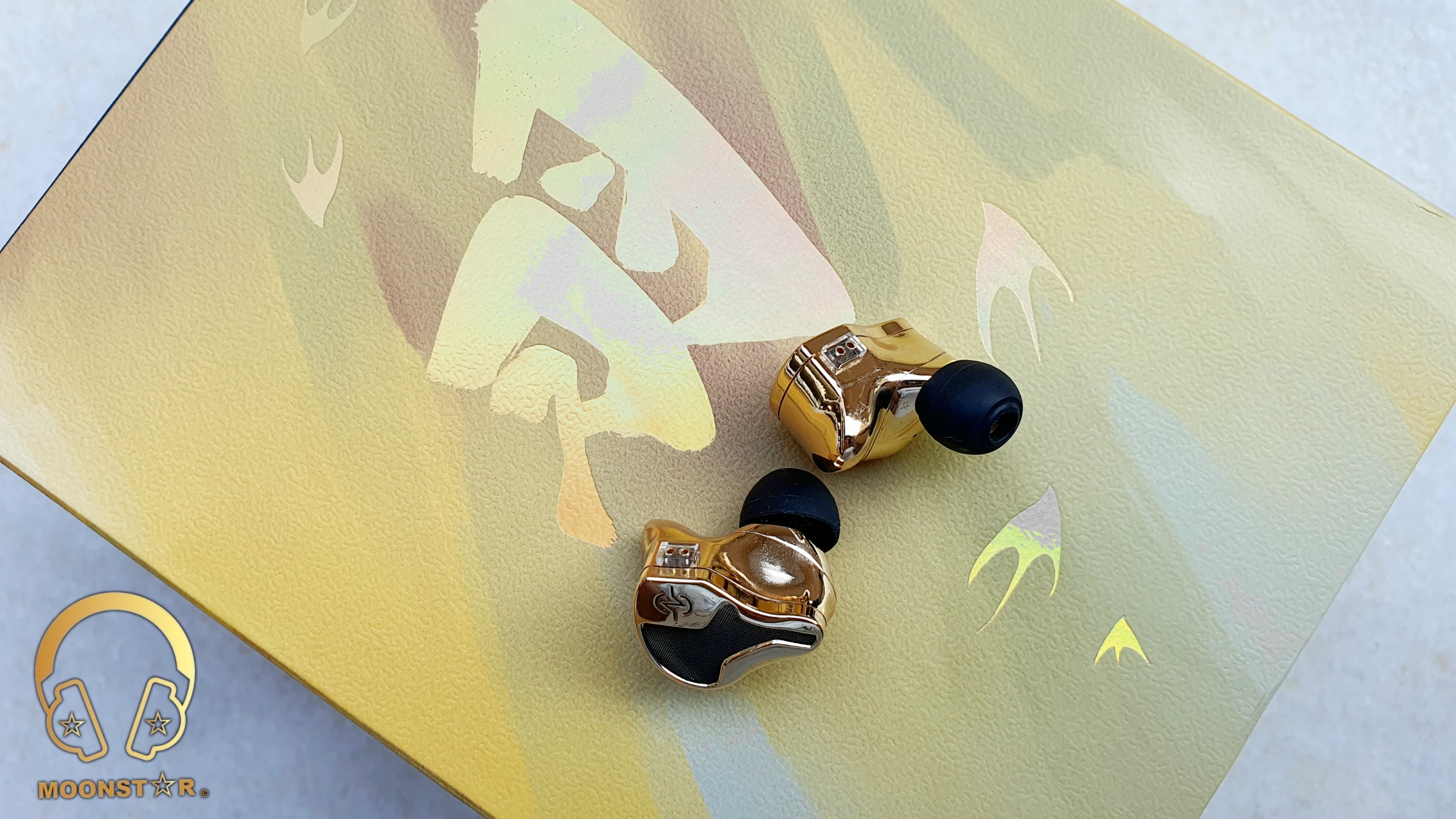 CCZ Plume is an In-Ear Monitor with nicely tuned lush and warm tonality that shows a V shaped sound signature. The bass is deep, impactful and full bodied, while the midrange is pretty soft and musical. The treble range on the other hand is mildly bright and shows a good sense of control and resolution.

The CCZ Plume review was written after a burn-in process of about 60 Hours. I have used the stock Cable and the Patented Special Silicone ear tips that are part of the standard packaging. 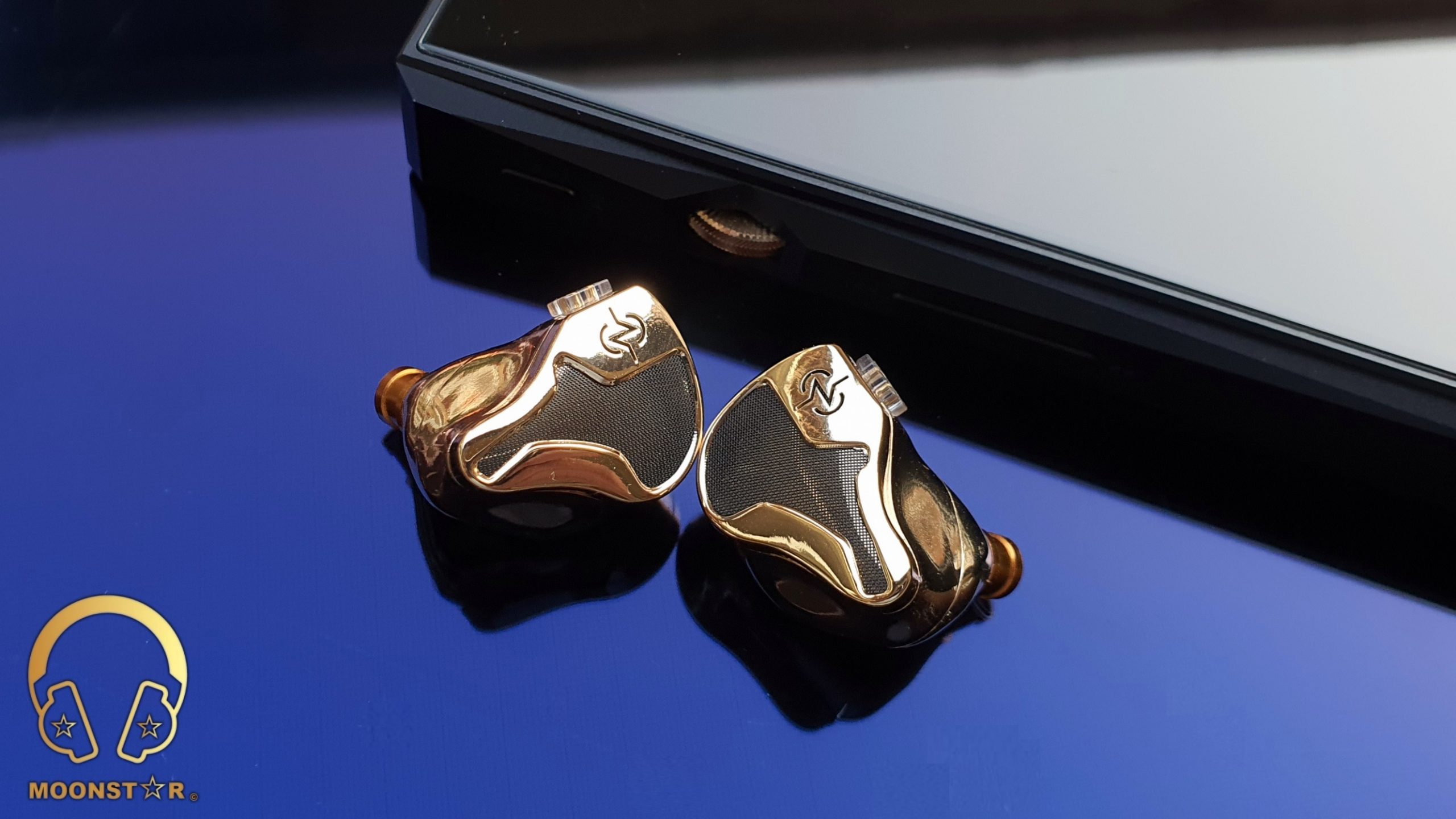 The lower frequency region is one of the highlights of the CCZ Plume that has a pretty impressive subbass depth and midbass impact with its Dual Dynamic Driver unit.

The subbass region shows a great sense of depth and extension thanks to 10mm diameter dual dynamic driver that is also able to produce a great amount of rumble when I do listen to songs like Really Slow Motion’s “Deadwood”, Massive Attack’s “Angel” or Lorde’s “Royals” and Toutant’s “Rebirth”. The subbass decay is on a moderate level, while it sound fairly controlled in this area.

The midbass area of the CCZ Plume is slightly less pronounced compared to the subbass region, while it has in general a fairly strong, impact and musical character. Instruments like, bass guitars, trumpets and cross drums are nicely highlighted soft and mildly warm in tonality. The midbass tuning is highly entertaining when I do listen to genres like Electronic, Pop, Rock or Epic music. 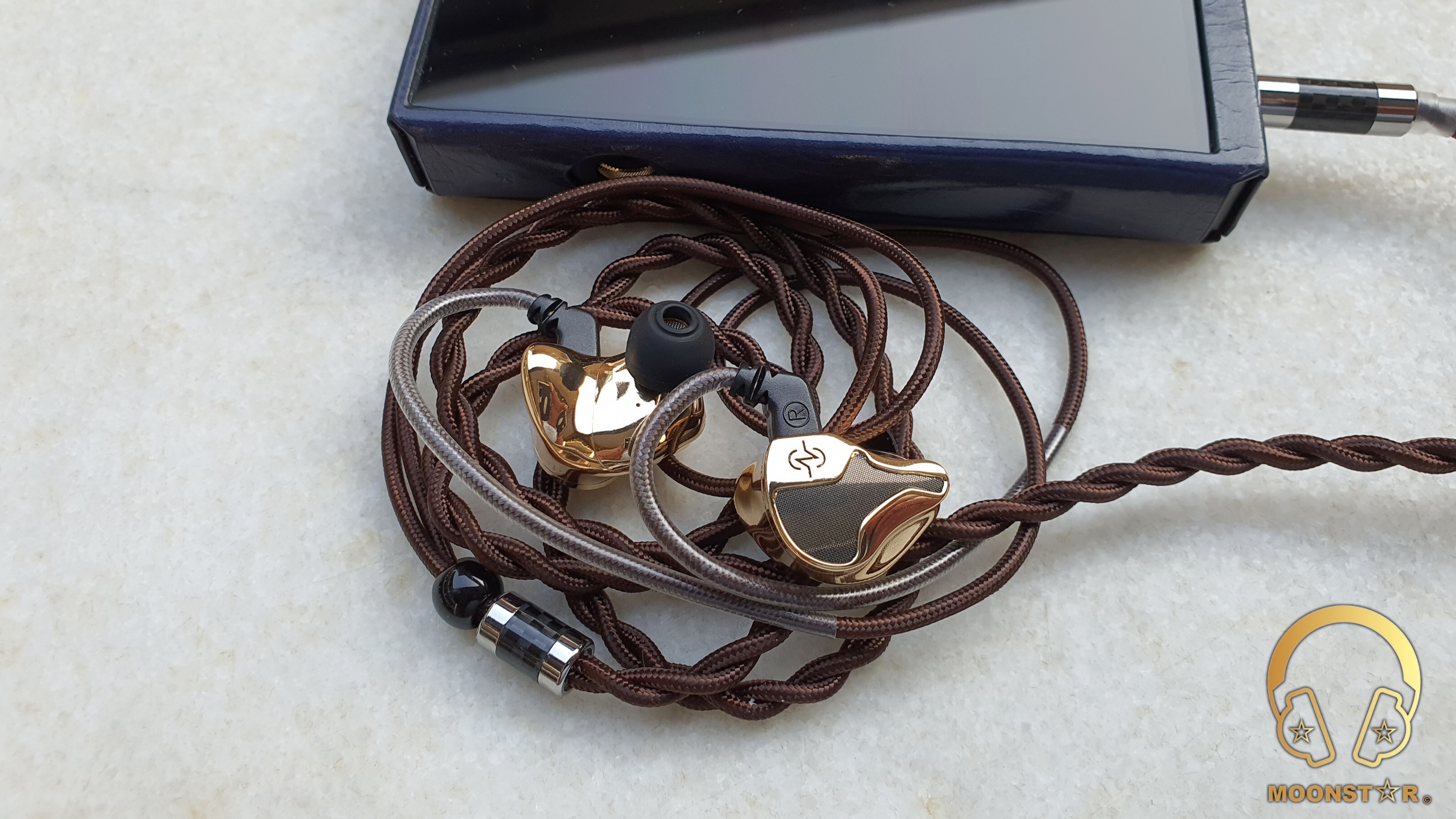 The CCZ Plume has a pretty lush, soft, full bodied and musical midrange presentation. The Plume is an In-Ear Monitor that is ideal for longer listening periods thanks to its sibilance/fatigue free upper midrange character in this area that shows an efficient amount of clarity and airiness.

The lower midrange region of the CCZ Plume shows a good sense of depth, body and fullness, which is an advantage while listen to male vocals or instruments like acoustic guitars, violas or trumpets. Male vocals like Elton John, David Bowie or Barry White are reproduced in a pretty lush and emotional manner. Instruments like acoustic guitars are slightly warm and bassy, while violas are pretty emotional.

The upper midrange of the CCZ Plume shows a good sense of intensity and airy, along with a good level of control in this are. This is the reason why female vocals sound nicely detailed, lively, while they do still sound free of sibilance and harshness. Instruments like pianos are mildly bright, pronounced and vivid, while violins are fatigue-free and do have a moderately bright tonality. 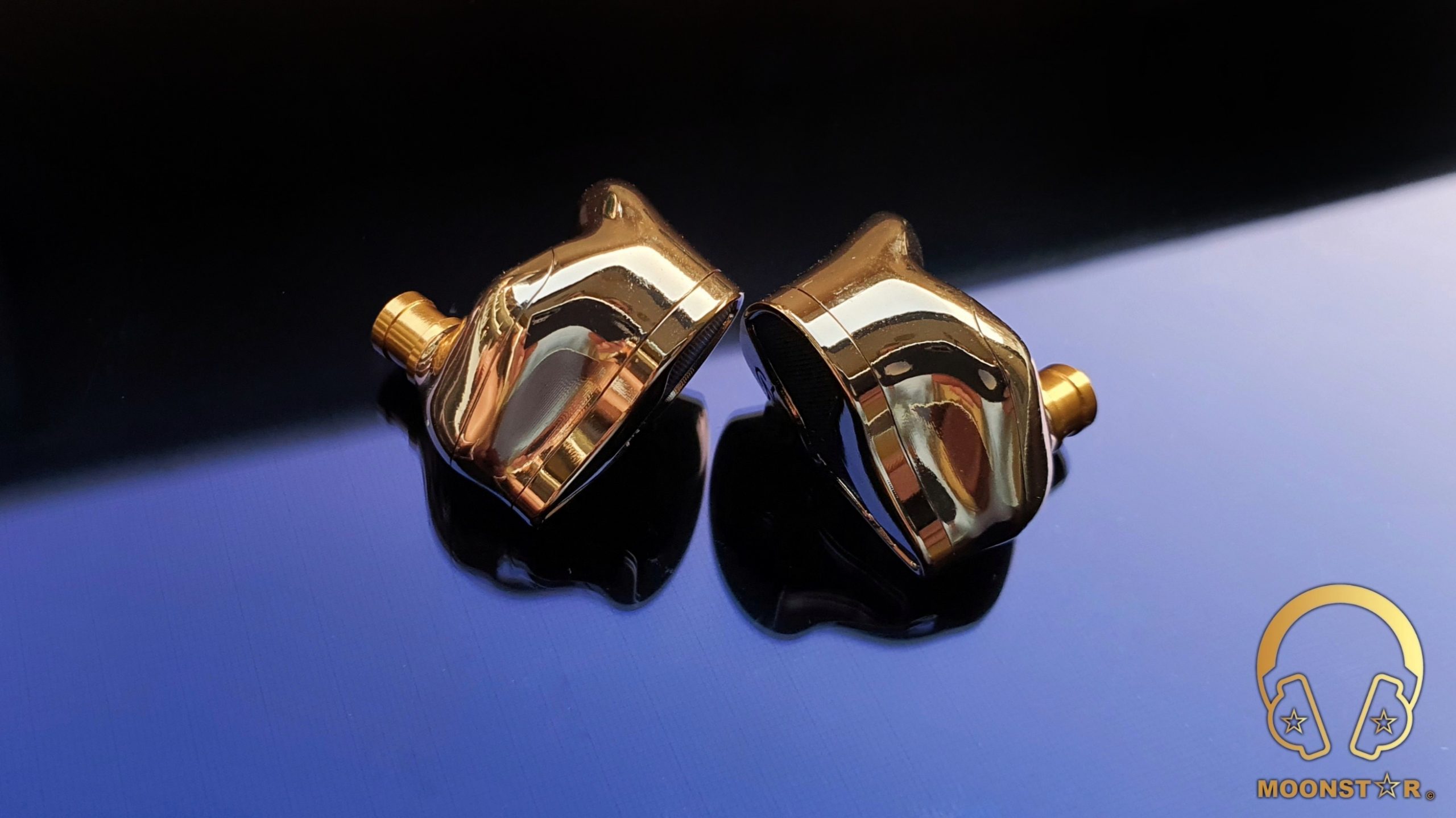 The CCZ Plume shows a pretty smooth. bold and mildly bright treble character. The lower treble region is more highlighted and detailed compared to the upper treble region, which has an audible roll-off after the 7 kHz region. This treble tuning makes the CCZ Plume to a fatigue-free and easy to listen IEM, especially for those who are sensitive to upper treble brightness.

However, the CCZ Plume offers enough airiness and sparkle in the treble area to prevent congestions and muddiness while listen to a wide variety of music genres.

Instruments like hi-hats do sound slightly more recessed than in normal, while they show moderate intensity and sufficient sense of extension. Other instruments like ride or crash cymbals are also a bit recessed but have better extension.

The general treble extension, intensity and quantity of the CCZ Plume is on an moderate level, while the detail retrieval is fairly enough for most genres. 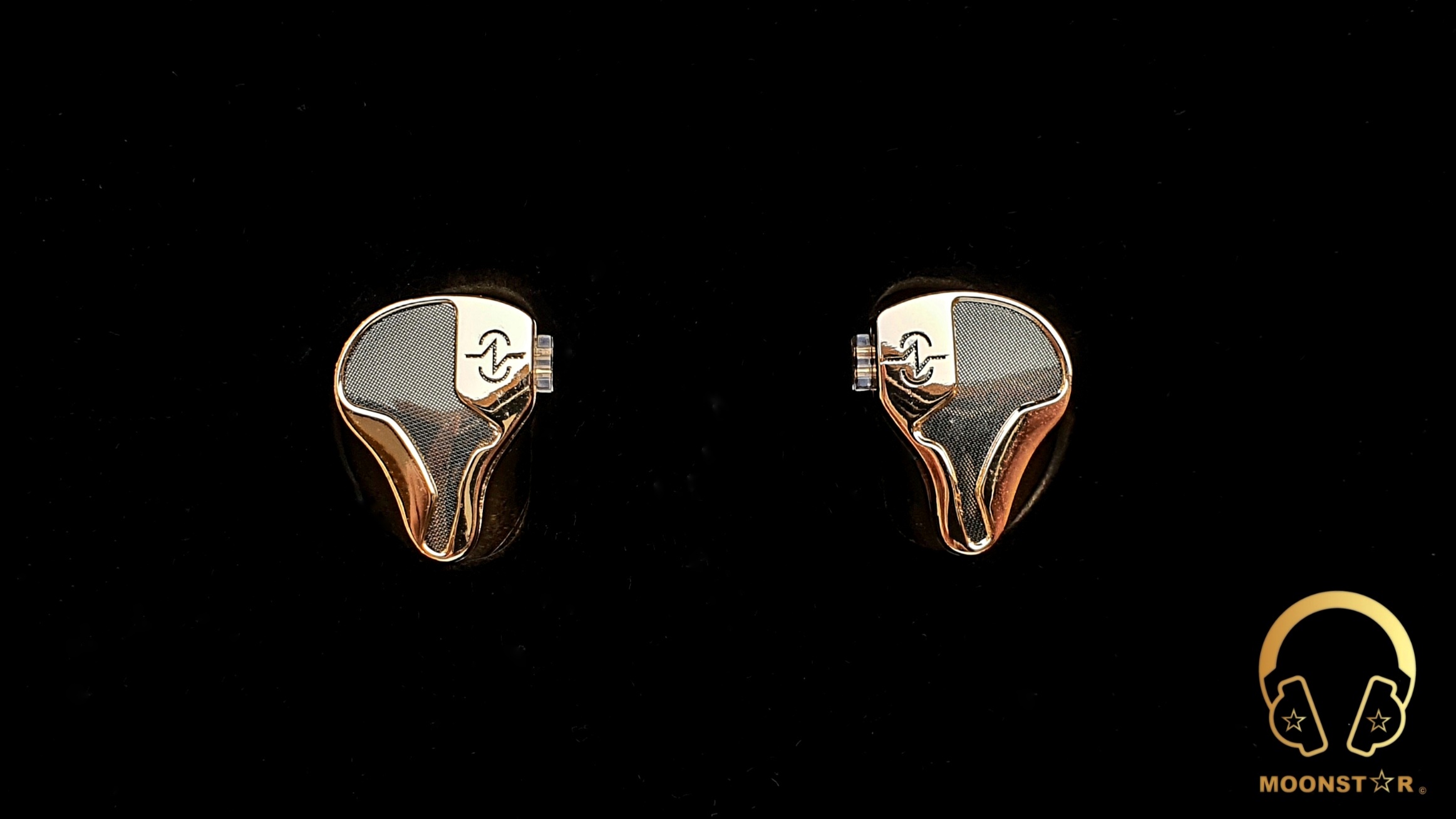 CCZ Plume offers a pretty good performance in terms of separation and placement of instruments and vocals. The soundstage of the CCZ Plume shows a good sense of wideness and airiness, while the depth and height of the stage is on an average level.

The CCZ Plume shows a warmer tonality and has a fuller more musical overall presentation. The subbass region of DUNU DK-2001 has less body, depth and extension, while it shows a slightly quicker decay in this area. The midbass of the CCZ Plume have a bit more depth and intensity, while both IEM’s are successful when it comes to the speed and control in this area.

The midrange of the CCZ Plume shows a warmer tonality, it is slightly more forward oriented and offers a better sense of body/fullness. The DUNU Dk-2001 on the other hand sounds a bit more recessed and has a leaner character with slightly better level of clarity and airiness. The lower midrange of the CCZ Plume shows a bit more depth and intensity which makes it more successful with male vocals and instruments like acoustic guitars, violas or trumpets. The upper midrange of both IEM’s sounds nicely pronounced and has a good level of resolution for products at this price range.

The upper midrange and treble of both the CCZ Plume and the Dunu DK-2001 shows a good sense of control, resolution and extension, the main difference is the tonality that is warmer and fuller when I do listen to the CCZ Plume.

The CCZ Plume has the upper hand in terms of soundstage wideness, while the DUNU DK-2001 shows a slightly better sense of depth and airiness.

The midrange of the CCZ Plume sounds in general a bit warmer and softer in tonality compared to the MME Audio MX4 Pro that has otherwise also a relative warmish tonality. The lower midrange has a tad more body and depth compared to the MX4 Pro while the resolution is pretty equal. The upper midrange of the CCZ Plume shows slightly more clarity and detail retrieval, while the MX4 Pro offers a bit more headroom in this area.

The lower treble region of the CCZ Plume shows a slightly better sense of brightness, clarity and definition. It offers here also a better level of extension and micro detail retrieval. The upper treble region is a different story where the MEE Audio MX4 Pro has an slightly advantage when it come to the airiness and sparkle that is produced in this area.

The soundstage of the MEE Audio MX4 Pro shows a slightly better sense of depth, while the performance in terms of wideness is quite identical. 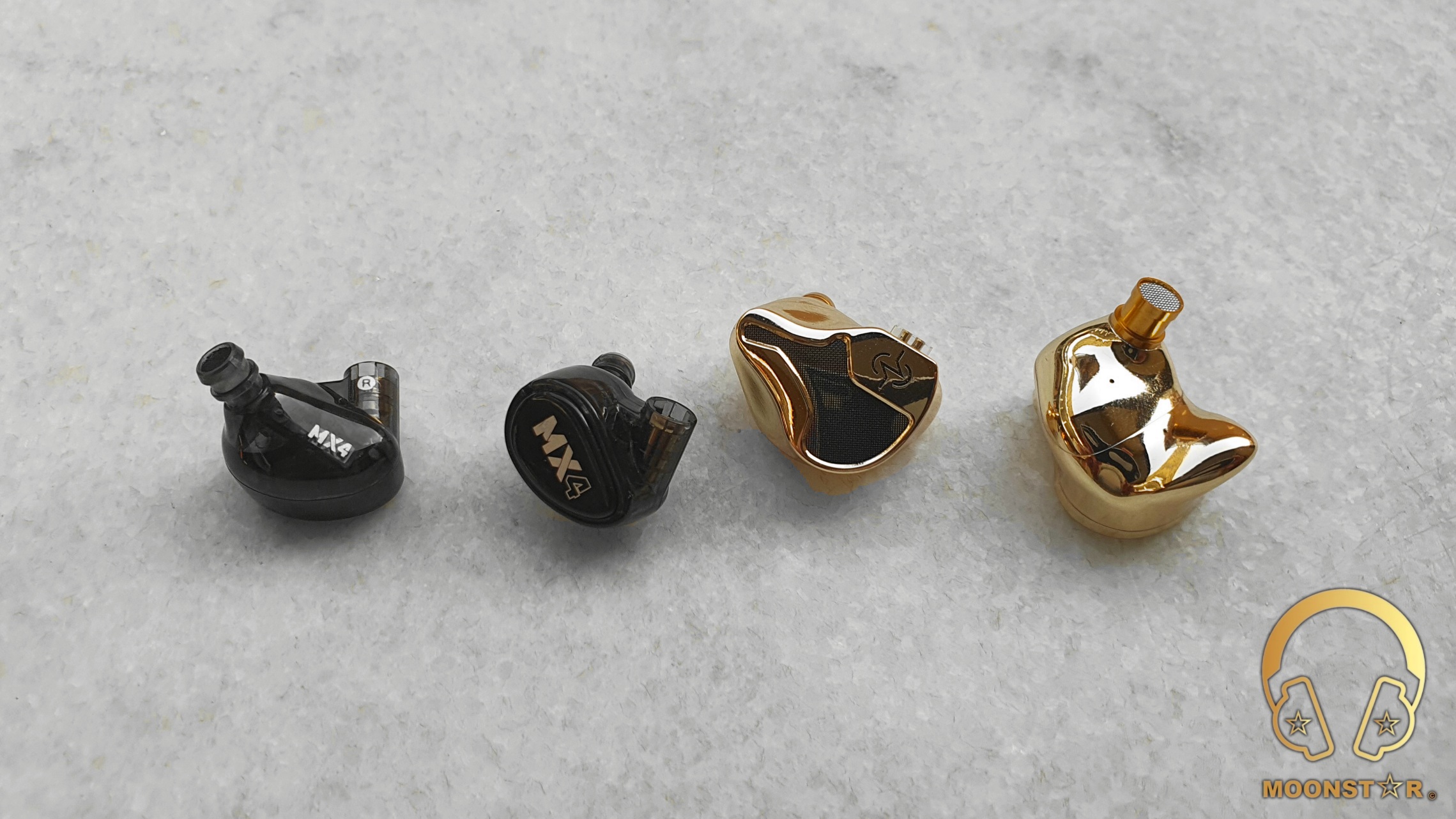 CCZ is maybe a very young company in the portable audio scene, which is a market with lots of competition that do offer tons of great IEM’s. However the Plume is a successful product that will satisfy many audiophiles with its eye-catching appearance, robust build quality and highly entertaining sound signature that can easily compete with much higher priced products on the market.