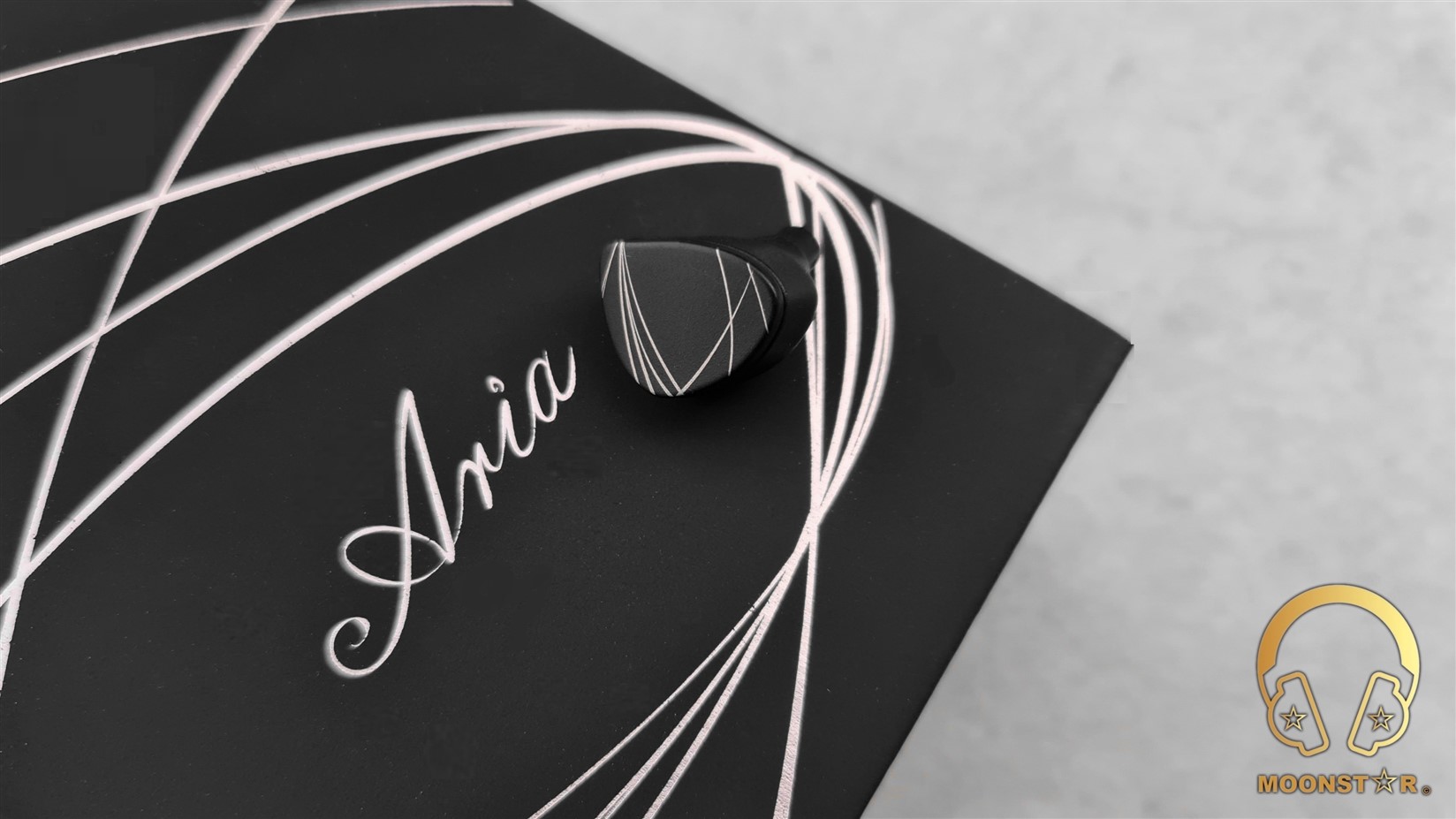 MOONDROP is a popular Chinese Portable Audio brand that was once a small studio by several hobbyist engineers, which has been emerged in 2015 with focus on products like Earbuds and In-Ear Monitors.

Their first product was the VX that was an Earbud, while the company gained popularity after the “Liebesleid” in 2017. MOONDROP released some IEM’s including the earliest “IX” with unique design and interesting sound, the “KANAS” series and other IEM’s like the “Blessing”, “A8” and “Reference” who justified MOONDROP us as premium IEM manufacturer.

I would like to thank Moondrop for providing me the Aria (aka 2021) IEM via HiFiGO for review purposes. I am not affiliated with Moondrop or HiFiGO beyond this review and these words reflect my true and unaltered opinions about the product.

The actual price of the Moondrop Aria around $ 79,99USD. More information’s can be found under the link below;

The Moondrop Aria comes in a rectangular black box with a stylish Aria branding in rose gold color on the top. This box was wrapped with a black cardboard sleeve that has an Anime character and the Aria branding on the top and product related specification and a frequency response graphic at the rear side. 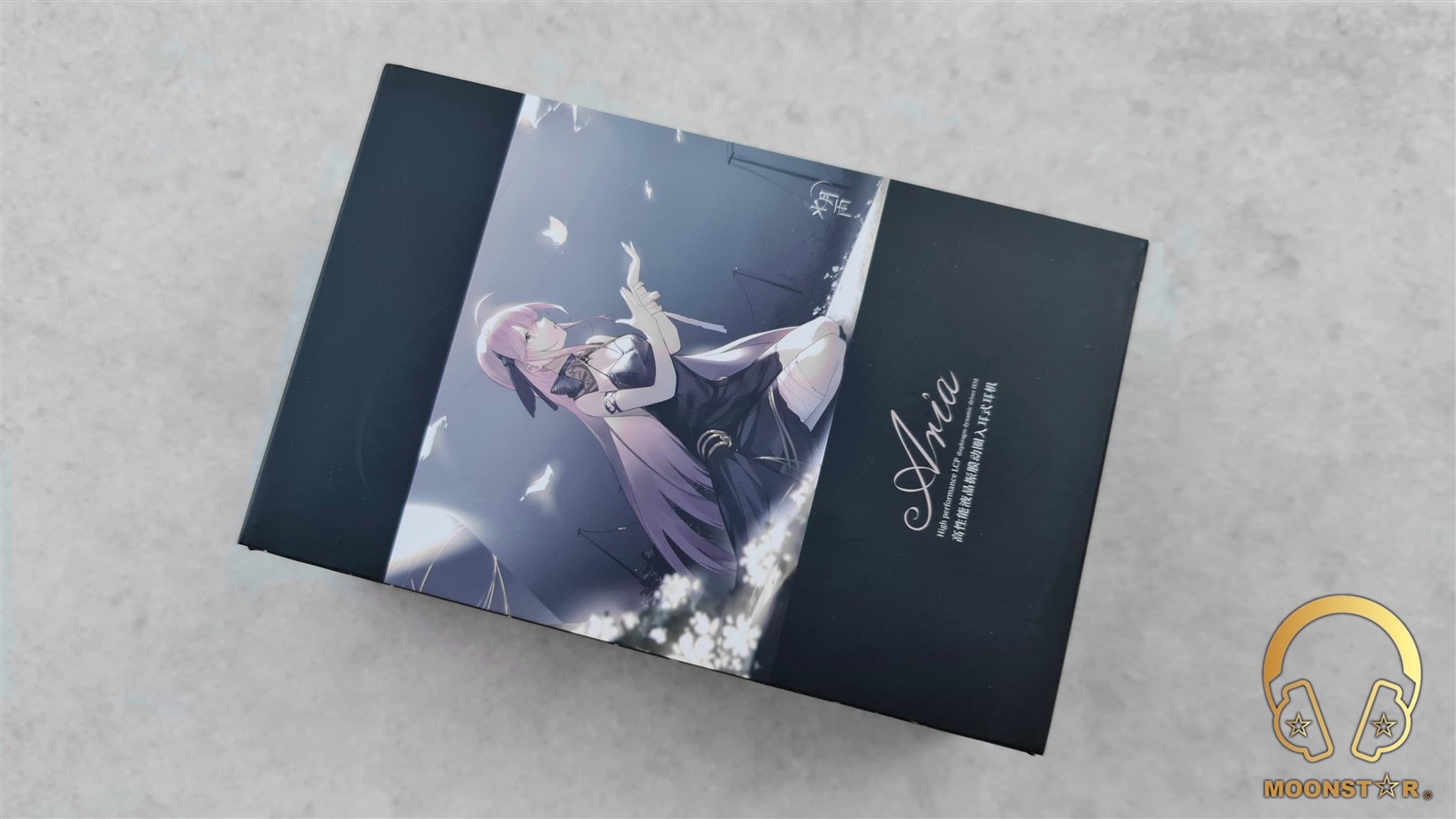 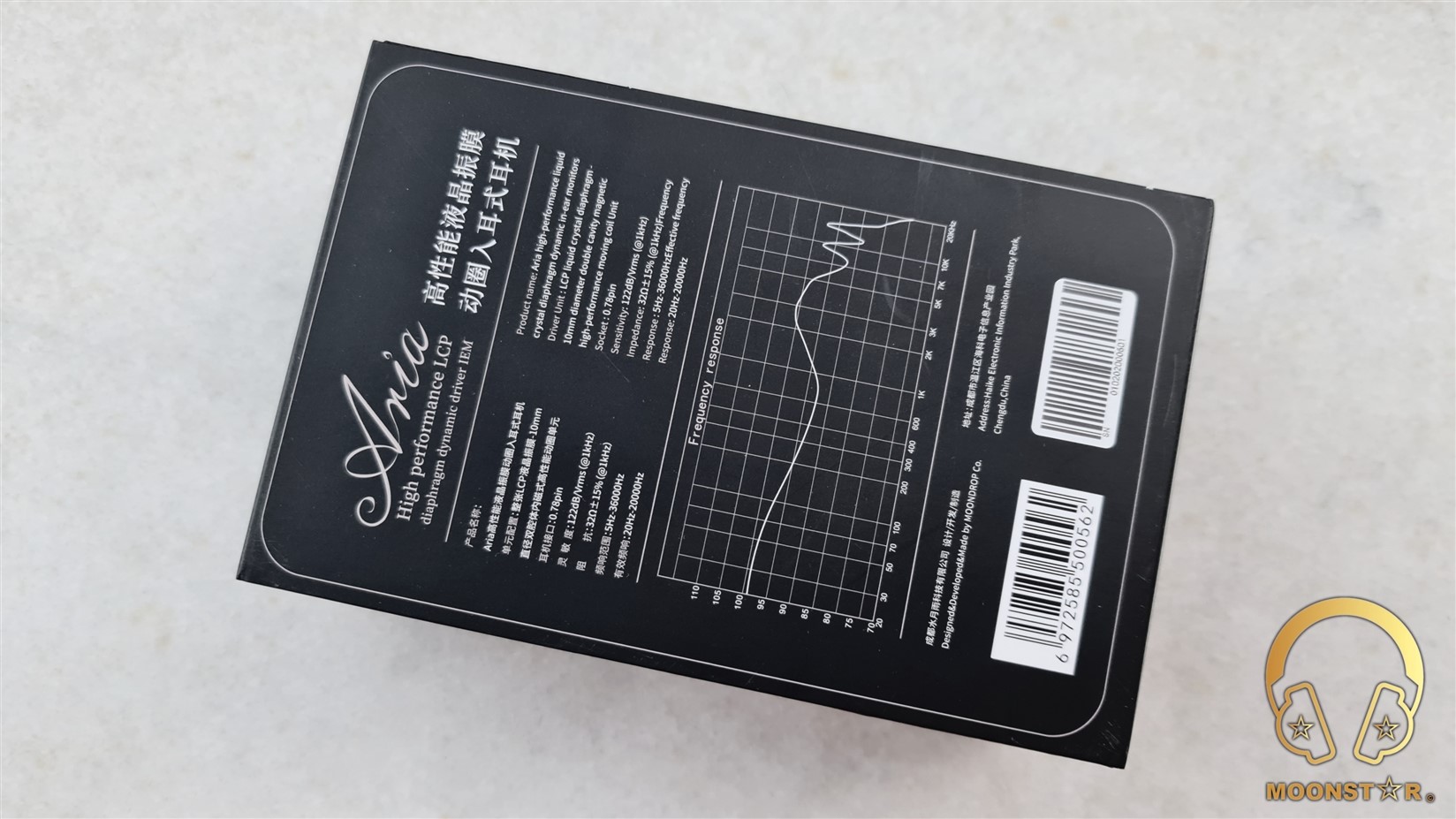 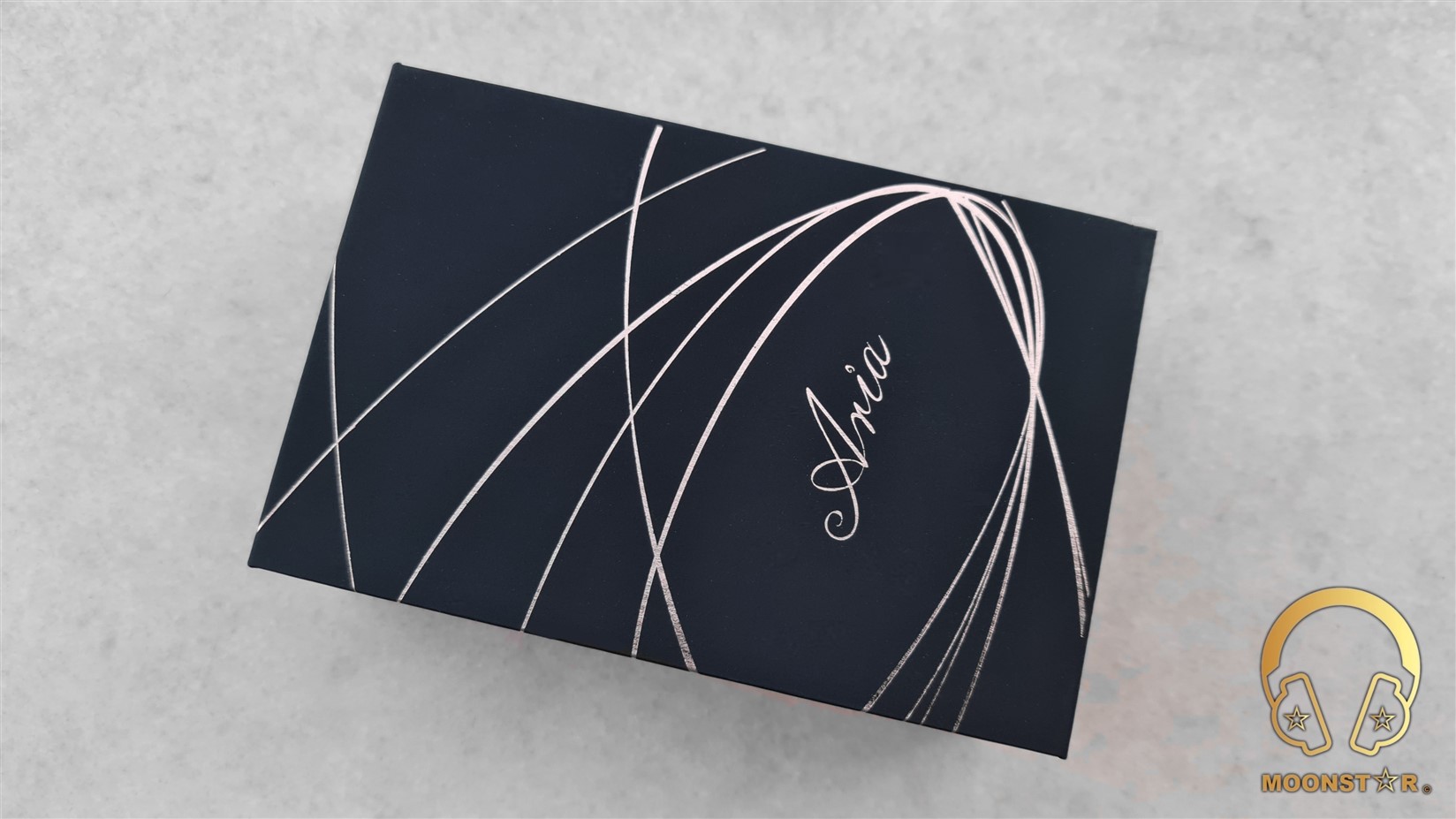 The contains the following items/accessories; 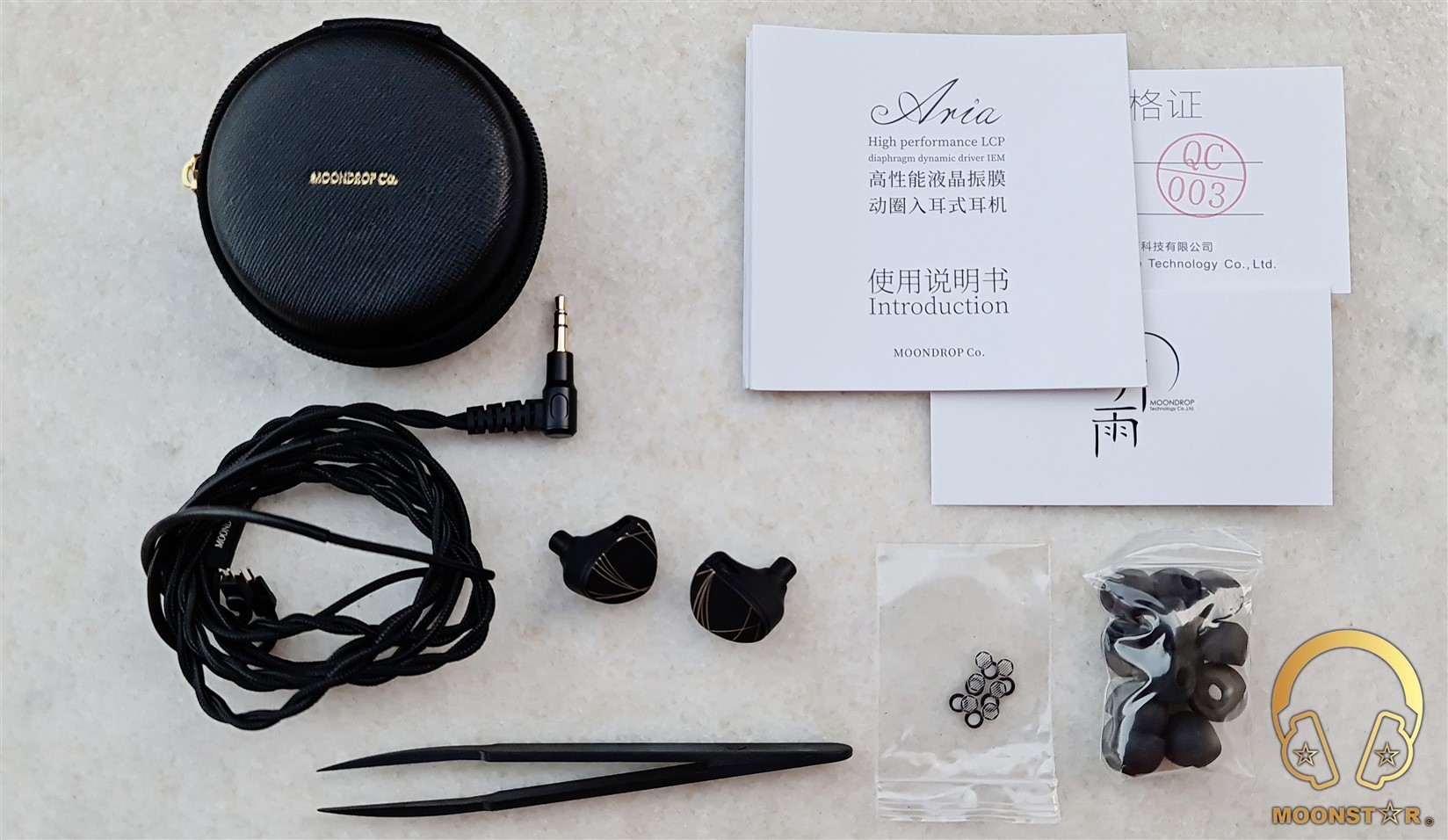 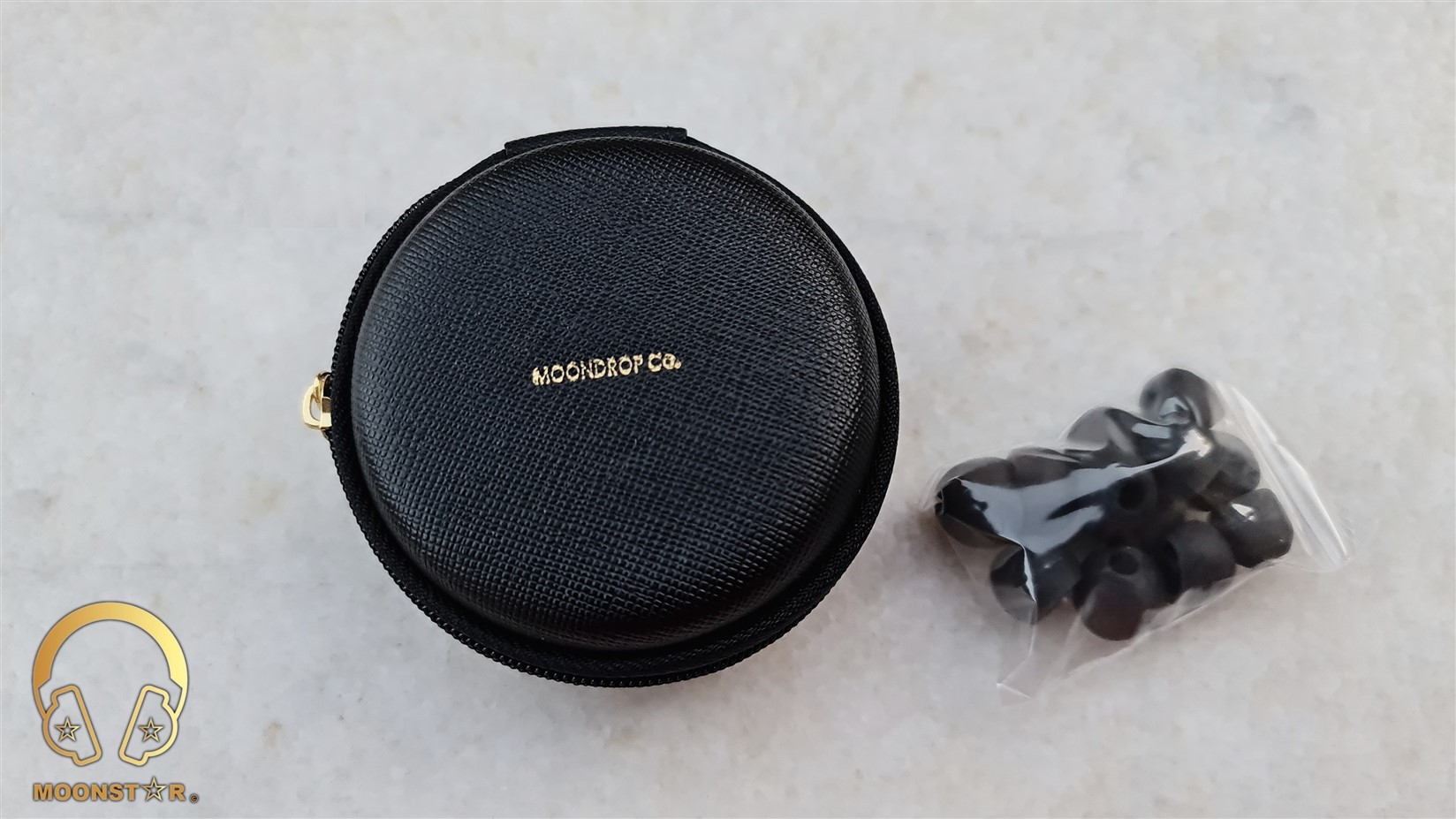 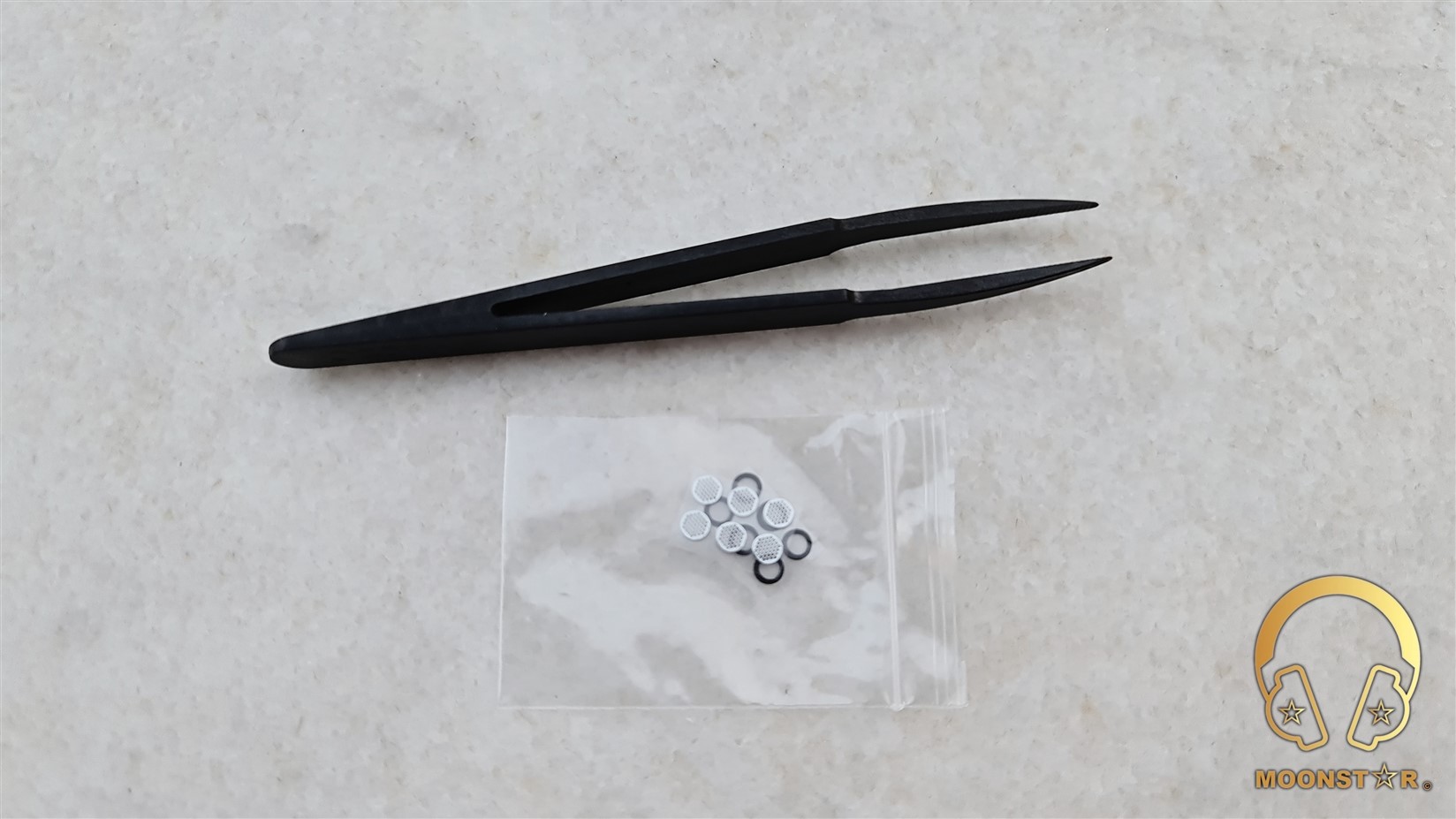 The Moondrop Aria (aka Aria 2021) is a very aesthetic looking In-Ear Monitor with a solid metal housing that features a 10mm diameter dual-cavity magnetic dynamic driver unit with LCP (Liquid Crystal Polymer) diaphragm material. The metal shell was made with a metal injection molding and CNC carving process that has a beautiful matte finish in black color. The build quality of the housing looks of high quality and fulfills my expectations from a product in this price category. 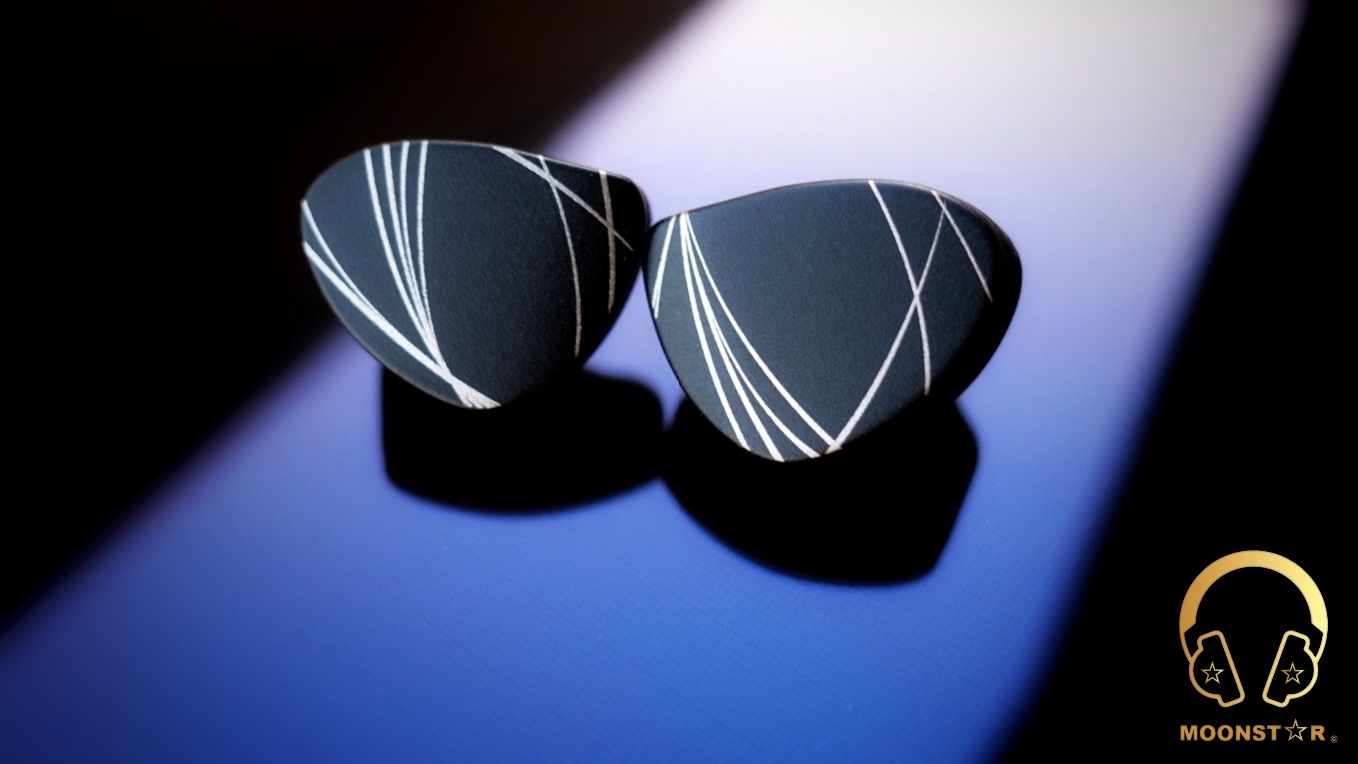 The faceplate of the Aria has a minimalistic design with fine line patterns in rose gold color that do look pretty nice. 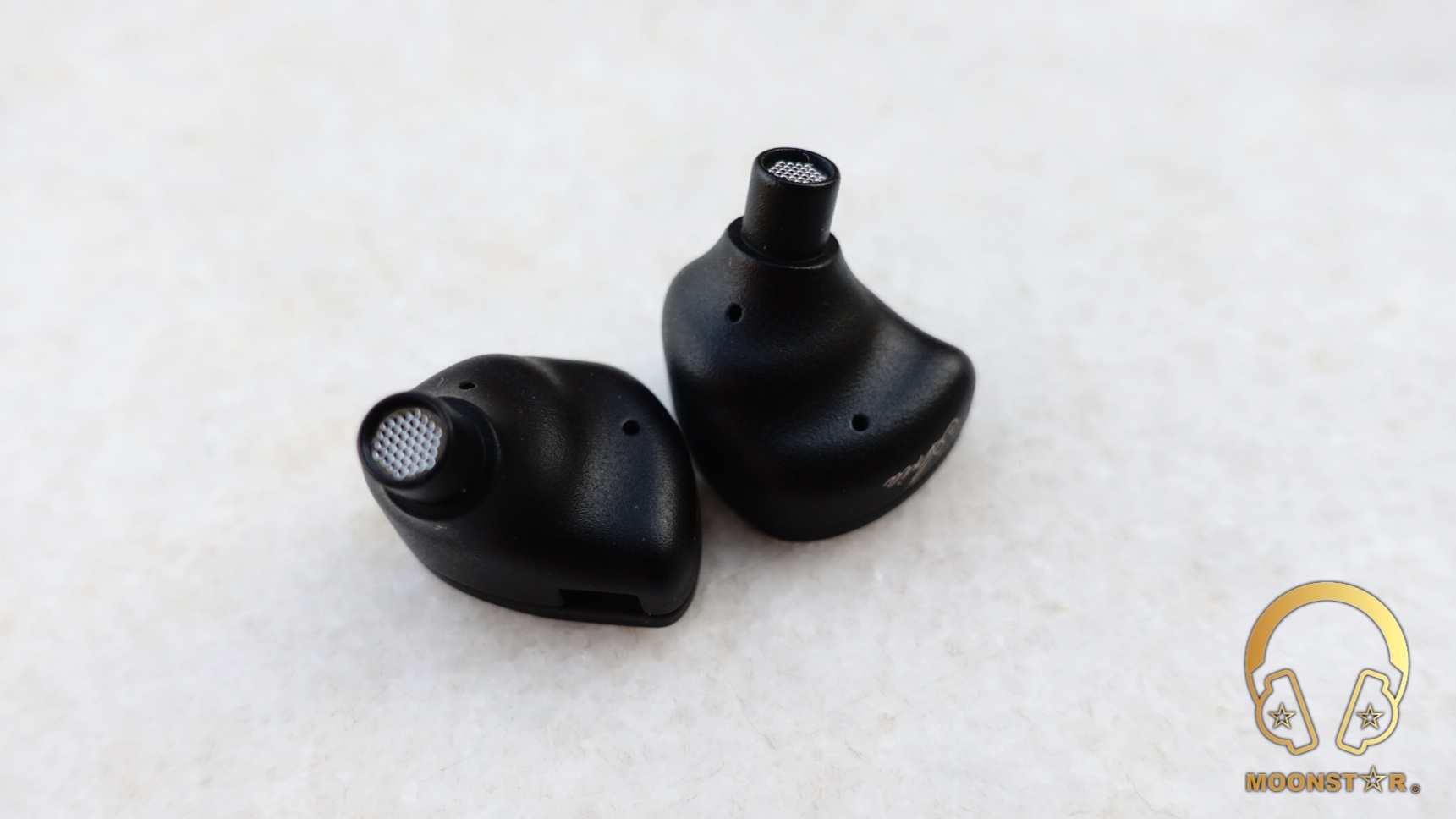 The sound nozzle has a short and angled profile that features a metal mesh on the top to avoid the insertion of small particles like dust or earwax in to the monitors shell. The Aria came with 3 pairs of spare meshes and filter that is a part of Moondrop’s “Patented Anti Clogging Filter System” that can be installed with a tool (tweezer) that was included in the package that are nice additions. 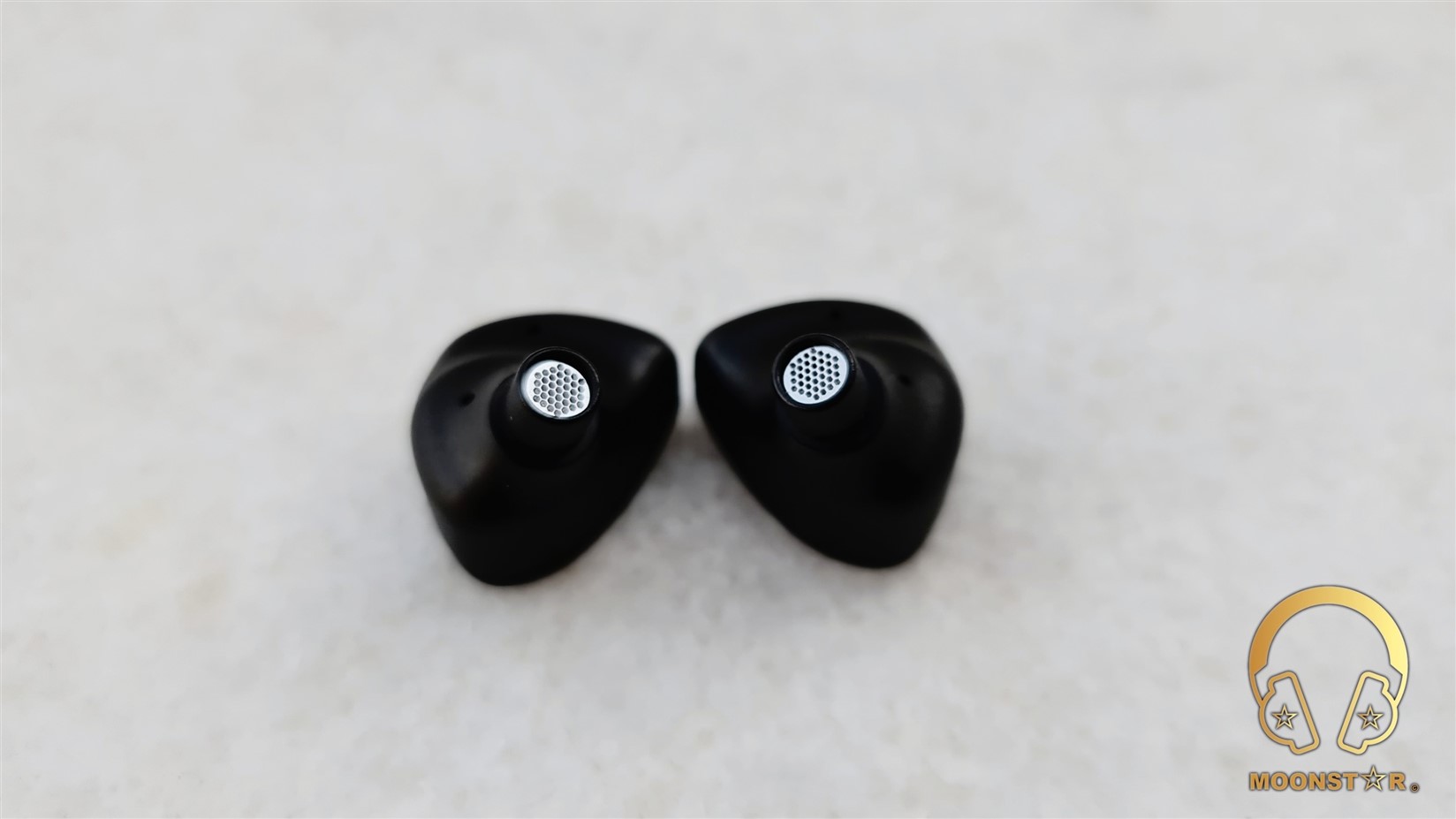 On the top of the monitor shell is the recessed 0.78mm diameter 2-Pin female connector that offers a tight and secure fit to the male connectors. 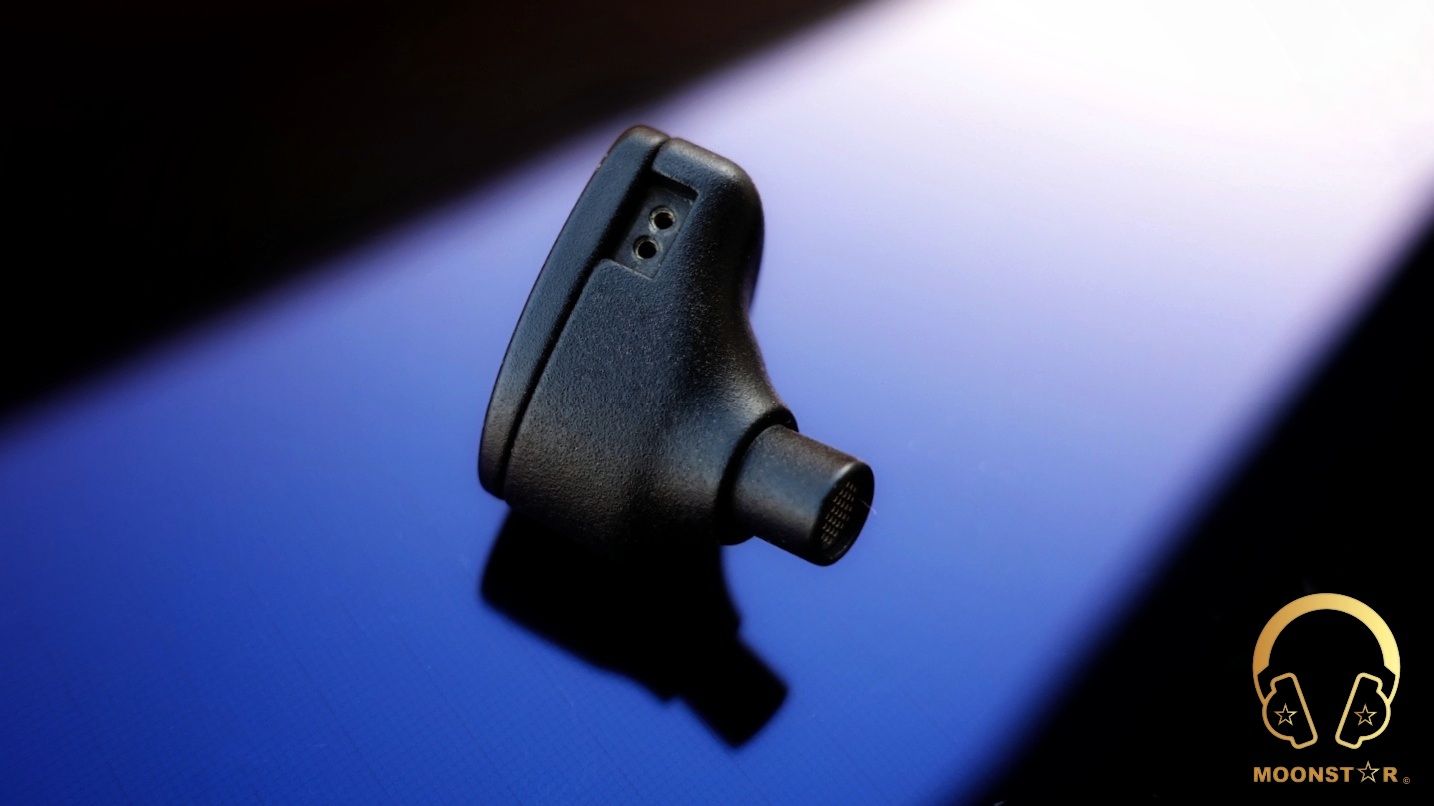 At the rear side of the monitor shell is the Aria branding in rose gold color. 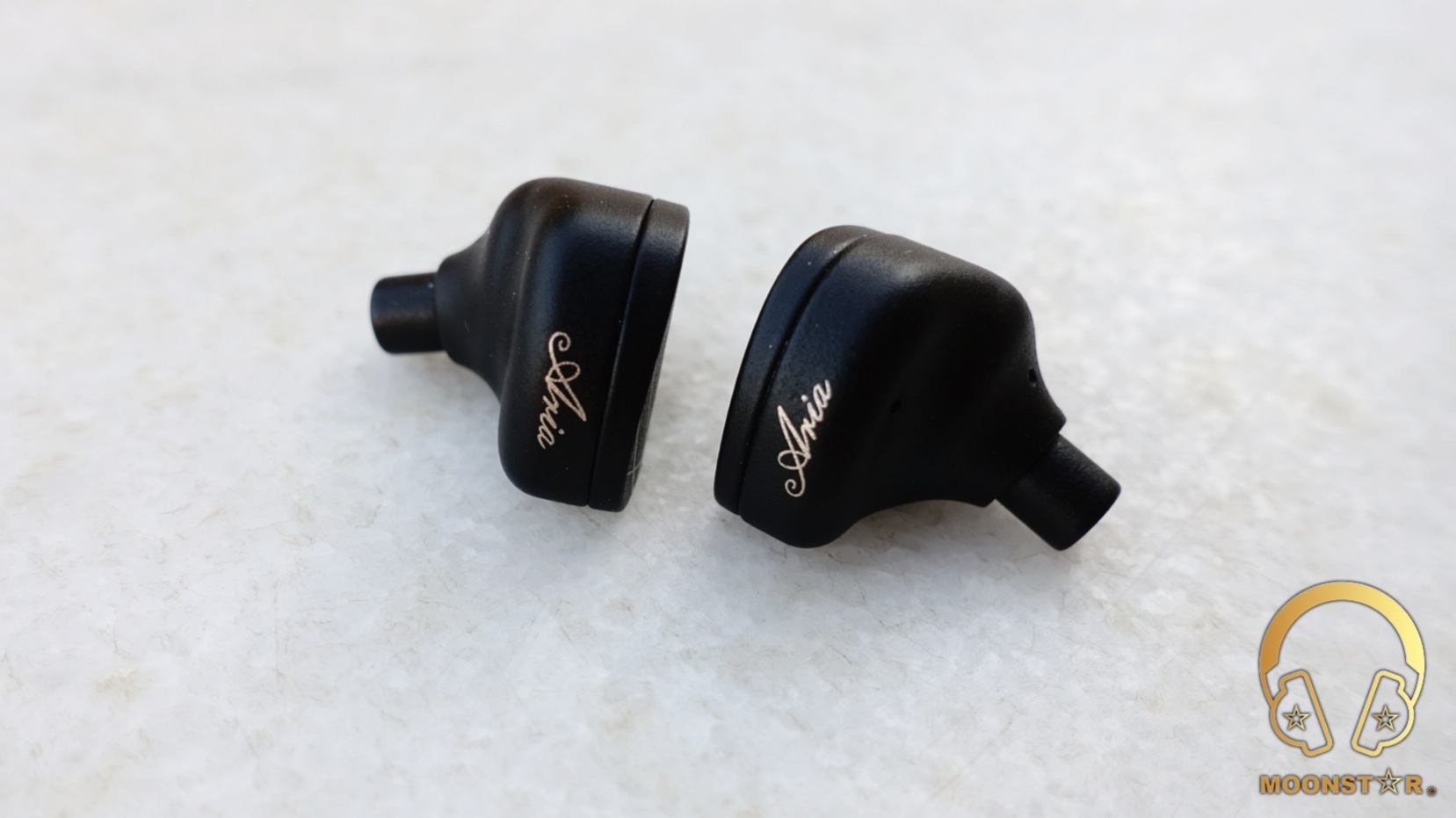 The Moondrop Aria comes with a detachable cable that has a braided design. 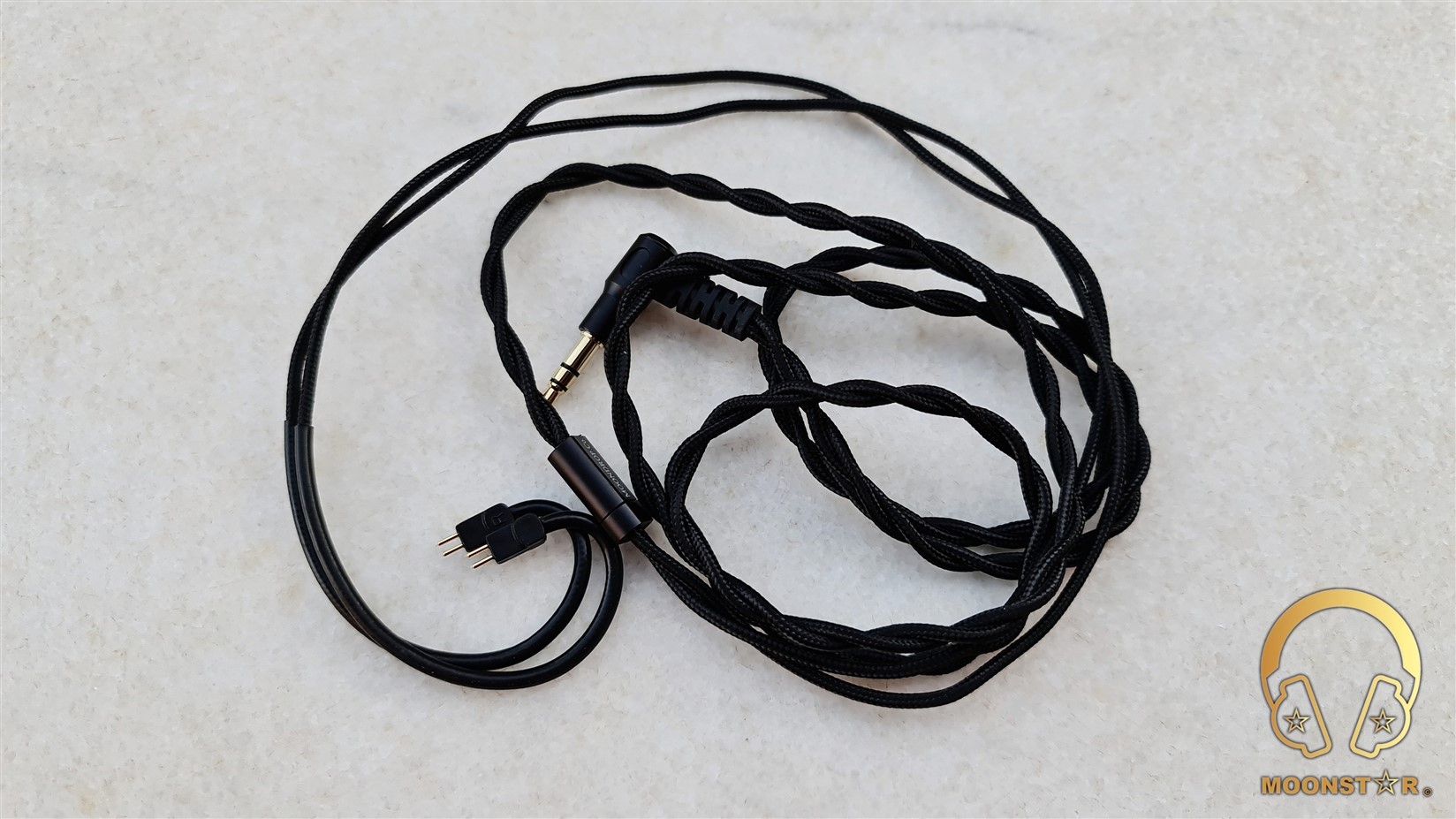 The cable is made of silver plated copper material and has a fabric isolation in black color. 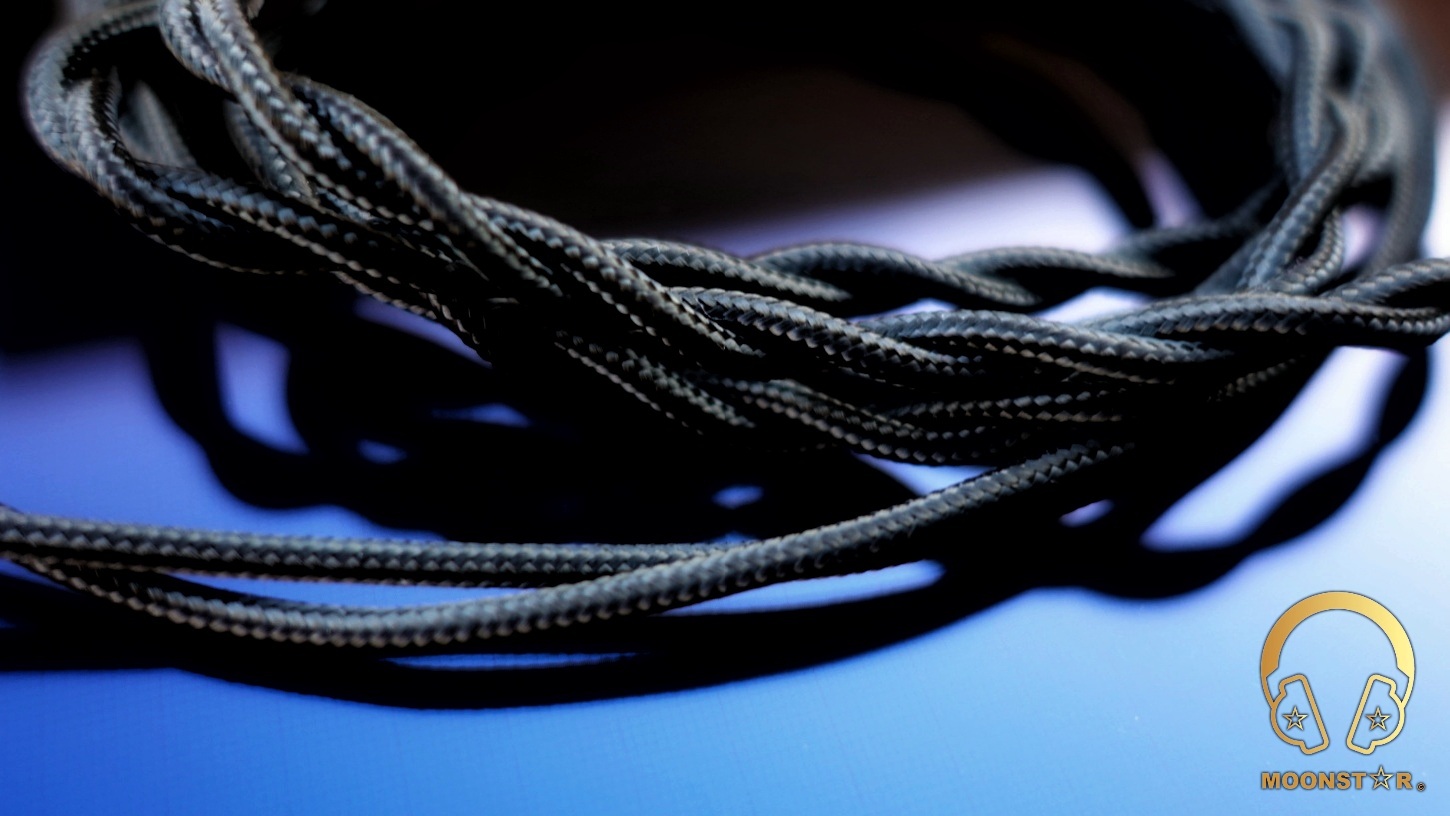 The 0.78mm diameter 2-Pin connectors to have a plastic housing with R (Right) & L (Left) markings on the surface. 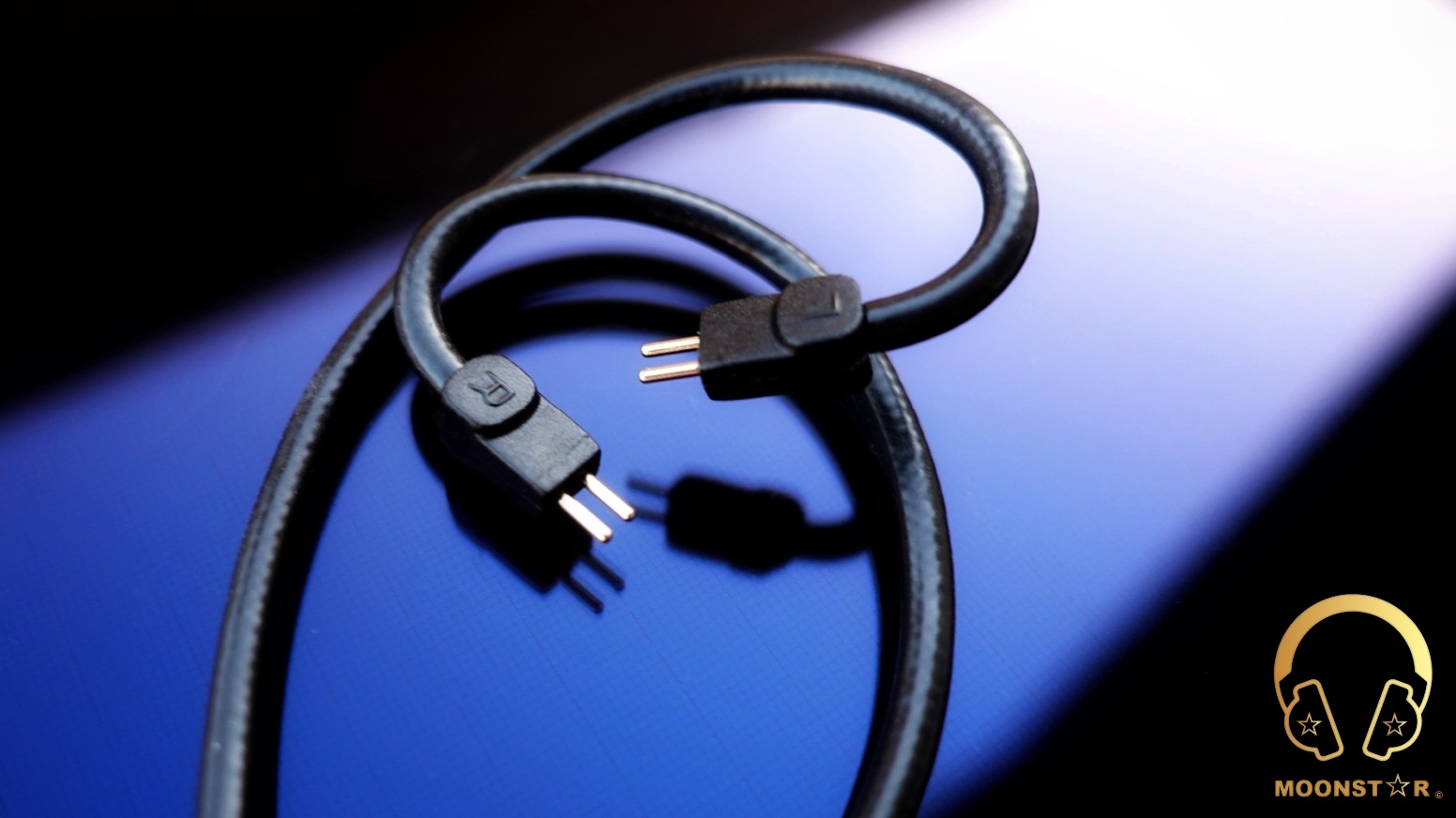 Near the connectors are PVC heat-shrink ear guides that are useful for a comfortable over the ear wearing experience. 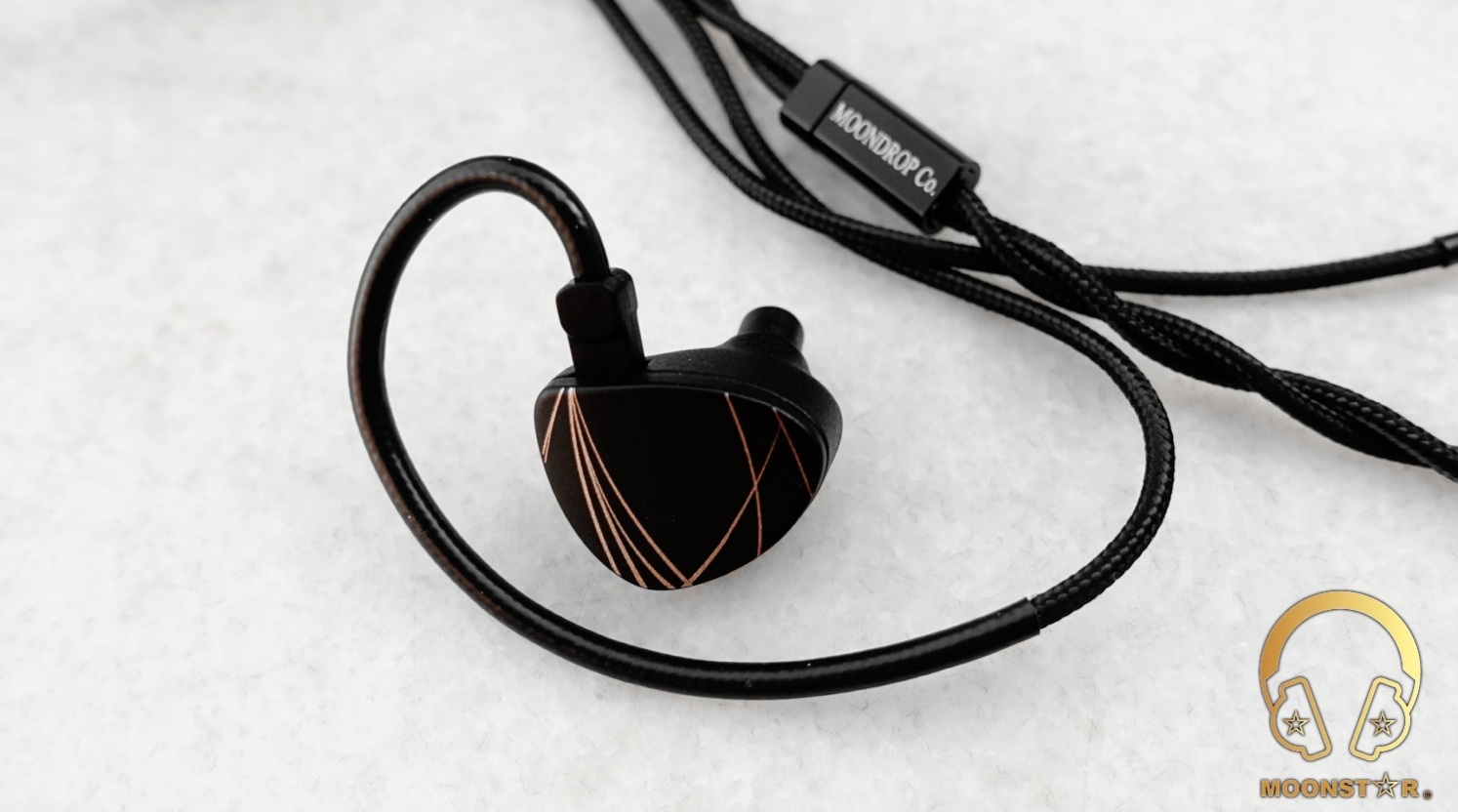 The cable sports a metal chin slider and metal Y splitter in black color. The Y splitter has a Moondrop branding on its surface. 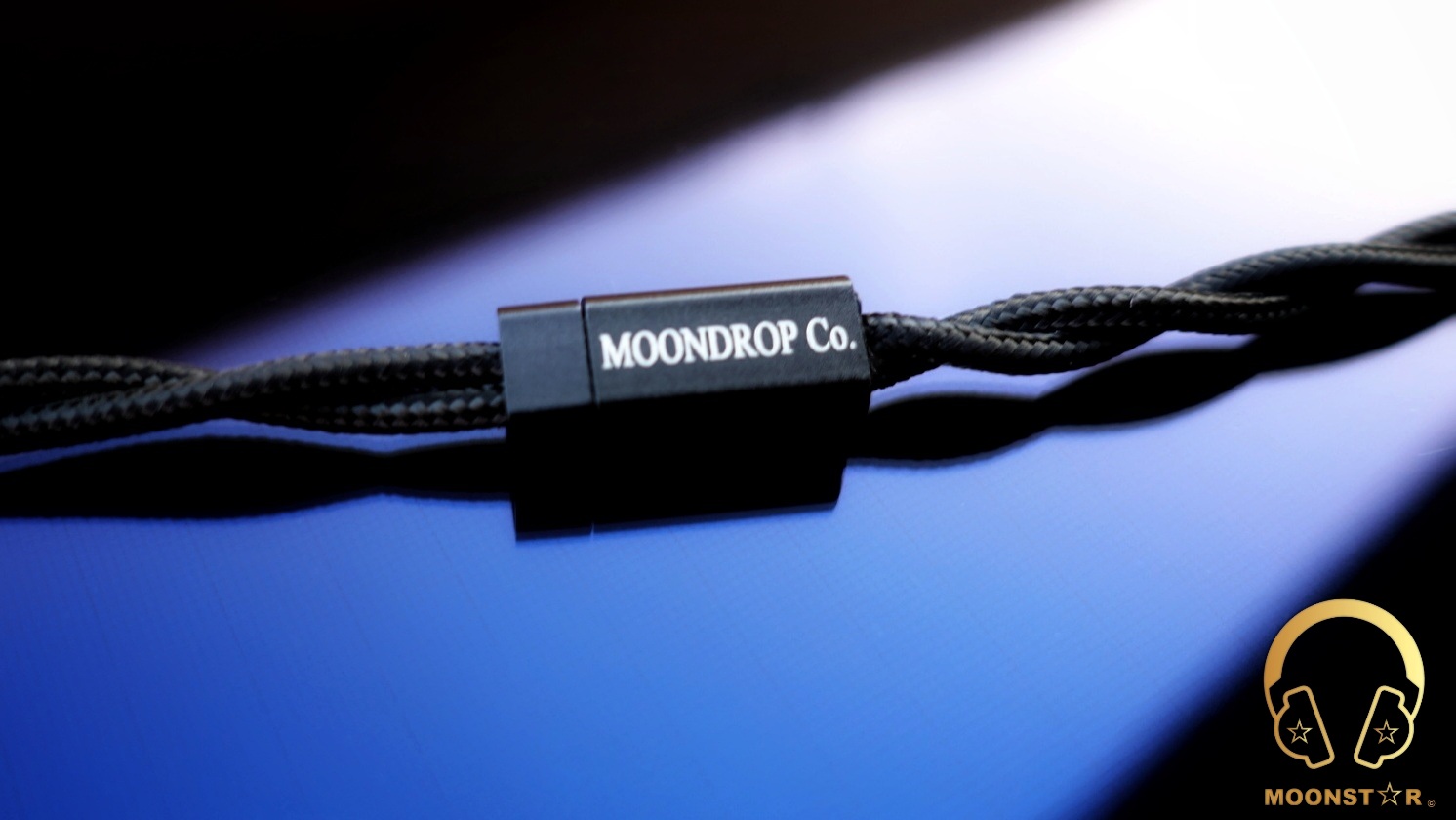 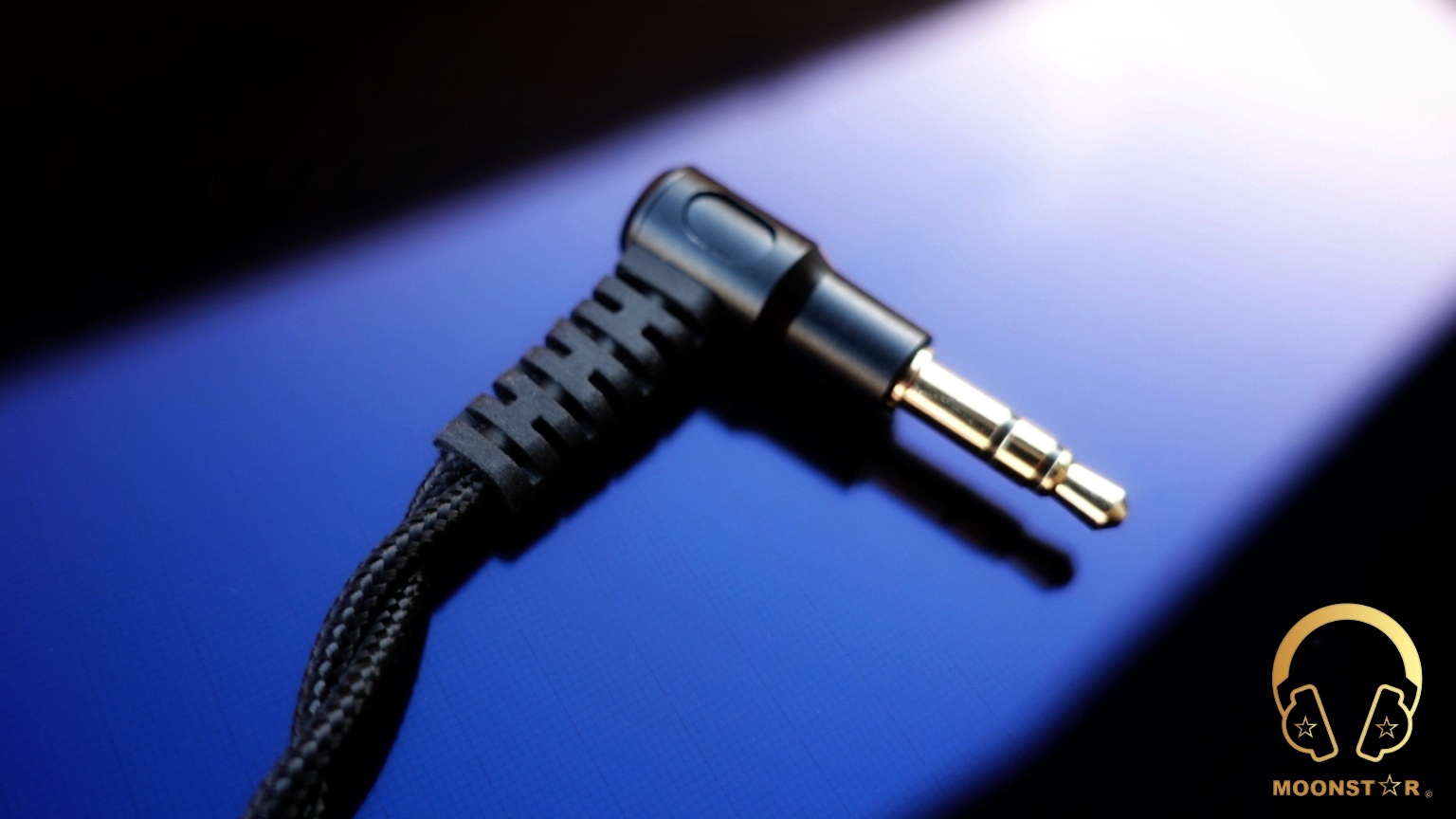 The Moondrop Aria has a monitor housing with a pretty ergonomic fit thanks to its relative small size and shape of the inner surface that didn’t hurt my ear concha’s even after long listening periods.

The passive noise isolation of the Aria is on an average level that is sufficient for the use in public transportations like bus, metro, bus or train.

The Moondrop Aria has an impedance of 32ohm and shows a sensitivity of about 122dB@1kHz which makes it to an easy to drive IEM for sources like Smartphone’s, Tablets and smaller sized DAP’s with weak amplification capabilities. 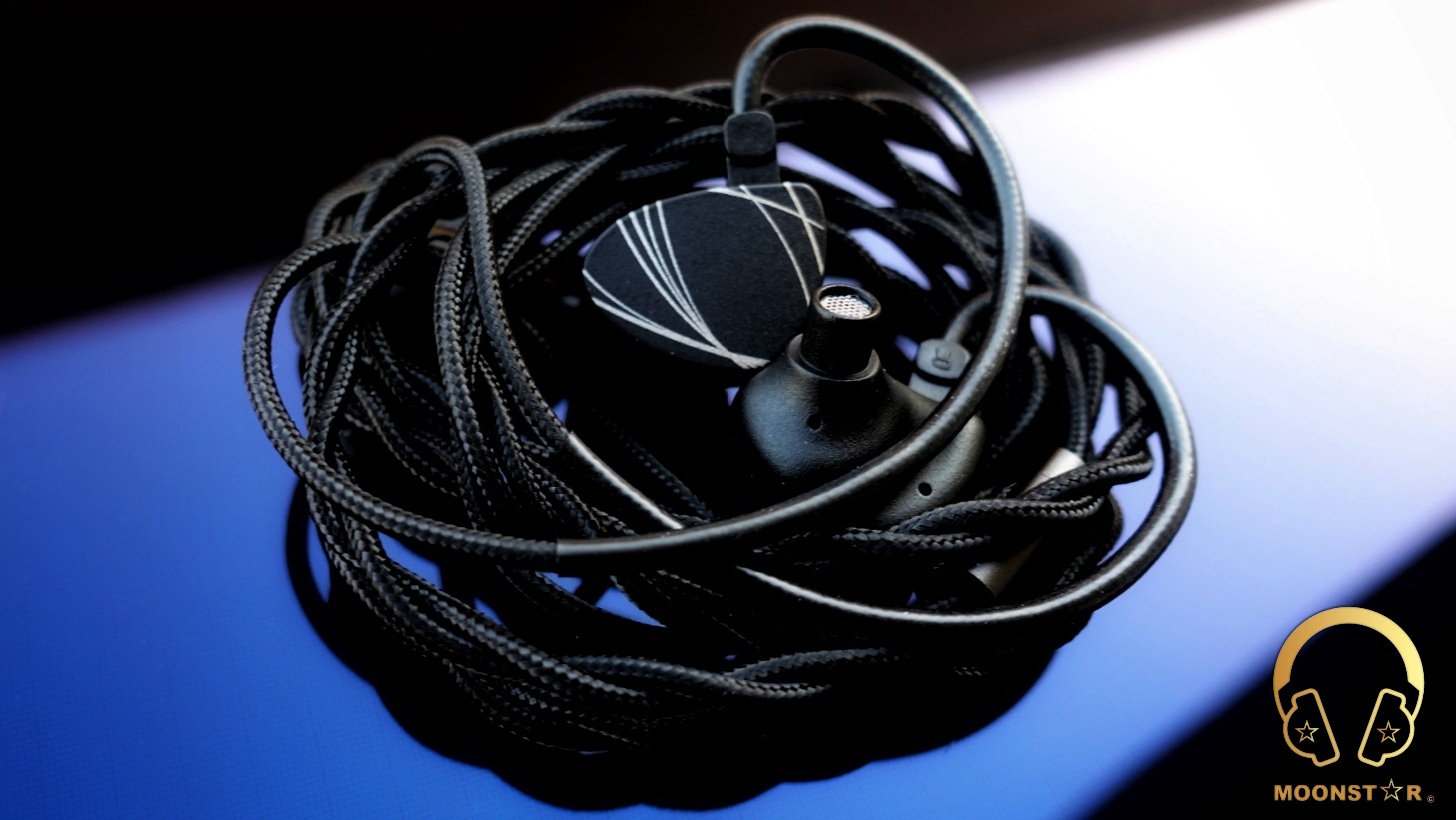 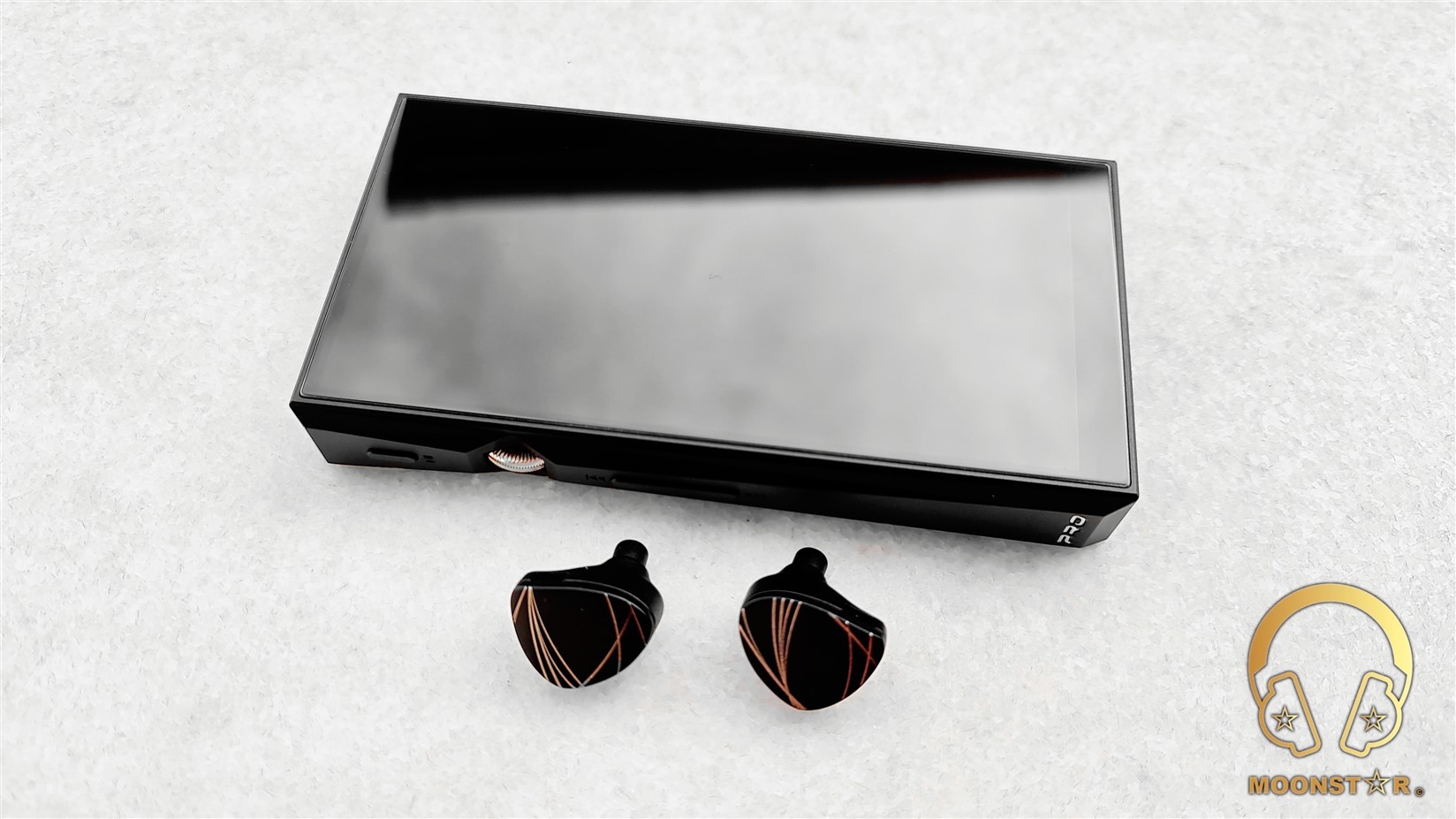 The Moondrop Aria (aka 2021) offers a very easy to love sound character and pretty balanced presentation with a slightly warmer than neutral tonality. The bass has a linear response with good level of speed and control, while the midrange shows a mildy-bright, quite transparent and emotional when I do listen to instruments or to vocals. The treble range on the other hand sounds pretty airy, has a moderate level of extension and shows a good sense of resolution, without to sound shouty or sharp.

This review is written after a burn-in period of 50 Hours and have used the stock silicone ear tips and cable that are included to the package. 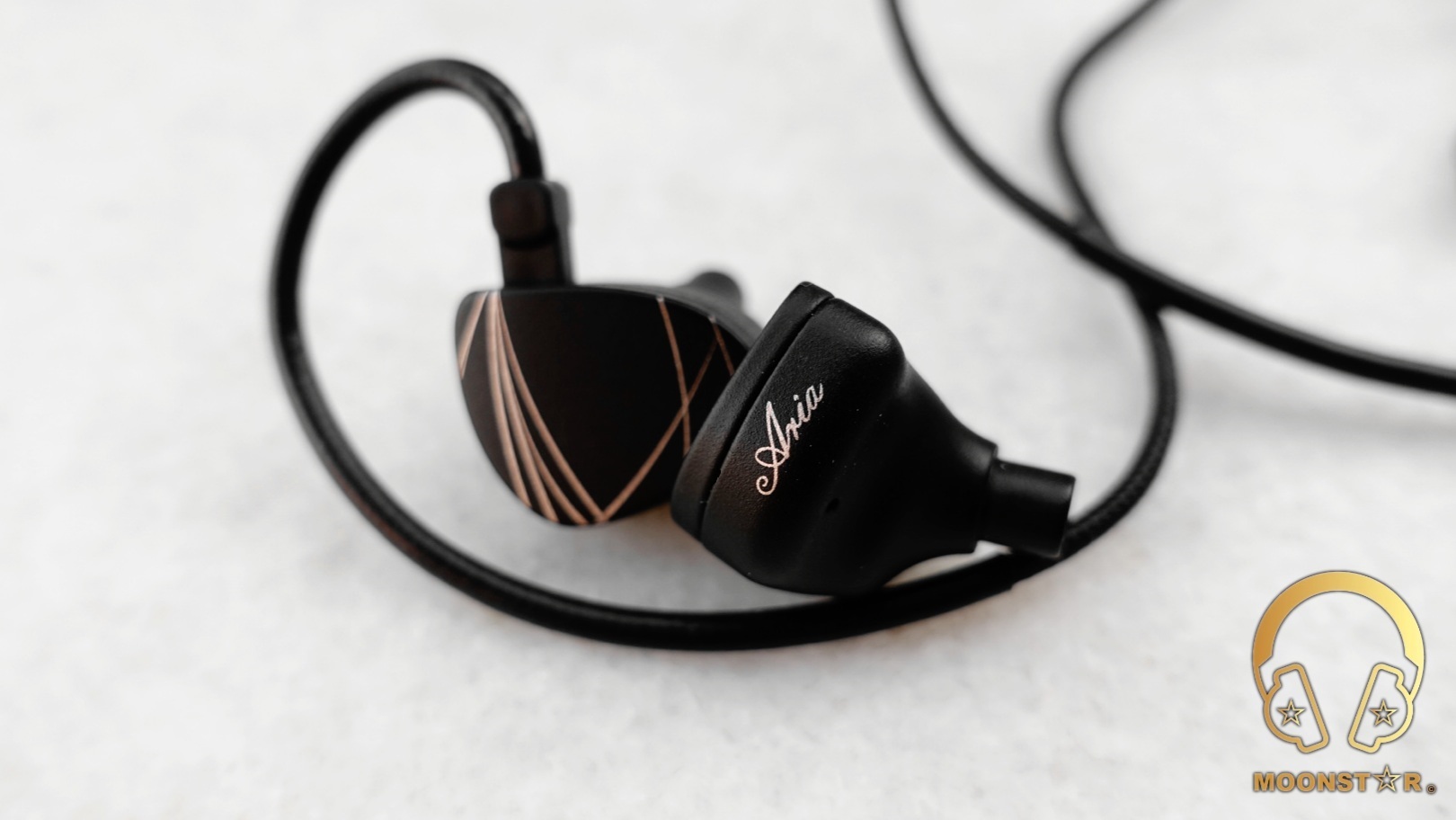 The Moondrop Aria shows a pretty linear bass response with good sense of speed and control for an IEM at this price range that is equipped with a single dynamic driver. The subbass of the Aria has a nicely soft character and moderately warm tonality. It shows a sufficient amount of depth, intensity and rumble when called for. The subbass doesn’t stands out in the general presentation, but offers a good performance in terms of transparency and control and decay.

The subbass rumble in Really Slow Motion’s “Deadwood”, Massive Attack’s “Angle” or Jo Blankenburg’s “The Magelan Matrix” is maybe not on a basshead level, but has a sufficient level of depth and quantity for my taste.

The Moondrop Aria offers a pretty linear midbass response with good sense of clarity, control and resolution. It doesn’t shows any unwanted muddiness, midbass hump or and mixings (midbass bleed) when I did listen to a wide variety of genres from Metal to EDM, from Jazz to Rock & Pop music.

The midbass has a tight character rather than to be boomy and shows a moderate level of intensity an impact that will be sufficient for most listeners with exception of bassheads. Instruments such like drums, trumpets or bass guitars are produced with a quite natural sense of depth and intensity. 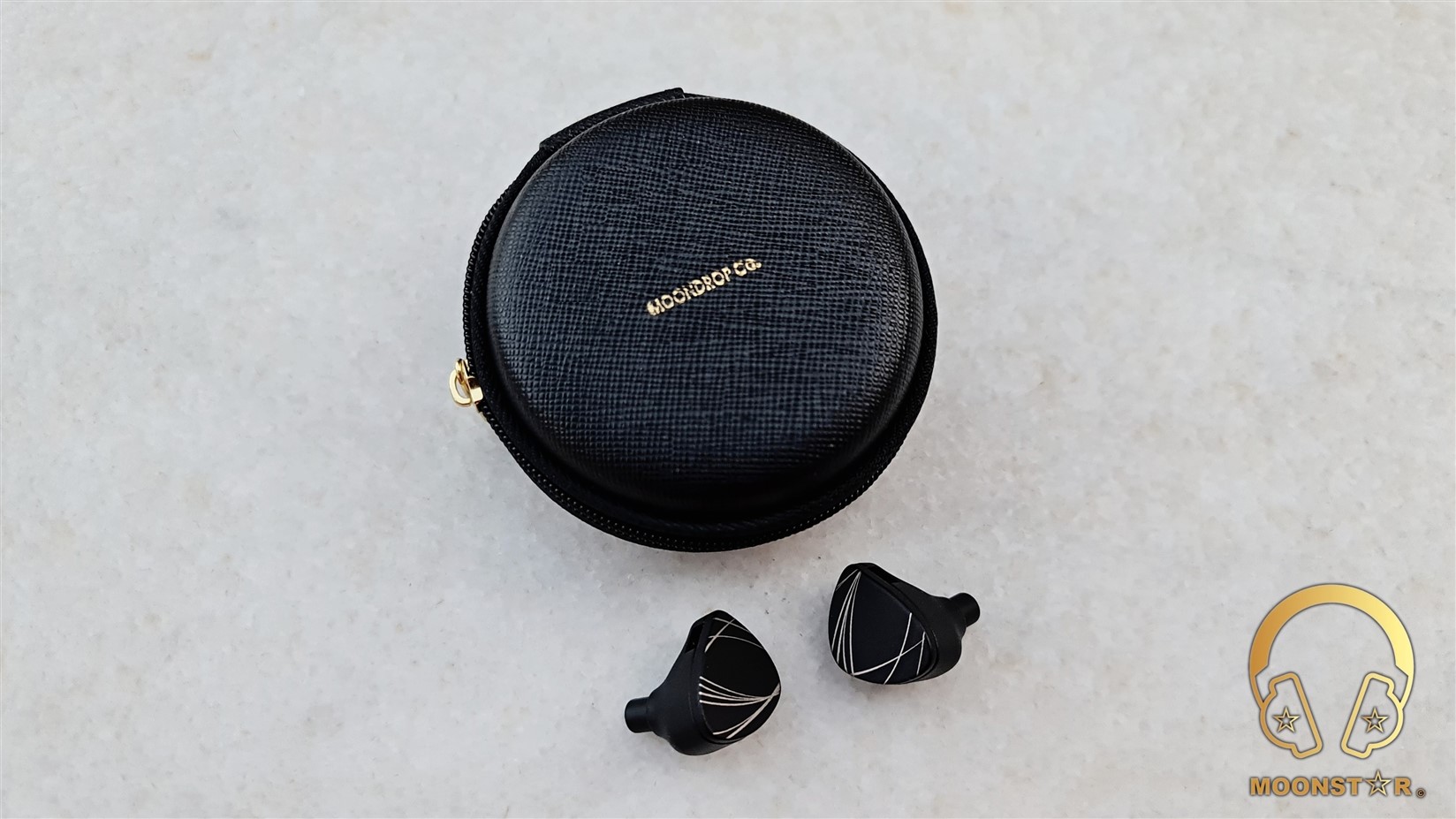 The midrange of the Moondrop Aria has a tad warmer than neutral tonality and shows a very good sense of clarity and airiness while listen to both vocals and instruments.

The lower midrange of the Moondrop Aria is slightly less pronounced compared to the upper midrange area, while is still has adequate amount of intensity and fullness while listen to male vocals like Barry White and Isaac Hayes to Sting and David Bowie. The transparent character of the lower midrange does increases the detail retrieval of male vocals.

The upper midrange of the Aria 2021 is more highlighted and detailed compared to the lower midrange area. Female vocals from Aretha Franklin to Dina Krall from Sarah McLachlan or Dionne Warwick do sound lively and are reproduced with a good sense of clarity and emotion, without to shows a remarkable sibilance or harshness

The Moondrop Aria has a warmish and close to neutral instrument tonality that will reproduced with a quite lively, clean and realistic presentation. The separation and clarity is on a good level especially for an IEM at this price range. For example, instruments such as guitars do sound fairly soft, clear and detailed, while violins do have a bright tonality and are reproduced with decent level of transparency and naturalness.

If you like a natural and lively midrange presentation with good sense of clarity and resolution with respect to the price, the Moondrop Aria will for sure fulfill your expectation. 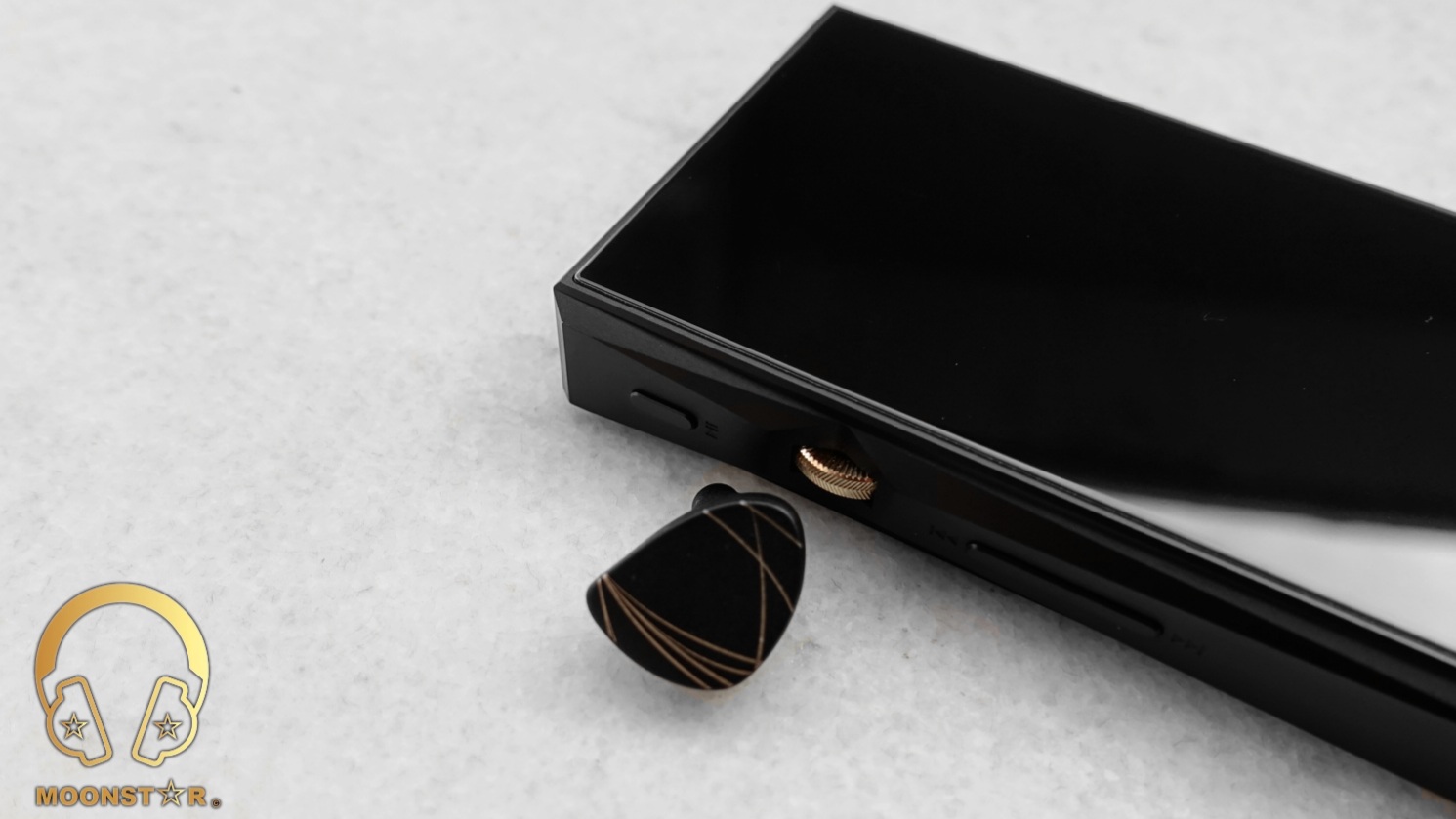 The Moondrop Aria shows a pretty pronounced upper midrange emphasis along with a fairly neutral tonality. The transition from the upper midrange towards the lower treble area are in general smooth and controlled, without any unwanted sibilance or harshness. Instruments like violins and flutes do sound pretty emotional, controlled, while the extension is on an average level.

When it comes to the treble range the Moondroop Aria shows a mildly bright tonality and offers a moderate level of extension. This area sounds fairly controlled without to shows an annoying sharpness or harshness. For example; trash metal cymbals are pretty fast and pronounced, while hi-hats are slightly in a bit in the background but clear, without any mixings.

The lower treble area is more pronounced and detailed compared to the upper treble region and has a noticeable peak around the 5 kHz region, which was visible in some frequency graphs. This region shows a good sense of clarity and definition, while the resolution is on a sufficient level.

The upper treble region is less pronounced since the Moondrop Aria has an audible roll-off ibn this area with a mildly peak around the 8 kHz region that adds some additional airiness and sparkle to the overall presentation. The extension in this area is a bit short, while the general presentation is free of sharpness, which makes the Aria to a good choice for treble sensitive people. 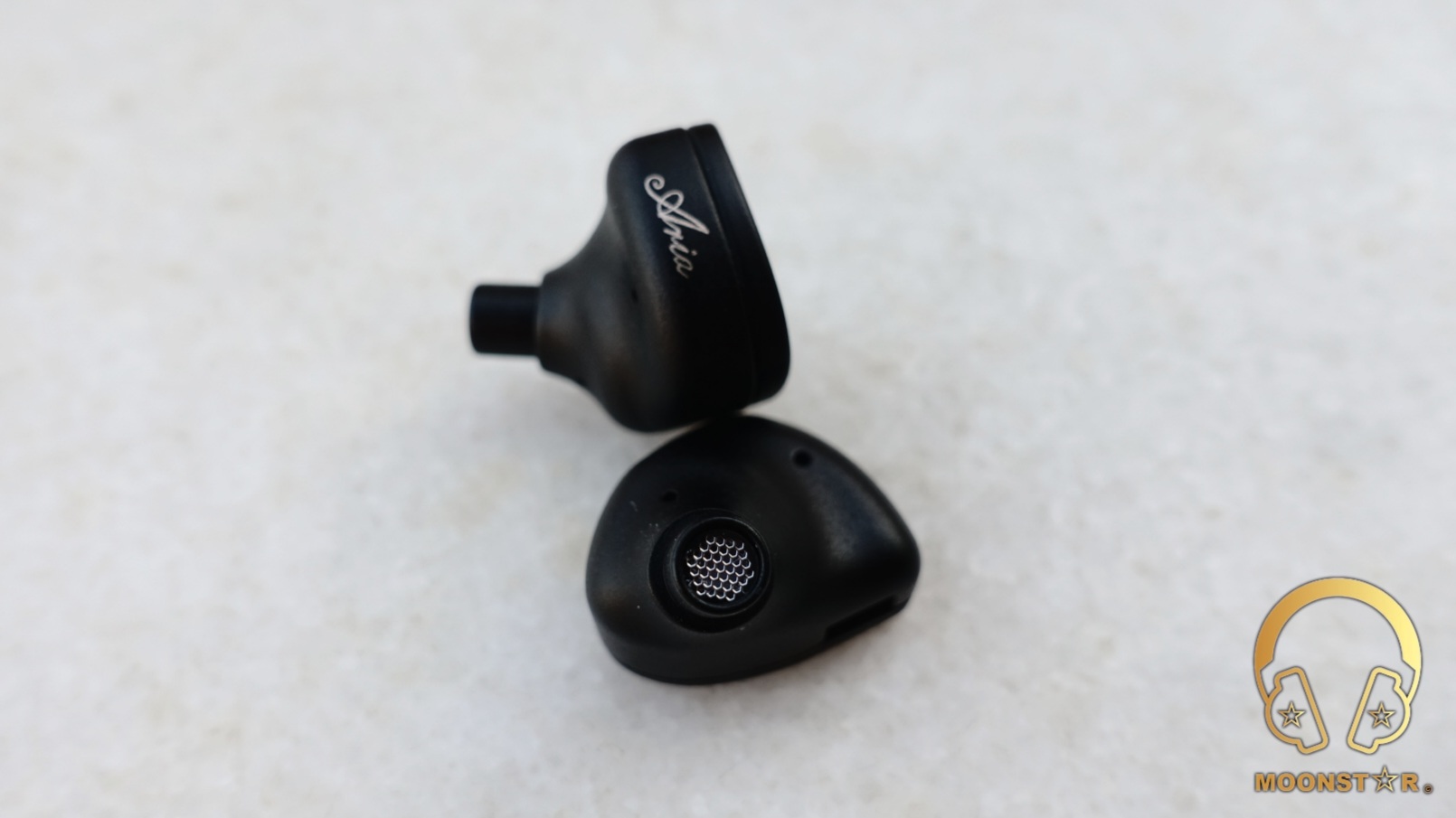 The Moondrop Aria is a pretty successful In-Ear Monitor for its price when it comes to the separation and placement of instruments and vocals. The soundstage shows a moderate sense of depth and wideness, while the neutral air between the instruments gives the stage a fairly airy atmosphere when I do listen to Jazz o Classical music.

Moondrop Aria versus Whizzer HE01 Kylin:

Both the subbass and the midbass of the HE01 are slightly more highlighted and do show more depth and intensity, while the Aria has a more linear response with a bit better sense of contol. 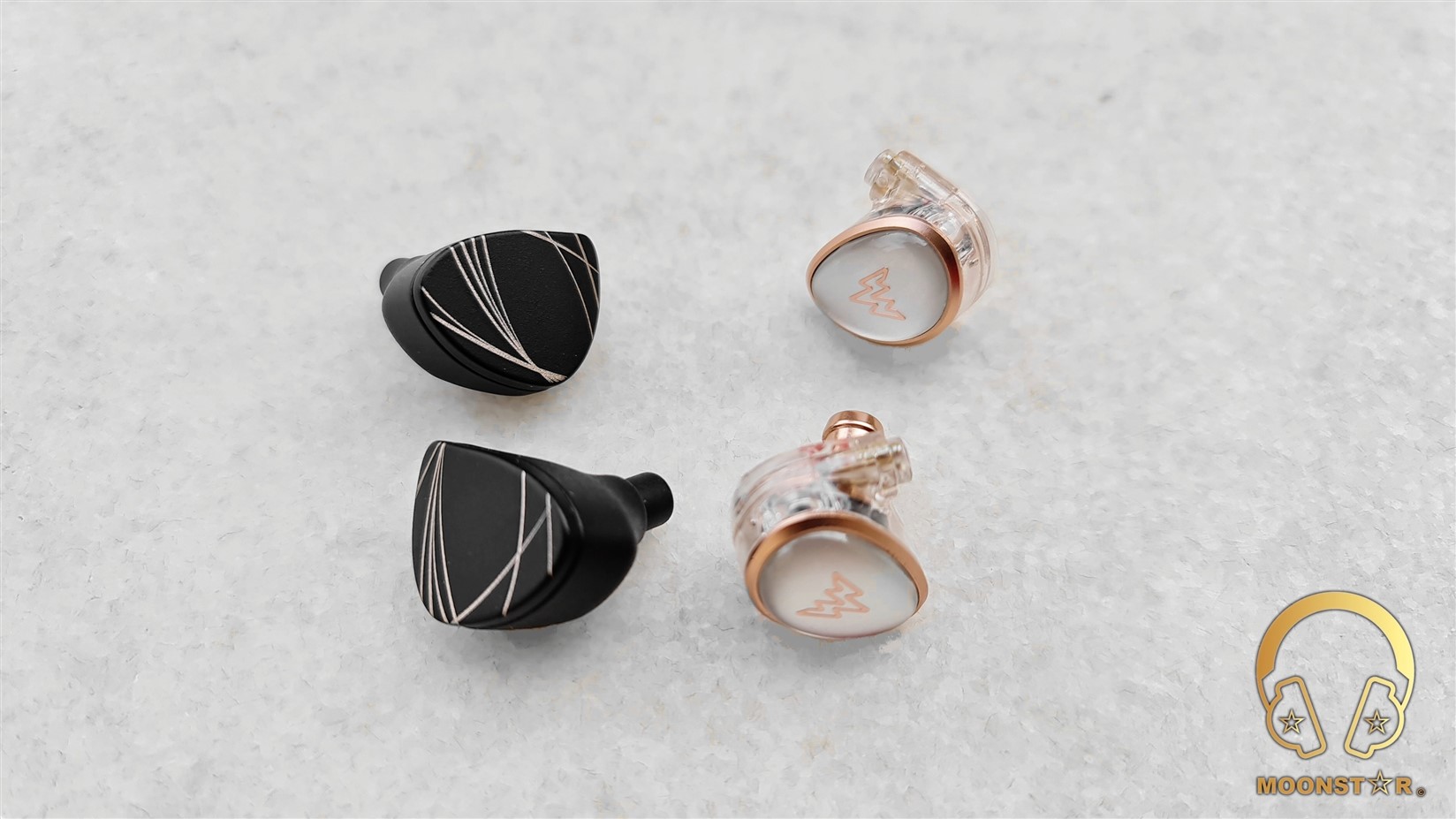 The treble range of the Whizzer HE01 shows slightly more intensity and sharpness, while both IEM’s do offers a pretty similar sense of airiness and sparkle.

The performance of both IEM’s is close in terms of soundstage wideness, while the Moondrop Aria has a slight advantage when it comes to the depth and airiness of the stage.

Both the Moodrop Aria and the FiiO FD1 do come with a single dynamic driver configuration, while the Aria has a more premium look and feel with is metal housing.

The FiiO FD1 shows a warmer tonality and fuller presentation, compare to the Moondrop Aria that has a more neutral tonality and balanced presentation. The subbass region of the Aria has a bit more intensity and rumble, while both are controlled in this area. The midbass region is pretty similar, however the Aria has a slightly advantage in terms of speed and authority.

The lower treble range of both IEM’s is smooth and fatigue free and shows a moderate level of extension. The main difference is in the upper treble region where the FiiO FD1 shows an additional peak around the 8kHz region.

Both the Moondrop Aria and the FiiO FD1 do shows a decent performance in terms of imaging and soundstage depth and wideness. 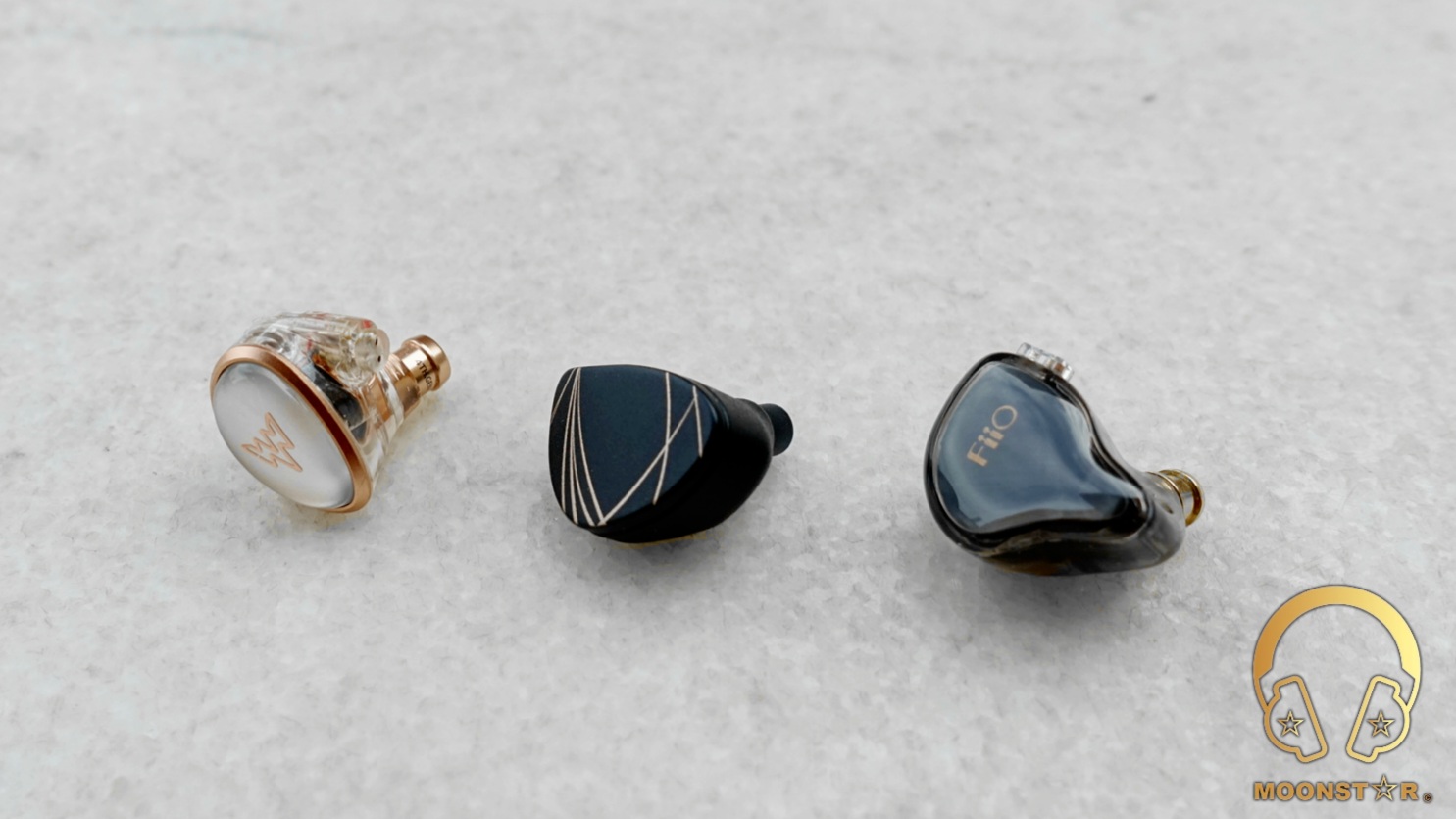 The Moondrop Aria is a very robust In-Ear Monitor with a beautiful look and feel that has a balanced, mature and somewhat easy to love sound profile. The linear and controlled bass response, highly transparent & lush midrange character and finally the treble tuning, which is nicely smooth and fatigue free making the Aria to an IEM with a high value for your money.